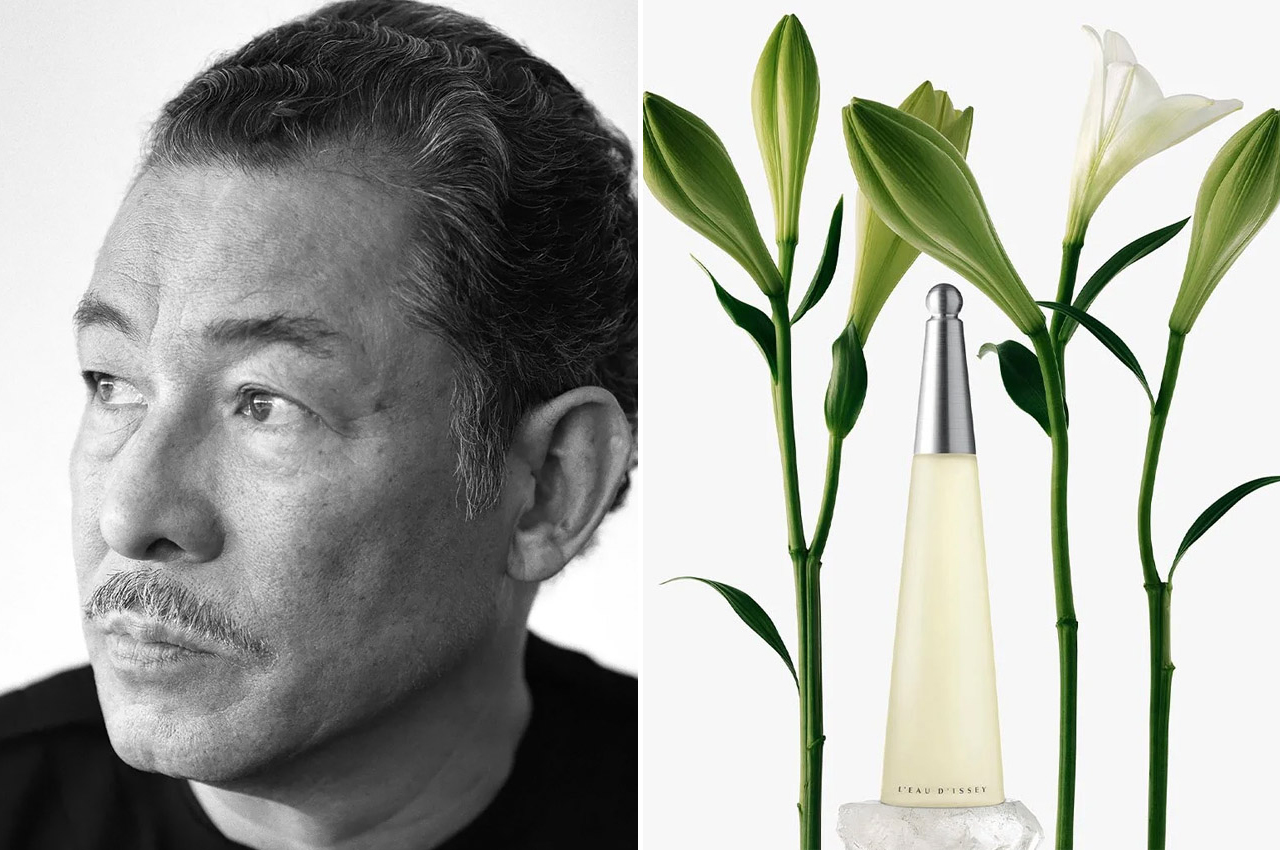 Prolific fashion designer Issey Miyake passed away on the 5th of August, his company revealed today. Miyake, whose name became synonymous with Japan’s economic and fashion boom in the 1980s, died after a long fight with liver cancer. Known for his innovative styles and fragrances, Miyake built a global fashion brand, which included designing Steve Jobs’ famous black turtle neck jumpers. In 1992, Miyake debuted his line of fragrances, titled L’eau d’Issey (which also sounded like l’odyssey), inspired by oceanic themes. It was rumored that one bottle was sold every 14 seconds. Miyake’s also well known for his project A-POC (A Piece of Cloth), which can now be seen in museums and used a special weaving machine that made outfits out of one continuous tube of fabric. The A-POC technology whereby a single piece of thread is fed into an industrial knitting or weaving machine programmed by a computer was not only able to create a new form of mass-produced clothing with a high degree of variation but was also able to control the amount created through the process of casting. A-POC was revolutionary in that the process converted a single thread into a fabric with texture, shape, and clothing based upon a computer concept of engineering design. The Museum of Modern Art (MoMA) in New York has one of the earliest evolutions of A-POC (QUEEN) in its permanent collection. He was also the founder and long-time director of 21_21 Design Sight, one of Tokyo’s first and most prominent design museums and exhibition spaces. And, we’ve put together some of Miyake’s most iconic works together to pay a tribute and remember all the extraordinary gifts he has provided to the design world! 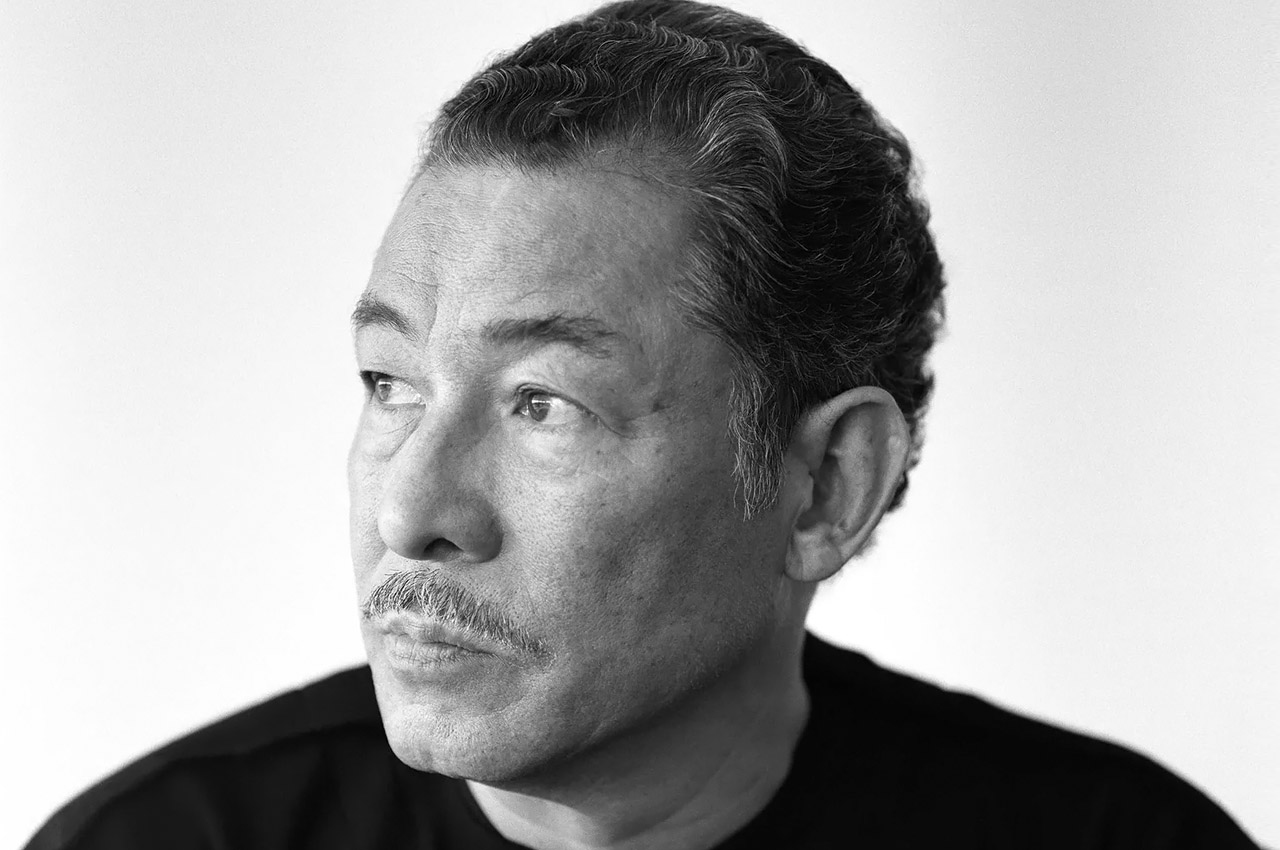 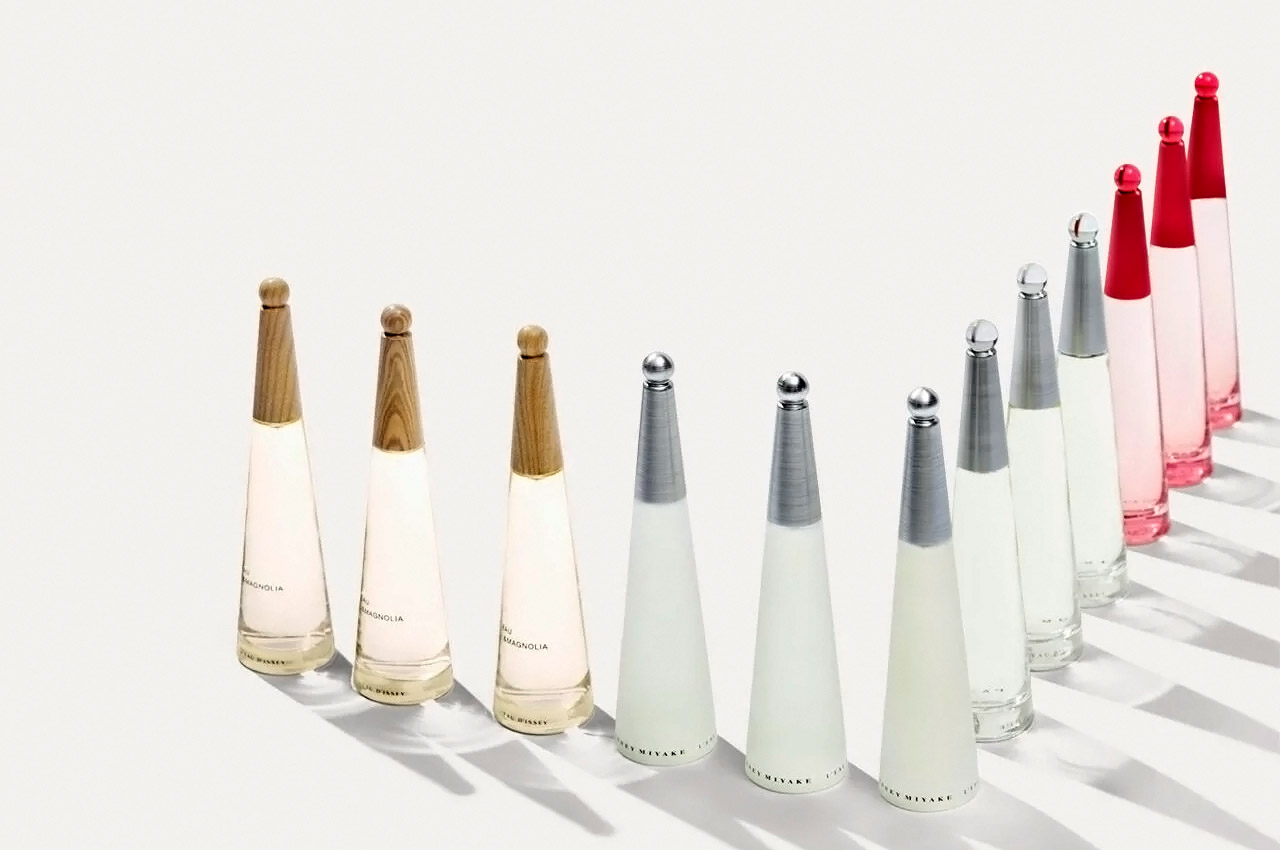 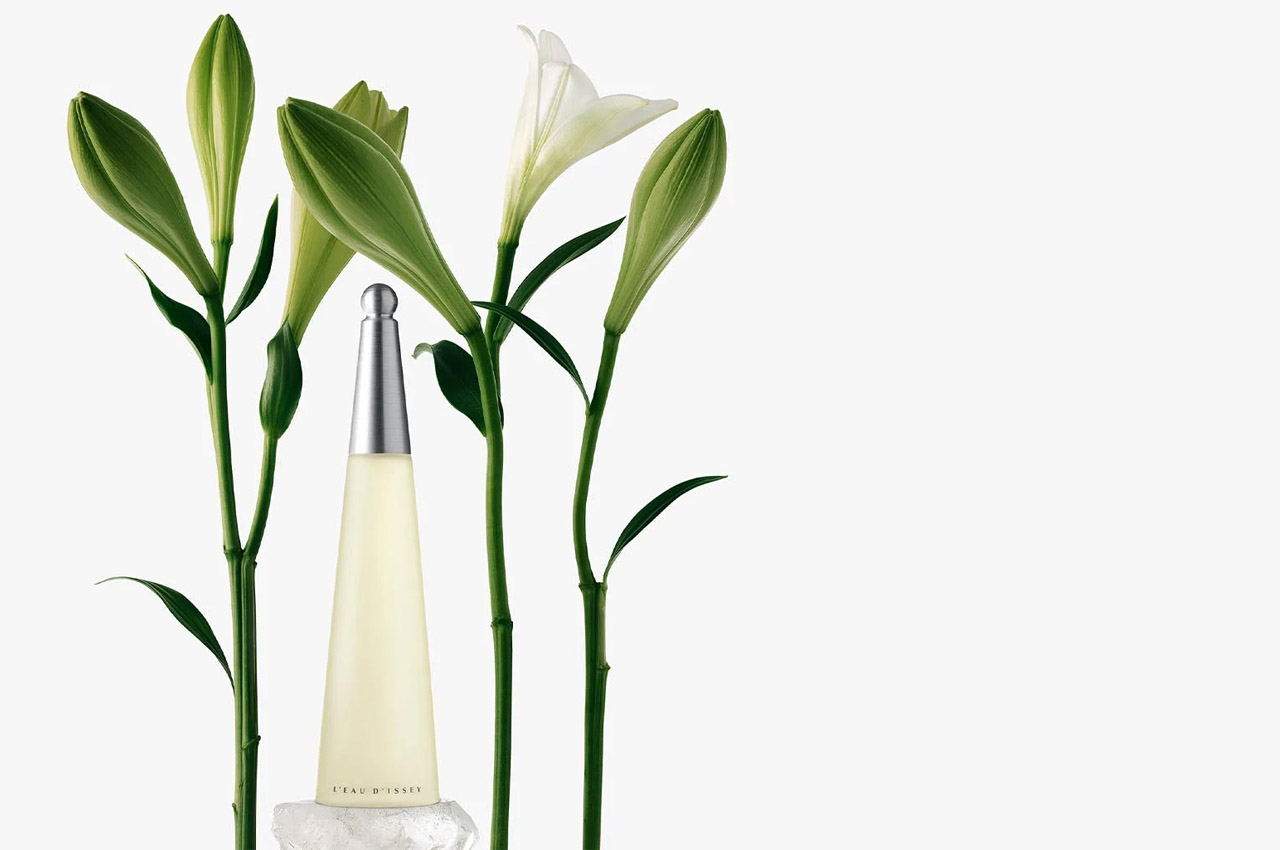 Issey Miyake’s first iconic fragrance was, “L’Eau d’Issey”. This elegant fragrance was inspired by water – the purity of the liquid, and the fact that it gives life to one and all. It quite literally translates to the ‘water of Issey’. Through the years, L’Eau d’Issey, has achieved a timeless trait. Its fresh, aquatic, and floral scent has stayed relevant and has in fact been reinterpreted throughout the years, leading it to be sold every 14 seconds (or so they say)! Miyake’s perfumes are usually inspired by nature and contemporary life, he always attempted to bring familiar smells to us in new and exciting ways. 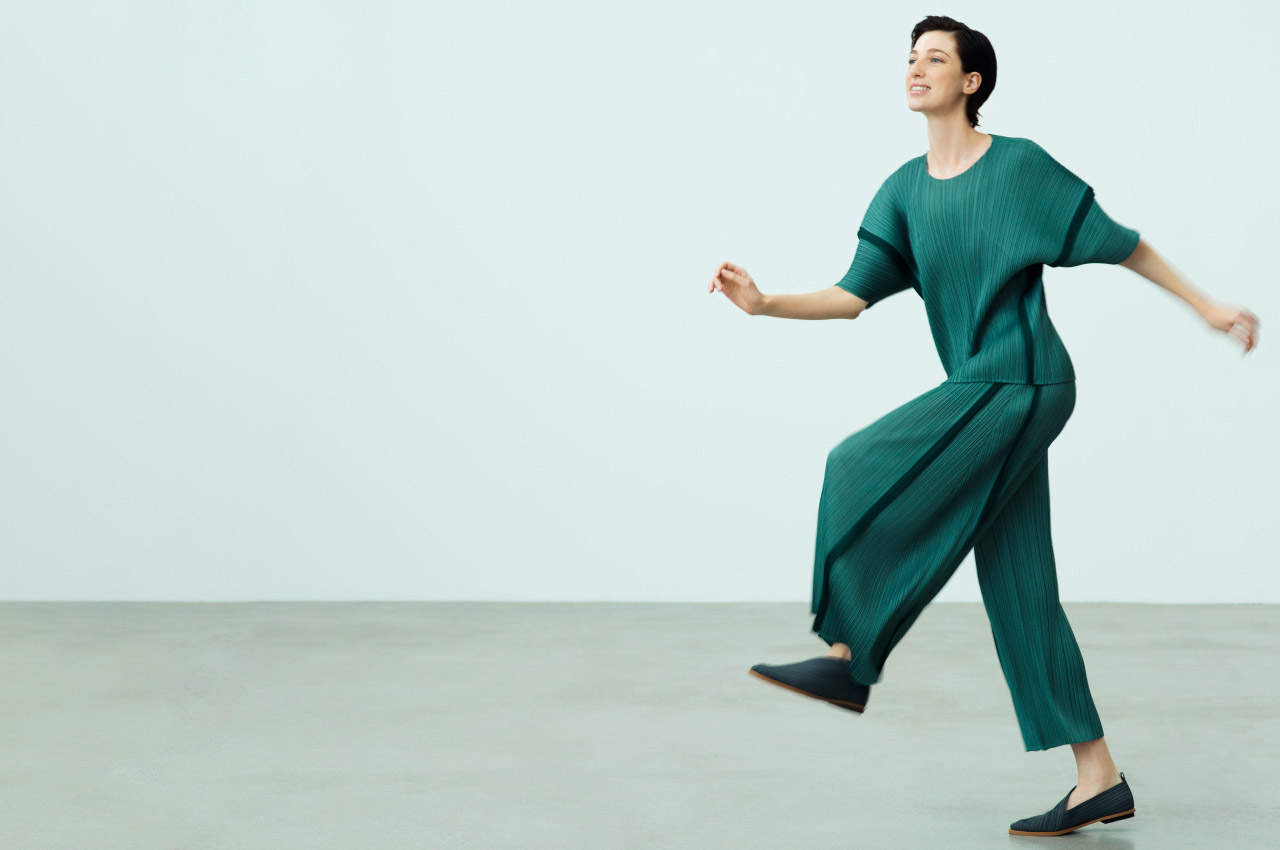 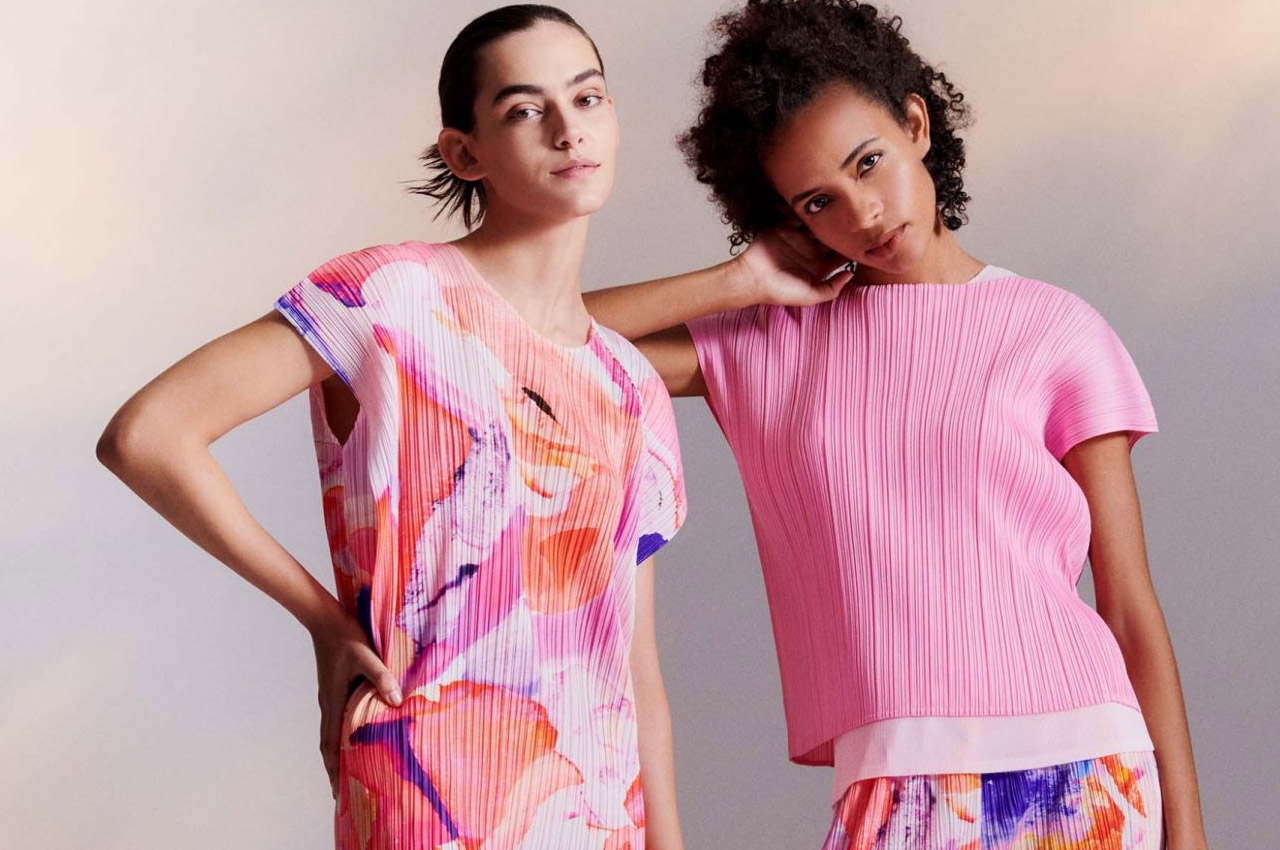 The story behind Issey Miyake’s Pleats Please brand is really an interesting one. In the ISSEY MIYAKE line in 1988, Miyake first launched a garment pleating technique that was SO unique, that it had never been seen before. He basically reinvented pleats by – developing materials from a single thread, and then adding the pleats after the clothes are sewn into shape. This one-of-a-kind line grew like crazy until it finally transformed into a brand of its own! The clothes with the Pleats Please label do not wrinkle, nor do they need to be dry-cleaned. In fact, they can be folded into the most compact size ever, making them extremely easy to pack into suitcases and carry from one place to another. 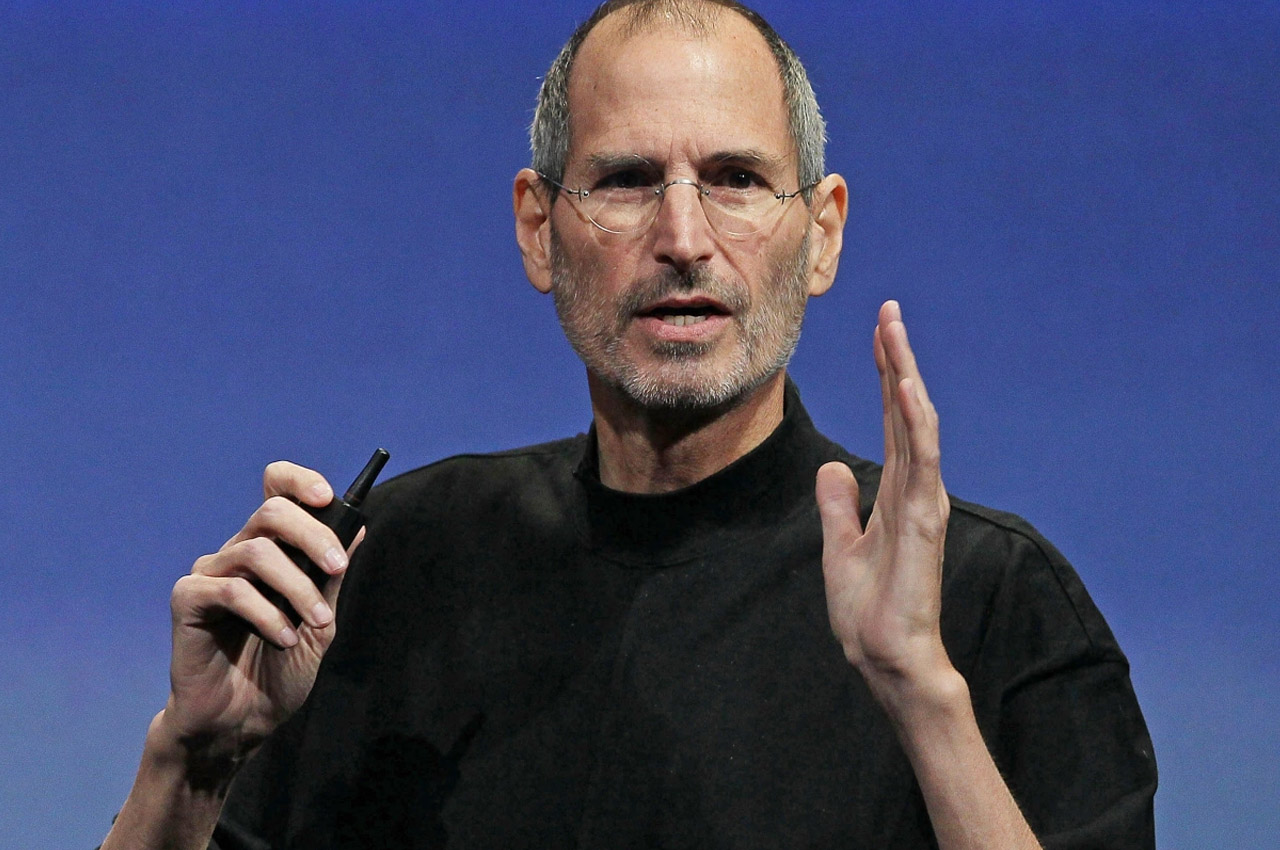 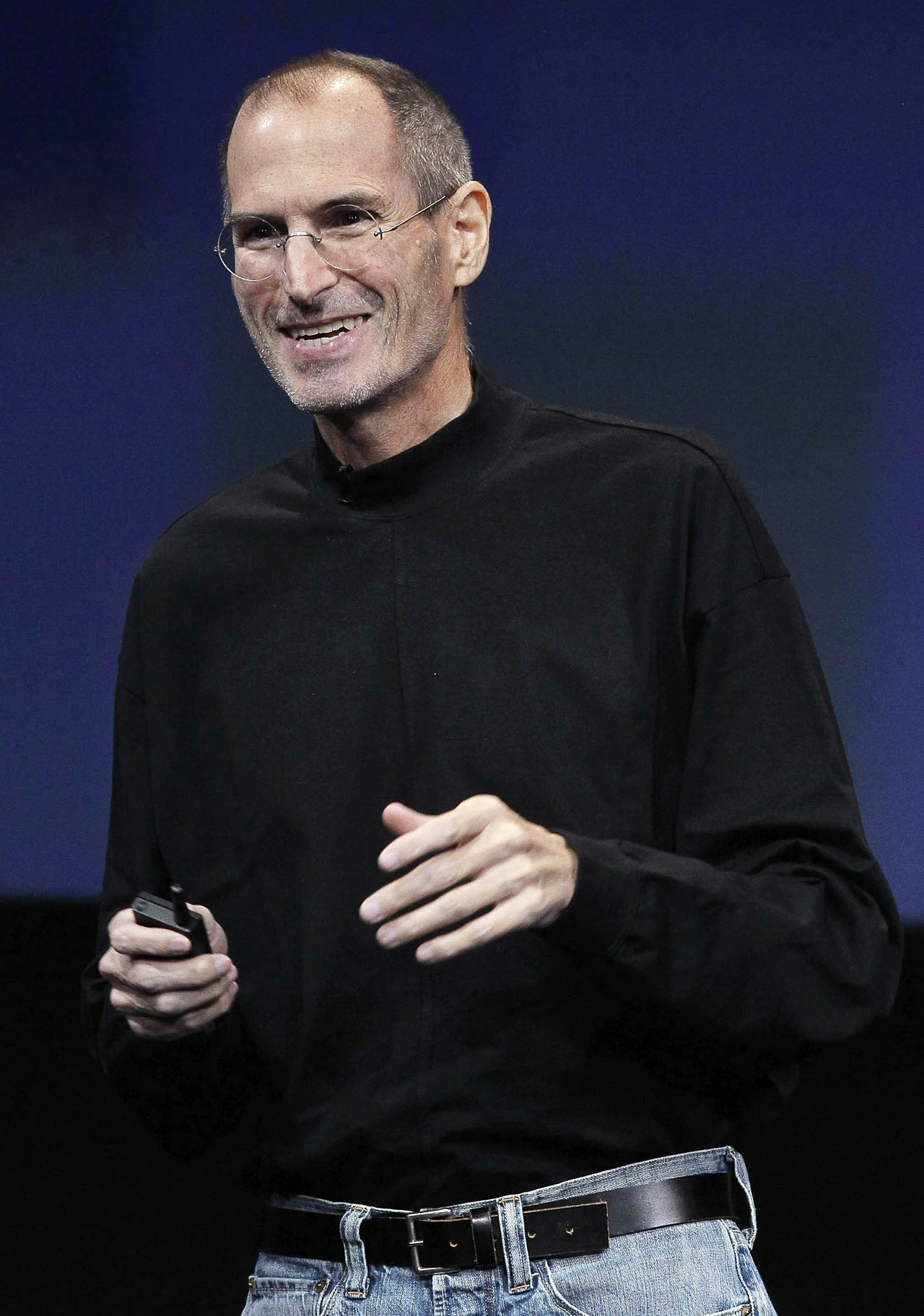 Another interesting story is the one involving Steve Jobs, his iconic black turtleneck, and Issey Miyake. In the early 1980s, Jobs visited Japan and met up with Sony’s chairman Akio Morita. On a visit to Sony’s factory, Jobs was fascinated to see that the workers were wearing a uniform! Morita told him that after the war, the workers had almost nothing to wear to work, hence he gave them a uniform to don every day. Inspired by this, Jobs decided that he wanted “that type of bonding” for Apple. And he turned to none other than Miyake (who also created the Sony uniform) to design the Apple uniform! In fact, they even fostered a friendship during this period in time. However, the vest introduced as a uniform at Apple was instantly rejected. And instead, Jobs decided to adopt one for his personal life! He asked Miyake to design a black turtleneck similar to the ones in his collection. Miyake created almost 100s of them and sent them to Jobs. 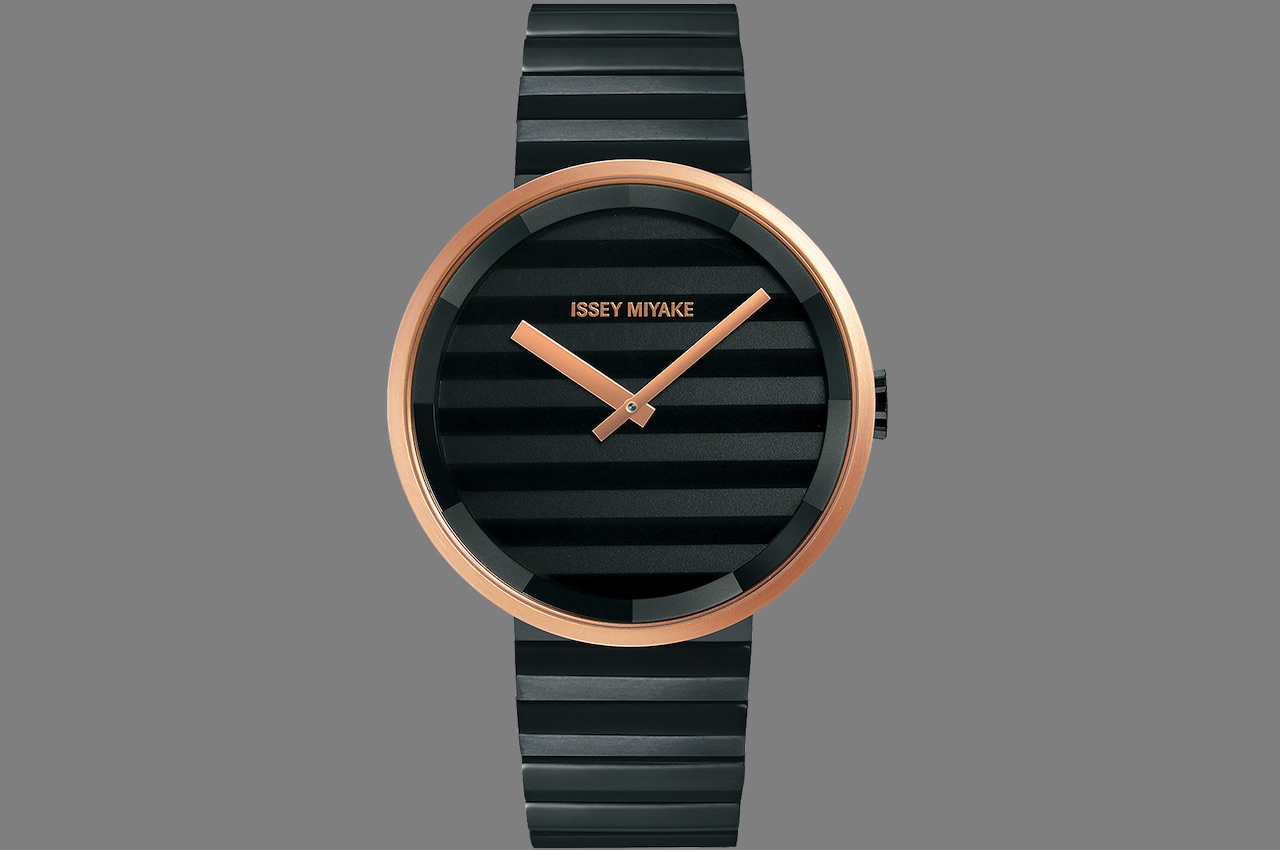 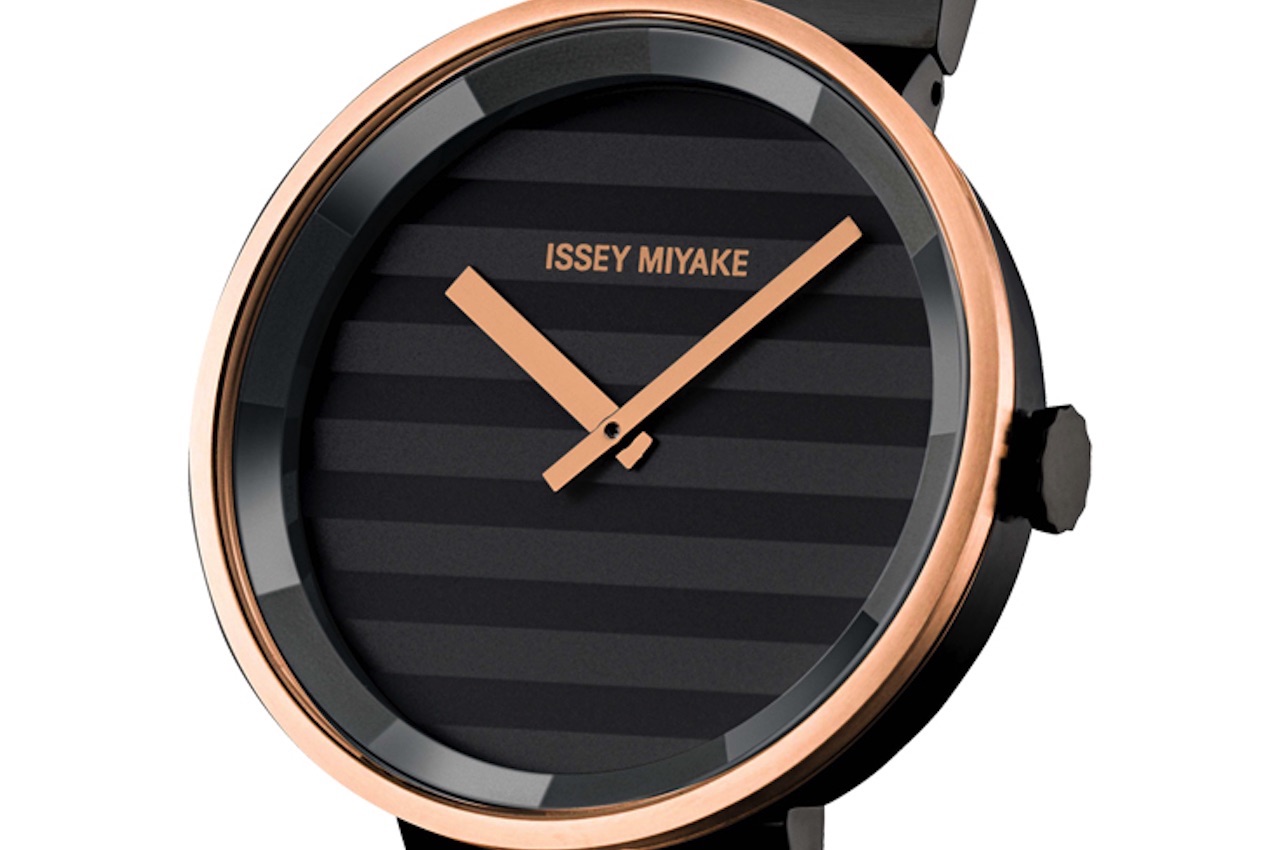 We’re also learning about the ISSEY MIYAKE Please Watch, designed by Jasper Morrison. Like the previous watches we have seen from the brand, this one also comes with a round case and an elegant design. It was inspired by the Pleats Collection, showing off a three-dimensional pleated fold design. We see the layers on the dial, strap, and indexes–making for a simple yet timeless look. The colors and the shading appear like pleats on a piece of clothing. The rose-gold bezels match the hands and the branding. There is only one basic crown used for changing the minutes and hours. 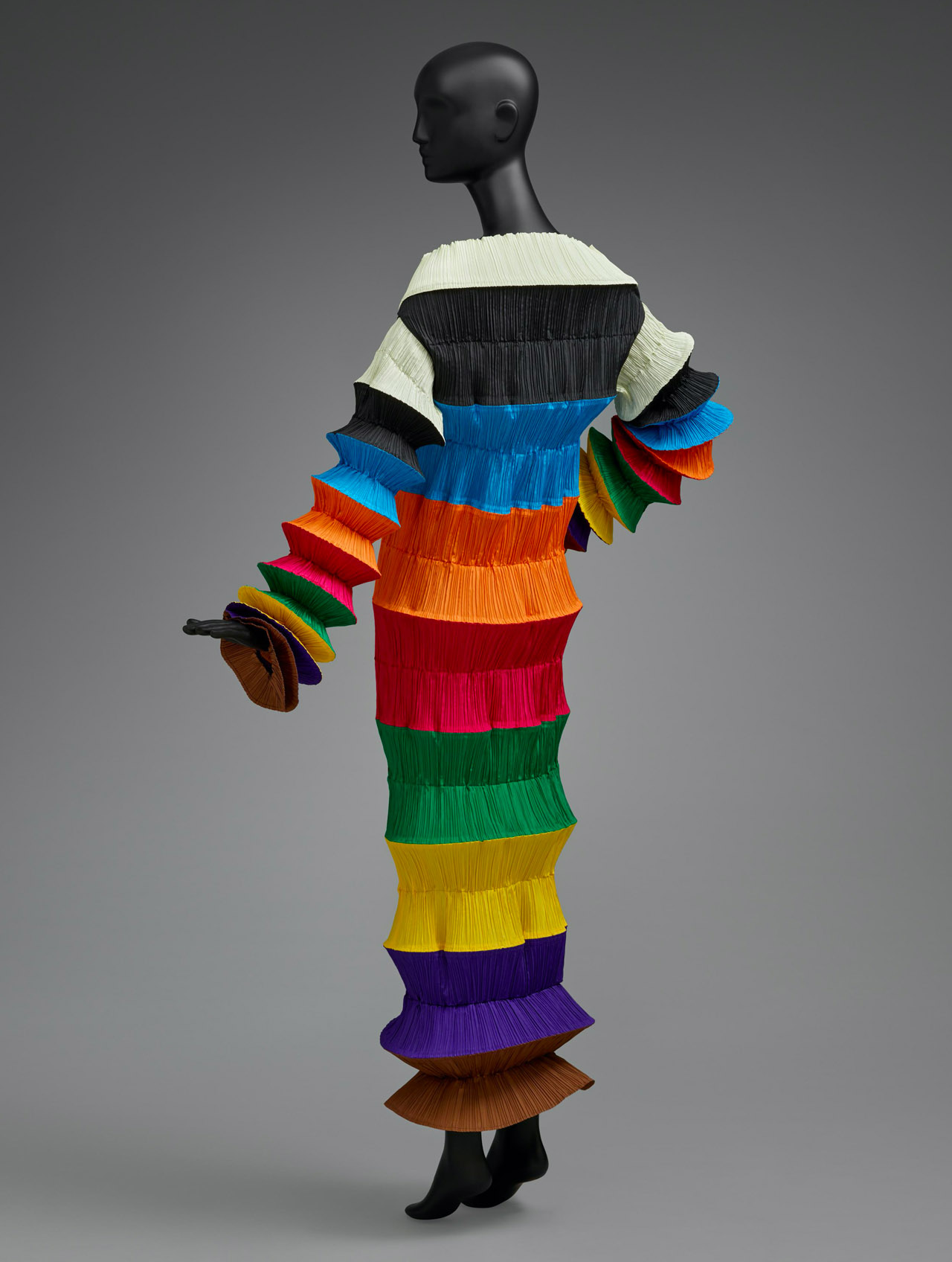 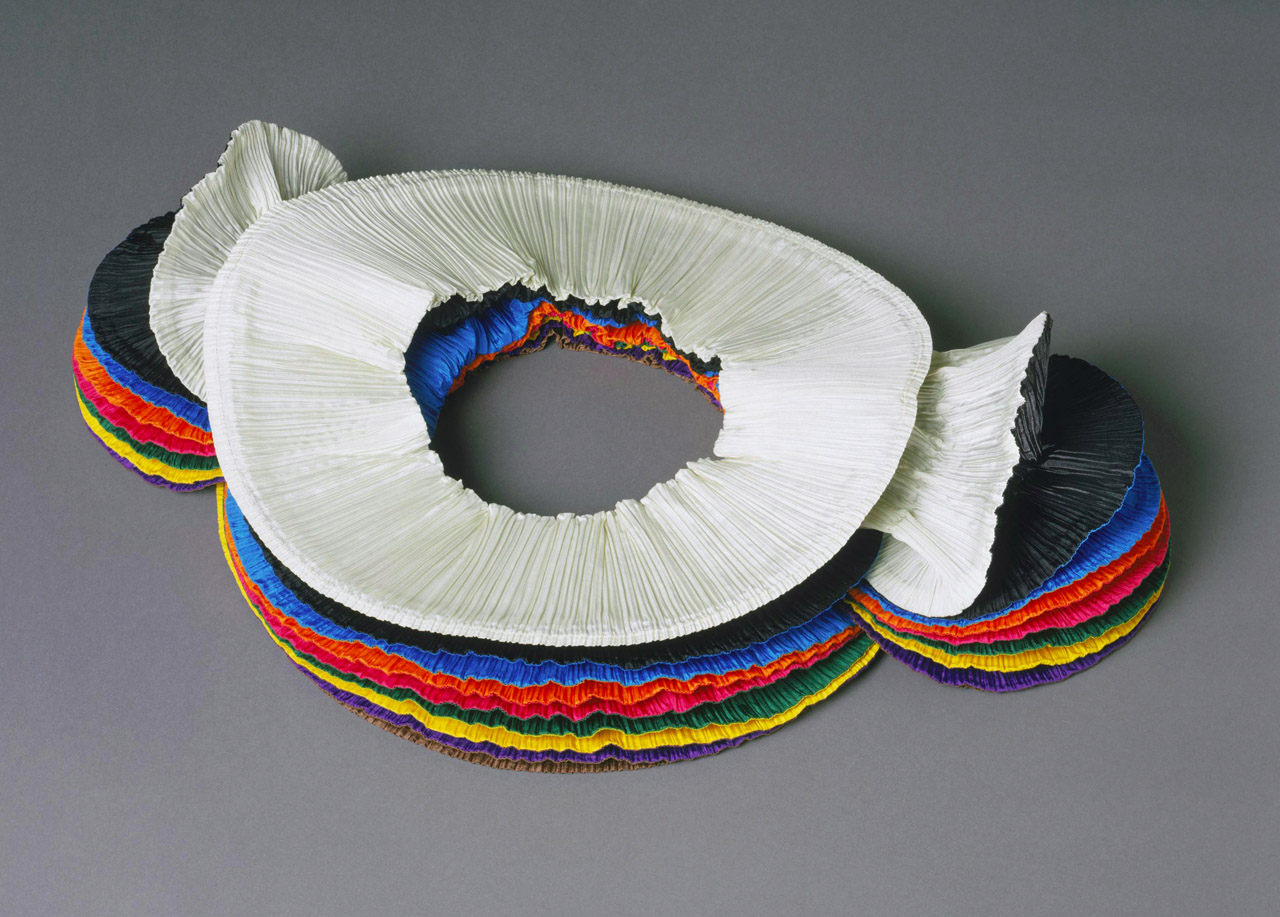 Issey Miyake blended his Japanese roots and his training in Western couture to create his iconic “Flying Saucer” dress in 1994. The eccentric dress features rings of color which create a paper lantern-like silhouette. This intriguing effect was achieved by utilizing permanently pleated polyester and putting it together into a seamed construction. The dress is meant to simply be pulled on, and it takes on the shape of the wearer with ease, when removed, it instantly collapses like a Slinky toy!

6. The Issey Miyake TO Watch 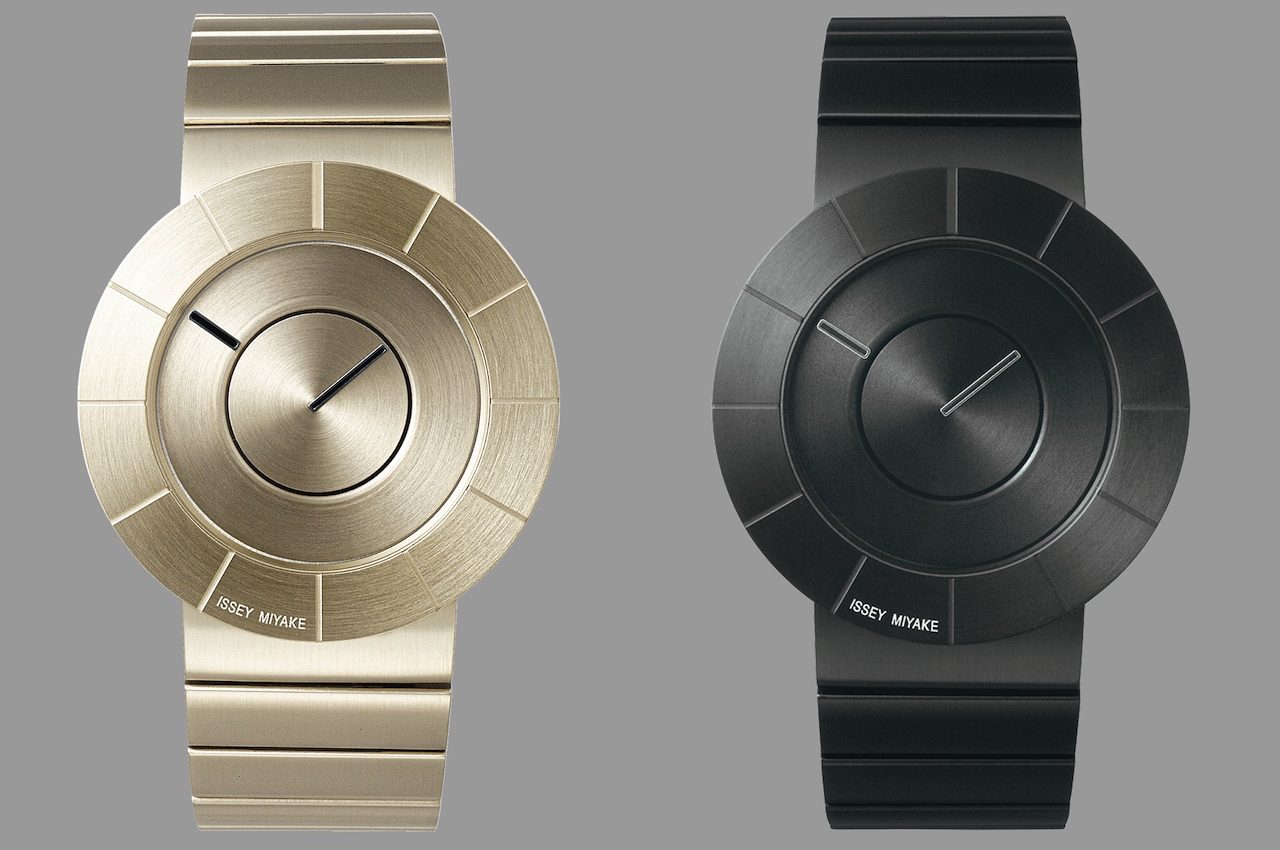 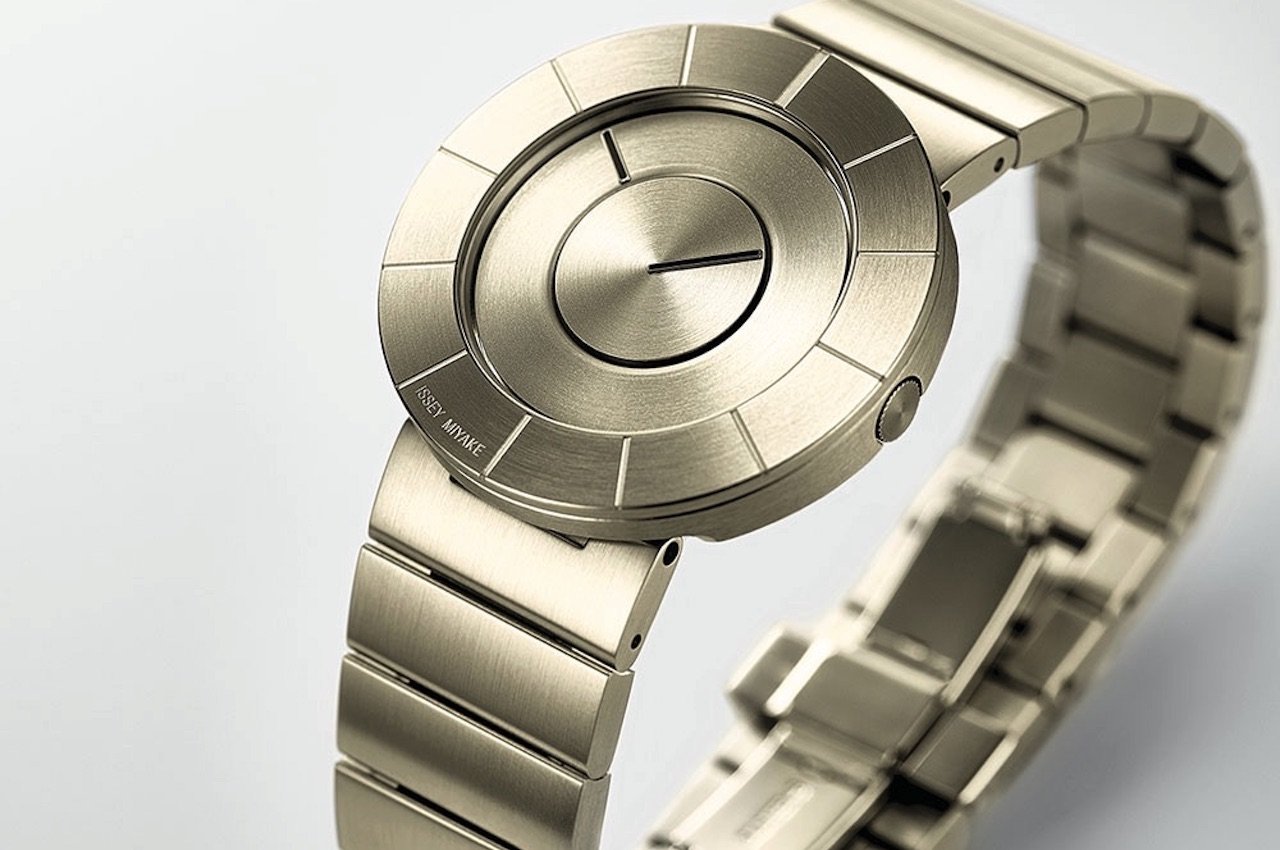 The Issey Miyake TO Watch appears to have been carved out of metal. The newest version is set with a light gold finish, so it looks more elegant. The whole timepiece is in the same finish, from the matching straps to the 38mm case. This Issey Miyake TO Watch makes use of a Seiko VJ20 Quartz movement. The watch looks like a beautiful sculpture or a work of art. It makes use of Seiko’s advanced technology in watch-making. There is a crown on the right, but it’s not that obvious when you look straight into the watch face.

Since its foundation in 1976, Apple has been always been at the peak of modern innovation! The groundbreaking tech giant never fails to surprise us,…

Hey I’m Sam, and I do design. What type of design do I design? Well… I don’t know any more. I studied at university as…

The lovechild of an iconic automobile and a vintage boat; that’s the best way you could describe the ‘Hermes Speedster’. Inspired by the 1959 Porsche 356…