Video meetings, virtual conferences, and online classes have become pretty normal these days, even as the world tries to return to its usual patterns. But while apps and programs have been upgraded to adapt to these new standards of remote communication, hardware has inched very little over the past two years. Camera and microphone quality have improved, of course, but everything else seems to have remained the same. In the rush to prepare for work from home settings, many people have resigned themselves to webcams that came with their laptops or cheap accessories they could easily get their hands on. Many of these could be considered passable or even decent, but this multi-functional webcam goes the extra mile to solve one of the biggest problems with video chats: making eye contact. 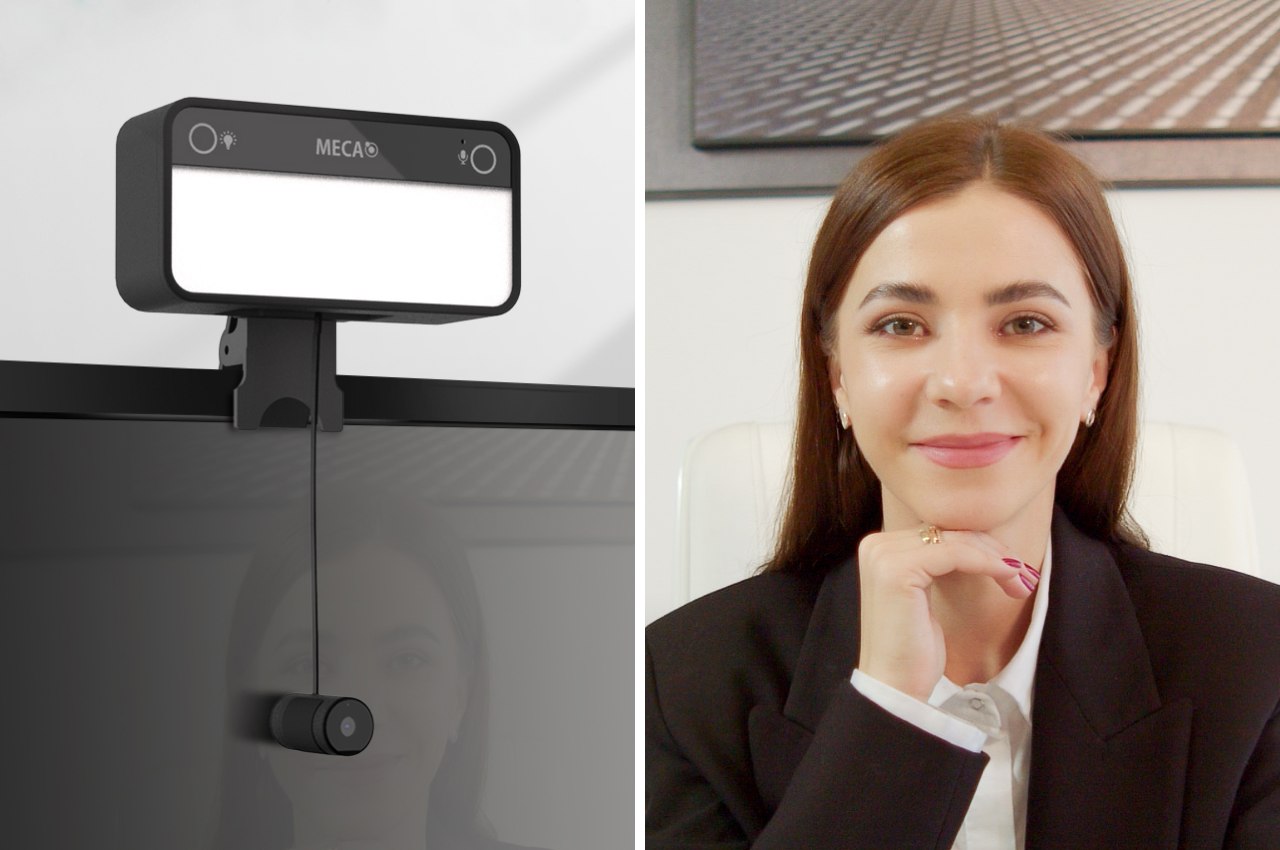 When the first webcams were designed, their purpose was significantly simpler than what we need today. It didn’t matter much which part of your face other people were seeing, mostly because video chats and meetings were uncommon until recently. But with these meetings becoming more regular and “Zoom fatigue” becoming a thing, people have realized the psychological impacts of seeing people without actually being near them. And in particular, they have realized how eye contact is just as important in conveying respect and confidence in a virtual chat as it is in face-to-face meetings.

Unfortunately, not all webcams are actually designed to put your eyes front and center, which is where MECA comes in. Right off the bat, this accessory that you can clip on top of any monitor is an all-in-one solution to video conferencing so that you won’t need anything else other than your computer. Although it’s formally called a webcam, it also has a built-in mic to handle your voice, as well as an adjustable lamp light to put yourself in the best light.

You can select the brightness or warmth of the light using a single button on the left side of the main body. The right side has a button for turning the mic on or off, and it comes with an indicator to show which state it’s in. MECA is actually very privacy-friendly in this way, offering clear cues when particular hardware is in use. The camera, for example, also has a small light when it’s actively recording, reminding users when they need to turn off the camera later on. 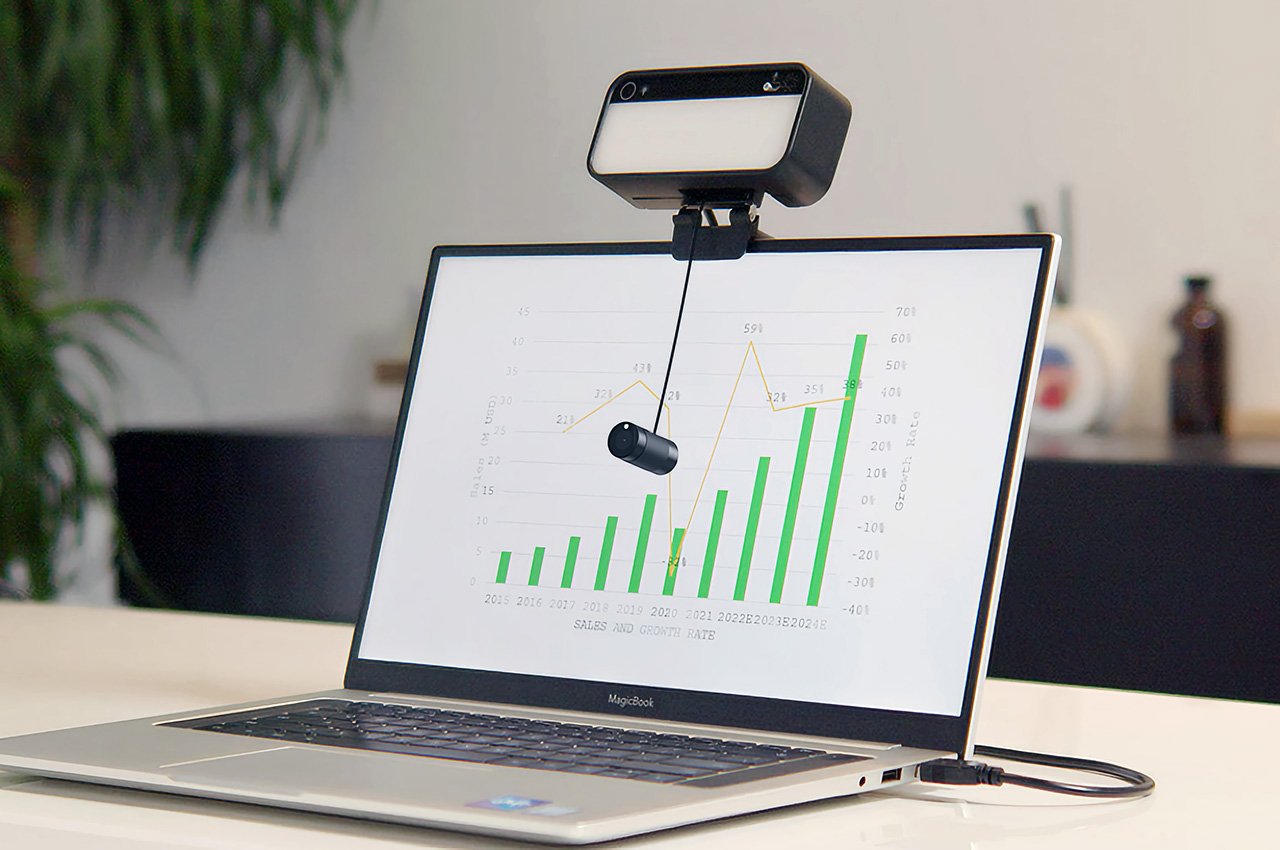 MECA’s real pull, however, is how the camera isn’t actually part of the webcam’s clip-on base. You can pull it down so that it is level with your eyes so that you won’t have to adjust your face just to make it look like you’re staring straight at other participants in the call. The camera has a non-slip pad on its back to make sure it doesn’t slide on your monitor, but to be doubly sure that it stays put, MECA comes with double-sided tapes you can use to stick it to your screen. These tapes are also guaranteed not to leave any residue or damage the screen when you take them off. For laptop users, there’s a magnetic attachment you place behind the screen to keep the camera in place without using adhesives. 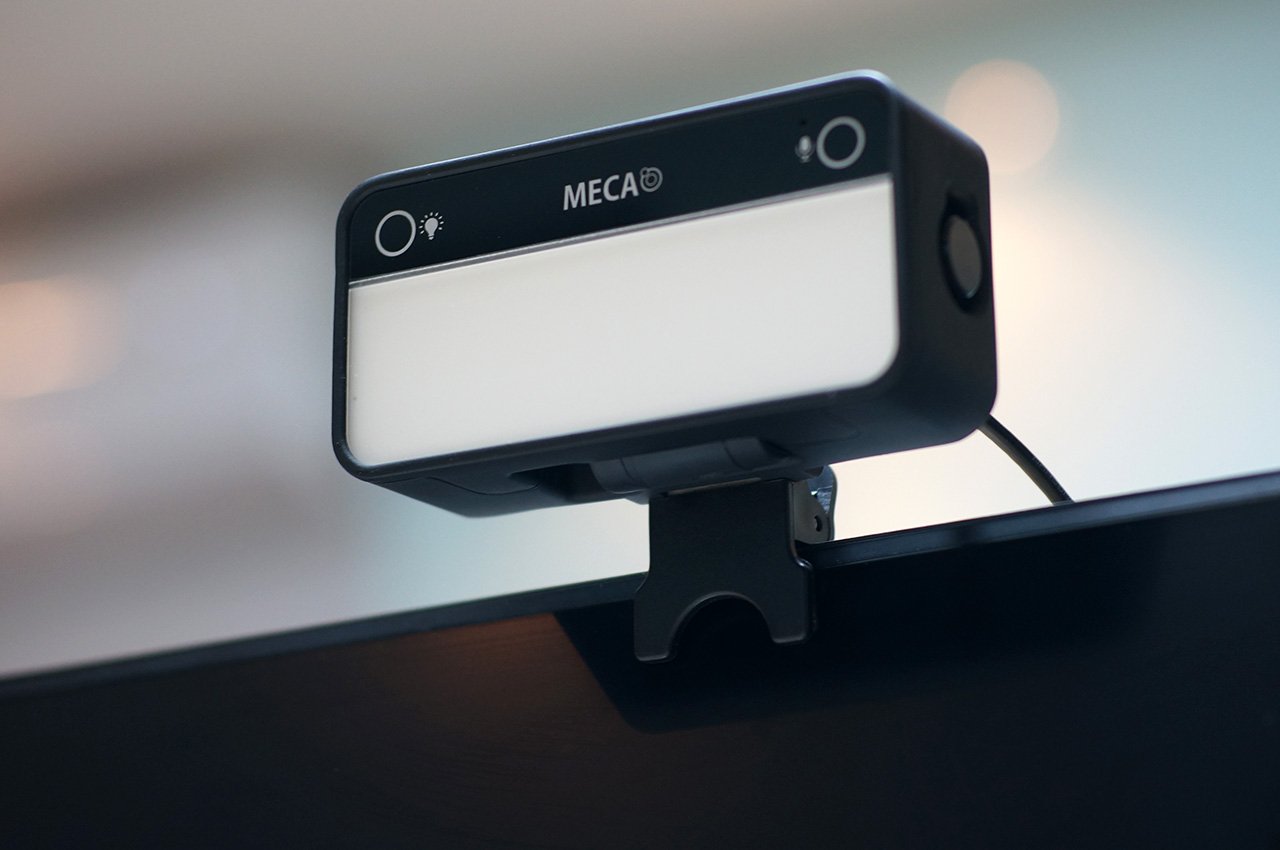 MECA’s simple design makes it easy to carry around and clip onto any kind of screen, including curved monitors. A Full HD camera, three light temperatures, and easy-to-use controls help to make you look and sound good, reducing the stress of these meetings. For just $119, you’re not only getting a complete video conferencing solution in a single package; you’re also getting the confidence boost you need to look sharp and professional in any meeting.

Curved when you want, flat when you need, the Arc Surface mouse by Microsoft follows a format it set a long time ago. The mouse…

Usually you see pictures of gods with halos behind them. Obviously the halos are representative of wisdom and knowledge, and not that there’s a lamp…

The only thing worse than a red light is not knowing when it’s going to change. In fact, some are so long they’ll leave you…