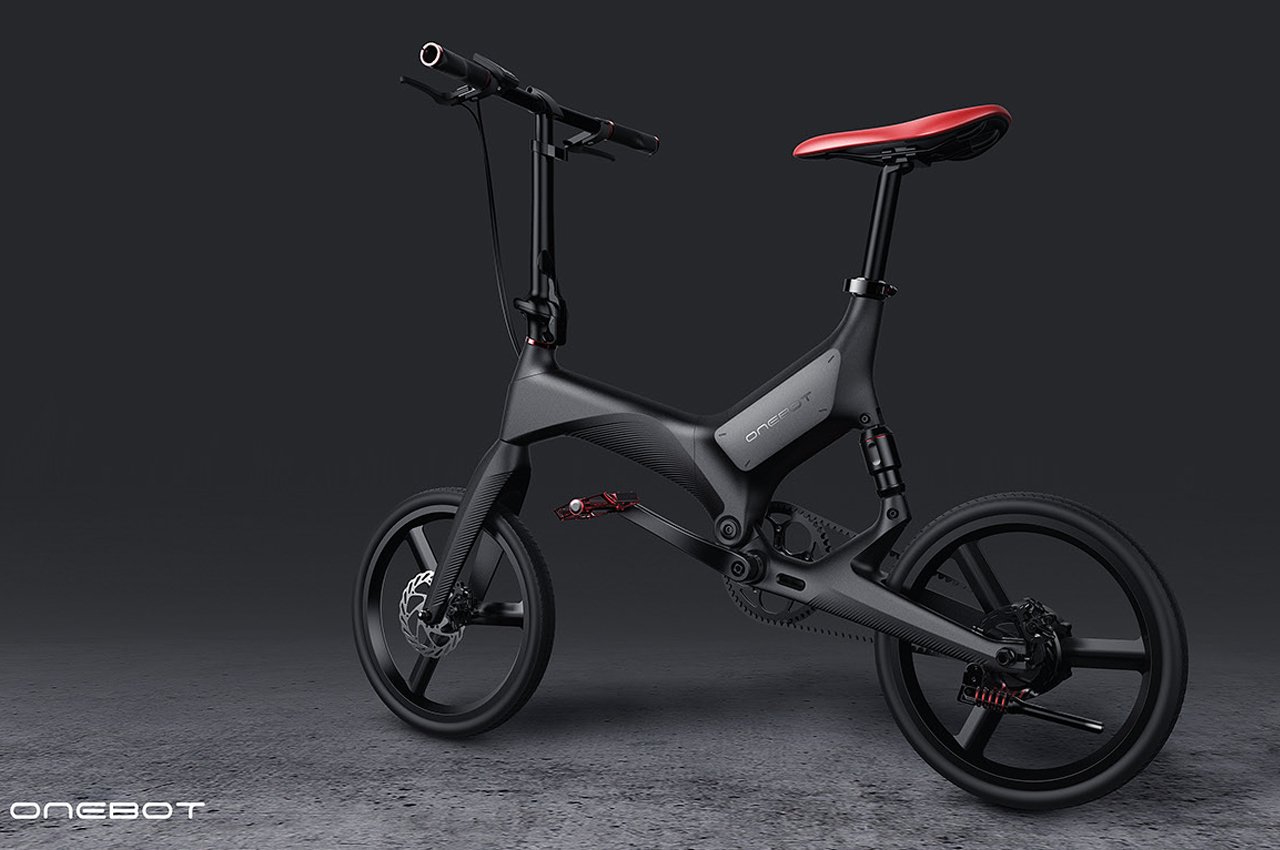 In 2021, living more sustainably and consciously should be a priority for all of us, – whether it’s making changes in our daily lives, consumption, or even our means of transportation. Our typical fossil-fuel-consuming means of transportation need to be replaced by greener and more environment-friendly alternatives, and Electric Bicycles are an appealing option! Not only do they curb fuel consumption and reduce automotive emissions, but they’re also a healthy source of exercise for us! I mean, not only do we get to save the Earth from air pollution, but we can also get some intense cardio done. And they’re becoming an increasingly popular option day by day. It’s estimated that by 2023, the total number of electric bicycles in circulation around the world, will be 300 million, which is an exponential increase, from the 200 million back in 2019. It looks like everyone is slowly and steadily hopping onto the e-bicycle bandwagon! And, we’ve curated a whole range of innovative designs for you. From a sleek portable e-bike with a unique three-fold mechanism to a transforming and self-balancing unicycle – we have a whole collection of sleek, modern, and super cool e-bikes for you! 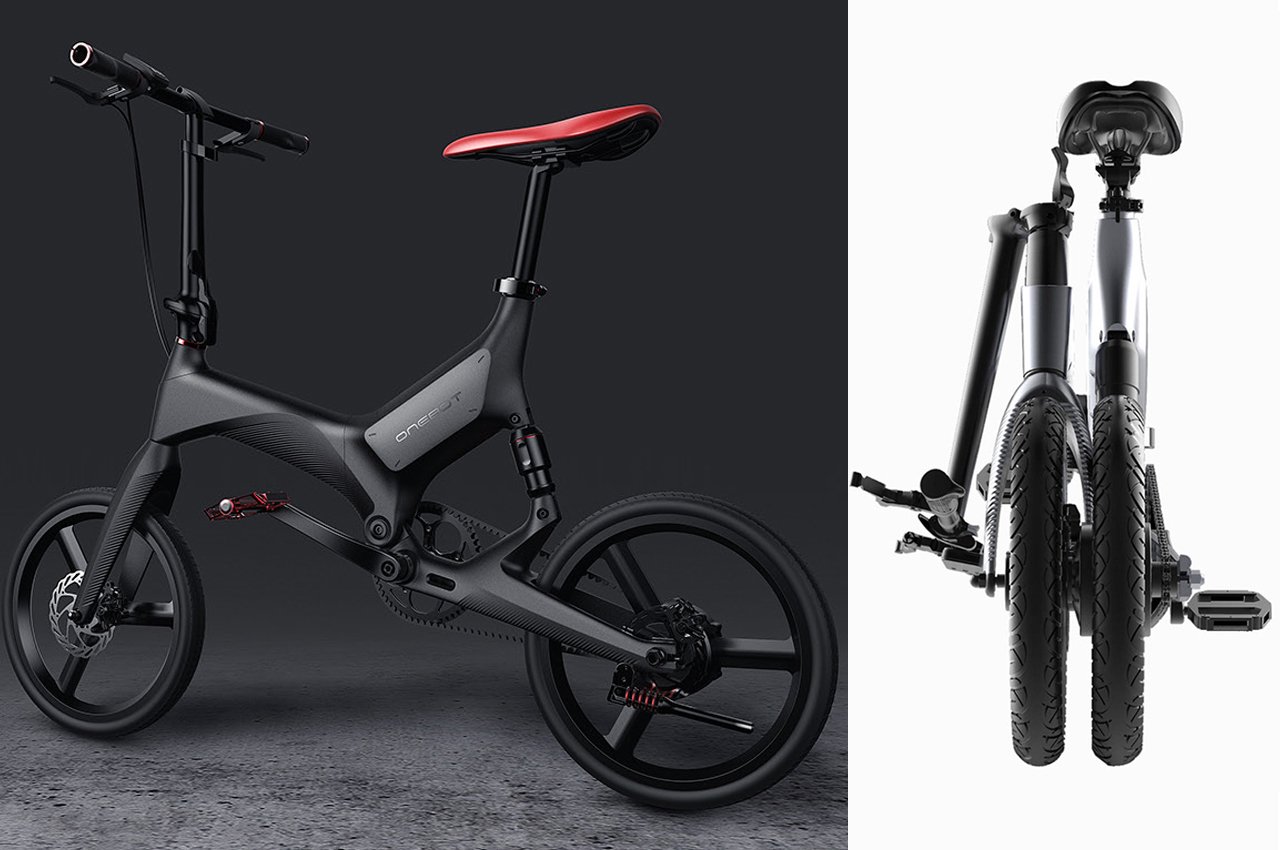 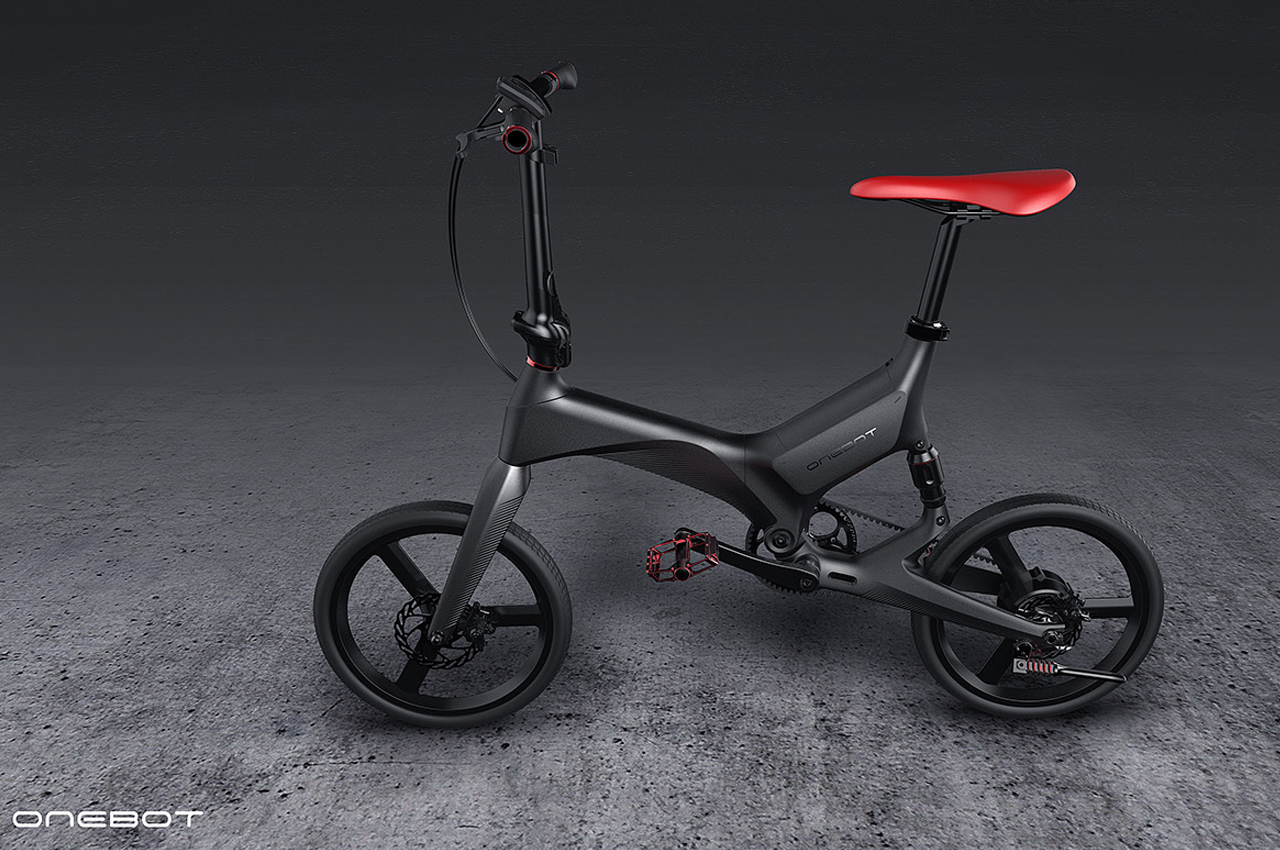 E-bikes are a household name now, they are a common mode of transportation in many cities – with safety norms – for cyclists. Add to that the convenience of being able to fold the bike instantly, and it becomes a versatile option to get from point A to B efficiently, effectively, and quickly. To ensure this portability and convenience, the ONEBOT-S7 uses a unique three-fold structure – as opposed to the two-step folding design that we all are familiar with – which makes the e-bike ultra-compact when folded so it can fit in the boot of the car or slide under your workstation (however and wherever you please to use it). Compressed into the smallest single unit possible, this e-bike when folded measure only 60cm in height and length and just 35cm in width. ONEBOT-S7 is fitted with a removable battery pack in the frame, tucked neatly under the seat post. It sits there unobstructed and blends with the uniform frame design and colorway eliminating any distraction from the chrome-like finish of the e-bike. 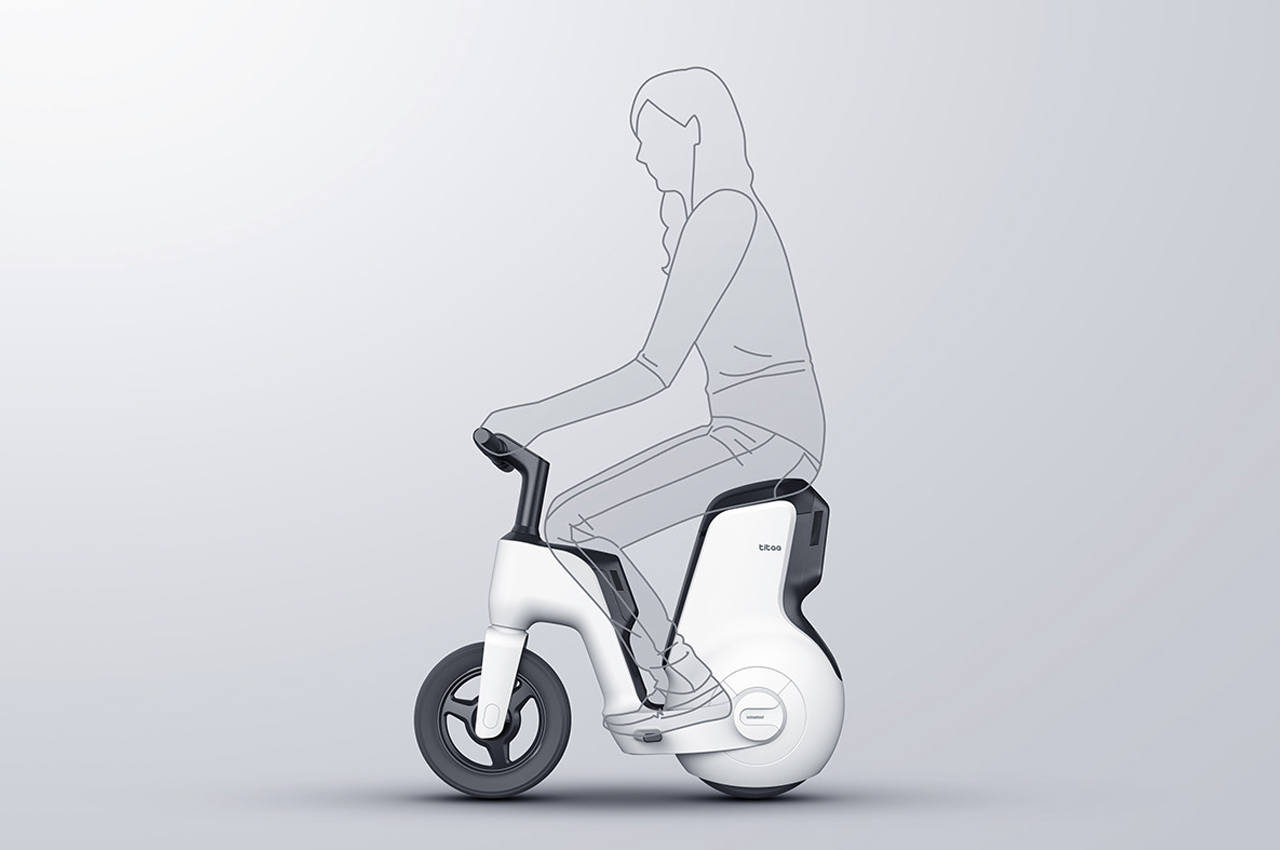 While riding manual unicycles might be too much of a learning curve for most, self-balancing, electric unicycles sound more like something we could all get behind. Titaa, a unicycle with just those sorts of mechanics, conceptualized by Husky Design is a dual-purpose, modular vehicle that can transform from a bicycle into a self-balancing unicycle. In its full form, Titaa is an electric two-wheeler in the shape of a cargo bike. When riding Titaa as a two-wheeler, users sit upright on a curved, elevated seat rest that slopes down toward the bicycle’s set of foot pedals. There, users can rest their feet while the motor charges the e-bike ahead. Built into the rear-wheel component, Titaa runs on a battery-operated system that can be replaced and recharged near the vehicle’s foot pedals. 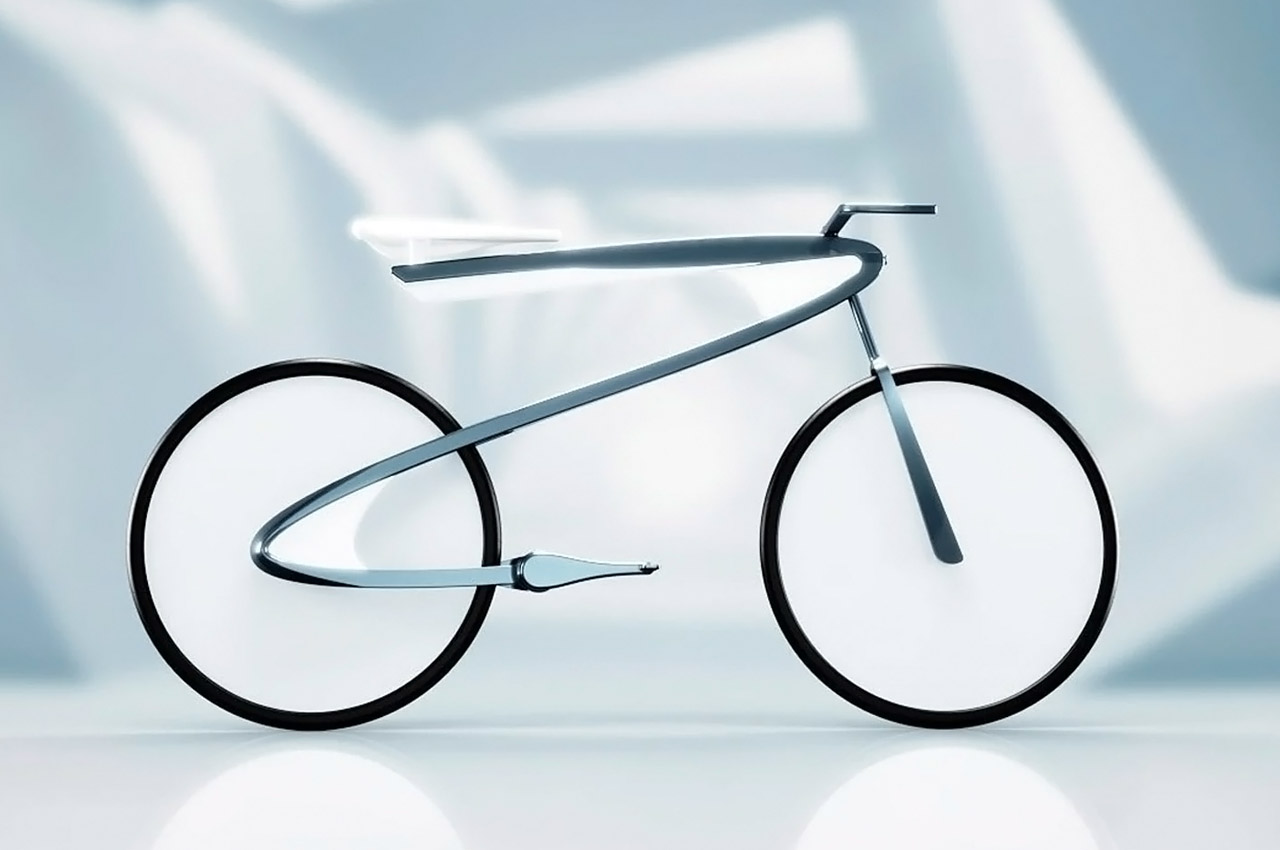 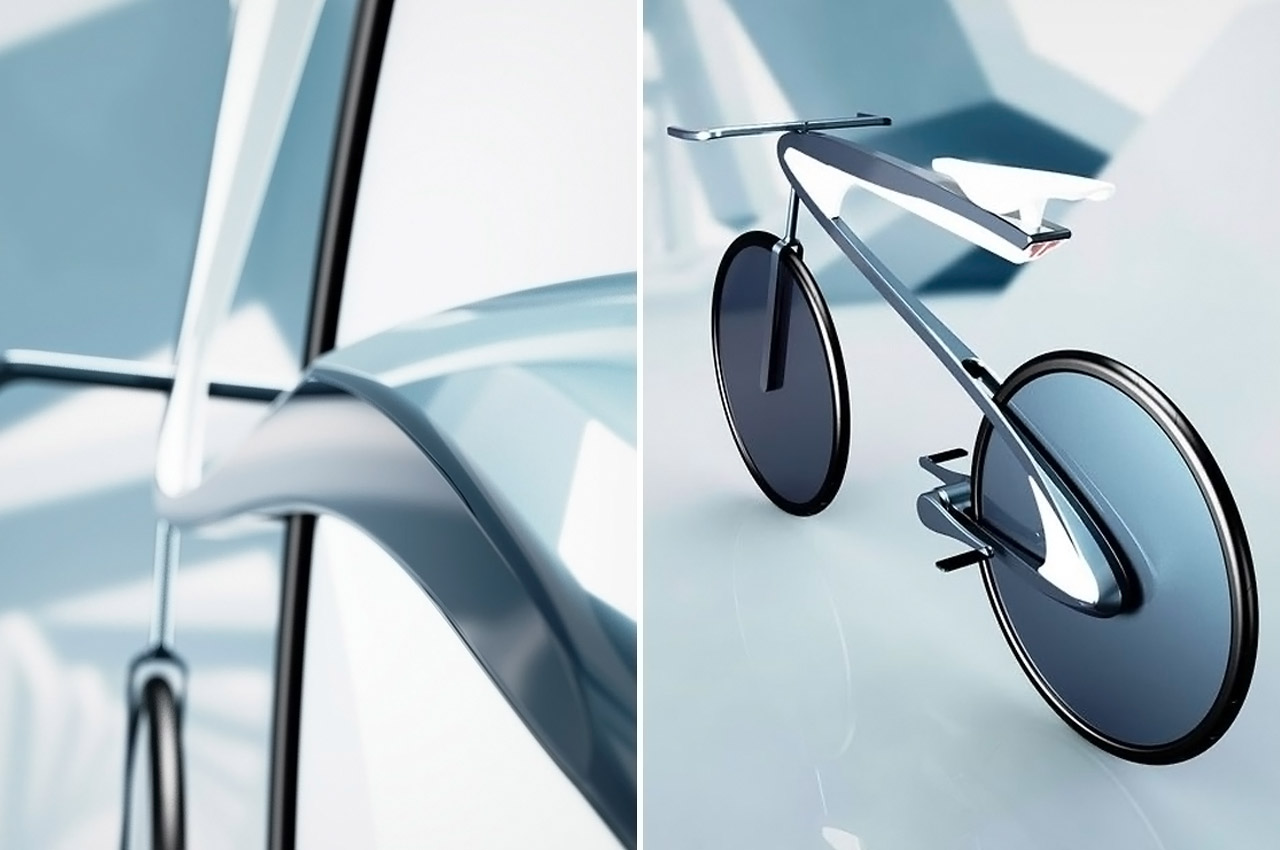 This e-bike concept from BaoPham Design features centerless wheels that reduce the rotating inertia found in heavier wheels. Equipped with slim road bike tires, BaoPham’s concept e-bike boasts an aerodynamic build that cuts out the extra drag from air pressure and skin friction to give the bike a speedy ride. Conceptualized with a swift, Z-frame, the e-bike concept from BaoPham Design would host an electric motor located in the bike’s rear-wheel rotor that would be activated once the pedals are moved. The Z-frame of BaoPham Design’s e-bike would be constructed entirely from metal or aluminum for a sleek look and swift ride. Additionally, the hubless wheels of BaoPham Design’s e-bike reduce the rotating inertia found in wheels with spokes and a hub. 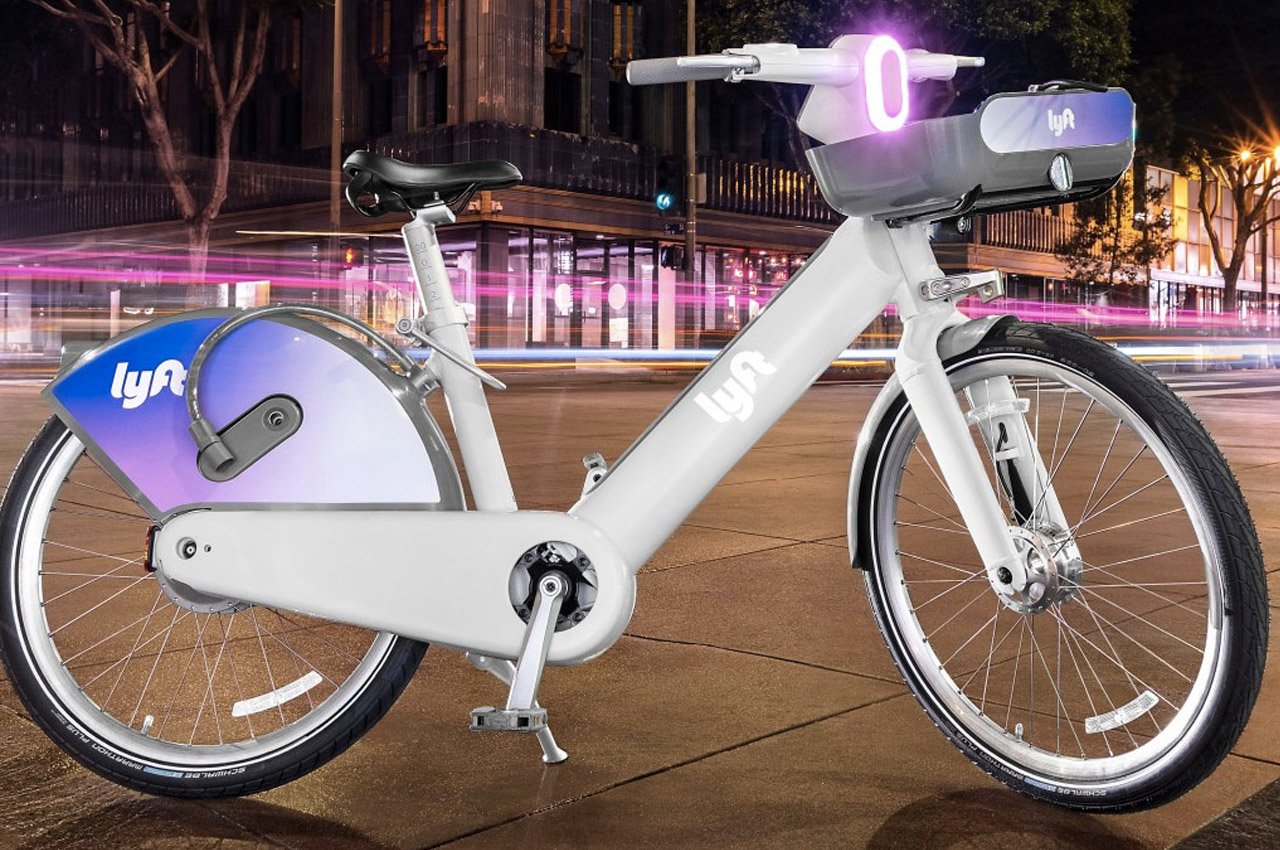 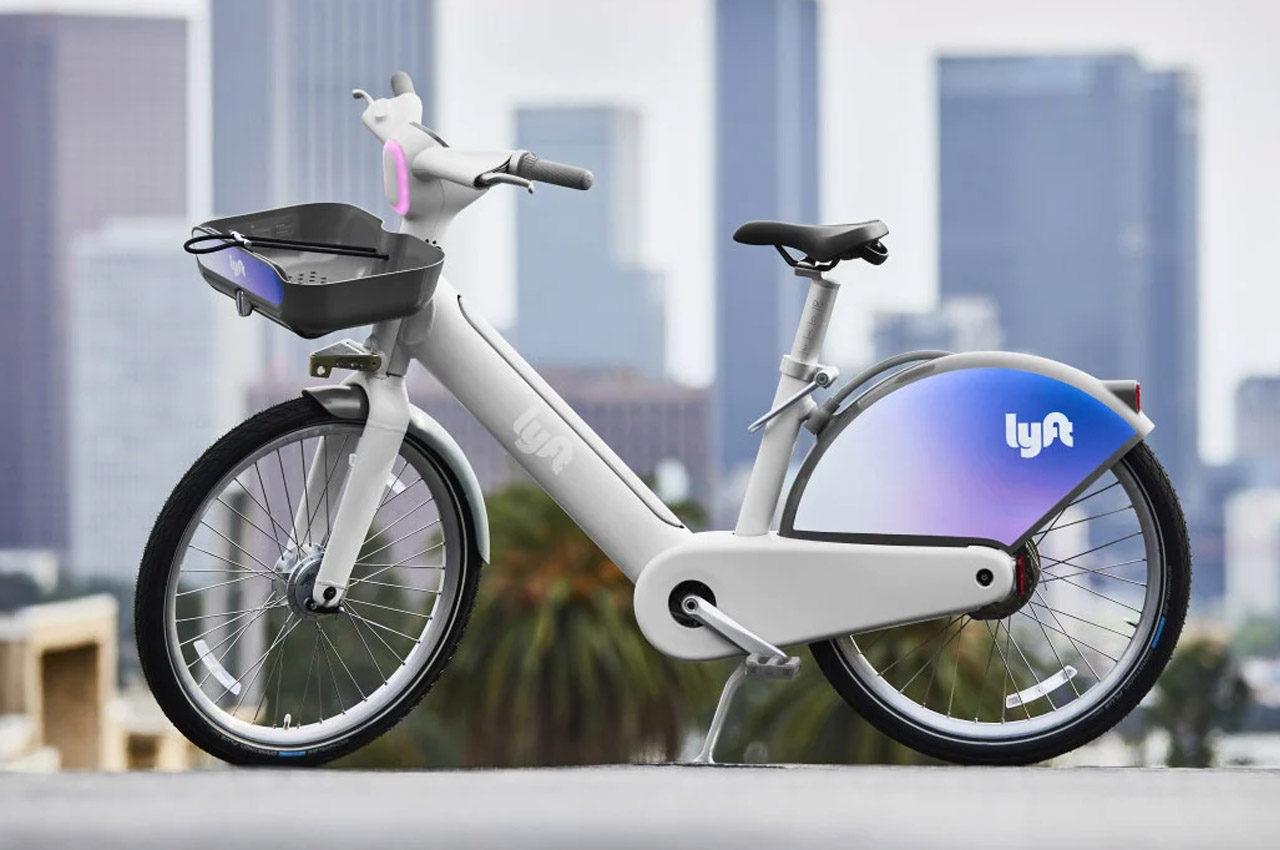 For the past three years, Lyft has been developing an e-bike that embodies the best in safety technology and low carbon footprint. Now, finally, it sees fruition in the form of this upbeat e-bike. According to Lyft‘s President and Co-Founder John Zimmer Lyft is all about “creating affordable, reliable and joyful transportation experiences – and few things create joy like riding this new e-bike“. The single gear transmission e-bike is built for every kind of rider with improved ergonomics and is pure joy to ride in cities – thanks to the transmission tuning for any kind of speed or road grade. It bears a very sleek form factor perfectly matched to the smooth and adaptive motor integrated into the frame. Keeping in mind the young riders, Lyft’s e-bike comes with personalized features including a built-in speaker system, hydraulic brakes for consistent stopping power, onboard sensors for safety, retroreflective paint to shine in the dark, and lighting effects keeping in mind urban riders demand. 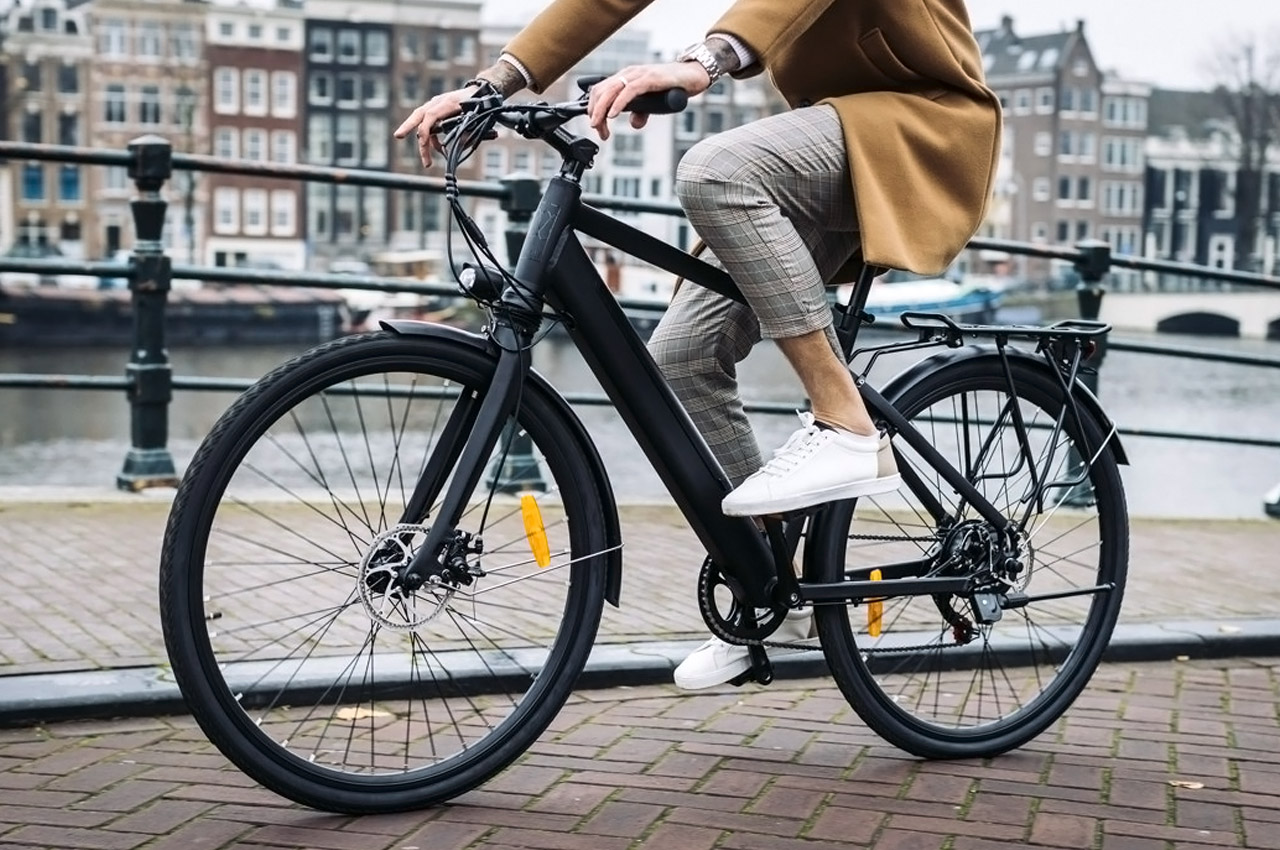 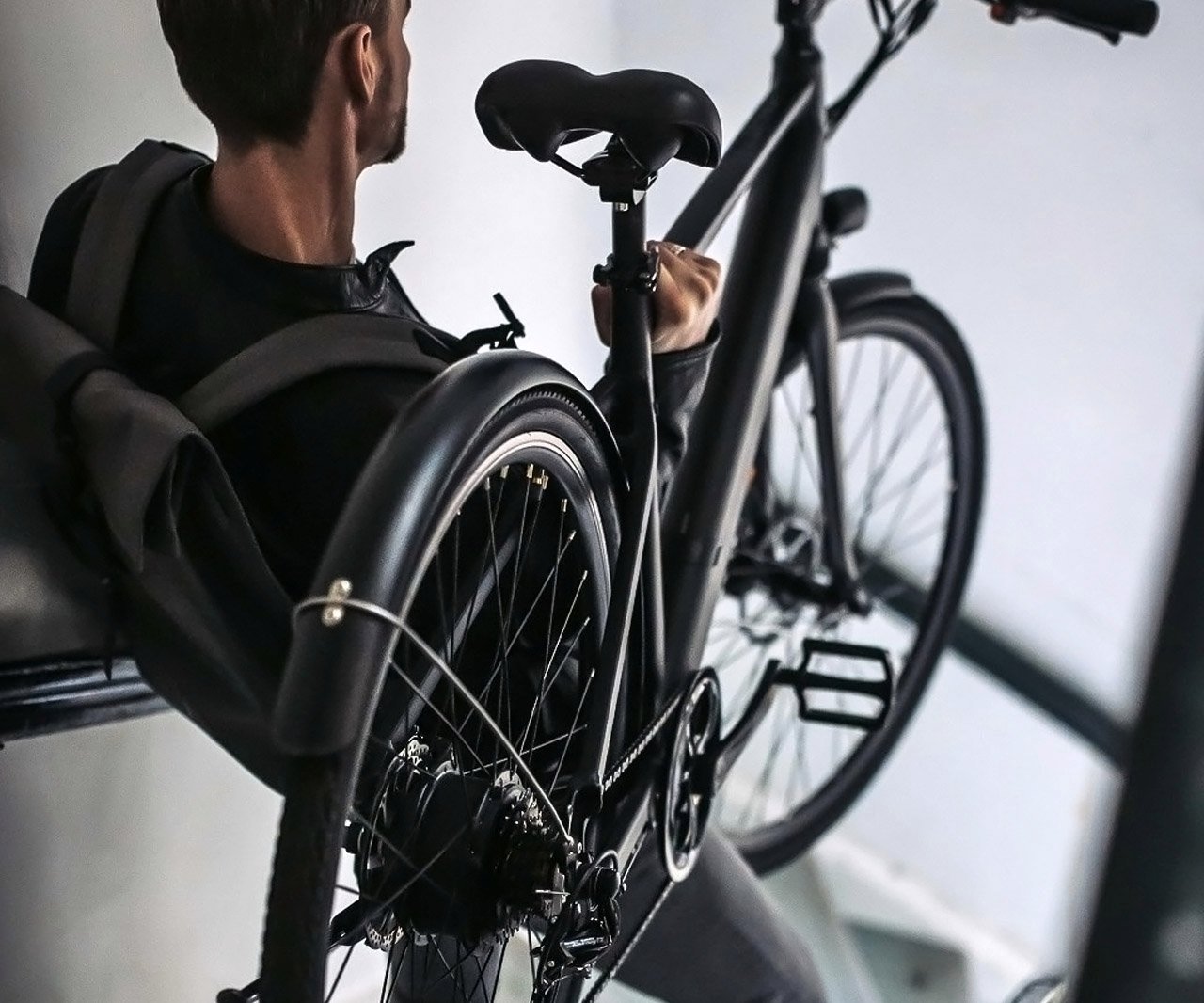 The Three Phase One is designed to look like your conventional pedal-powered bicycle, but its integrated brushless motor makes traveling longer distances an absolute breeze! It comes with a zero-compromise design but still cleverly manages to cut down on costs by offering only two color options on the two models… a Base model and a Boost model. Both variants echo the same principles of being powerful, versatile, and futuristic, yet retaining a sense of conventionalism. The design doesn’t go out of its way to look overly futuristic, but rather, focuses on a universally appealing and adaptable aesthetic that’s informed by Dutch design principles. The lightweight aluminum frame on the Three Phase One comes with a one-size-fits-all design and features a battery pack integrated into the downtube. 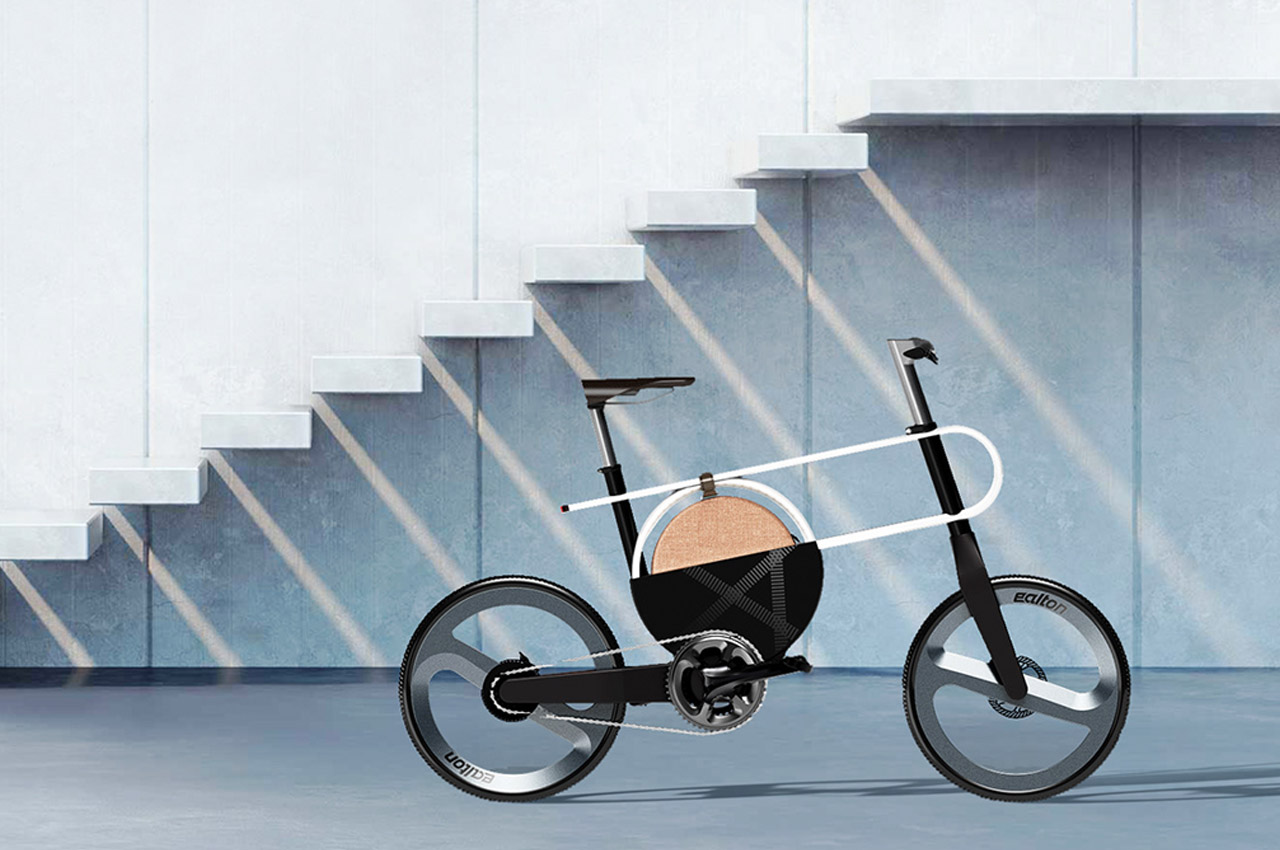 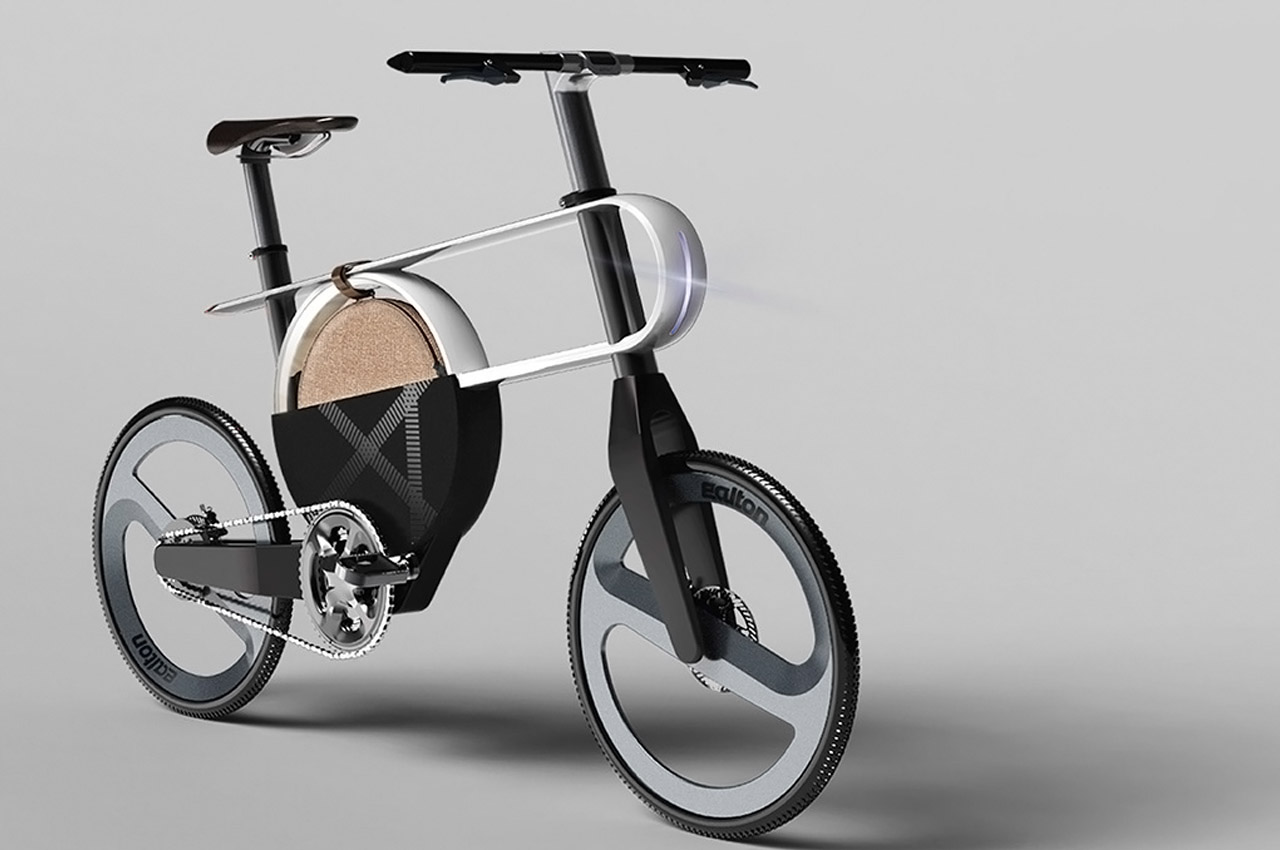 Cheolhee Lee, Dahae Lee, and Hyewon Park designed GEO based on the geometry of a typical bicycle. Looking at GEO head-on, three circles catch the eye – the bike’s two wheels and round middle area that doubles as a storage unit and might also contain the e-bike’s power supply. The e-bike’s center circle manages to store a lot of the magic. Narrow in width for smooth pedaling, the center storage unit is completely detachable so riders can easily pack a lunch and bring an extra bathing suit for rides to the beach on those summer Fridays. Adding to the bike’s slender body, its dual-spoke wheels and sparse tubing give the frame a casual and approachable feel. 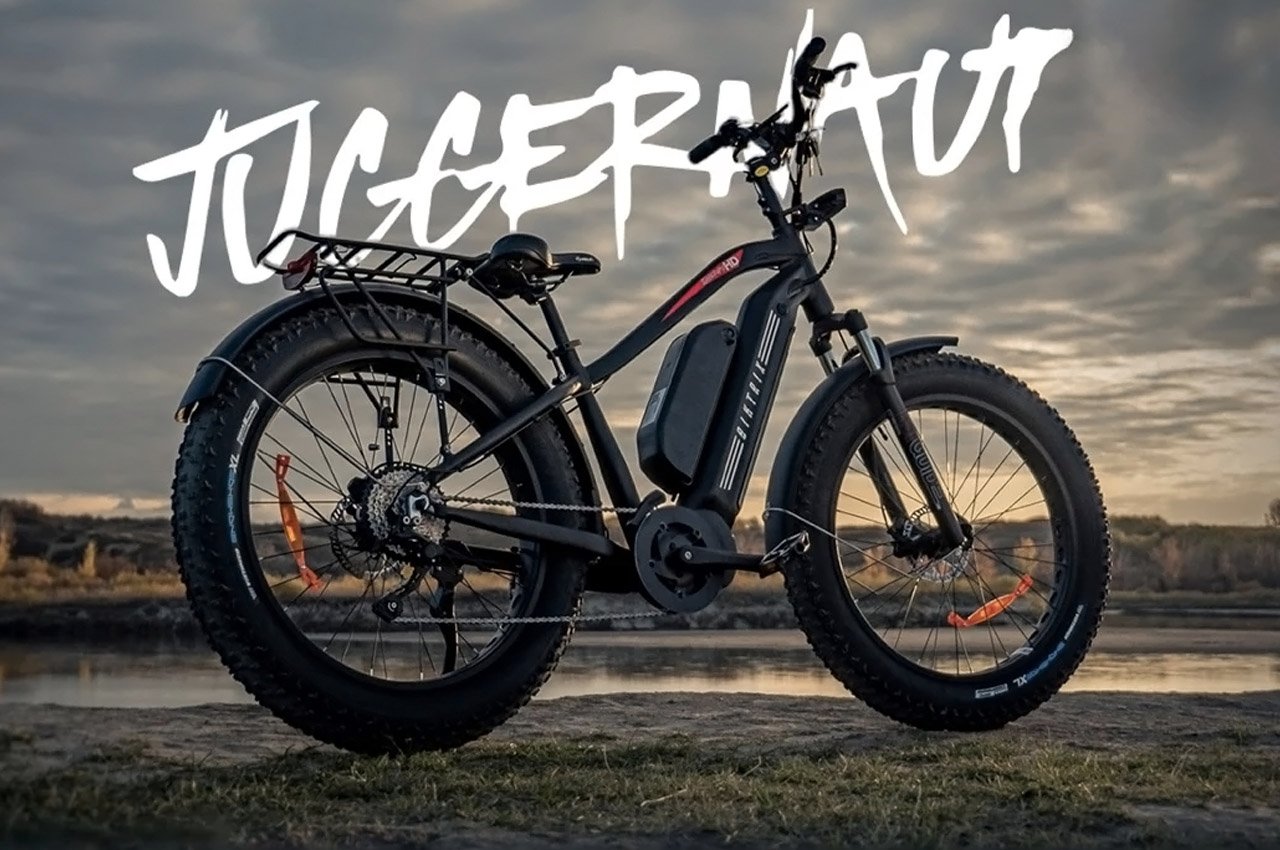 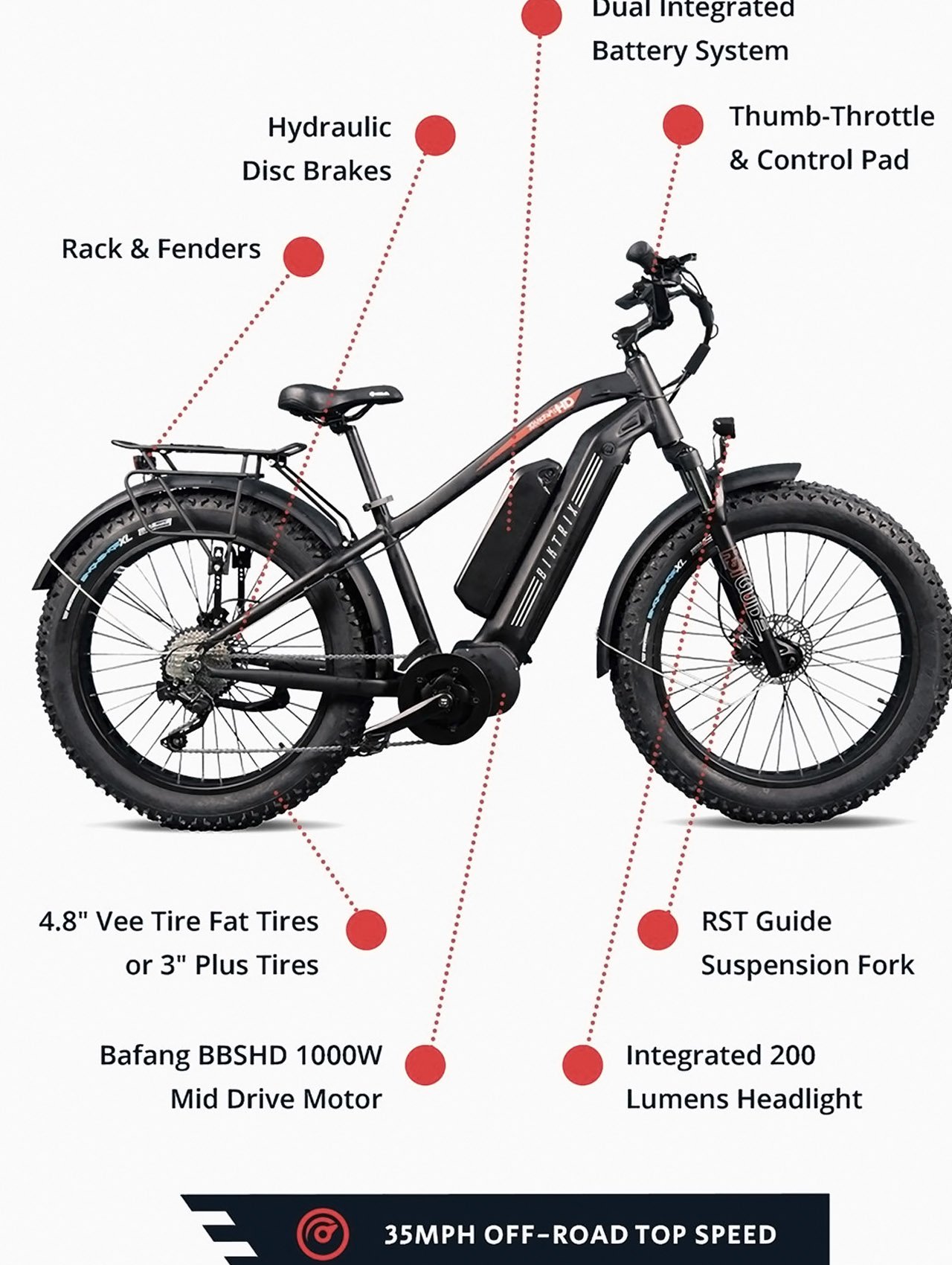 Juggernaut HD Duo isn’t your average last-mile e-bike that lets you navigate within your neighborhood. It’s designed to be taken off the roads, traveling far beyond the borders of a city, and even going on intercity journeys if you’ve got it in you. The e-bike sports a rugged build with heavy-duty tires that work equally well on sand, snow, and gravel as they do on asphalt, which means you can take the Juggernaut HD Duo practically anywhere. Dual 910Wh batteries integrated within the bike’s frame give you nearly 100 miles of range, while an optional downtube battery sits on the outside, boosting your range to up to 200 miles… that’s about as much as traveling from New York to Philadelphia and back in a single battery charge. 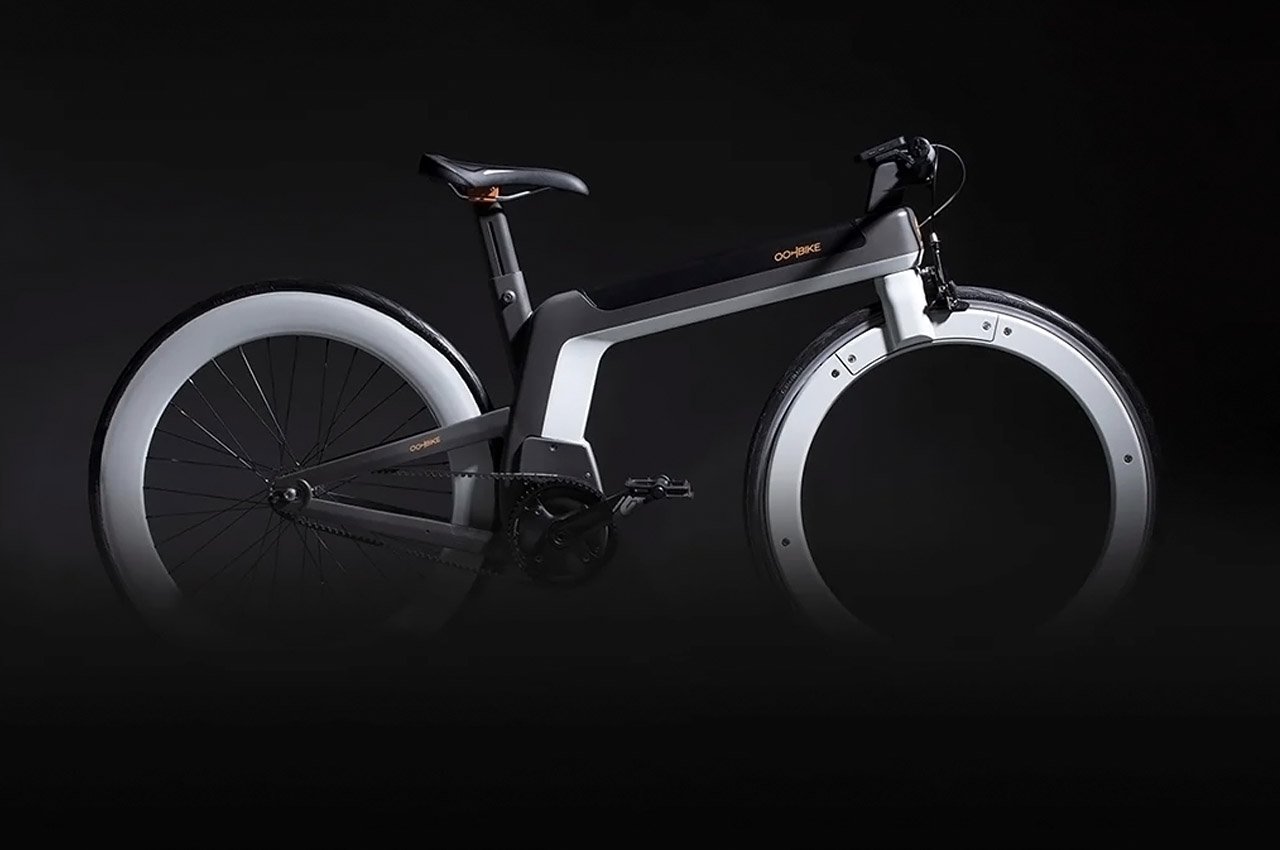 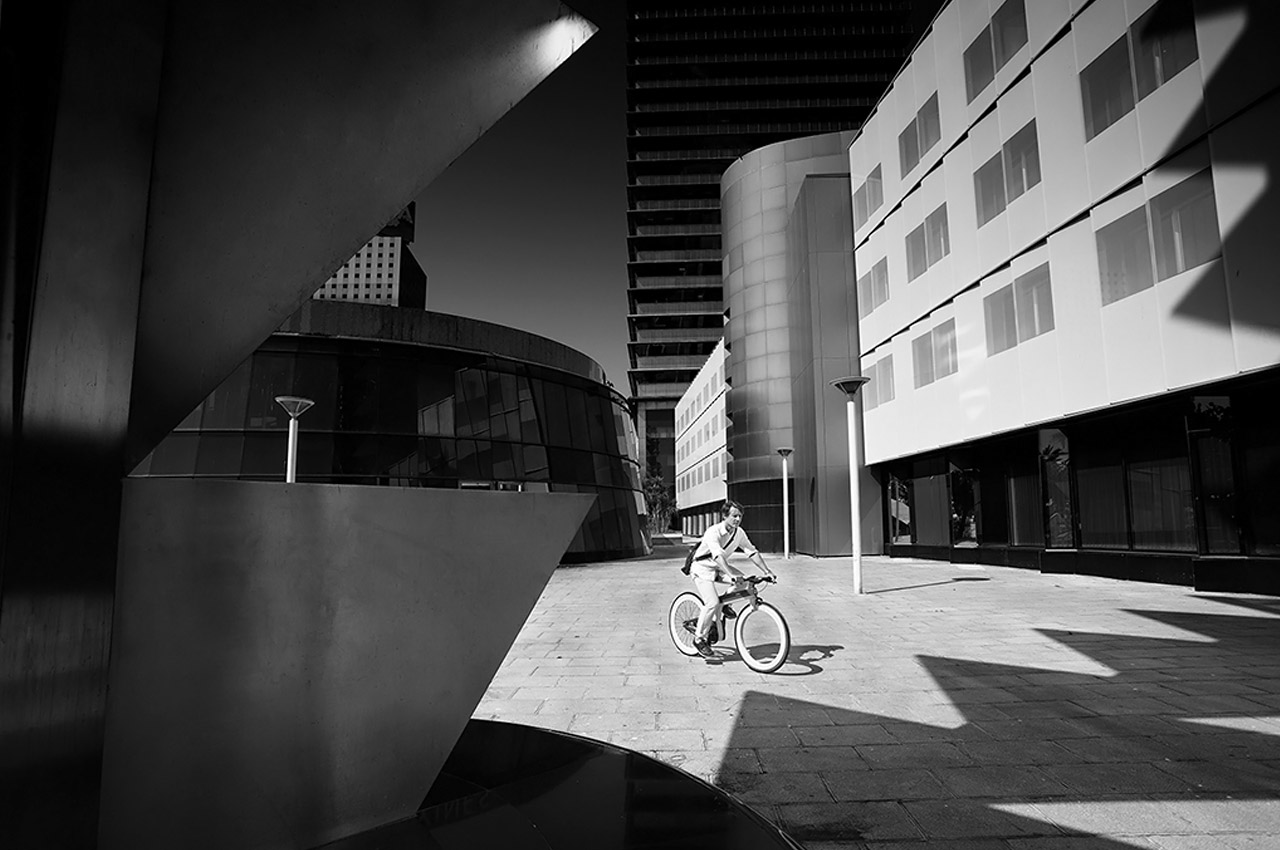 Victor Tabares, a designer based in bustling Barcelona, felt inspired to design and produce OOH BIKE. Since this e-bike retains its pedaling capabilities, most of the standout features from OOH BIKE are integrated into the bicycle itself. Just within the cyclist’s periphery vision, the battery levels are displayed along the top of the bicycle’s frame. Lit-up, neon lights signify the bicycle’s battery levels by the quarter. The front wheel on the OOH BIKE is entirely hubless, producing a metropolitan finished look that gives an otherwise integrated and functional bike some style. Additionally, the spokeless front helps rotate the wheel quickly and with little effort. While centerless wheels are primarily, it seems, an aesthetic decision, they do work well in city environments.

No one can deny the number of options when it comes to the most eco-friendly option for commuting on the planet, but are they all practical enough? This prompted designer Franz Cerwinka to rethink the next generation of luxury bicycling that’s perfectly in tune with high-tech features. Thus came into existence the Pilot bicycle designed for the upcoming 5-10 years. Franz set out on designing the bicycle by conducting extensive interviews and testing phases. Interactions with bike owners, students, or other people who ride their bikes for daily commutes led to the final design. Talking of shaping and modeling the two-wheeler, this bit took the most chunk of the effort since it was a one-man job. 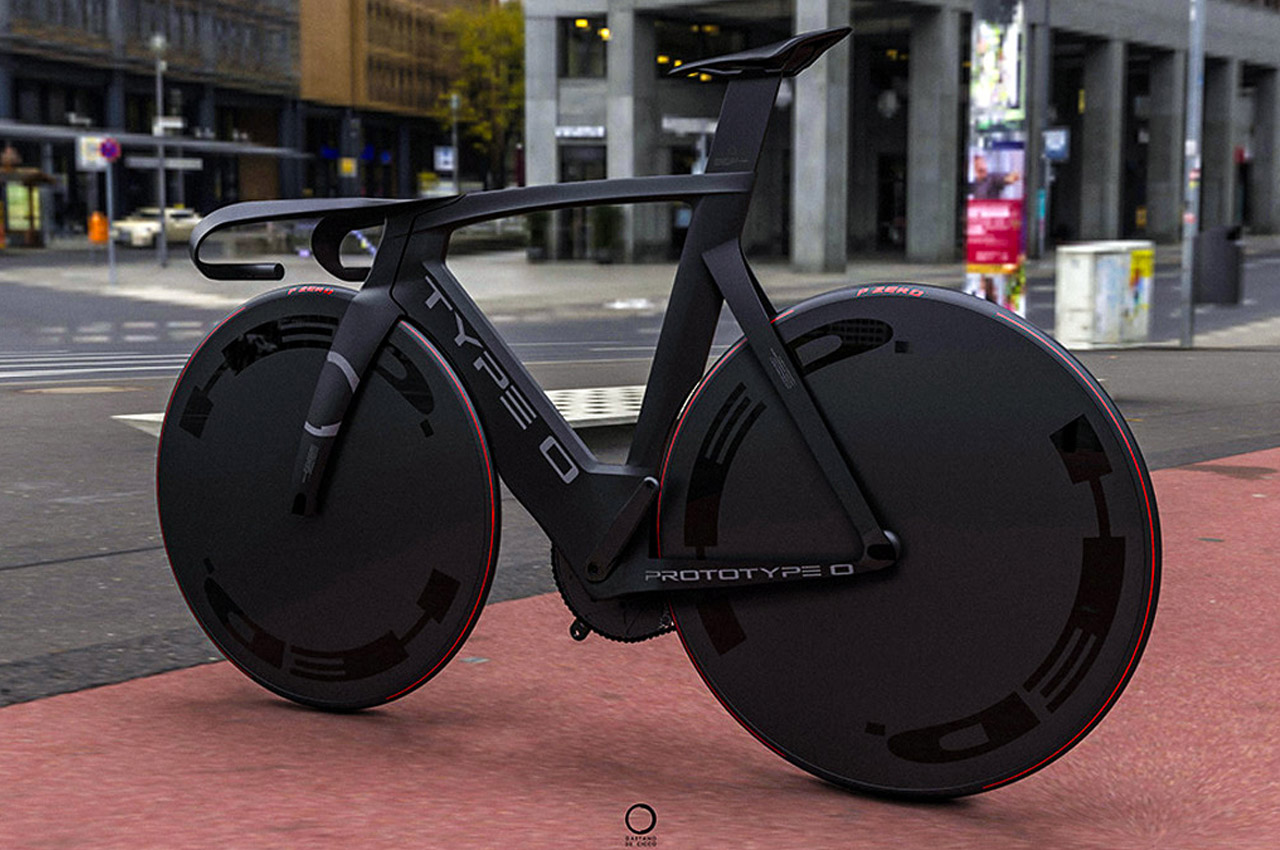 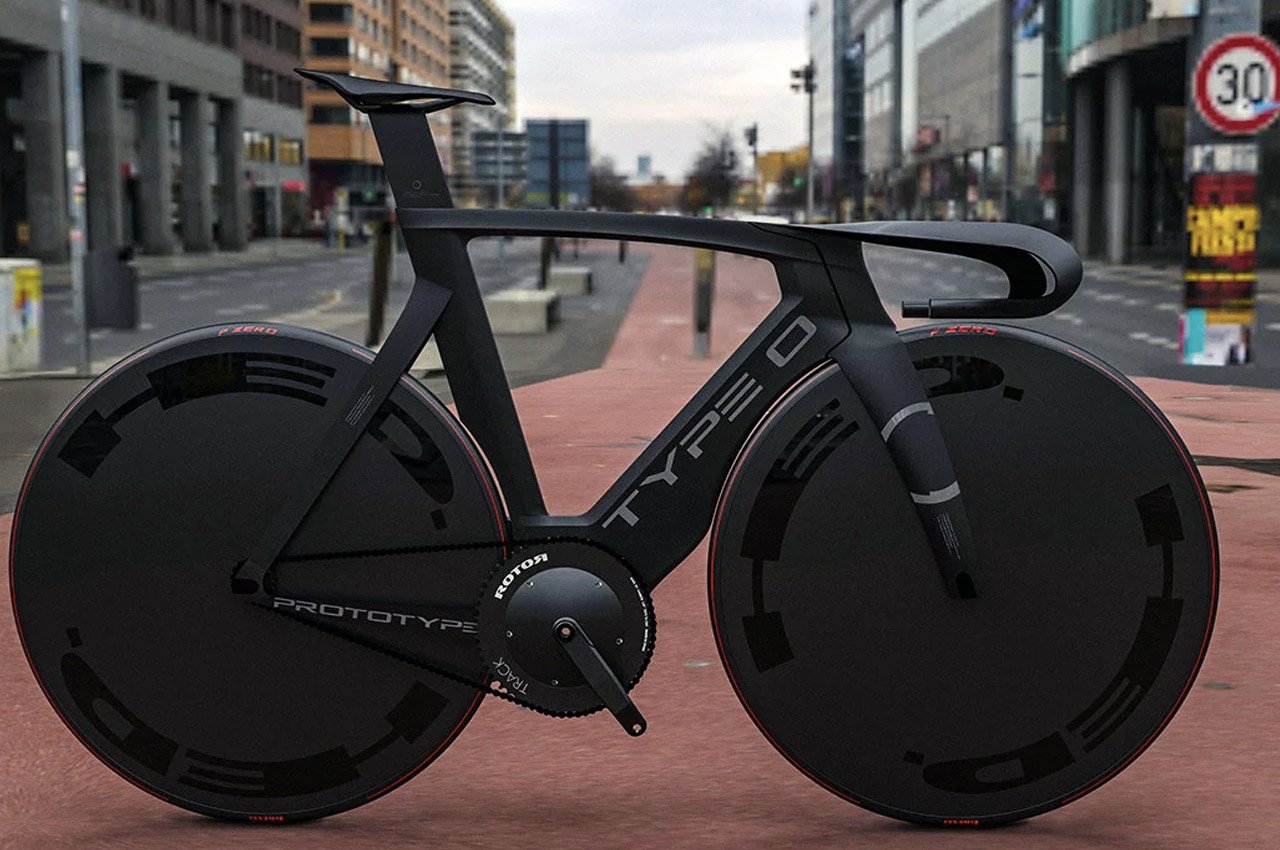 It feels like paper and works like paper, so you won’t believe it’s not really paper. Paper notebooks haven’t really gone out of fashion despite…

If I had to condense Tesla‘s ethos into a single phrase, it would arguably be to bring advanced technologies to the world of automotives to…

Even Birds Are Going Green

This is a really simple concept but one I want like yesterday. The Solar Birdhouse is exactly what it says. The roof has a solar…

Sean Wotherspoon is more known among the sneakerheads for his designs and collaborations with big brands like Adidas. He has recently teamed up with the…