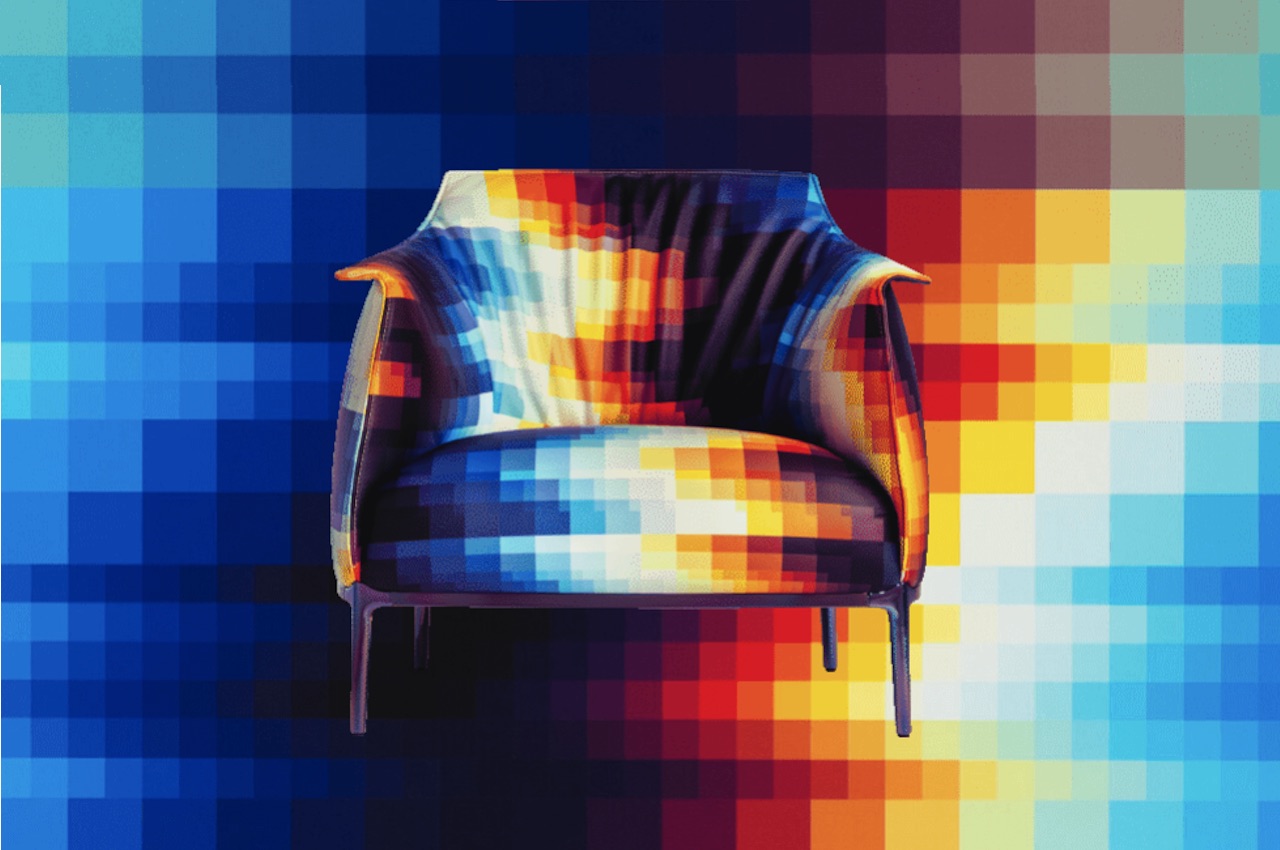 Poltrona Frau is a famous Italian furniture maker that specializes in leather seating. The brand has recently teamed up with another big name in the design industry to give color to its iconic Archibald armchair.

The team-up is a celebration of Poltrona Frau’s 110th anniversary. The pair has resulted in a colorful iteration of the Archibald using artist Felipe Pantone’s signature geometric shapes, a prism of neon gradients, and jagged grids and optical patterns. The classic seat gets a more modern version in the choice of design. 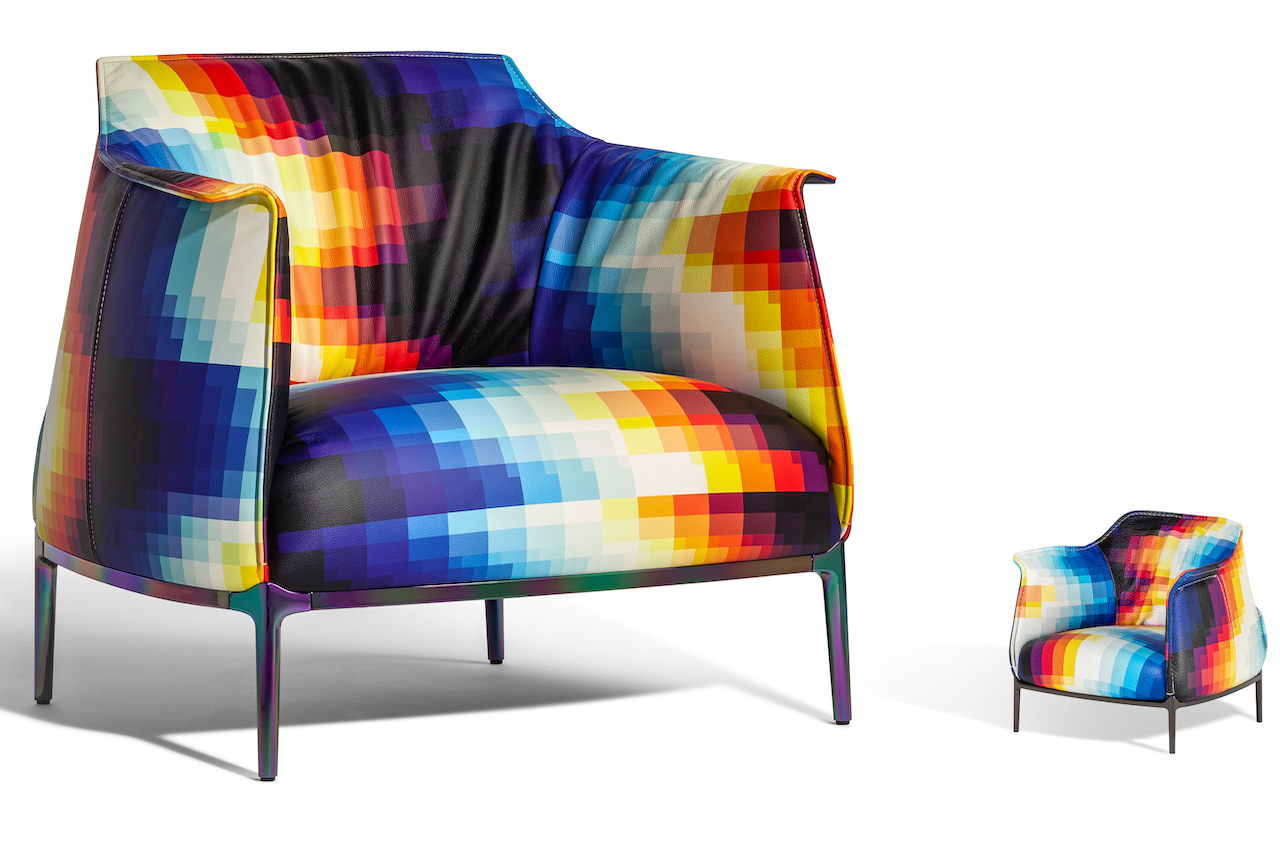 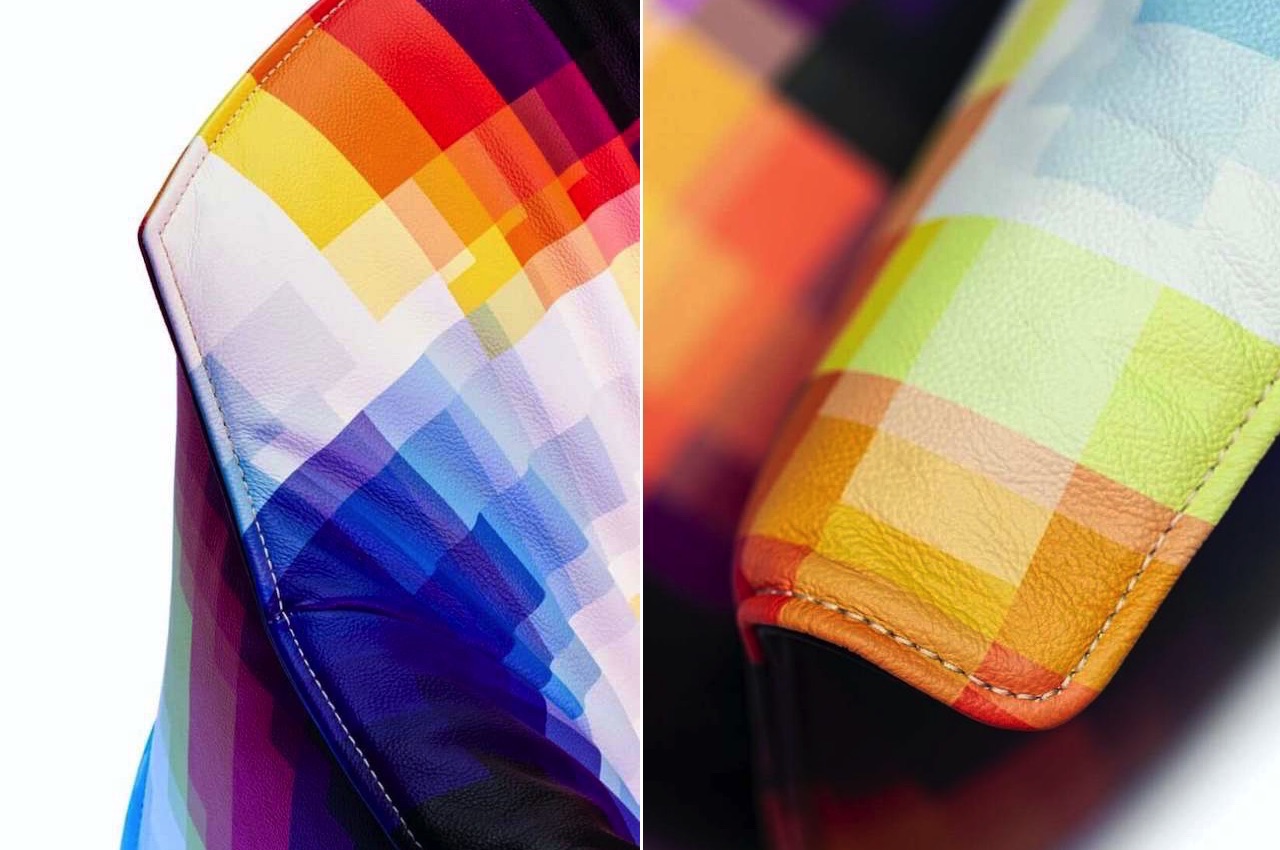 Artist Felipe Pantone came up with a grid pattern to be used on the leather surface of the Archibald chair. The result is a pixelated effect similar to a heat map showing warm and cool temperatures. The base and metal legs of the chair remain slim but are now with a Multicolor Natural Chrome finish. The effect is an iridescent purple-blue finish that glimmers under the light.

The Anniversary Limited Edition Archibald by Poltrona Frau is made of the company’s Impact Less leather. It is a “green” and free material requiring fewer chemicals and water consumption. The Spanish designer Felipe Pantone chose the Archibald for the Pantone X Poltrona Frau collaboration. He visited the Poltrona Frau headquarters to observe the designs, drafts, and archives to see what could be done. The Archibald Chair ended up being his choice because of the arms and backrest’s minimal frame and unique form. 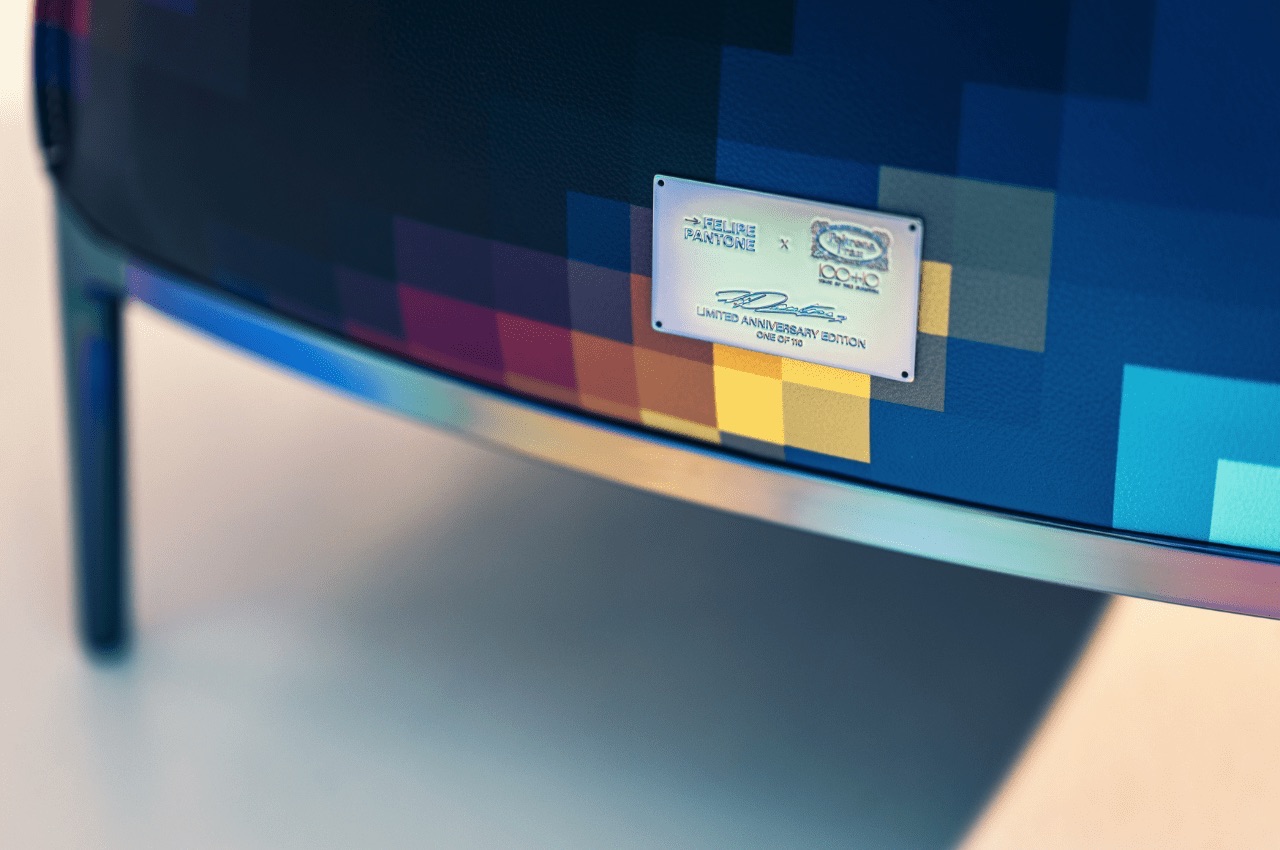 Felipe Pantone’s dynamic and loud style is evident in the limited edition Archibald chair. Pantone’s work process is extraordinary, yet the result is always a masterpiece. Once he enters his creative zone, expect something beautiful will come out. Poltrona Frau and Pantone printed a design on the leather material. The design appears to be a pixelated image, which you see in low-res videos or pictures. It shows the digitization of something, resulting in small blocks in different colors. Those who know Minecraft will probably remember the beloved game instead. 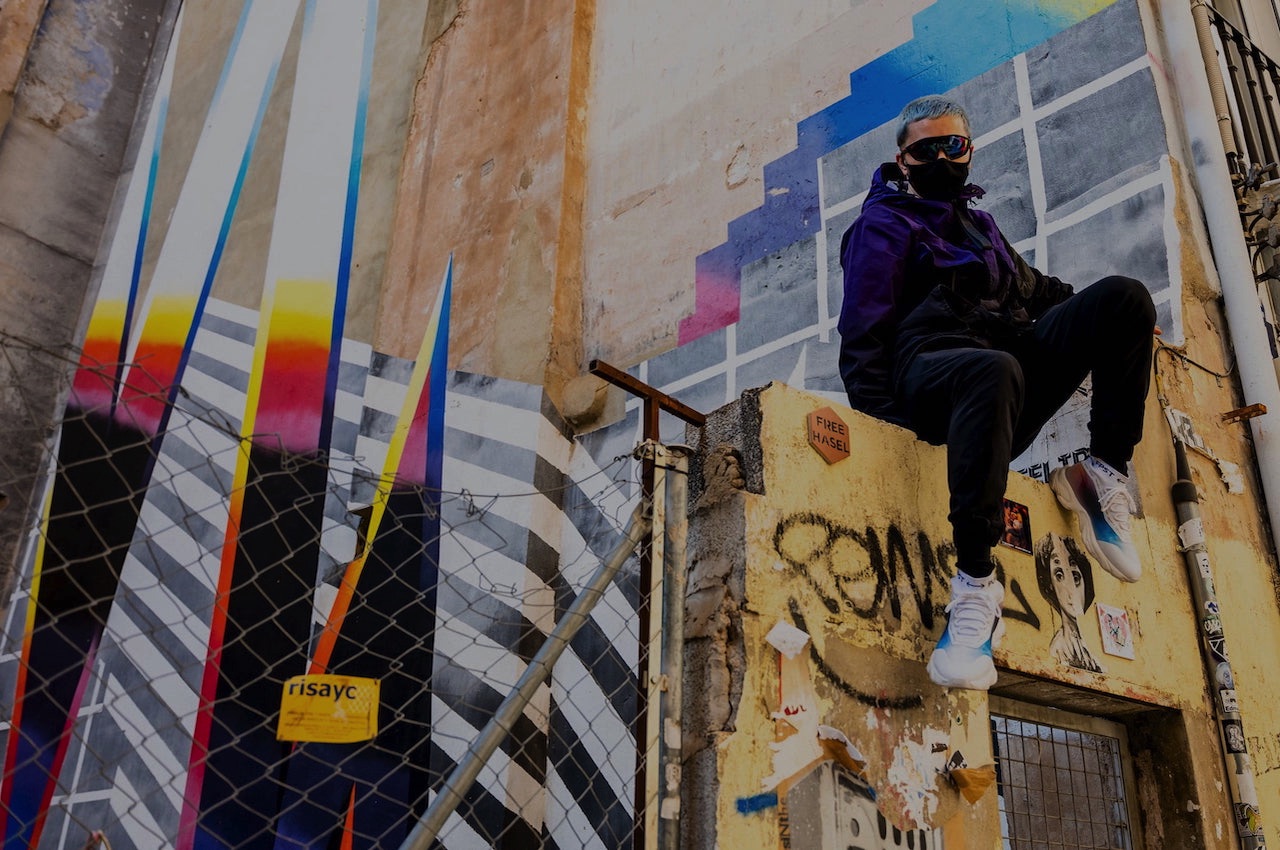 The Archibald Anniversary Limited Edition is one of a kind. We can see Poltrona Frau’s craftsmanship, plus the aesthetics based on modern design. The Pelle Frau Leather looks vibrant with yellow, orange, red, white, and blue colors. Every part of the chair bears a new pattern of the Felipe Pantone print. When you buy a piece, you will receive a special genuine leather cleaning kit for the Archibald Limited Anniversary Edition. It will also come with a special clutch that contains a special hand-signed certificate of authenticity.

Felipe Pantone is not to be confused with the Pantone company but the two entities are both in the design world. As for Poltrana Frau, we previously mentioned its collaboration with Ferrari. The results were two officer chairs: the high-backed President and the smaller Executive chair. Poltrona Frau collabs with some of the best brands in the world so we know the latest limited edition offering will definitely sell. 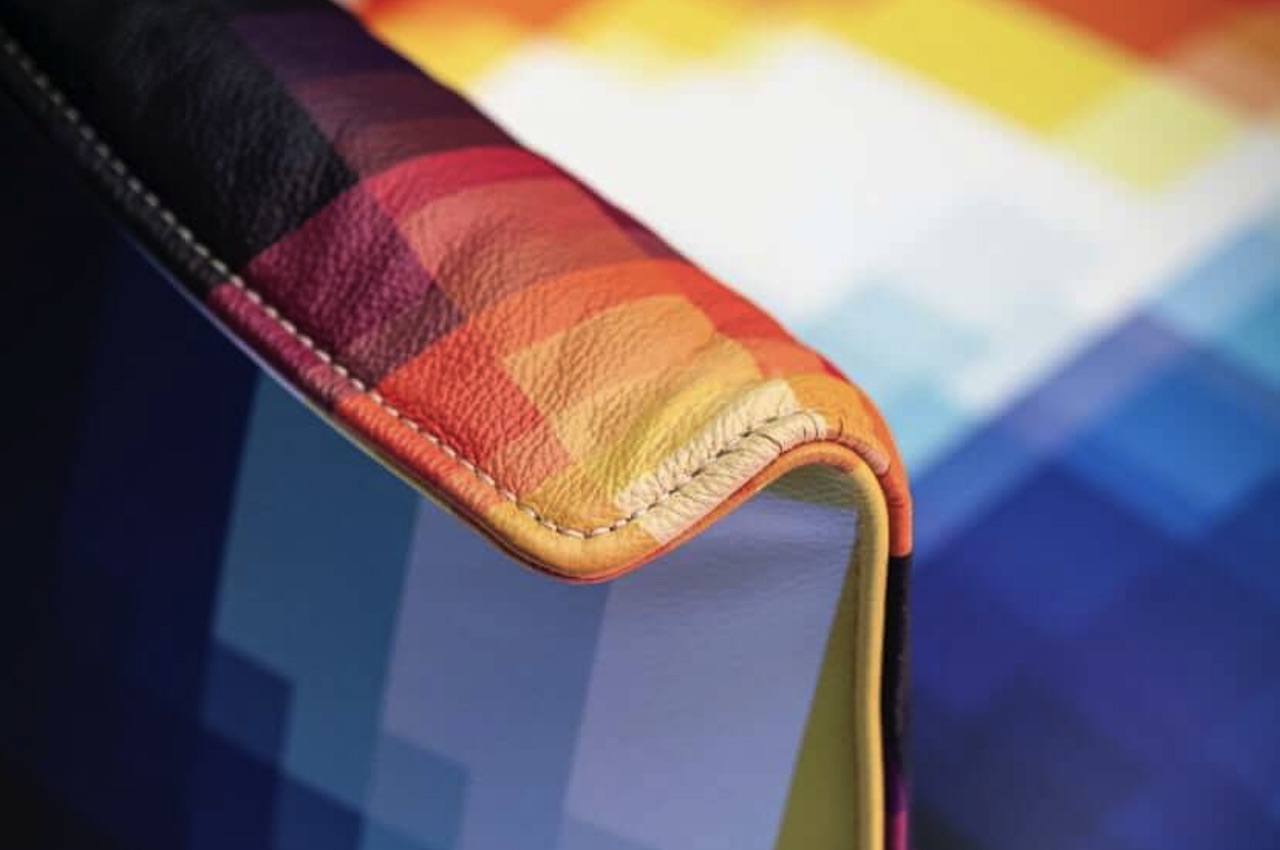 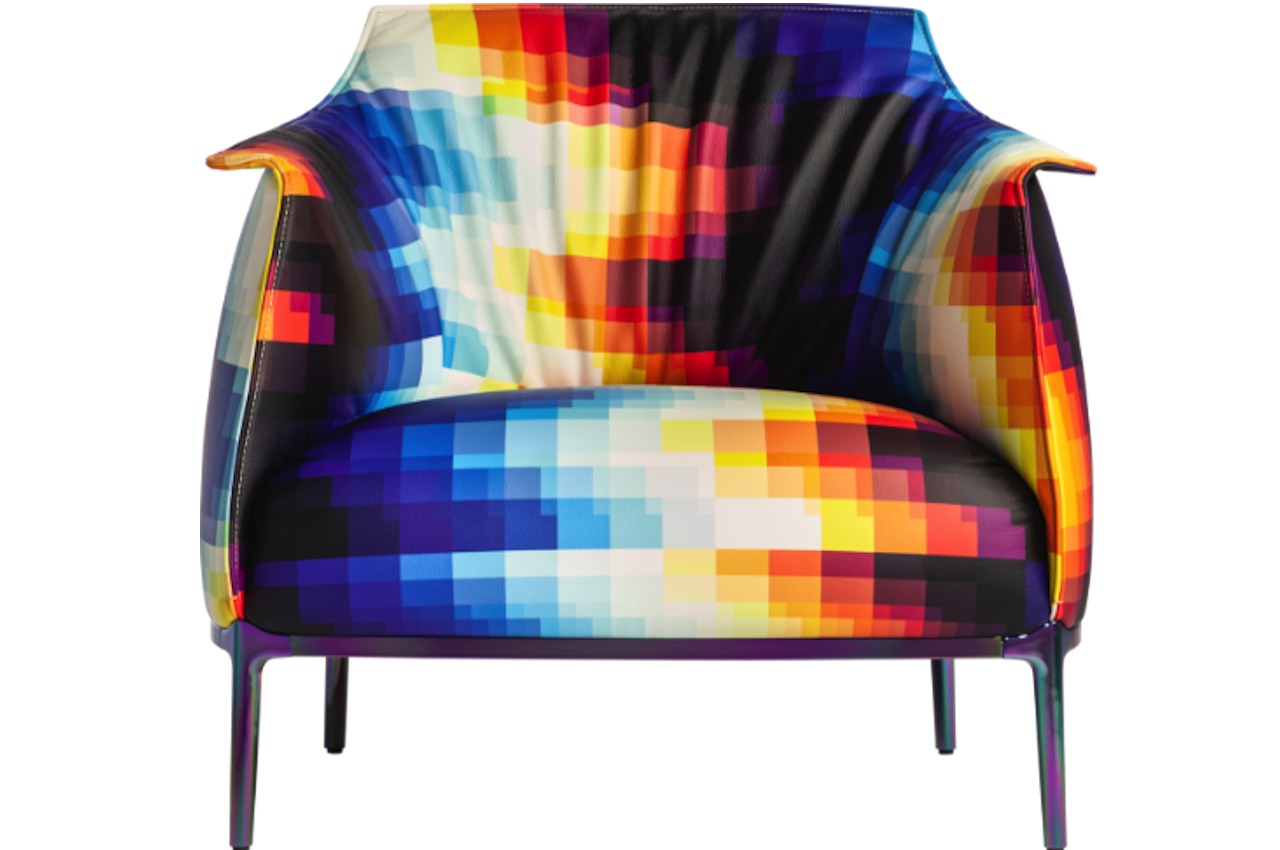 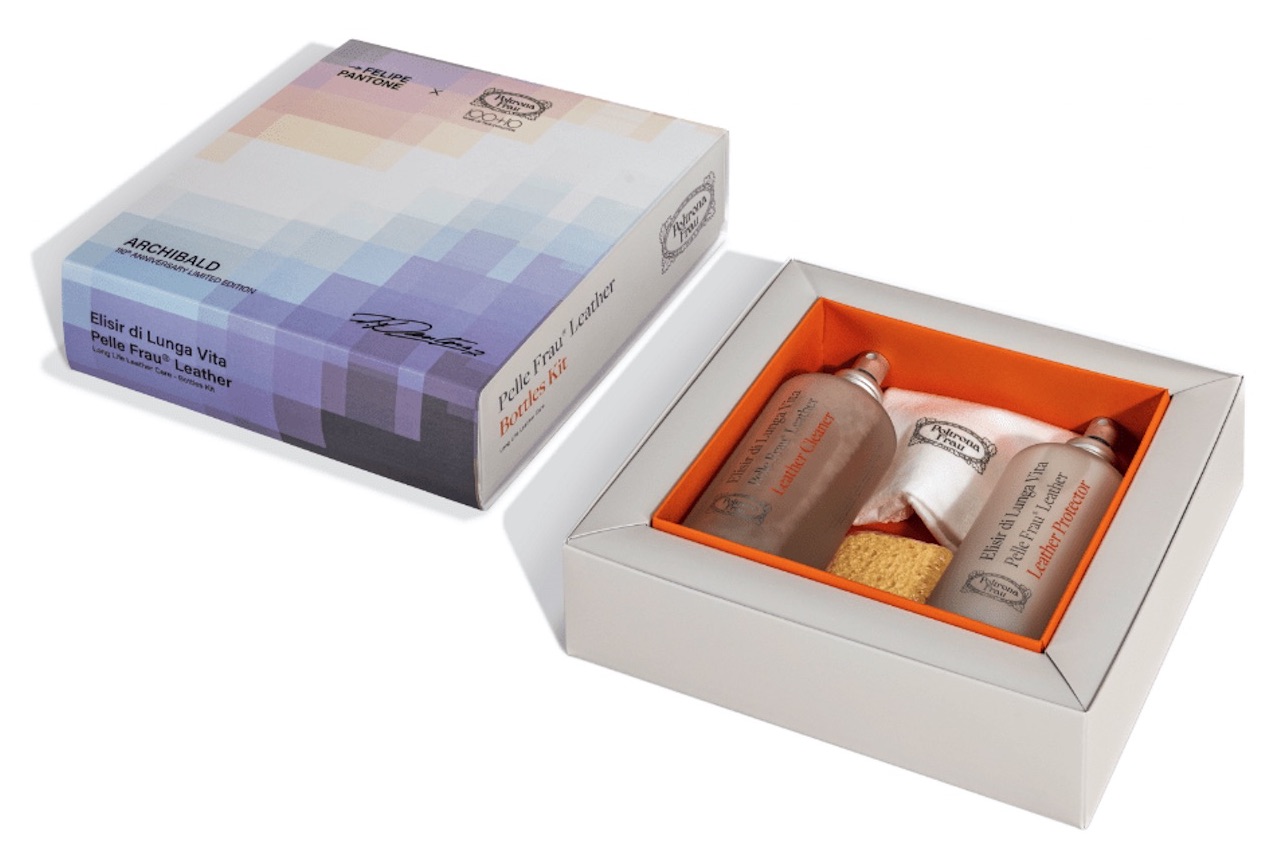 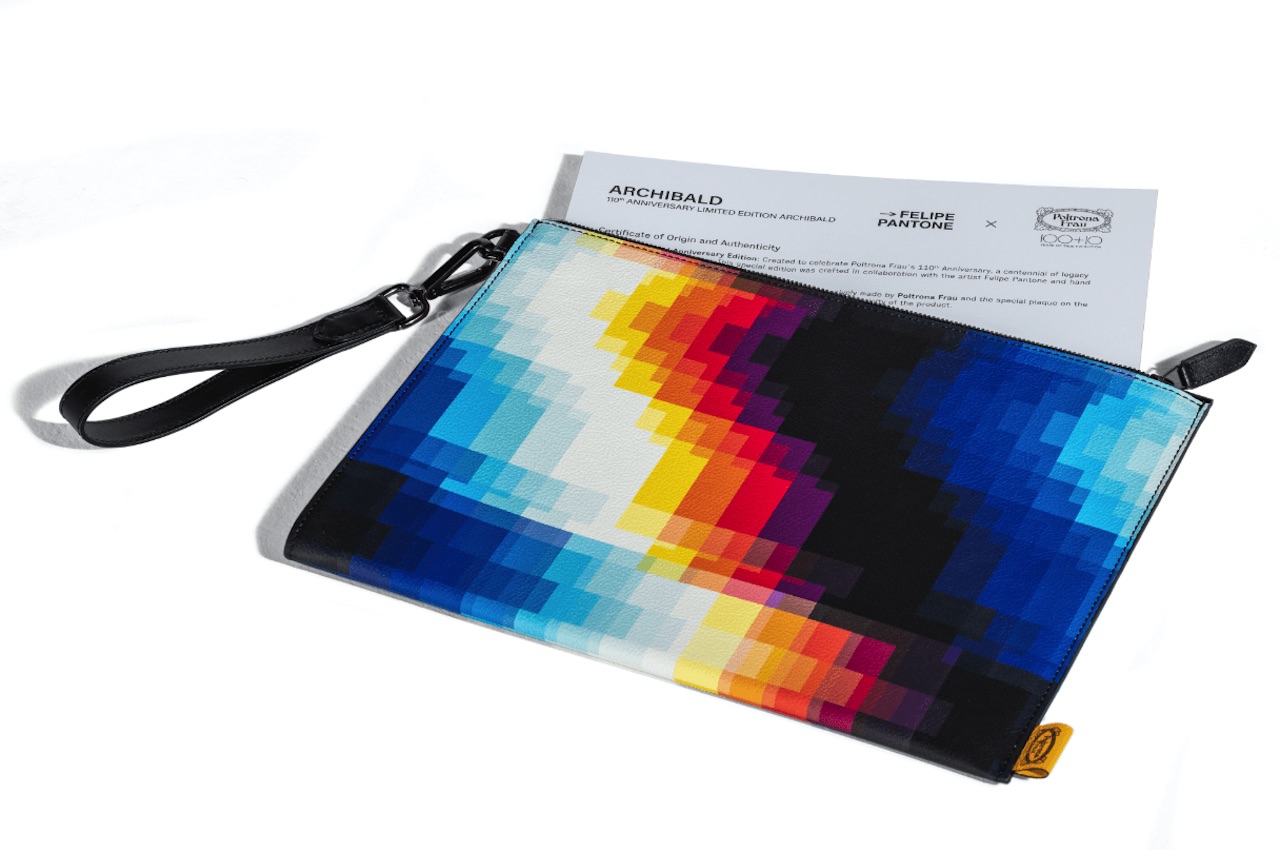 Pepe Heykoop’s Skin Collection of furniture is a response to the excessive 25-30% of leather waste produced by the furniture industry each year. The leftover…

Because traditional furniture and flat floors are too boring

The Les Angles Structural Seating brings the dynamic surfaces of the outdoors, indoors. Designed in a way that doesn’t look like furniture, but behaves like…