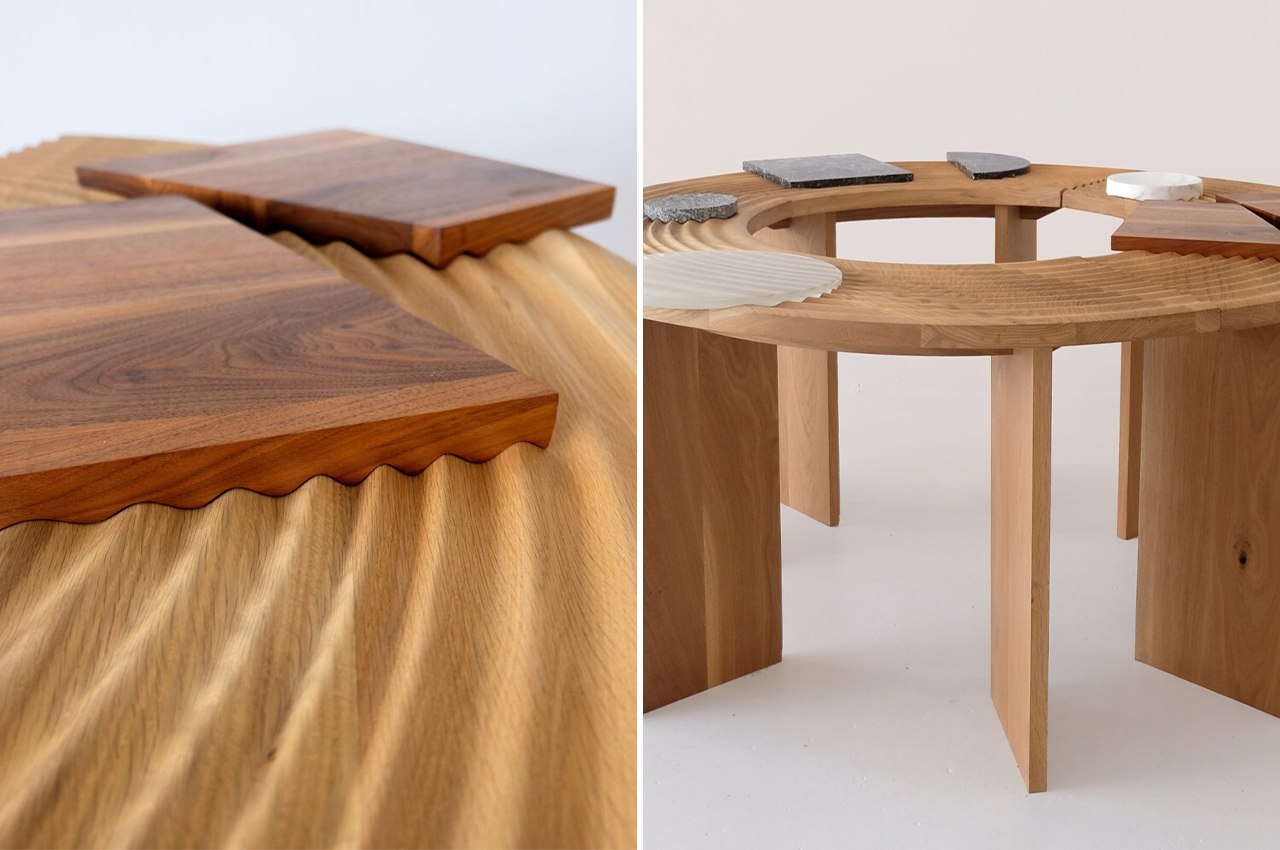 Outside In is a multifunctional, shapeshifting table that incorporates hand-carved grooves into its timber frame to resemble the raked ruts of Japanese zen gardens. 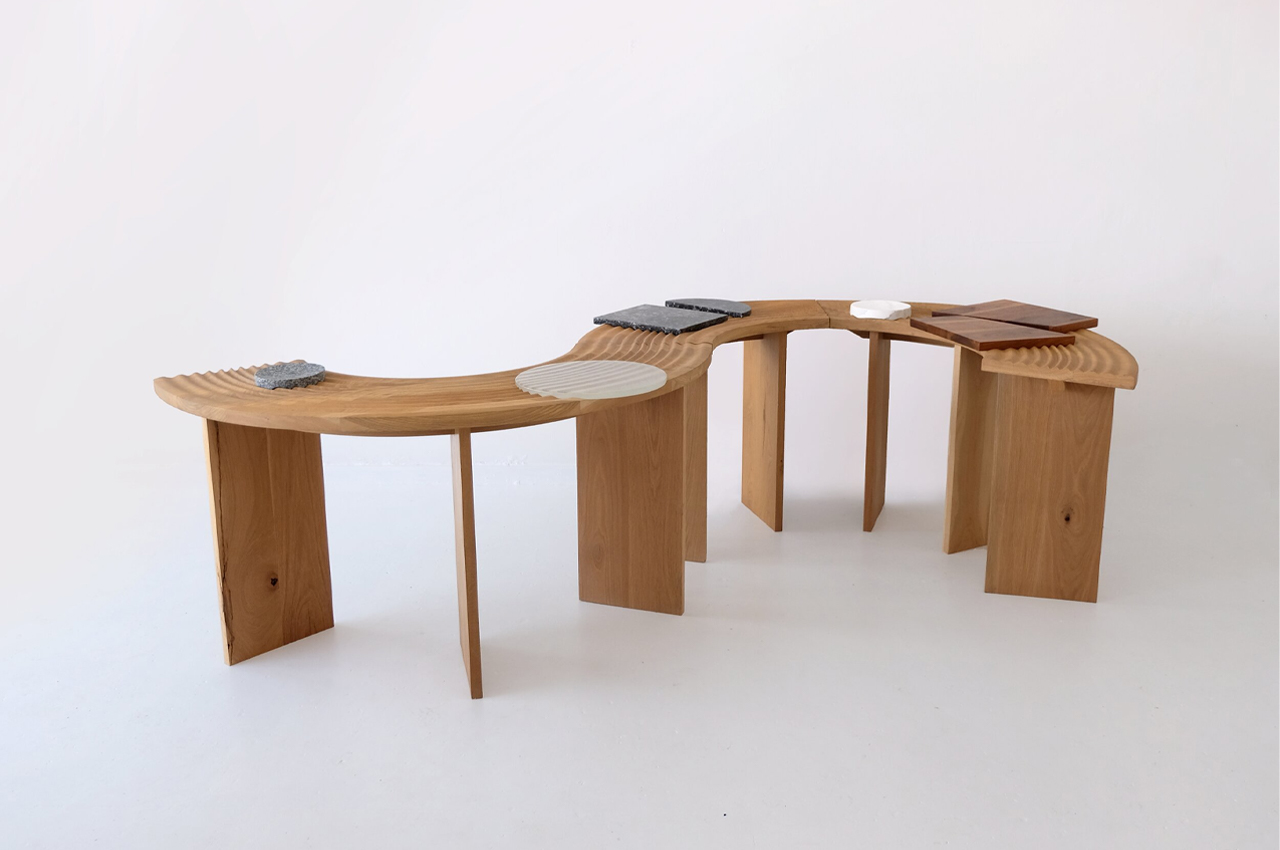 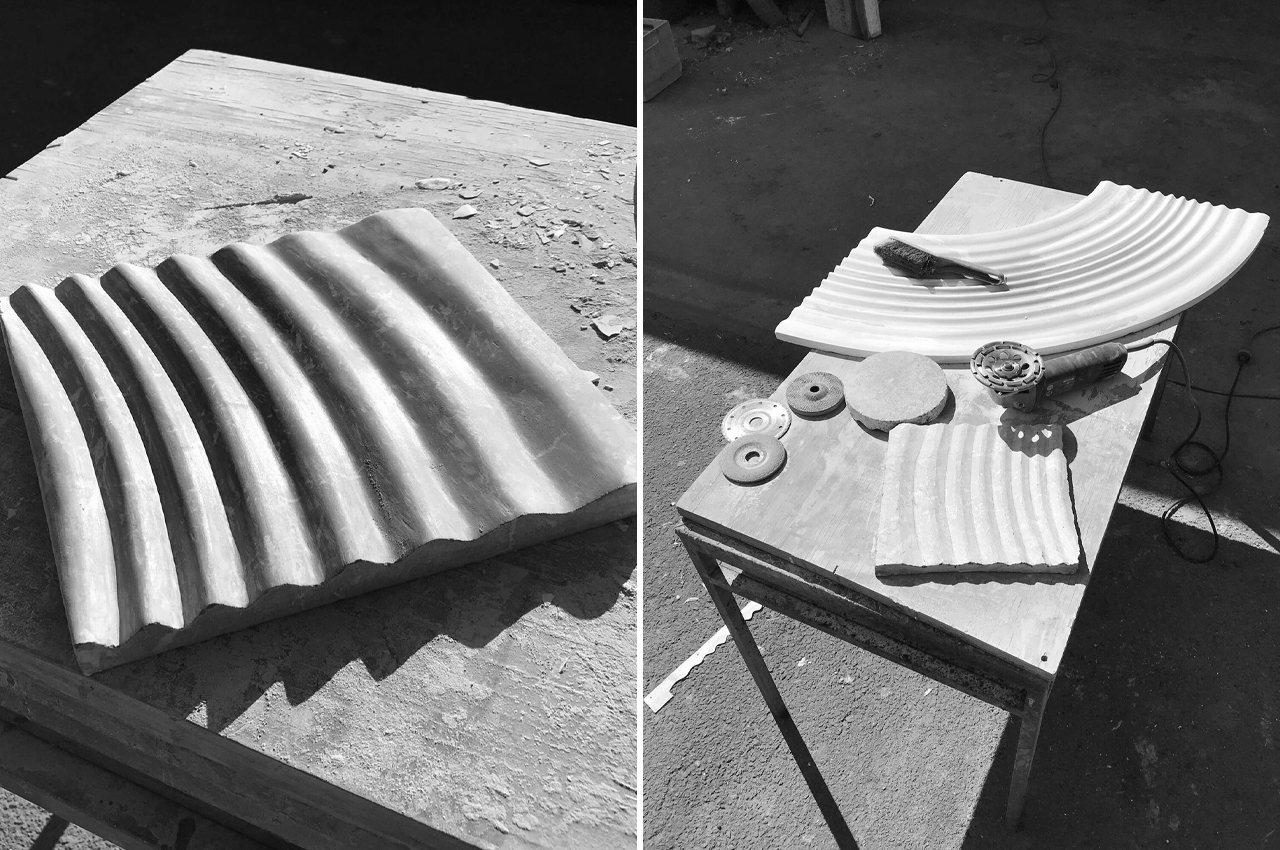 Designed for his collection of personal and bespoke projects, Sabu Studio founder Samuel Burns designed Outside In to be a multifunctional, shapeshifting table defined by its sinuous timber surface that resembles the hand-raked grooves of a zen garden. 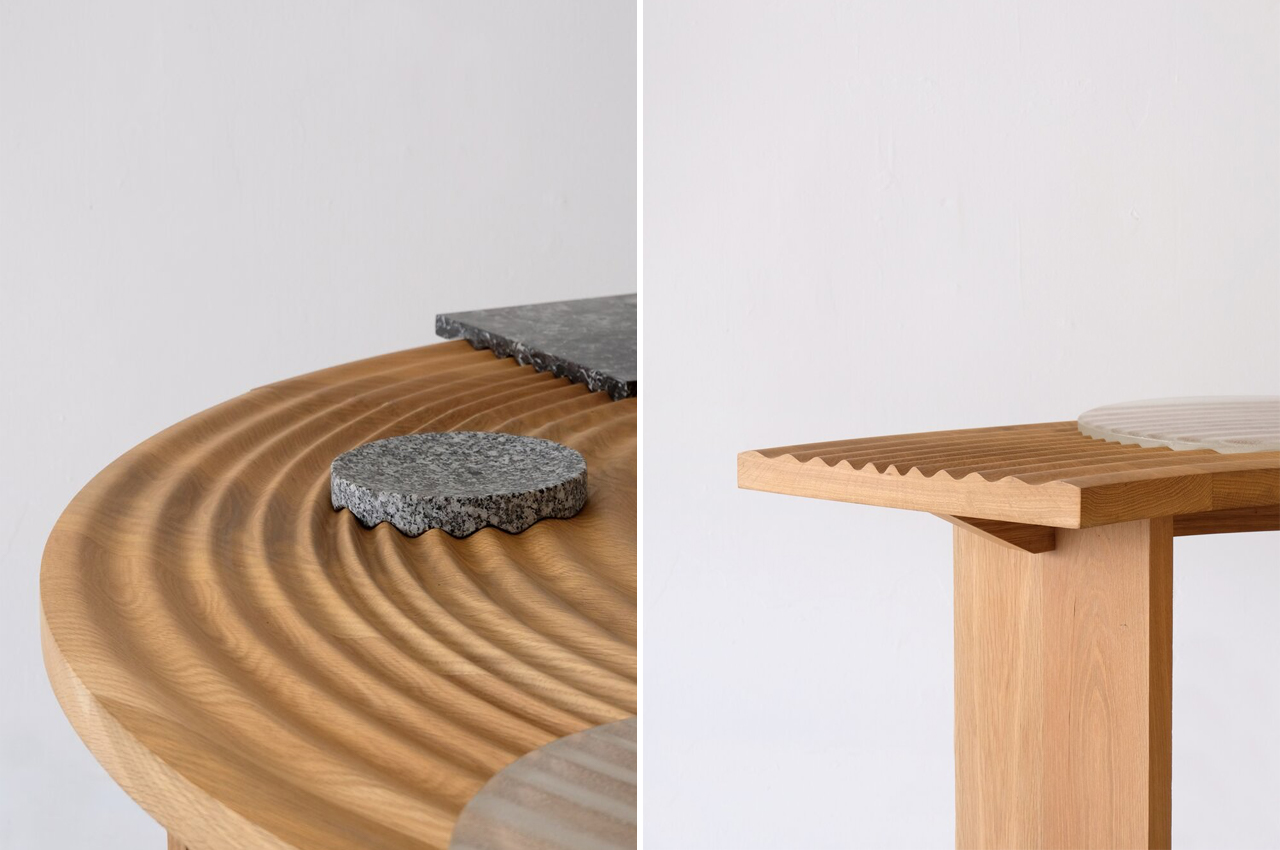 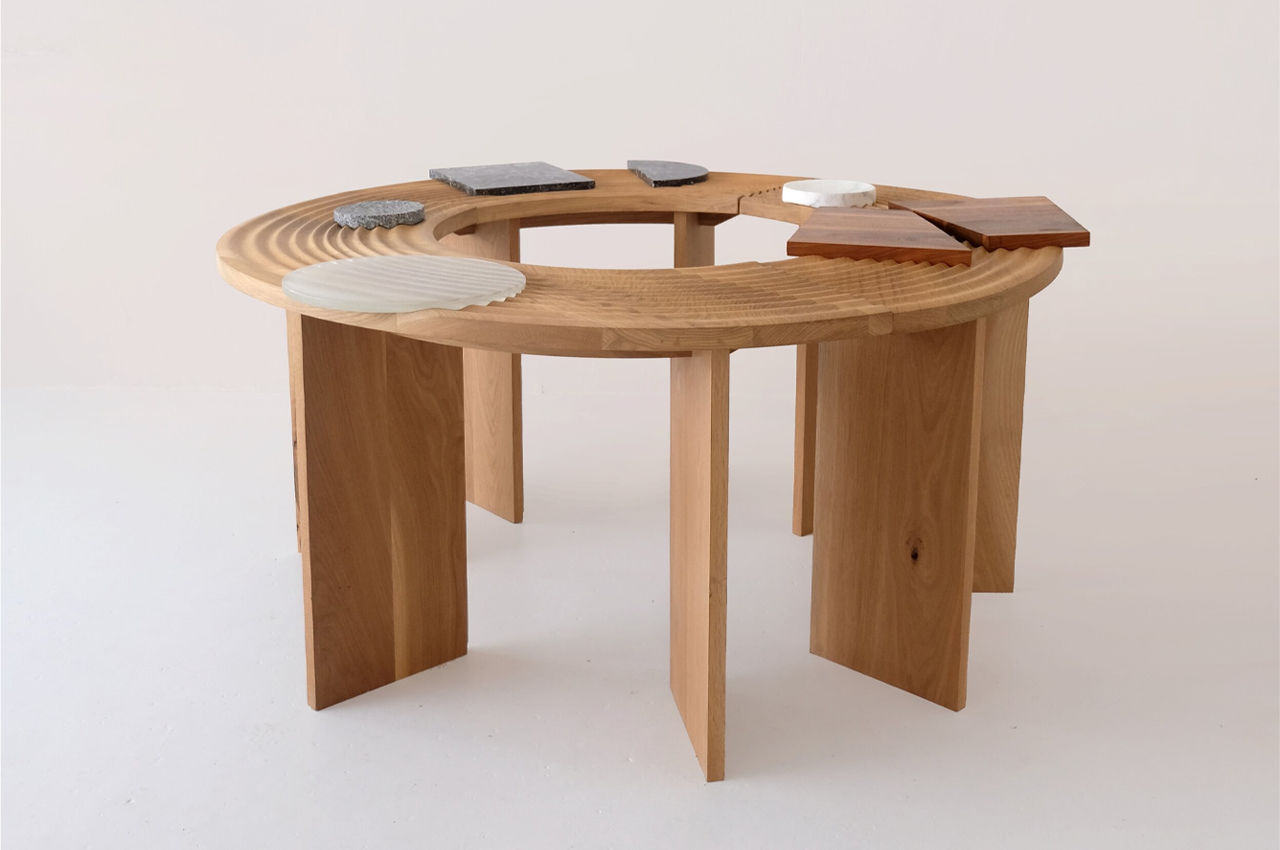 While the tabletop’s timber grooves resemble zen gardens’ raked ruts, they also double as rails for hand-carved granite and marble elements to slide between and provide functional flat surfaces. Two halves of a rectangular marble element can separate to create two small flat surfaces. Or, when users need a larger tabletop surface, the two halves come together to form a larger rectangle. 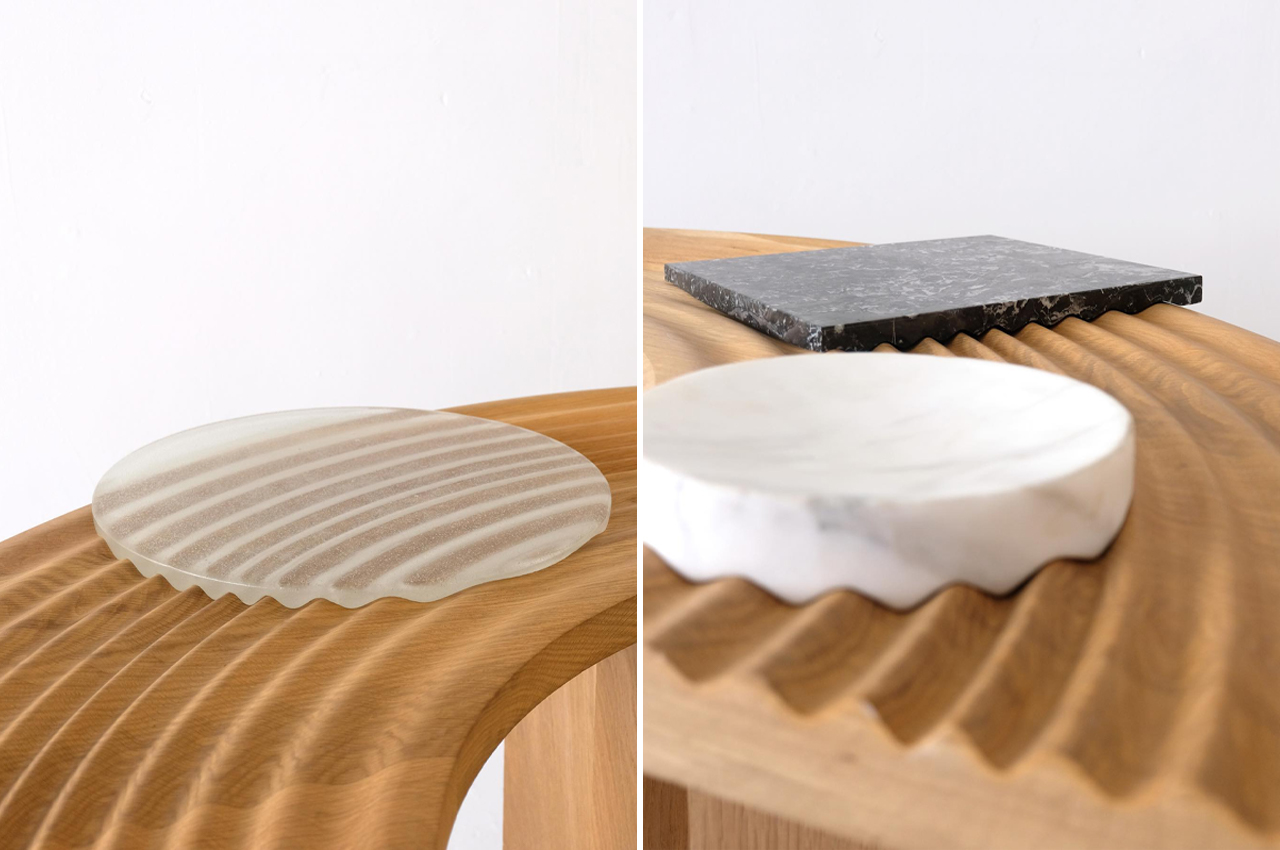 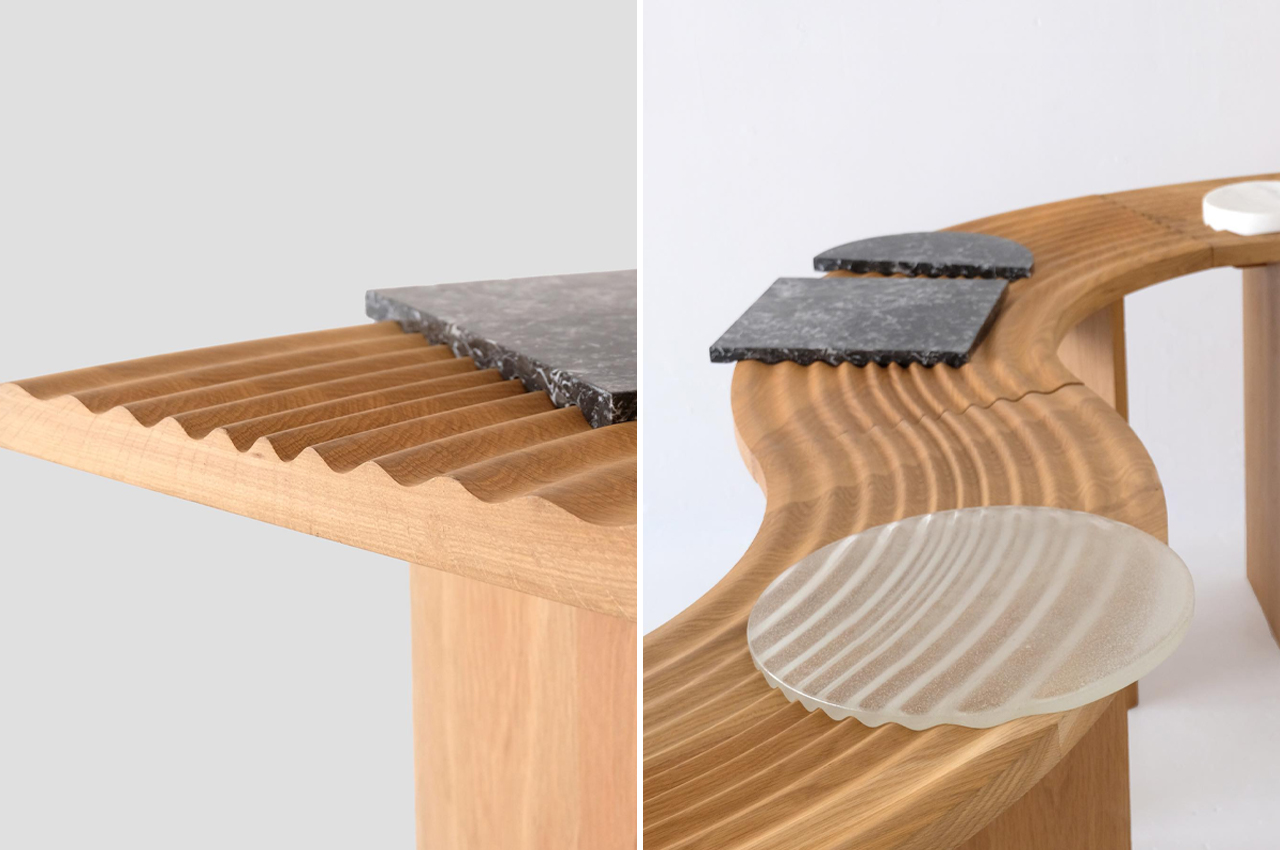 Burns turned to the flow of water and Japanese zen gardens to introduce elements of nature to interior city spaces. Fully functional as a table, Outside In is a crafty piece of furniture that would look right at home in hospitality common spaces or even event halls. 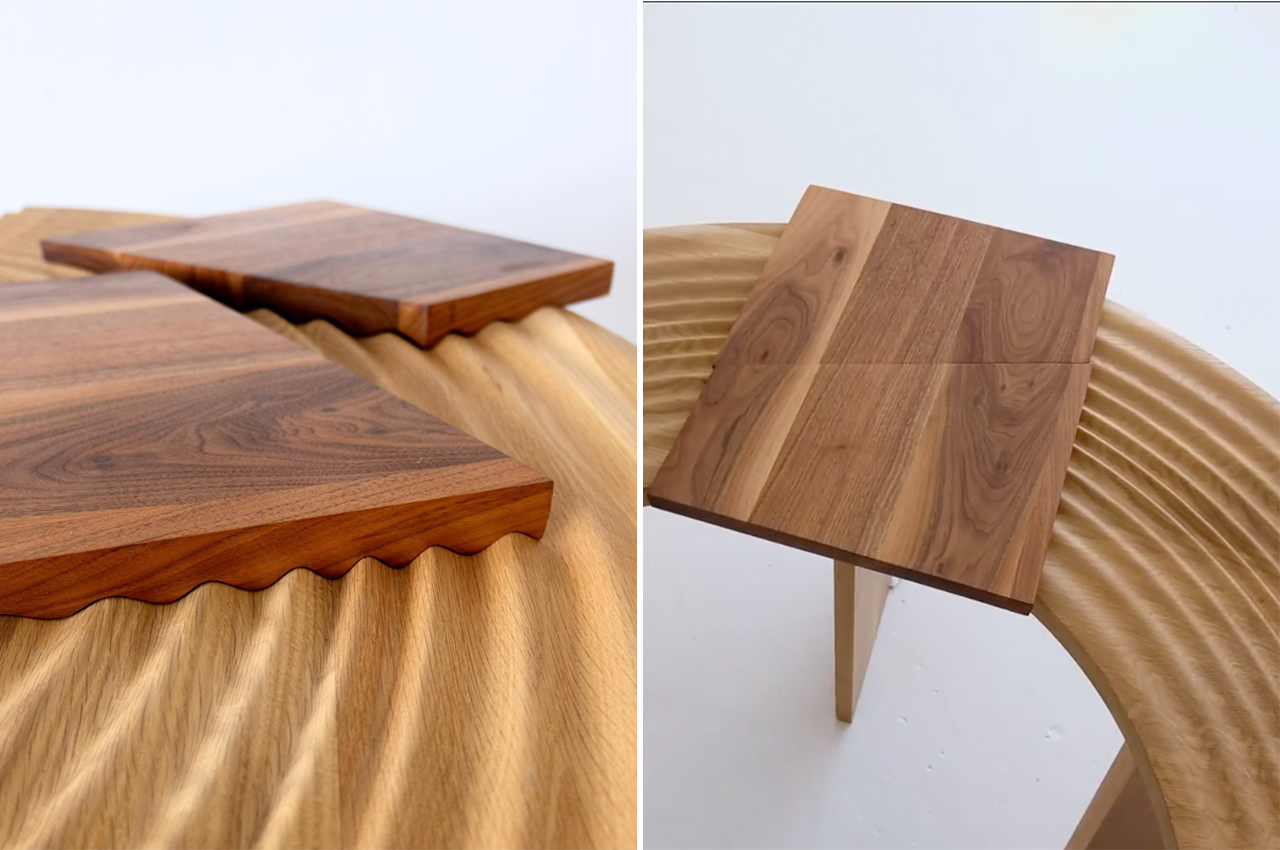 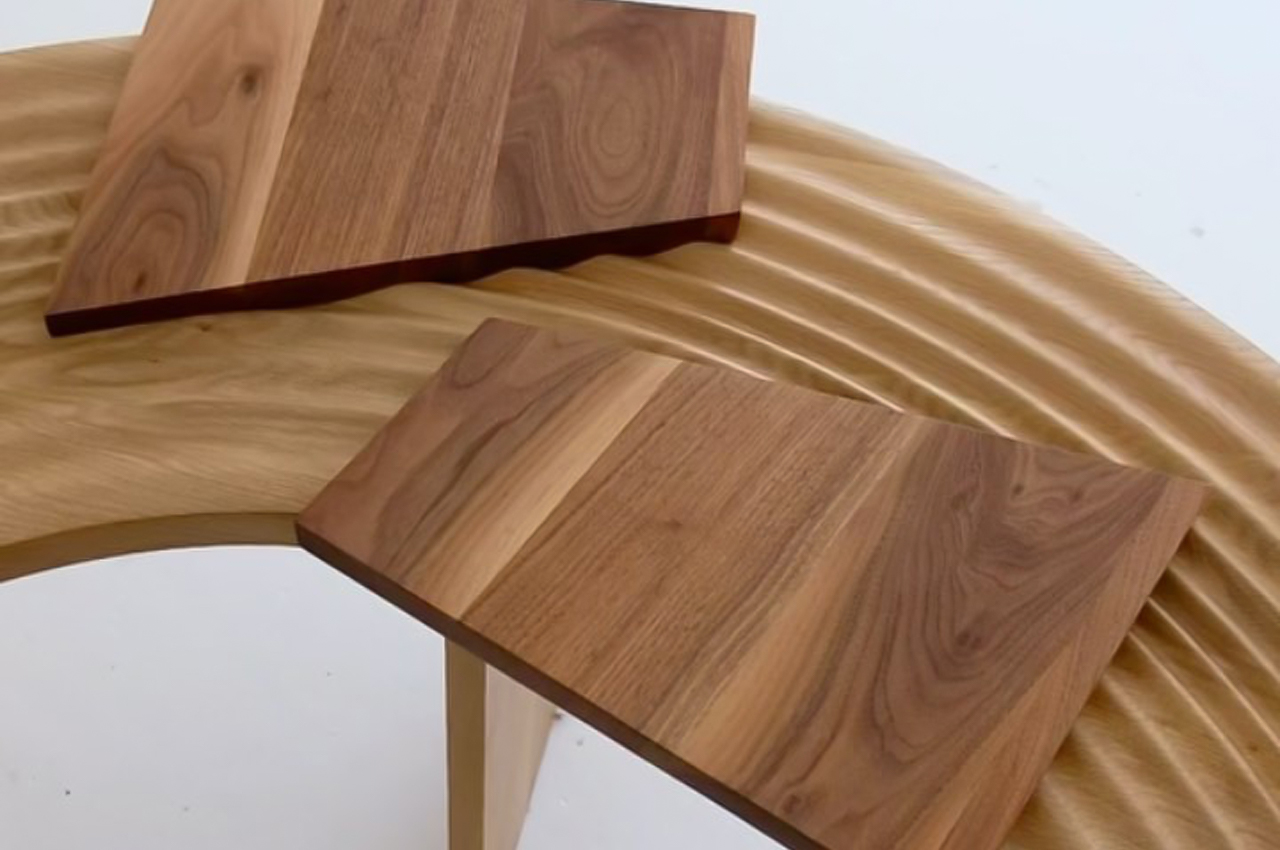 Explaining the piece’s origins, Burns notes, “The primary aim of Outside In was to introduce a sense of the natural world into interior spaces through form and symbolism. The design investigates materials dialogues and the notion of synergy, each object can shift and slide across the surface in a circular motion.”

SquareONE’s latest renovation, located in the basement of a residential building in the center of Bucharest, was once home to some of  the most successful…

The Workplace of the Future

Or now if you’re one of the 550 members of McCann Worldgroup! Studio Banana’s given their workspace a unique facelift centered around collaboration and inspiration….

A workspace with grace

I really like it when I see new designs that remind me of old design classics. The Mystica Desk is a beautiful office workspace that’s…