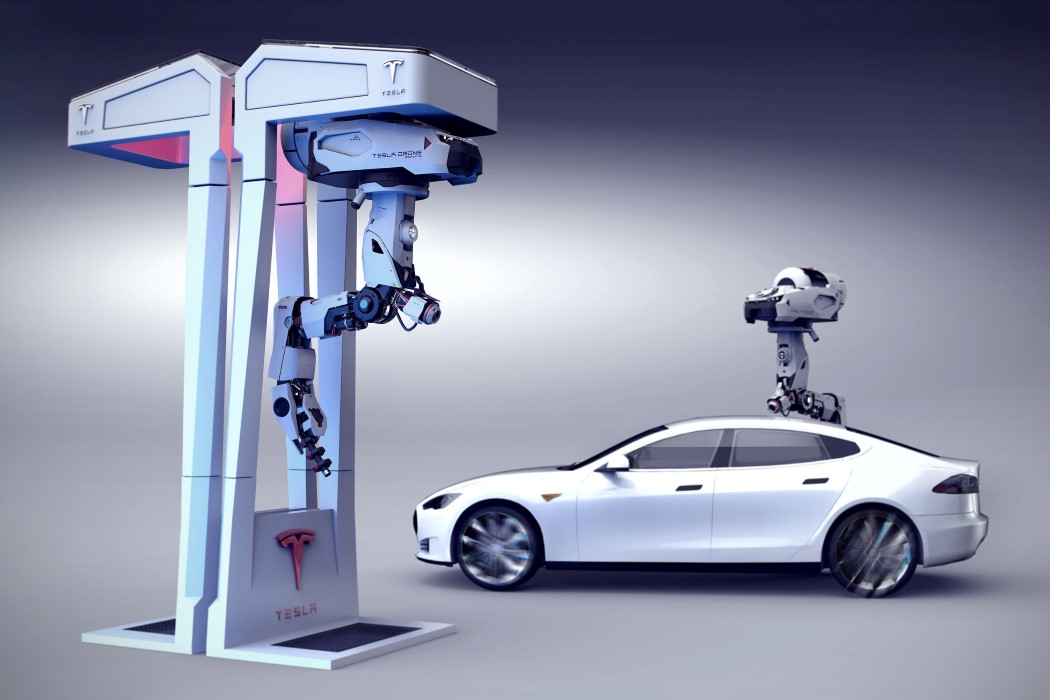 Embodying Tesla’s unabashedly fearless attitude towards tech, Serbian designer Darko Markovic decided to combine the three things that the car company isn’t afraid of exploring. A. Drones, B. Autonomous Charging (remember that snake arm?), and C. Presenting futuristic technology in a way that impresses some, but scares others!

What you see below is a drone. A drone that is capable of charging vehicles. Instead of having vehicles dock/park at charging stations for hours, increasing commute times, Darko’s Recharge Drone concept has Charging terminals with drones within them. When a car low on charge triggers a request, the drone flies out and autonomously docks on the moving car (like a massive hornet) and plugs itself into the car’s charging port, allowing the car to charge while moving. The car drives off with the drone, that then autonomously unplugs itself after juicing up the car and promptly flies back to the charging station where it came from. Freaky? Abso-goddamn-lutely! But unendingly impressive too.

Darko takes the concept a step further, designing it in the style of popular game series Overwatch (known for their exaggerated forms and conceptual weapons)… a game that Elon Musk himself claims to be a big fan of. Let’s hope Mr. Musk sees this! 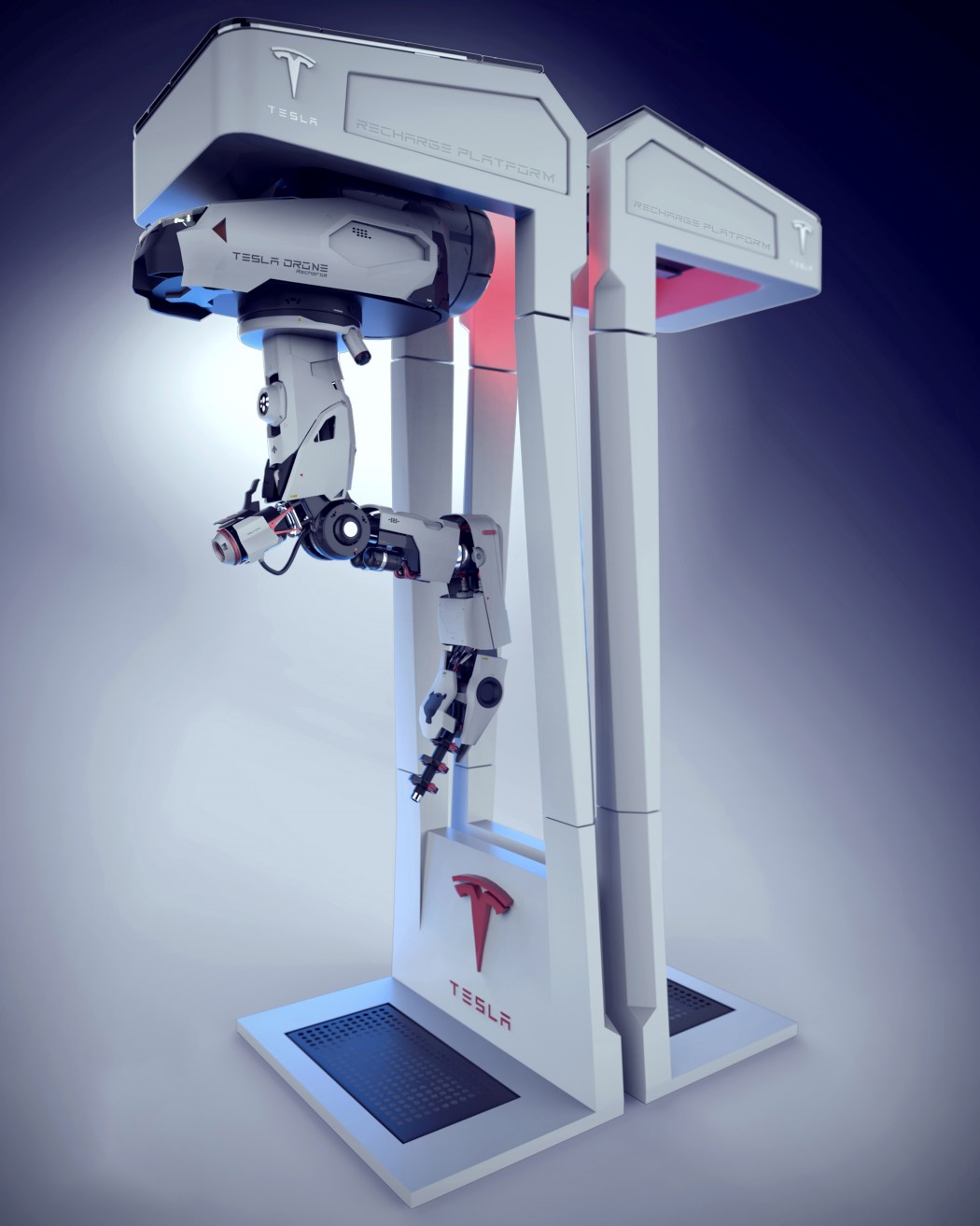 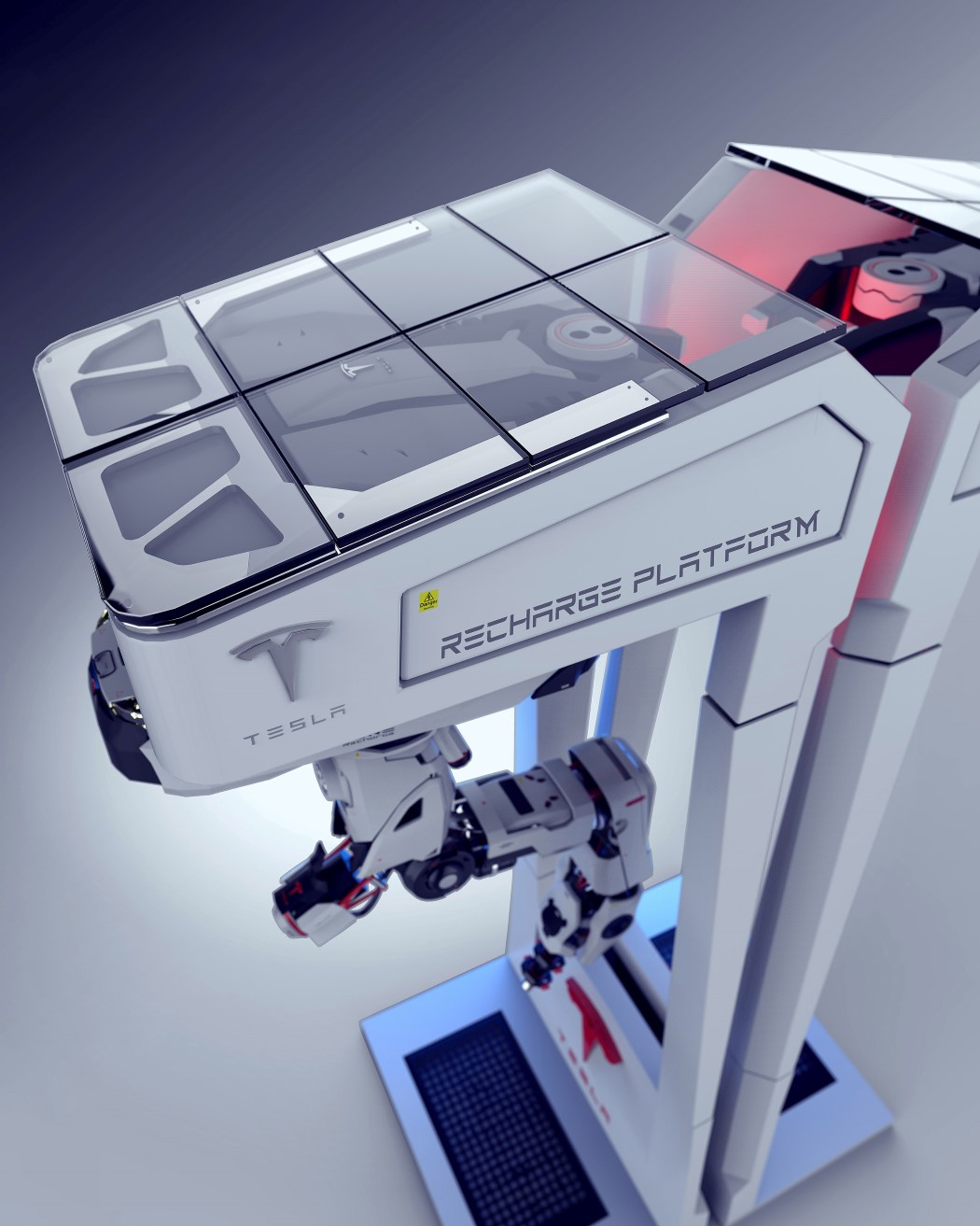 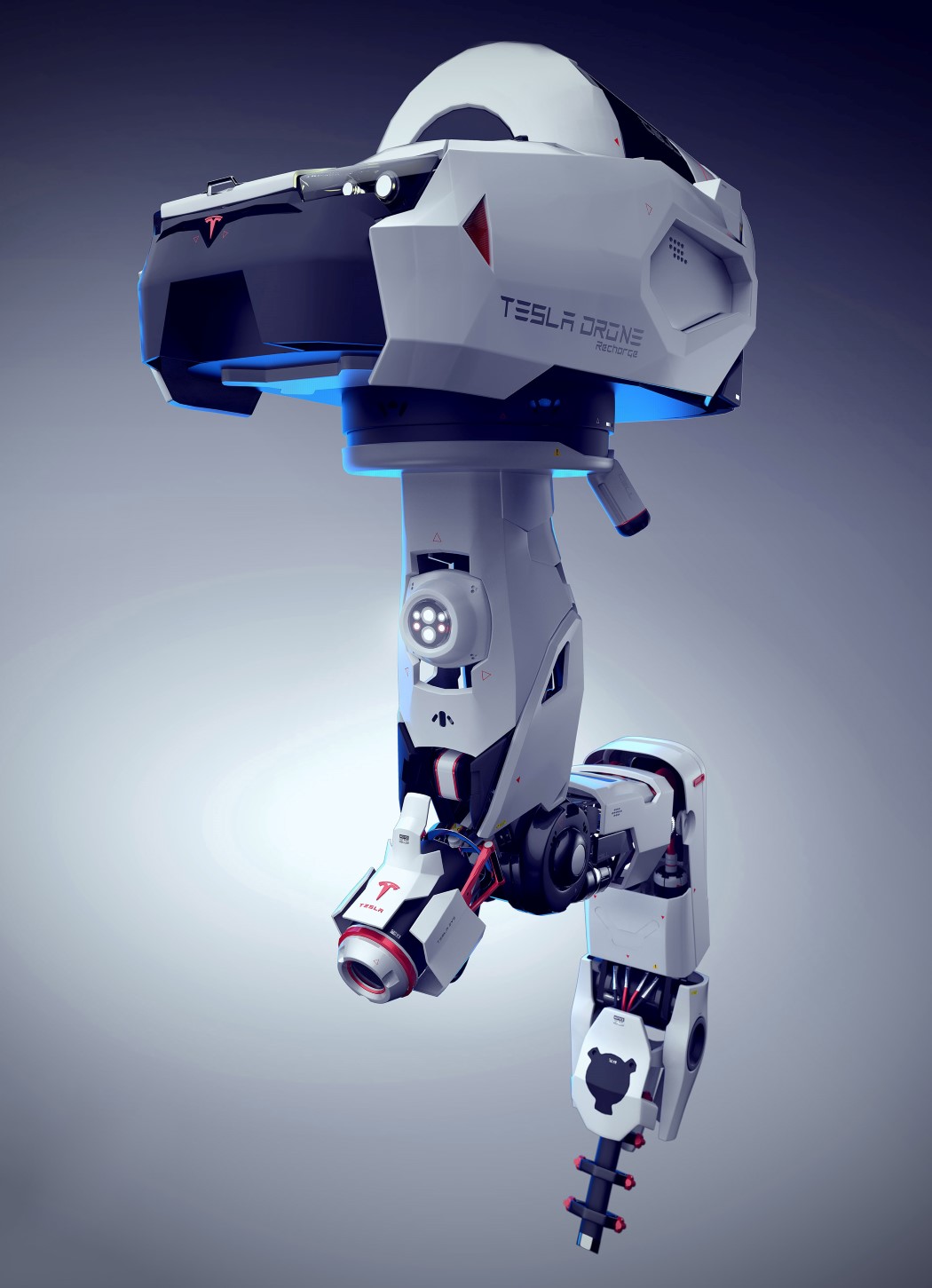 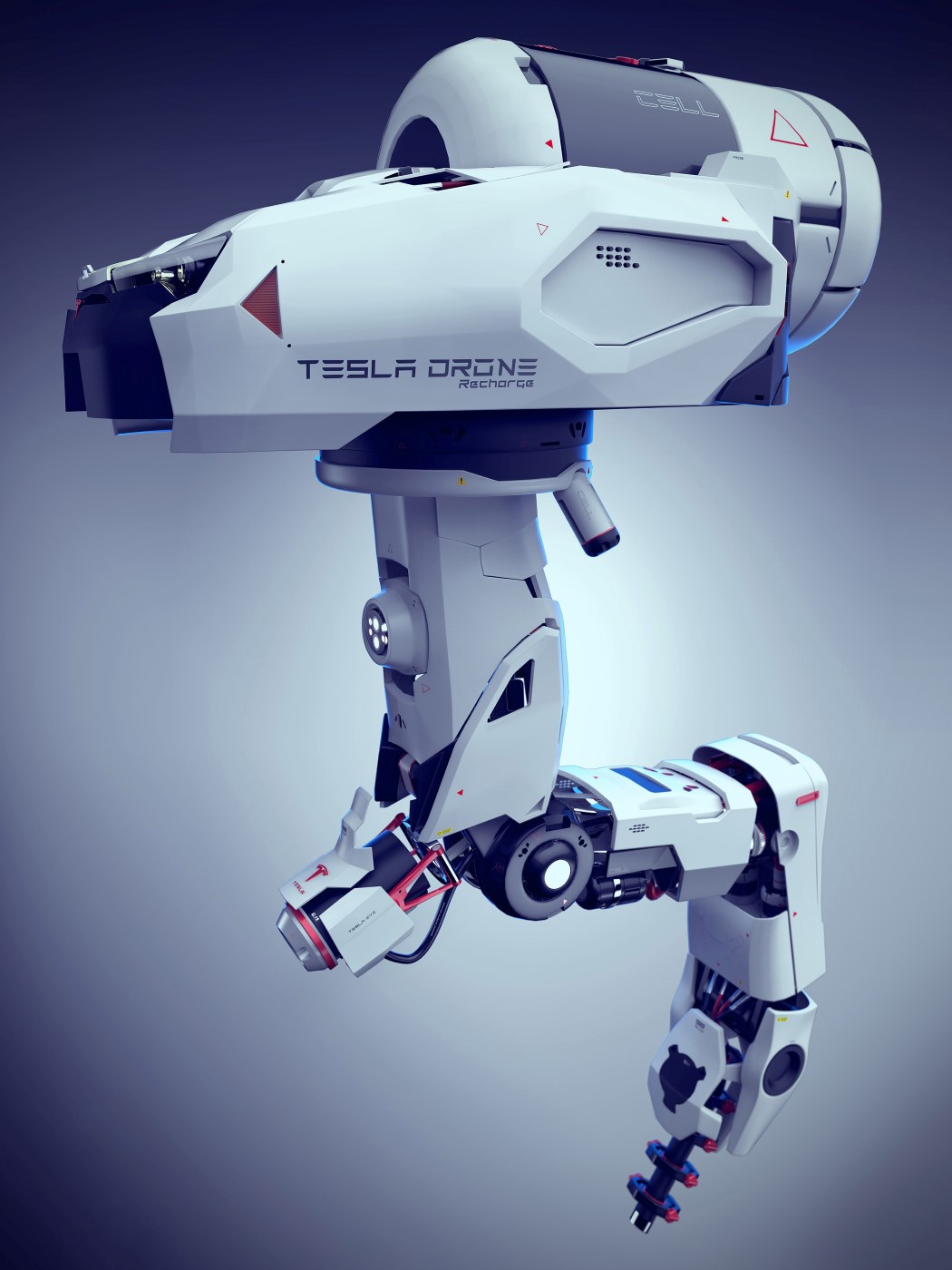 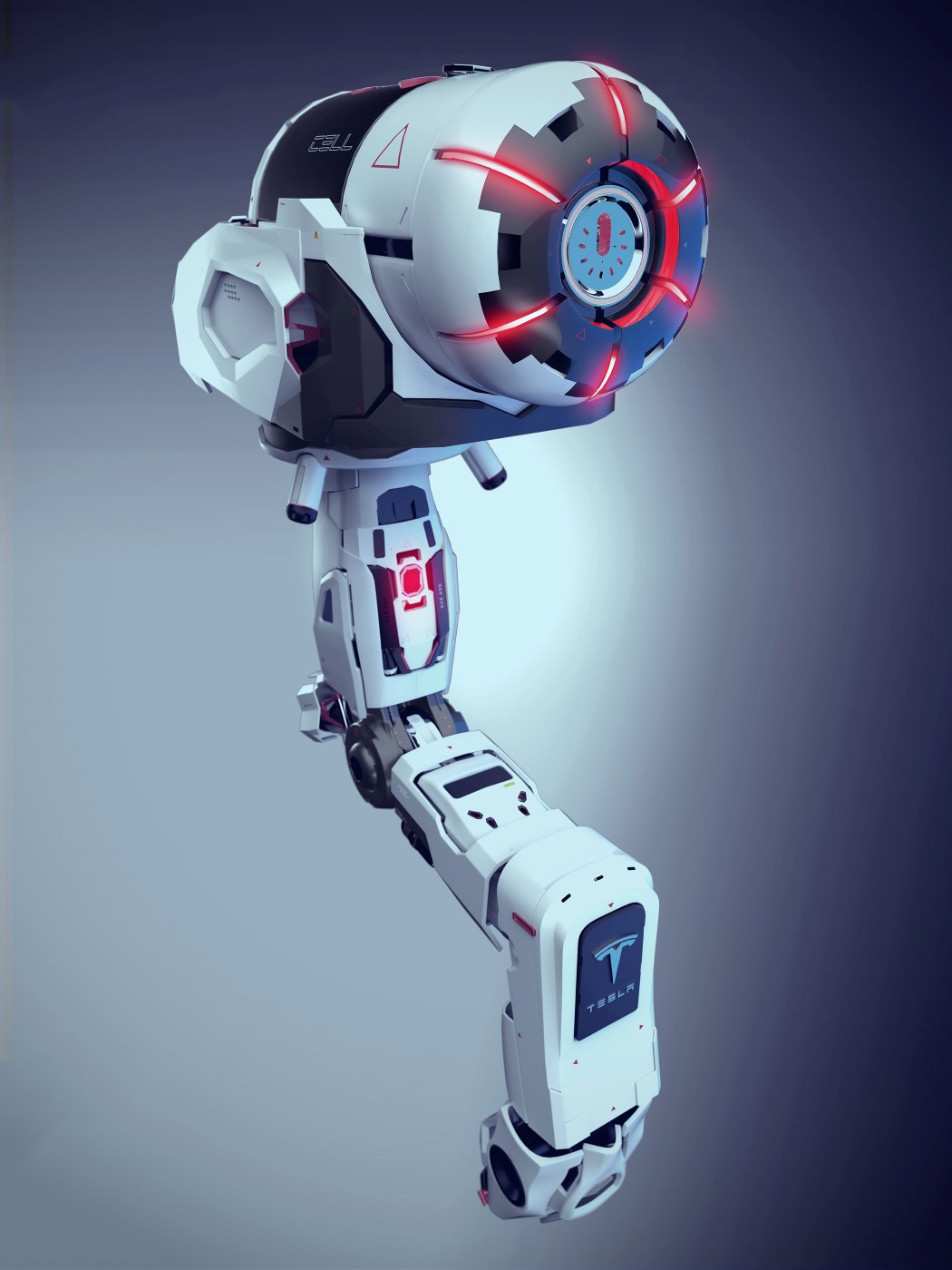 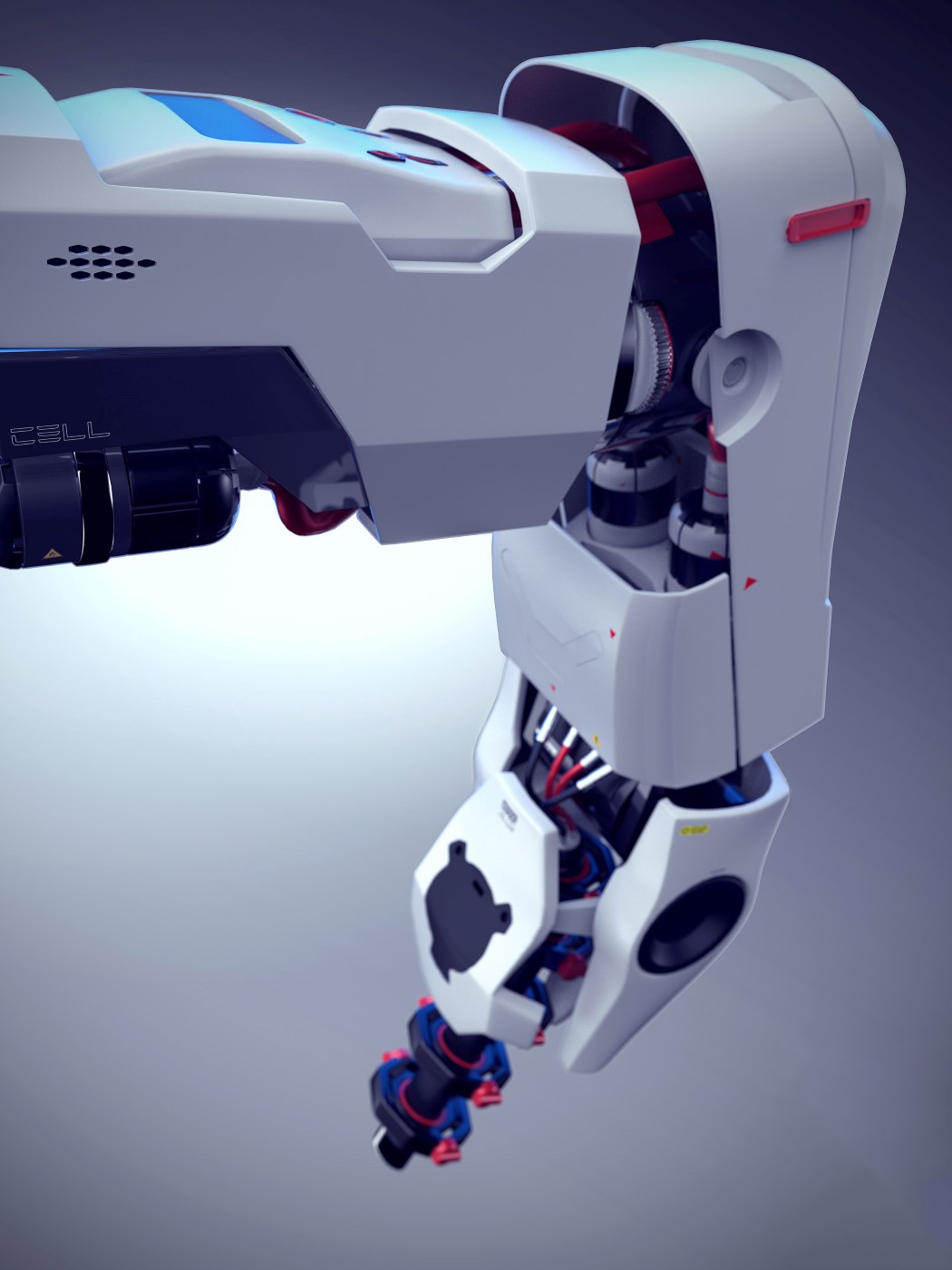 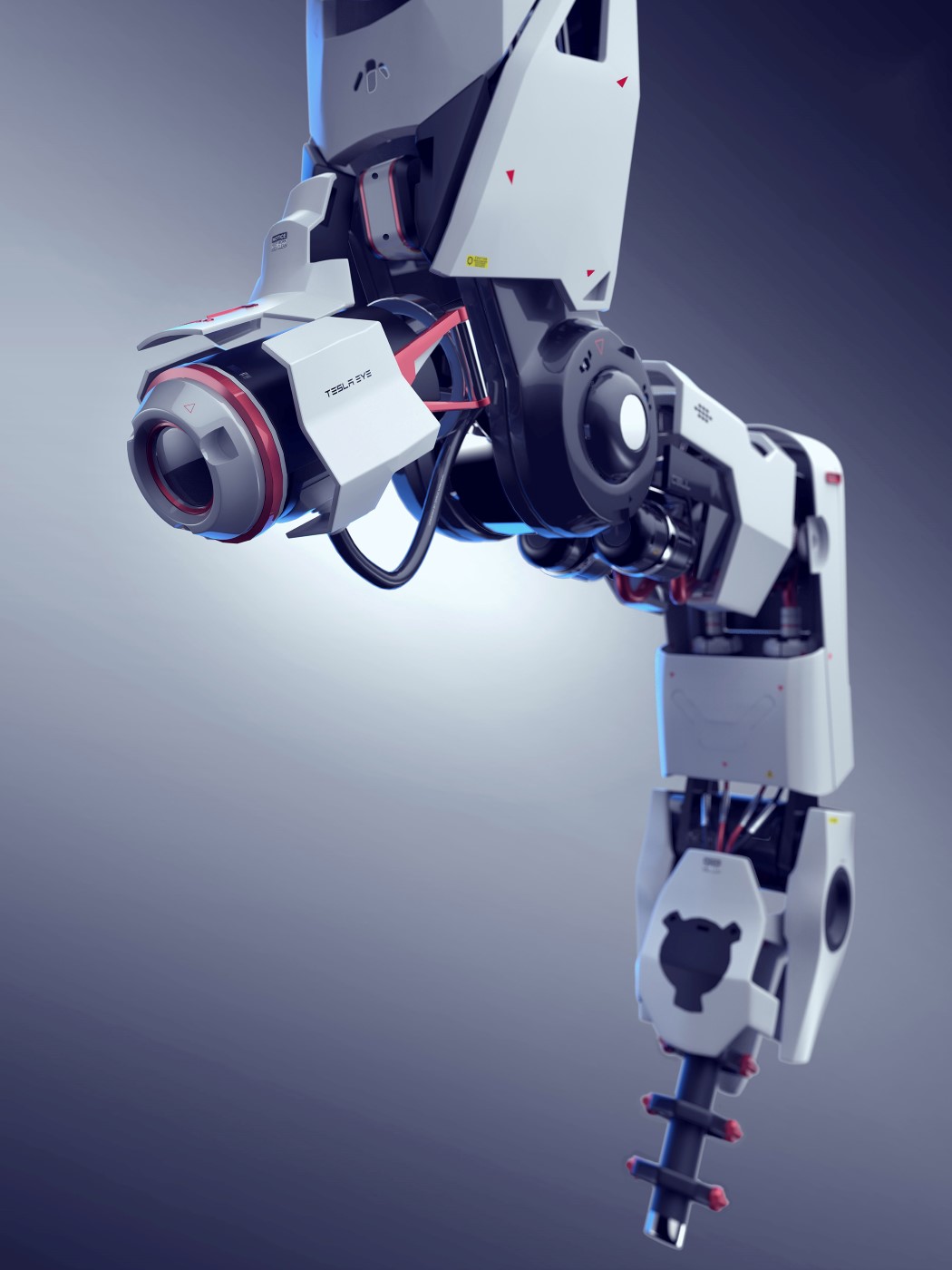 What’s up Brazil? I bet you’re just cruzin in the nice summer breeze right about now huh? Or wait. Winter. Anyway, there’s water on the…

Blackberry’s new concept phone is perfect for their target audience

The Blackberry has always maintained its reputation of being the ideal businessman’s phone. It’s handy and useful, comes with all the apps you need to…

The 100% electric Monobike might not look very “mono” at first glance, but at higher speeds the rear wheel lifts, balancing only on the front…

Furniture designs from A’ Design Award 2020 that are so good, they’re impossible to resist!