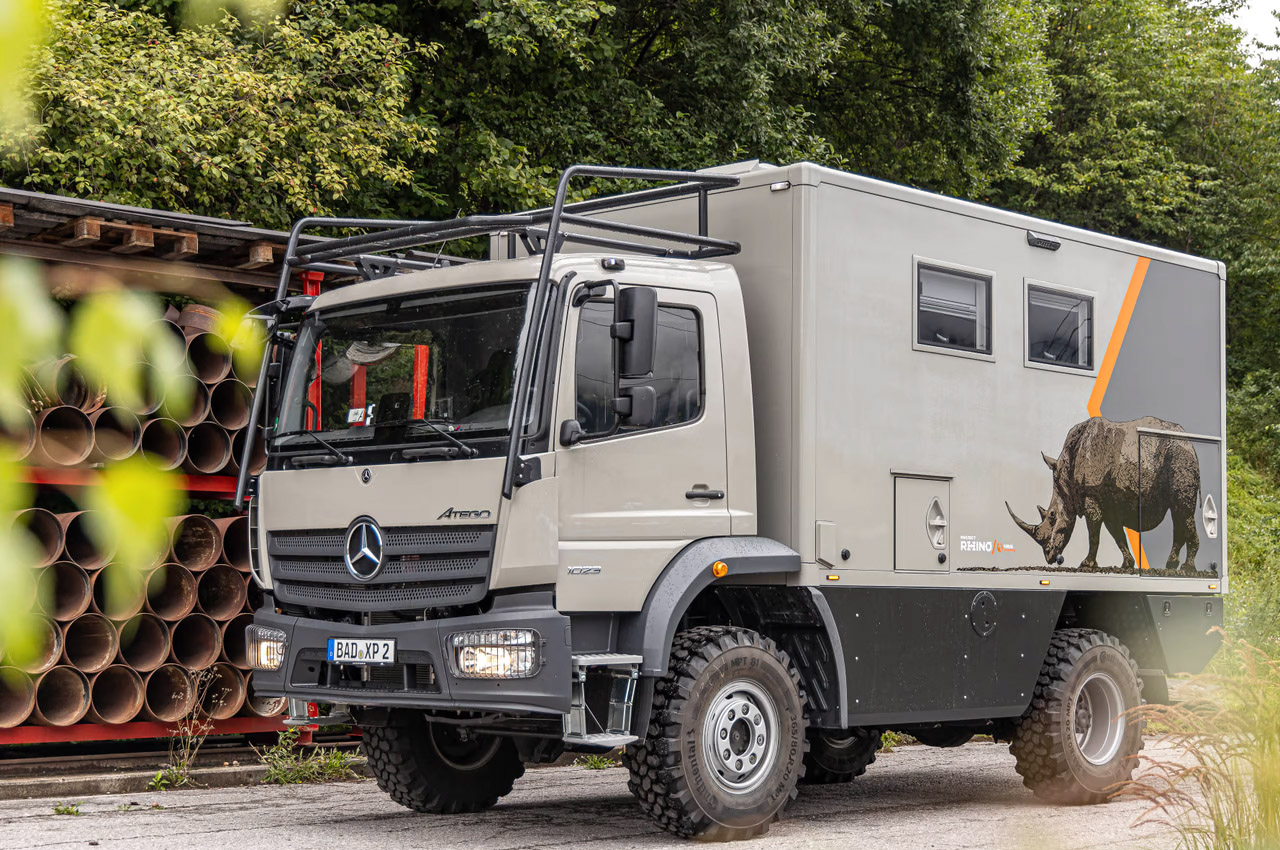 Whether we have an apocalypse or live in a dystopian future, owning a rugged house on wheels could be crucial when it comes to survival in uncertain times. The Project Rhino designed by Krug Expedition with the Mercedes Actros as the base is one such rugged off-road vehicle made for the toughest of adventures.

To help support rhinoceros and other wildlife anti-poaching efforts, they partnered with Nkombe Rhino, a South African conservation association. The intention is to donate a part of the proceeds from each sale or rental to the conservation efforts. 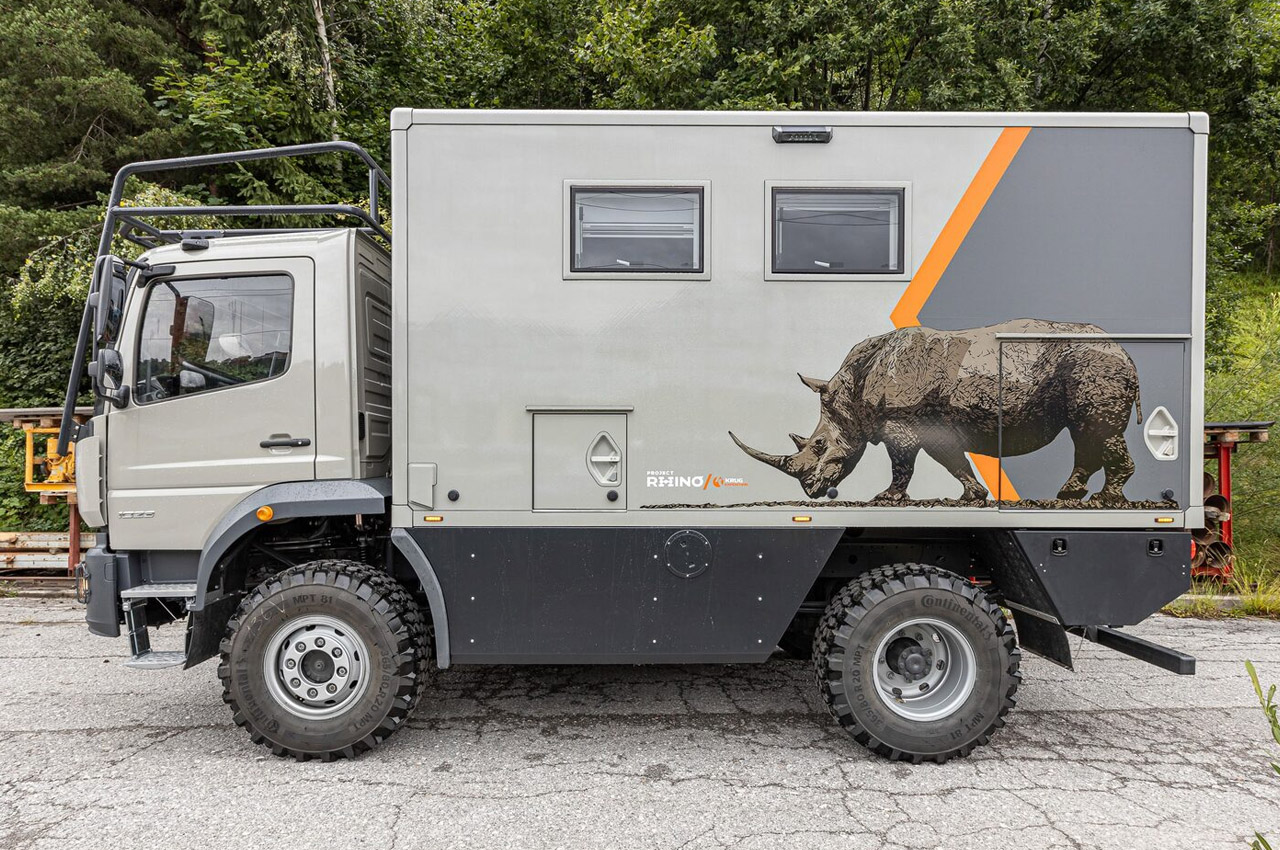 The tough explorer carries the purpose of promoting sustainable tourism and a strong statement toward anti-poaching drives. Based in Ukraine, the company has been working on developing lightweight and highly functional off-road motorhomes. The 231 hp inline-four Atego has already got the air-sprung driver and front passenger seats (with lumbar support), fold-away seat, internal heating and cruise control too which come in handy for building the tough off-roader. 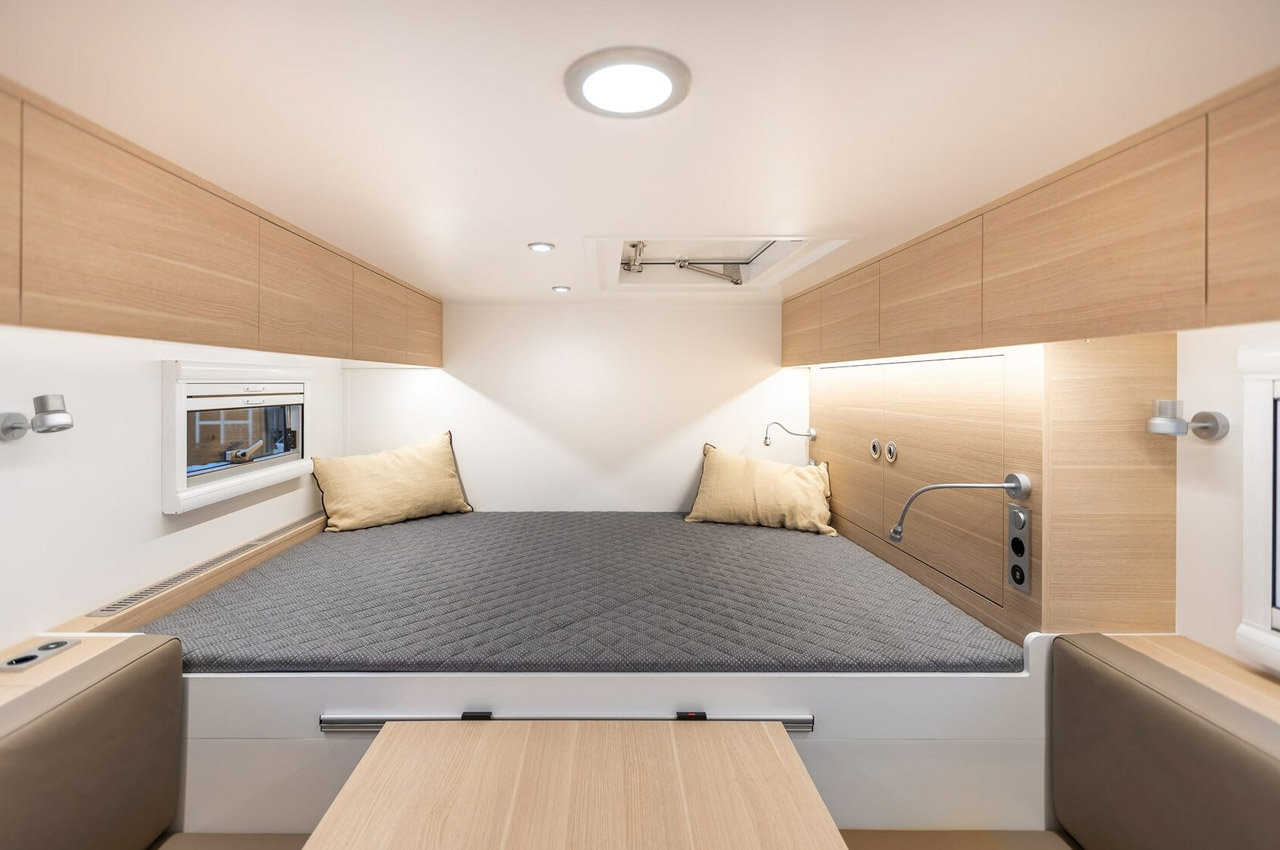 Krug beefs up things by reinforcing the camper’s body with the 60mm composite panels and a rear sleeper floor having a high positioned double bed. This space gets its own ceiling lights, reading lamps and storage. Below the front edge of this bed is the dual-bench dinette complete with a removable dining table which can be used as a single bed too. The front wall of the Rhino is taken up by the large wet bathroom which has a dry toilet, shower and a washbasin with a faucet. The cabin heat and hot water come courtesy of the Webasto Dual Top Evo 8 diesel heating system. The wastewater is collected in the 140 liters waste tank. 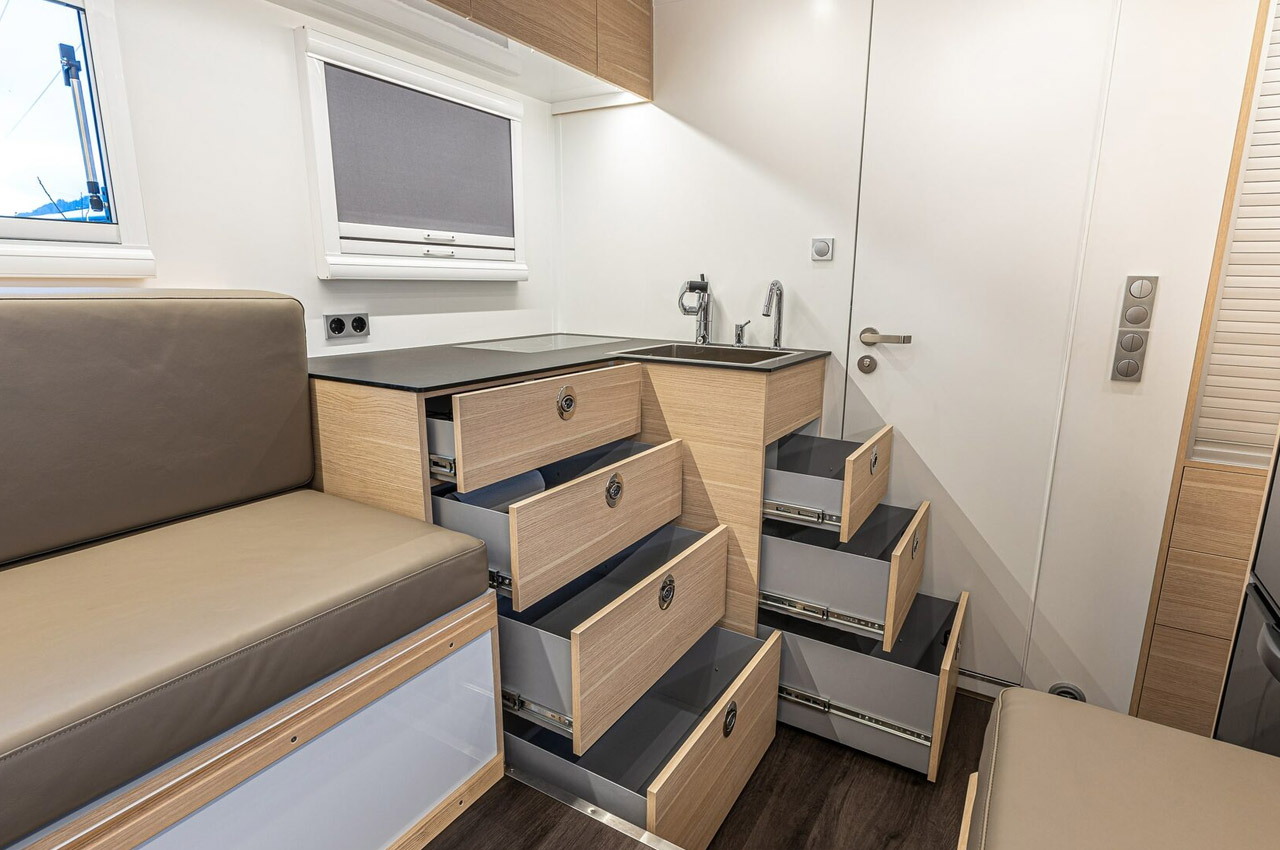 Between the dinette and the bathroom is the L-shaped kitchen facing the driver’s sidewall. Here the owners will get a stainless-steel sink, dual-zone induction cooktop, and storage to keep important kitchen items. Adjacent to this is the 140-liter Vitrifrigo fridge. To power all these modern amenities, the Rhino has an off-grid power system courtesy of the 300-Ah 24-V lithium-ion battery bank which can be doubled or tripled in capacity. In addition, there is the 5,000-VA inverter, 50-A DC-DC converter for charging from the engine alternator and the ability to draw 915 watts from the solar panels. 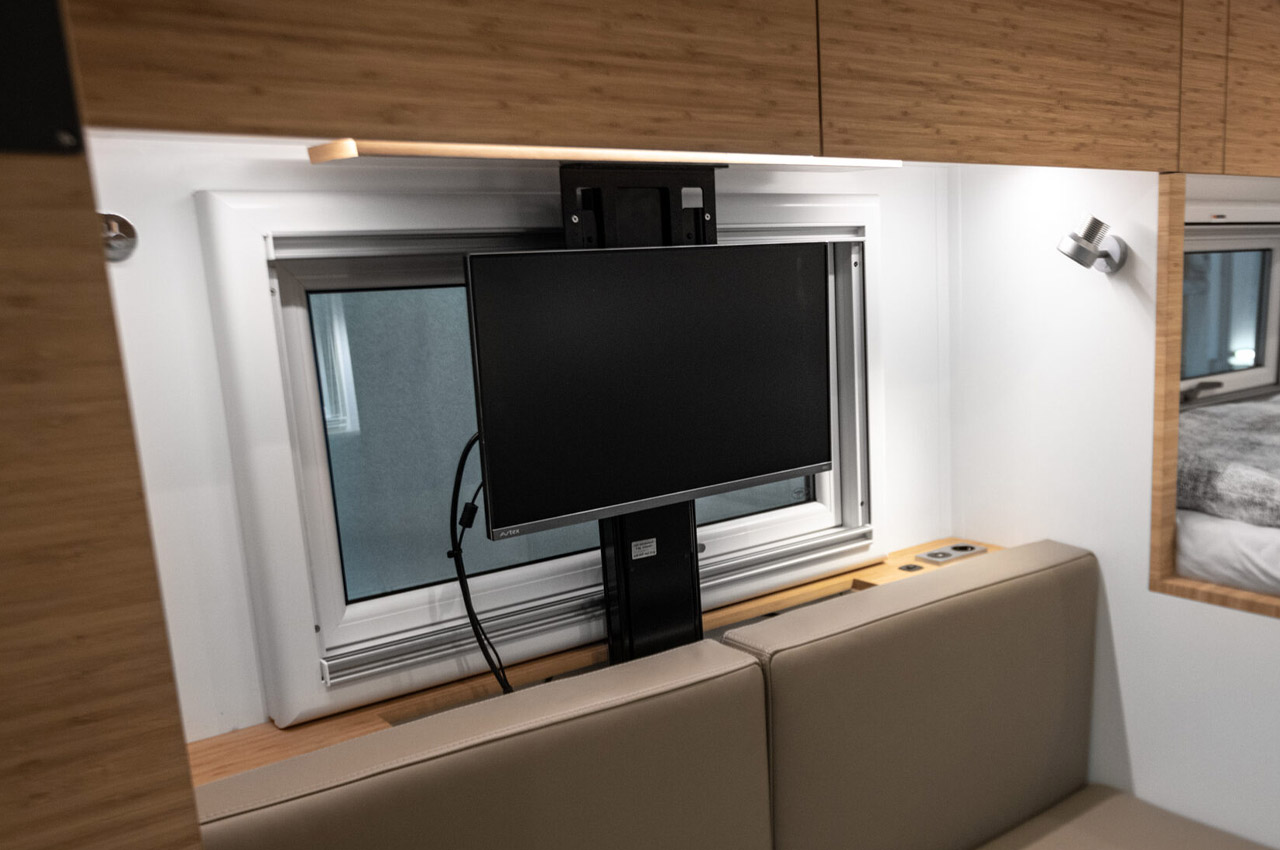 I think Krug should collaborate with Cake to create an optional rear carrier version loaded with the Kalk AP or  Ösa AP to expand the adventure possibilities or even anti-poaching effort even more. The ability to charge the bikes via the rugged motorhome would make it a unique combo for adventure seekers. 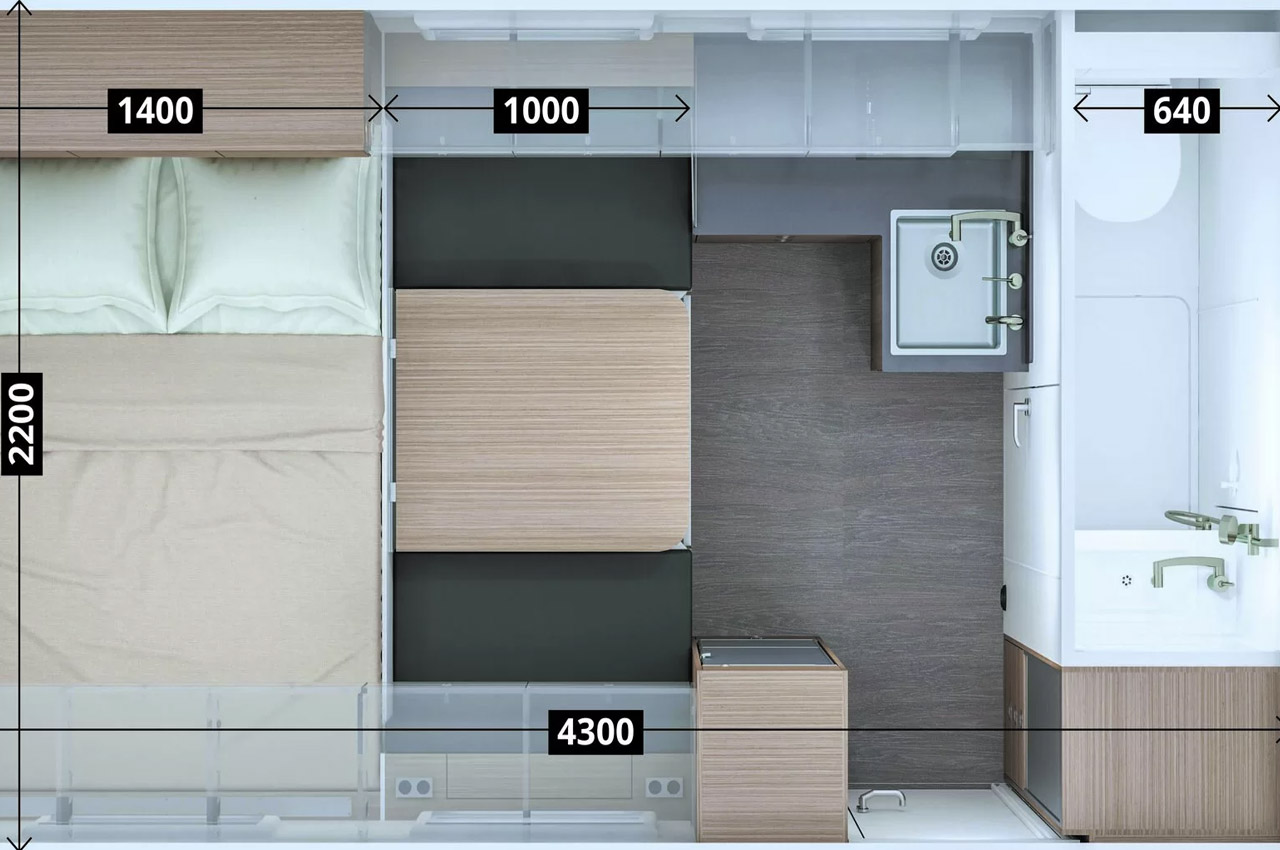 That said for now there is no official listed price of the Project Rhino motorhome but a German marketplace earlier listed it for approximately 331,350 for the base model. The one with add-ons like roof rack, reverse camera and drinking water system was around $361,275. 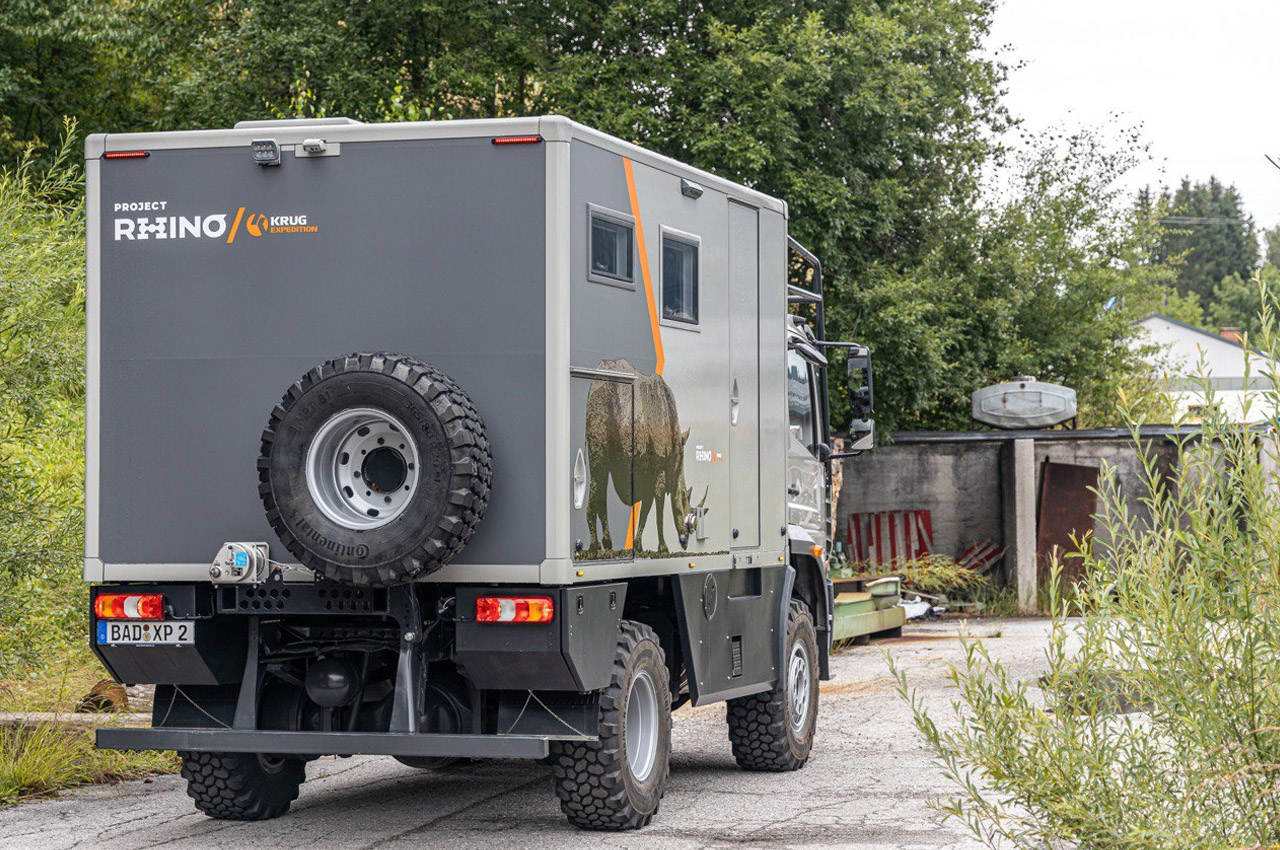 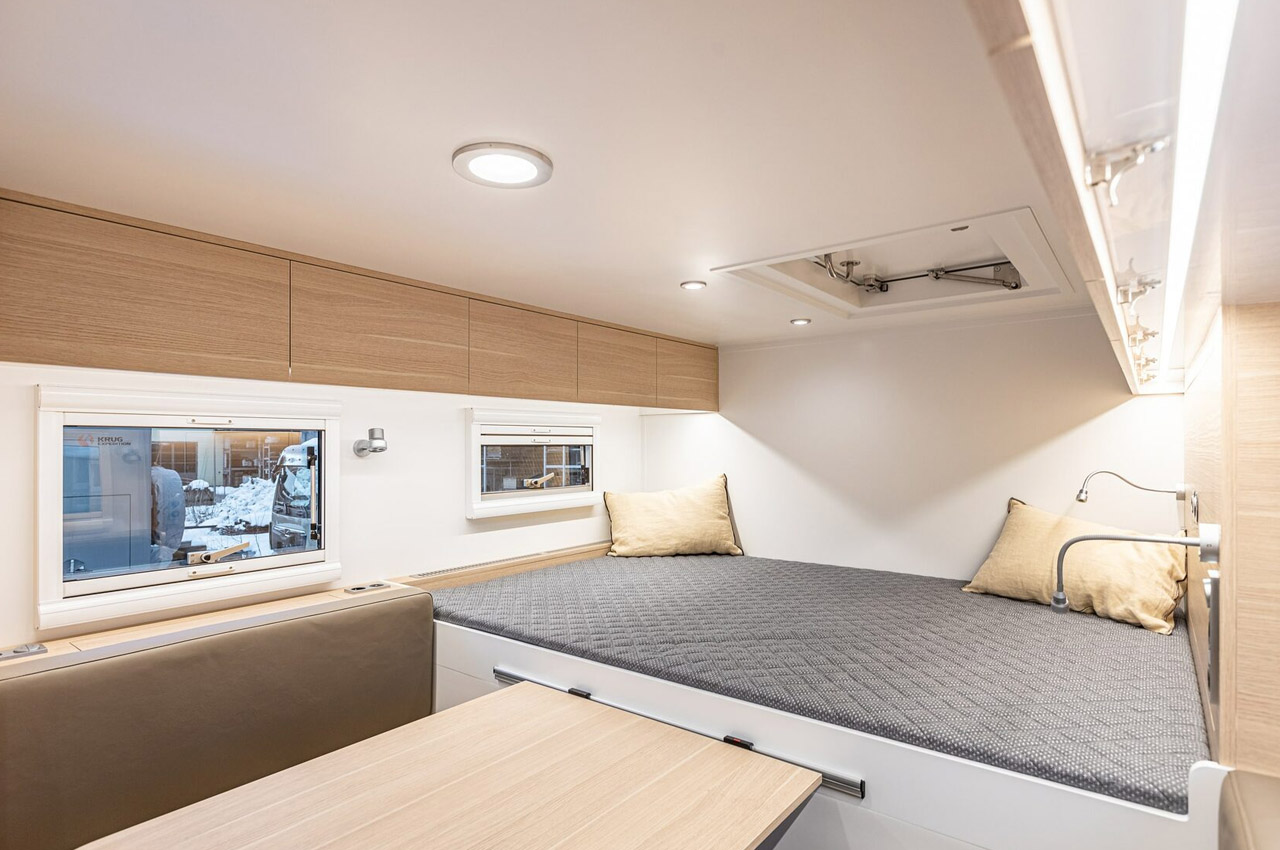 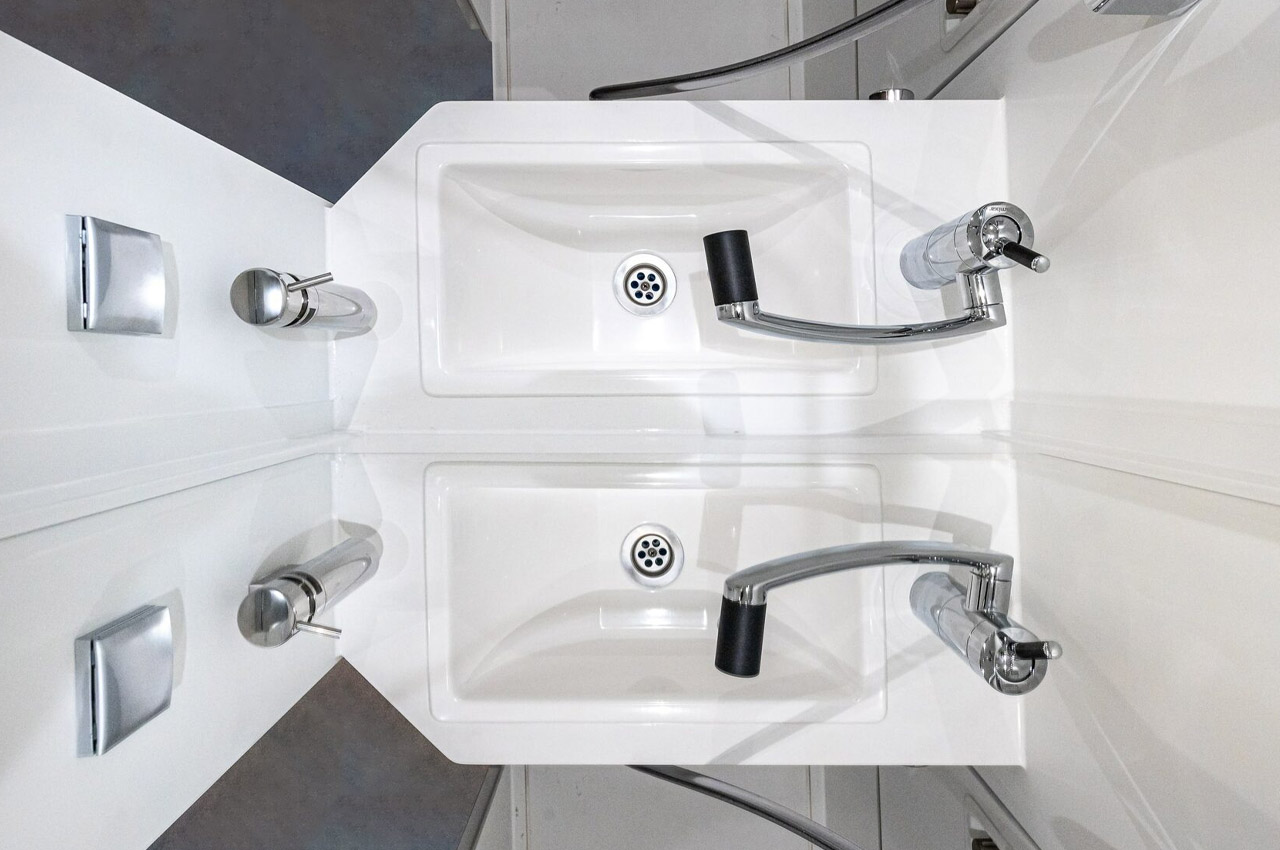 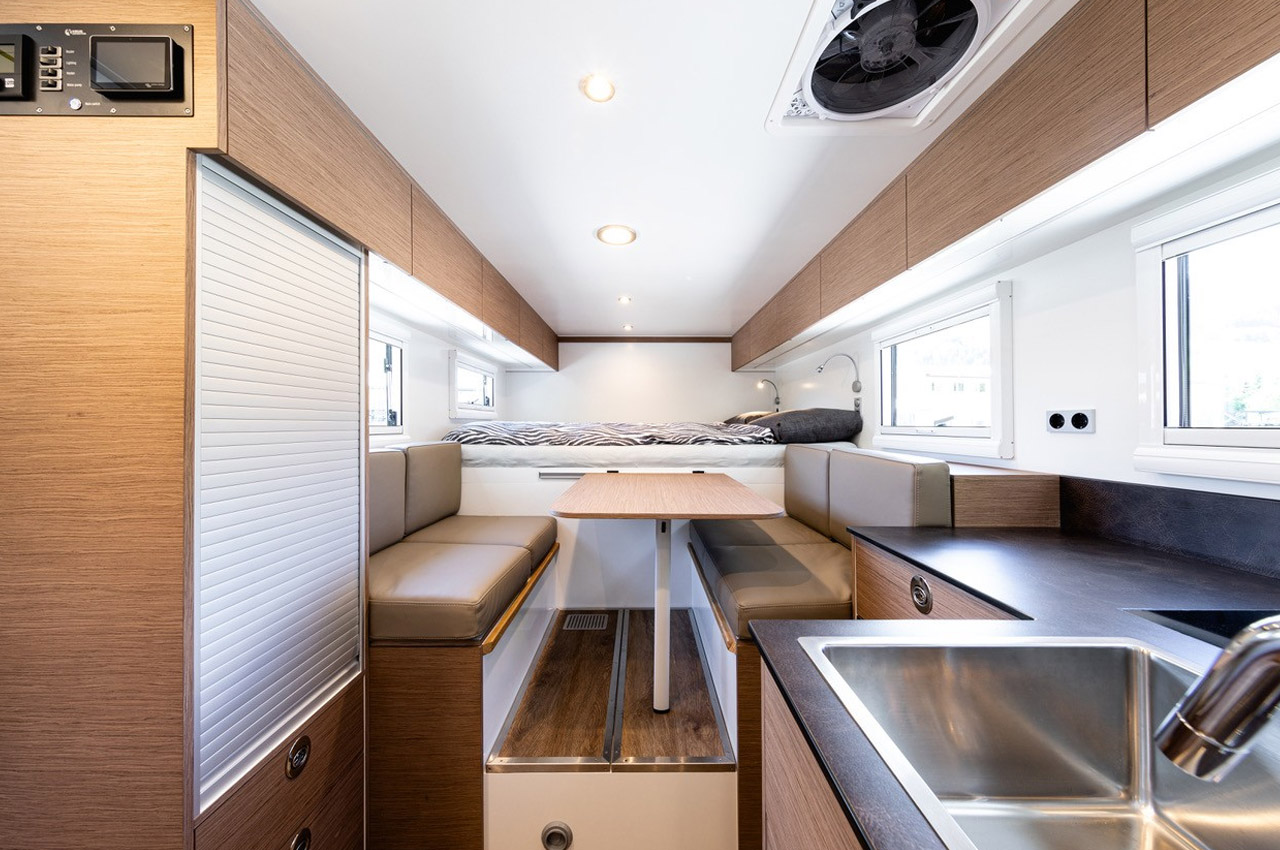 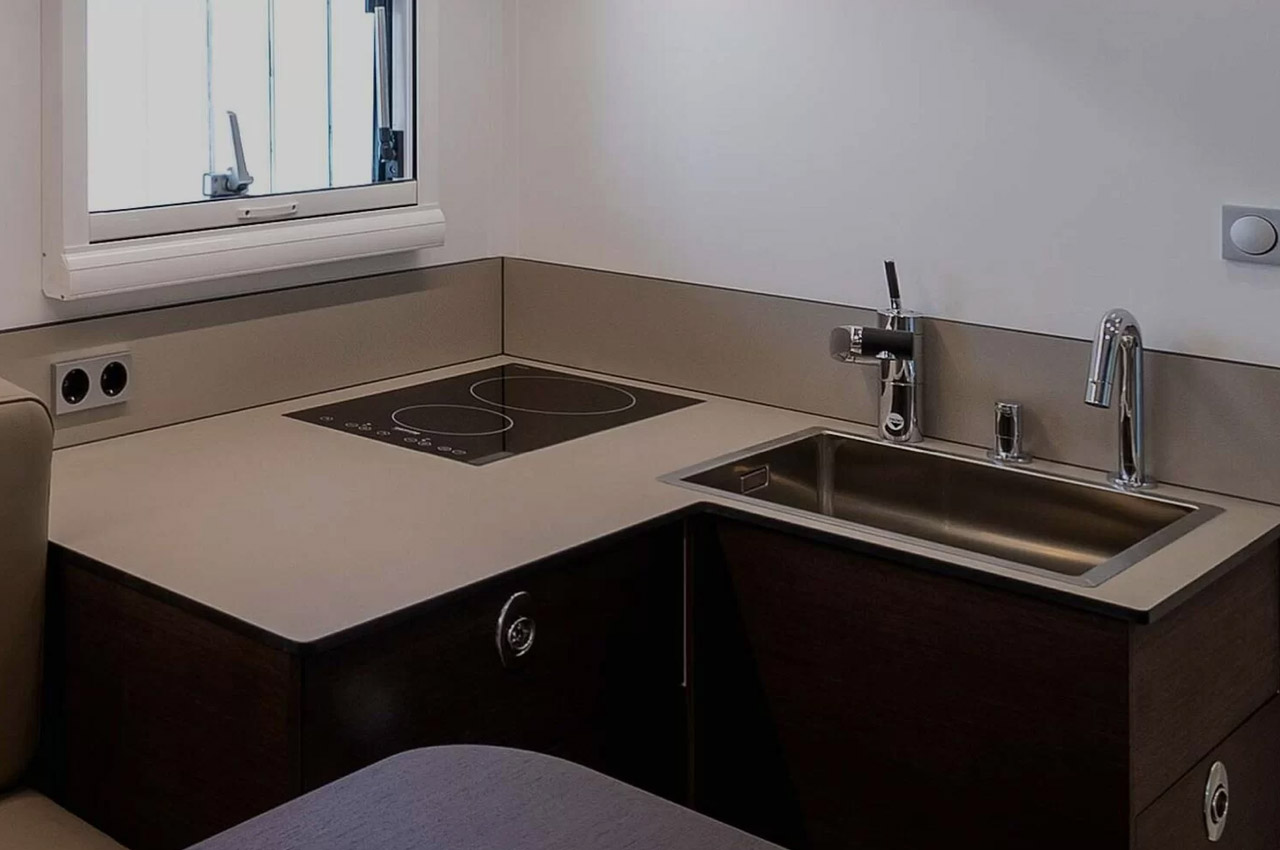 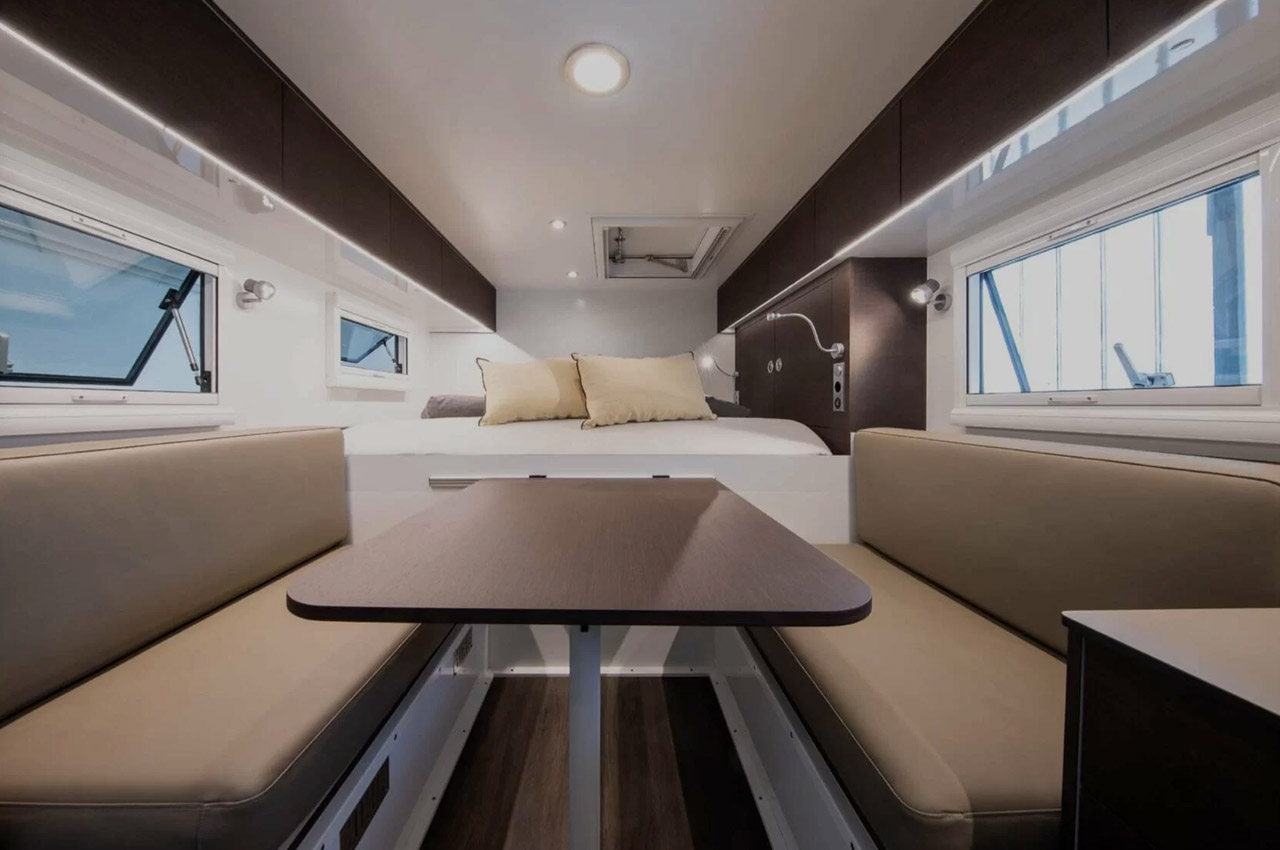 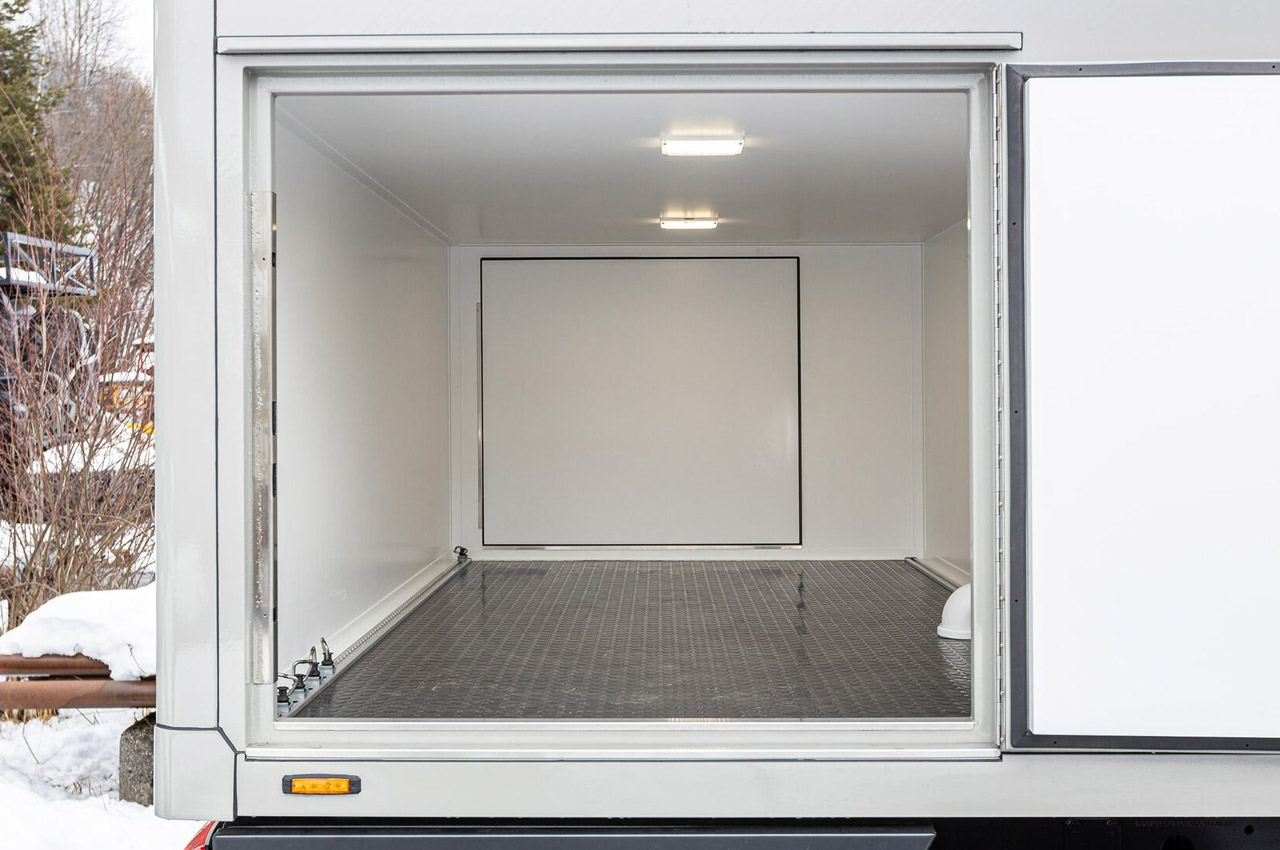 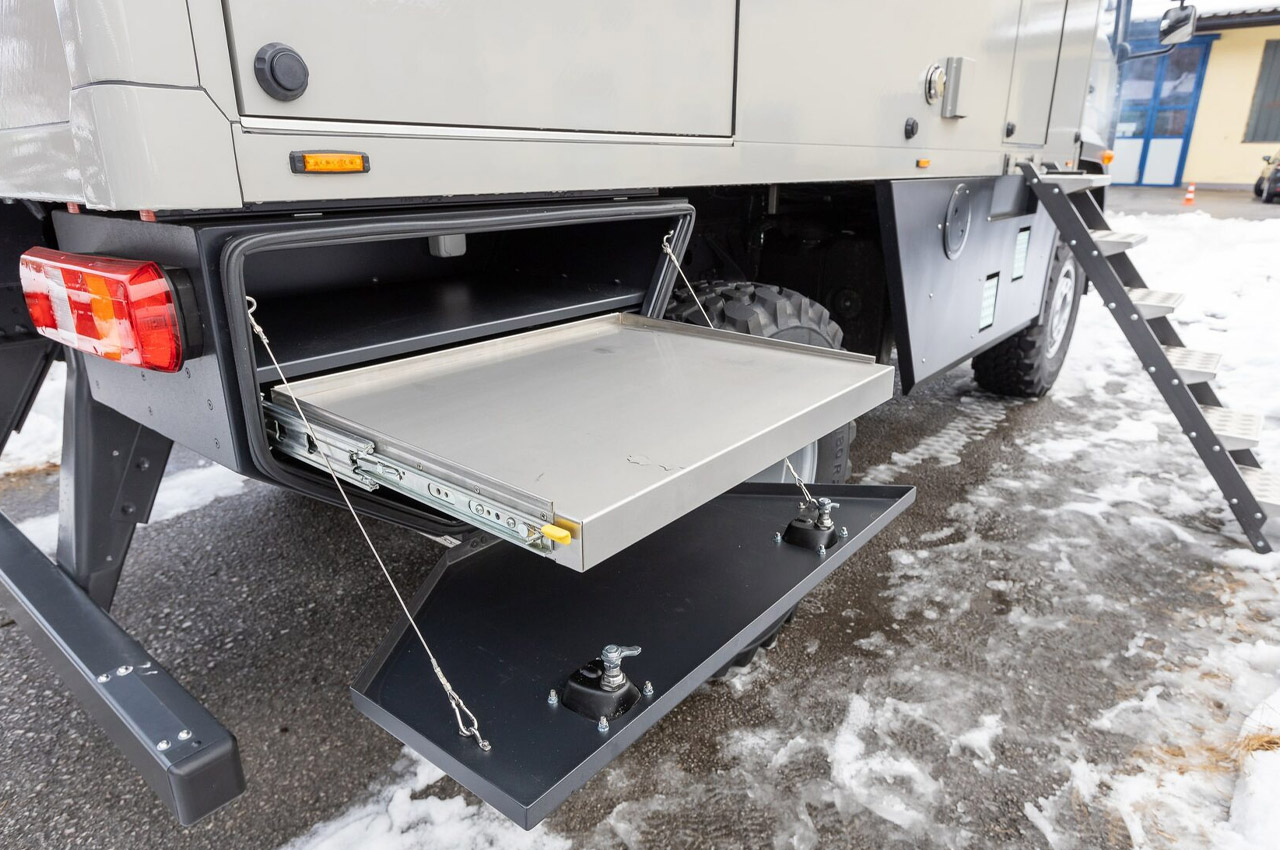 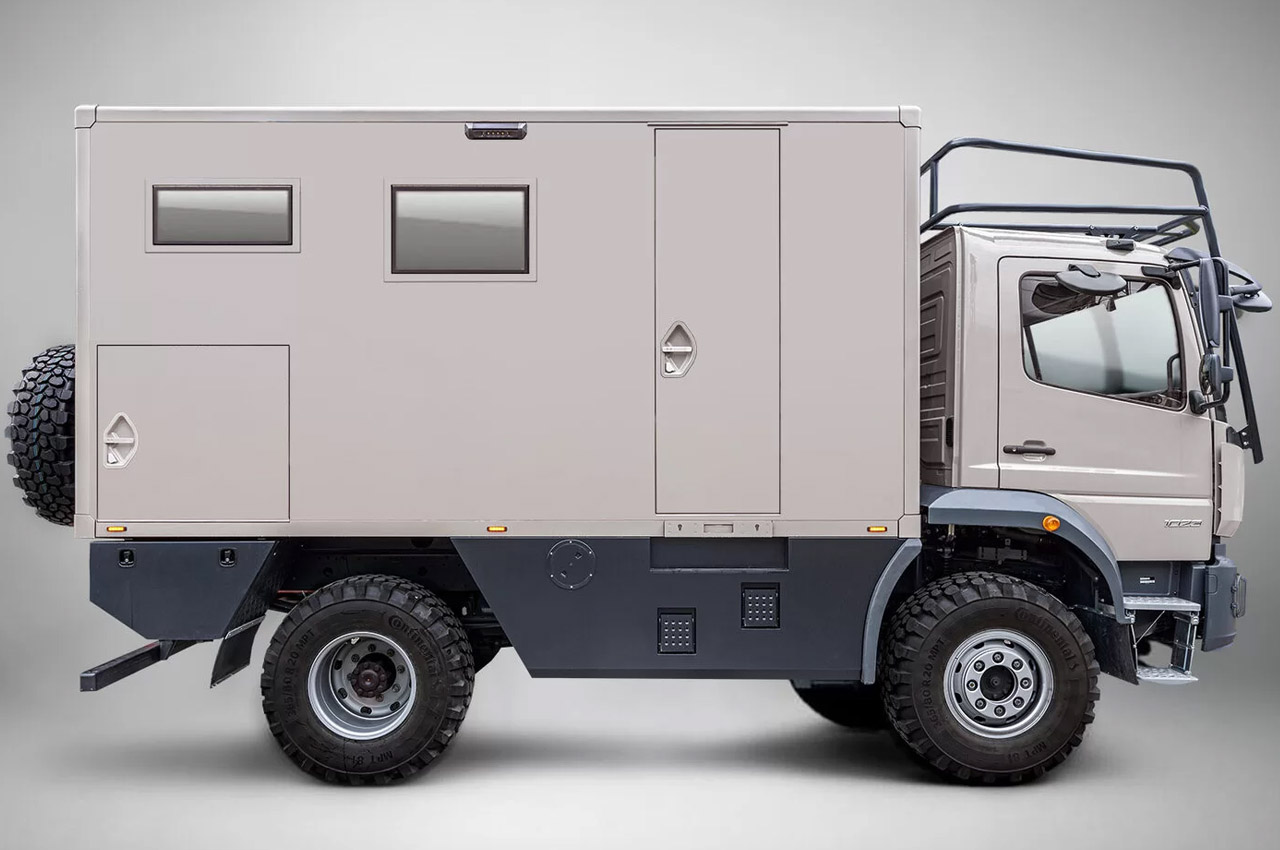 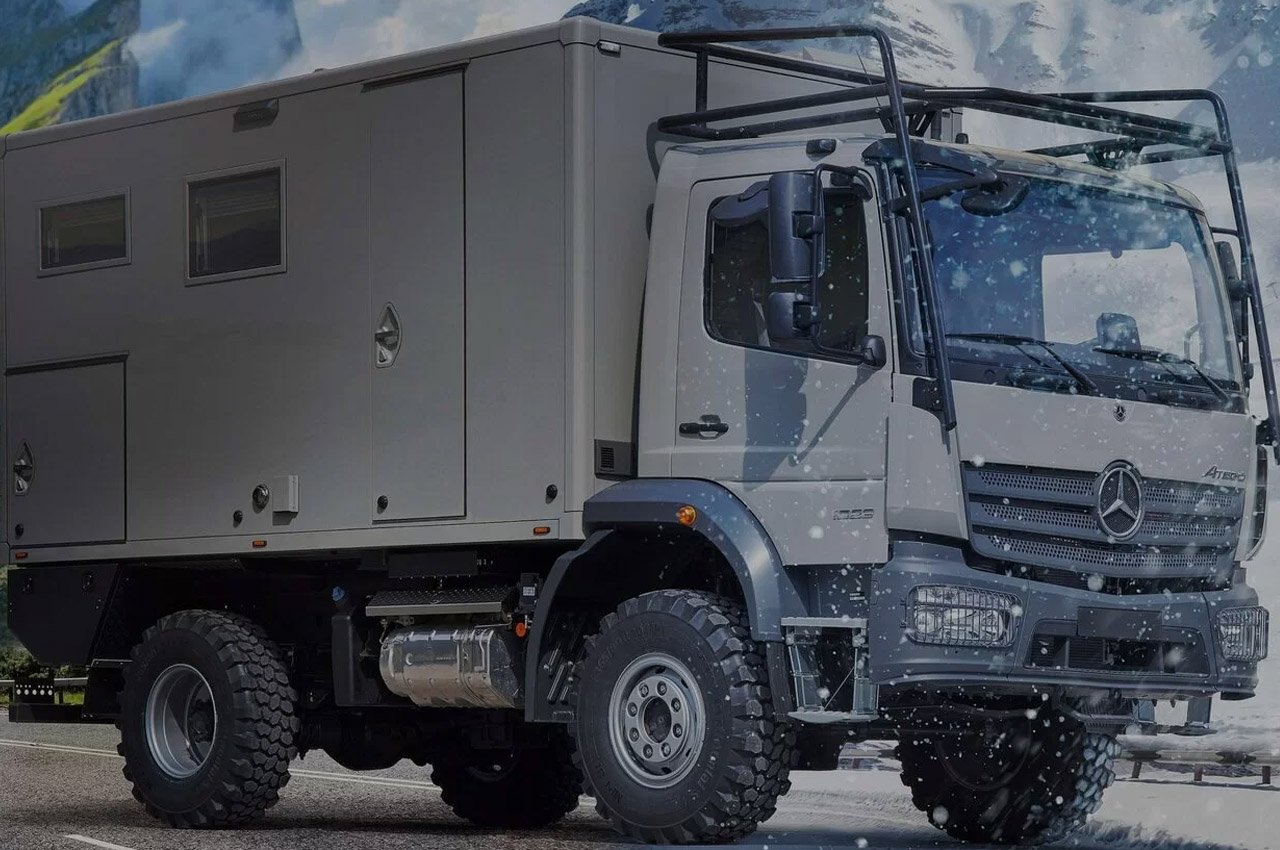 A coffee mug for Goldilocks!

Based on the premise that ‘A good pencil case can be a productivity tool that enhances the efficiency of your work’, the, rather beautiful, Bloom…

Imagine a pen that mends your clothing by printing fabric! The ripped portion gets a brand new printed patch of the same fabric and a…