Think of the Ghost Pacer as your own personal carrot on a stick. Nothing makes a person more competitive than seeing that they’re actually losing to a competitor. It’s why multiplayer games are infinitely more fun and fast-paced than solo gaming. The Ghost Pacer brings a similar sort of competitive-ness to the act of solo-jogging.

Designed as a pair of AR glasses you wear while running, the Ghost Pacer analyzes your running route and sets you up against a virtual runner who pushes your competitive spirit. The Ghost Pacer comes with an app that you feed your running route into, along with a time limit you want to achieve. It then uses that data to project a life-size runner who runs right beside you, often overtaking you in an effort to make you run faster. Seeing the projection running ahead motivates you to run faster than you would if you were on your own.

The 3D avatar built into the Ghost Pacer works on a pretty realistic model of a real-life runner. The avatar uses your phone’s GPS along with a proprietary IMU to make the runner behave in a natural fashion, leaning sideways as it makes a turn and even running slower when it’s going up or down an incline. It captures your own running data too, which not only helps the Ghost Pacer get better with time, but it also allows you to compete with yourself by running against any of your past laps. The app pools in data from all Ghost Pacer users, even creating a virtual scoreboard, so you could compete with real runners who go on the same route as you… or run against your friends by programming the virtual runner to emulate any of their previous runs!

On the hardware front, the Ghost Pacer is a relatively light piece of tech, weighing a mere 90 grams (3 ounces). It’s big enough to fit on your face even if you’re wearing spectacles, and the closed visor design gives you a larger field of view, allowing you to see the virtual runner out of the corner of your eye. The device comes with a 6-hour battery too, so you could even use the Ghost Pacer to train for marathons and longer runs. While the hardware’s pretty capable, the secret sauce lies entirely in the app, which does a pretty remarkable job of tracking your movement and accurately placing the runner in relation to where you are… WHILE both of you are moving forward. The Ghost Pacer currently works only for runs, but I imagine it would just take a software update to allow the virtual avatar to coach you into doing better pushups or yoga, dancing better, or engaging in a variety of competitive cardio exercises. Same stick, different carrot! 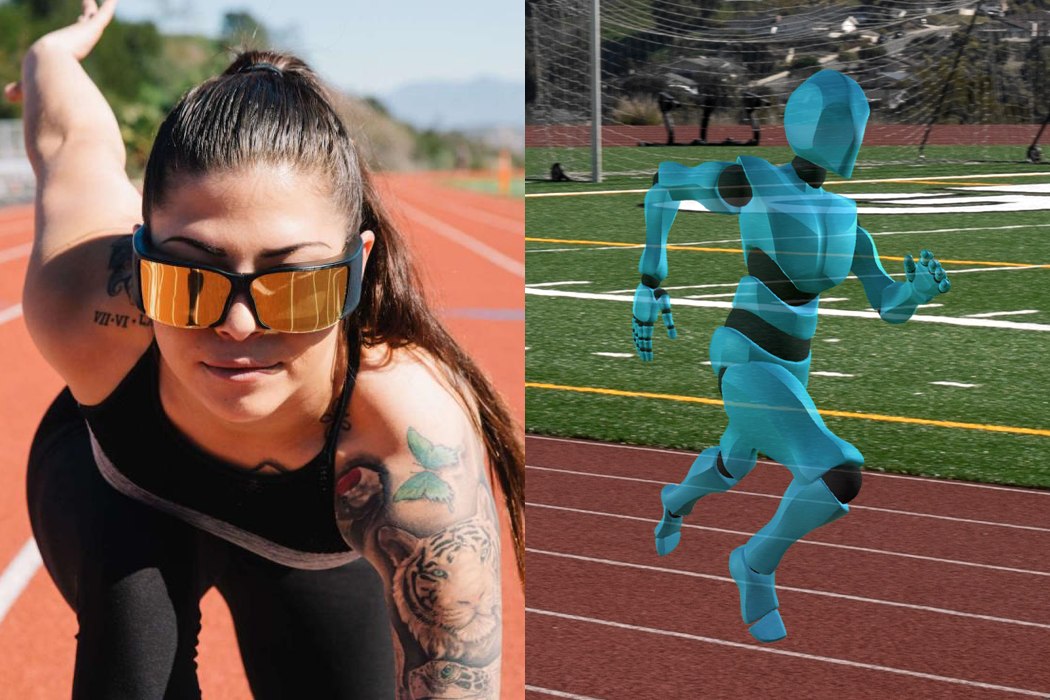 The Ghost Pacer is the world’s first set of mixed-reality glasses which projects a hologram you can race against outdoors in real-time.

The Ghost Pacer is always ready to join you on a run anywhere and at any time. It helps to push your pace, past your limits, and perform at your best. 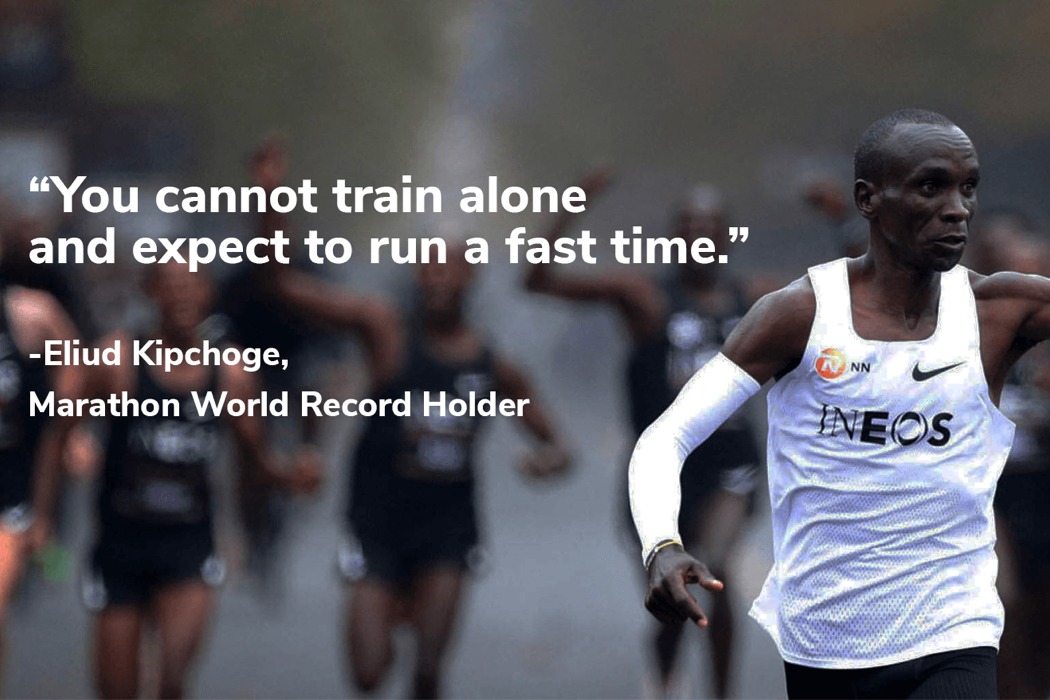 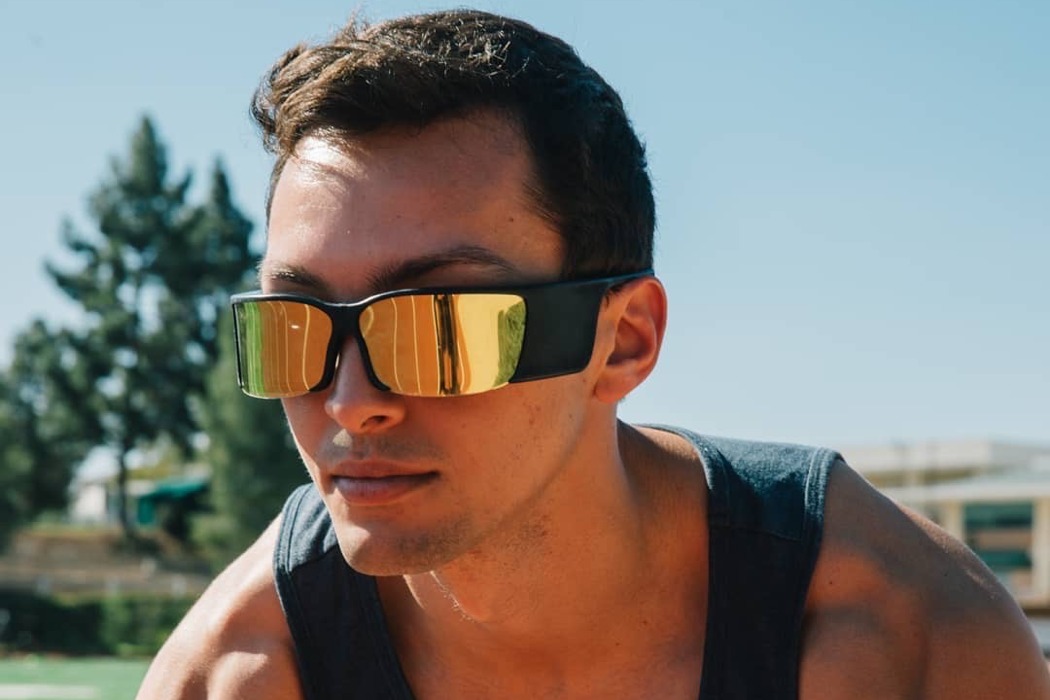 Put on the glasses and watch the Ghost Pacer come to life. It maintains a realistic pace that takes into account uphills and downhills, distance and your own fitness level. 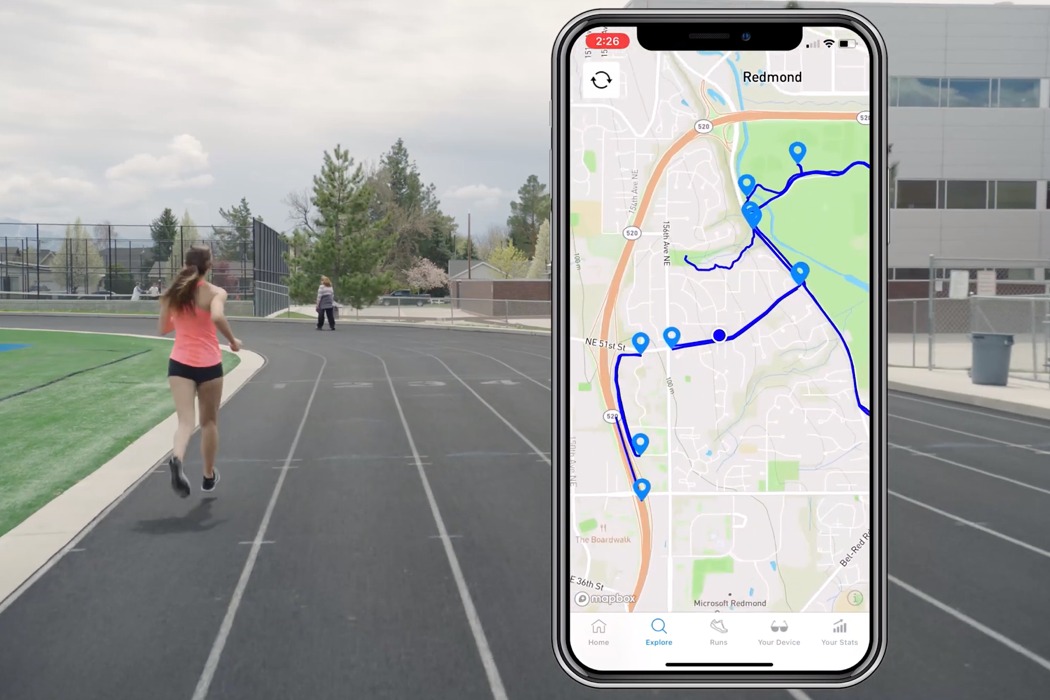 Using GPS and a proprietary IMU, the Ghost Pacer achieves a realistic projection that guides you on your entire run.

Run at your Ideal Pace

Easily set the pace of the Ghost Pacer as you work toward your target goal. Define a constant target pace. Pull up an old workout from the app and run against your own fluctuating pace. You can even run against your friends or anyone sharing runs on Strava.

Get immediate visual real-life running feedback as you run as Ghost Pacer helps you shift your performance to get back on track. As you slow down, Ghost Pacer will gain distance — and just like in a race, you’ll need to run faster to catch back up.

By helping you keep on pace, you’ll maximize the value of each run and improve results. Run after run. And with Ghost Pacer by your side, it will be that much easier to chase down your goals. One step at a time.

Train with your Favorite Runner 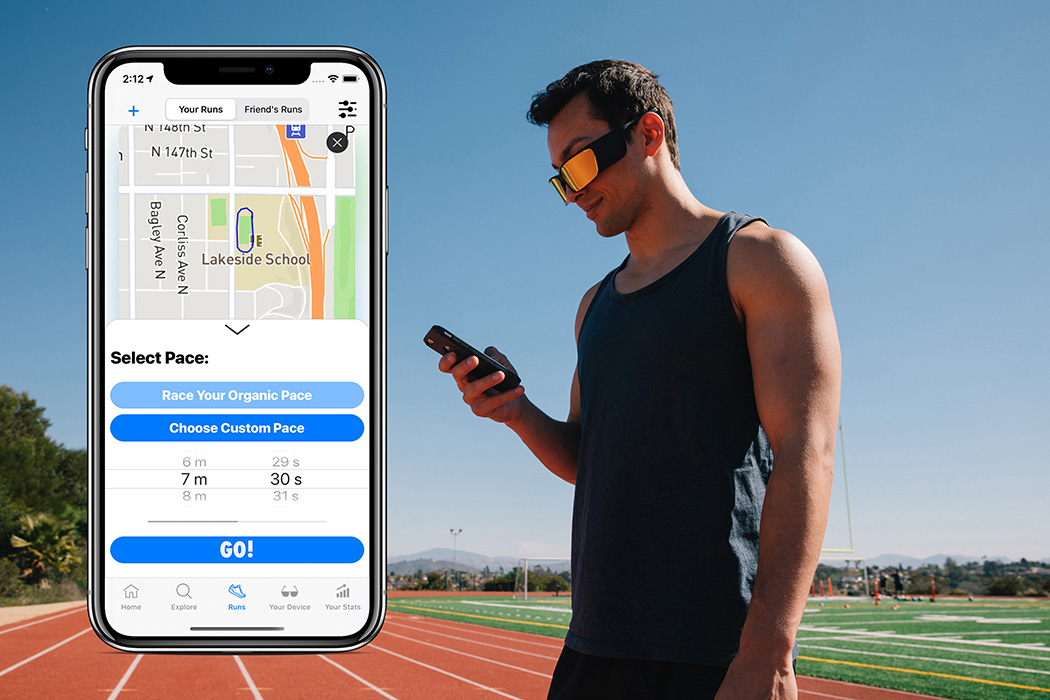 Expand your running horizons and set goals based on runners you know or even Olympic athletes. From sprints to ultra marathons, harness the power of Strava to get access to an endless library of real runs from across the globe.

The Ghost Pacer also features a pacing mode that shows you your live running stats. A quick momentary focus of the eye brings them into view instantly, without having to tilt your head or look away from what’s ahead of you.

You can race your friends, even when you can’t both run at the same time. Just download their run, and race against an avatar that matches their route and speed from one of their previous workouts, giving you a competitive advantage.

A Closer Look at What to Expect

Some simple outdoor running shots as you would see them through the glasses. 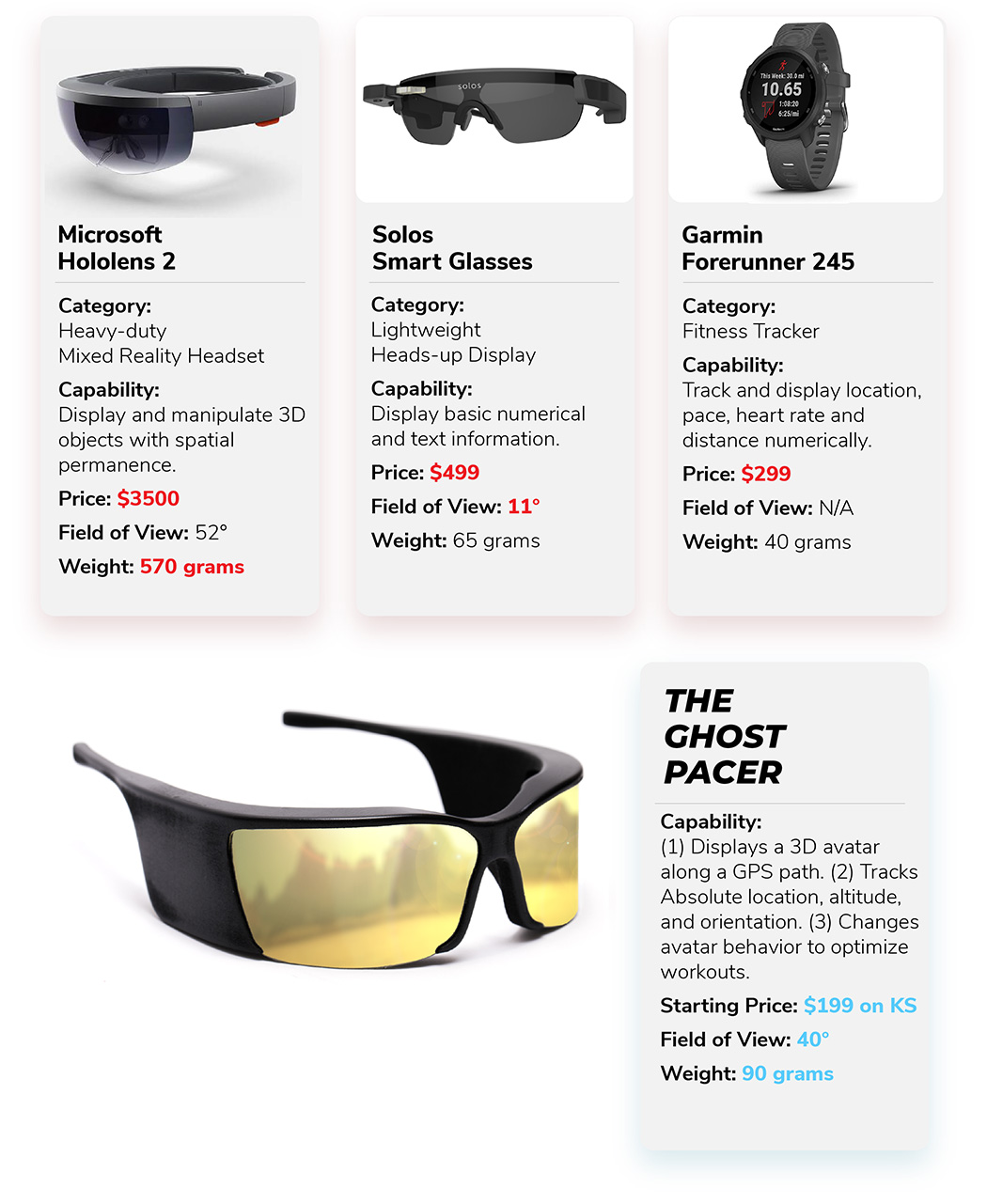 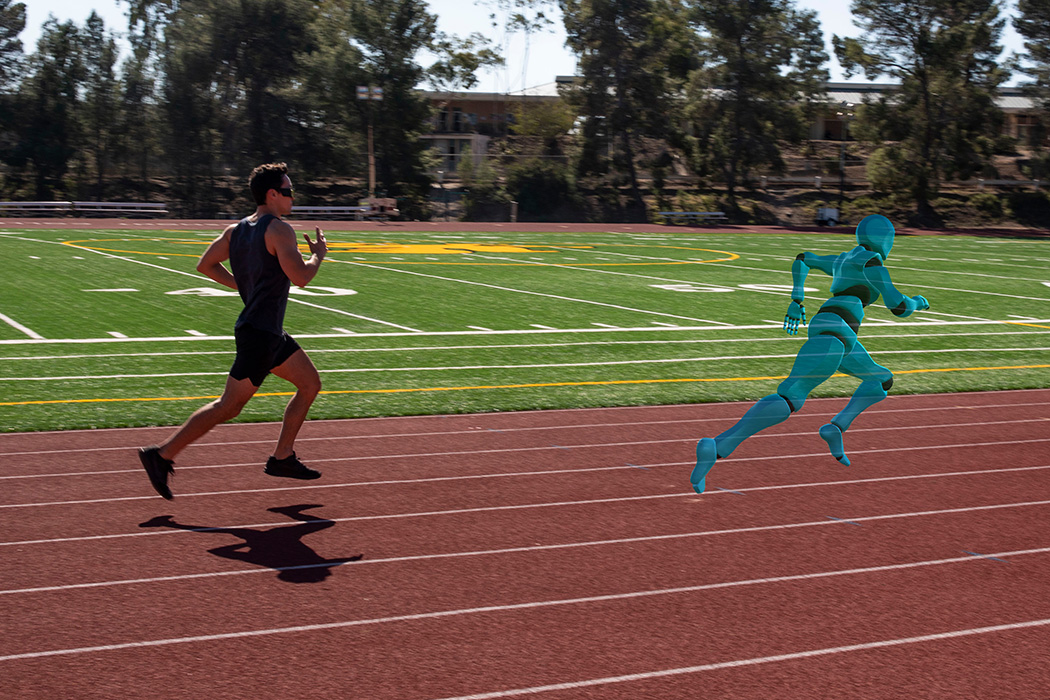 A Lovely Little Clock with a Single Fuction

Or is it two functions? It tells time, yes, time perfectly well. But it eliminates the problem that I just saw, not 2 minutes ago,…

I used to enjoy a time when mobile phones had tactile keyboards. I can’t tell you how many times I’ve actually typed out full messages…

Little is known about the MonoBike or what, if any, production plans exist, but it’s an imagination-inspiring concept with cool steampunk style! Designed by Doug…