Robert Dabi is very familiar name on Yanko Design and it comes as no surprise that the Ziiiro Master has arrived with a bang, retailing in places like TouchOfModern!

Yes, everyone wants a Ziiiro Watch, but do you know what makes it tick? To know more about Dabi and where to get the mighty Ziiiro, hit the jump.

Hi Robert…how do we know you?

Hello Yanko Design. You first got in touch with me after I submitted a concept drawing of my first watch back in March 2010. It was the design of what we call ZIIIRO Gravity now, and it looked slightly different back then. To me, it was just a fun project and I wasn’t well versed with watches or any product design in general. It was just an idea that came into my mind, so I tried to visualize it. 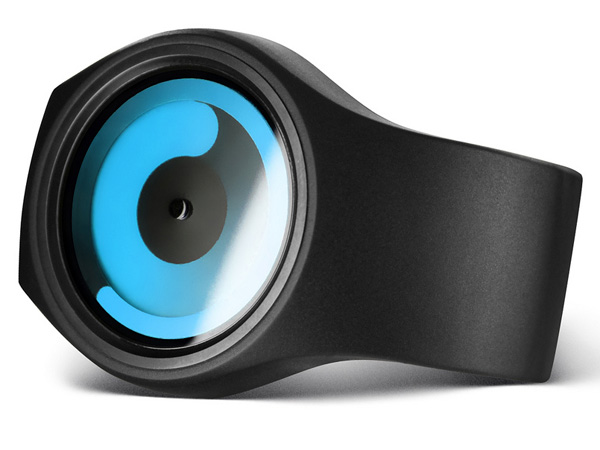 By the wide audience of your site, and other tech & gadget sites like Engadget also writing about it, I got to know Derick back then, who helped me getting it into production. About one year later, we had several models and colors ready to sell, and I submitted 2 other new concepts to Yanko Design.

So basically I could say: there was no ZIIIRO today without Yanko Design! I’m very happy and thankful about how everything went.

What is the best thing about your watch Ziiiro?

The best thing to me is that our watches don’t follow any guidelines of how a watch should look like. I don’t like to do things because others do it in a certain way; I always think things through from scratch and see what’s necessary and what not. 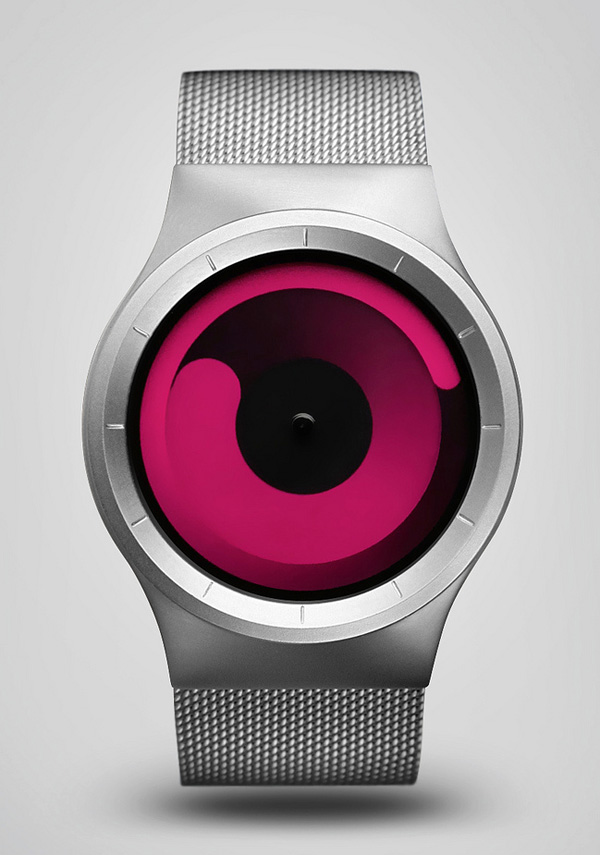 For example, I noticed that I never needed to tell the time to the second. I think nowadays the wrist watch has changed from an accurate time keeper to something that not only tells time, but also expresses your individuality. Our watches are just like that.

One of the most important things that changed is that I gained a good friend in Hong Kong 😉 Other than that actually not much changed since 2010, I still constantly work on new ideas and I do a lot of R&D with Derick and his partner, trying to get the ideas to work. It’s still as much fun as in the beginning. 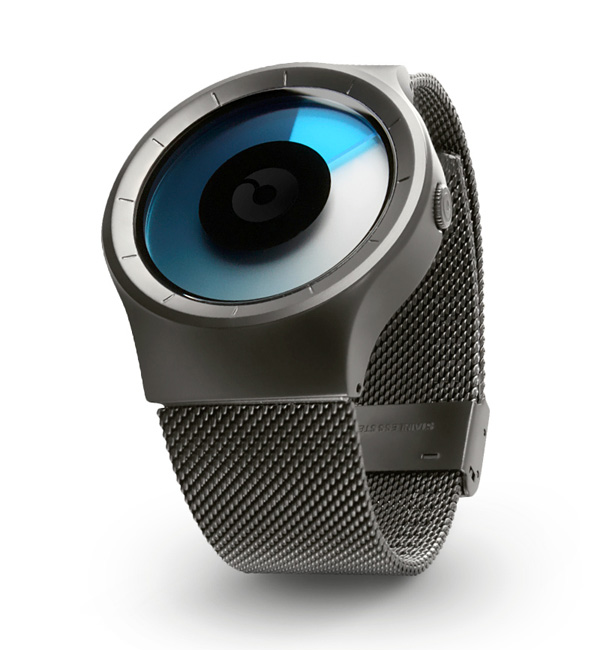 Apart from that, I have to say that I am happily surprised about how much positive and how little negative feedback we got from customers ever since. Oh boy, had we been nervous when we opened our webshop for the first time! What would people say when they get the watches in their hands? It was so exciting. Luckily it turned out that the nervousness wasn’t necessary, because people loved the watches.

So you designed an amazing watch, what are the challenges you faced and how did you overcome them? 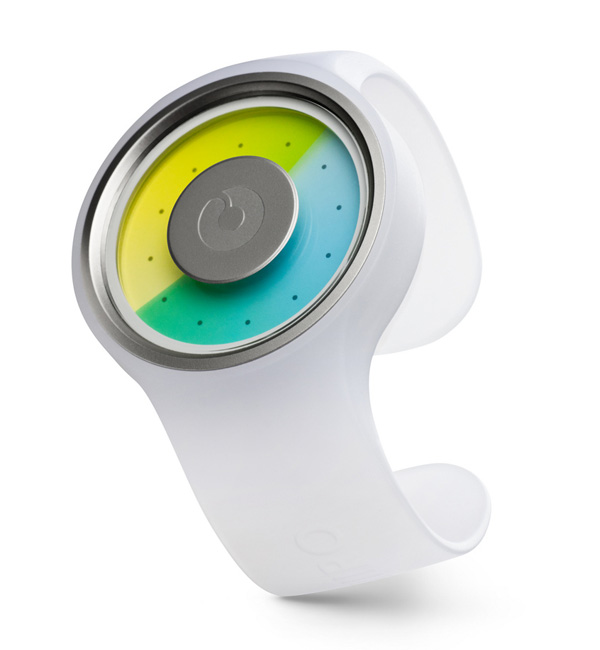 Having a graphic design / illustration background, as I said I wasn’t versed with watches and product design before, so there had been lots of challenges. With just having conceptual ideas and not knowing anything about the technical aspects, I had to grow into it, and learn about different things. Basically I learned by trial and error, you know, trying to avoid them next time, and trying to research for what can be done and what not. When I think back to day one, I think I already learned a lot, but there still is much to learn. And especially by making unconventional approaches, there always are new challenges you have to face. Some of them can be overcome, and some don’t. 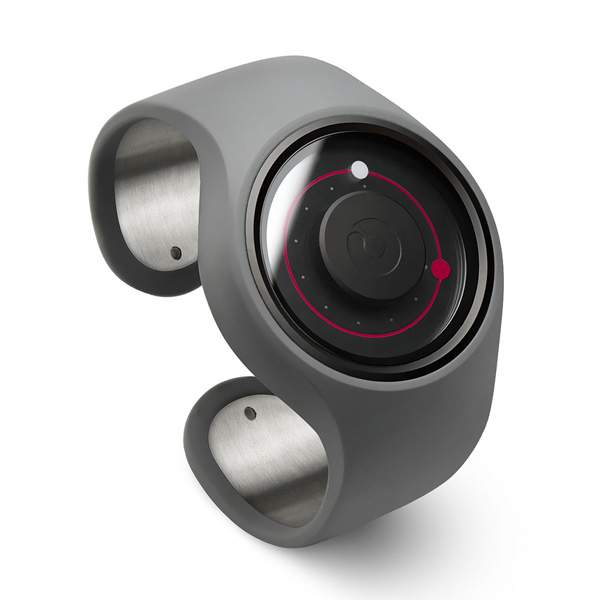 I always like to explore new forms. They just have to match the initial idea behind everything. For example with ZIIIRO, we won’t do vintage watches with big knobs on them. So I explore new forms within the boundaries of staying minimal, cool & futuristic. I have a lot of freedom with ZIIIRO, and the designs represent what I like (to wear) myself. This isn’t just luck for myself because I can design my own watches, but also the way good design should work. If you design things for other people that are meaningless to yourself, you always will just poke in the dark with a stick. So I just follow my personal style, create things that I like myself, and hope that other people will like as well.

Besides the looks, the other important factor in a watch is the timekeeping element…what advice would you like to give to accessories designers when they source manufacturers for the watch machine component?

I think Derick would be the man to answer this question, because he’s the one approaching manufacturers and dealing with production. If you have an idea and want to start a watch brand, you would have to produce a limited quantity of about 2.000 − 3.000 pieces. Most of the clockworks come from Japanese or Swiss manufacturers and have to be bought from them directly, unless you want to make a custom designed clockwork which may cost a fortune.

What is your take on eco design and what steps do you take to imbibe them?

I think that eco design is very important. I support products that are eco friendly and I hope that many other people will do so as well. For example, I never bought a car for myself, and if I happen to need one by all means, I’d get one that is as small and economical as possible. From the view of a product creator this is all new to me, and I still have to get used to it and learn about what can be done and what not in terms of materials for example. Personally I care much about ecological issues, that’s why I started a personal project a while ago. It’s an illustrated book about fishes, oceans, water & the environment. It should teach about all that in a fun way, and shall serve as an appetizer to bring young and old people to educate themselves about this subject.

After Ziiiro, what next?

More ZIIIRO !
…and we have some ideas and plans for something other than watches, we will start with that as soon as possible. Though I can’t tell much about it right now since it’s at an early stage. In addition to that, I’ll start studying design soon. That’s something I haven’t done when I had the chance, but been thinking about for some time… so even if it’s quite late for me meanwhile, I’ll give it a try. You only live once, right?

What is your favorite color?

Can’t decide between green & blue, basically the colors you can see in the ocean.

What has been the biggest highlight for you so far, both personal and as a designer?

As a designer it’s ZIIIRO, and personal it’s my wedding 6 weeks ago.

ZIIIRO Watches are currently available at TouchOfModern, get one NOW! 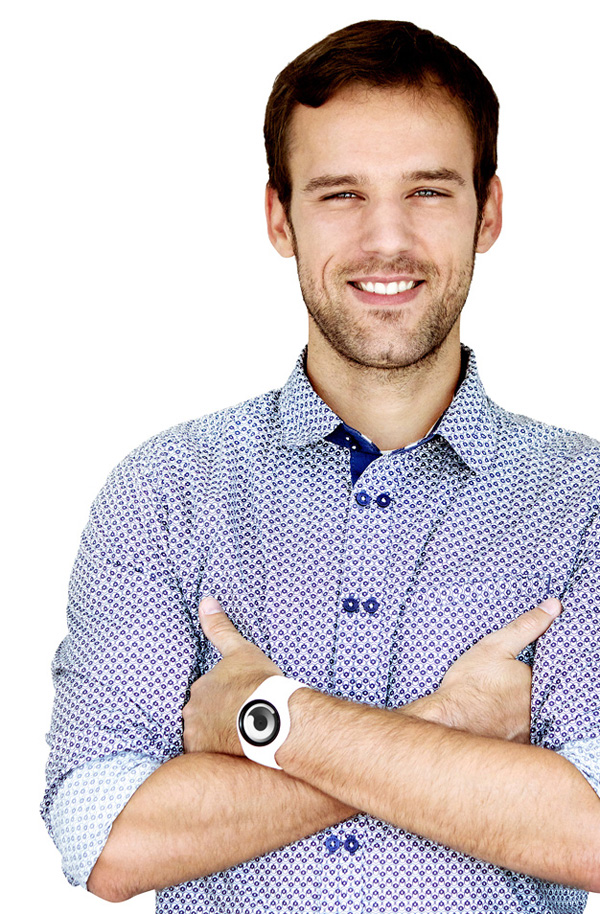 Alicia Keys once said, “If I want to be alone, some place I can write, I can read, I can pray, I can cry, I…

We know, we know. WE’RE LATE to the party, but better late than never. Yanko Design is finally on Facebook so join our group and…

Smart is as smart does! In this day and age of gesture control, face recognition and smart interaction, it is quite flippant for us to…