Four wheels, chariot stance driving position, and no regrets. That’s what’s up. Alexei Mikhailov has a green pod of goodness here for us, the future-world city speedway single-person-transport. It’s called the VW Pholeum. It’s got an external wheel base which allows a 360 degree range (eliminating the antiquated parallel parking blue), fully immersed rubberized tires and independent spoke arrangements allowing for full bump absorption without the use of suspension. And more!? Yay!

The controls are all at your hands, mirroring that of a game controller (supposing generations in the future will have fully changed over to hands-only controls of basically everything.)

Memory Plastic panels and body which will allow for super-simple deformation after collisions or scratches (auto repair!) With further ability to be melted down and re-molded should irreparable damage occur.

Chassis made of aluminum alloy with honey comb shape, bio-degradable rubber for the tires, brand new air bag system. In each pod is six airbags. Two bags in the pod and one on each of the tires.

And yes! I know you were waiting for it, the reasoning behind the name.

The VW Pholeum concept is based on the idea of living cell tissue system of a plant, that acts as a transportation unit which carries organic nutrients to all parts of the plant where needed. This concept is the inspiration of a theoretical idea of future technology acting as micro organisms that transport and nourish the world on a global scale. 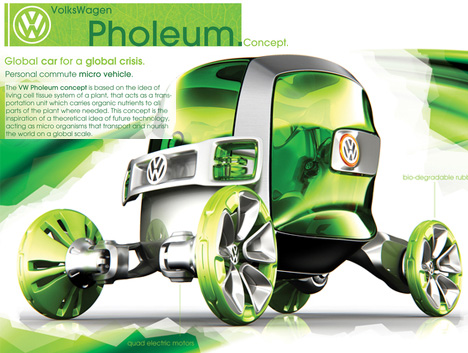 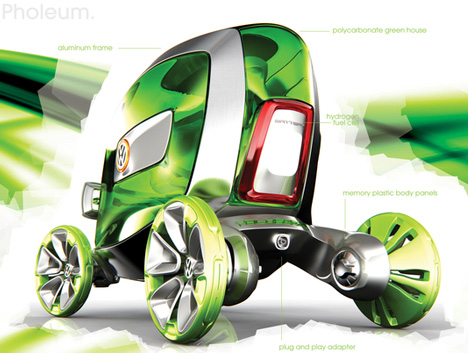 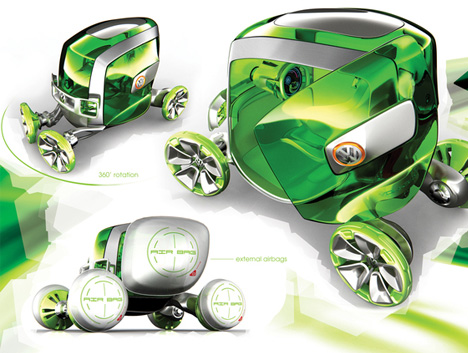 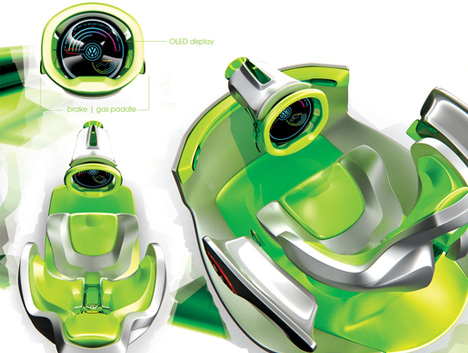 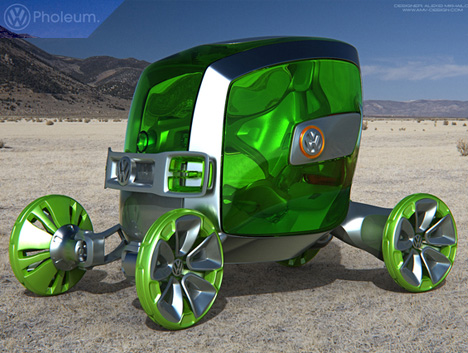 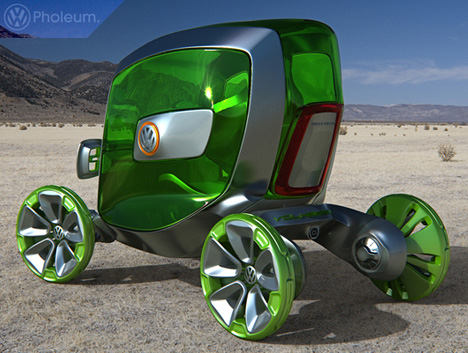 This tiny cabin in the woods is shaped like a megaphone to amplify the forest sounds and bring you inner peace!

Hooves walking over packed snow, flapping wings from above headed south for the winter, and wind rustling against leaves. The sounds of the forest are…

Despite its agro name, the Volkswagen Interceptor is actually a friendlier take on futuristic patrol cars. Compared to other unnecessarily intimidating vehicles, this petit police…