As many working designers are well aware of: all industrial and automotive designers can thank their yearly salaries to General Motors and the concept known as “planned obsolescence.” For those of you that never heard of this business practice, planned obsolescence is the process of a product becoming obsolete and/or non-functional after a certain period or amount of use in a way that is designed and planned by the manufacturer. Simply put, by purposely designing objects with limited life spans, styles or usability, you can encourage more sales by simply redesigning an existing product. This idea was born out of a problem the automotive industry was facing. In 1924, the American car market was reaching a saturation point and then General Motors president, Alfred P. Sloan Jr., needed to maintain sales growth of his cars. He devised a plan that would move design to the forefront of their business model. By creating yearly model design changes, customers were persuaded to replace their current functioning cars with newer styles. New, for the sake of being new. It was Sloan’s brilliance that allowed the business of designing for the masses to be born, and in 1934 General Motors became the largest automobile manufacturer on the planet. Today GM operates in over 34 countries, is the 5th largest employer in the world, behind Wal-Mart and appropriately enough, three oil companies. Their family of vehicle brands include Buick, Cadillac, Chevrolet, Daewoo, GMC, Holden, Hummer, Opel, Pontiac, Saab, Saturn and Vauxhall. 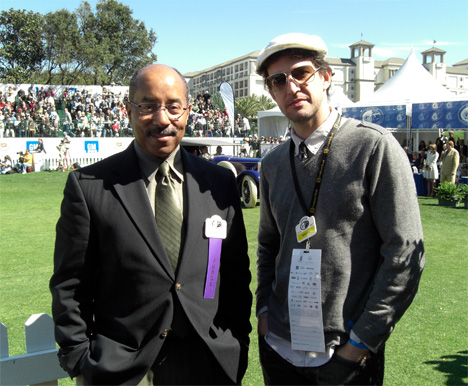 (Above: Ed Welbun & our very own Anthony James)

Recently Yanko Design was invited by GM to attend the 2008 Amelia Island Concourse d’ Elegance in Jacksonville, Florida. Sponsored by Cadillac, this event was a collector’s showcase of past and present automotive inspirations from almost every manufacturer that ever existed. I was honored to have the opportunity to sit with one of the judges for this event and one of the most influential designers in the industry, GM design Chief Ed Welburn.

As Vice President of Global Design for GM, Ed is tasked with overseeing hundreds of designers spread over 11 design centers in eight countries around the world. Ed has only ever worked for GM and was the clear choice to take over as the head aesthetician. In the world of auto or industrial design there a but a few phenoms that reach levels akin to rock stardom. Discounting design school attendees, the list of known designers is a short one and can be counted on probably just one hand. Apple’s Jonathan Ives really changed the face of modern gadgetry with his iconic iMac and iPod creations. Philippe Starck and his whimsical persona lent his talents to everything from toothbrushes to motorcycles and designer hotels. Michael Graves made his way into millions of homes with his exclusive Target line and Ed Welburn continues to lead the charge in what is being called the “renaissance” of GM, where good design is number one on everyone’s lips.

Through their massive operation, global dealership networks and volume, volume, volume, GM held a comfortable lead as the #1 automaker in the world for over fifty years. That position is now being quarterly challenged by Japan’s Toyota and looks to be a prolonged war of attrition. While GM may have sold more cars than anyone else, GM in the 1980s and 90s was also synonymous with cookie cutter designs that were uninspired and homogenized across multiple brands. That all seemed to be a thing of the past once Ed Welburn took over as GM’s global design chief. His ability to not only manage and inspire teams of designers is only rivaled by his stealth like influence over various disciplines of marketing, accounting and engineering. Working his way up the the often political corporate ladder, Ed has learned to avoid corporate tendencies to design by committee, ensuring that his team’s designs do not get watered down or cross platformed into design ambiguity. 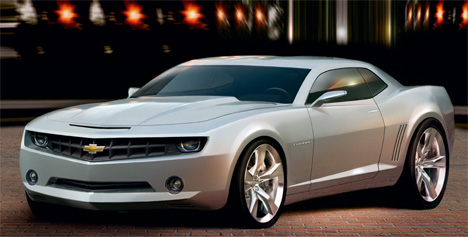 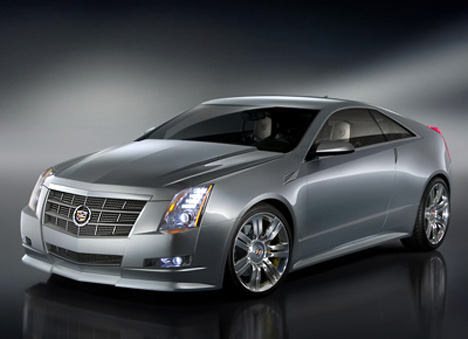 Having successfully redefined many of GM’s brands, most notably the Cadillac brand and its striking CTS-V and CTS Coupe Concept, Ed’s latest inspiration is about to hit the streets in a big way. The relaunch of the Chevrolet Camaro is one of the most anticipated releases in automobile history. The list of accolades from major auto magazines praising the Camaro’s redesign is testament to Ed’s focus and drive to change the public perception of what GM is capable of. With the Chevrolet Camaro sure to be yet another hit for GM, Ed has set his sights on further defining through design the GM brands that are in clear need of more focused direction. Over our two days of discussion, the brand that kept coming up time and time again was the often over looked Buick brand. Frequently Ed would allow his young designers to choose any brand to work on and conceptualize for. This is a great opportunity for young designers to crack their knuckles over their vision of legendary cars like the Corvette, Camaro, Pontiac GTO or Hummer line. But more often than not, these young designers are choosing the Buick brand to interpret. These gusts of young inspiration are evident in Buick’s latest “Invicta” concept shown at this years Beijing Auto show. 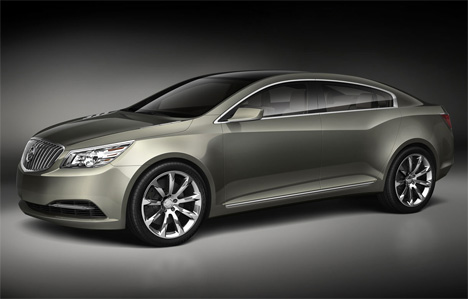 If the Invicta is a sign of things to come from Buick, and Ed manages to breath new life into a brand everyone counted out for dead, Ed’s vision of a GM respected for innovation and design will take a giant leap forward. His determination to innovate or die has not been easy to digest in an industry driven by numbers and old school methodology. And as the head of design for the largest automobile corporation in the world, when Ed wins, all designers win, and when designers win…well, you know.

In a bid to out-weird Elon Musk’s Tesla Tequila, Ford just announced a perfume that vaguely smells like gasoline, designed for EV owners who miss…

Within the spectrum of people who collect things, you’ve got the lower tier of hobbyists who collect coins and stamps, and right at the top…

Fresh off the heals of top designers around the world voting the Citroen DS “The Most Beautiful Car of All Time”, the classic French automaker…

It’s called the Quadrofoil and it’s like something straight out of a James Bond film. The world’s first fully electric and environmentally friendly hydrofoiling personal…