EDCs are always super cool! They are great examples of form meets functionality. These smart little tools can come in handy during the most sudden times and the trickiest situations. But some EDCs go beyond even that and perfectly come to your rescue during emergencies. These EDCs can save lives, help keep you safe, and provide aid in risky situations. From a carabiner that could literally save your life to an EDC that helps you escape car emergencies – we’ve curated a whole range of versatile and innovative EDC designs to help you through any situation that the world may throw at you! These EDC essentials are a must-have for your emergency kit. 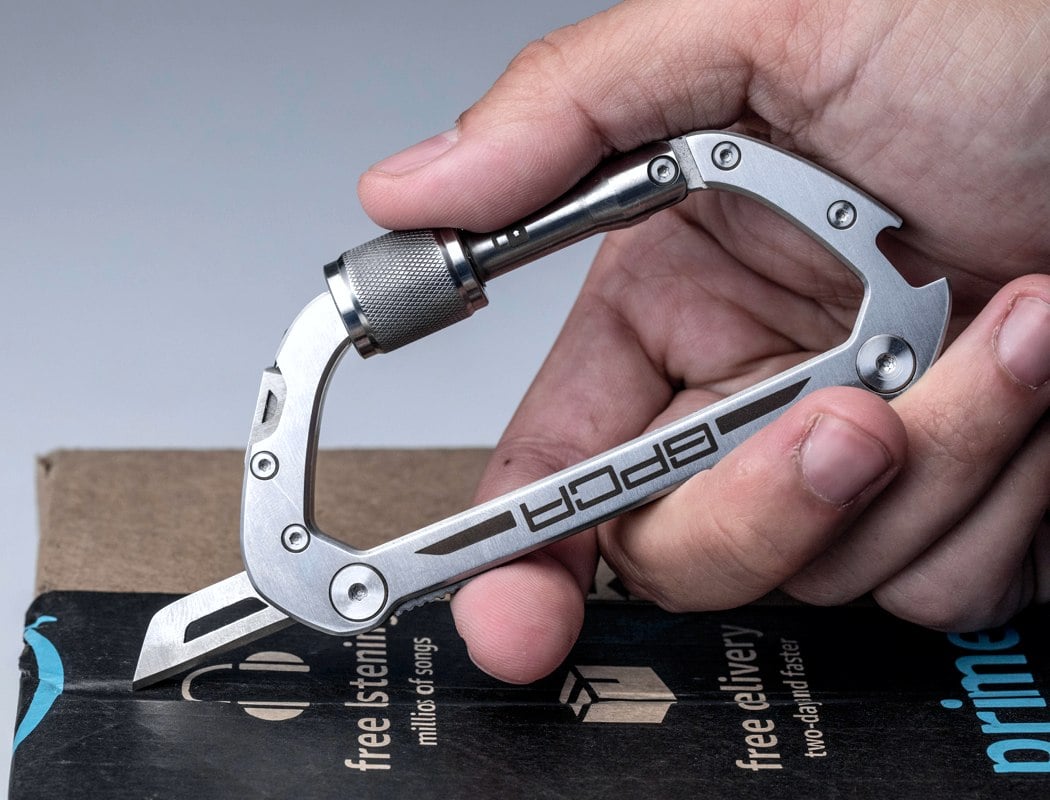 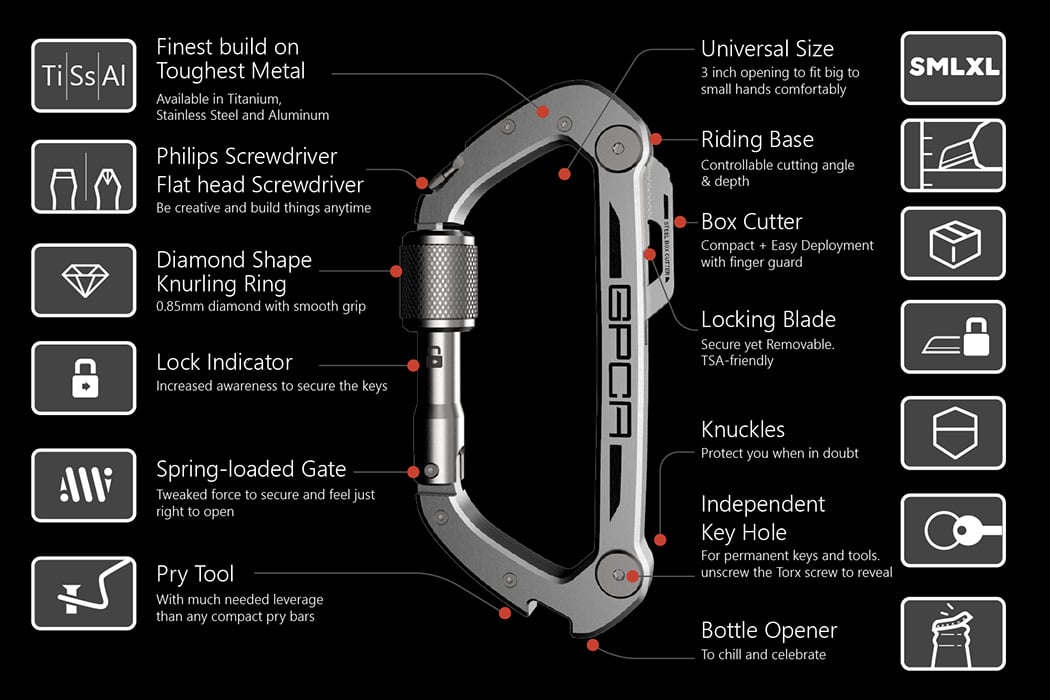 The GPCA Carabiner is a multitool designed to get you through any sort of situation. Fine-tuned to be the multitool to end all multitools, the handy carabiner comes with a set of essential instruments integrated into its design, for every brand of emergency imaginable. The GPCA’s titanium construction (there are stainless steel and aluminum variants too) literally makes it one of the toughest EDCs to fit on your belt… so much so that you can literally use the GPCA as a pair of brass knuckles to fight off any threat outdoors. The carabiner itself is sturdy enough to carry up to a few hundred pounds more than any EDC carabiners *Not rated for climbing, yet compact enough to work as a keychain. Integrated into its outer frame are a Philips head and a flathead screwdriver, as well as a box-cutter that can also be used to whittle wood, pierce packets of food, or cut cords; while the frame itself is optimized for function too, with a bottle opener and a prybar built right into its bottom. 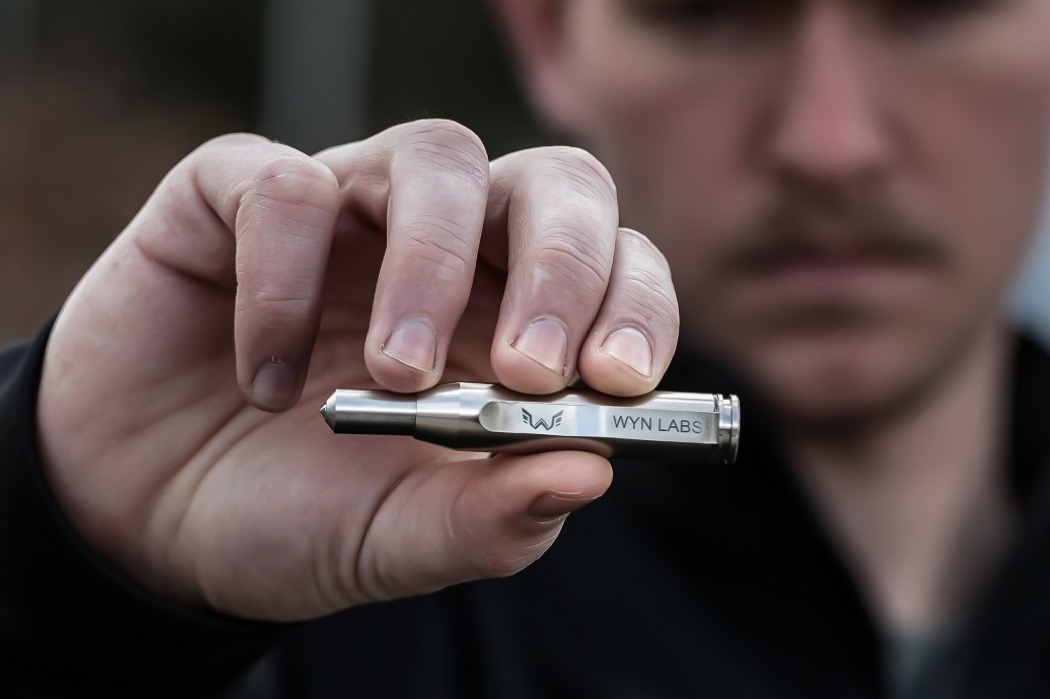 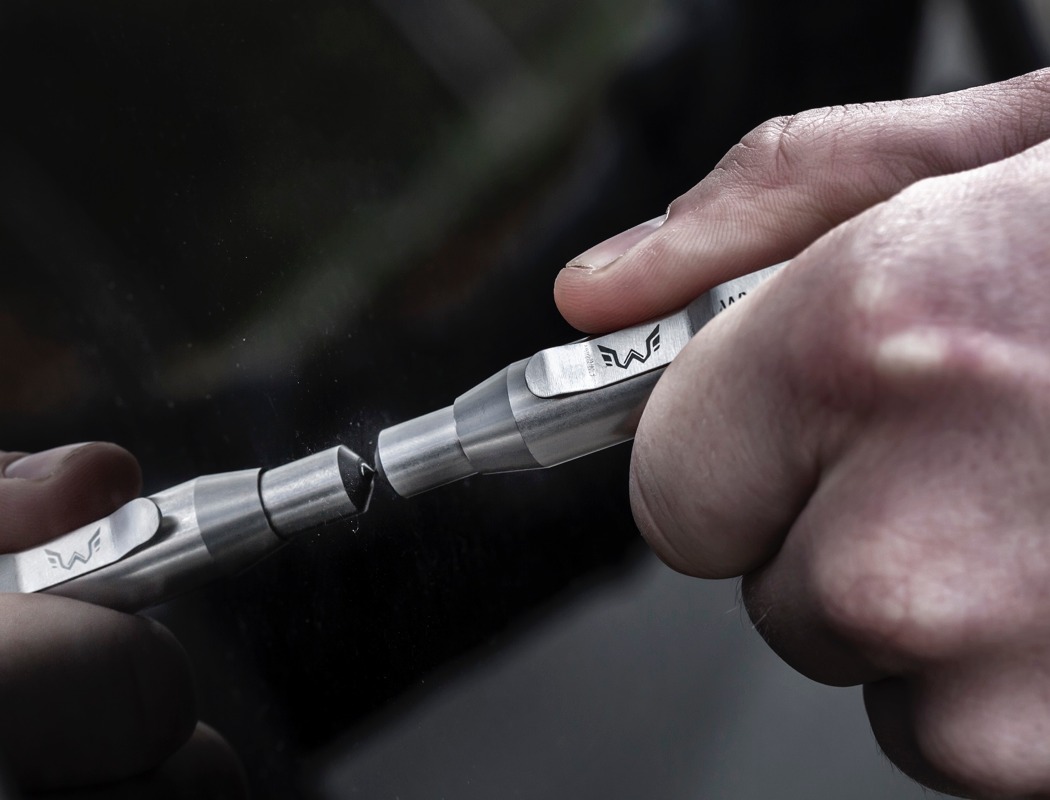 The WYN Bullet is one of those rare examples of EDC that was designed to save lives. Smaller than your finger, the WYN Bullet is a spring-loaded glass-shattering tool that helps you make a quick escape/rescue by instantly breaking a car’s toughened glass. Whether you’re inside your car trying to get out, or outside the car trying to save someone on the inside, the WYN Bullet’s one-push system can instantly shatter toughened glass panels, giving you swift entry into a locked car in emergencies. Toughened glass is exceptionally difficult to break through, by design. It takes repetitive strikes with incredible force to just make a hole large enough for your hand to pass through – even though Hollywood would have you believe that Dwayne Johnson can literally shatter glass with the flick of his finger. The trick to breaking toughened glass is to strike it with something incredibly hard and sharp that focuses the pressure on an infinitesimally small area, causing shockwaves to break the entire glass panel in a single strike. 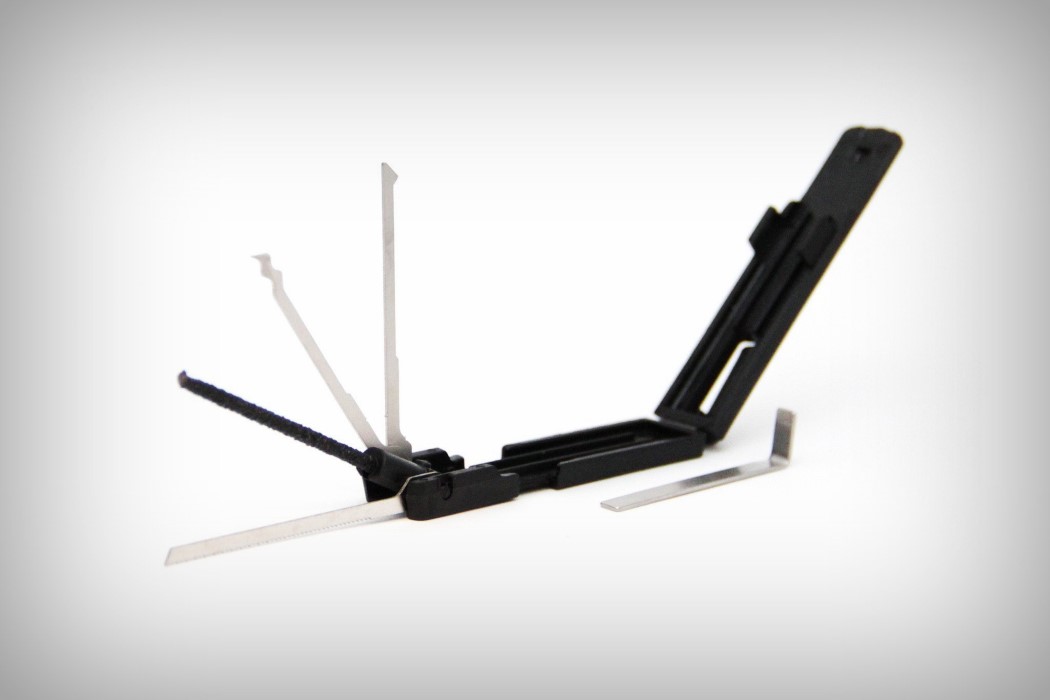 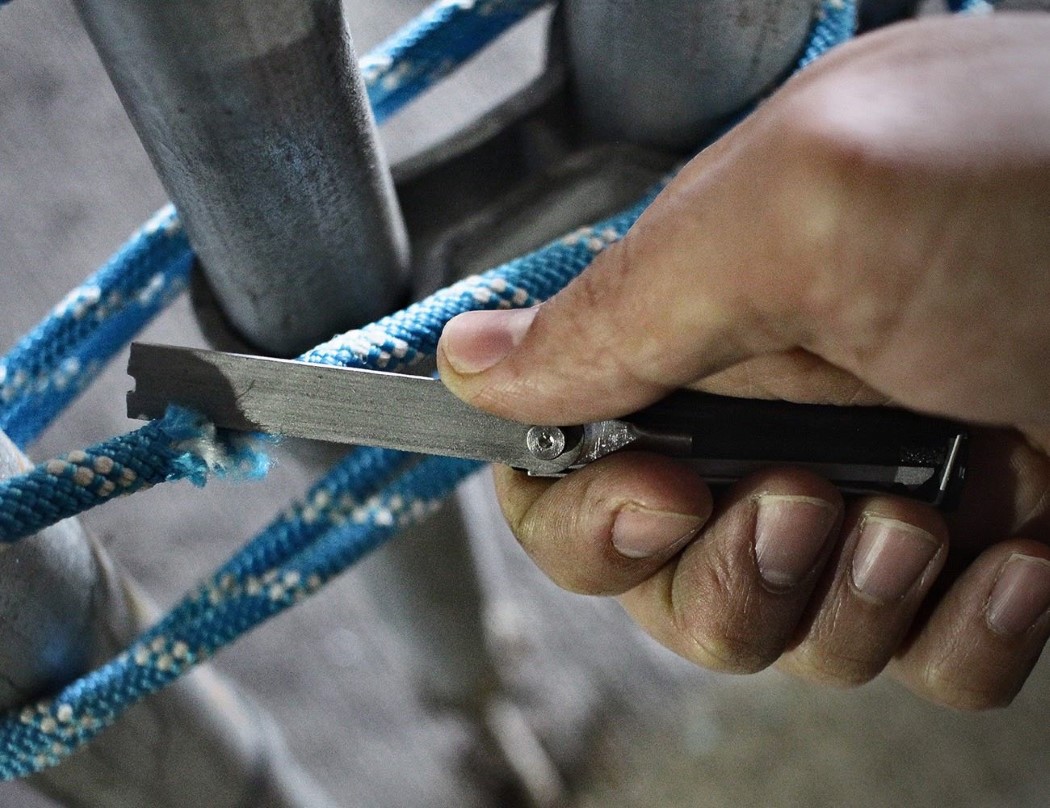 Introduce one, just one Evade Clip into any kidnapping movie and its outcome would be completely different. That’s because, just as its name suggests, the Evade Clip was designed to let you escape from virtually any scenario. Tied up by ropes? The Stainless Steel blade will cut through the toughest paracords. Trapped in a car? The clip comes with a carbide tip that can shatter most glass panes with a single strike. Locked in/out of a place? The Carbide rod will literally cut through metal padlocks and chains. How about door-locks? The Evade Clip even comes with a 3-piece lockpick set that can best any lock, if you choose. Designed to fit easily into pockets, the Evade Clip is a literal key to freedom. In the unlikely event that you may need to escape, the Evade Clip provides you with potentially life-saving tools in an incredibly small form factor 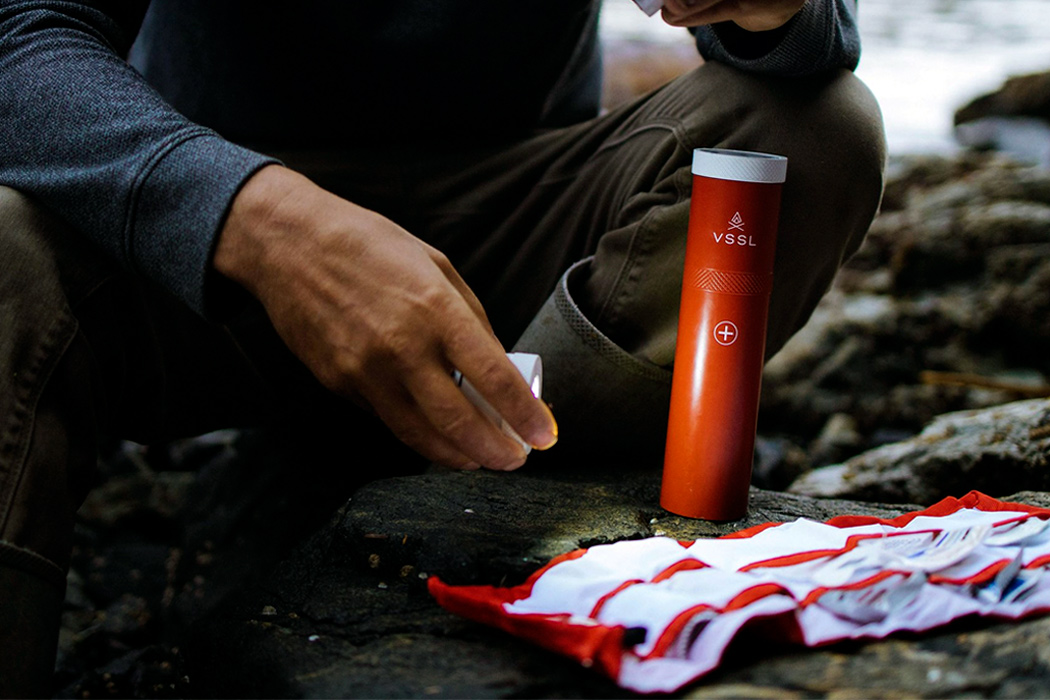 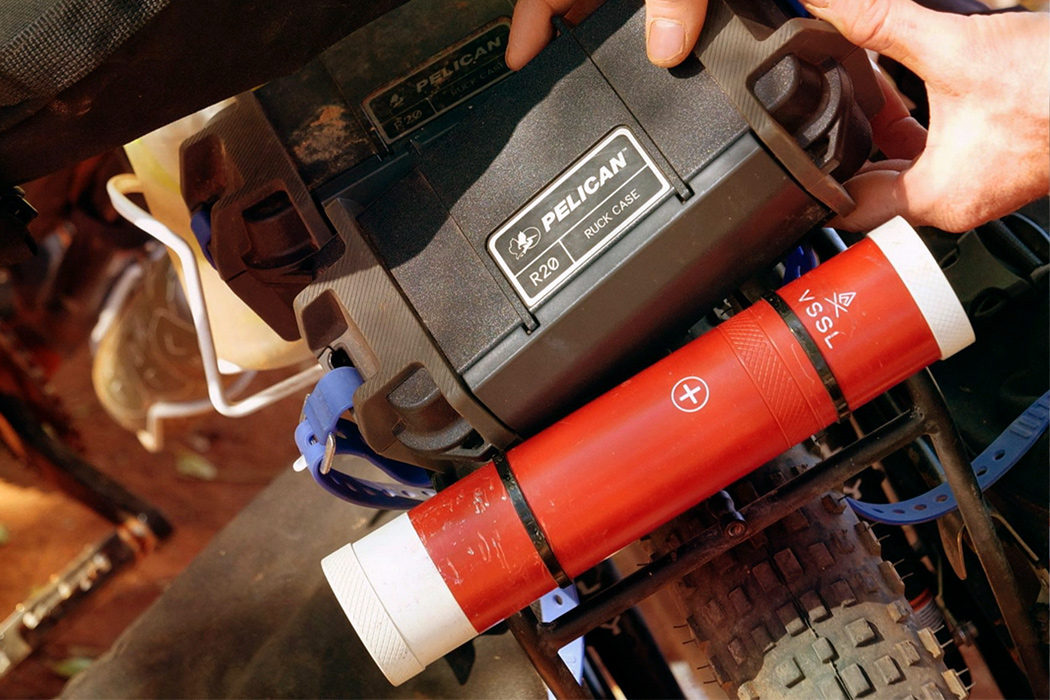 First aid kits are essential, especially when we hop on an outdoor adventure. However, lugging around the usual box-like first aid kits can be quite cumbersome. Hence VSSL launched its new First Aid Kit, built for extreme environments. One look at it, and it’s hard to believe it’s a first aid kit since it looks like a regular flashlight! Created from military-grade aluminum, the indistinct-looking device functions as a first aid kit, flashlight, and compass. Far from your typical first aid kit, it features a sleek fire red body measuring 9 and 3/8 inches with a diameter of 2 inches. One end of the VSSL’s First Aid Kit boasts a powerful 200 Lumens LED light, it’s flooding beam is strong enough to light up large spaces. The flashlight has four lighting modes: bright, dim, red, and SOS. From a subtle dim mode, it can jump to an alert SOS mode, imperative in sending out distress calls. On the other end, you have an oil-filled precision compass! 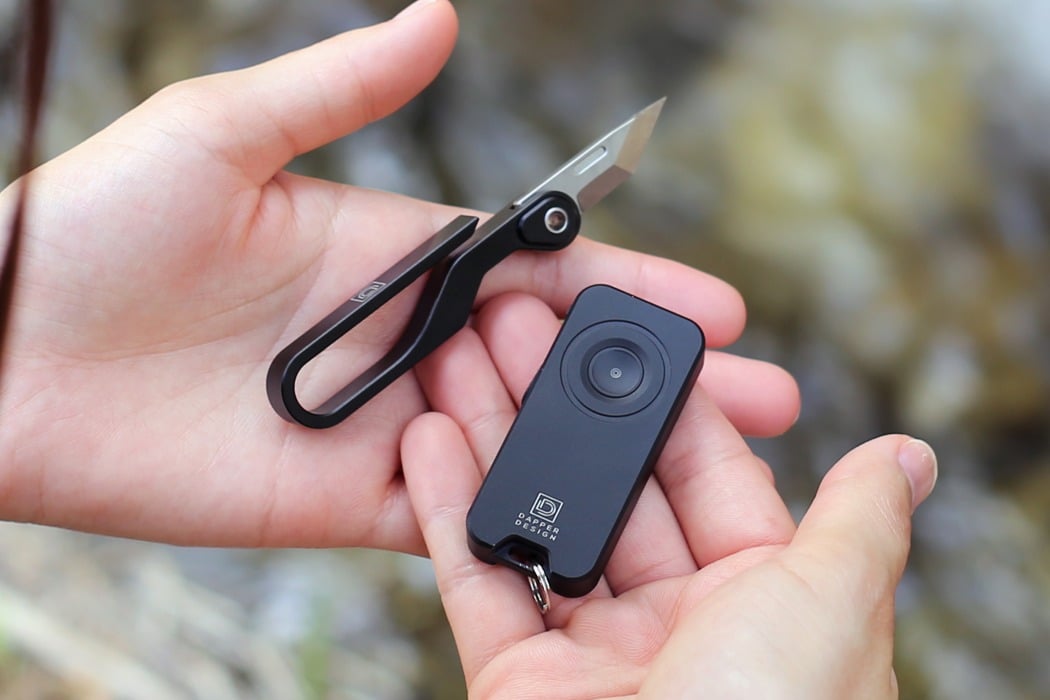 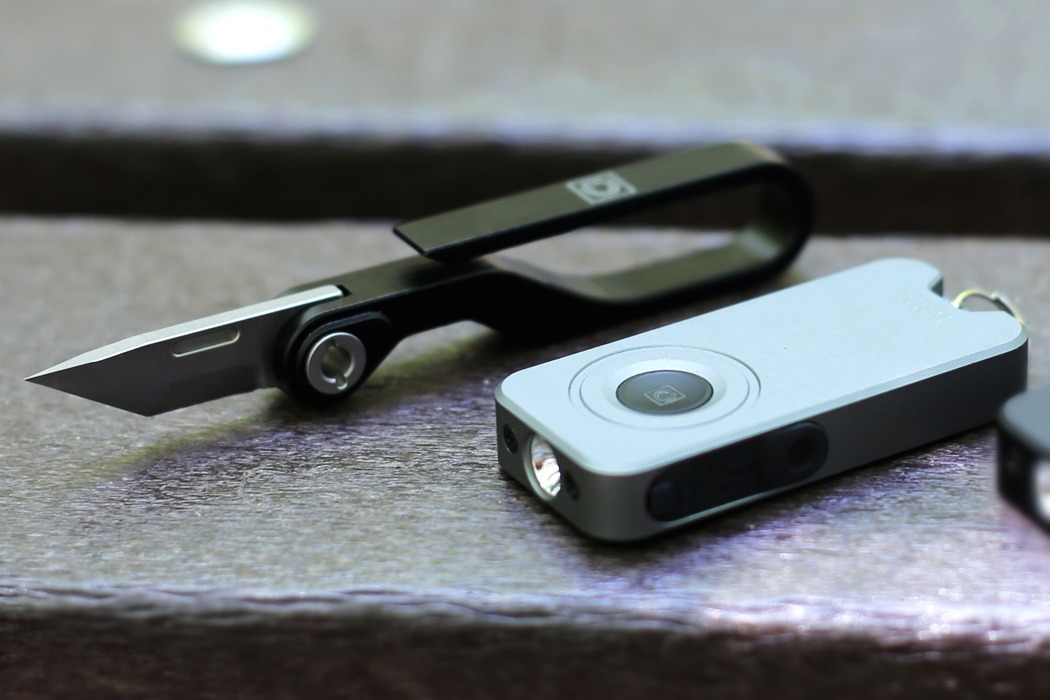 Powerful as individuals with their unique skill sets, and practically invincible when brought together, the Klip EDC Knife and the TL Micro EDC Torch make a perfect duo. Perfectly capable in their own right, they combine to help you see and then conquer. The Klip captured our hearts earlier this year with its compact design, titanium build, and versatile tanto-style blade. After its wildly successful run on Kickstarter, Klip is making its comeback with a sidekick of its own… the TL Micro flashlight. Just 54mm long, and 25mm wide, the TL Micro puts a powerful 280-lumen torchlight into the form factor of a key-fob. With a rechargeable lithium-ion battery that can run for as long as 17 hours on the torch’s low-brightness setting, the TL Micro comes with three brightness settings (the highest being more than 5 times brighter than your phone’s flashlight). 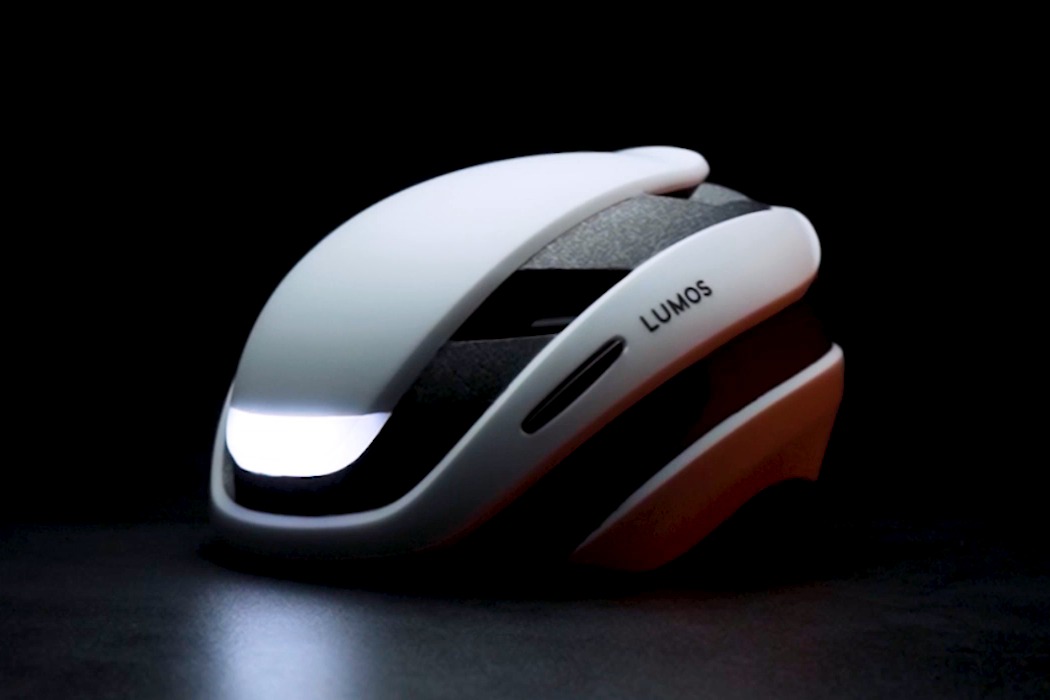 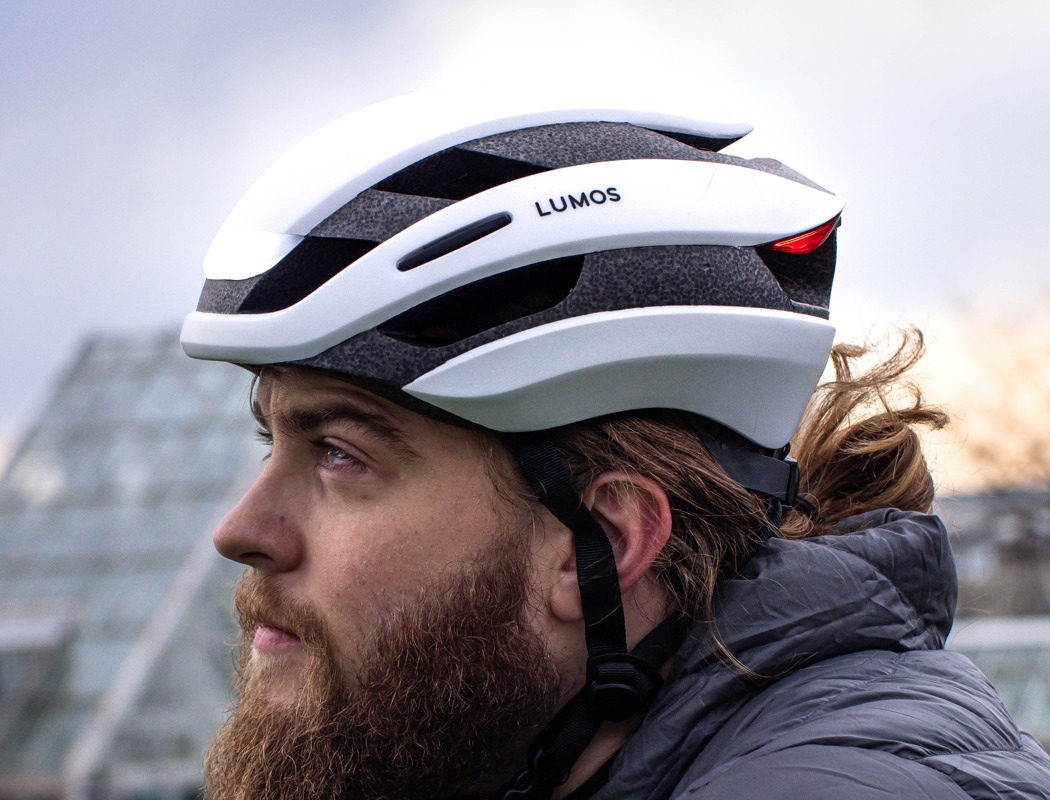 The Lumos Ultra smart helmet’s approach to protection is two-fold. Not only does it function as a traditional helmet, guarding your head against any impact-related injuries, it dramatically increases your visibility and your predictability to drivers around you. The Lumos Ultra is a high-quality and aerodynamic cycling helmet that’s integrated with front and rear bike lights, as well as rear-mounted indicators to help people behind you see, and react to your intentions. The helmet’s integrated bike lights are a more effective alternative to bike-mounted lights that often get stolen, or just aren’t visible enough because they are located down low. As the lights are positioned on your head, they are now at eye level which provides maximum visibility, and can also be an indication of the direction that you are looking at. 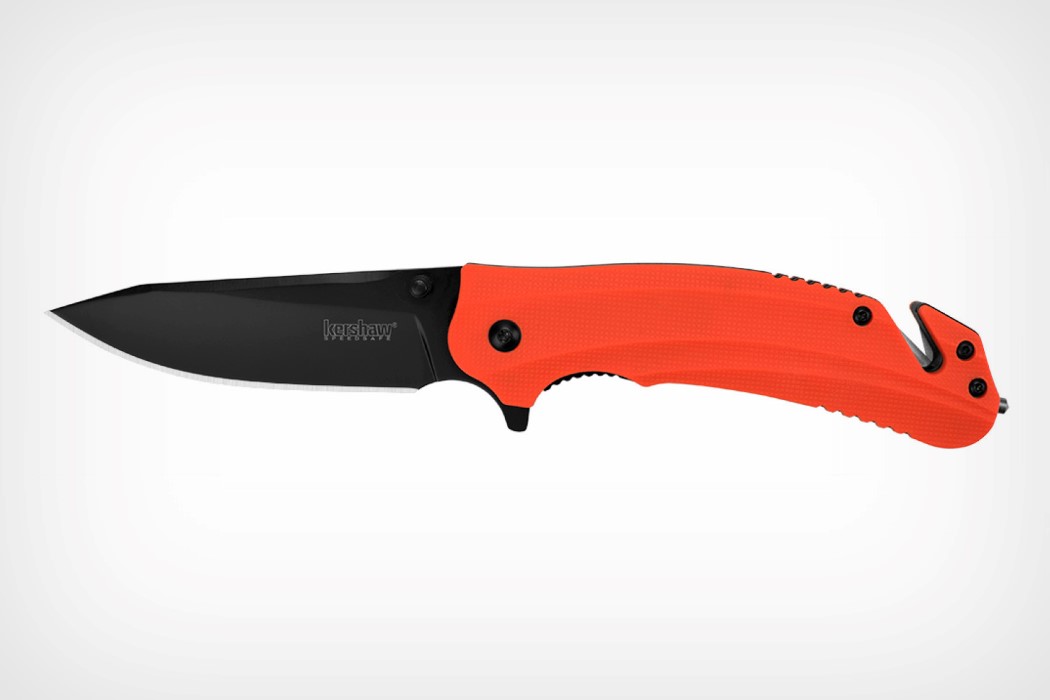 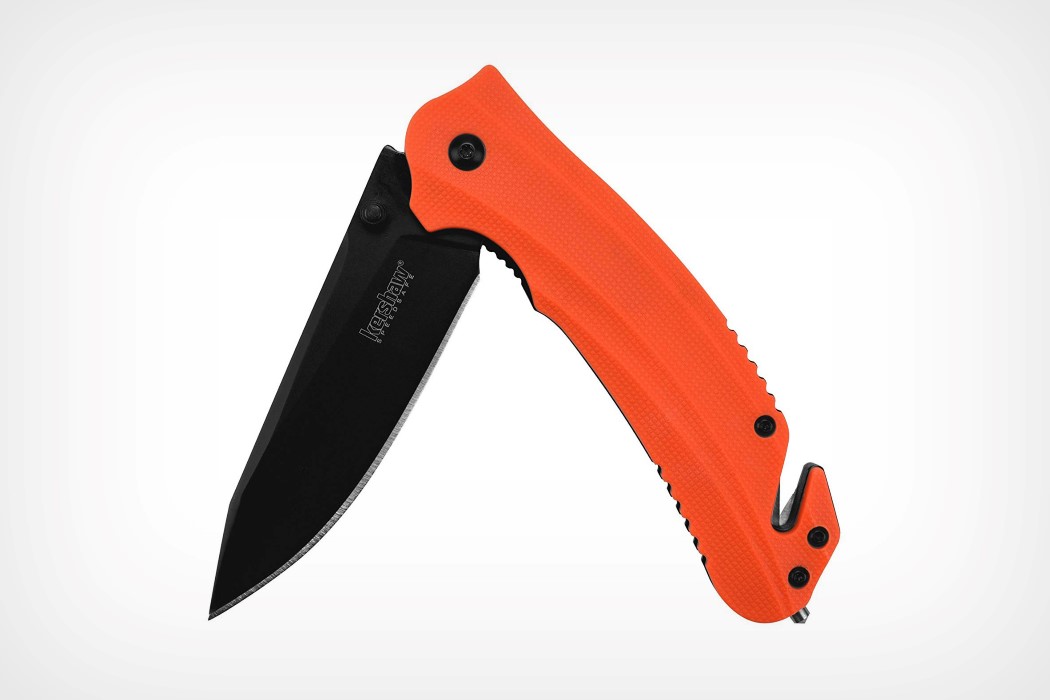 The Kershaw Barricade is EDC that’s absolutely worth carrying, especially while traveling. Its design doesn’t just pack a nice, black-oxide-coated 8Cr13MoV steel blade with a drop-point edge, it also packs two other potentially life-saving features. Built into the Barricade’s practically unbreakable glass-filled nylon handle (that’s also colored fluorescent orange, making it easy to spot in emergencies) are a Seatbelt Cutter, and a Glass-breaker, two exceptionally handy things to have on you no matter where you travel. The seatbelt cutter, integrated into the base of the handle, allows you to swiftly and smoothly slice through seatbelt fabric, and the carbide glass breaker tip right at the bottom, allows you to instantly shatter the tough triplex glass used in automobiles. Together, the Barricade isn’t just a useful tool for getting yourself out of a fix, it could also potentially help you save a lot of other people’s lives… especially if you’re a first-responder. 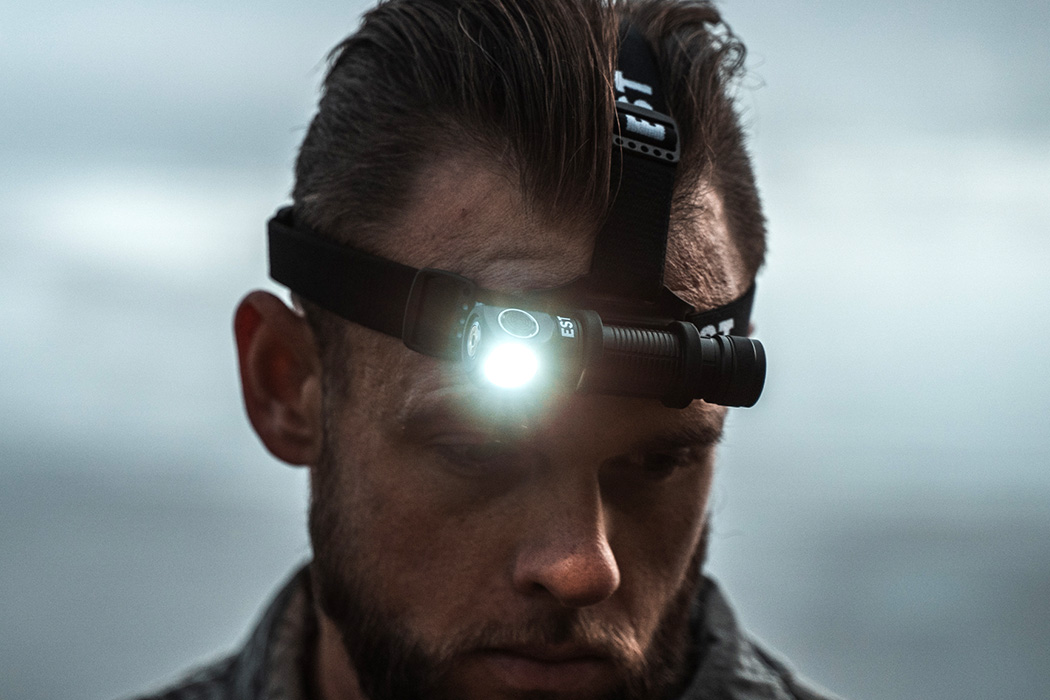 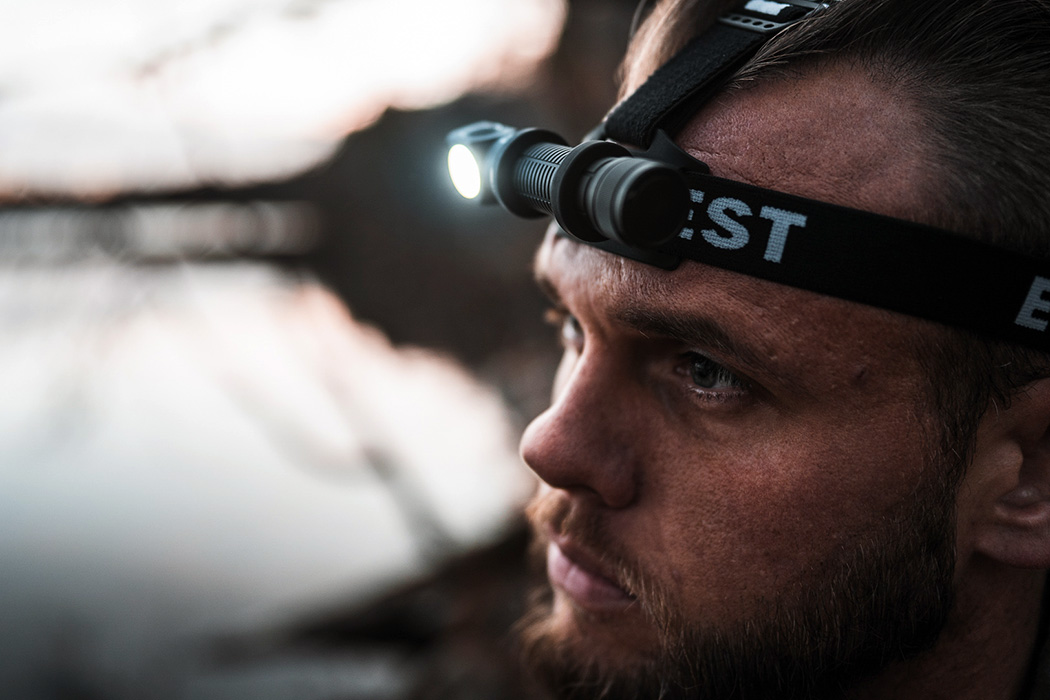 Made for rugged outdoor use, the EST Torch L1 comes with all the obvious outdoor requirements and some rather pleasant new ones too. Its body is machined entirely from a single billet of aluminum, complete with a hard-anodized Type 3 scratch-resistant finish. The EST Torch L1’s build is durable enough to easily withstand long drops, and even survive being run over a car. The Torch L1 is rated IP68 dust and waterproof, allowing it to be used even underwater without any fuss. On the inside is a 1200 lumens light with a 120-meter beam distance. The Torch L1 runs on a high-capacity 3600 mAh rechargeable AA battery provided by EST, giving it a run time of up to 20 days. 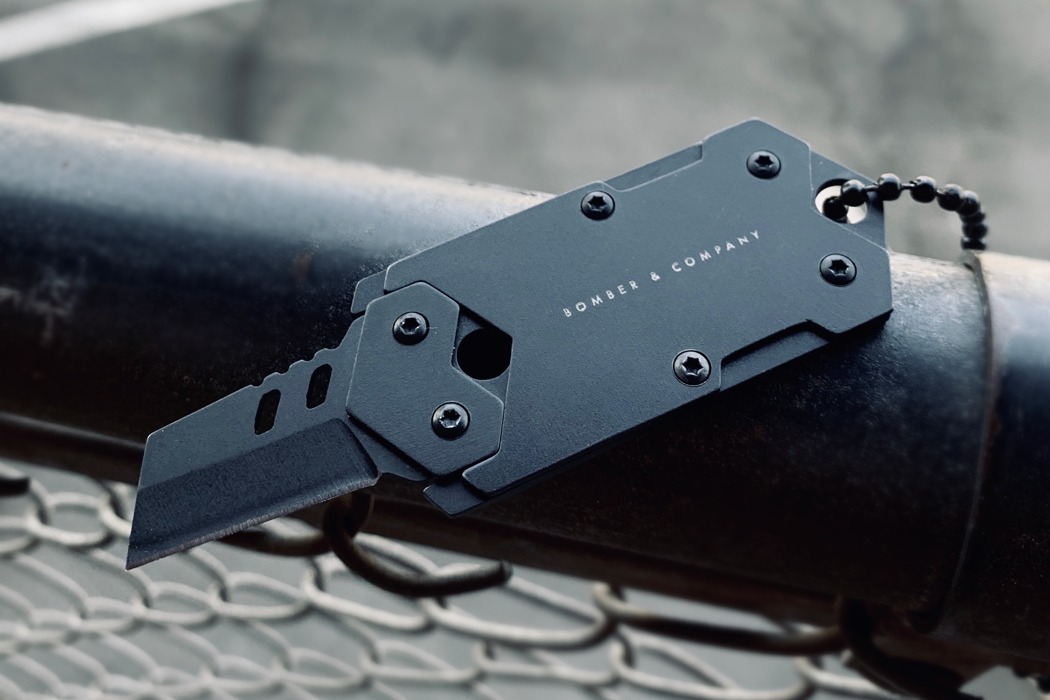 Fitting comfortably into the form factor of a dog-tag, the B2 blade from the guys at Bomber & Company literally hangs in its tag-shaped sheathe around your neck. The Nano-blade pocket knife remains fully concealed within the dog-tag-shaped pendant and its lightweight, compact design makes it the perfect EDC because of its ability to be both a useful product and a fashion accessory. The tiny sheeps foot-style blade hides within its matte black metal casing, and can easily be deployed by unsheathing it and clipping it back into its holder with the blade facing outwards. When out, the small blade becomes a really handy piece of gear both indoors and outdoors. The 1-inch blade can do everything from cutting boxes to whittling wood and slicing through paracords. 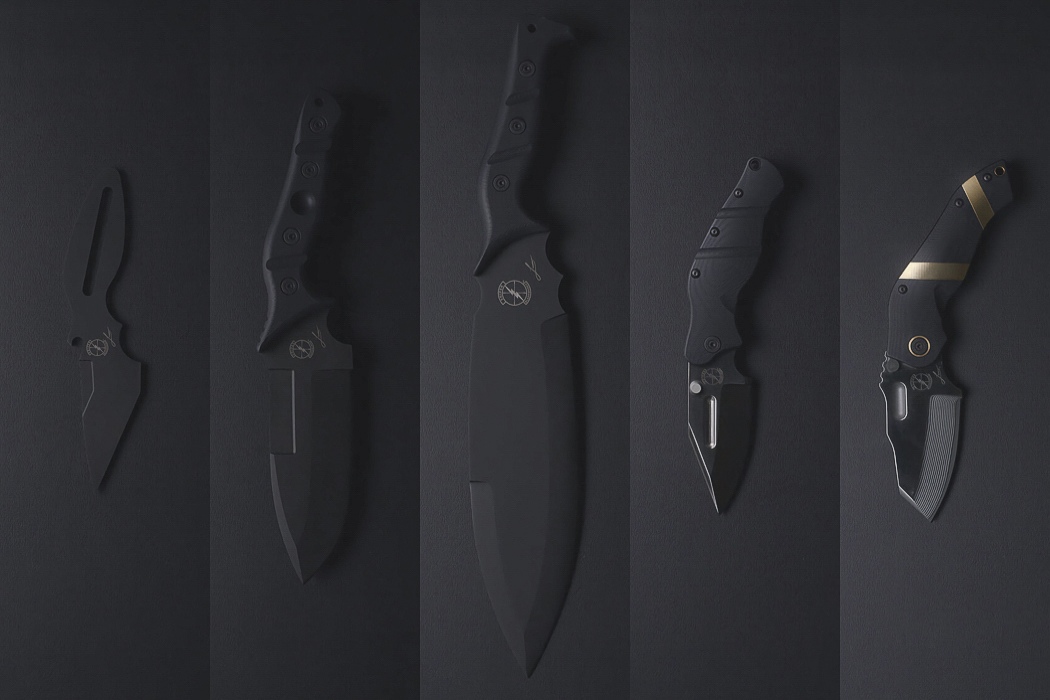 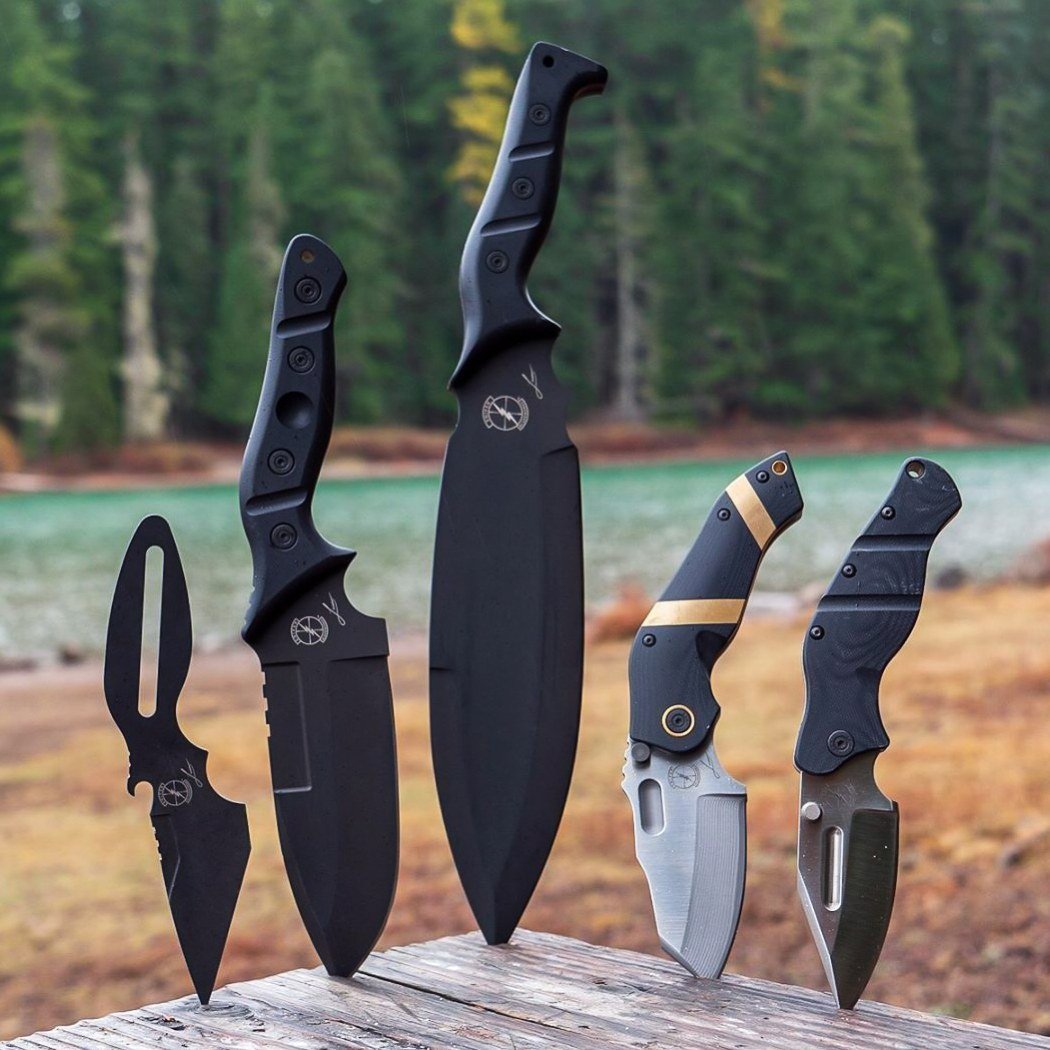 400. That’s how many units of the Sniper Bladeworks 2020: Reload Collection are being put into production, making them some of the most exclusive high-quality blades you could get your hands on. Designed by award-winning knife-maker Lance Abernathy of the iconic Sniper Bladeworks based out of Kansas City, the 2020: Reload collection reimagines a few classics and adds a couple of new knives to the mix, creating what Abernathy claims is his best offering yet… knives designed and engineered to excel in everyday use or make a stunning addition to your collection. Every single one of the 2020: Reload collection’s knives come made from the highest quality performance steel, meticulously designed and manufactured by ace knife-smith Lance Abernathy himself, and with the Sniper Bladeworks’ seal of approval and Lance’s signature.

Toast the bacteria off of your smartphones!

We all collectively want to roast this pandemic out of existence, it has truly turned us all into Monica Geller with the constant disinfecting and…

The latest in a trend of garden & light combinations, the Aura lamp is an experiment in interactive objects that combines nature, water & light…

A Light That’s Inspired by Architecture!

Inspiration for a design can come from anywhere and it’s what both launches and drives the project, but what I find most interesting is the…