Using resistance to its advantage, the Unitree PUMP can practically mimic any sort of exercise equipment you need. Its modular and universal design allows you to work on any part of your body, and the pocket-sized resistance machine is small enough to travel with too, letting you build muscle without carrying your entire gym with you.

The PUMP comes from Unitree, a robotics company known more popularly for their quadruped ‘robot dog’. A byproduct of the technology developed for the dog was a patented motor capable of generating resistance. It didn’t take long before the folks at Unitree saw a novel application for this motor. Capable of generating resistance as high as 44lb (20kg), the PUMP is a deceptively tiny palm-sized gym that can be used in a multitude of ways to work on any part of your body, coving as many as 90% of all muscle groups. It’s also capable of outputting a stable resistance so you don’t end up injuring yourself or straining your muscles. Who would’ve thought building the muscles of a robot dog would end up helping build, well, human muscles!? 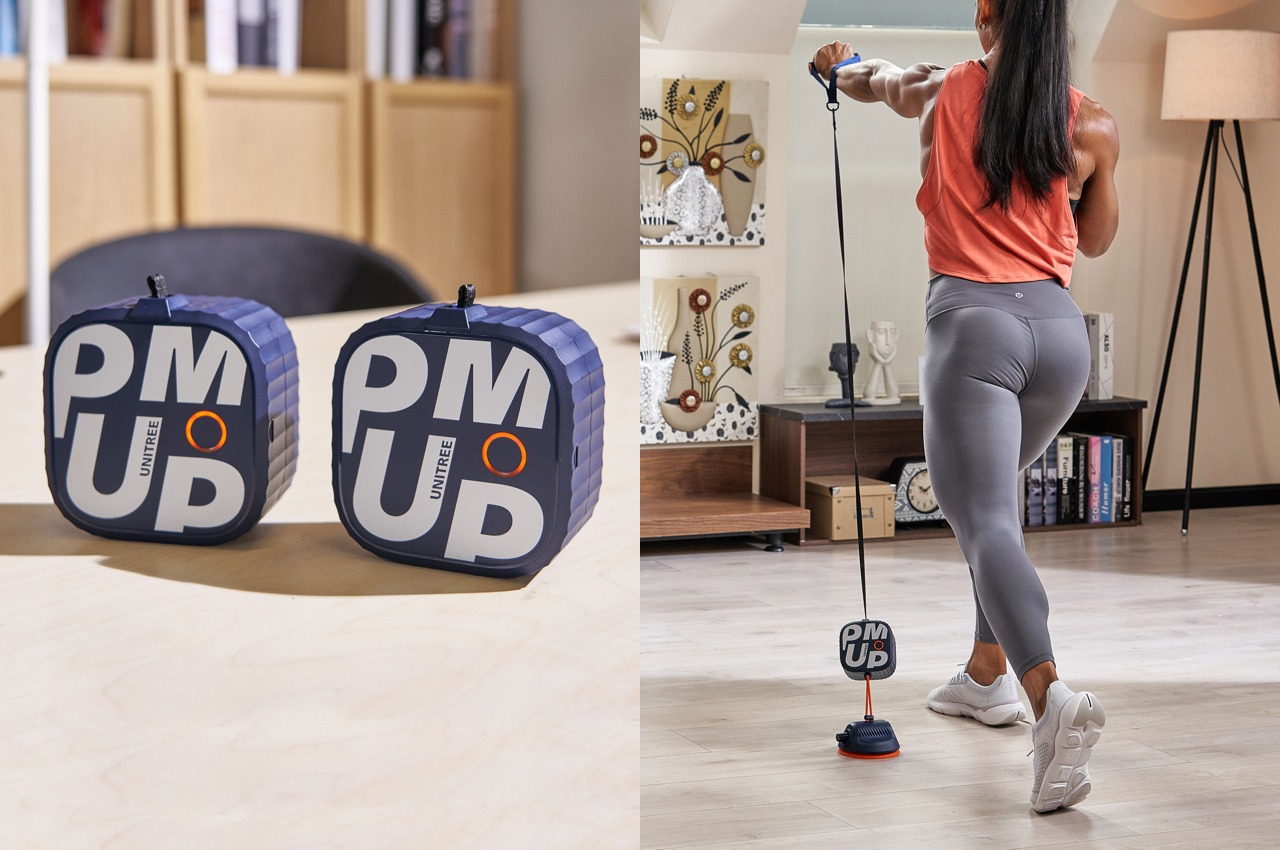 All of PUMP’s capabilities lie in this one handheld device that contains a motor and a microcontroller board that helps adjust the PUMP’s resistance as well as track your workouts. The PUMP can be strapped to objects like door frames, railings, or even the floor, and can be used to mimic the feeling of working with weights. You can use it for general full-body workouts, HIIT routines, or even focus on your core or other parts of the body. 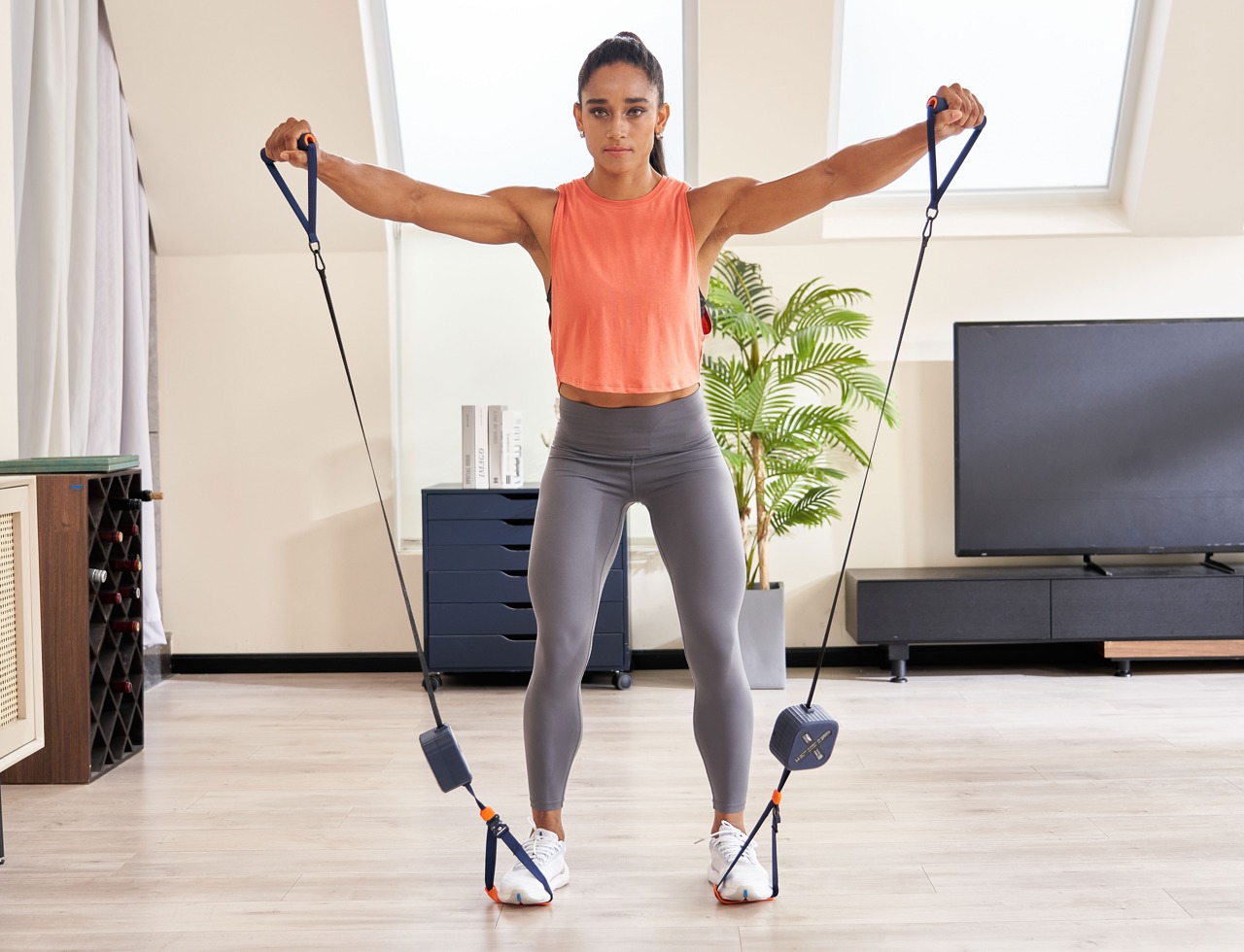 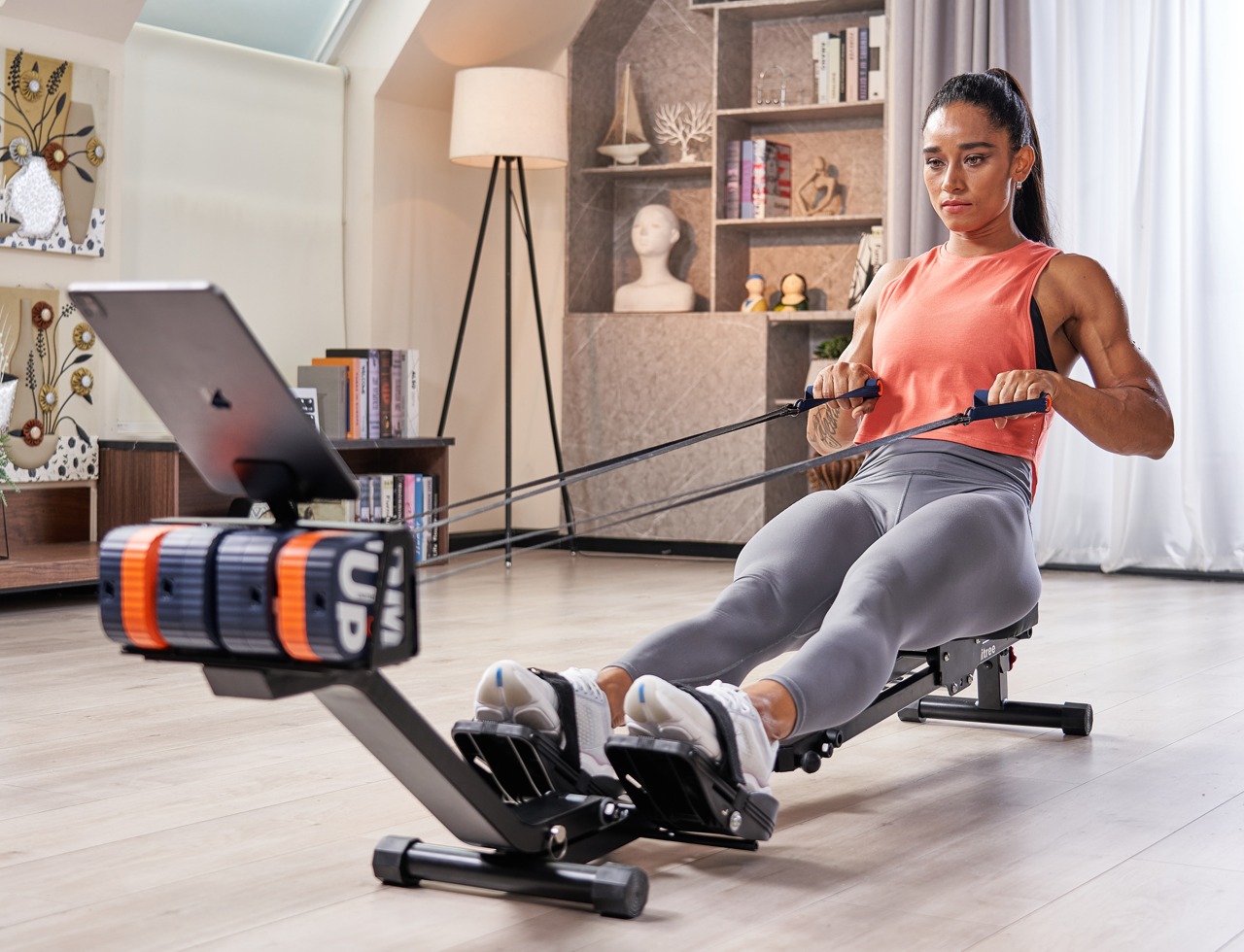 The PUMP works pretty much as a standalone device and hardly needs any additional accessories (apart from straps and such), but the minute you include its modules, you can basically have it replace an entire gym. Moreover, all that mechanical energy stored within the PUMP from all your exercising can then be used to charge your phone! In PUMP’s Generation Mode, the mechanical action of working out gets directly translated into electrical energy, which can then be used to charge your devices!

Constant Mode – Adjust the resistance range from 4.4 – 44lbs (2-20kg). The resistance will be the same whether you’re pulling the rope out, or releasing it back in.

Chain Mode – Choose resistance from 4.4 – 44lbs (2-20kg), but it allows you to schedule resistance and let PUMP adjust resistance automatically while you train. 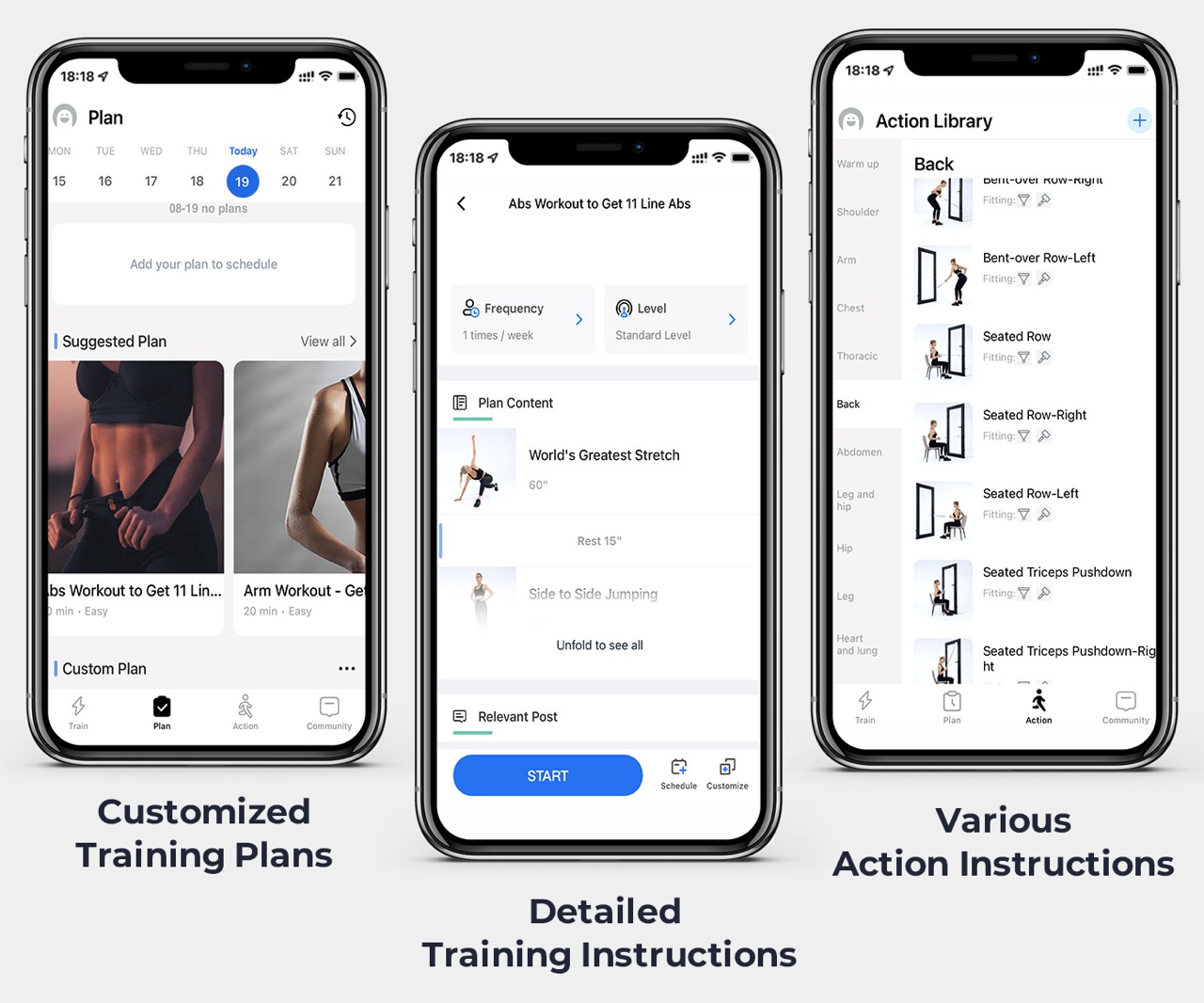 The Unitree PUMP pairs along with its companion smartphone app that lets you choose from more than 100 free tutorials on how to use the PUMP to target various parts of your body. Along with recommending exercises, the app lets you set the resistance, helps track your reps, and even counts your calories, giving you an overall breakdown of your workout.

Additionally, the app gamifies the process of exercising with a built-in fitness game that enhances your weight training experience like nothing else on the market! The app even helps you unlock the PUMP’s true potential by suggesting new ways to use it – with simple gear and a little elbow-grease, you can turn you PUMP into a rowing machine, paddle machine, smith machine, or a leg extension curl machine. Combine two PUMPs and with a pair of floor-mounted suction cups, you can even simulate training on barbells! 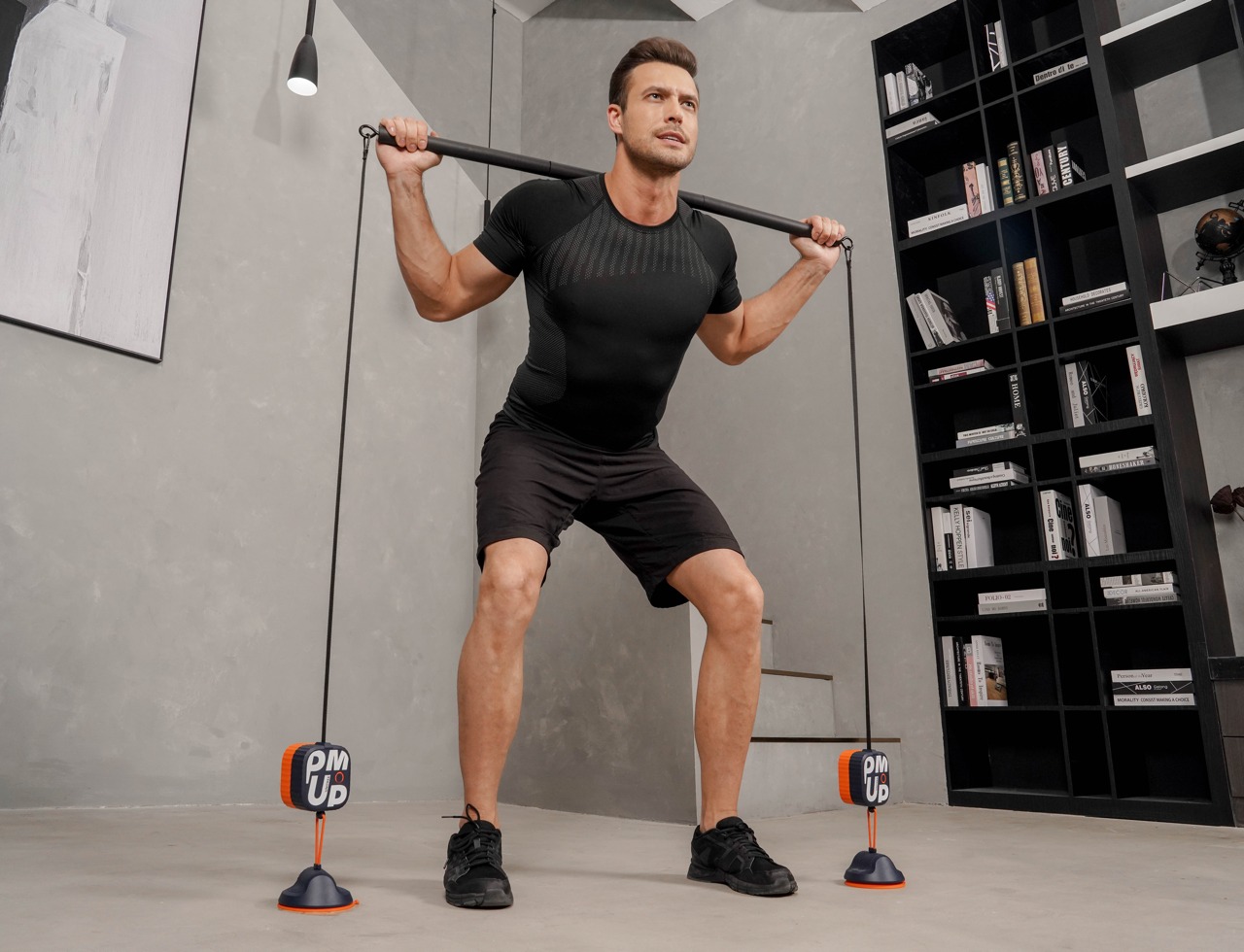 The idea of a space-saving gym isn’t just appealing to the traveler (although the PUMP was built to be travel-friendly), but also appeals to people with small apartments who don’t have space for a peloton, or the money for vast amounts of gym equipment. Each PUMP ships with a power cable (given that it runs on a motor), storage pouch, and accessories like a door anchor, extension rope, annular fitting belt, ankle strap, pull-rope handle, and a safety buckle. The entire device weighs a paltry 700 grams (as much as a bottle of water), but is capable of outputting resistance nearly 30 times its overall weight. The price of this palm-sized gym starts at a super early bird price of $159.

Multifunctional Product Designs that combine your love of plants with the modern lifestyle!

I love having plants at my home! Agreed, I have had some troubles and mishaps, and quite a few succulents have sacrificed themselves to my…

The Air Purifier Got a Redesign!

The Air Column isn’t ‘just another’ air purifier, it uses its carefully considered design and unique form to stray away from the mechanical vibe that…