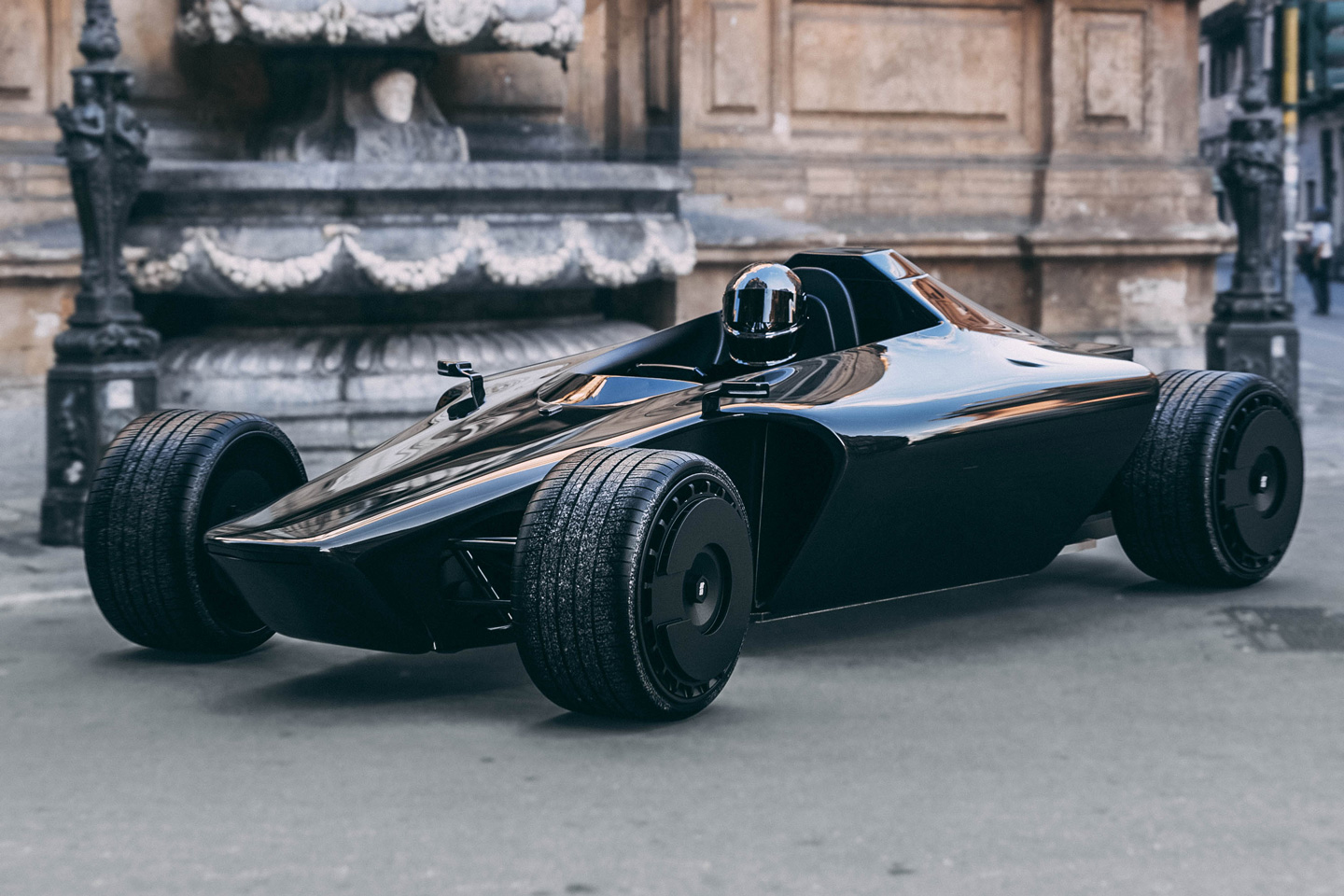 The company famed for making some of the most organic, fluid-inspired motorcycles is now experimenting with the adrenaline rush of four-wheeled racing. Bandit9 originally set out to build a car that captures the joy of riding a motorcycle, but the team found them slipping down the racecar rabbit hole. The Monaco is a result of their growing obsession with racecars and captures everything the ‘religion of racing’ epitomizes – speed, aerodynamism, power, control, and the thrill of feeling the resistance as you push against the pedal and try to maneuver a hunk of metal hurtling across the asphalt. 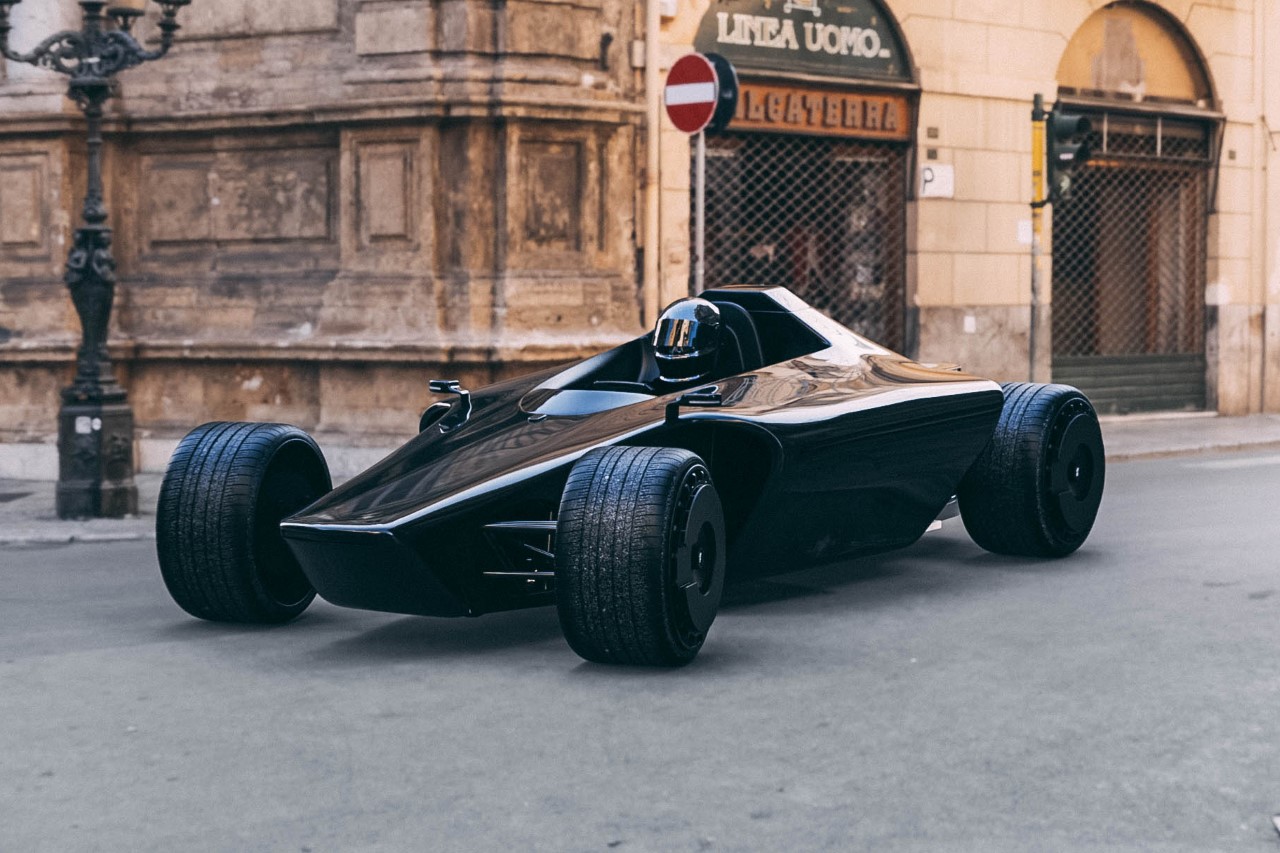 The car’s ethos went through a major rehash when the company moved from designing a car that captures the joy of motorcycling to a car that embodies the joy of racing. The more Bandit9 learned about the science and religion of Racing, the more they felt compelled to honor those that came before by continuing their work; Colin Chapman’s relentless mission to reduce weight, Carroll Shelby’s principles on control over pure power, Enzo Ferrari’s philosophy on life, and more. 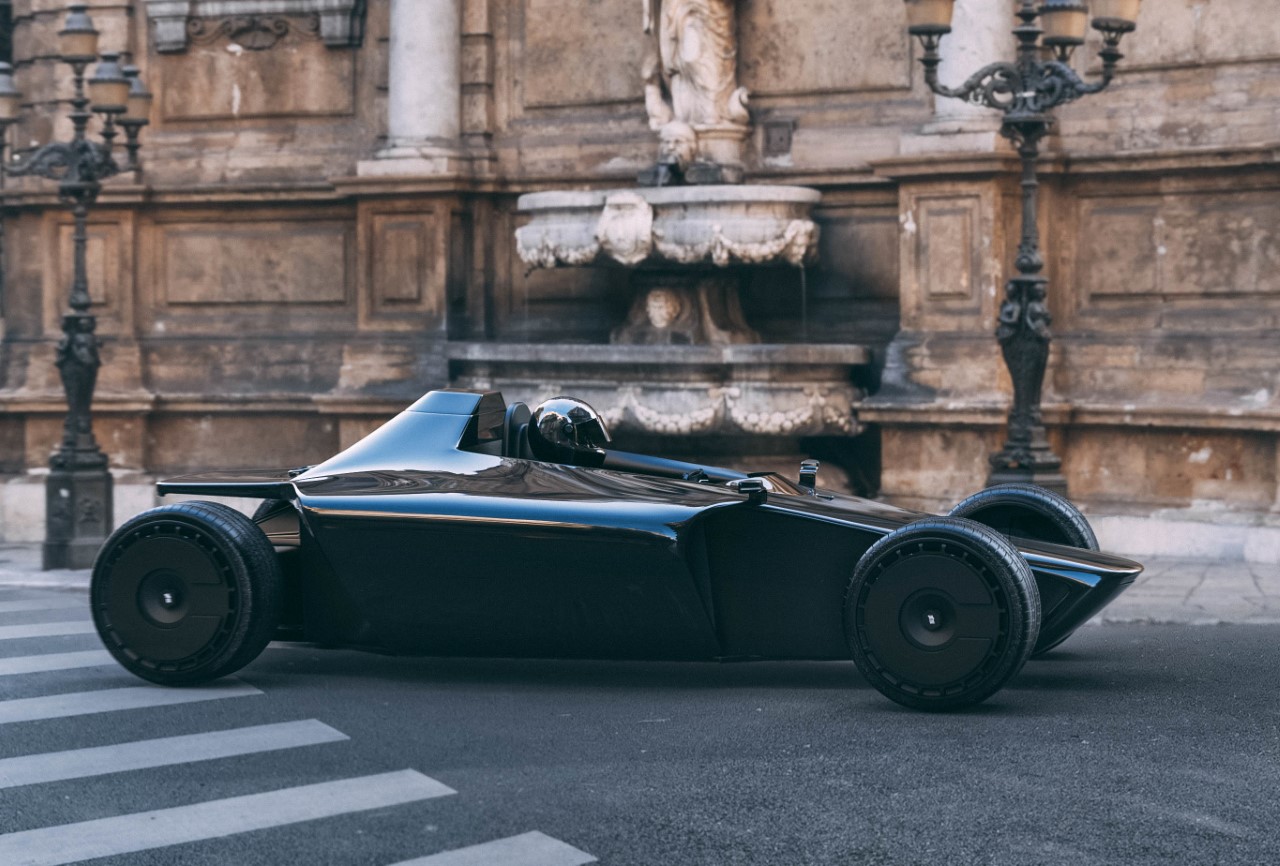 “While modern sports cars come packed with features, the truth is they’ve made you dependent”, says the Bandit9 team. “With GPS, there’s no need to have a sense of direction; cruise control means you just need to steer, and now with autopilot: you’re barely driving; just call an Uber.” In that sense, the Monaco is both an attempt at capturing the old-school meaning of racing, albeit with new-age technology, thanks to Bandit9’s diverse team of aerospace, robotics, mechatronics, and chemical engineers working alongside their roster of international automotive designers.

The Monaco is an F1-worthy racecar powered by an electric heart. The car comes with a carbon fiber monocoque that sports Bandit9’s signature fluid-inspired bodywork on top. The company calls it a ‘platform’ rather than a complete automobile, stating that the monocoque is a “blank canvas designed to support add-ons to suit your racing style”. 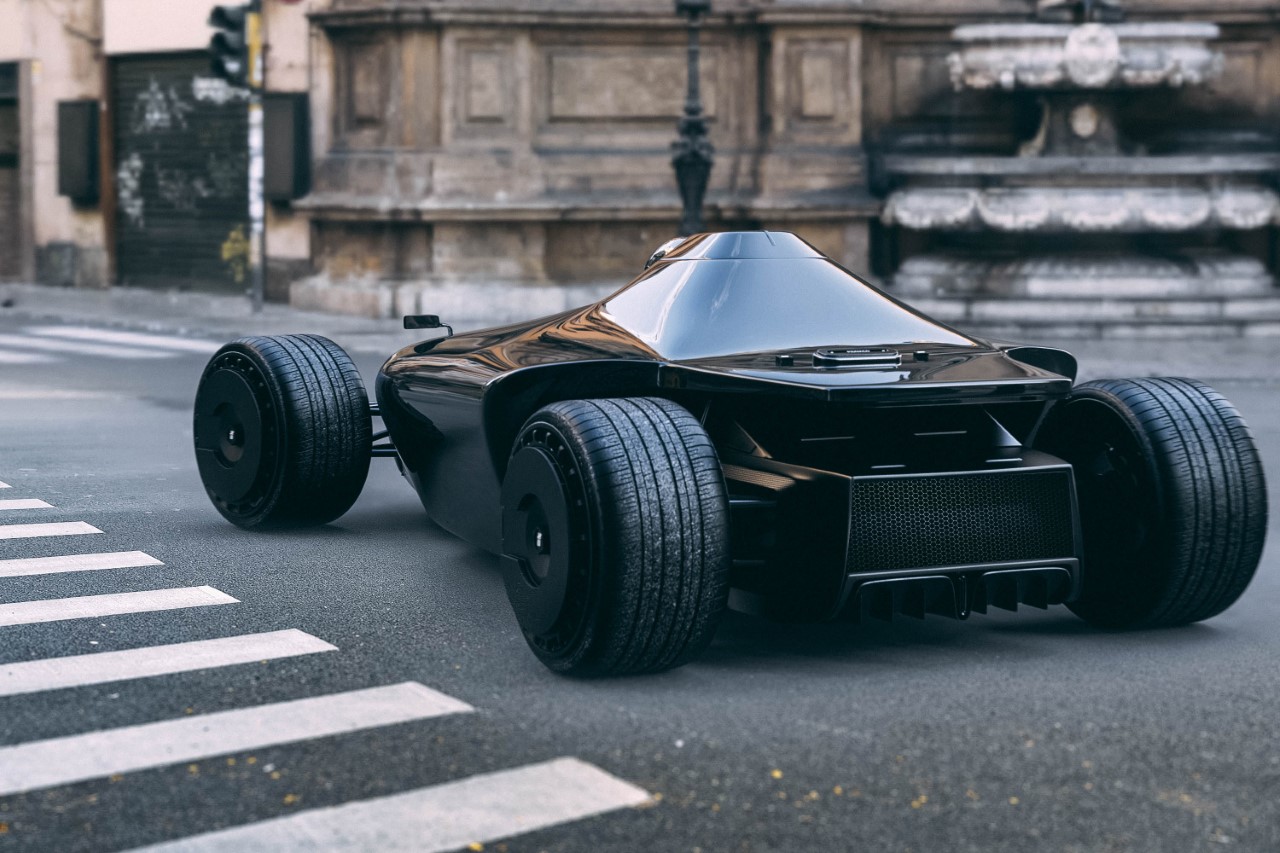 A lithe, lean beast of a machine, the single-seater racer outputs more than an average muscle car. It uses the same electric engine and LFP batteries as a Tesla Model S, which helps the Monaco output over 536 horses and 445 lb-ft of torque, going from 0-60 in 2.7 secs and covering 250 miles on a single charge – that’s an entire F1 race without worrying about battery levels. 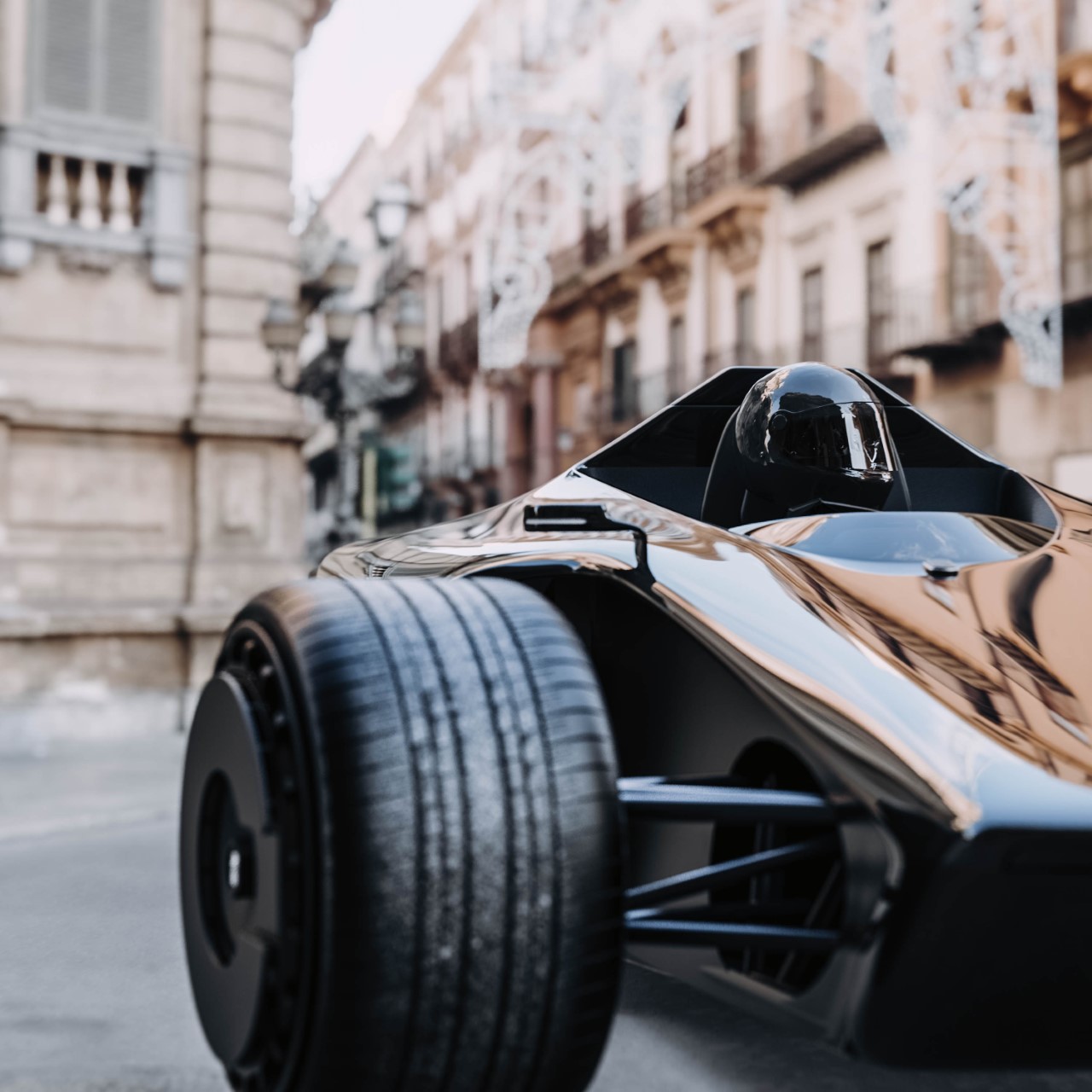 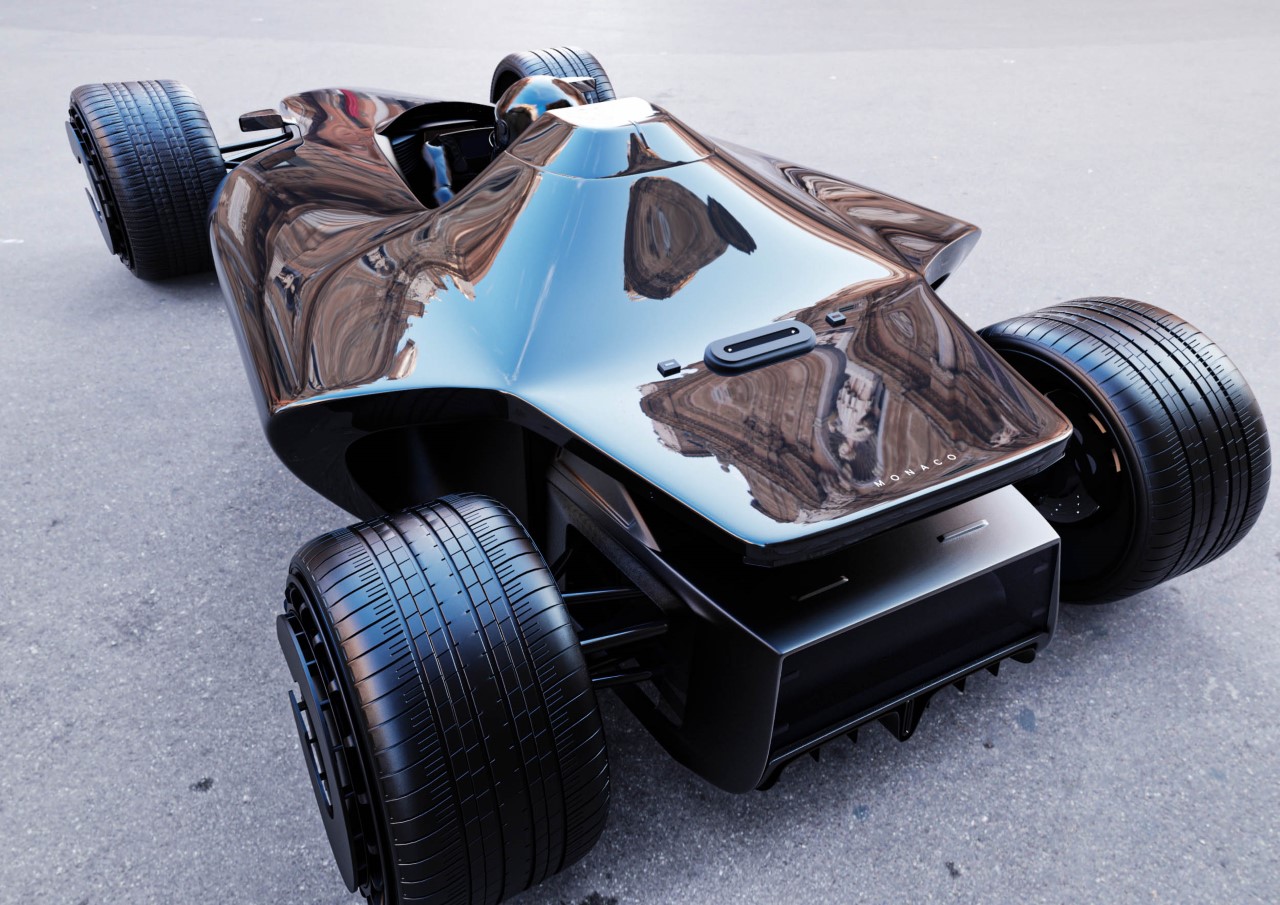 Designing a racecar is a challenge… designing an electric racecar is virtual martyrdom, however, the Monaco seems to have nailed that practically impossible brief. Like Formula 1 cars, the Monaco’s engine and batteries are positioned in the rear to transfer the immense power of the engine to the track. Their weight pushes the wheels into the ground providing more downforce and reducing the chances of wheel spin. And with the free space up front, that just gives the designer more freedom to create a gloriously aerodynamic nose that slices through the air like a lightsaber through cotton candy. 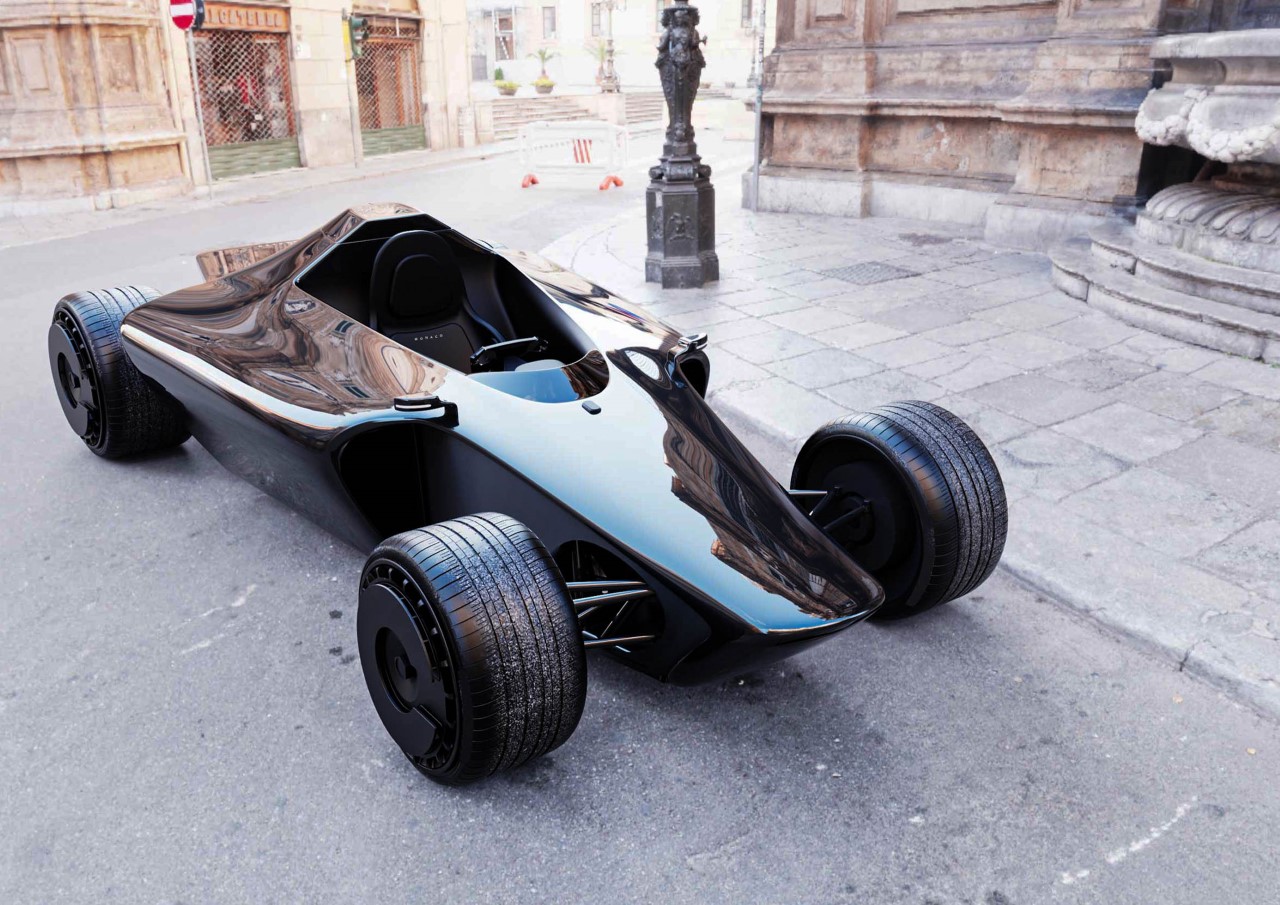 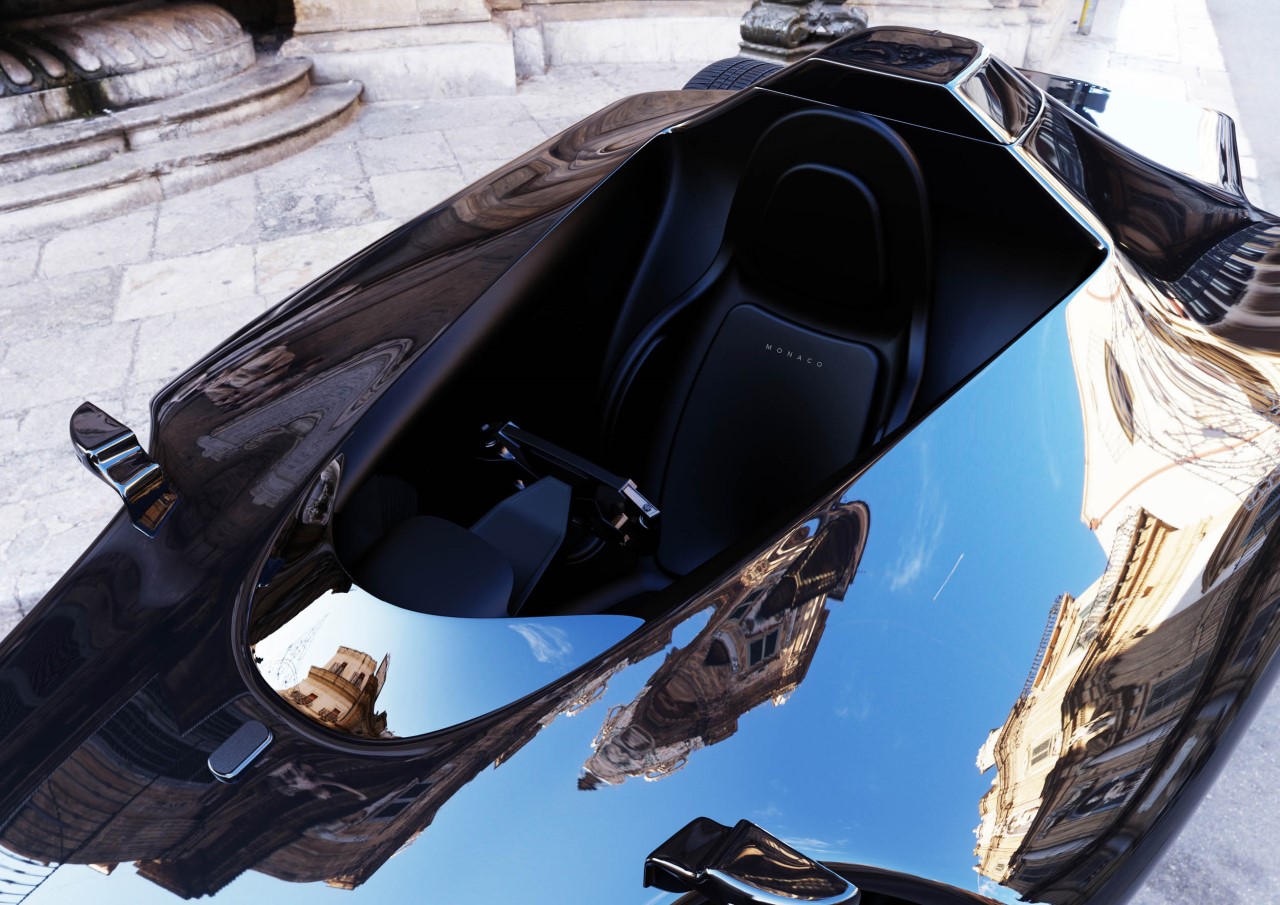 At its top speeds of 250km/h, the driver will experience up to 2 g’s when they accelerate and up to 4 g’s banking into corners or braking. The car’s cockpit, in that regard, feels more like sitting in the pilot’s seat of a fighter jet. “Like any athlete, you’ll have to train to maintain control”, the Bandit9 team says. 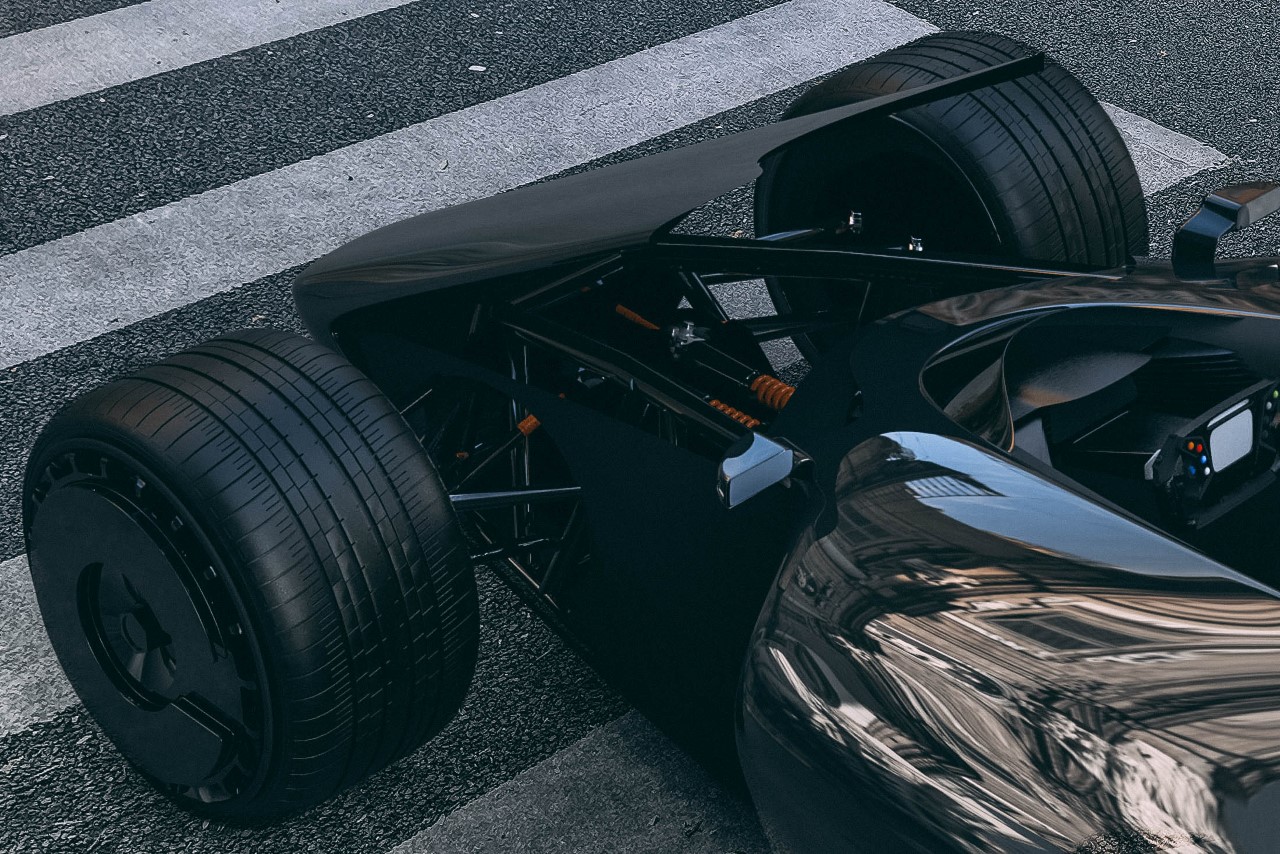 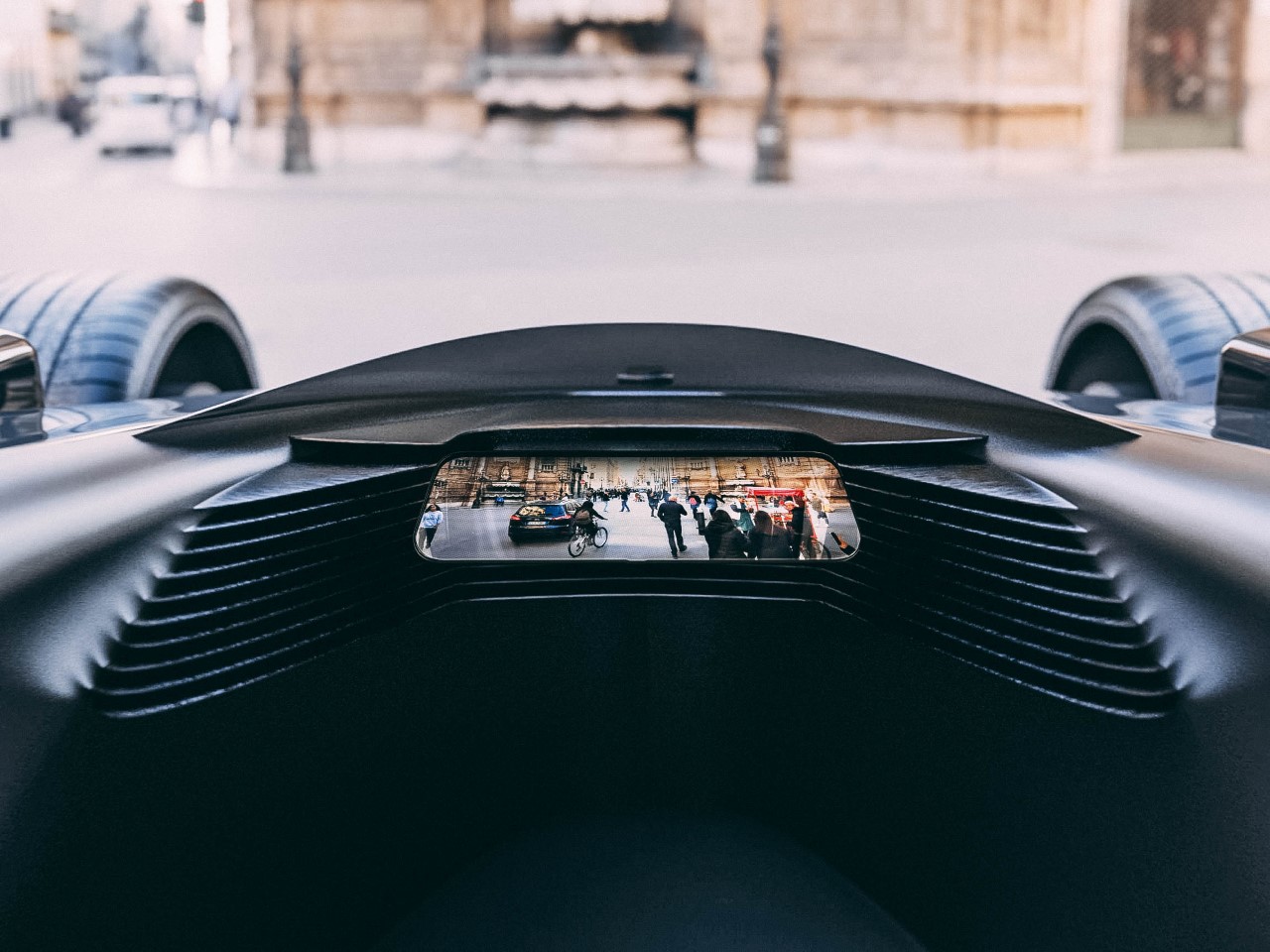 An ultrawide tactical camera outputs a panoramic rear view on the driver’s dashboard at 1080p with low latency, giving them a much clearer view of what’s behind them while they’re racing.

For people with deep pockets and a license to vroom, the Monaco starts at $150,000 USD and ships worldwide, with deliveries beginning in Q3 of 2023. Before that, the Bandit9 team is heading to the salt flats with a modified version of the Monaco to attempt a world record. Head to the Bandit9 website to know more about the car and its development… or even some of their drop-dead gorgeous motorcycles. 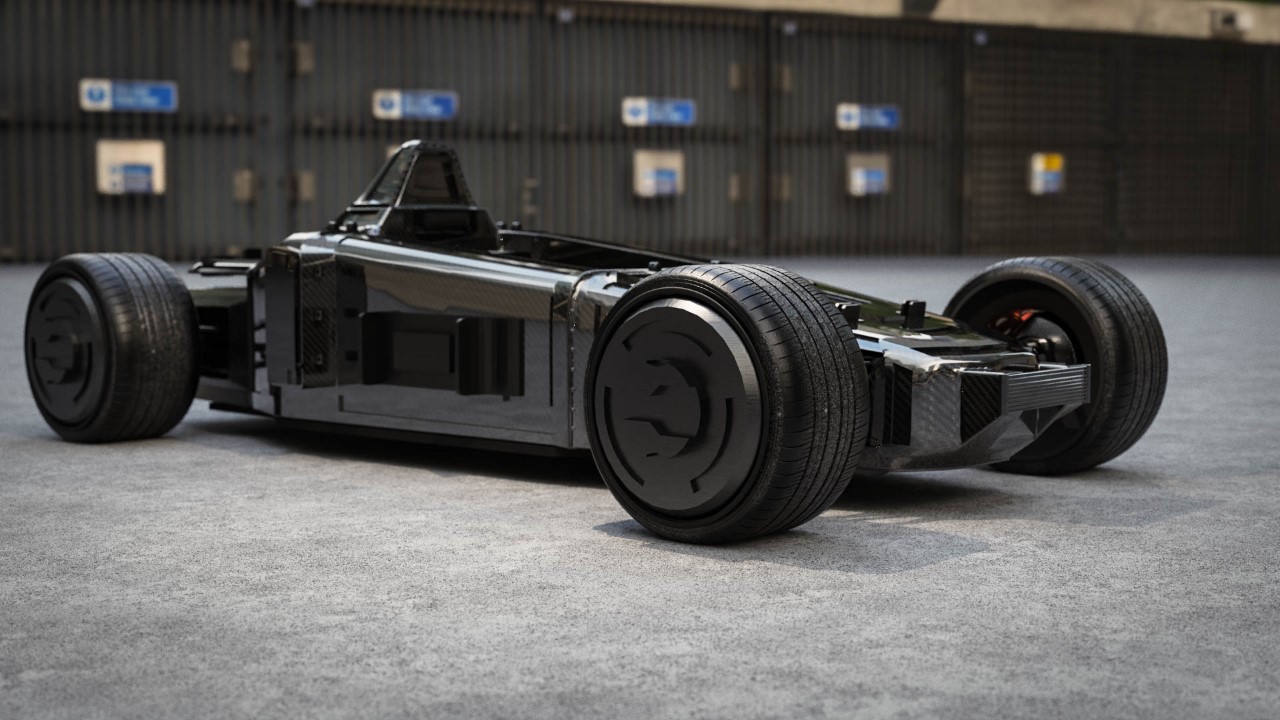 An Audi for your Wet Dreams

In my opinion, Audi exemplifies the essence of German minimalist elegance. Never known for pretentious or over the top designs, the Ingolstadt, Germany company has…

Dare I say, I like this Apple more than any post-Jobs release?! Despite being an exploration in automotive design and not tech gadgetry, its minimalism…

This DIY flatpack van conversion kit makes it easy to transform your van in a mobile camper overnight!

VanLab creates high-quality, flatpack DIY van conversion kits just like IKEA furniture kits so anyone can turn their van into a mobile camper. You just…

This Nissan all-electric camper is for couples who can’t resist winter expeditions!

The trend of campers is here to stay and it’s captivating more and more people by the day. The freedom to travel in a compact…