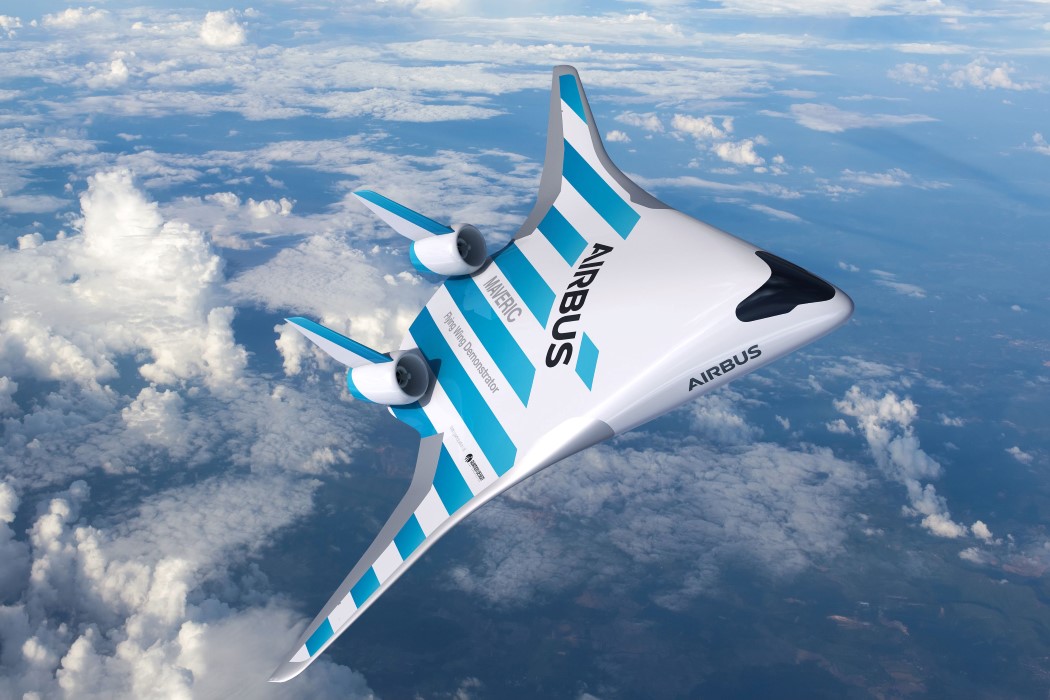 Before we address the Airbus MAVERIC’s unique blended-wing form, let’s take a minute to appreciate Airbus’s abbreviation skills and the fact that MAVERIC stands for Model Aircraft for Validation and Experimentation of Robust Innovative Controls.

Unveiled at this year’s Singapore Air Show, the Airbus MAVERIC features an almost singular form where the main body and wings blend into each other, rather than being visually distinct forms. This blended-wing design, according to Airbus, significantly helps reduce drag while increasing fuel efficiency by 20%. It even provides the aircraft with a larger cabin, allowing a smaller and much more efficient blended-wing body aircraft to compete with larger, regular aircrafts. Combine those factors together and the MAVERIC could dramatically increase the efficiency of air-travel, making it far more sustainable. On the inside, Airbus is leveraging a new take on interiors to make the in-flight experience enjoyable. Given that the windows on the MAVERIC are spaced further apart, thanks to the wider design, the cabin interiors are well lit and have higher ceilings to prevent feelings of claustrophobia. All seats are equipped with large infotainment modules too, to keep passengers occupied and entertained through the flight.

Airbus revealed a small, scaled-down demonstrable model of the MAVERIC at Singapore which they’ve been working on since 2017 and began testing just last year. The company says they intend on testing the model through Q2 of this year. “By testing disruptive aircraft configurations, Airbus is able to evaluate their potential as viable future products. Although there is no specific timeline for entry-into-service, this technological demonstrator could be instrumental in bringing about change in commercial aircraft architectures for an environmentally sustainable future for the aviation industry”, says Jean-Brice Dumont, executive VP of Engineering at Airbus. 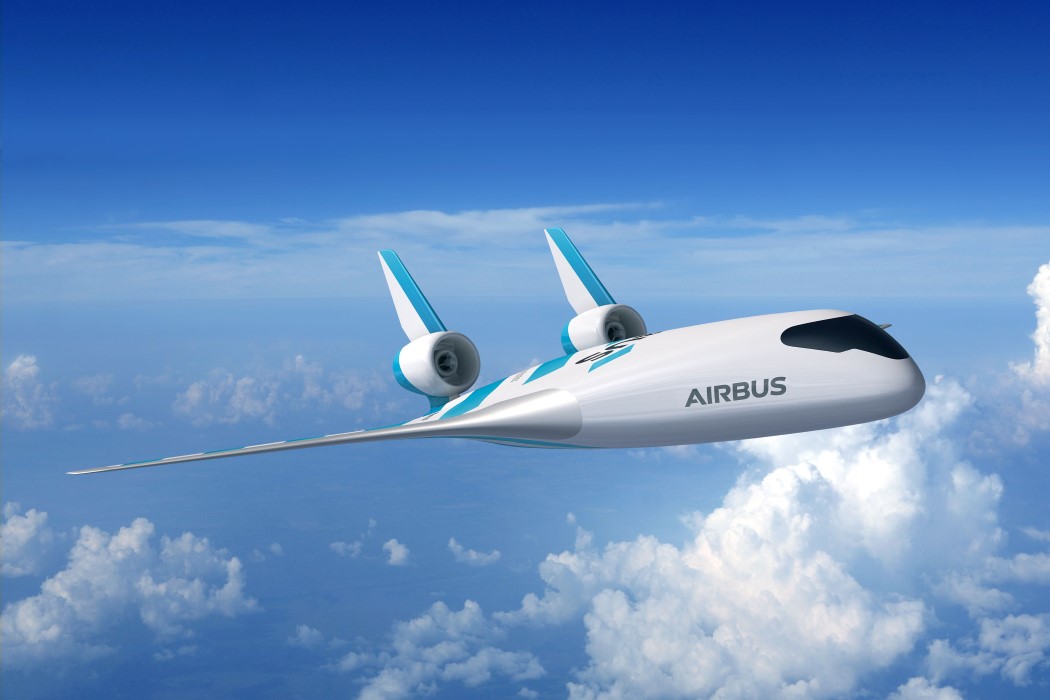 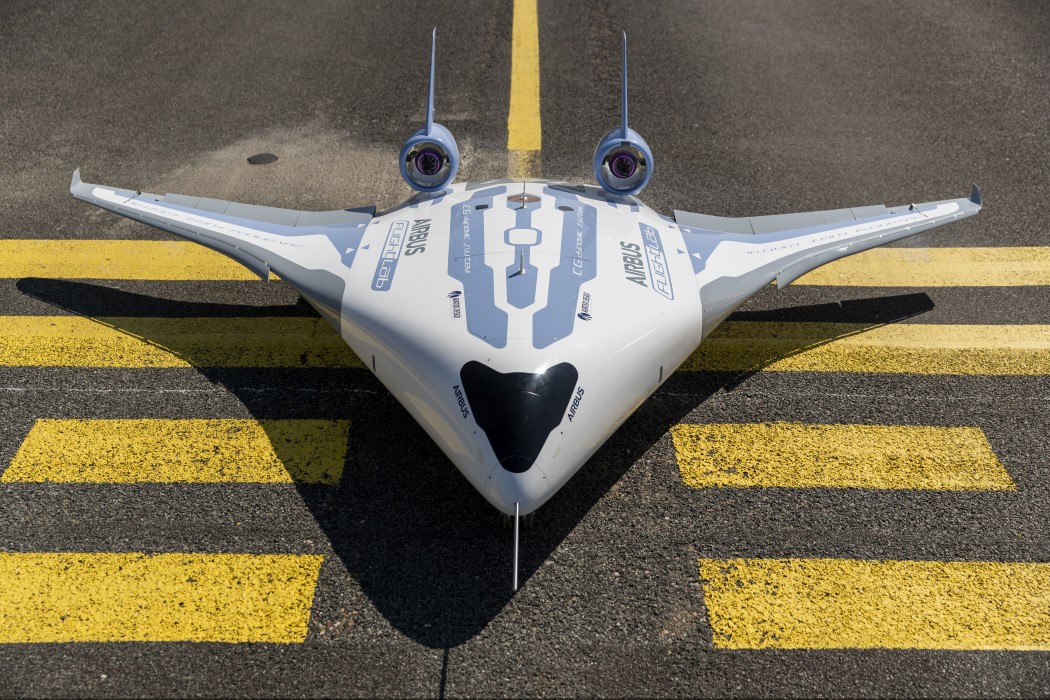 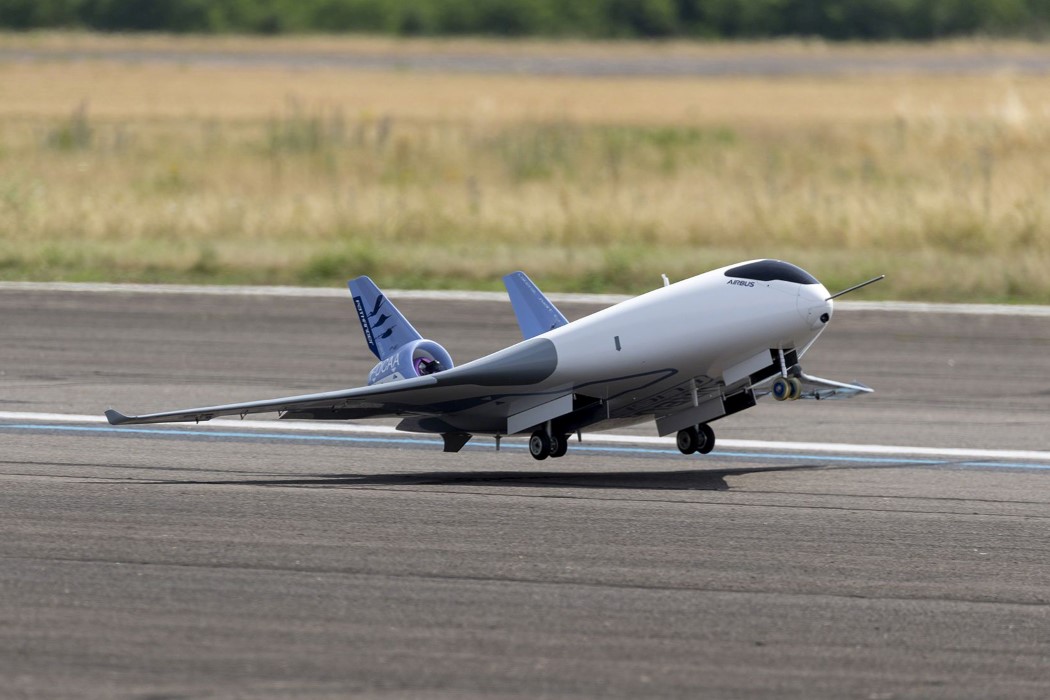 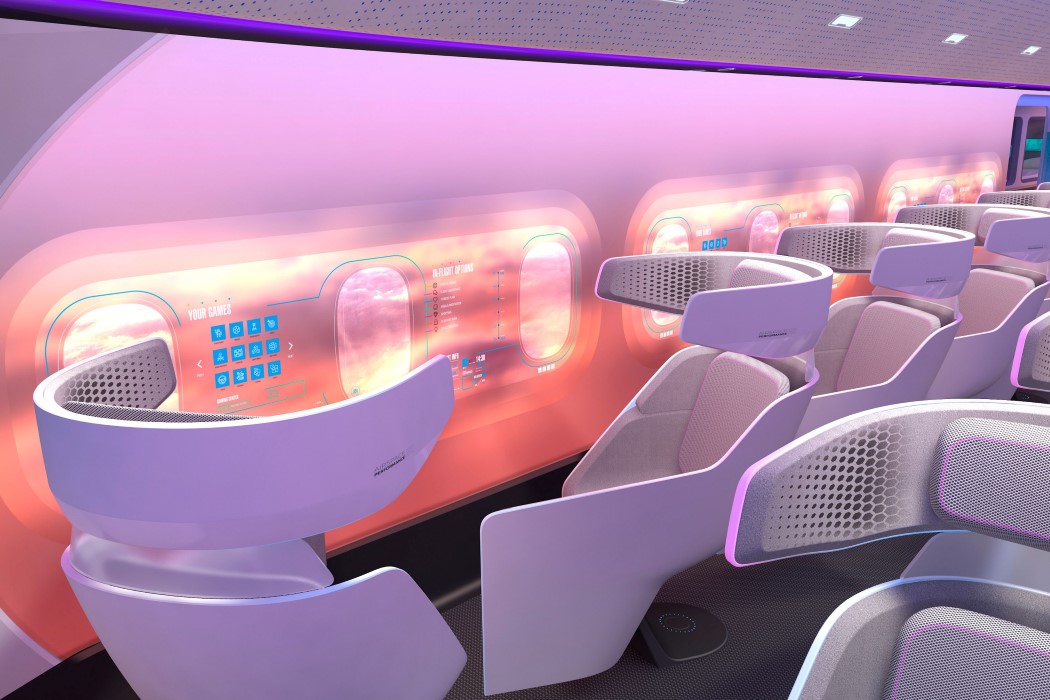 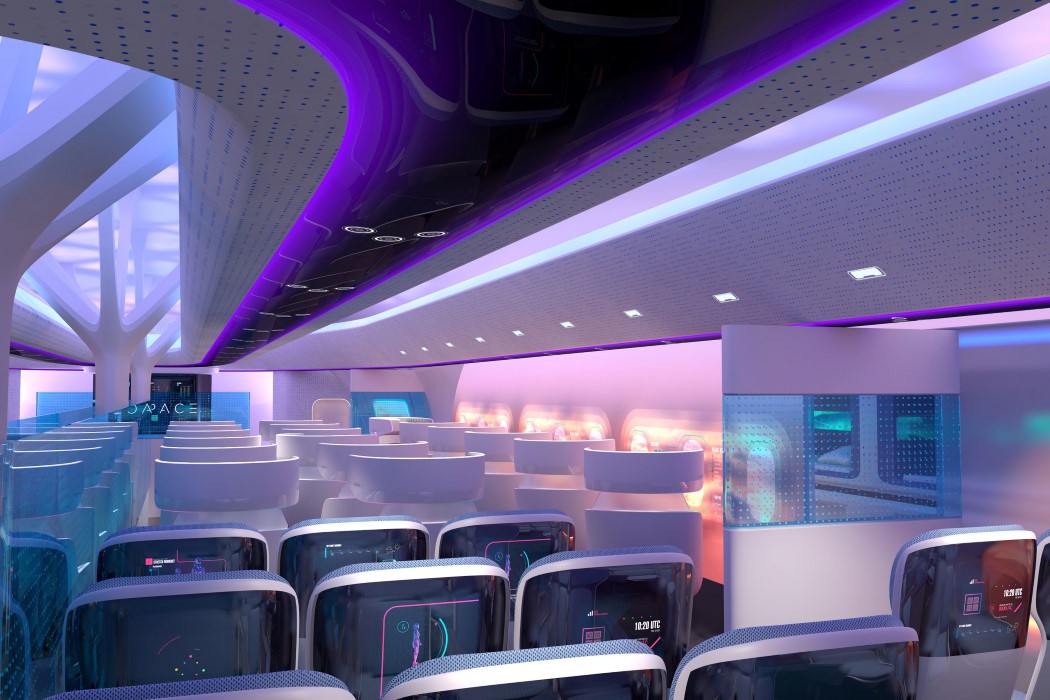 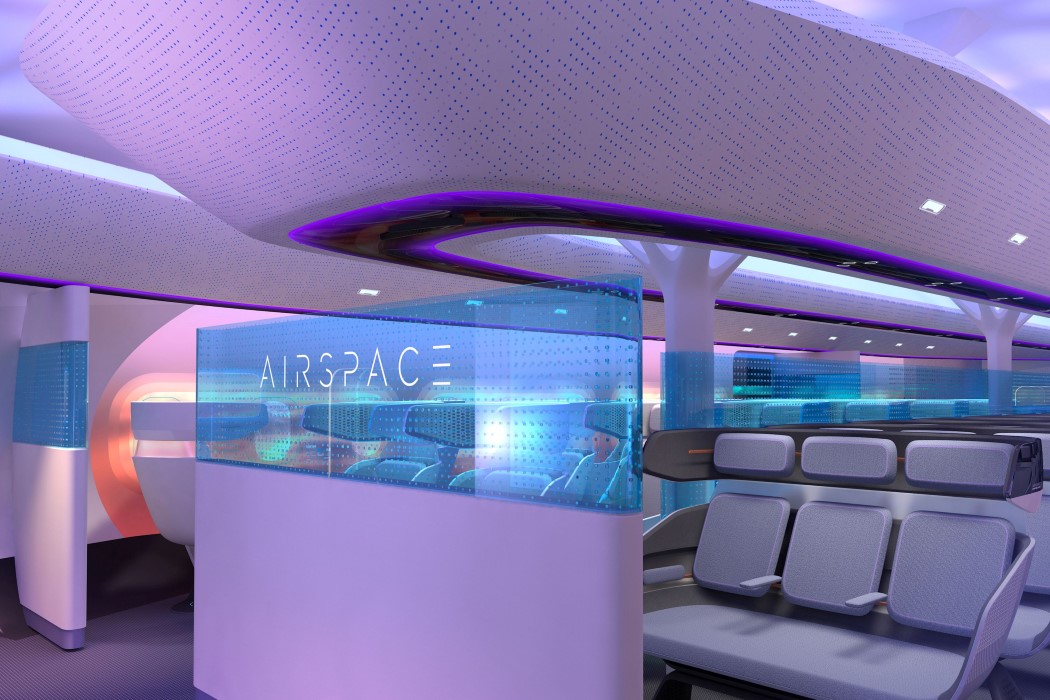 This Tesla Cybertruck-inspired moonracer is designed for exploration + fun on Tweel wheels!

While Mars remains the ultimate inhabitable destination for mankind, the moon’s surface is still unexplored. Rover missions to Mars have uncovered the secrets of the…

With the digital age in full swing, we no longer have to leave our homes to find new experiences. As powerful as alternative reality may…

The COVID-19 pandemic has changed a lot of things in the world, including how we envision tomorrow’s cars. Self-driving cars were, at one point, the…