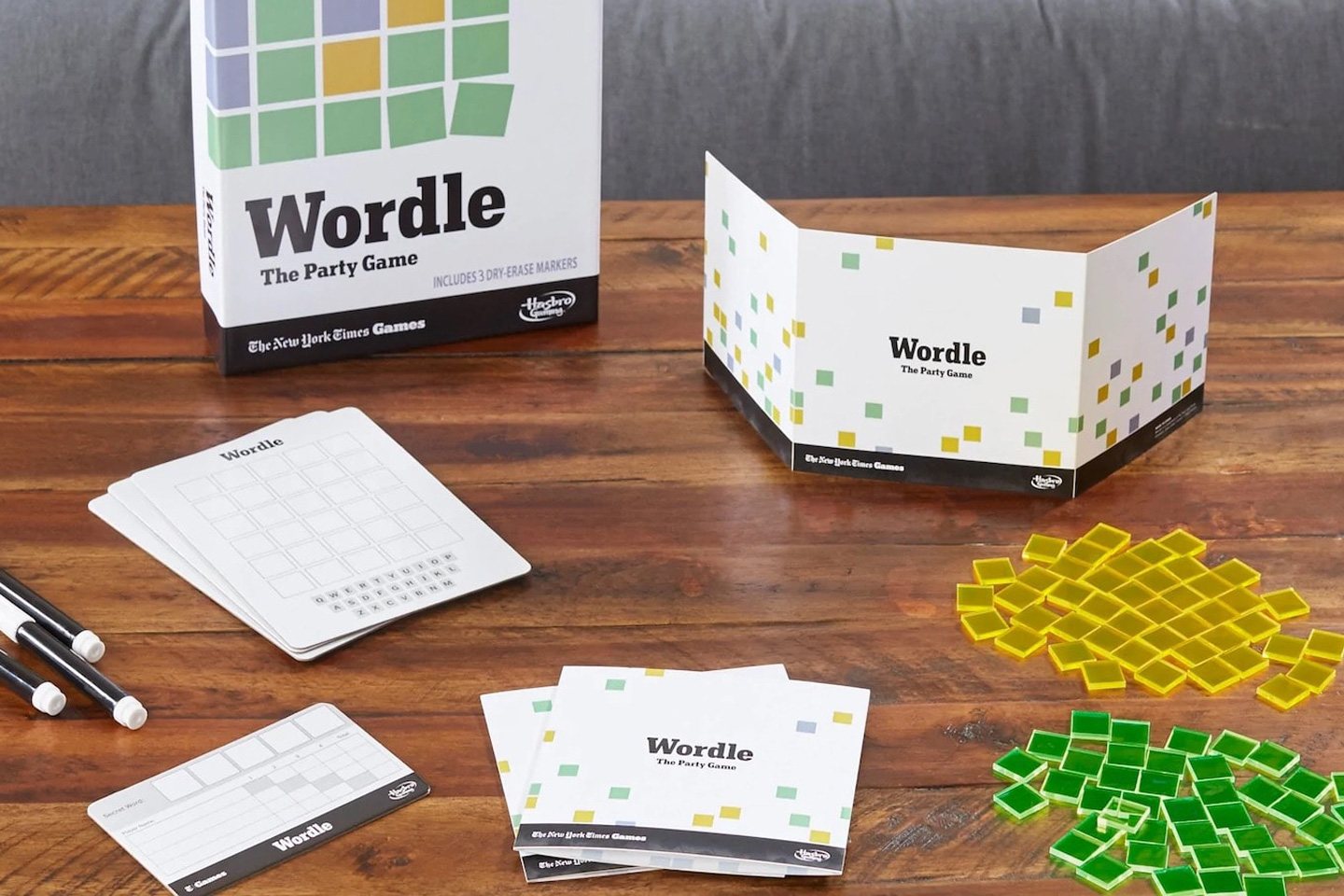 While the app may have gotten acquired and somewhat died down in initial wild popularity, the WORDLE board game provides the same thrill as its virtual counterpart… however, it takes the solo game and turns it into a fast-paced and fun game for 2-4 players! Here’s the best part – you can play it as many times as you want without having to wait 24 hours for the levels to reset! 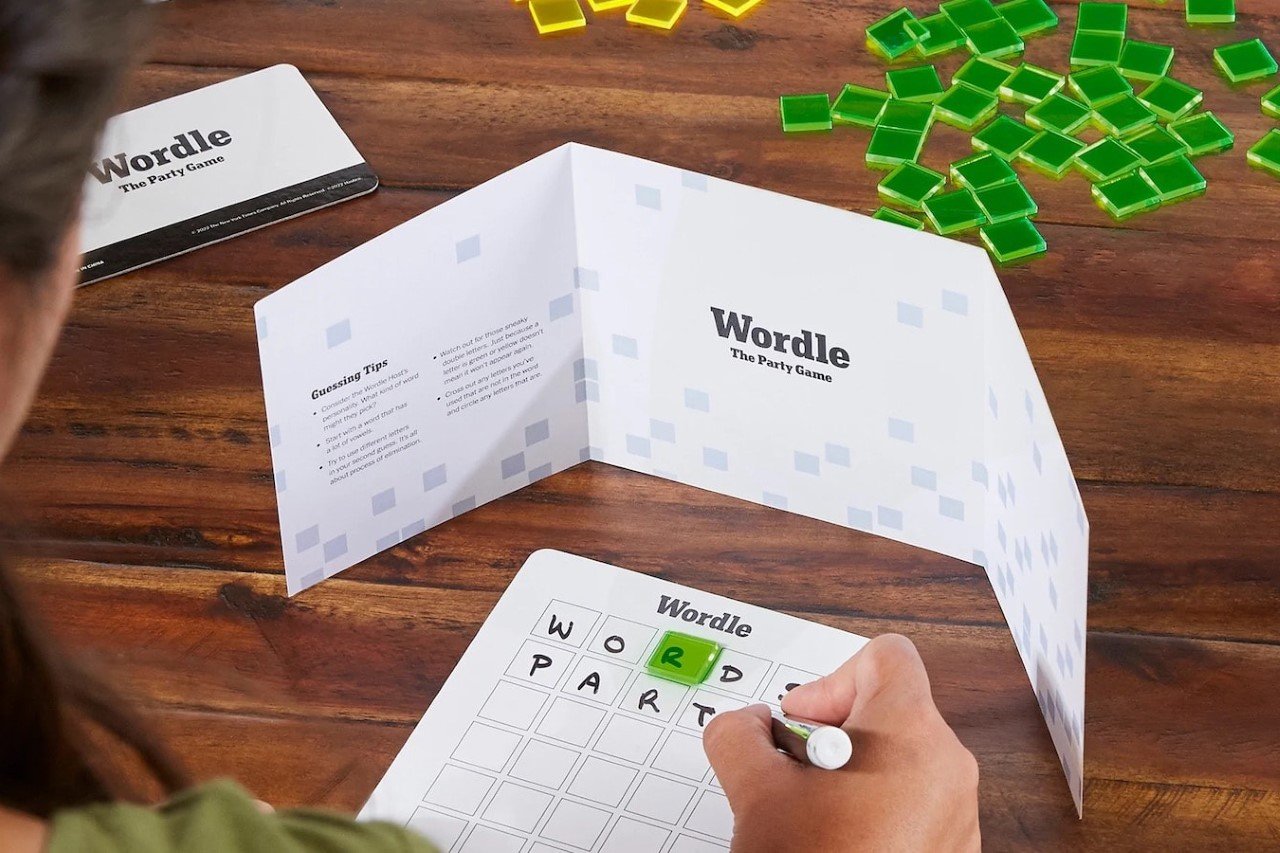 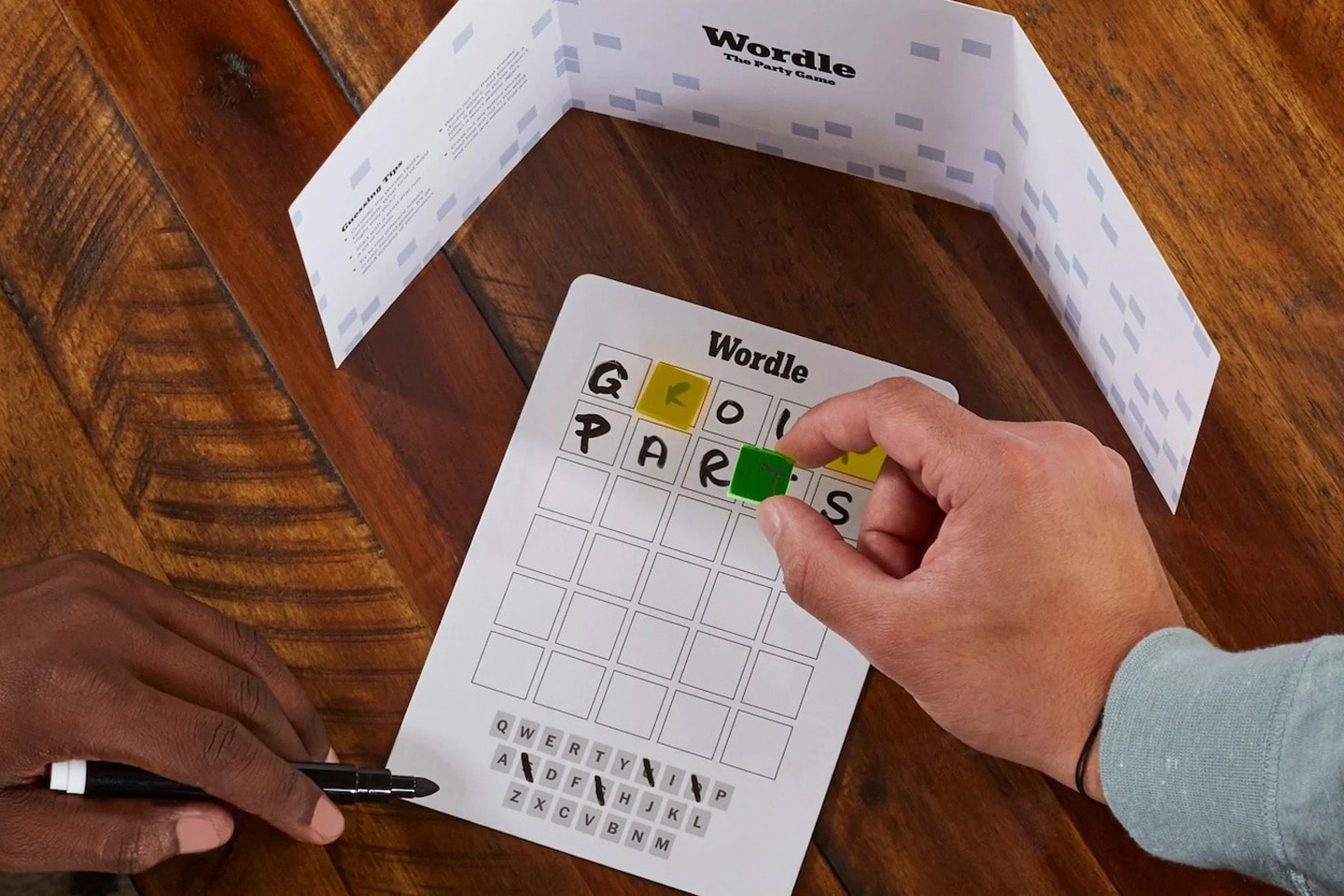 If you haven’t been consumed by Wordle’s craze in the first half of 2021 (probably because you were living under a large boulder), here’s how it’s played. You’re given 6 tries to guess the 5-lettered Wordle of the day. You start completely clueless, and with each subsequent guess, you’re given clues about what the word can be. When your word features yellow highlighted letters, it means you’ve got the characters right, but in the wrong order. A green highlight confirms the right character in the right place. Characters (like vowels) can be repeated, so that’s something to remember. The idea is to guess the word before you exhaust your 6 tries.

The board game works the same way, although it requires one player to provide the Wordle while the others guess it. Answers are recorded on a dry-erase card with a whiteboard marker, and translucent yellow and green tiles are awarded to players based on their guesses. Each player also gets a paper shield to prevent others from cheating. 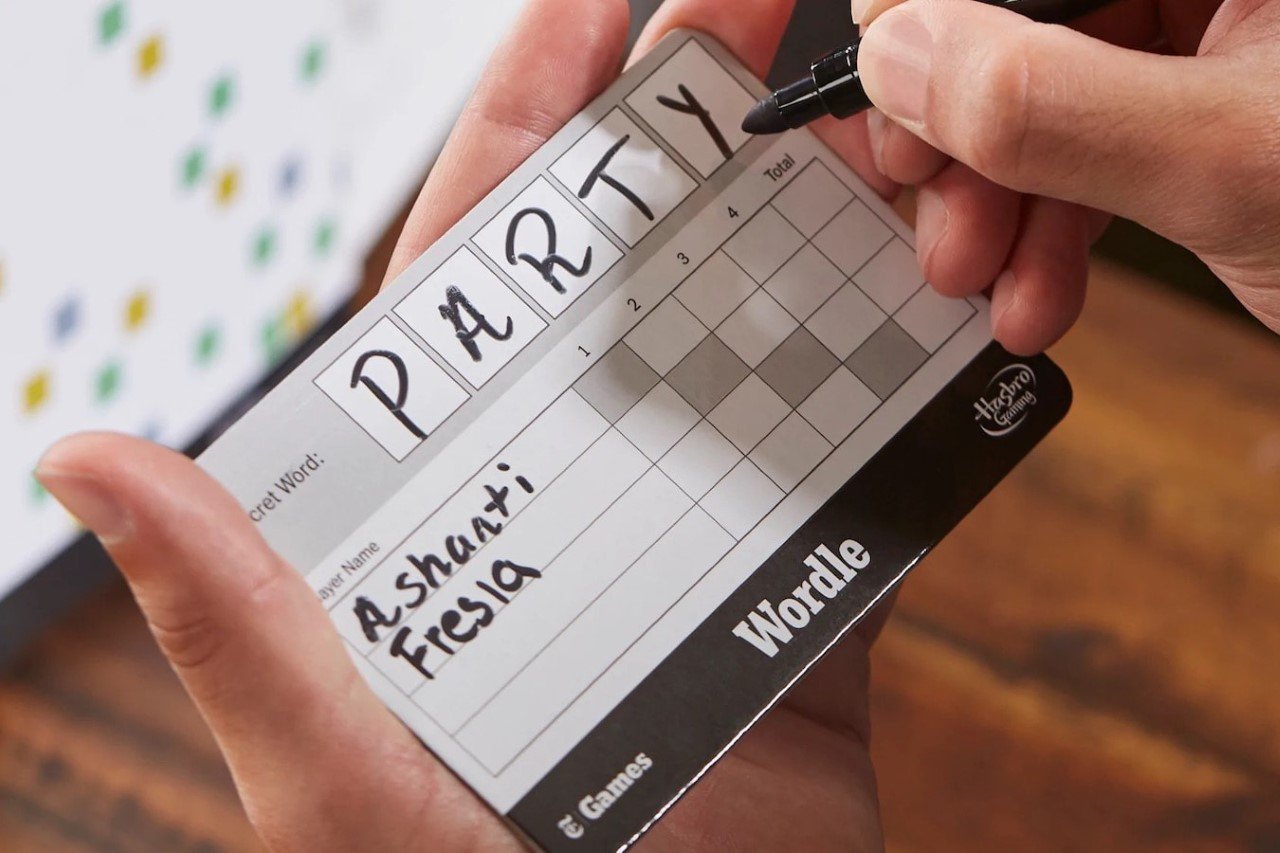 A unique characteristic of the Wordle app was the fact that it could only be played once a day. Each day revealed a new ‘Wordle of the day’, and everyone guessed it without cheating by looking up the answer on the internet. You could even share your score with people via social media by broadcasting the yellow and green square grid (the more green and the lesser rows, the better).

The board game doesn’t let you gloat online the way the app does, but it DOES let you play as many times as you want! Supporting as many as 4 players, each can take turns deciding the Wordle for that specific round, while others guess away. Player scores are recorded on a score card, and the player with the highest score gets bragging rights for being the undisputed Wordle champ! 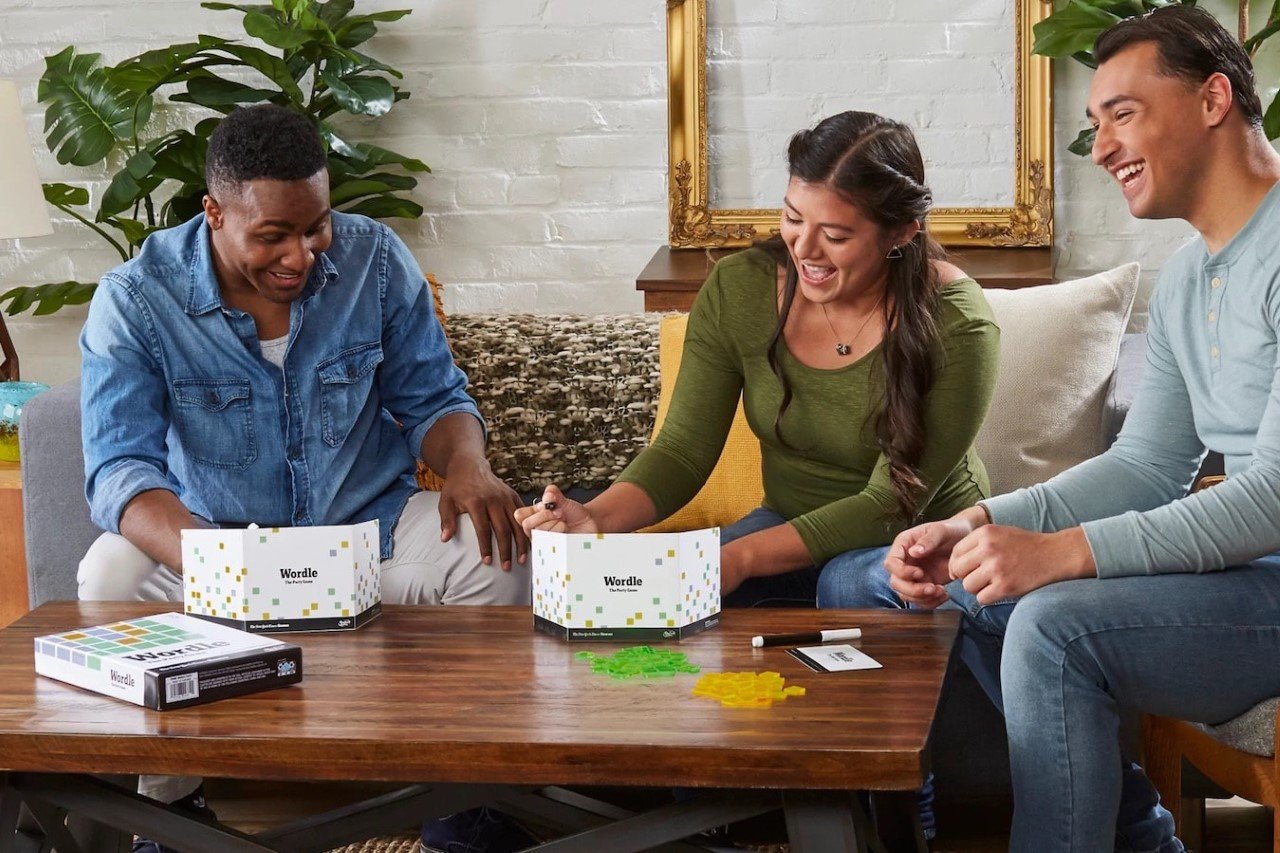 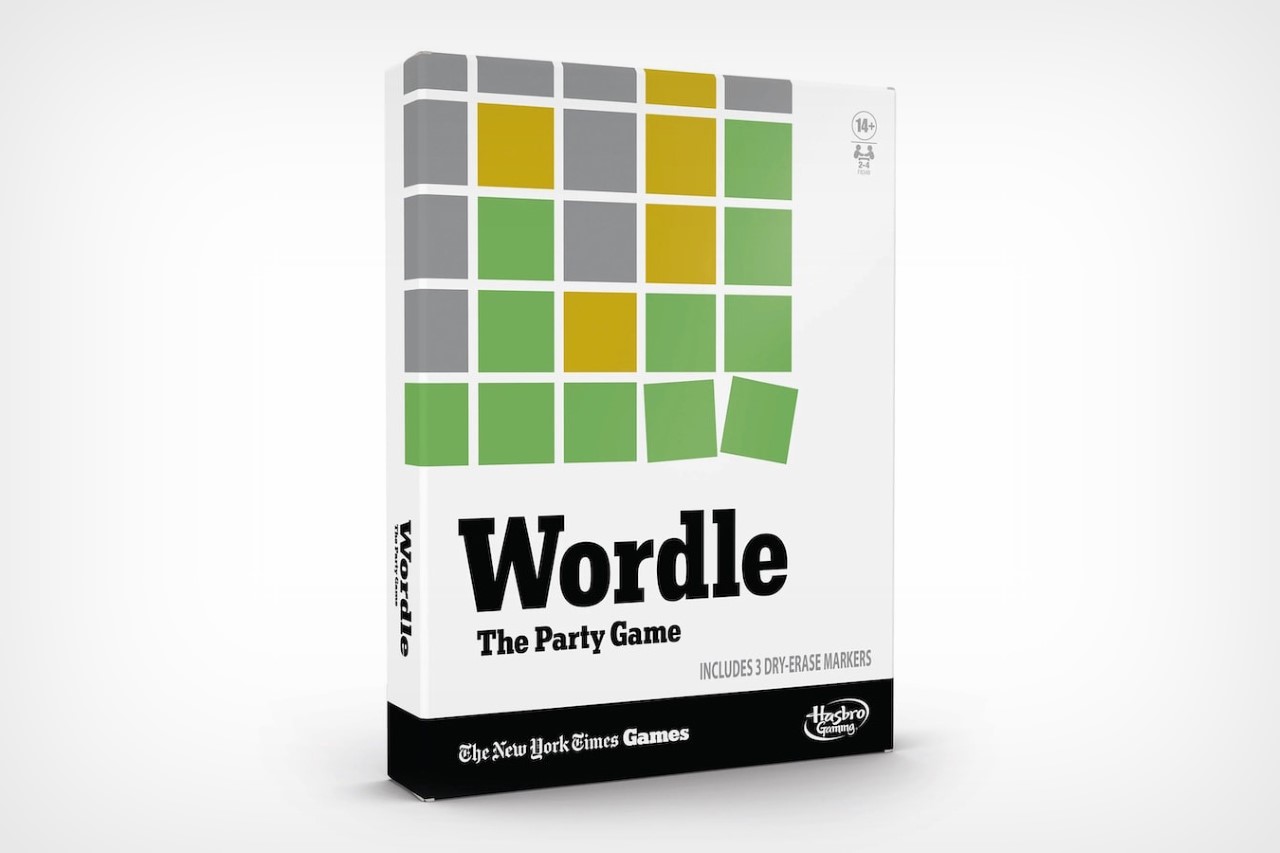 Make you Feel on ‘Top’ of the World!

You probably think I’m going to make an Inception reference, but I’m not! Let’s move beyond stating the obvious and talk about the Foreverspin. Our…

The Aria are Airpods you can use in the shower

It may seem like quite a closely contended match between different earbuds and the companies making them. Each of them have their own USPs. Some…

Ever wondered what Aquaman feels like? This electric pool-scooter gives you a taste!

https://www.kickstarter.com/projects/swimn/swimn-s1-the-amazing-powered-kickboard You’ve got to give props to SWIMN S1 for making swimming even more fun than it currently is. With a 250W motor under its…