Since its foundation in 1976, Apple has been always been at the peak of modern innovation! And let’s take a moment to appreciate all the awesome products and inspiration Apple has provided us with. The groundbreaking tech giant never fails to surprise us, we always find ourselves biting our nails and squirming with curiosity, whenever Apple announces a new product launch! Their ingenious and mesmerizing designs and design philosophy have inspired and influenced designers all over the world, resulting in some pretty unique Apple concepts! These Apple-inspired designs are the best of the lot and a dream for every Apple lover. Although we’re pretty satisfied after Apple’s latest launches, we can’t help but just hope that Apple converts these into a reality soon as well! 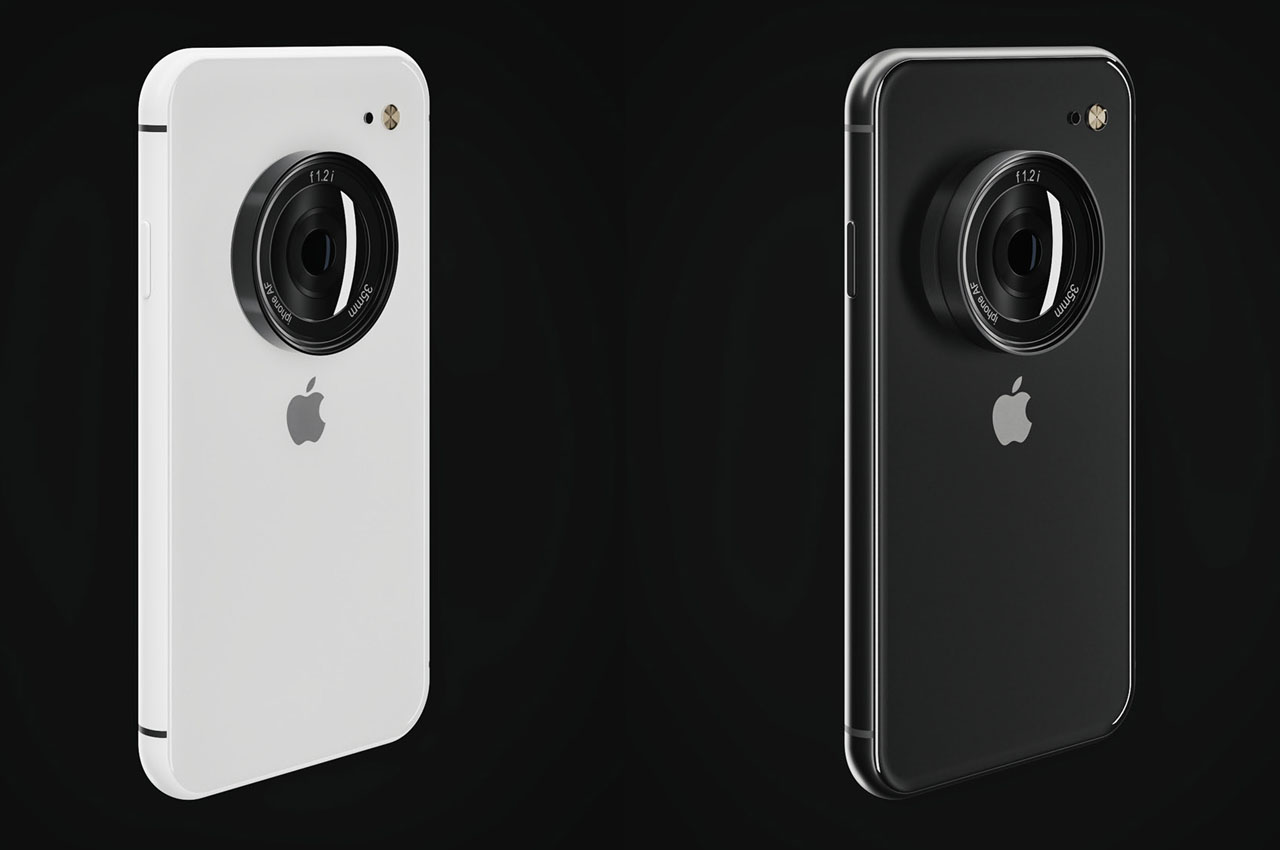 How the next exciting iPhone will look is anybody’s guess, for now, to be frank, but industrial designer Laci Lacko believes it could be a radical leap with its roots tracing back to the iPhone 7 series. That similar rounded side design lends it a thin feel in hand. Surprisingly, the designer doesn’t give us a peek into the front of the device, but going by the rumor mill, it should have minimal (as compared to iPhone 13) or no notch at all. What’s highlighted in this concept phone is the rear camera module. A big protruding single 35mm lens setup that has an f1.2 i aperture sensor promises the ultimate photography experience. Something comparable to a DSLR. 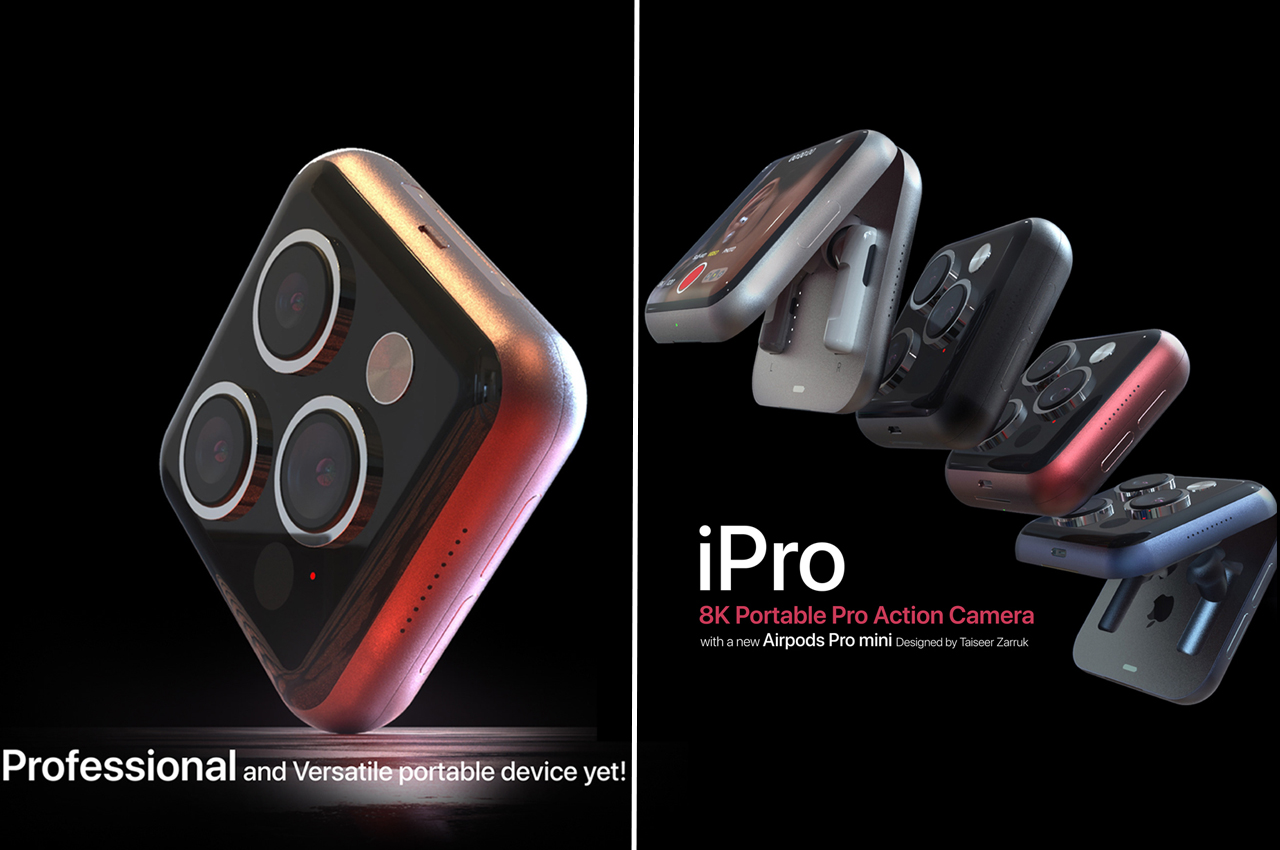 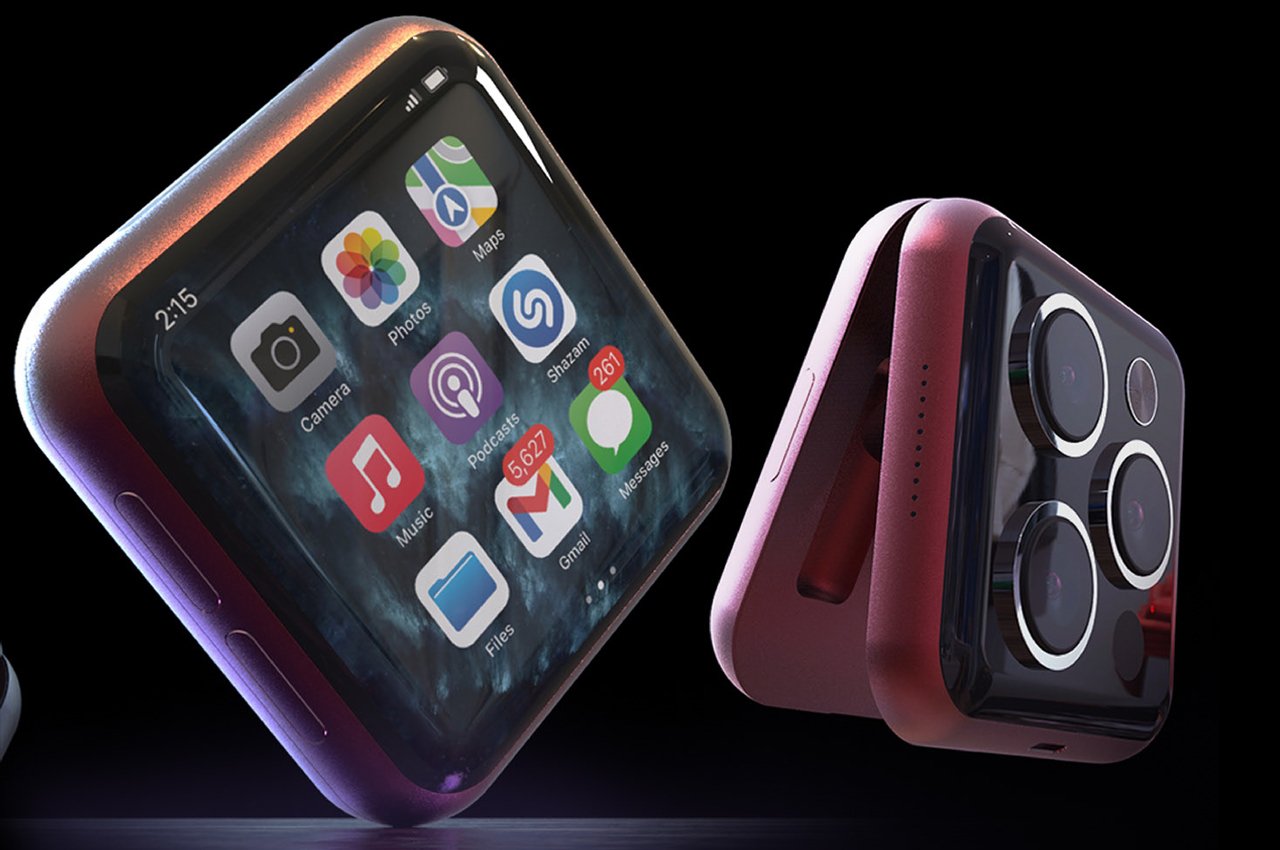 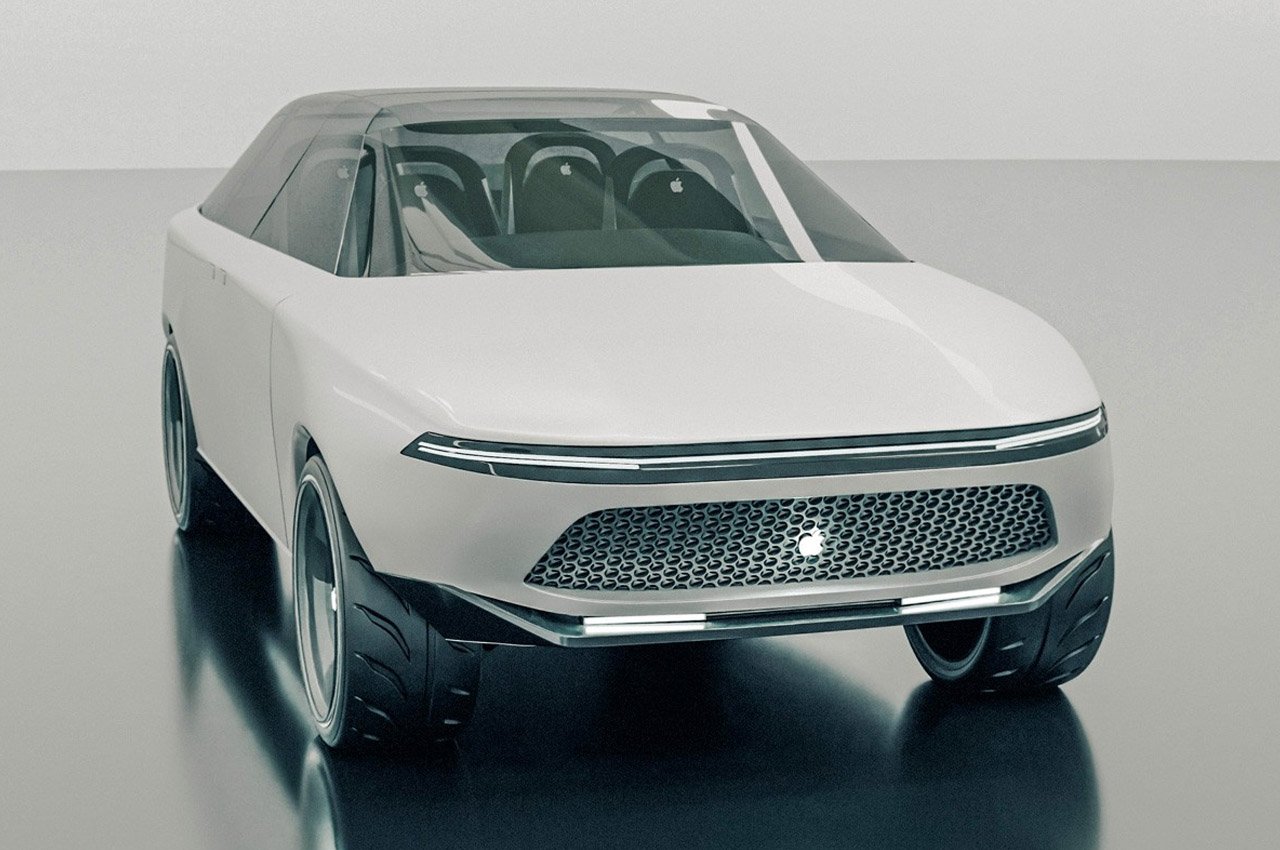 The concept renderings looking a tad inspired by the Cybertruck and Model 3 are quite detailed as they showcase the Apple Car in all its glory from the exterior as well as the interior. The pillarless design of the glass cover (with the sunroof and windshields) stems from the US10384519B1 patent that revolves around the philosophy of creating a vehicle sans the need to extend the chassis above the doors. The adaptive doors come courtesy of the patent US10384519B1. The interiors are also not left to chance as the large touch display extends across the dashboard thanks to the Patent US20200214148A1 inspiration. 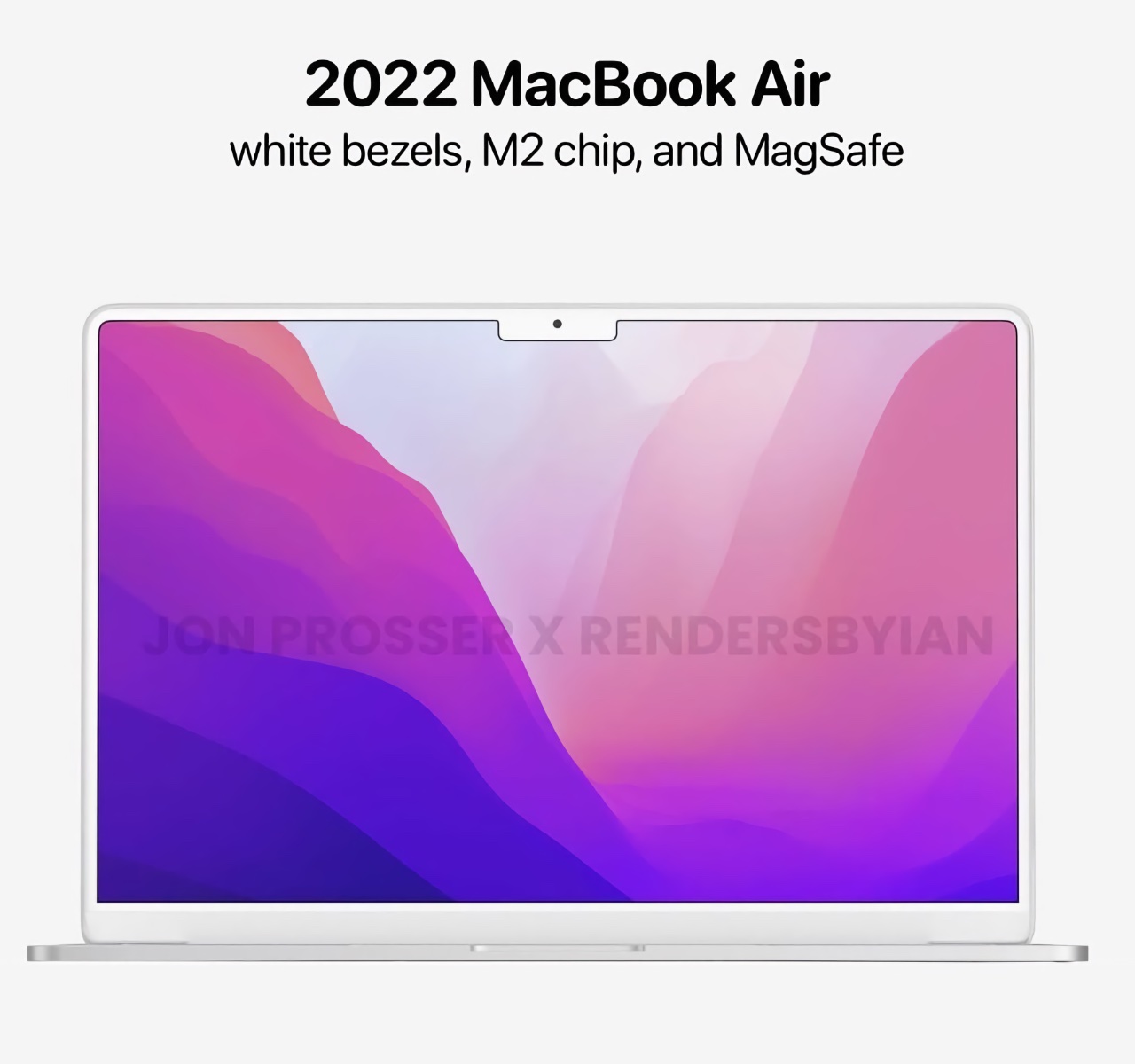 Whispers in the air, and leaker Dylandkt says that the 2022 MacBook Air will be more similar to the newly launched MacBook Pro models than we think. It’ll feature a thinner and sleeker design, a shiny white keyboard and bezels, MagSafe, multiple USB-C ports, and a 1080p camera. It will also be available in a variety of color options, similar to the ones you have for the 24″ iMac. It may also feature a notch and an impressive 60Hz Mini-LED display. This amazing render was created by @rendersbyian. 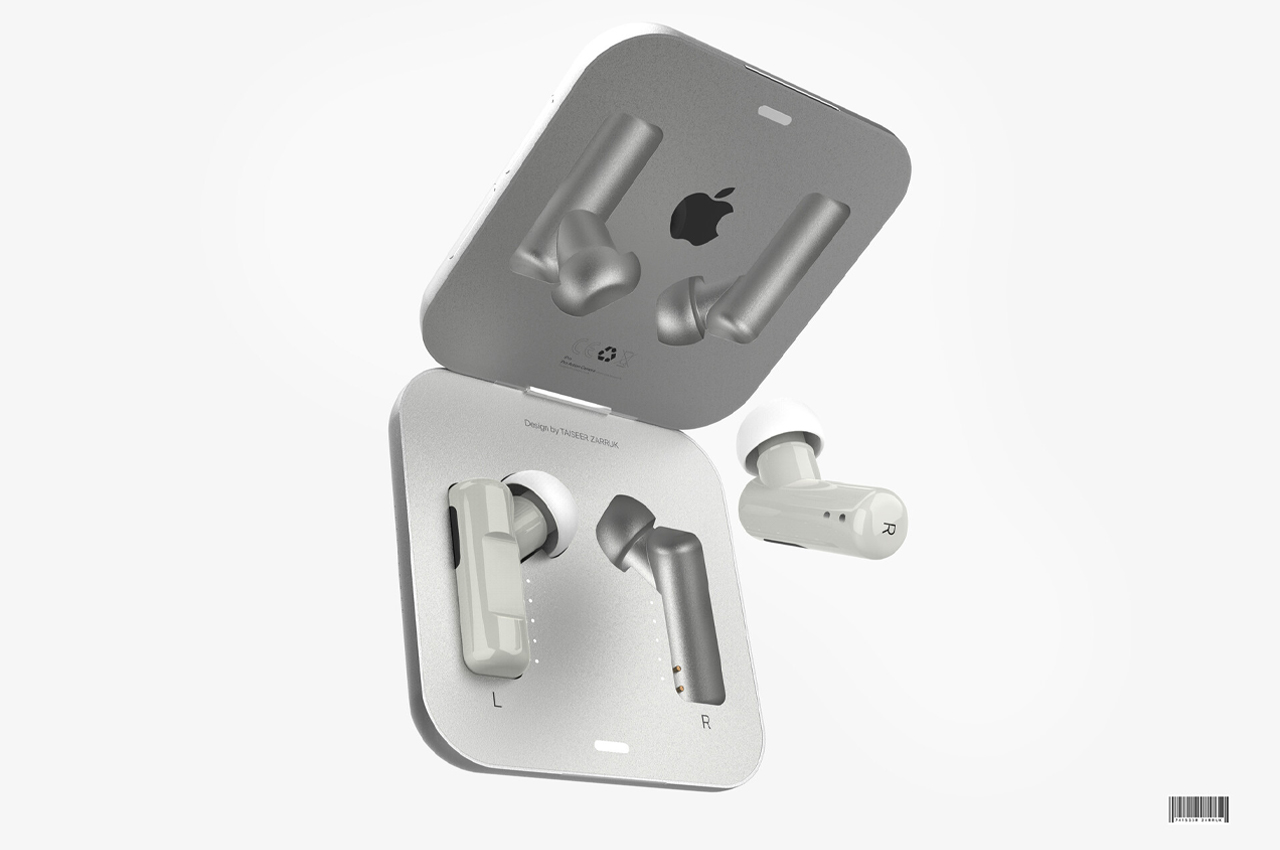 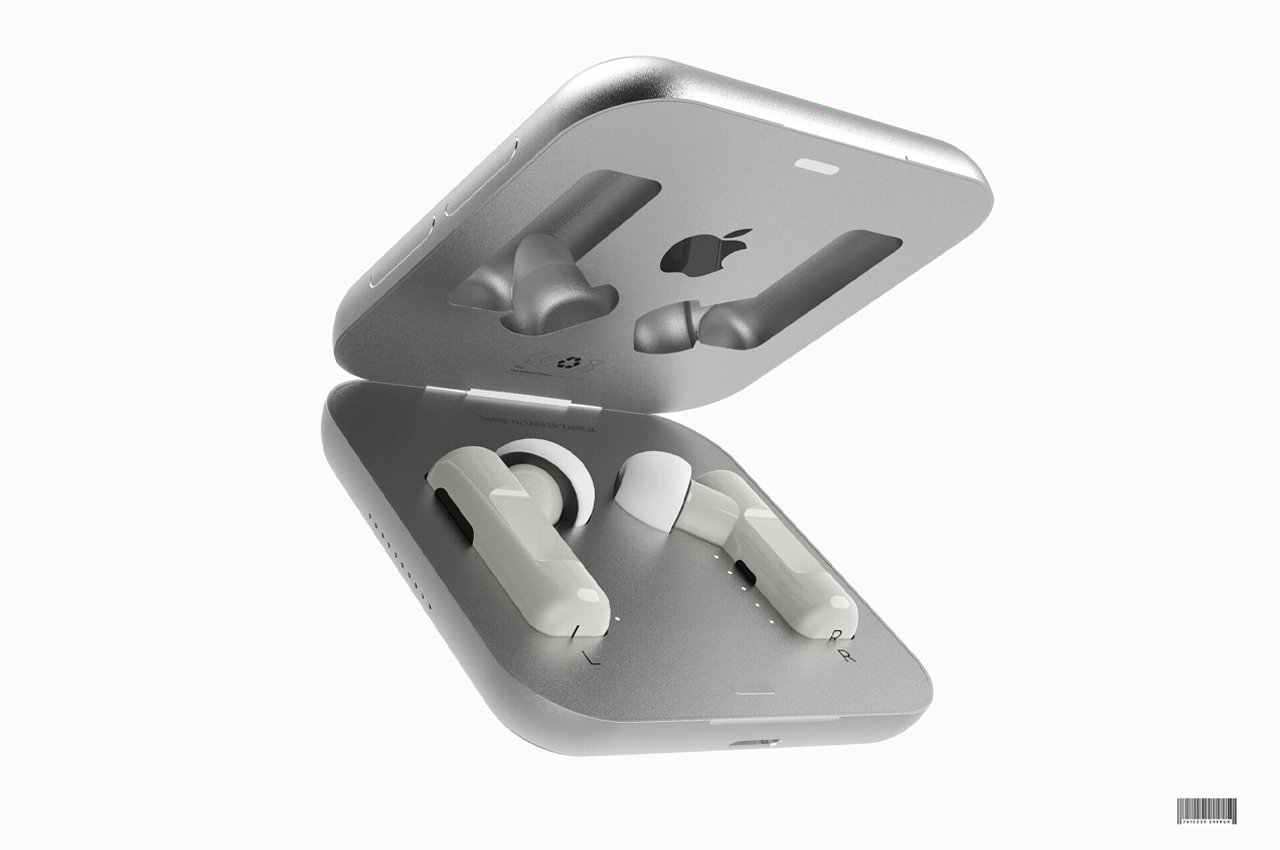 Inspired by the iconic design language of Apple, 3D artist, and graphic designer Zarruck Taiseer conceptualized a pair of AirPods Pro that scale down the current model to the size of a bean. From its charging case to its silicone earbud covers, everything about Taiseer’s mini AirPods Pro concept is sleek in stainless steel and Polly Pocket-sized. One problem this concept does fix about the current model of AirPods on the market is the bulkiness of its charging case. Taiseer’s mini AirPods Pro concept slims down the charging case to match the side of a half-finished stack of mini Post-Its. 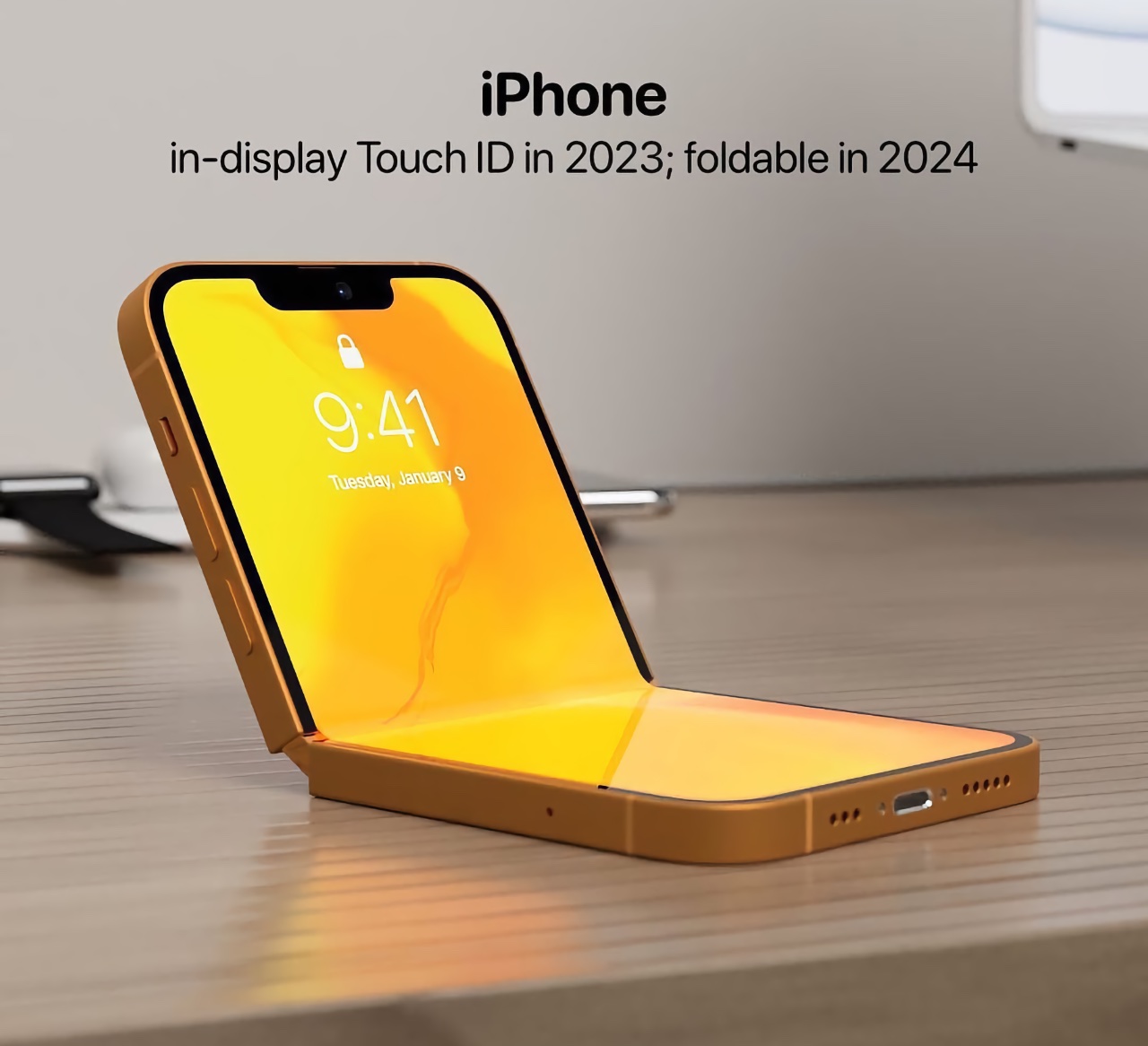 Analyst Ming-Chi Kuo predicts that Apple will introduce its first foldable iPhone in 2024! This render by @atuos_user showcases a bright yellow iPhone that folds perfectly in half, almost like a flip phone from the 90s. He also expects Apple to introduce the in-display Touch ID by 2023, so we can expect to see this feature in the 2024 foldable iPhone as well! 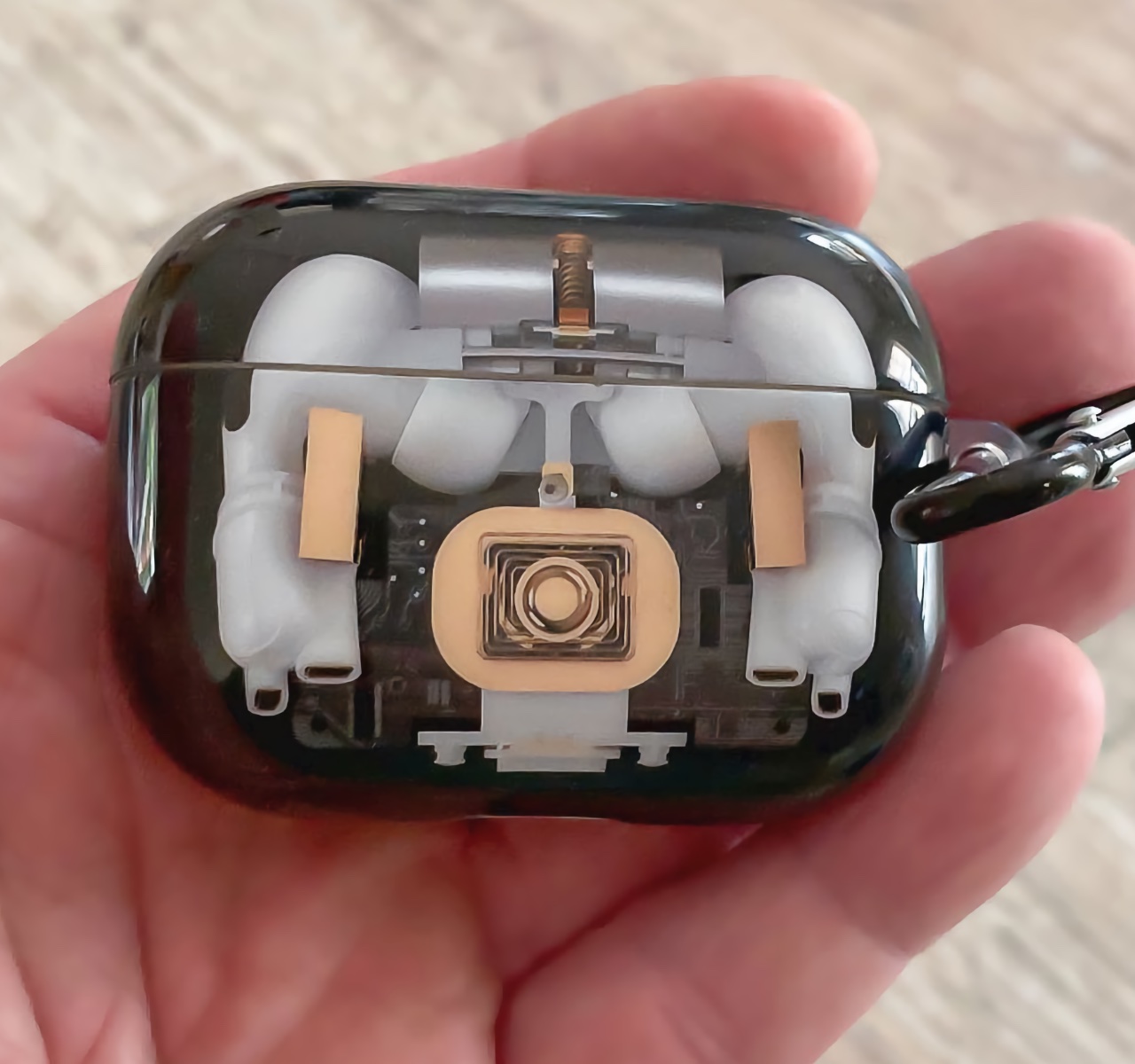 A transparent case for the Apple AirPods Pro? Sounds like a pretty tempting concept to me. This unique render by @appledsign features a transparent case with a black undertone, that allows you to admire your precious AirPods anytime anywhere. Could this be a potential upcoming product? I think so. 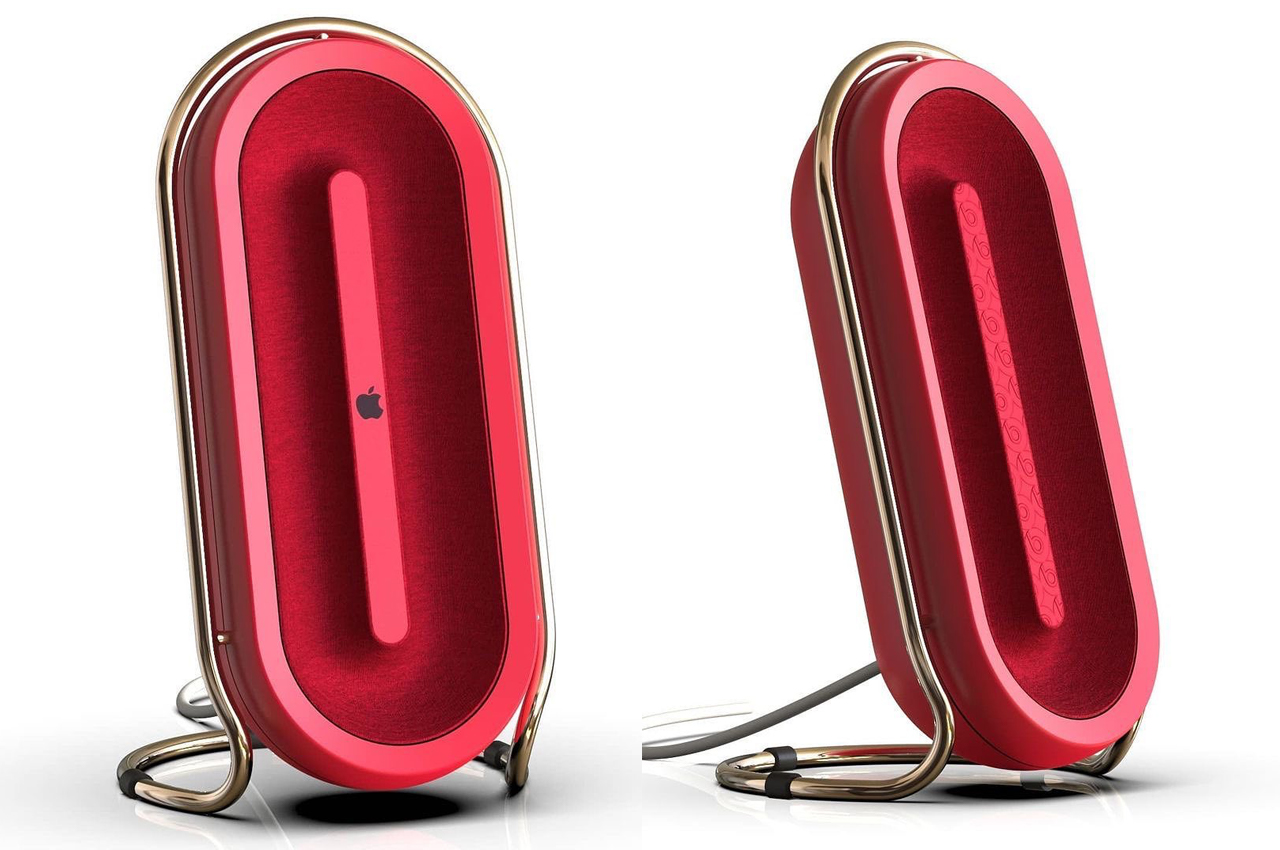 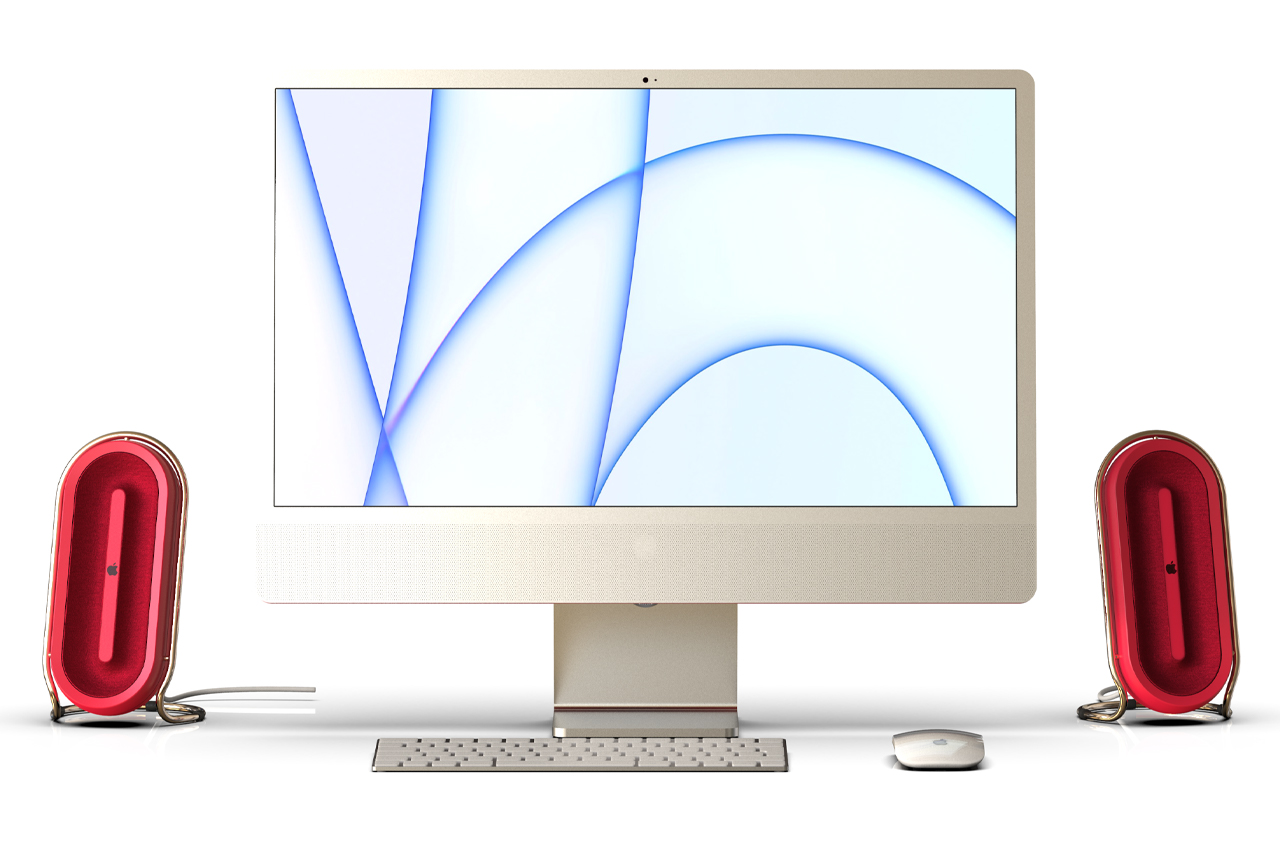 Deskpod was born out of a one-hour study of Apple design language, taking to the iconic brand’s most modern designs to create a sleek, yet bold speakers concept. The new iMac from Apple maintains the classic aluminum look that has graced the surfaces of most Apple Macbooks and iMacs for years. It’s the accessories from Apple that are typically the standout pieces, bringing out deep forest greens and royal blues to accentuate the fresh look of a bare aluminum Macbook surface. Waxman’s Deskpod takes that one step further and wraps the rich scarlet red speaker with a gold band that functions as the device’s cradle and stand. 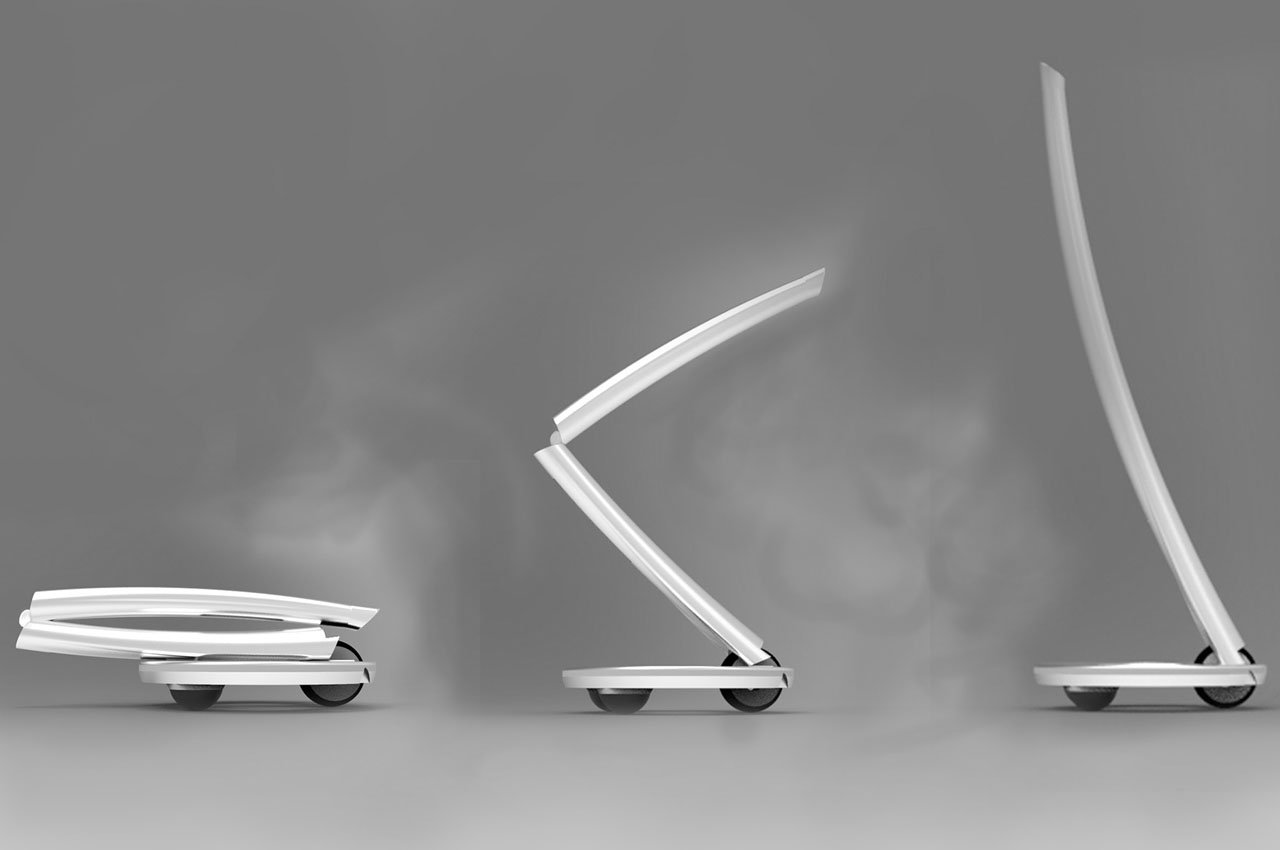 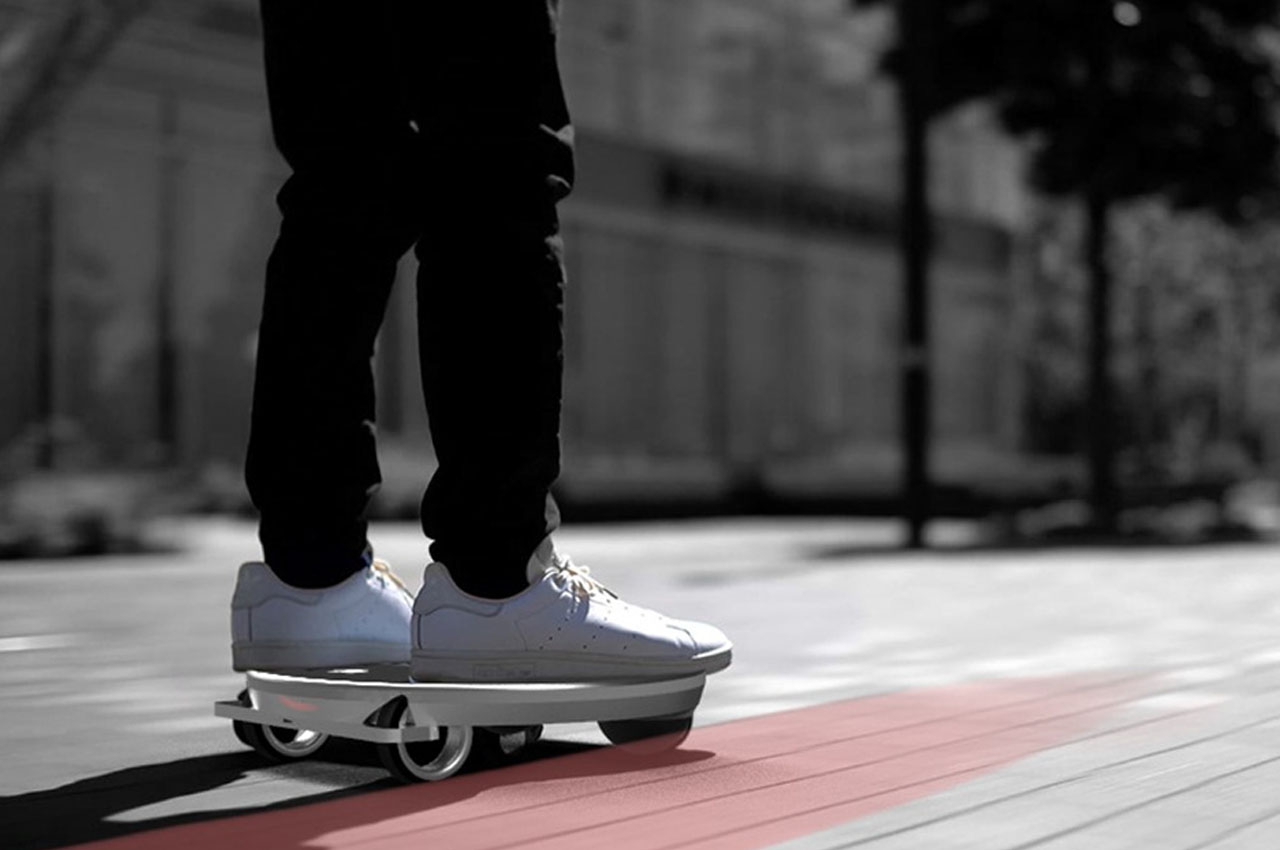 Called the Apple iLine, this concept comes in two versions – the Apple iLine and the Apple iLine mini which is smaller than your MacBook. The iLine normal version has a detachable pole that attaches to the footboard when you need to head to the grocery store in a jiffy. The iLine mini only has a footboard and three wheels. The future-proof commuter keeps up with Apple’s design philosophy, as the designer incorporates the Apple button shape on top of the pole to switch On/Off the personal commuter. This button also doubles as the user identification tool, as the user touches the middle of the touch screen controller to authenticate. The liner shape on the front and back has the backlight for nighttime commuting. 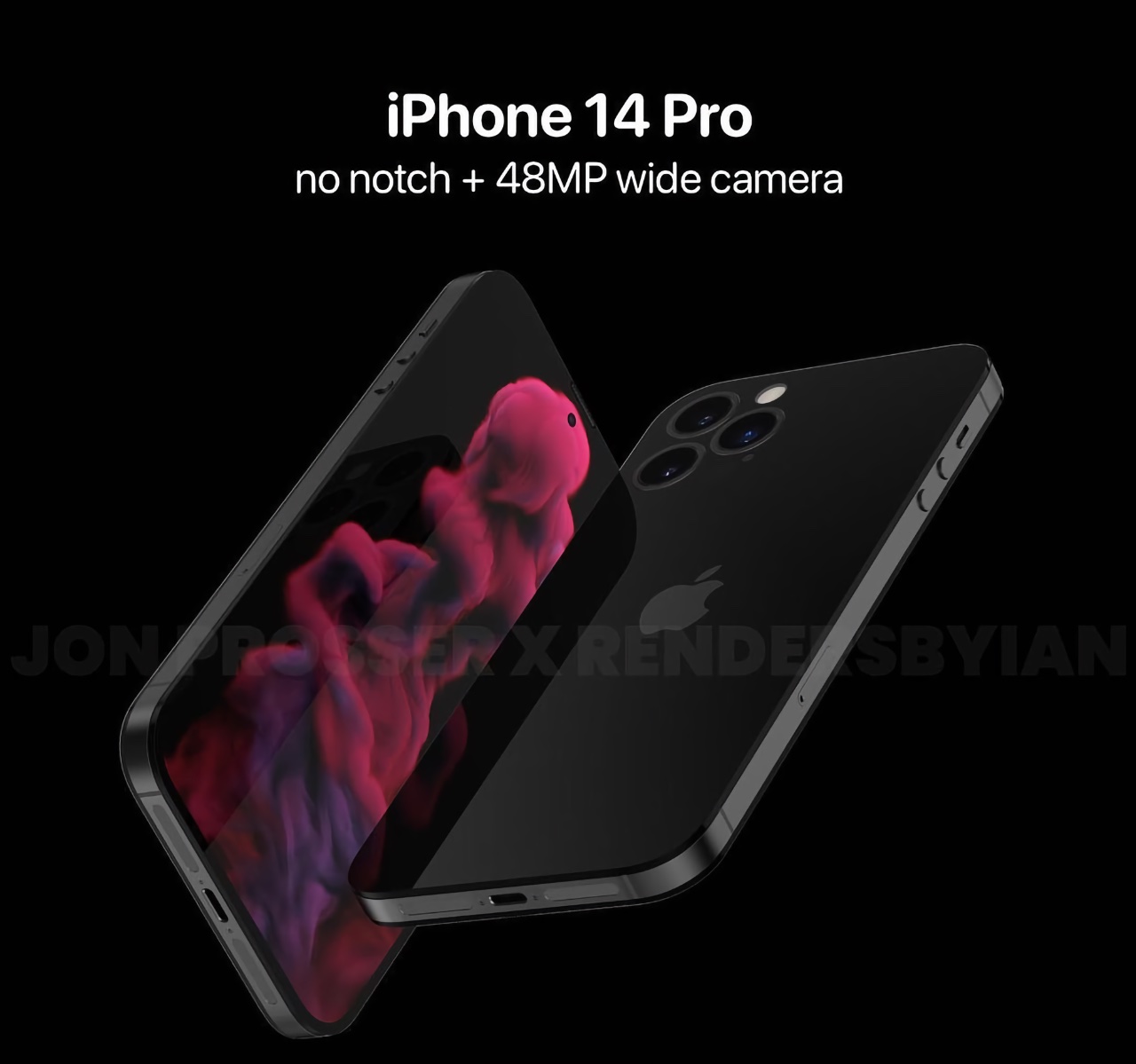 Analyst Ming-Chi Kuo predicts that the next year’s iPhone 14 Pro models will reportedly feature a hole-punch display and a 48MP wide camera. Apple could go down the no-notch route with this model. Although this is far from the final iPhone 14 Pro model, we do wonder if it could be a potential one.

Computers and their peripherals are probably the last consumer products that one would normally associate with beautiful design, especially if you’ve seen how these electronic…

MagSafe wireless charging is one of Apple‘s most unique features that sets it apart in the smartphone landscape. Add a bit of geeky spice to…