Bees are essential to keep our ecosystem running as we know it, these master pollinators play a huge role in supporting the growth of trees, flowers, and other plants that serve as food + shelter for all living beings. They contribute to complex, interconnected ecosystems that allow a diverse number of different species to co-exist. HIIVE is a beehive designed to help beekeepers to keep their bees in a more natural way compared to traditional hives. It is crafted from sustainable materials and with low-energy sensors to give the beekeeping experience a much-needed upgrade since it has been 150 years since the conventional bee box design! 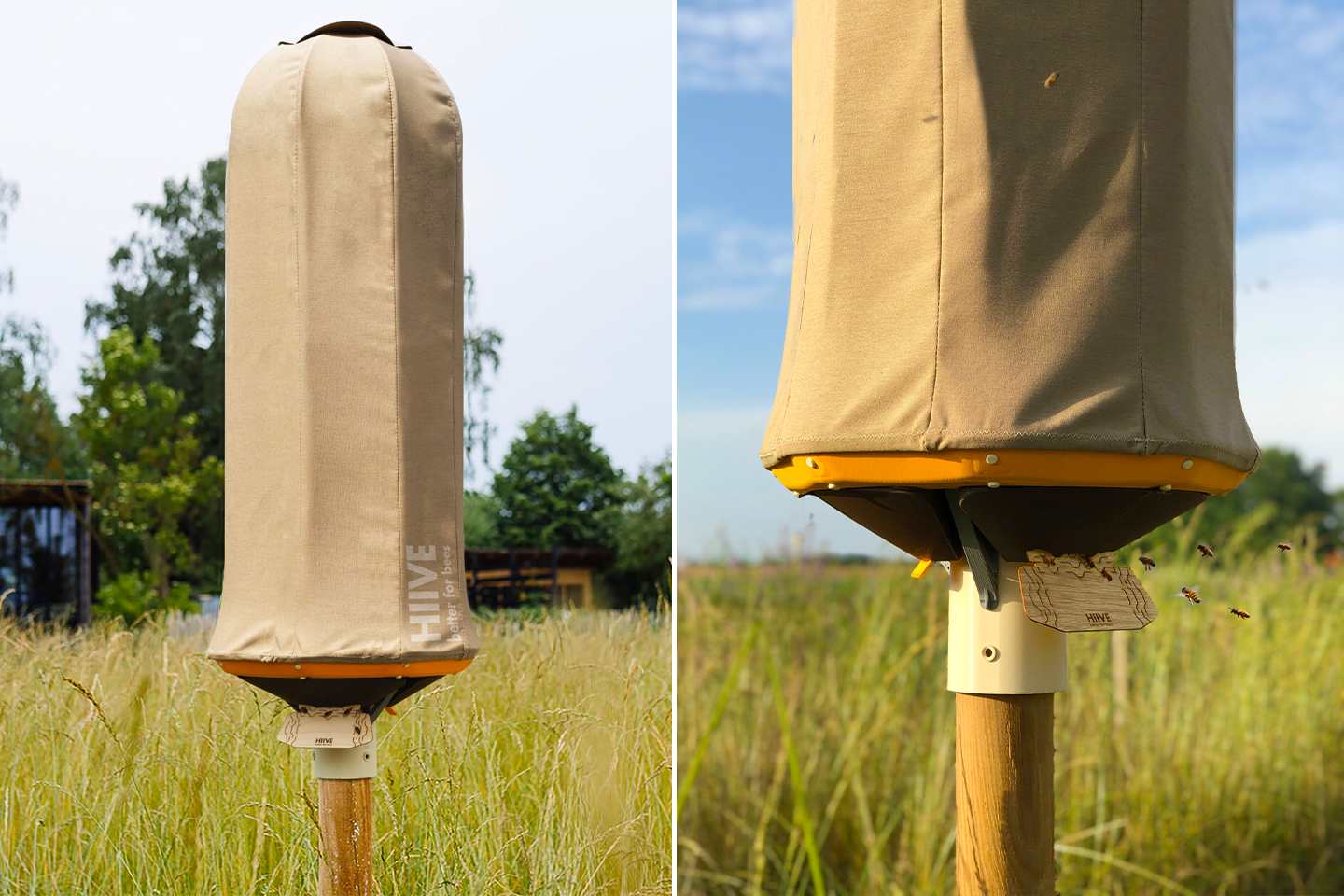 It supports the inherent behavior of the Apis Mellifera aka the European honeybee which is one of the most common types. “At first we just wanted to design a more ergonomic beehive. While studying design, we accompanied several beekeepers. The first time we saw the treatment against the Varroa Mite (biggest enemy of the honeybee), it was shocking. The chemical treatment had a direct effect on the bees‘ behavior. We found that there is a more serious problem to be solved than the ergonomics of beekeeping. So we spoke to scientists for advice and they repeatedly pointed out the problem with the wrong microclimate in conventional bee-boxes,” explained Potthast and that is how the concept came to bee. 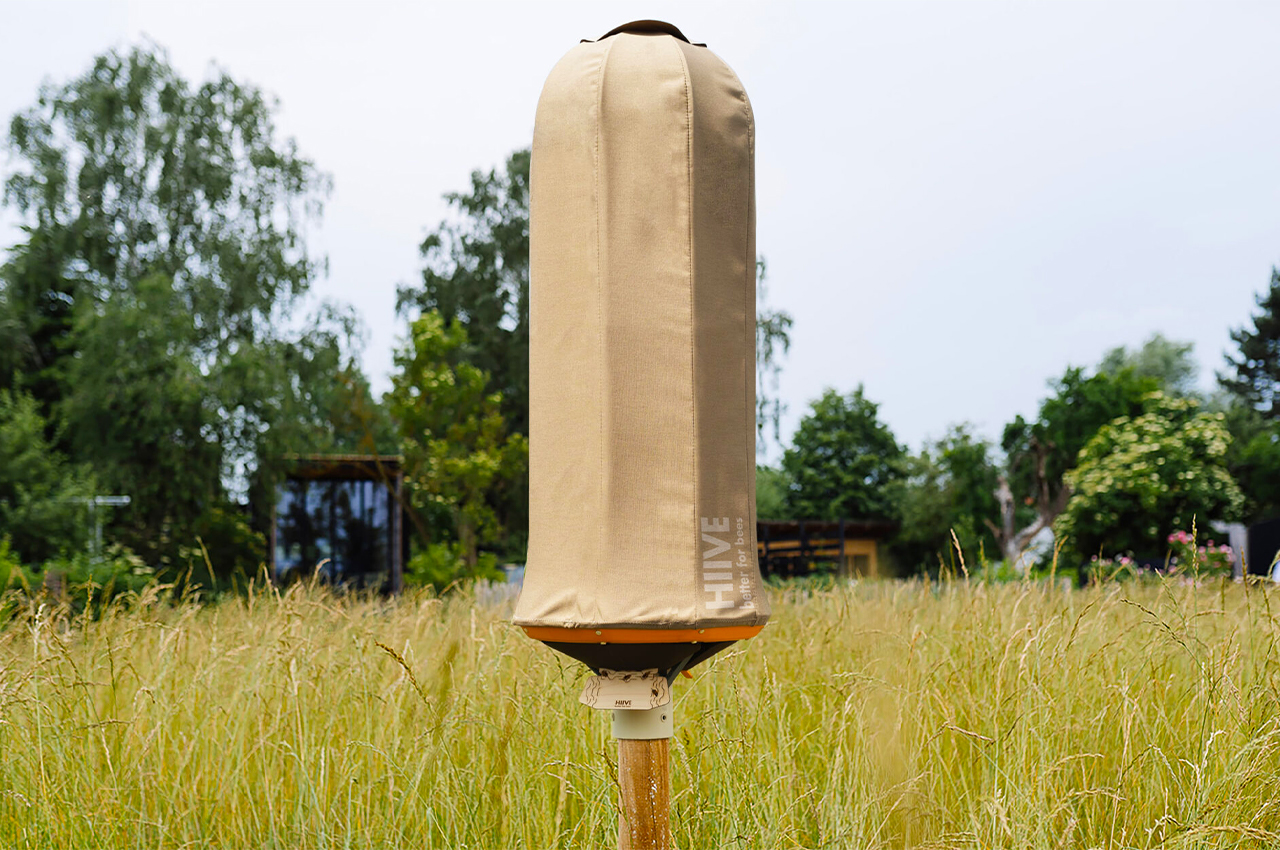 HIIVE is designed to replicate the microclimate of a tree cave which is the natural habitat of the European honey bee. According to research, honey bees in tree caves live healthier lives and are better equipped to deal with parasites because of circumstantial lessons. HIIVE is essentially the first tree cave that can be produced at an industrial scale. 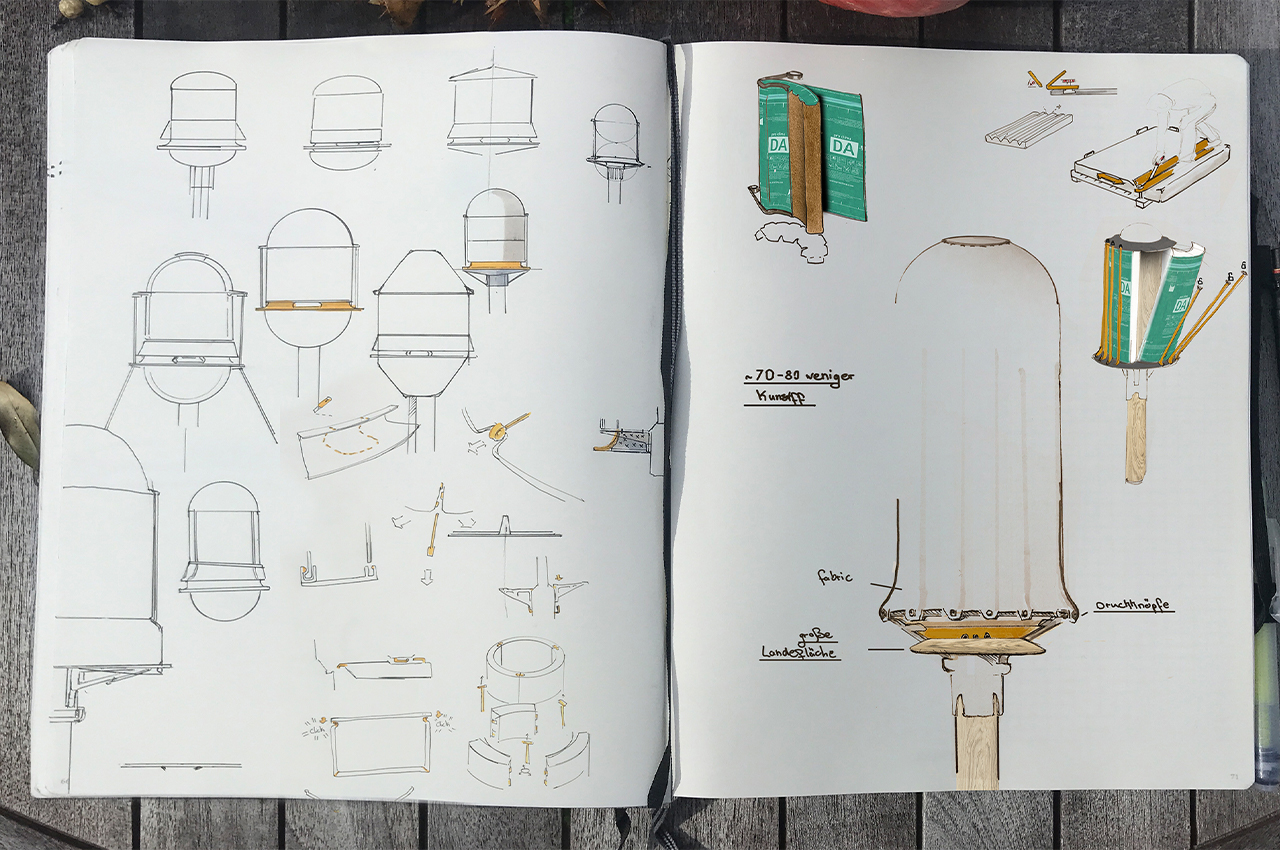 It offers a tree cave-like geometry without cold bridges which makes it easy for the winter bees. The frame is made from recycled plastic and a textile cover to protect against the weather. Its also insulated with natural thermo hemp wool and an additional vapor barrier film for optimum moisture control. Thanks to the insulation the animals have to use less energy to heat up or cool down the house and this “leisure time” has positive effects on their behavior which promotes grooming naturally. 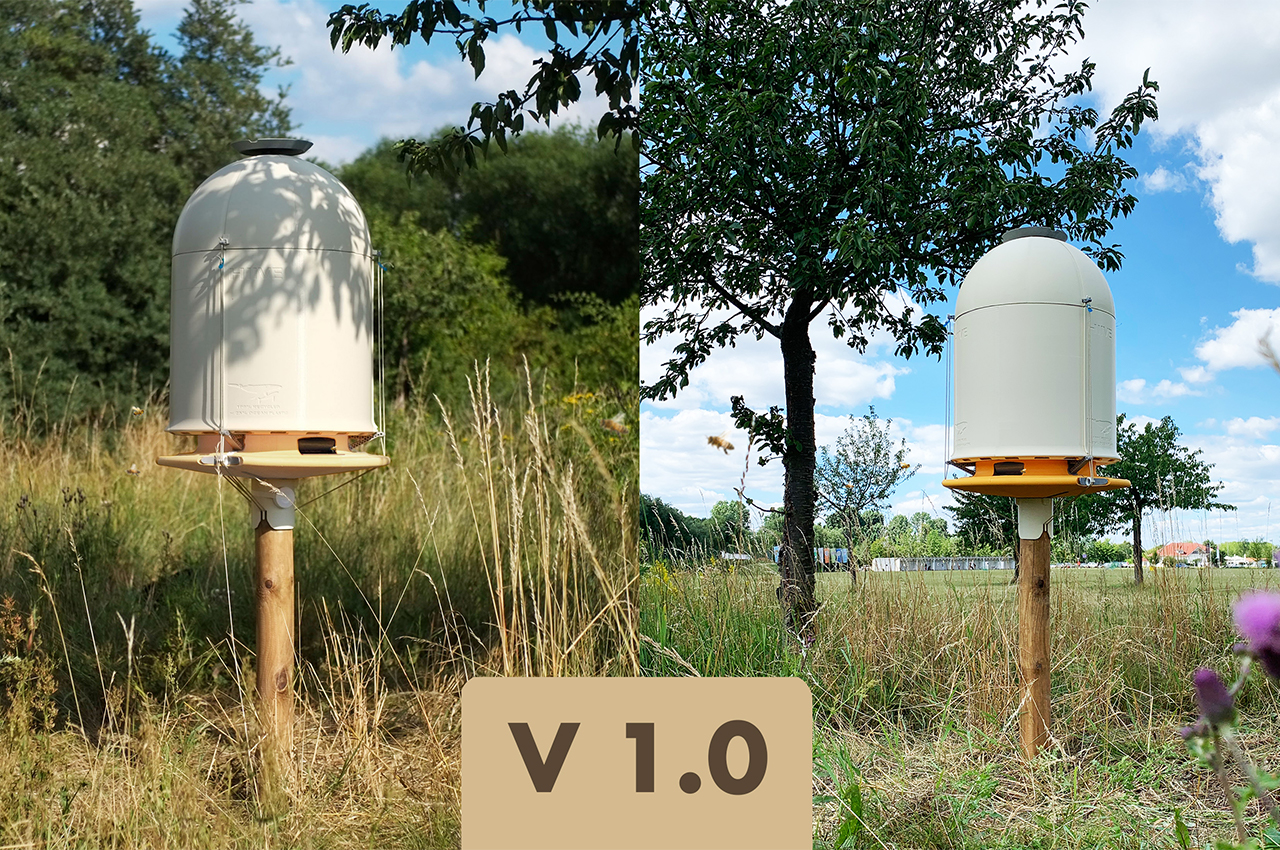 Potthast spent a year researching and studying design with beekeepers to understand the demands of both animals and humans. When biologists pointed out that the microclimate is the biggest issue, the build of the first version of HIIVE was made and insulated with natural hemp wool. “For the prototyping phase, we used 3D printing for all structural components and laser cutting for the wood parts. We have tested the first prototype with a bee colony and it worked well for the microclimate. But the handling wasn’t satisfying and the volume needed to be adjusted,” explained Potthast. 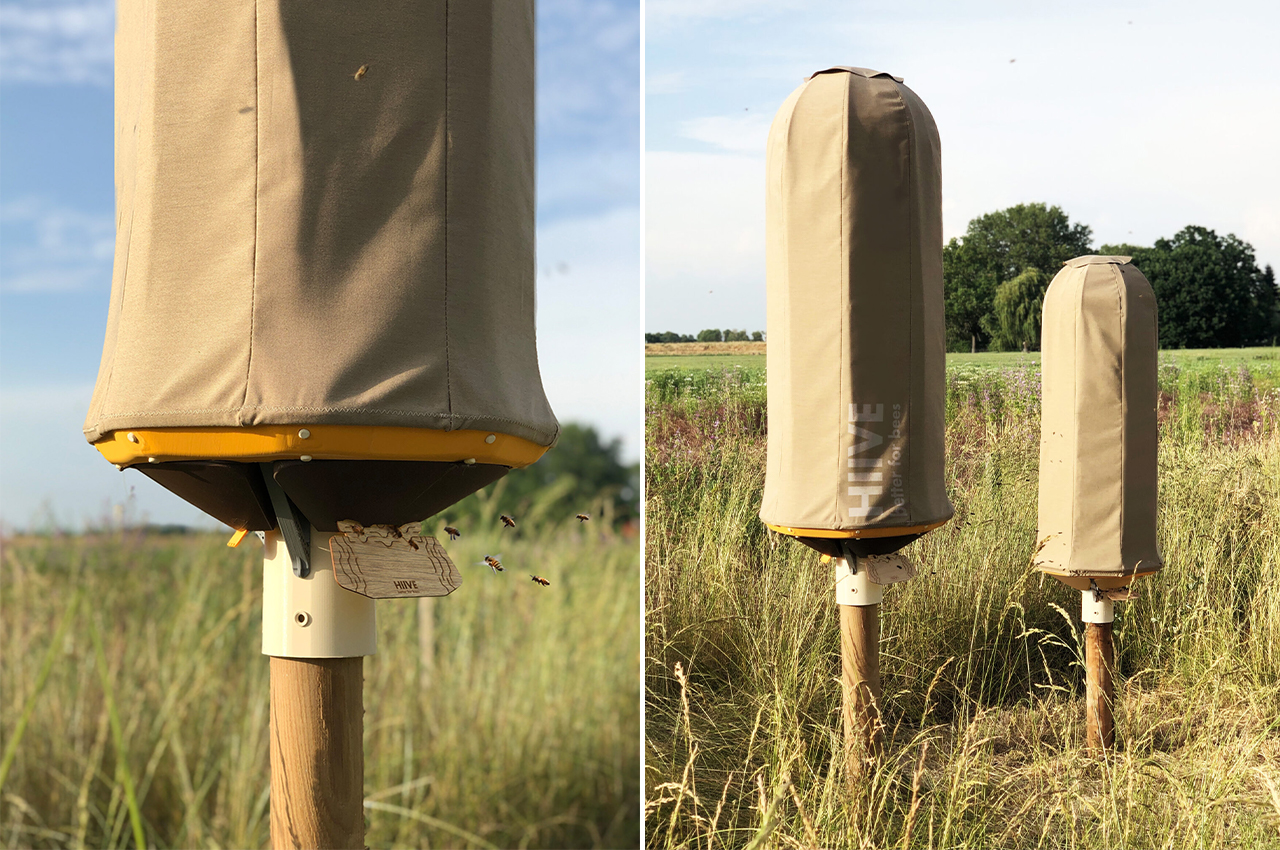 The redesign was more efficient and has a two-chamber system – one honey chamber and one brood chamber – which are easily extractable. This makes it possible to harvest honey respectfully. The amount of plastic was also reduced by over 85% thanks to the use of the textile cover. It has a low manufacturing cost and therefore can be affordable for beekeepers across the globe. 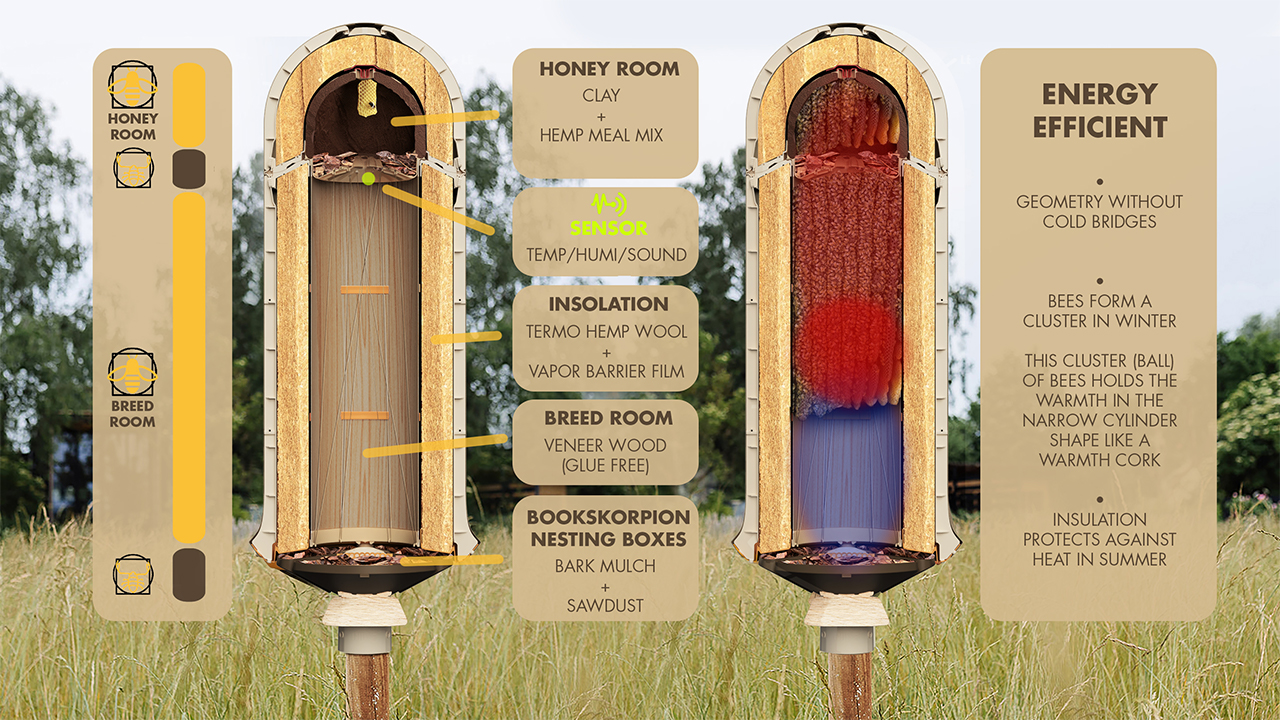 Conventional bee boxes neglect the demands that honey bees actually make on a home. Bees prefer a round shape and good insulation which is naturally found in tree caves. But in conventional boxes, they need to spend a lot of energy on keeping the desired temperature during the seasons. There is also no living space for symbionts and if parasites enter then the bees get in trouble which results in beekeepers having to treat them with chemicals. In contrast, HIIVE was designed with a human-animal-centered approach. It brings beekeeping back to nature and ensures a healthy life for bees. 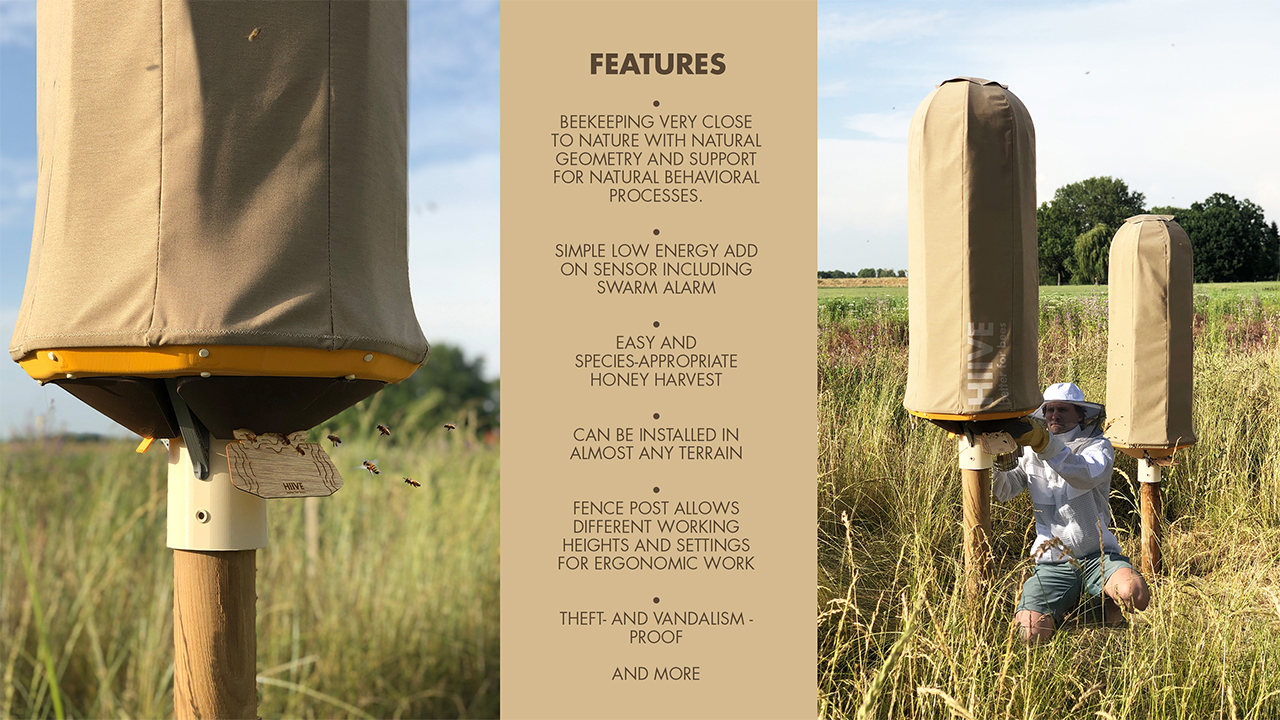 “At the moment we are conducting a field test with 10 prototypes of the latest version. The plan is to bring HIIVE to series production after all tests are made,” said Potthast as he spoke about the design’s future. “The next step is also the development of the campanion app, which will create a new way of keeping bees. With smart sensors we have the possibility to create not only health tracking of each colony, but also a swarm alarm combined with a swarm net. In this way beekeepers get notified when exactly to expect a swarm so they can keep bees in a very natural way without regulating their swarm behavior,” he added. 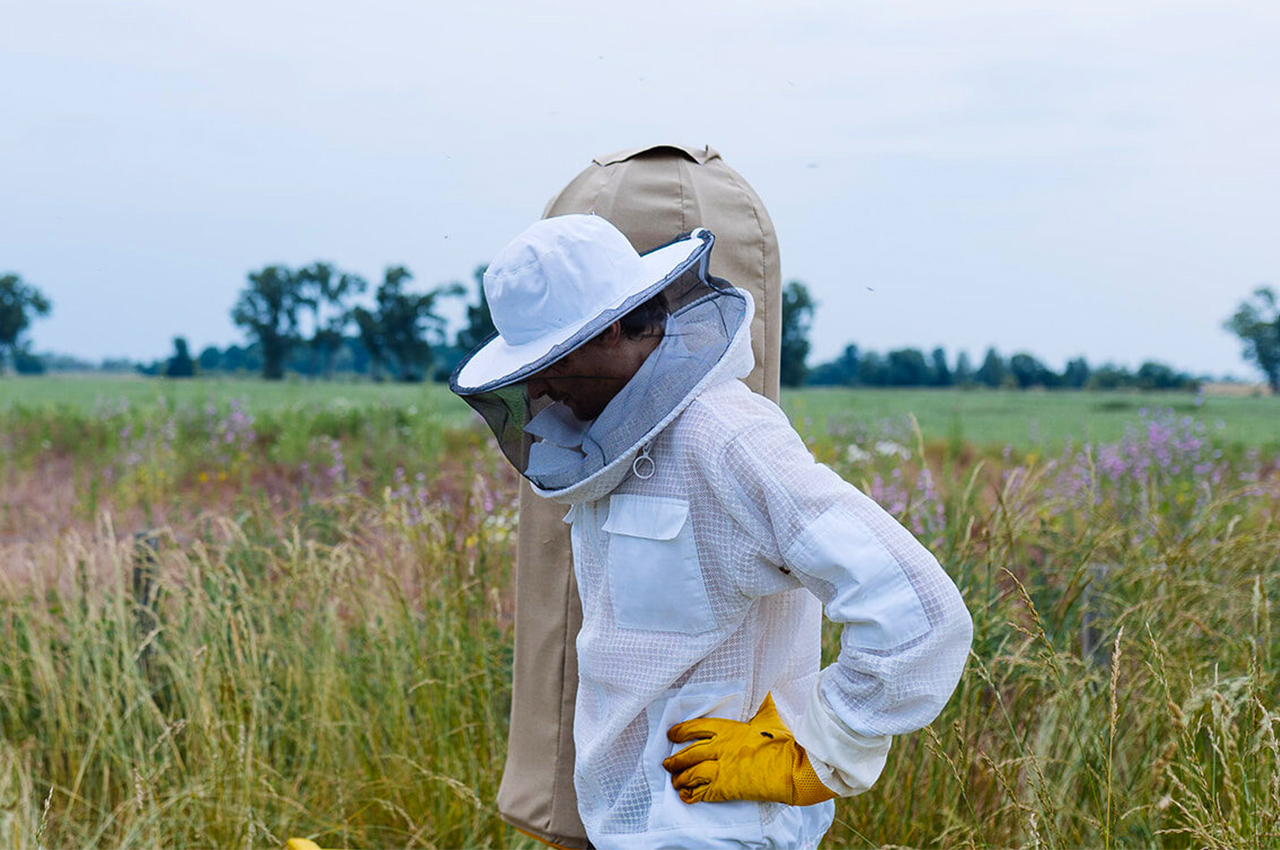 HIIVE is the perfect combination of a natural and healthy home for bees as well as ergonomic and easy to use by beekeepers. The integrated app will make beekeeping more efficient and safe while the low-cost design will make it easy to be mass-produced without adding to the plastic pollution problem. It is un-bee-lievably good for a beehive! 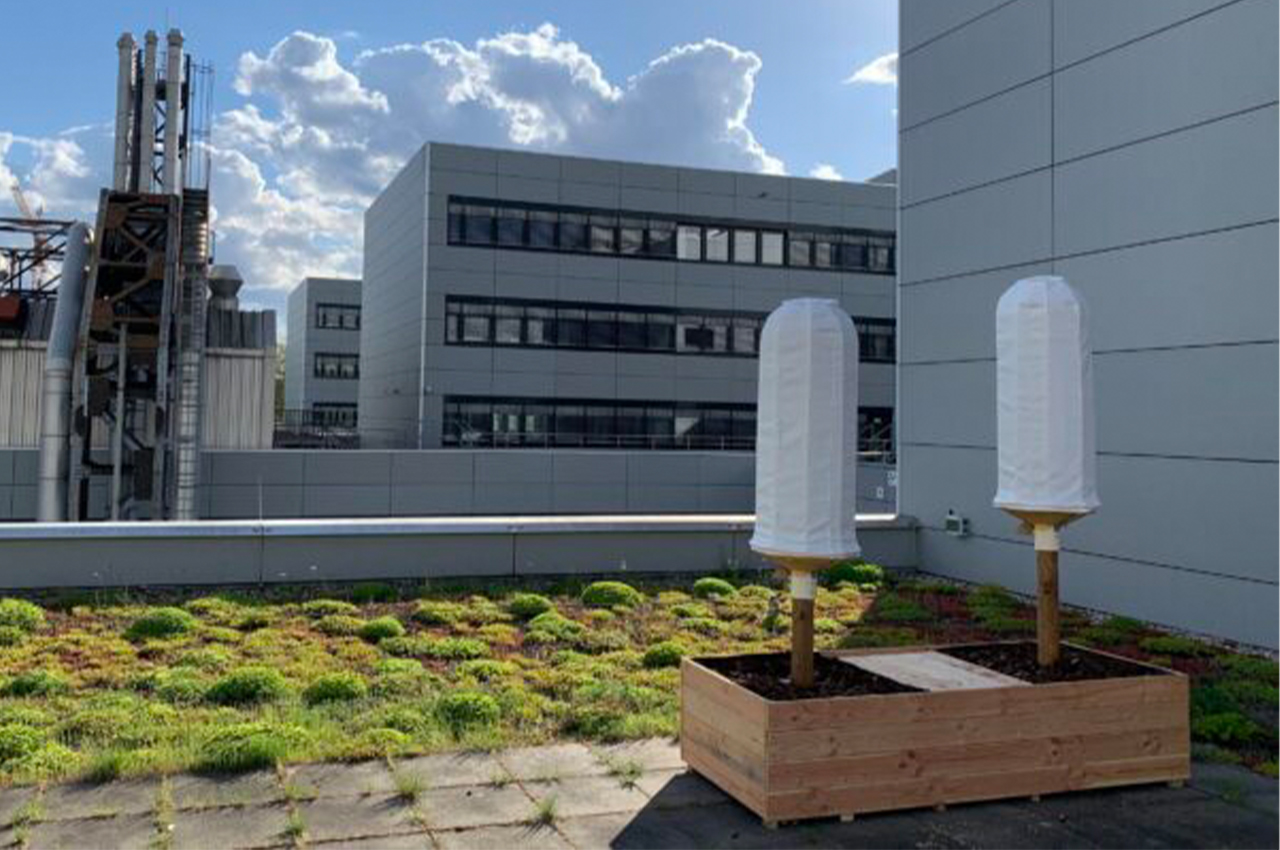 HIIVE is a runner-up for the James Dyson Awards 2021 and has many more notable achievements through its journey from concept to completion. 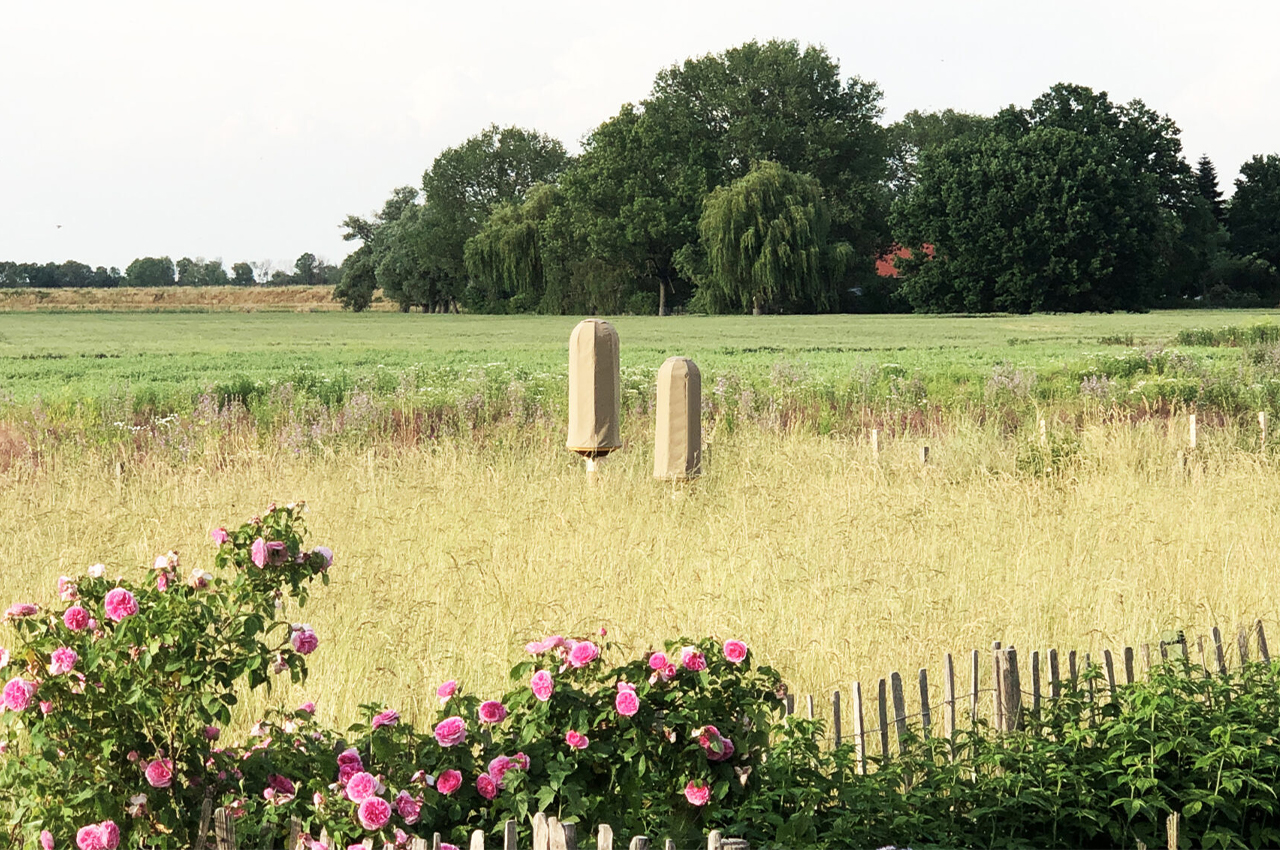 Spirulina is a magic superfood that is suitable for all ages and stages in life. You can Wiki the details, so I’m moving on to…

This Disco Ball Helmet may be a public safety hazard, but it’s easily the coolest headgear possible!

The 70s called. They wanted to know where you got that sick helmet from. Before really talking about anything, yes, this helmet is a bit…