Thilina Liyanage is a Sri Lankan 3D visualizer who conceptualized architectural fortresses that resemble wildlife, including villas that bend over mountainsides or a yacht club whose roof flexes into the curve of a manta ray’s backside. Developed to be constructed entirely from sustainable building material like bamboo and responsibly harvested wooden chutes, some of Thilina Liyanage’s 3D visualizations take a different approach. For example, one of his recent designs finds futuristic glass and metallic cabins inspired by the shape of dolphins puncturing a cliffside overlooking the ocean.

Similar to his Cliff Cabin 3D visualization, Liyanage’s Futuristic Ocean Cabins are lodged into a tropical mountainside, piercing the cliff to suspend in midair with a cantilever structure. Resembling the shape of a dolphin’s body, the Futuristic Ocean Cabins doubly mimic the rugged science fiction aesthetic of Star Wars, stationed on the cliffside like resistance X-Wing fighter jets ready for battle. Liyanage envisioned each structure bored into the cliffside with angled steel beams wrapped in concrete and yanked tight on their horizontal planes with four high-tensile suspension cables to create enough support for each cabin’s foundation. Accessible from an adjacent steel staircase, the interiors of Liyanage’s Futuristic Ocean Cabins come complete with enough space for a bathroom, sleeping area, kitchen, as well as a small living area.

Coated with glass facades reinforced with a concrete framework, Liyanage envisioned a future getaway that hinges on a transparent, exposed external structure and linear, open-air internal space. Jutting out from their cliffside foundation with the same tension of Star Wars III, the true thrill of Liyanage’s Futuristic Ocean Cabins rests in their support methods (four high-tensile suspension cables and one main support beam bored into the cliffside) to keep its cantilever structure horizontal over the bustling ocean below. 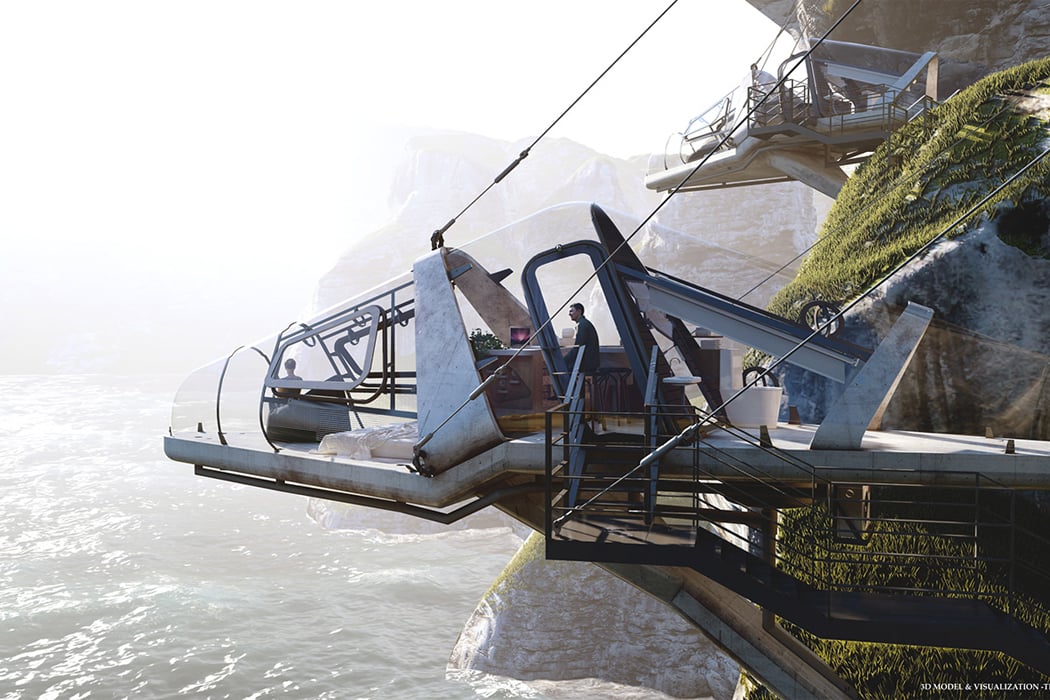 The wildlife of the mountainside merges with the futuristic structure of Futuristic Ocean Cabins to create a rugged, sci-fi escapist hideaway. 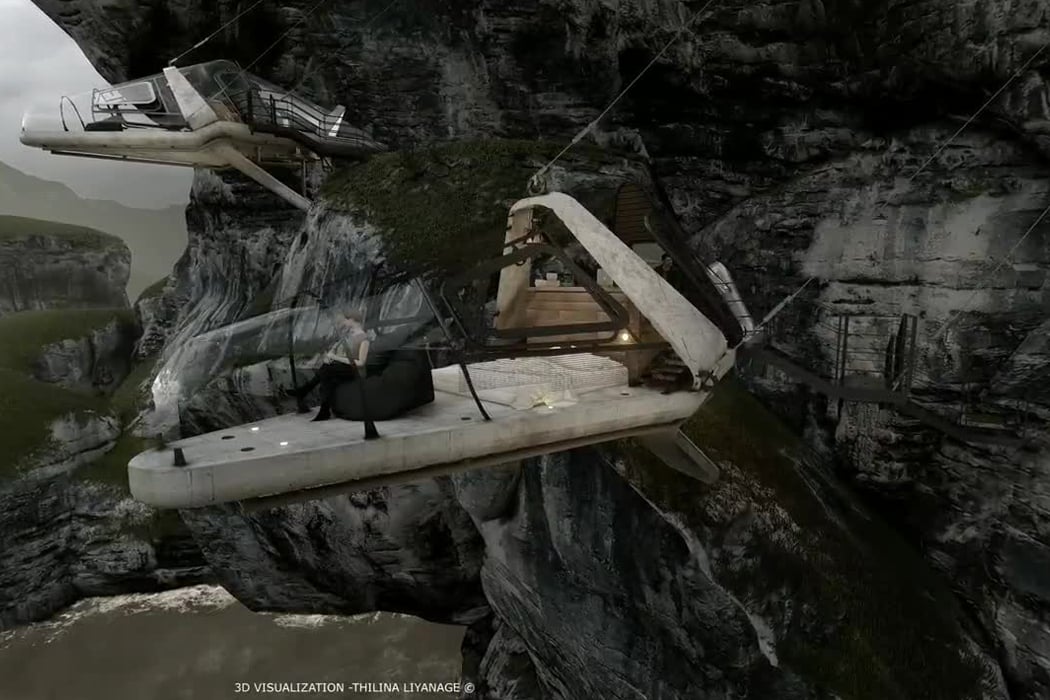 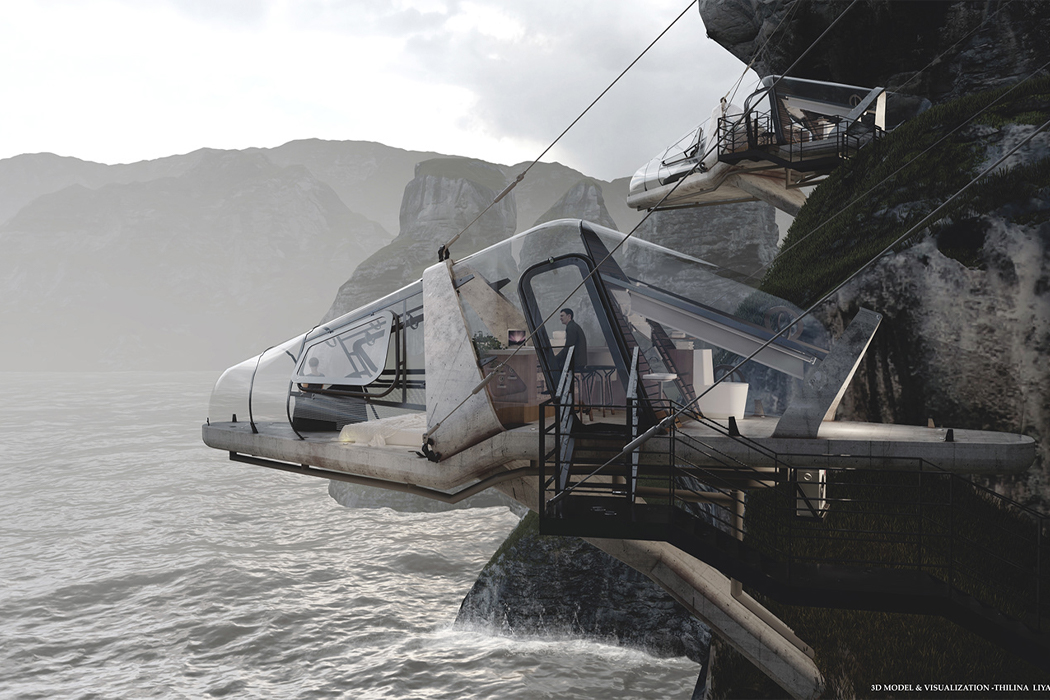 The cabin’s glass facade framed with concrete give it a rugged look fit for the set of Star Wars. 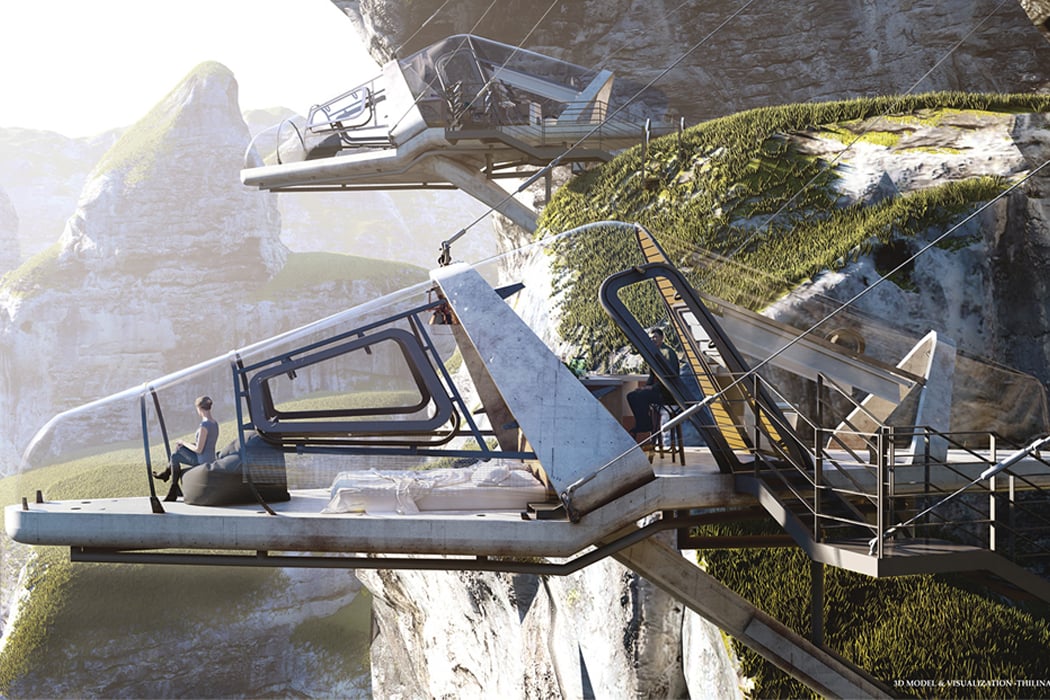 Inside, the linear layout of each cabin allows space for a living and sleeping area, as well as a kitchen and bathroom. 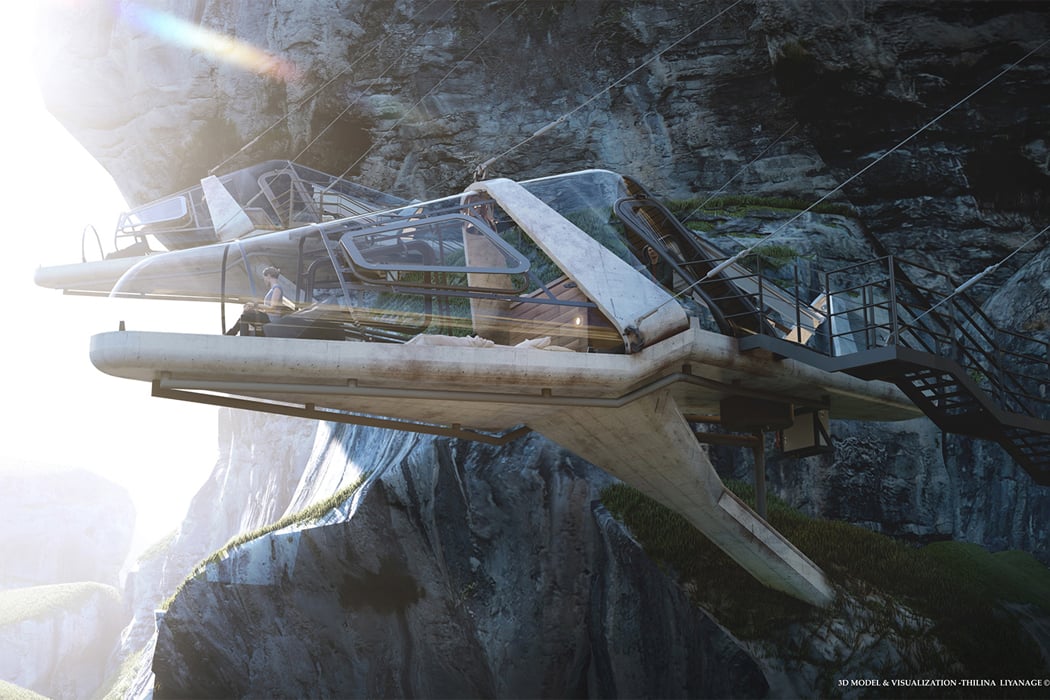 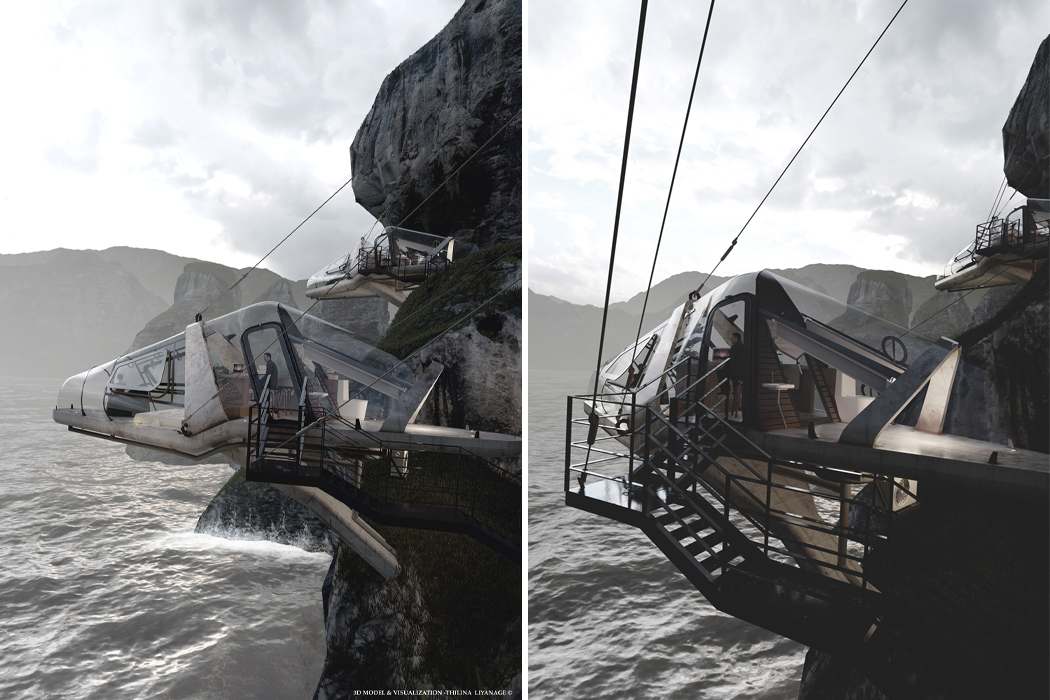 In addition to the cabins’ beam foundation support, four high-tensile suspension cables sling the cabins horizontally over the ocean. 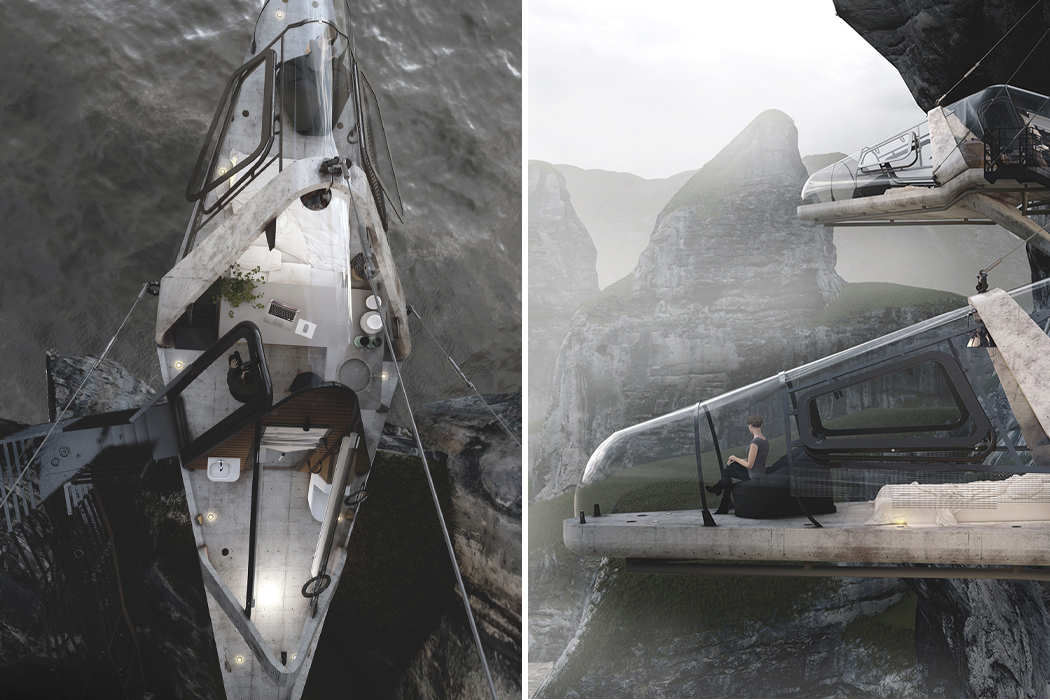 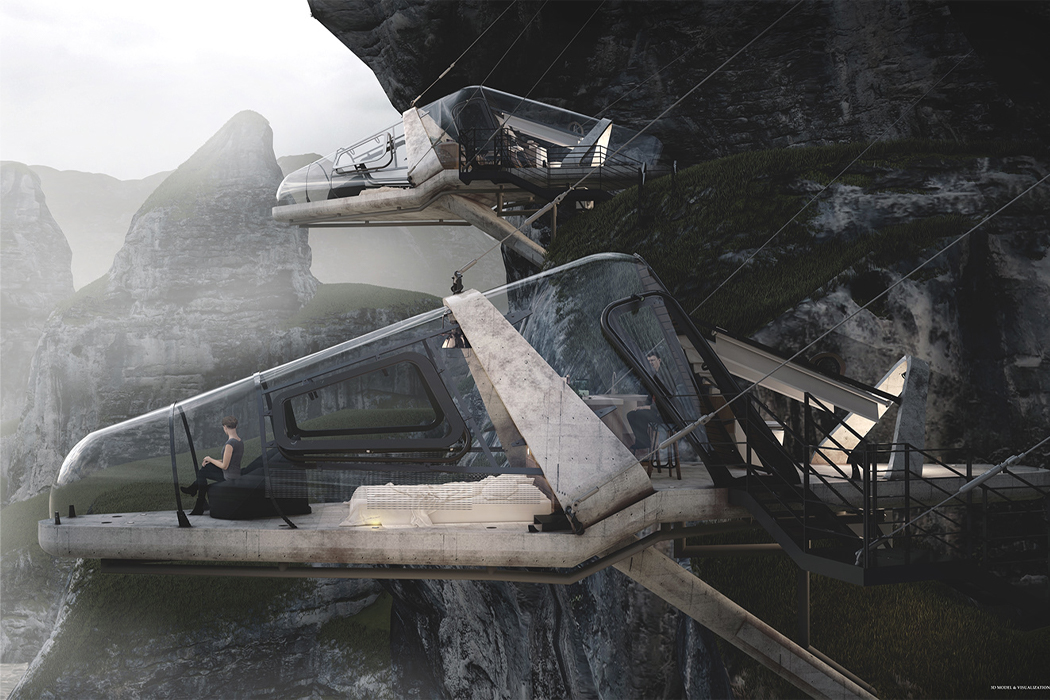 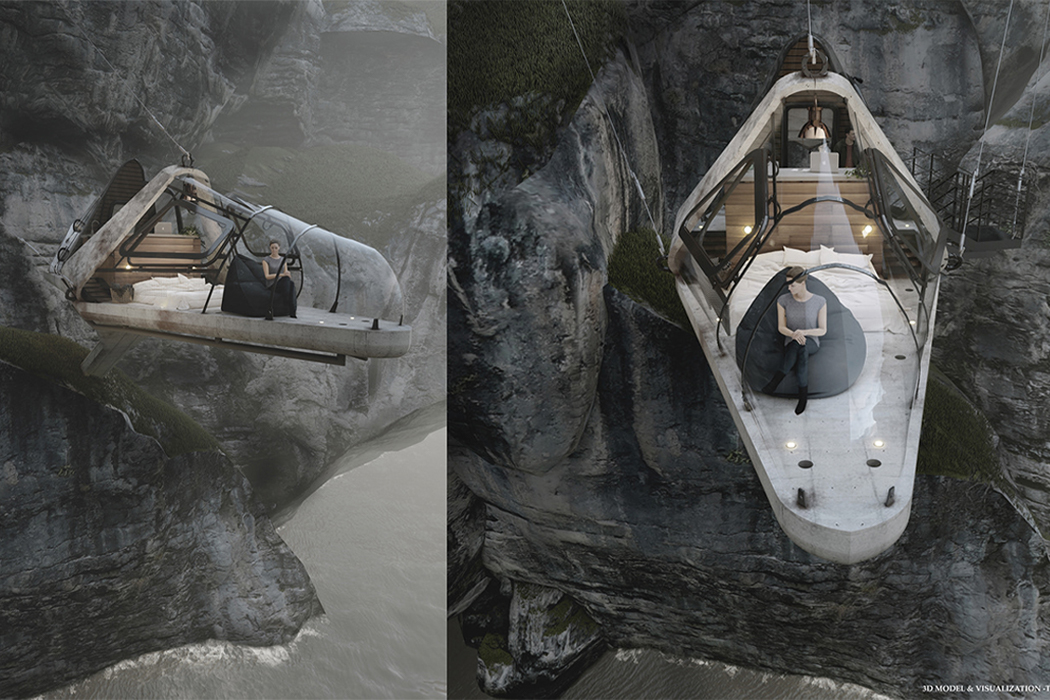 The cabin’s cantilever design gives it the thrilling edge that Thilina Liyanage is quickly becoming known for. 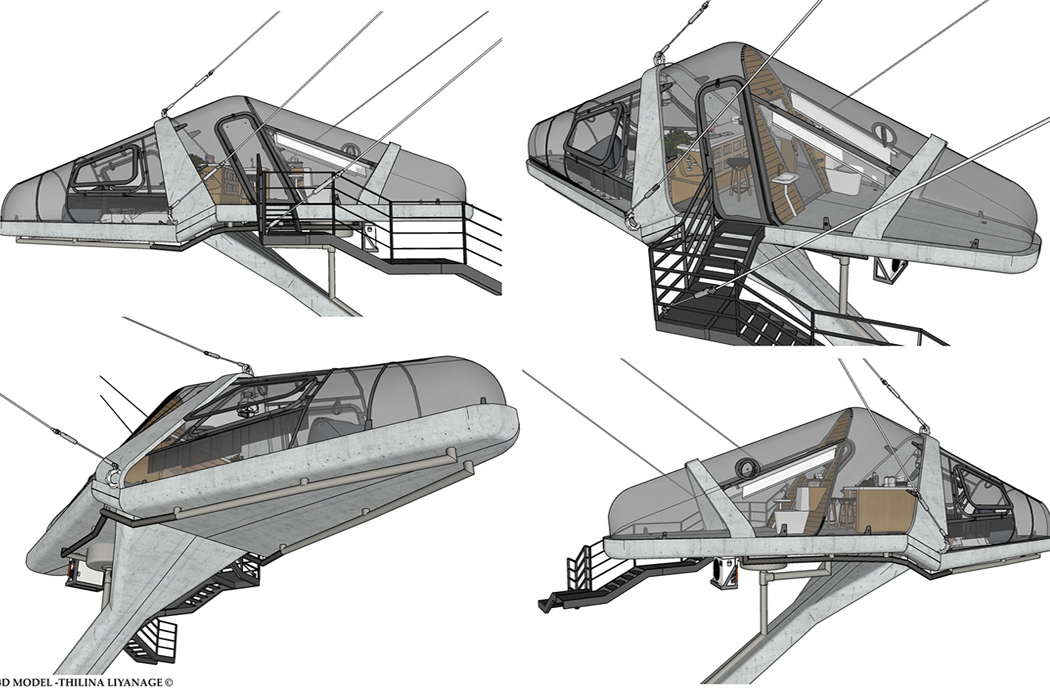 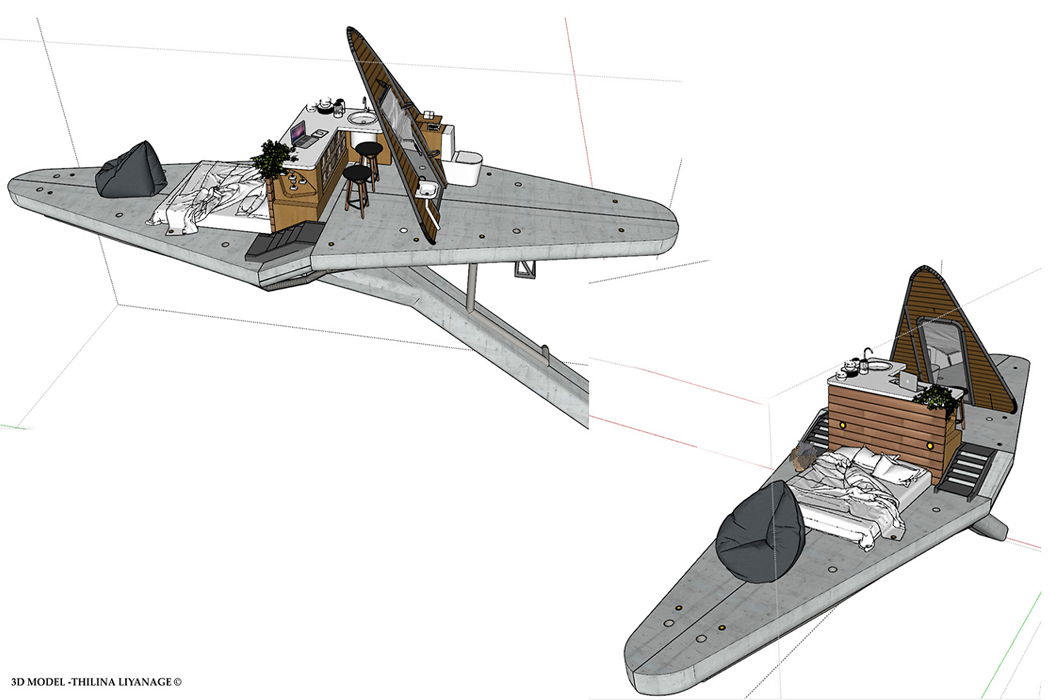 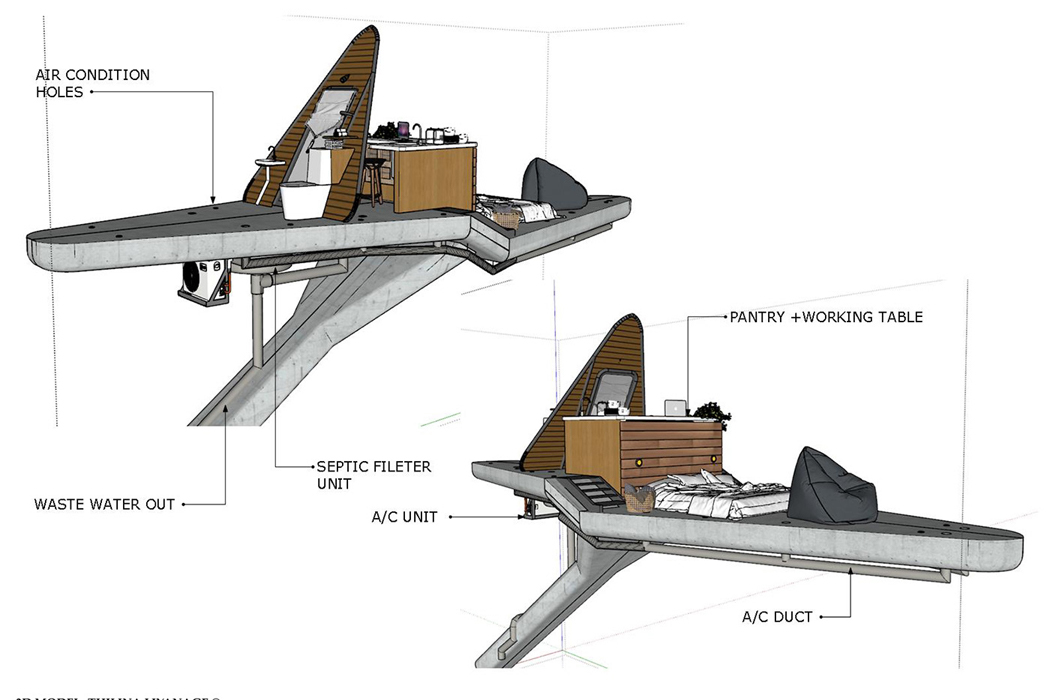 Equipped with all the amenities and utilities that one might need, the thrill of living above the ocean is balanced with human comforts like AC and septic tanks. 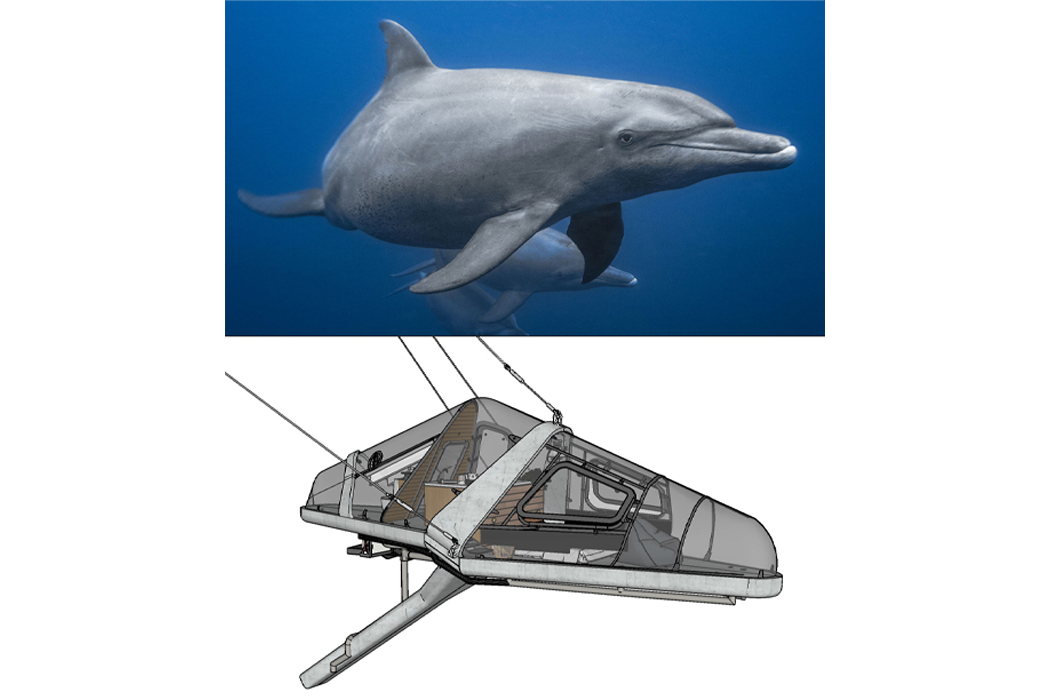 LEGO’s first-ever wooden homeware collection is the fun + functional element you need in your living space!

I love LEGO! There’s something so fun, cheerful, and quirky about LEGO. I wouldn’t mind living in a LEGO home if I could. Though that…

Is it Light? Is it Night?

This right here is called the DSNL, aka the Day Shade Night Light, and it does exactly what it sounds like it does. During the…

Most designers start out with one goal in mind, to create innovative and aesthetic designs that will totally blow our minds! However, industrial designer Katerina…

Extension of Nelson-Atkins Museum of Art by Steve Holl

Museum extensions are a tricky predicament and something of a teeth-cutting exercise for any architect. Steven Holl Architects’ extension to the Nelson-Atkins Museum of Art…