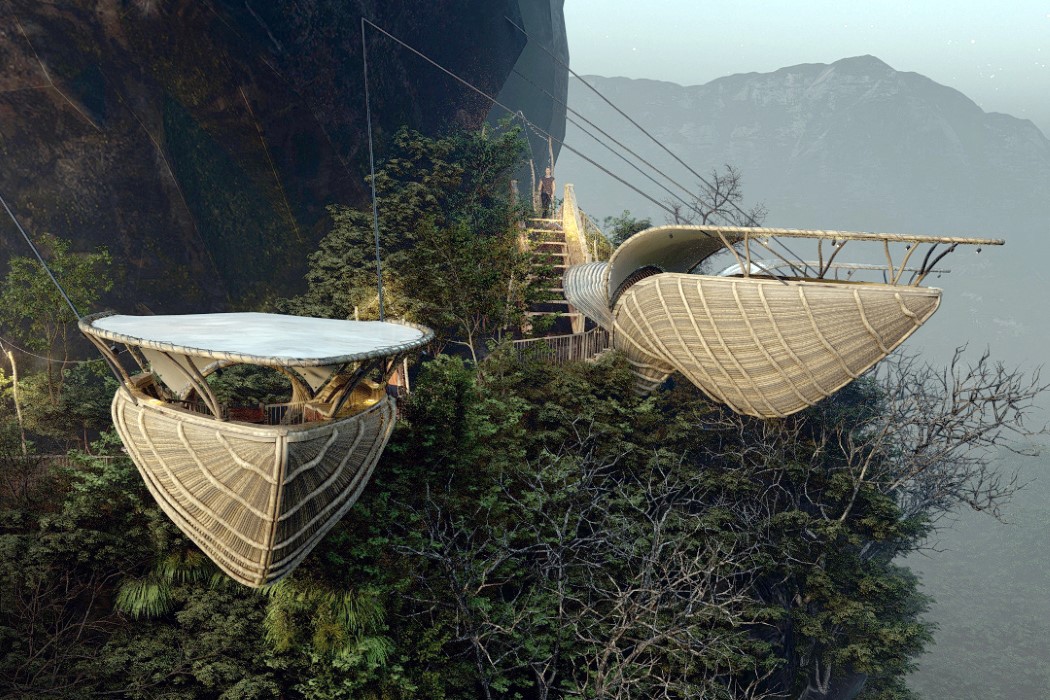 It’s probably because I haven’t traveled around a lot in the past year and a half, but Thilina Liyanage‘s renders are looking increasingly realistic and awe-striking… and I can’t blame myself for feeling that rather lost feeling of wanderlust. Sri Lanka-based Liyanage’s been responsible for creating some of the most awe-striking architectural designs that relate beautifully to their surroundings – like a jagged cabin sitting upon a rocky beach, or a goldfish-shaped bar overlooking an ocean. This time, Liyanage’s design gives you a birds-eye view of a valley, while being shaped like a bird’s beak! 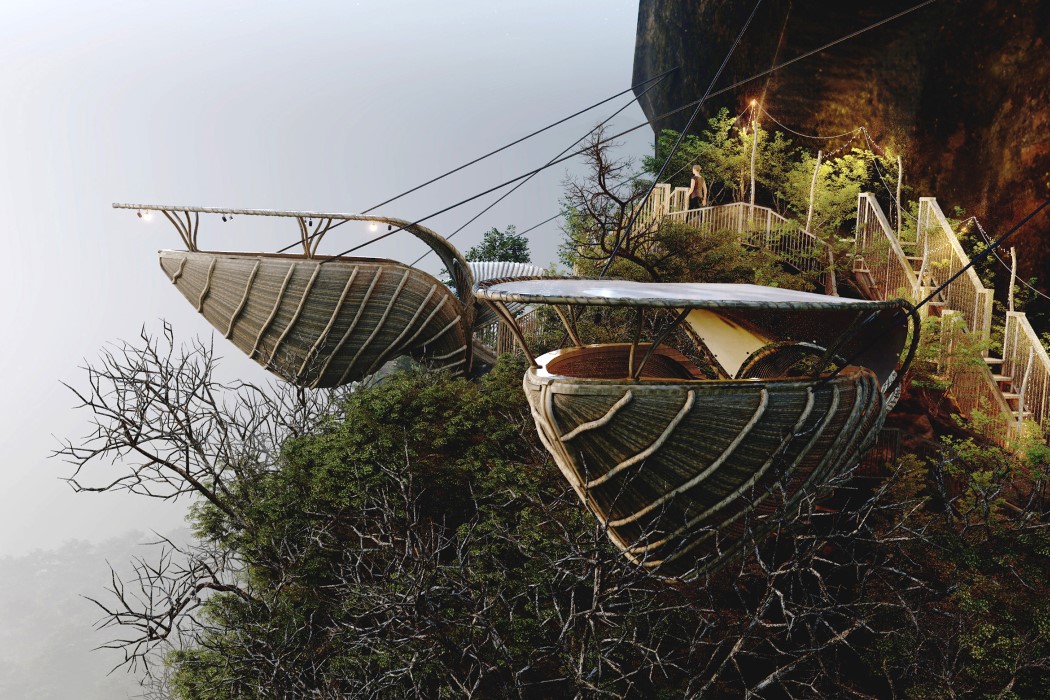 The Sky Restaurants, as they’re called, cantilever off the precipice of a mountain, giving you a certain thrill as you dine. Its design takes cues from a pitcher-plant, using a boat-like base that projects from the slope, with a slightly raised roof to protect you from the elements while also giving you a stunning view of the mountainous terrain in front of and below you. Like a lot of Liyanage’s designs, the Sky Restaurant uses curved bamboo pieces, giving it a distinctly tropical feeling that does set up a contrast against the mountains… but then again, look at it from above and it almost looks like fairy-lights strung around the mountain! 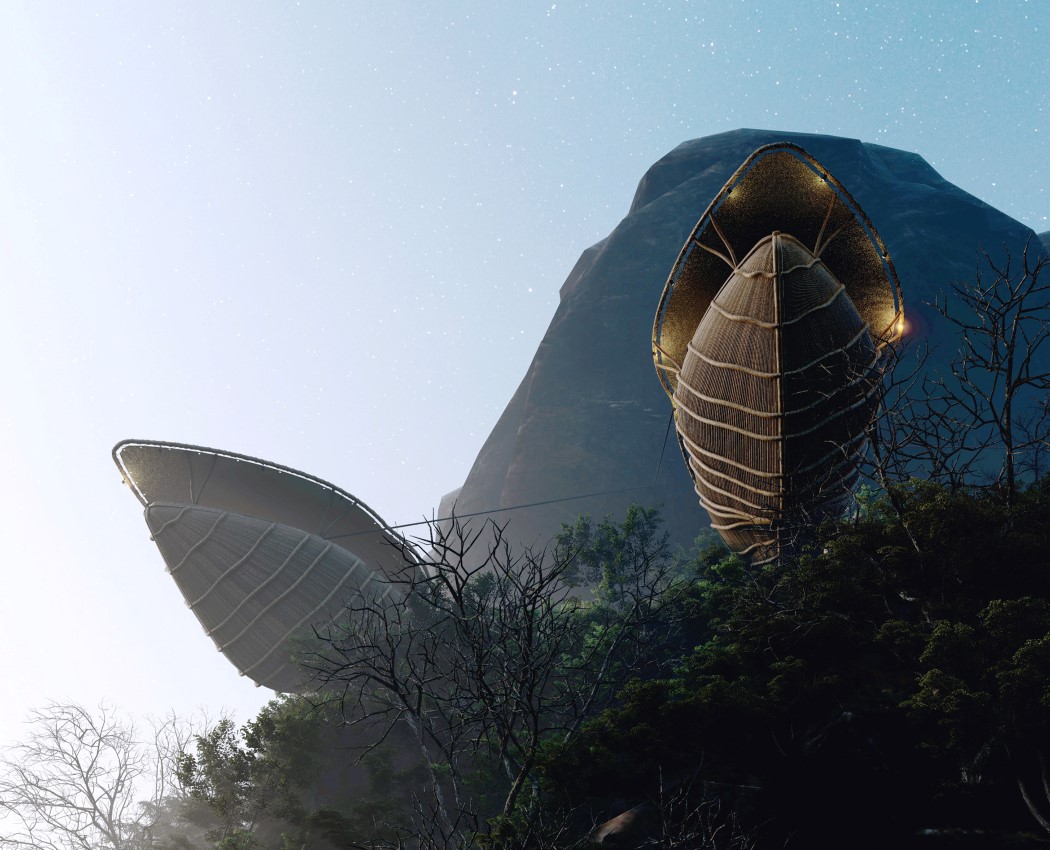 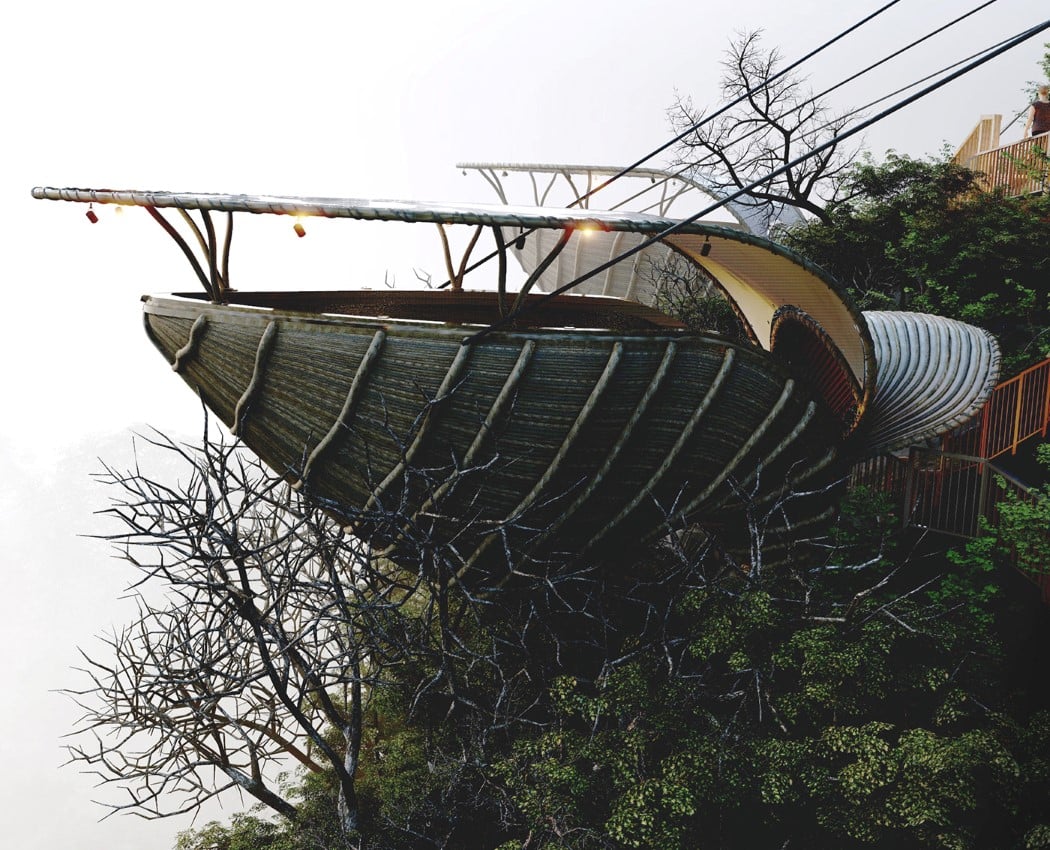 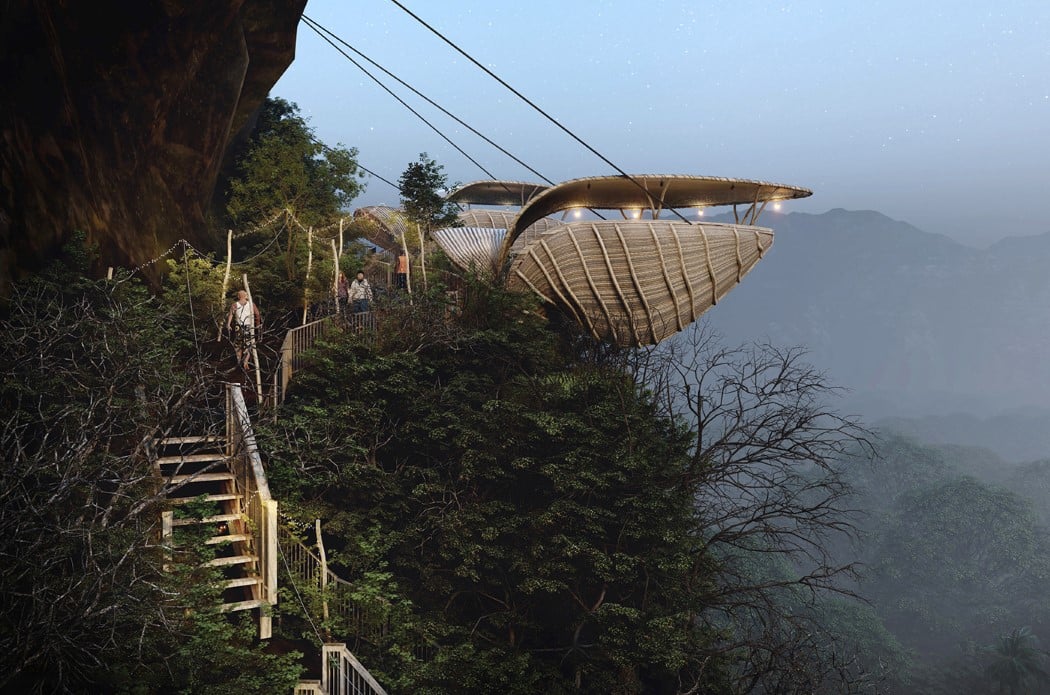 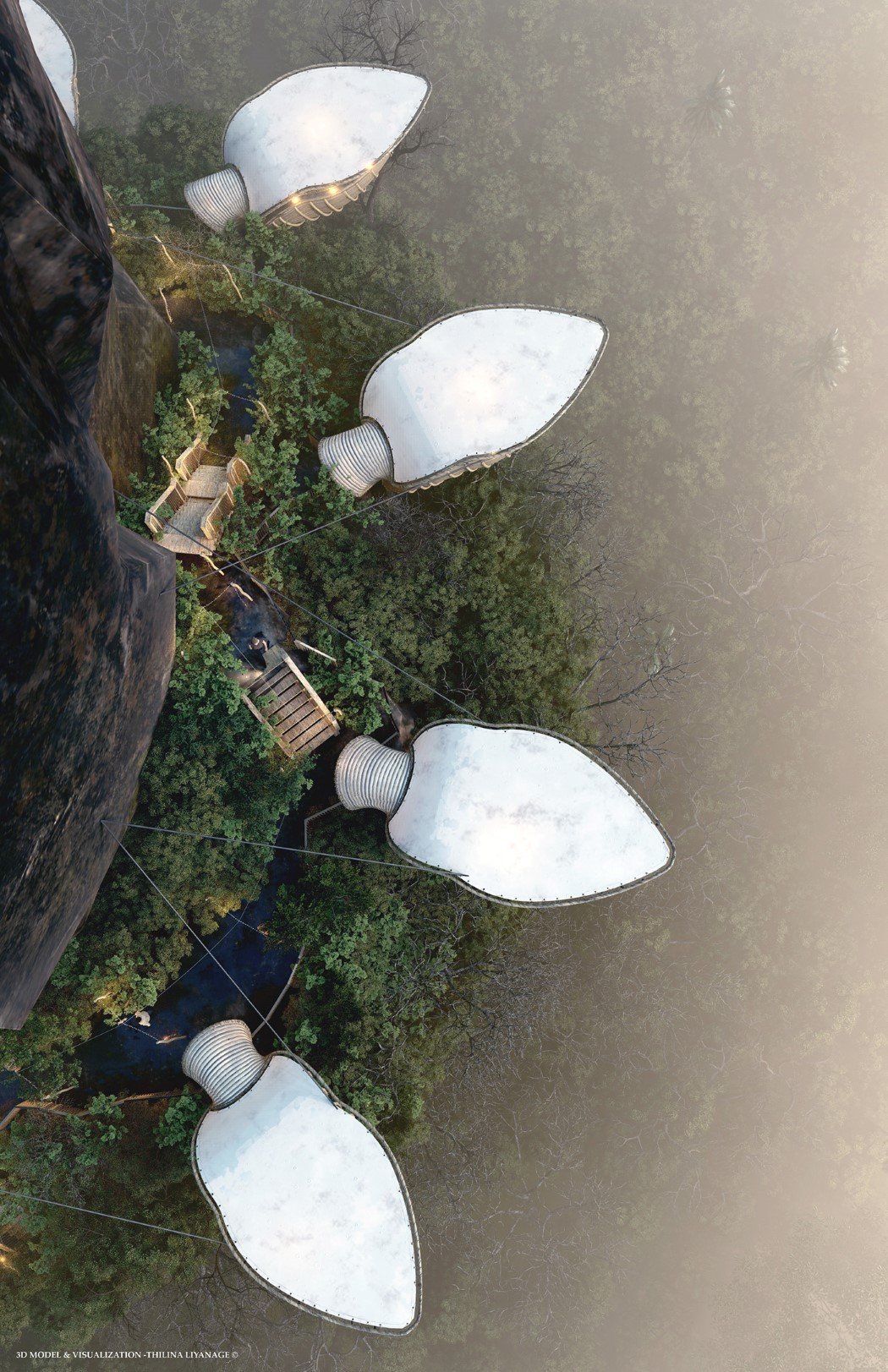 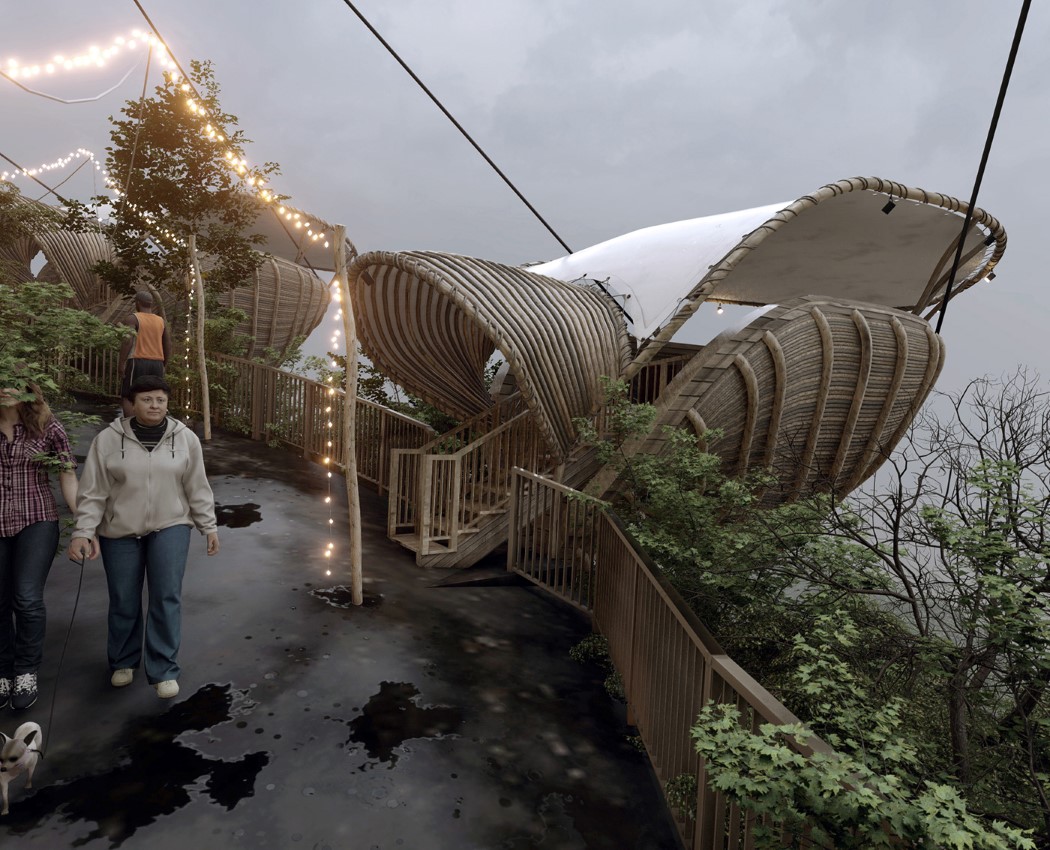 A glittering timber pavilion in Tokyo is preparing for a journey back home to the Hiruzen Mountains!

In the heart of Harumi, Japan, Kengo Kuma and Associates (KKAA), an architecture firm based in Japan, have designed a semi-open and temporarily placed pavilion…

This “unfolding house” comes prefabricated and can be assembled in less than 3 hours!

Putting an absolutely new kind of spin on “Home Delivery”, Brette Haus’ prefabricated cabins are literally shipped to your location on the back of a…

The Mansfield Container House is an L-shaped tiny home composed of two disused shipping containers that merge together to form a tiny, off-grid cabin. Shipping…

Vertical City by Office of Metropolitan

The planned demolition of an abandoned tobacco warehouse, focus of a bitter dispute involving developers, Jersey City officials and artists who moved in, was likely…