Seems like our Jetsons future isn’t too far off. Meet the ASKA eVTOL, the world’s first consumer-ready eVTOL being made available to the general public. It’s about the size of an SUV, and can be driven around like a regular car on the roads too. It seats about 4 people inside its cockpit and comes with wings that fold right into the eVTOL’s design when you’re on the road. If you ever find yourself stuck in traffic and you get that common feeling of wanting to levitate and escape gridlock by flying off, the ASKA actually gives you that option. Its wings fold out sideways to reveal 6 propellers that allow the ASKA to jet off into the sky… although, for obvious reasons, the makers of the ASKA prescribe that you transition to flight mode on designated vertical take-off and launching pads.

The ASKA isn’t being pitched as some billionaire’s fantasy toy… its focus is mainly towards your more-than-average customers who can afford the eVTOL’s $789,000 price tag. The eVTOL’s big enough to be parked in your garage (you’d need decent overhead clearance) or even on the street or in parking lots. It drives pretty well as a car, relying on in-wheel motors to really give you a precise, controlled drive albeit with a top speed of 70mph. When you want to take off to the skies, the vehicle transforms both externally as well as internally. The wings fold out and propellers arrange themselves in a hexagonal fashion, while on the inside, the car dashboard transforms into a more information-dense flight-style cockpit with maps, gauges, and meters galore. In its flight mode, the ASKA can hit speeds of 150mph with an airborne range of 250 miles on a full battery charge, and even safe landing protocols built in to keep the passengers safe.

It’s worth noting that the ASKA isn’t a concept or vaporware. The vehicle actually comes with certification from the FAA and EASA as a street-legal eVTOL. To make the experience consumer-friendly, the ASKA even comes built with semi-autonomous technologies that make operating it relatively simple, although you’re expected to have pilot training before operating the vehicle. NFT Inc., the company behind the eVTOL (not to be confused with non-fungible tokens) is expecting have the vehicle ready to deliver as soon as 2026, and if you’ve got $5,000 to spare, you can place a pre-order right now while you figure out how to make up for the remaining $784,000 it’ll cost when the vehicle’s ready 5 years from now! 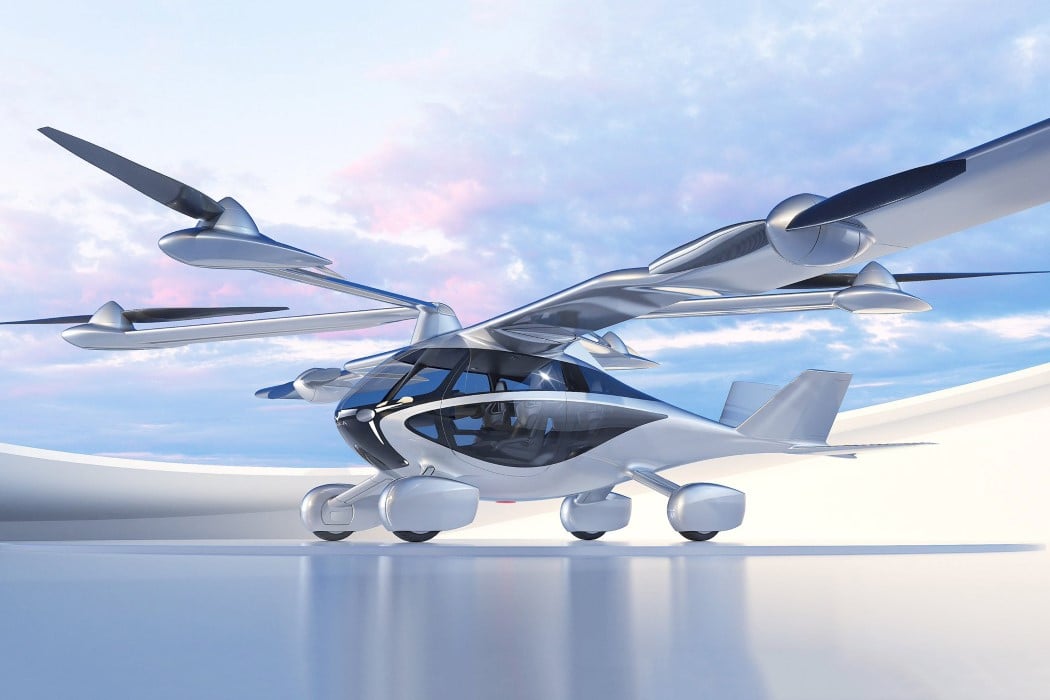 A stunning look at how the ASKA transforms from its driving-mode to its flying-mode. 6 propellers help it take to the skies, while two massive wings on each side help it steer the skies, making turns to help you navigate your new air-based environment (and even carefully calibrate your landing) 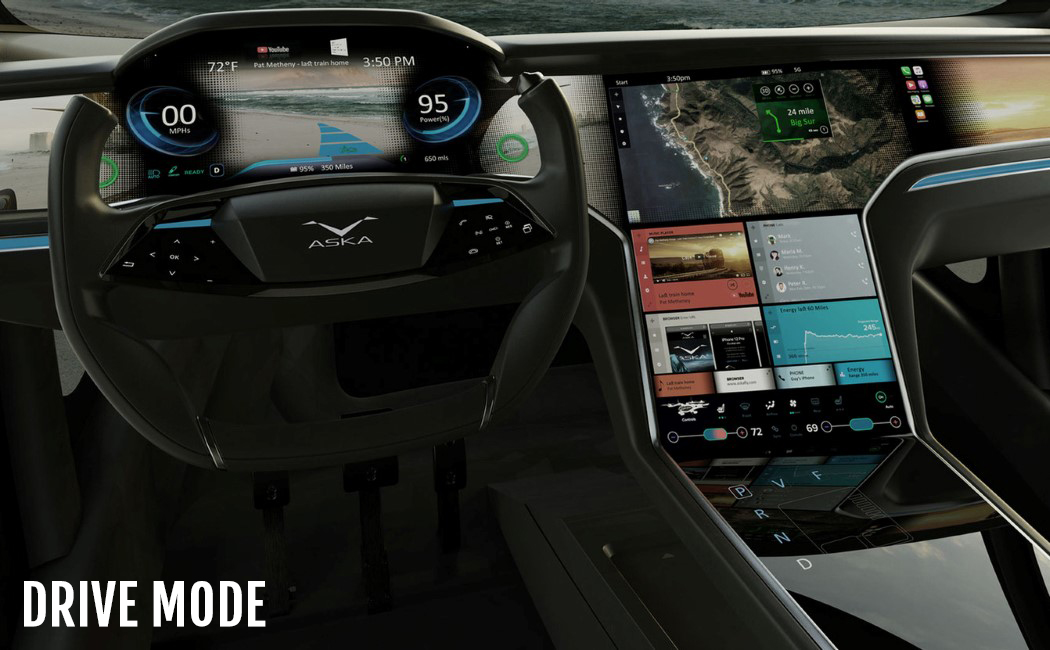 The two modes offer incredibly different and diverse interfaces on the inside. The ASKA looks a lot like your traditional car while you’re on the roads, with the dashboard displaying the road ahead of you, the map of your route, gauges like your speedometer and battery-level, and even entertainment and communication elements that let you do things like play videos, listen to music, or make phone calls. All that disappears when you toggle ASKA’s flight mode. The entire dashboard display immediately transforms to give you a more pilot-friendly interface, allowing you to get a sense of where you’re headed as well as what your altitude is and what the environment around you is like. The eVTOL even reportedly comes with semi-automatic technologies that make navigating your ‘flying car’ much easier. I expect they’d kick in to a greater degree in bad weather, and in the event of an emergency or a low battery, the ASKA is outfitted with safety protocols that ensure you’re safely back on land. 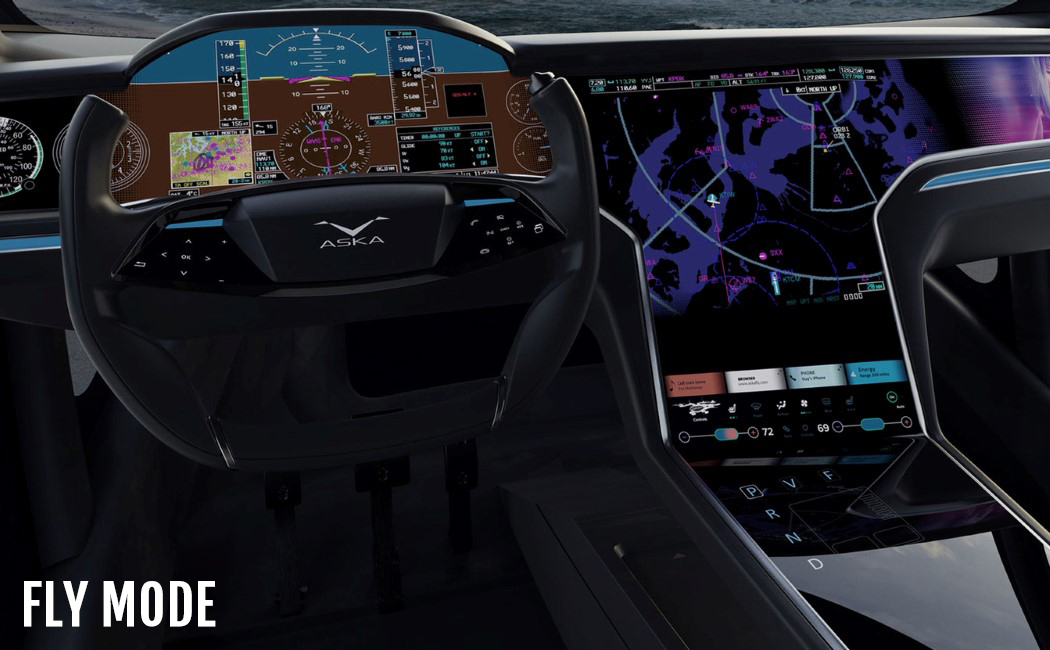 There have been so many concept iCars around, I’m guessing Apple is just as tired as I am. Not many designers focus on the driving…

Infiniti is always surprising us with features we can’t even see! And let me tell you this, the Infiniti Q Inspiration is doing exactly that…