Shipwrecks have become more frequent as the number of vessels in the oceans increases due to open trade policies between nations. Owning to their scope and location, shipwreck rescues can become logistically complicated and humanly dangerous to carry out. This is where underwater rescue robots such as the Saver Whale designed after the good sense of whales – that are known to helping people – come into the scene.

The Saver Whale is ideally a concept of an underwater drone designed to reach where human rescuers can’t – or shouldn’t – go. Lots of human live-saving deep water rescues happen in challenging, dangerous conditions which are difficult for diving squads to negotiate without risking injury or loss of life. Maritime rescue drones such as the Saver Whale can reach uncharted waters – reducing risk to human life – and work as scouts to deliver medical and equipment to liberate any trapped or sinking soul.

The Saver Whale, equipped with cameras, sonar, and radar for detection, and a radio system for communication, can be deployed from the helicopter, to venture into depths of the hostile waters of the ocean where sending human is riskier. The drone, on detecting a survivor or diseased and can instantly relay the message to the rescue team and request assistance. In addition to calling out for backup and relaying its live location, this versatile sub can equip the survivor with a life vest, rope, and other gear from the first aid kit onboard.

Interestingly, the Saver Whale is also conceptualized to shoot out a net on a dead body located, to fix its position, so it’s not lost in the water current. There is already a range of rescue robots that can crawl in the rubble, fly over fires, and swim in deep waters to help first responders in executing operations. Yet, Saver Whale with its payload carrying capacity and more organized approach can definitely go through improvisations to one day dive to the ocean beds in search of marine accident victims. 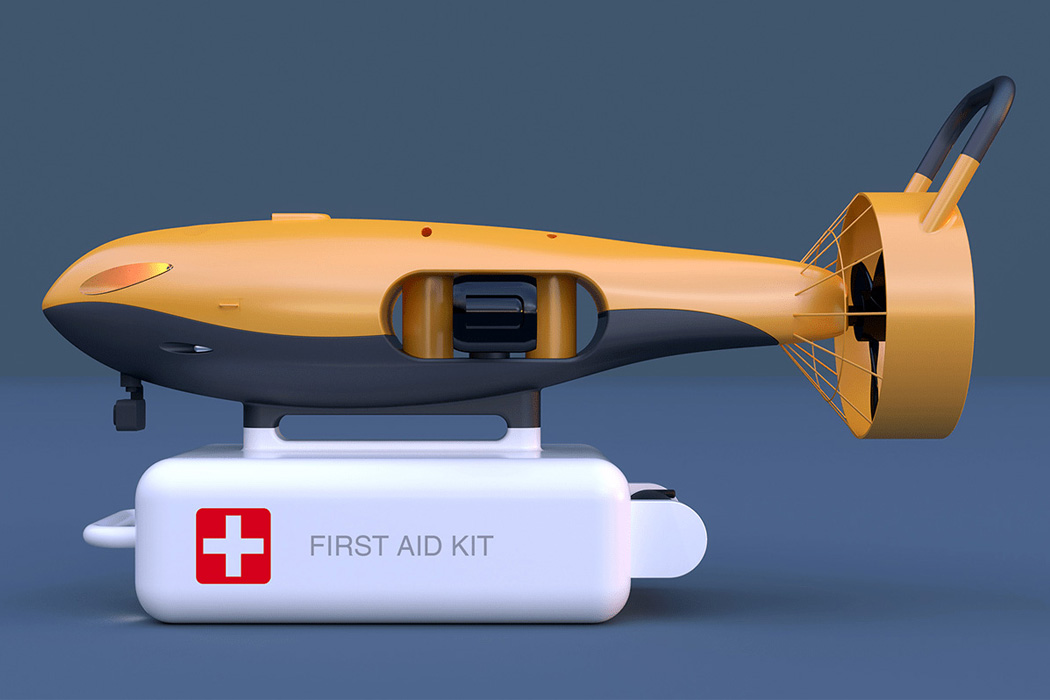 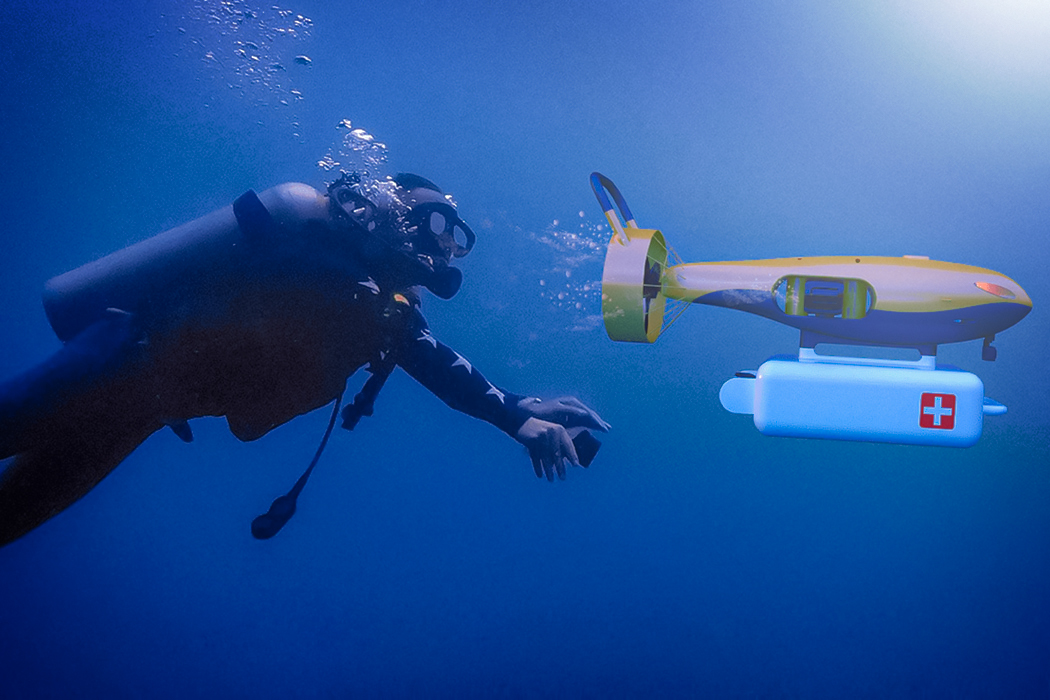 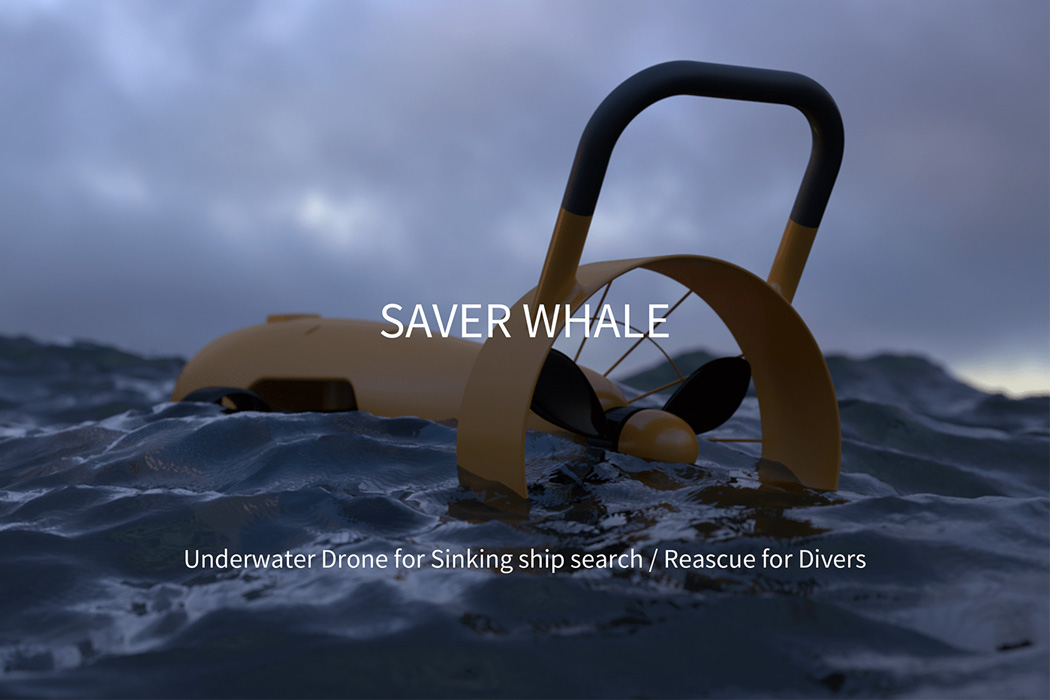 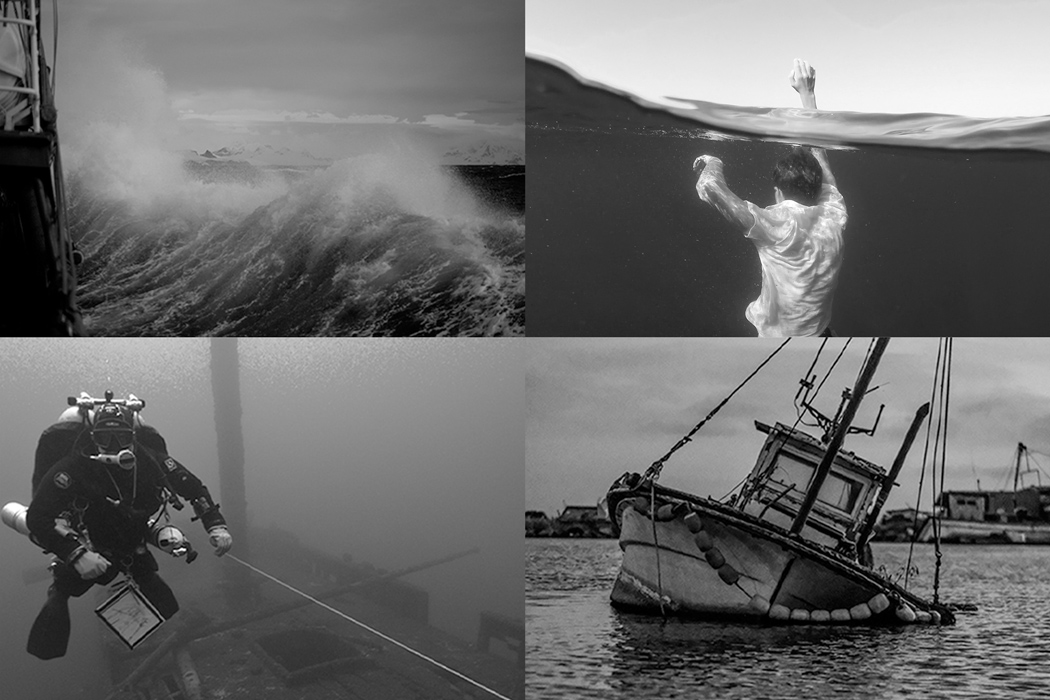 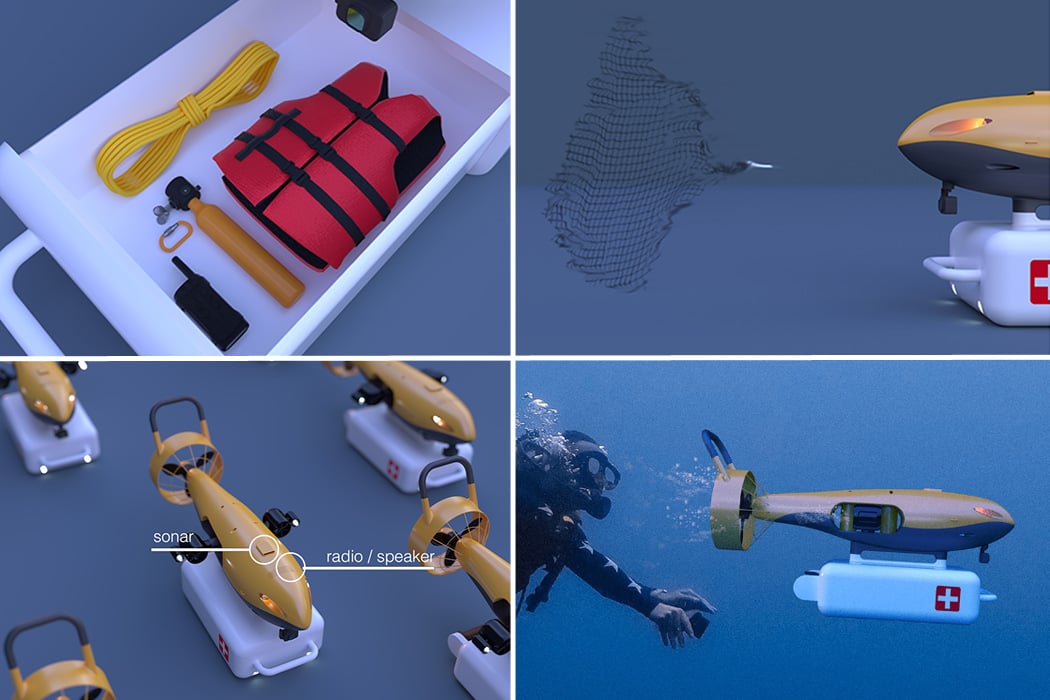 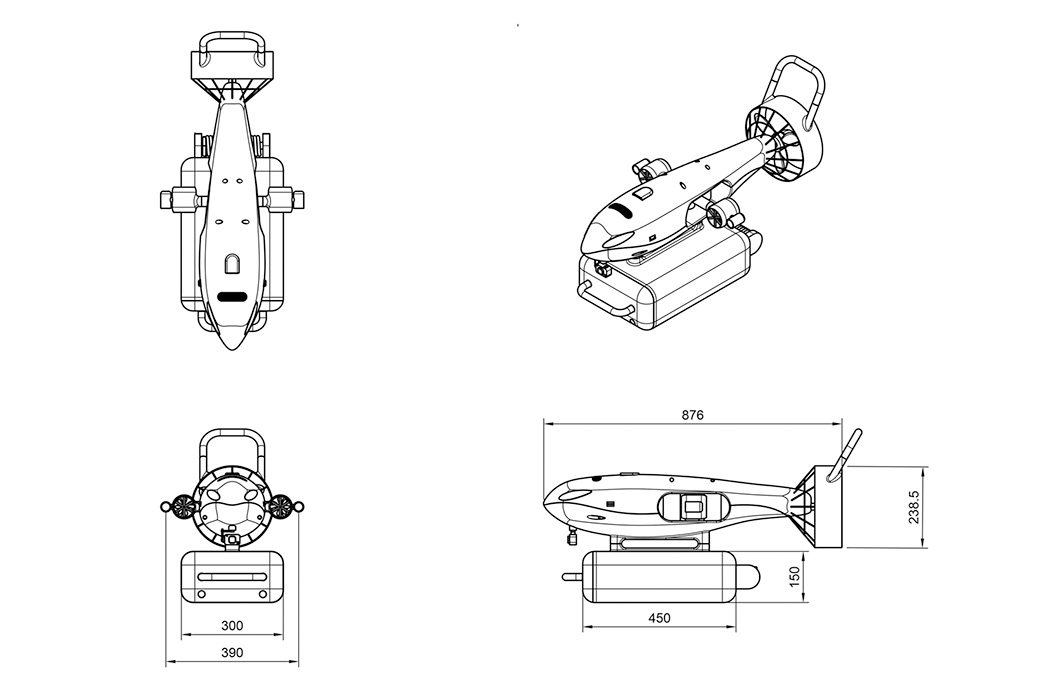 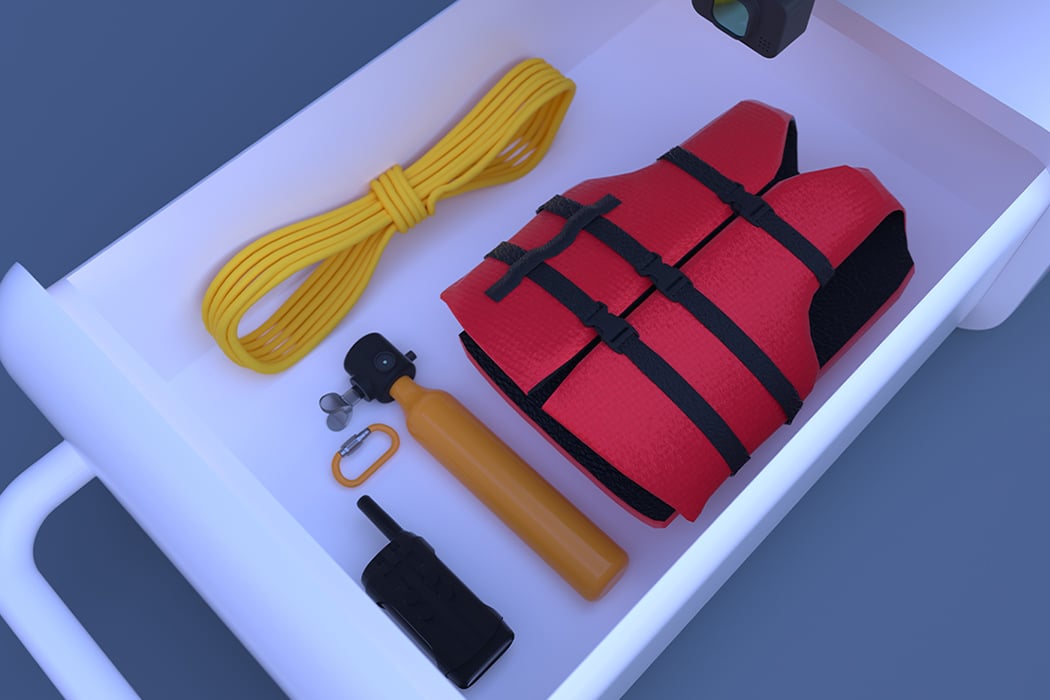 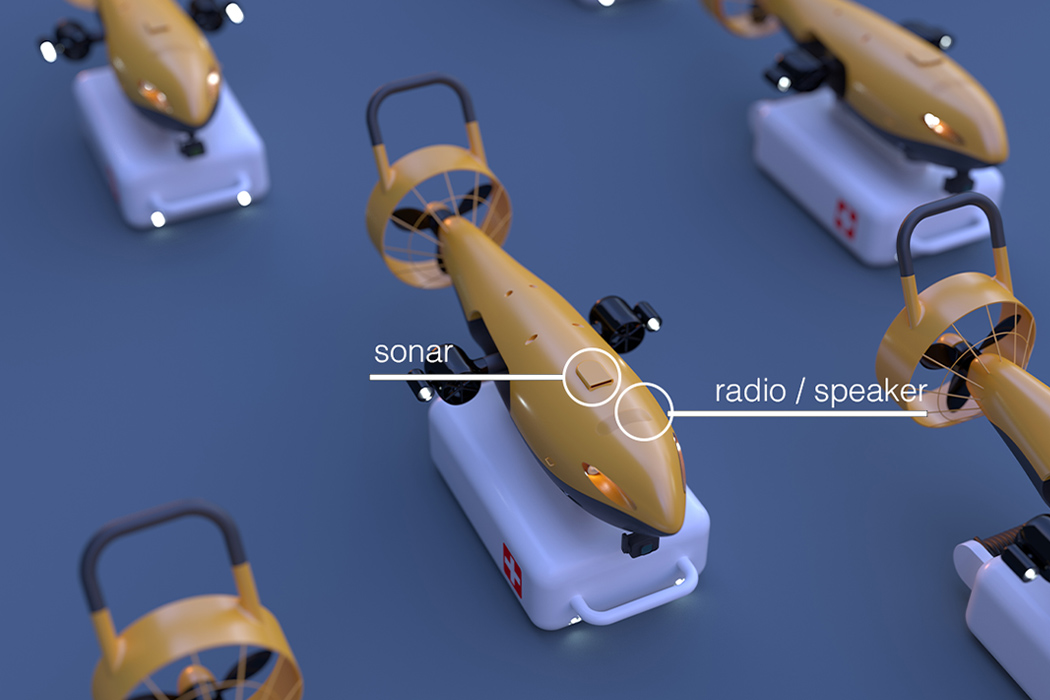 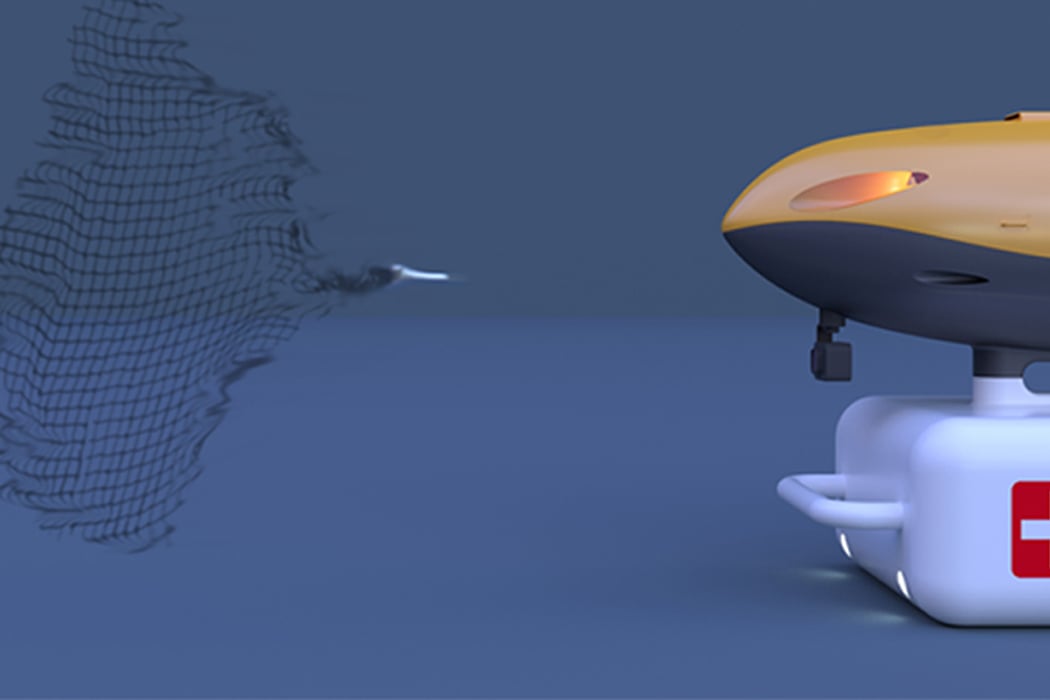