Imagine being able to admire your city’s beautiful landscape while traveling (something that isn’t really possible in underground subways, or in tightly packed buses). BOSCH is rethinking urban mobility in a way that allows public transit systems to be as convenient as private cars, with the added advantage of being able to admire your city from up above. Partnering with Art Lebedev Studio to envision what this new form of transport would look like, you’ve got yourself a full fleet of robust, autonomous cable cars, running on a well-planned network that covers all important parts of a city.

This cable-car system is incredibly effective for a multitude of reasons. It’s financially and physically easy to expand cable networks without disrupting existing architecture (building subway lines and stations can cost enormous sums of money). The cable cars even have an edge over buses because they can actually travel in straight lines, independent of existing roadways, or of traffic. These uniquely designed cable cars don’t even require special stations or stops, thanks to a feature built into each car that allows it to descend down onto the road every time someone needs to hop on or aboard. Working essentially like an autonomous flying car (even though it’s just suspended above the ground), these cable cars can efficiently pick you up and drop you off wherever you need. Each car seats as many as 5 people, offers a stellar elevated panoramic view of the city, is weather-proof, and runs on clean renewable electrical energy. The cars also come with WiFi on board too, obviously!

BOSCH and Art Lebedev’s conceptual cable car system currently exists as just a visual representation, but Art Lebedev’s website mentions Moscow may be the first city to ever see this revolutionary travel system! 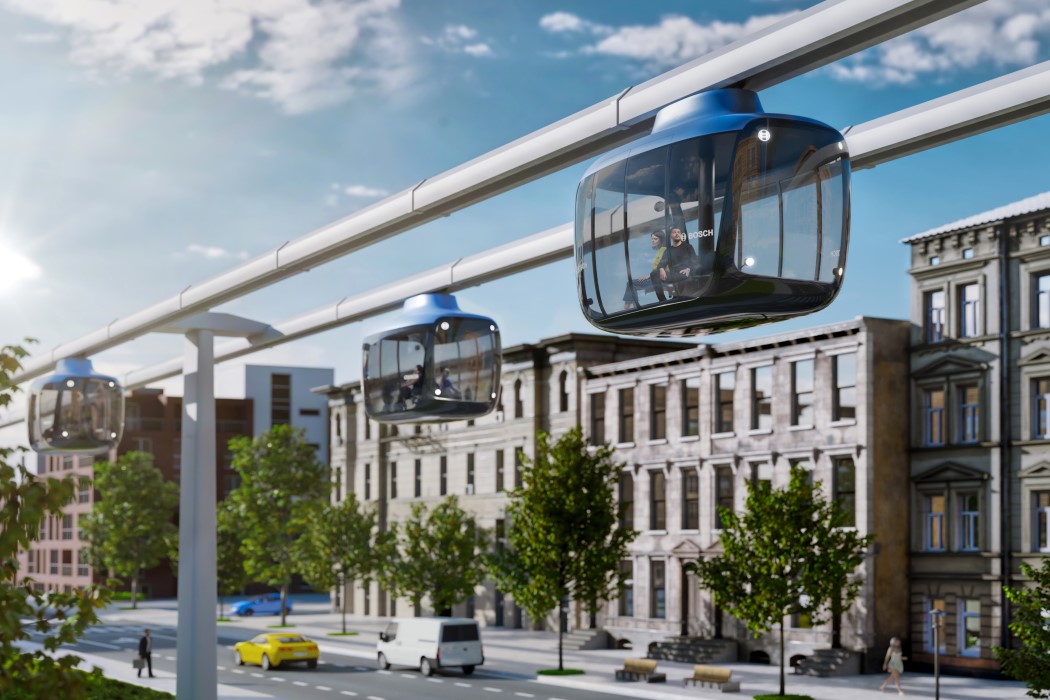 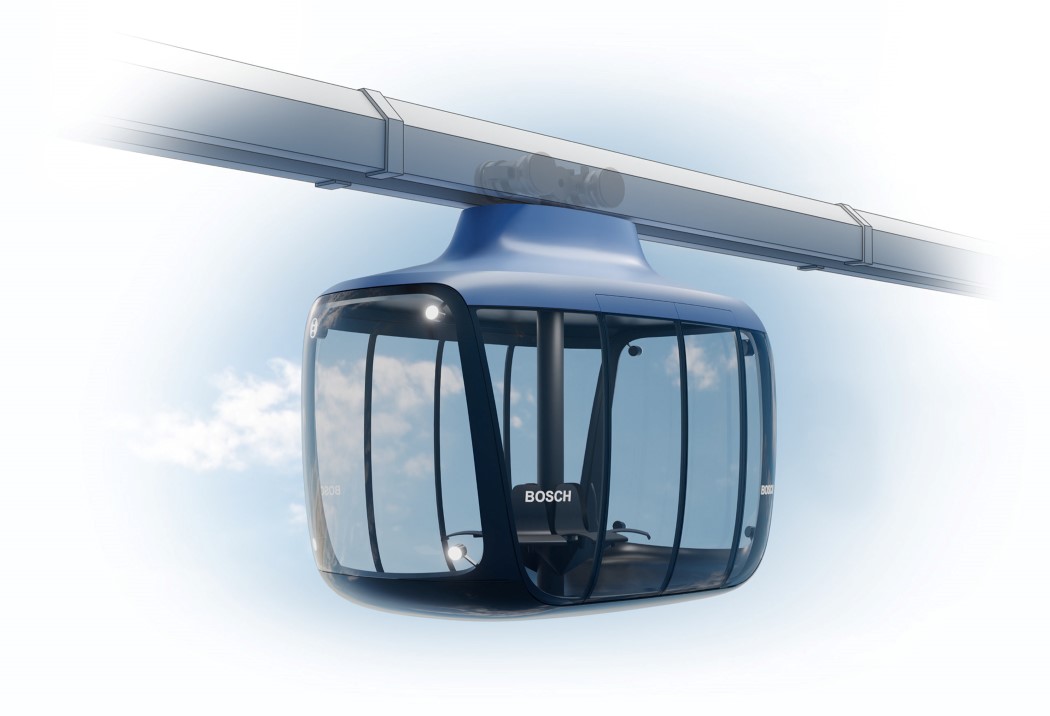 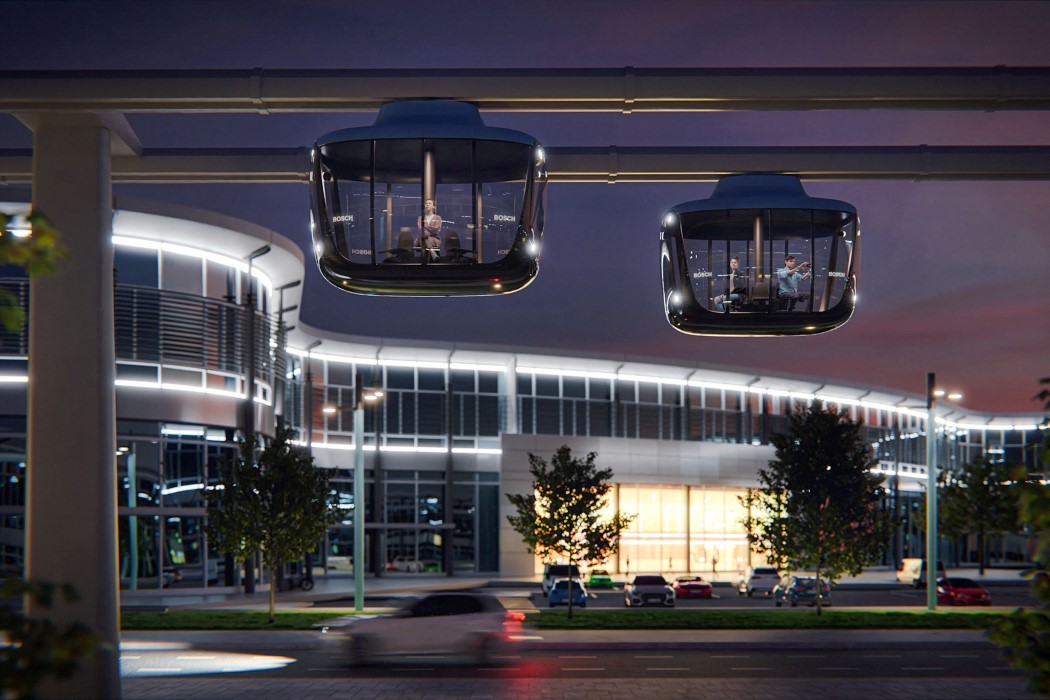 Just when you thought tubeless bike tires are the best thing on the road for your bicycle, the next revolution has arrived. The very technology…

I get these mixed feelings when I see brilliant design. I’m awed by it but at the same time, I’m jealous for not thinking of…

Is this the future of transportation?.  Two peoples can be travel in this flying machine inspired by a “moving shark”. The whip-like tail acts like…