Pratt, in a crazy scheme to promote its students, alumni and faculty, recently outfitted two Brooklyn condos on the corner of 3rd and Bond Street with every manner of design paraphernalia, invited a bunch of people and put up an open bar. Color me there.  Drawing on past and present Pratt faculty and students like Eva Zeisel and Tucker Viemeister, the spaces came alive with conscious, inventive, often green, always cool design. 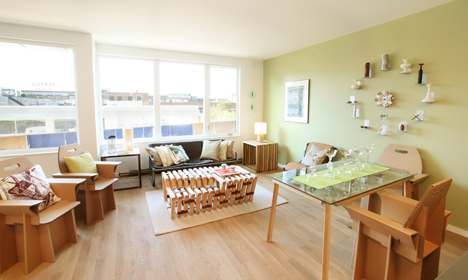 The space of the upper apartment above uses the Dual Height Bench from David Zachary as a delightfully geometric centerpiece surrounded by a one-of-a-kind lounge from Eva Zeisel as well as cardboard chairs from CardboardDesign.  In a similar nod to cardboard, the winerack from Anthony Caradonna and Pratt architecture students (below) will contrast nicely with your expensive wine and if the recycled cardboard doesn’t assuage your eco-guilt, its alcoholic contents surely will. 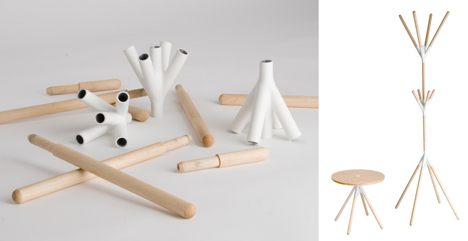 One of my personal favorites, the Array Series from Pratt alumnus Jason Pfaeffle (above), will appeal to any former K’nex fans who can’t resist taking apart their furniture and putting it back together as they like.  Evoking similar focus on user interaction, the Rosebud Felt Bowl from alumnus Diane Ruengsorn below has the user snap the bowl together using a magnets embedded in a single piece of industrial felt. 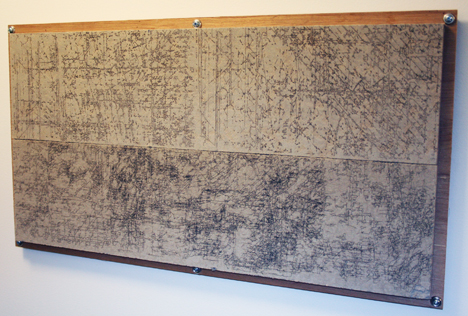 Also displaying a selection of fine art from the school, the Laser Bed Prints (above) were captured from the Architecture department’s often used laser cutting machine by Pratt professor Mark Parsons and transferred to Homasote, rendering otherwise discarded scraps into something beautiful.  Using the same laser cutting process, Anthony Caradonna cut away the disarming lamp shades (below) which, standing erect by their own cylindrical structure, are simply placed over a bare lightbulb. 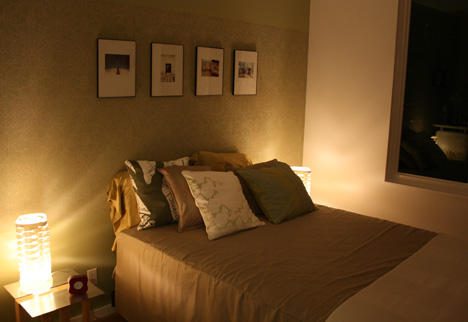 Finally, seeing Pratt alum Harry Allen’s C’mere Hand Hook in person, holding a Timex watch from Evo Design, confirms every suspicion I had, it is indeed as creepy in person as it is on the ‘tubes.  If anyone in the Brooklyn area has an interest in the condo’s and between 300 and 900 large burning a hole in their pocket, drop by Third and Bond, for those less filthy rich I would suggest the newly opened Yanko Store. 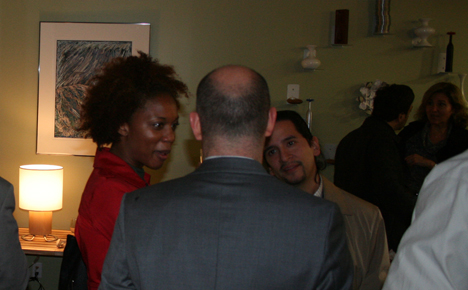 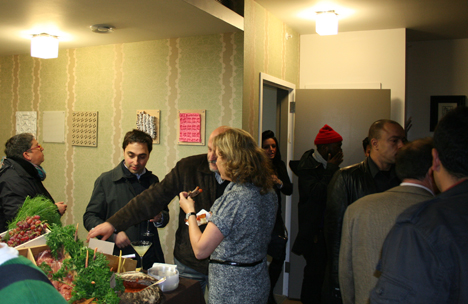 This project is called ‘The Future Of Mobile Computing’ and it is the conceptual exploration of potential applications of future flexible technology. To streamline the…

In a landscape where VR headsets are graduating to be a more practical accessory for end-users, the Porket VR headset phone case is the direction…