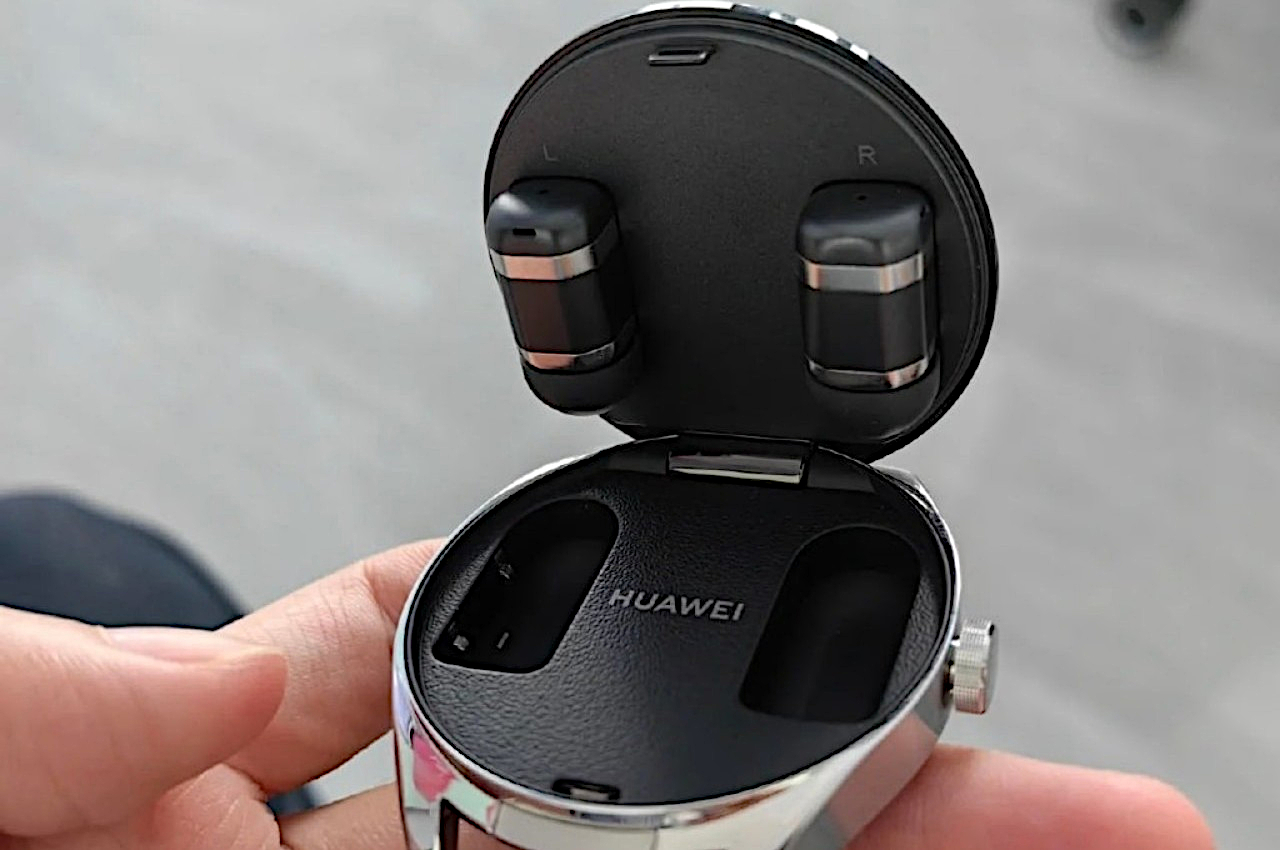 Thanks to the retirement of headphone jacks on more recent phones, wireless earbuds have started becoming a staple of modern mobile life. But while they offer the convenience of freedom from tangling cables, their diminutive sizes make them easy to lose. More importantly, the need for a charging case to keep them in means an additional object that you need to carry with you all the time and also potentially lose in the process. There have been some attempts to solve this problem, often by tracking the location of the buds or the case and warning the owner if they stray too far. Huawei, however, seems to have designed a rather crafty solution that removes the need for a charging case and, coincidentally, gives its own smartwatch another reason to exist. 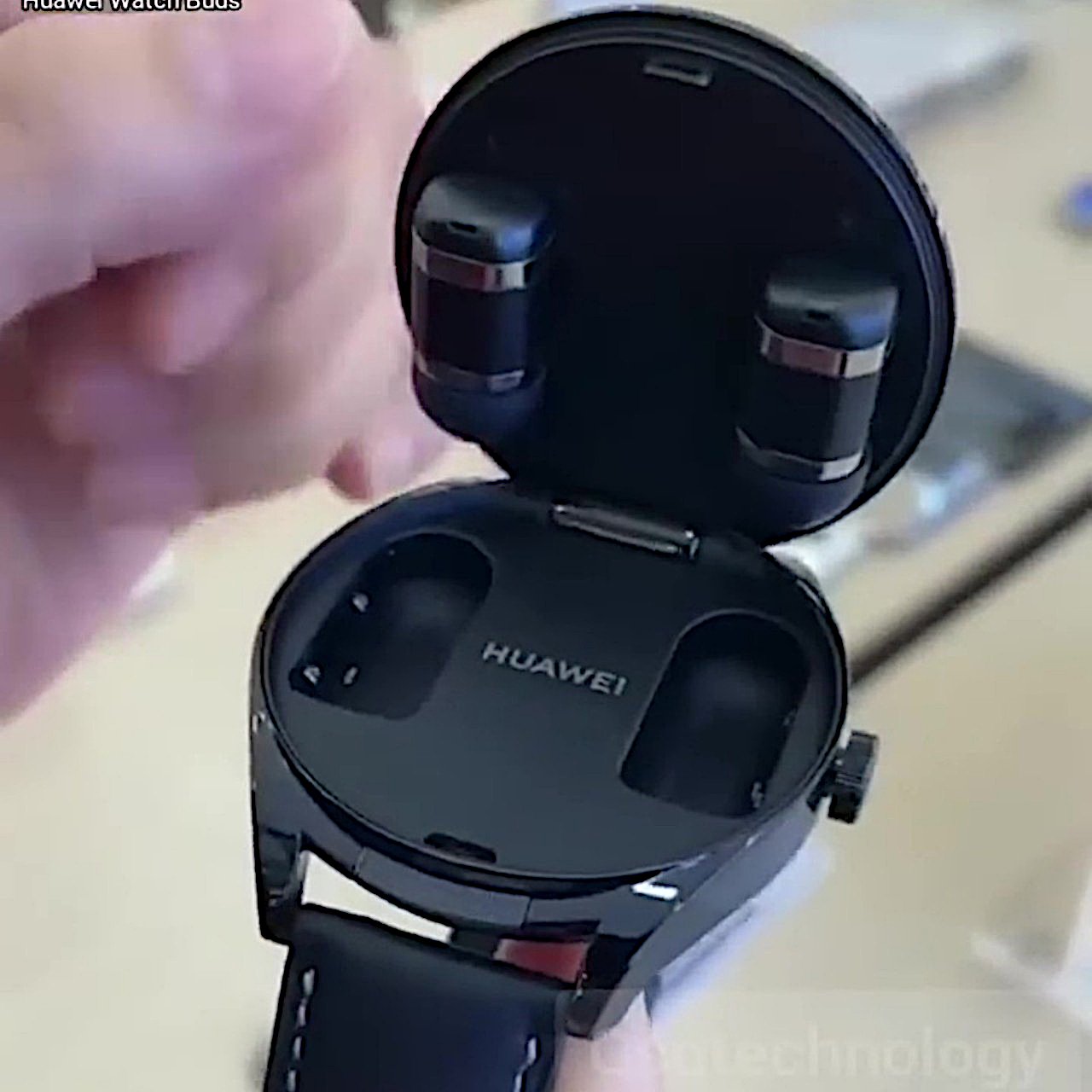 It wasn’t until recently that smartwatches became a more common consumer electronics device, in no small part thanks to Apple creating a niche for it. Not everyone, however, might be in need of an advanced fitness tracker and mobile health diagnostic device, but there will always be a few that will need TWS earbuds to go along with their smartphones. Huawei’s solution is simply to merge the two so that you get both for the price of one or probably the equivalent price of one and a half. 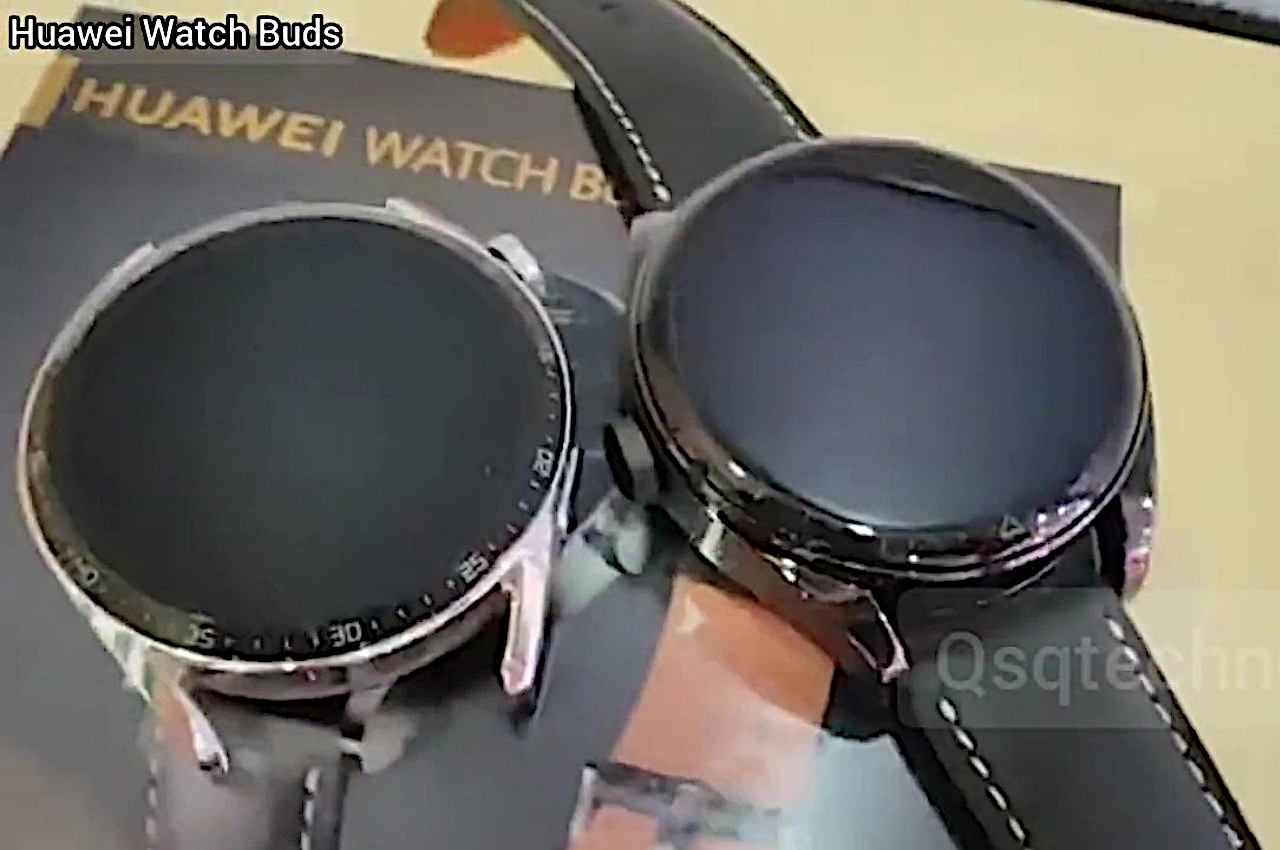 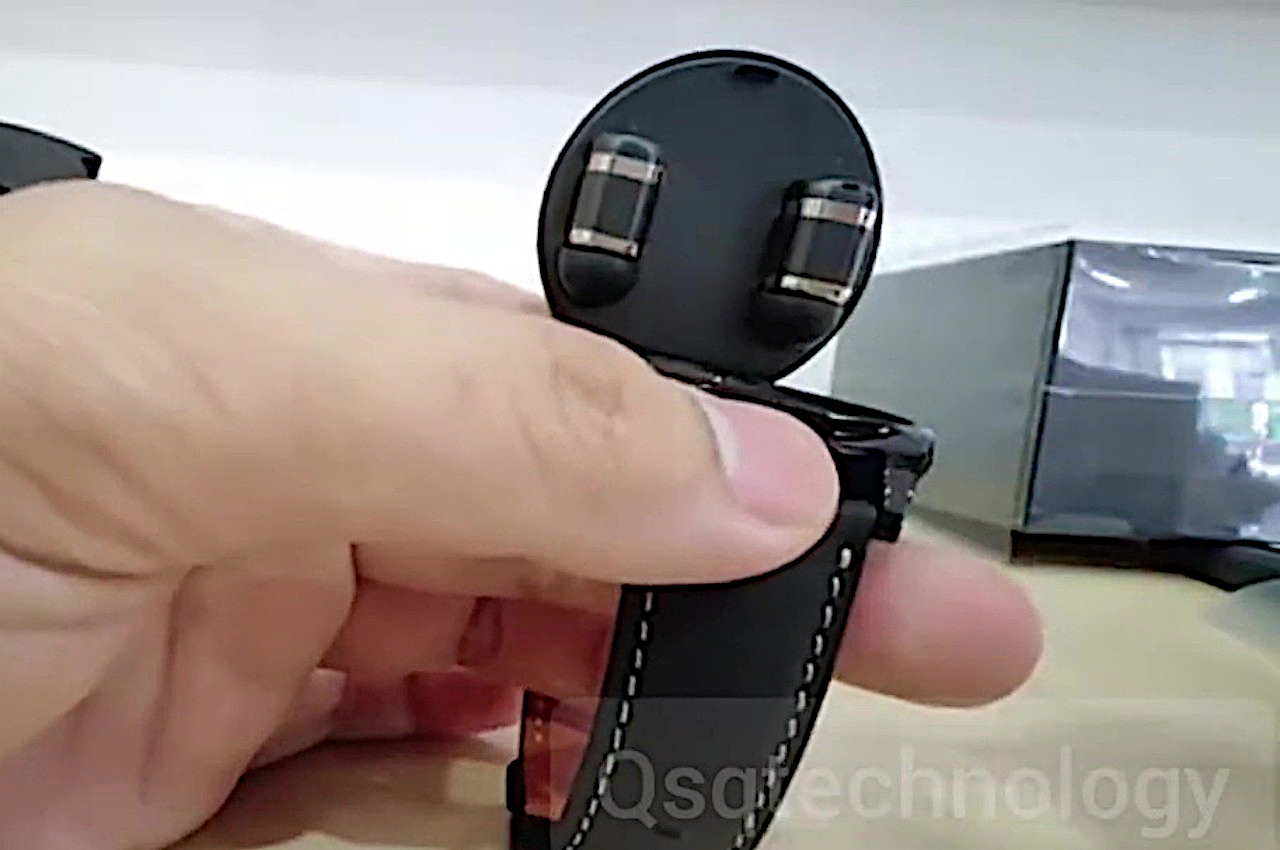 Huawei recently teased its next wearable called “Huawei Watch Buds,” which is a rather odd name that sounds like a mashup of two devices. Apparently, that’s really the case, and a batch of leaked photos and a video shows a smartwatch with a pair of wireless earbuds hidden inside. Conversely, it could also be a pair of buds that come with a charging case that happens to be a smartwatch as well. Either way, the design is both ingenious but also odd, and it trades in some problems for others. 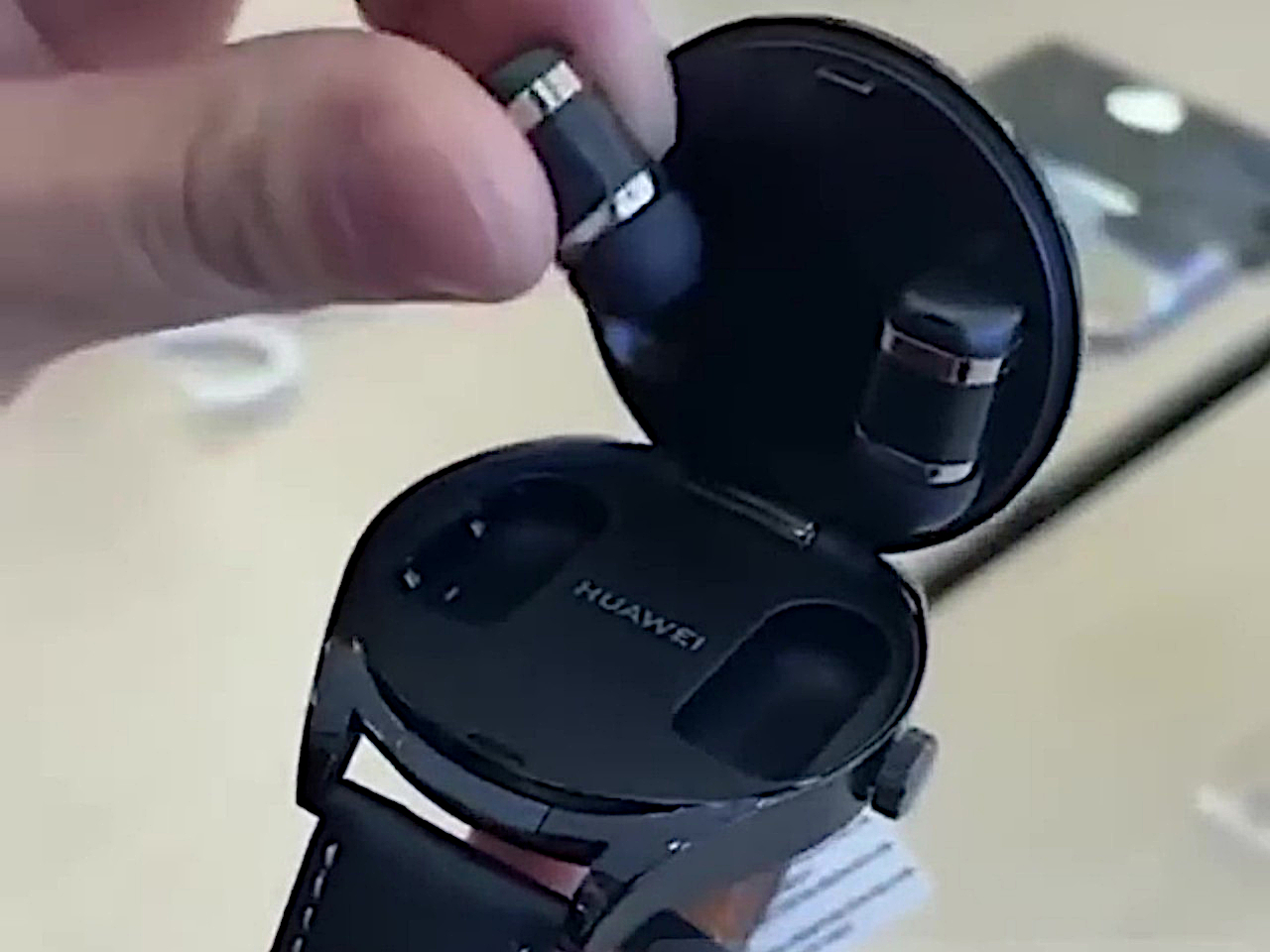 Given the fact that it has to store earbuds inside, the smartwatch’s body is unsurprisingly quite thick. This comes at a time when most non-sports smartwatches are trying to go on a diet to make them more presentable and more appealing to buyers. The earbuds themselves are also quite small by necessity, and they come as small capsule-like devices that might instill worries of getting stuck inside your ear. 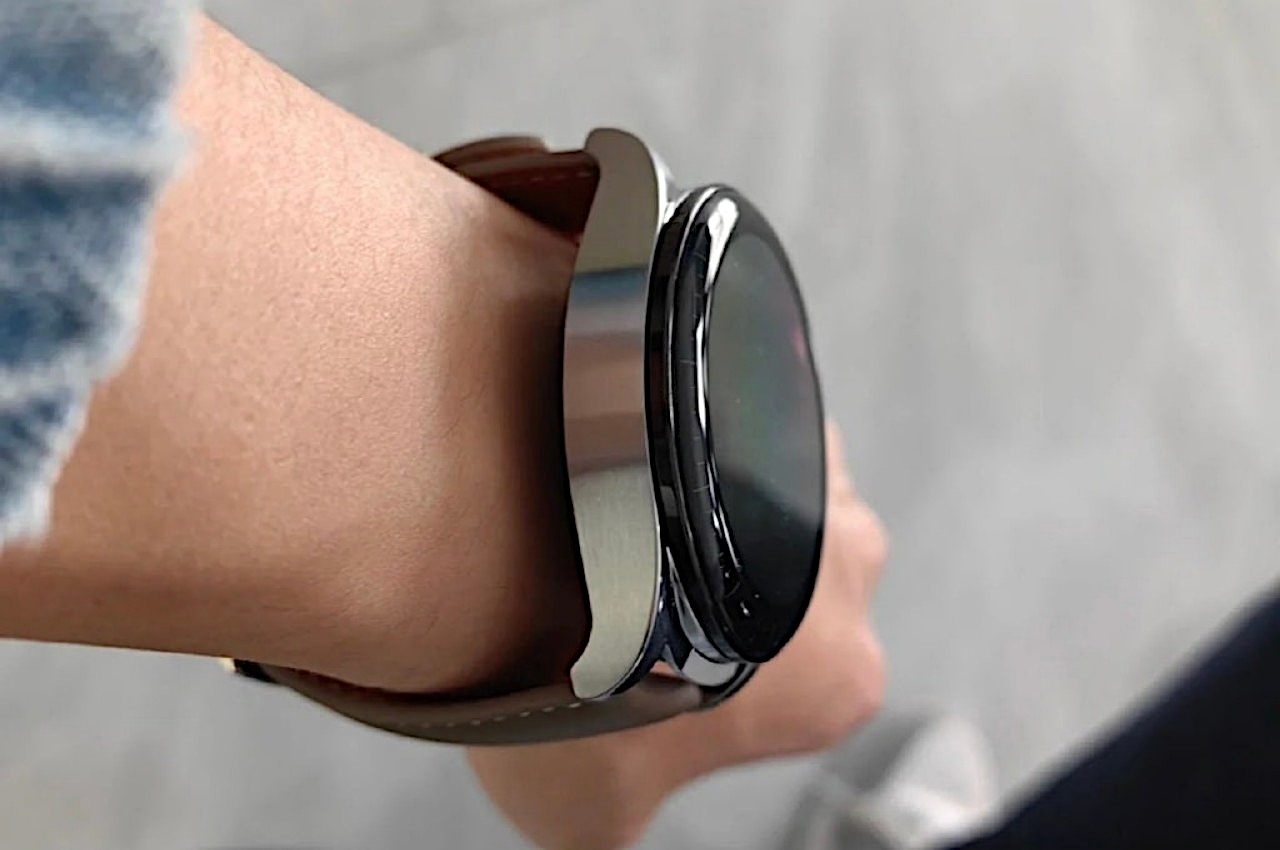 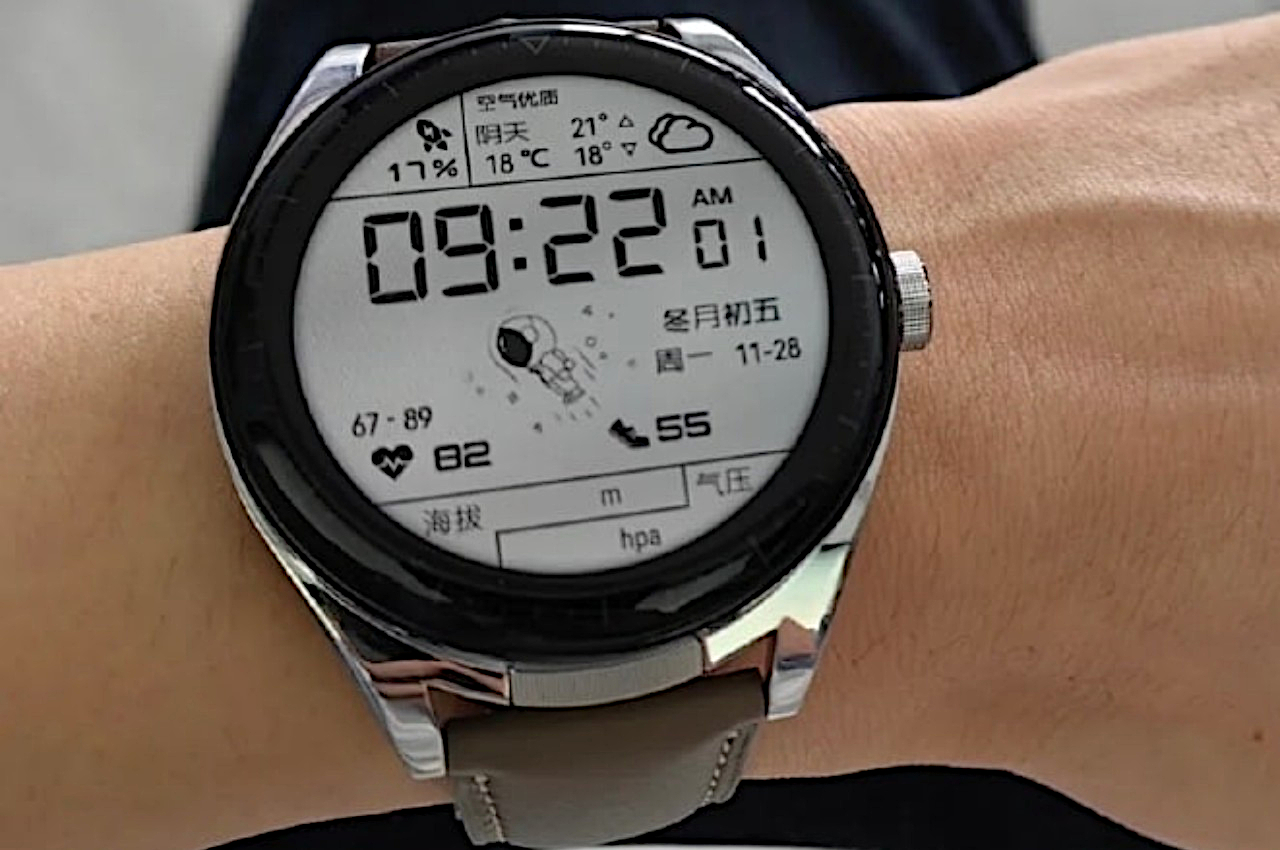 As for the watch itself, it isn’t that remarkable, especially with the large bezels around the display. Huawei will have to include a larger-than-usual battery inside to offset the needs of the earbuds, further adding to the watch’s size and weight. It remains to be seen how effective this solution will be, but one has to give Huawei some credit for thinking outside the box and designing something so interesting that you might actually want to buy it to try it for yourself. 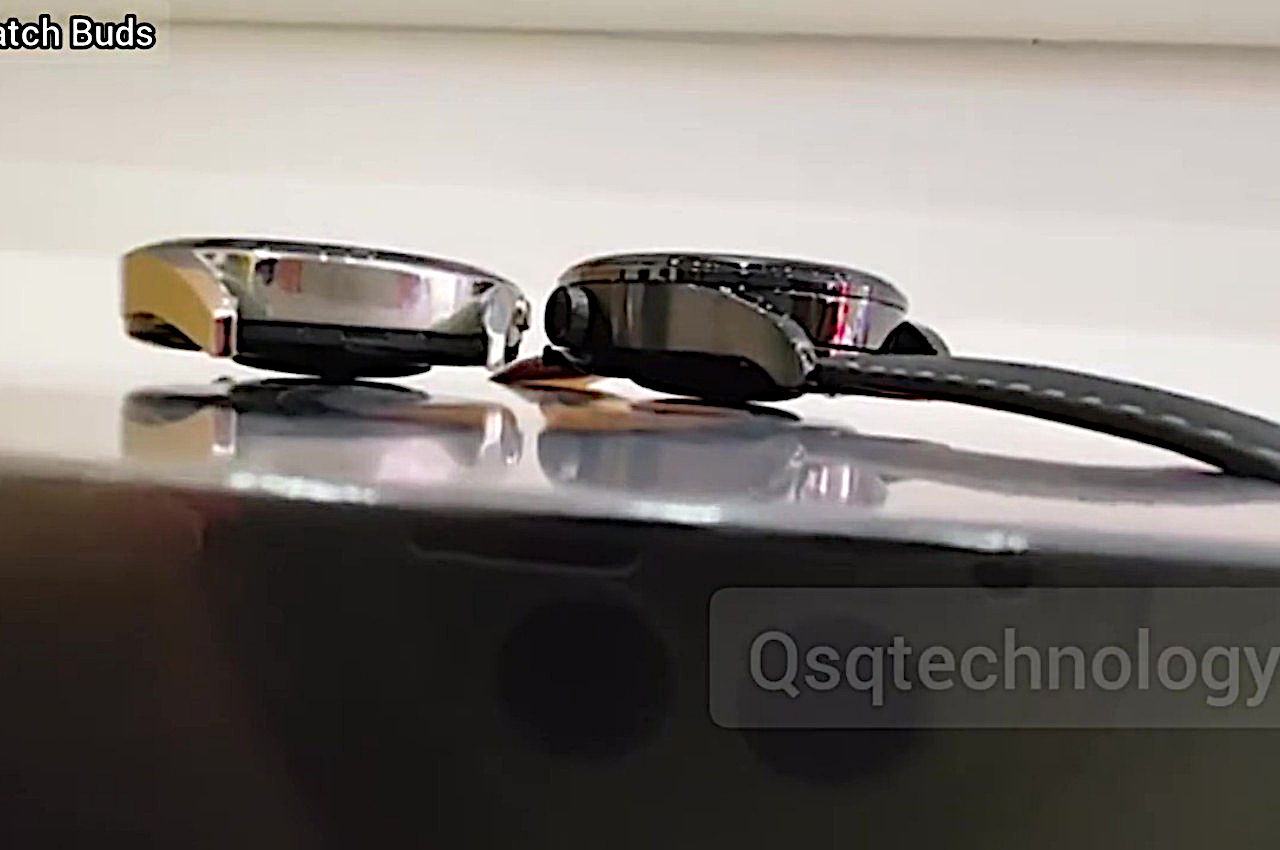 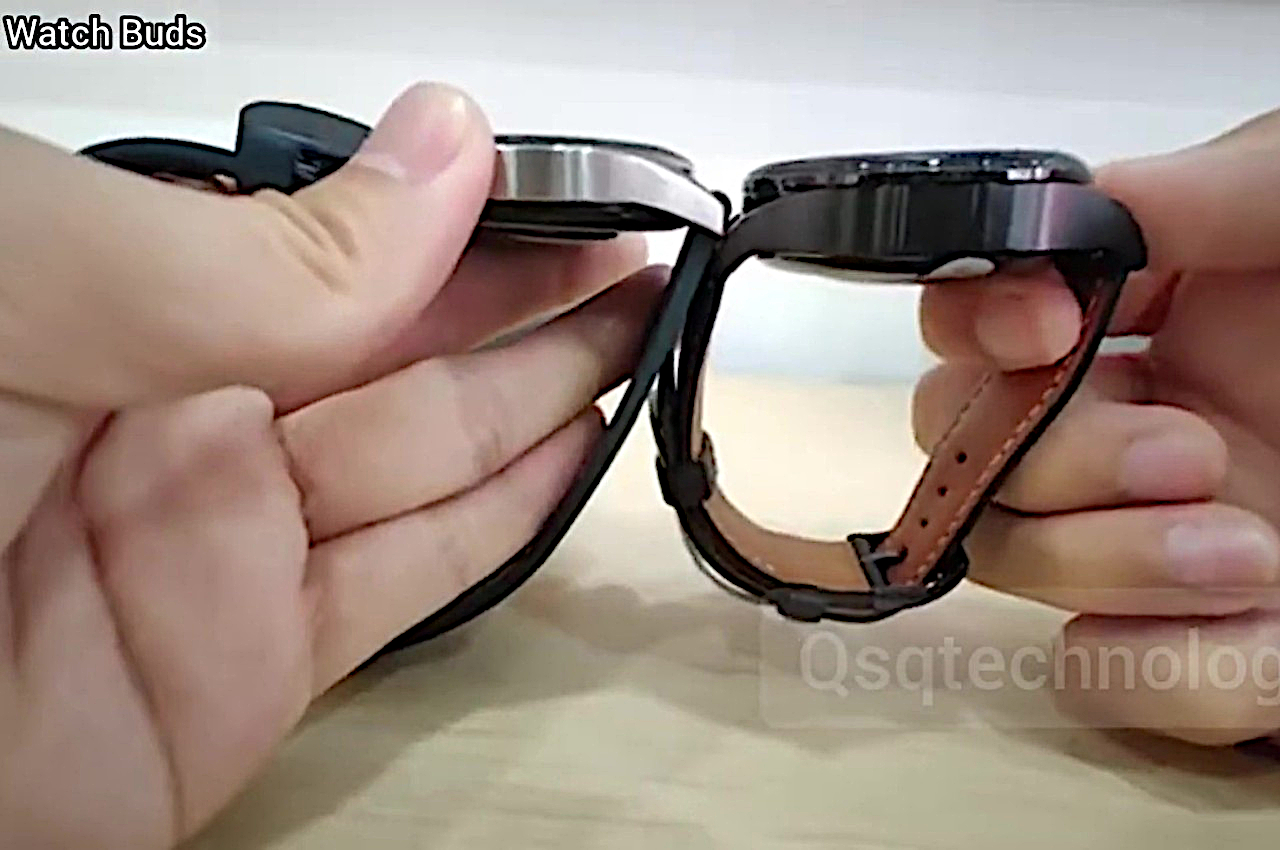 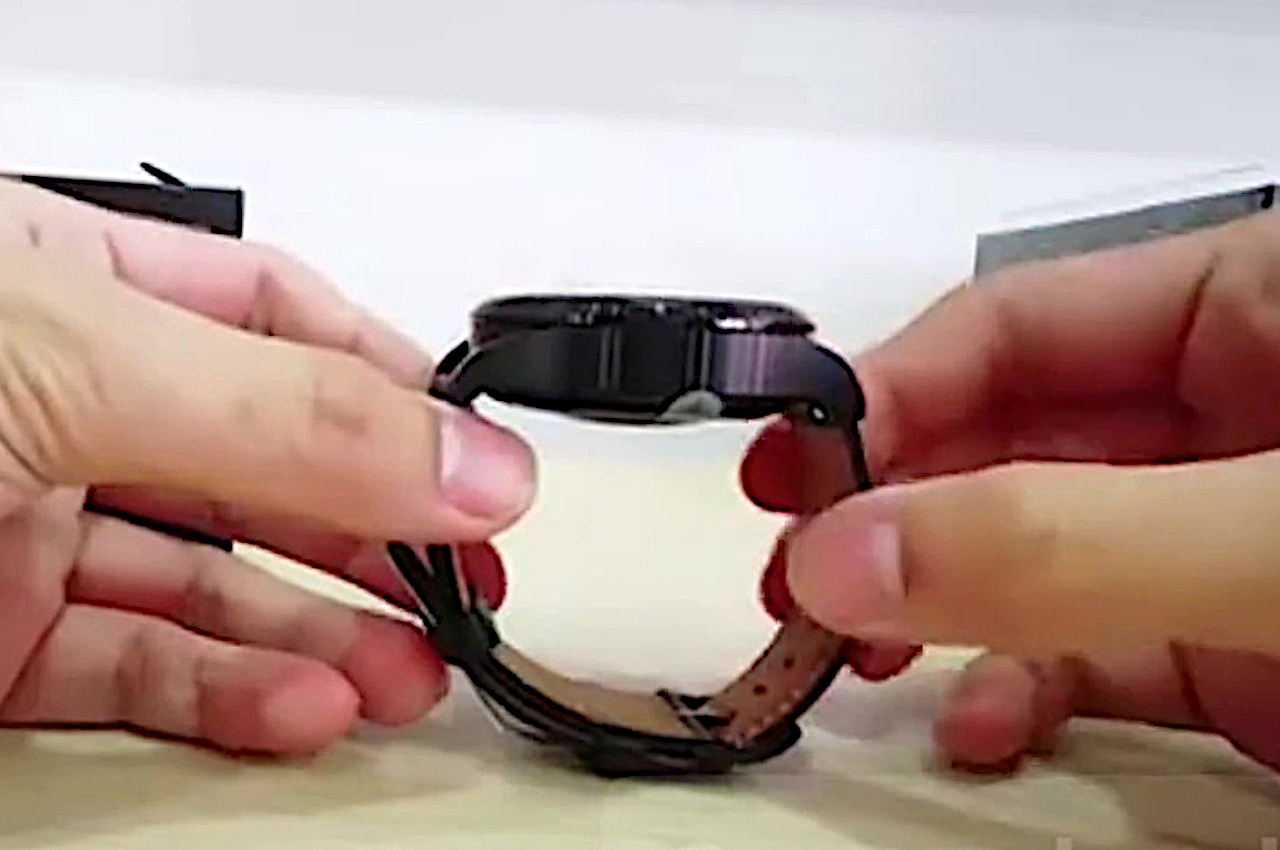 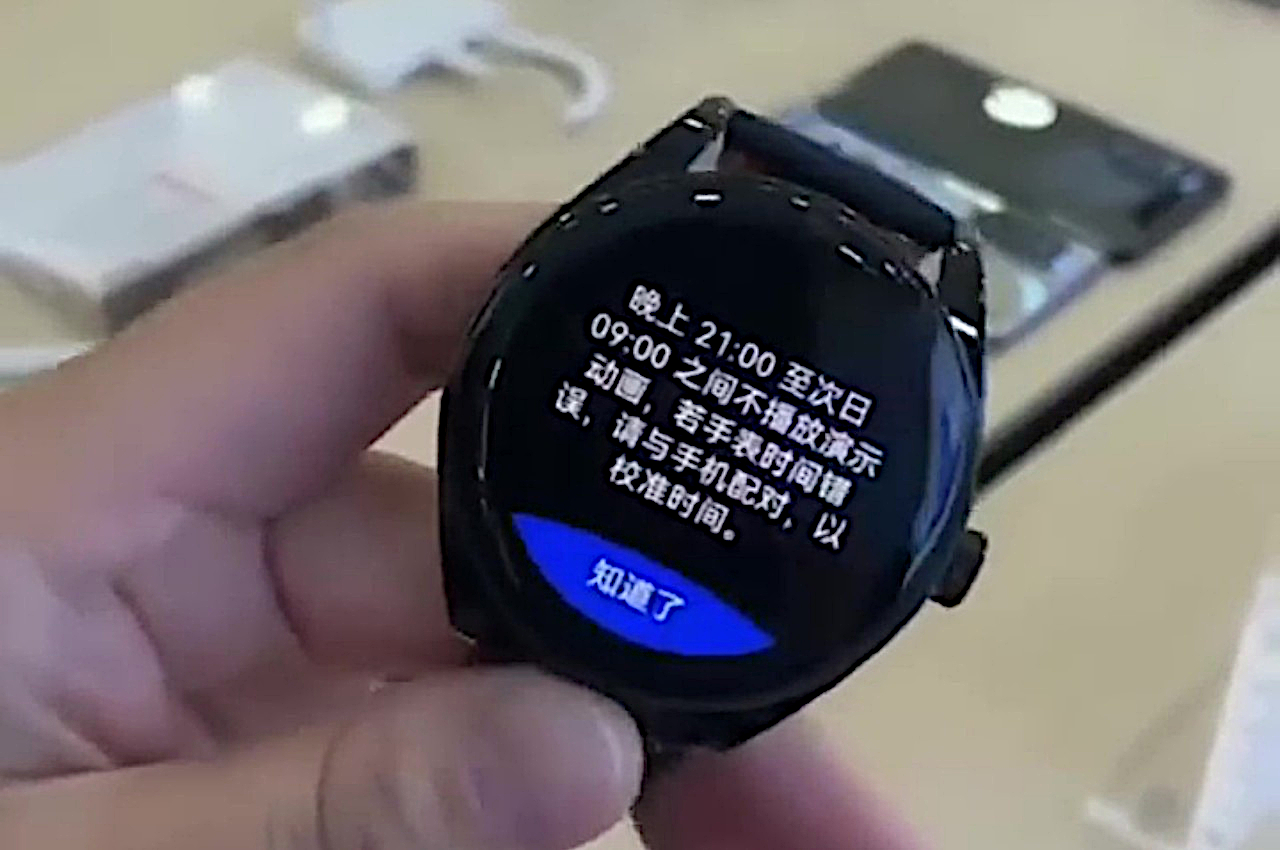 https://www.kickstarter.com/projects/ampere/cell-phone-cleaner-uv-light-multi-use-fast-wireless-charger It’s a wireless charger, but it’s better than a wireless charger. Cell by Ampere works as a dock as well as a UV sterilization…

Is It Stank By Your Computer?

Oh I know a lot of people who should get this thing ASAP. The Aroma USB has a scented fragrance strip that dispenses a nice…

A Gaming Mouse All Aglow

The Reactor mouse isn’t just a high performance gaming mouse with 10,000 DPI… it’s an extension of you! The first of its kind, the design…

Who knew that for just a couple of hundreds of bucks, you could turn your regular home into a voice-controlled one?! Say hello to SwitchBot,…