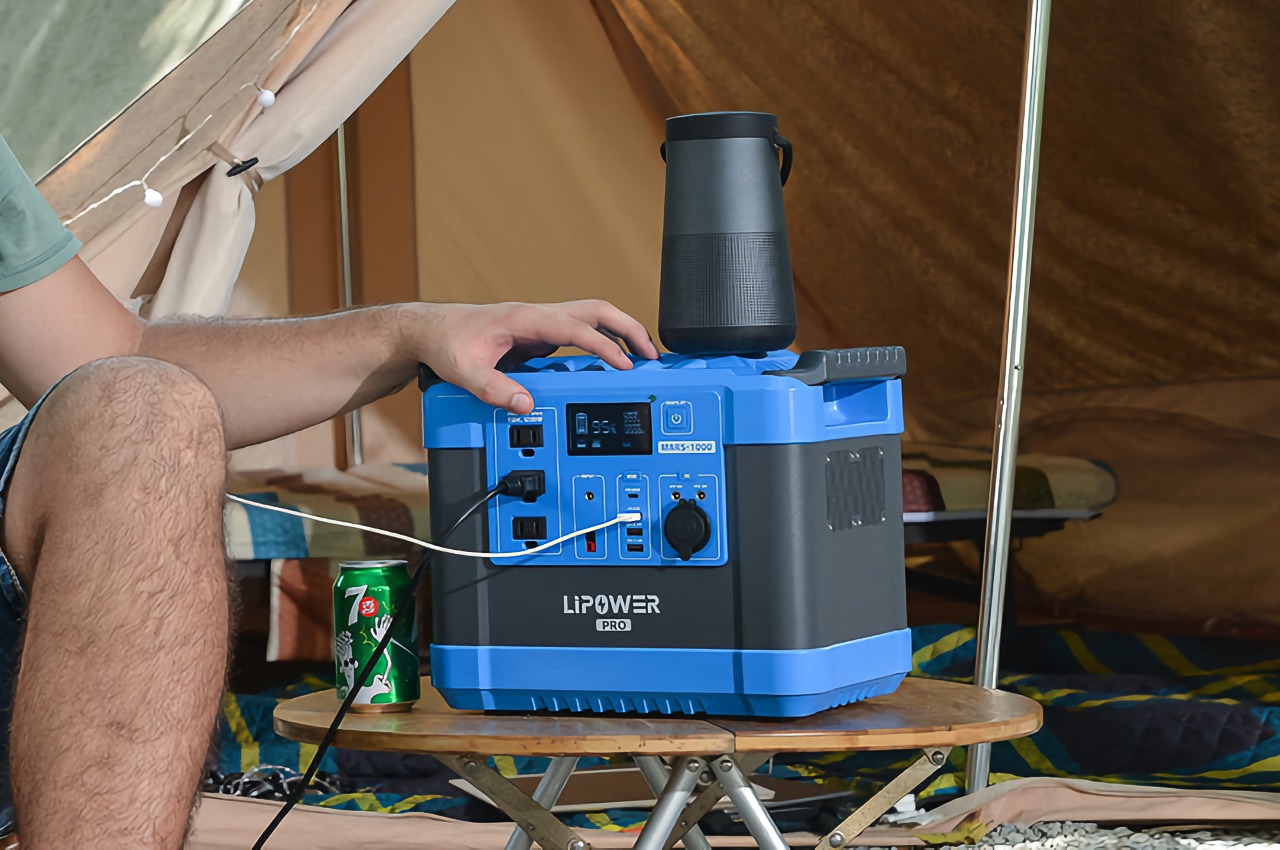 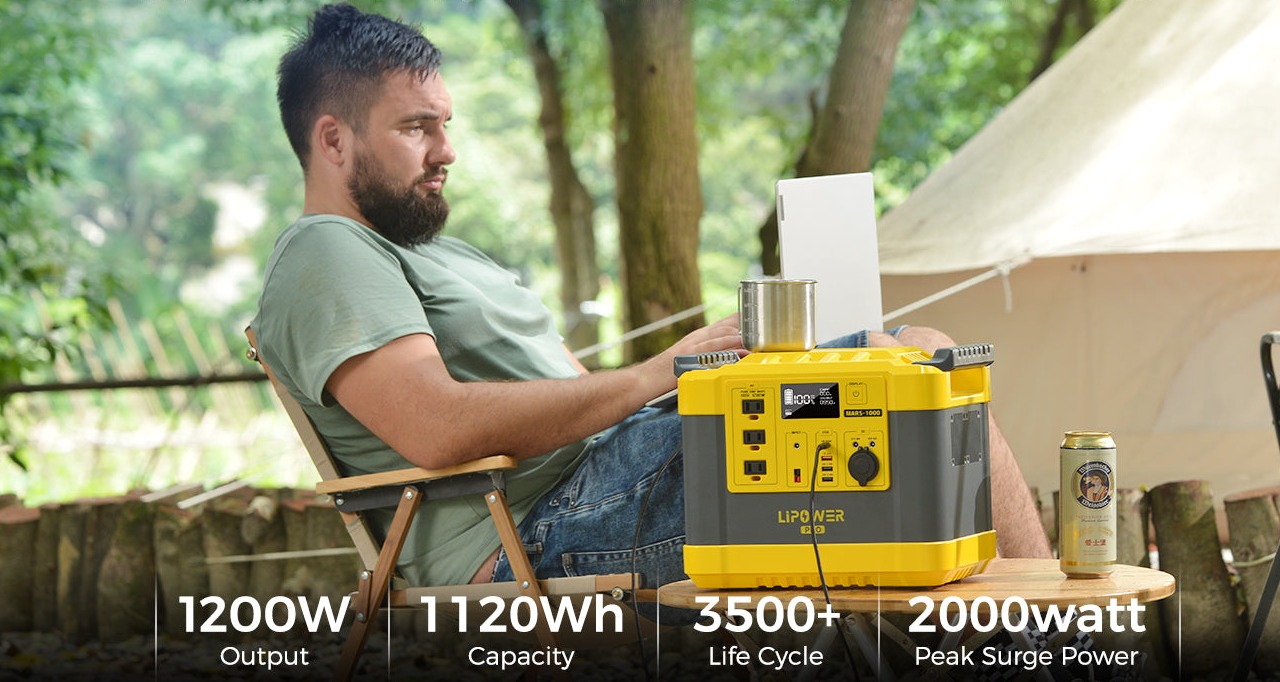 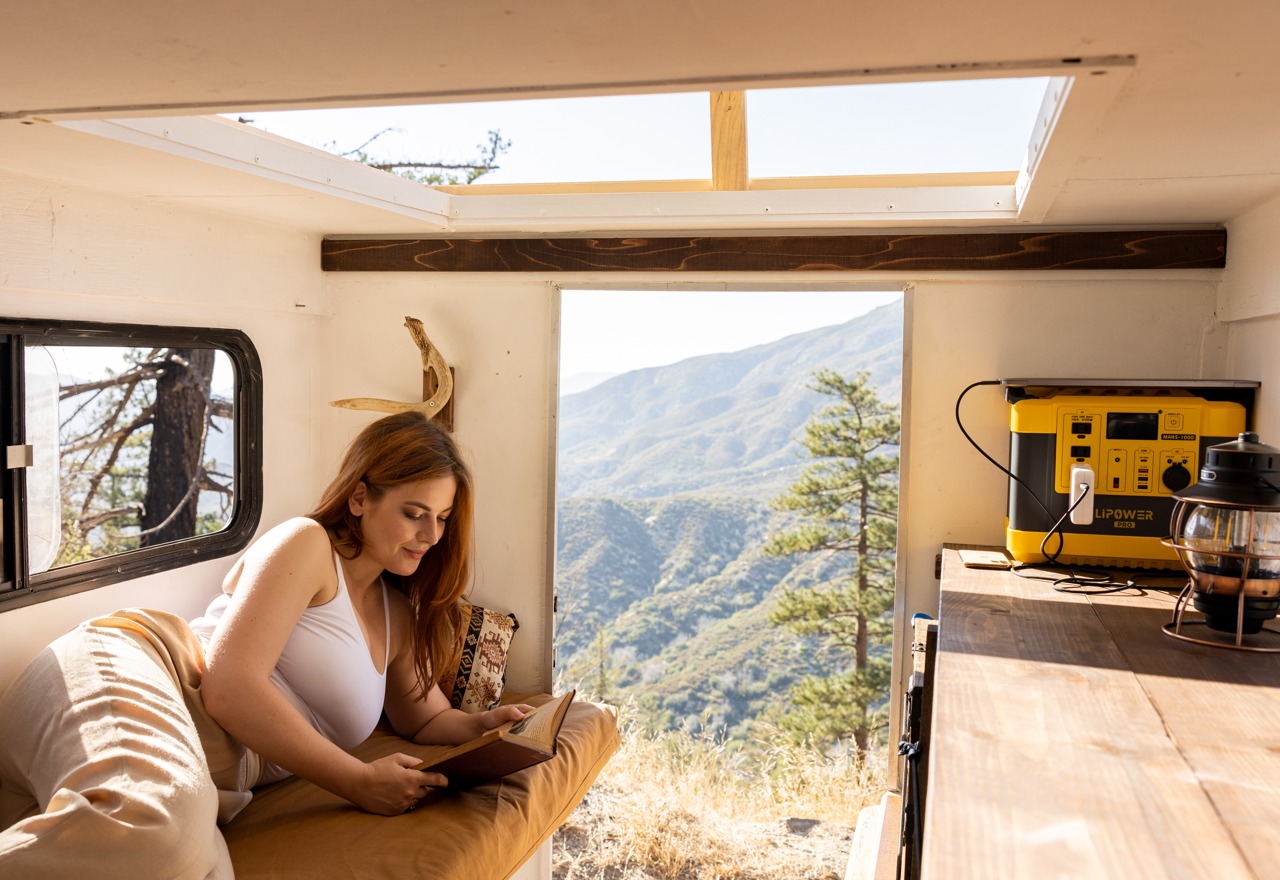 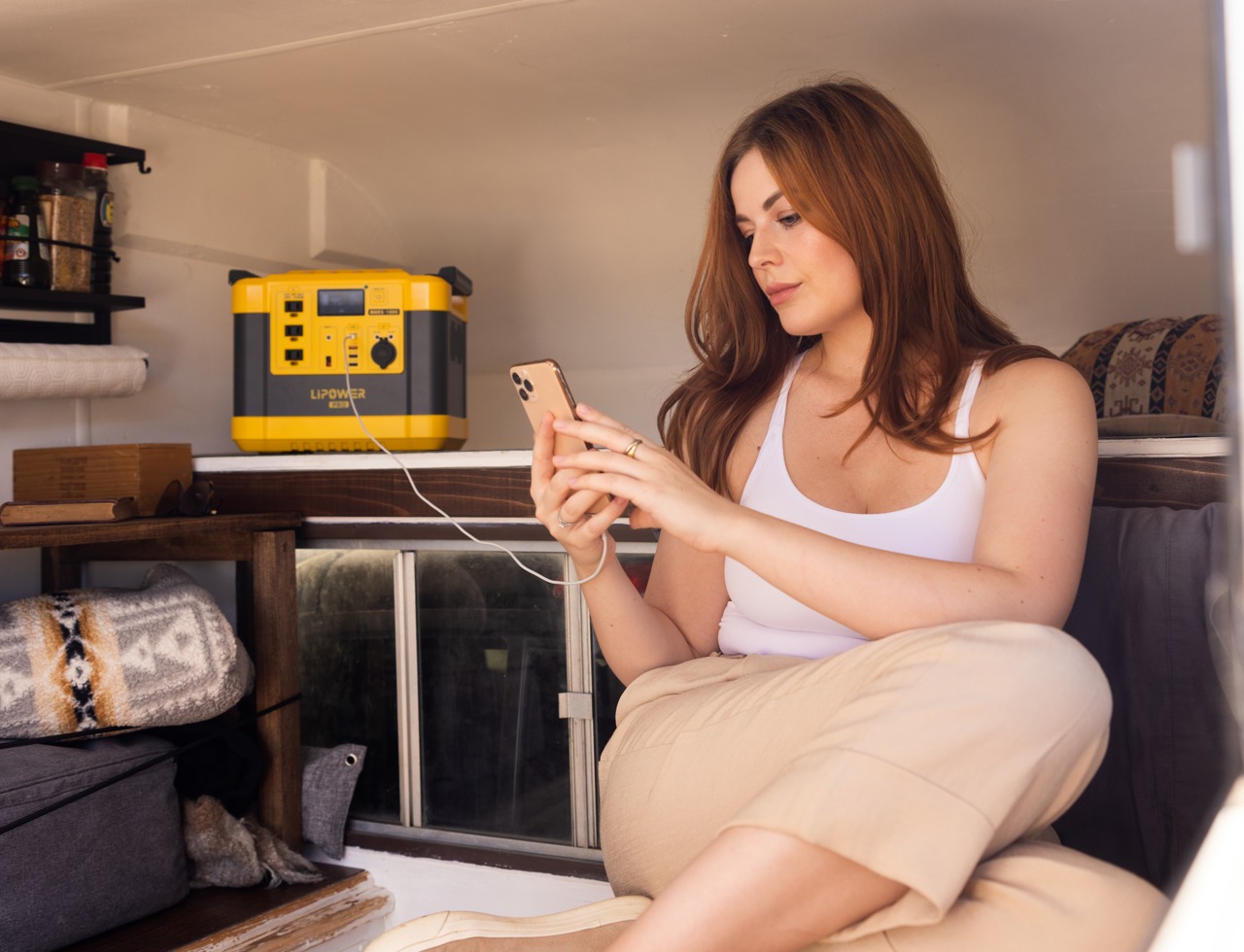 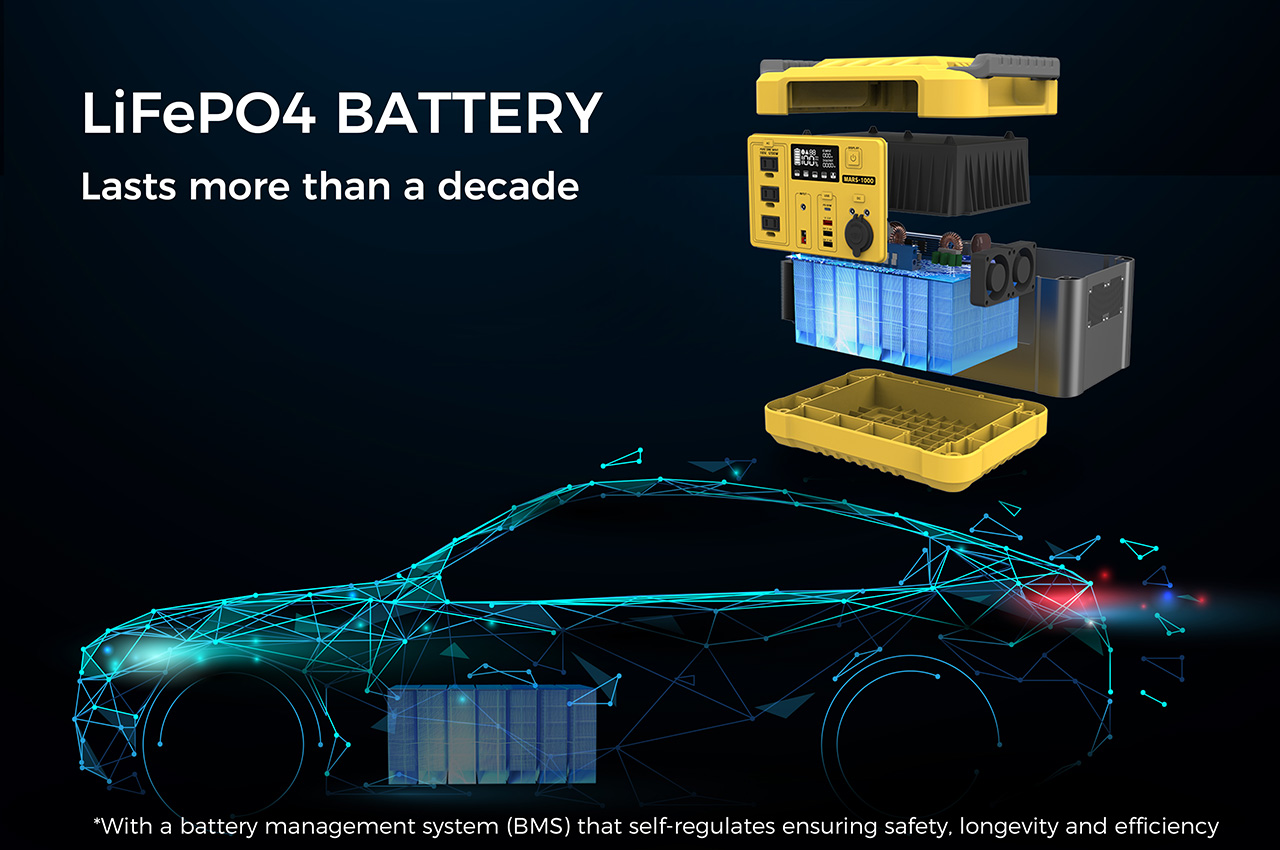 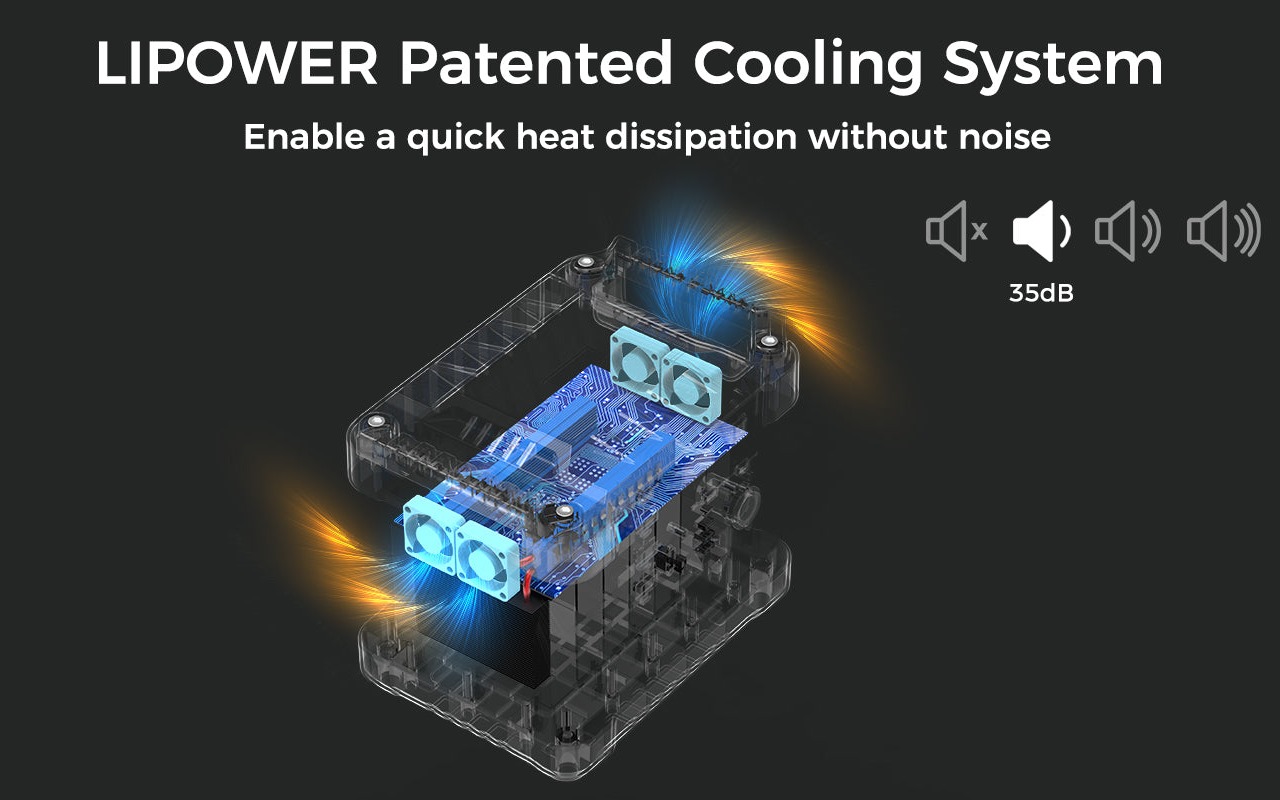 On the inside, the LIPOWER MARS-1000 PRO comes equipped with EV-grade LiFePO4 batteries that offer more than 3500 charge cycles, allowing the power station to comfortably last for over a decade with no discernable drop in performance. LIPOWER’s patented cooling system keeps the batteries and accompanying tech cool and breezy even when you’re pushing the power station to its limits, and its fans never cross more than 35 decibels of noise, making the LIPOWER MARS-1000 PRO quieter than most conventional generators. It’s also built with multiple safeguards against short circuiting, overcharging, overheating, etc., making it safer than other alternatives. 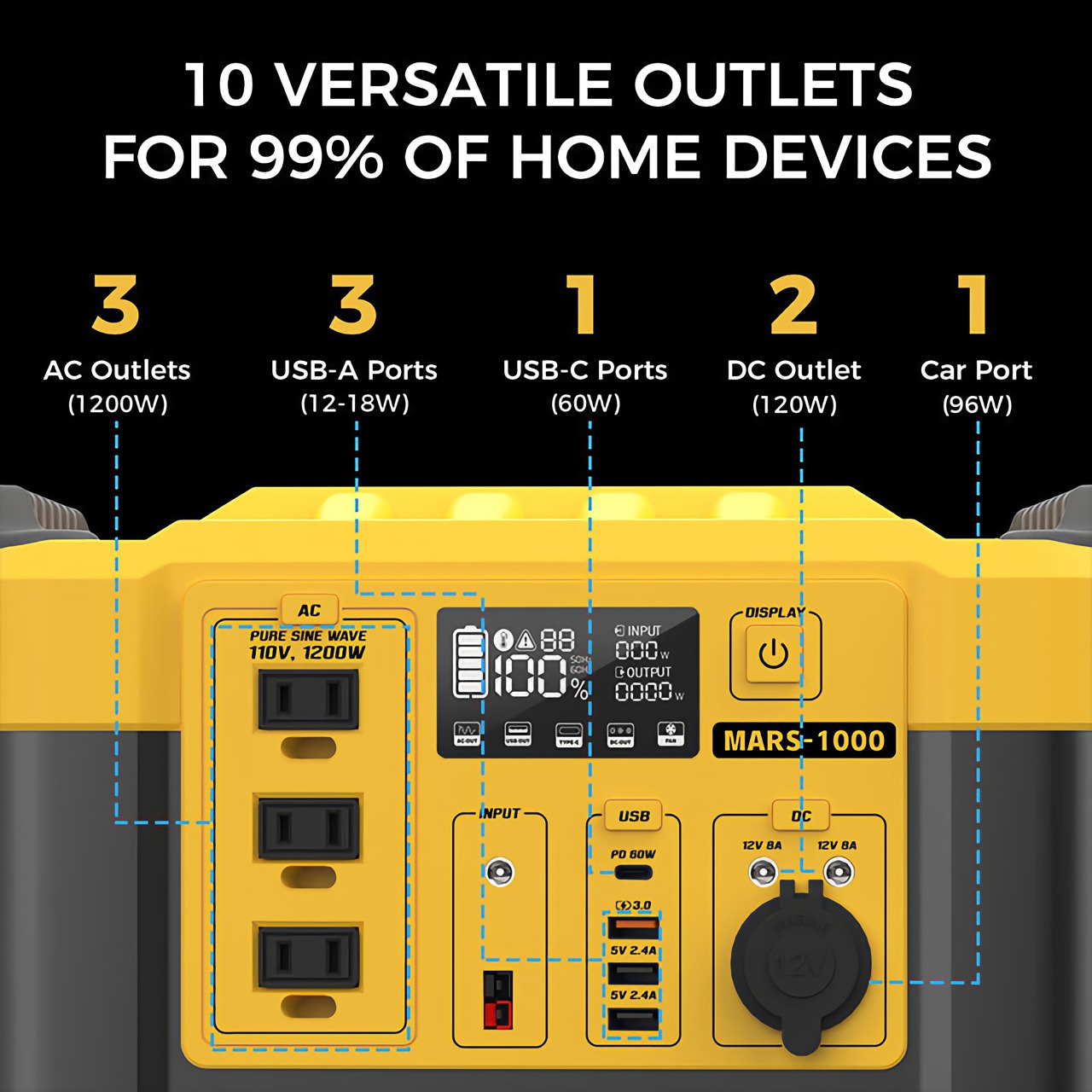 The LIPOWER MARS-1000 PRO weighs a paltry 29.3 lbs (13.3 kg) and comes with built-in handles that you can use to carry it around. The 1120Wh device offers 10 different ports to charge/power a whole slew of devices, including 3 110V AC ports, 3 12V DC ports (including one car outlet), 3 USB-A ports (including one USB3.0 port for fast charging), and one USB-C port that outputs 60W, making it perfect for phones, tablets, and even laptops. 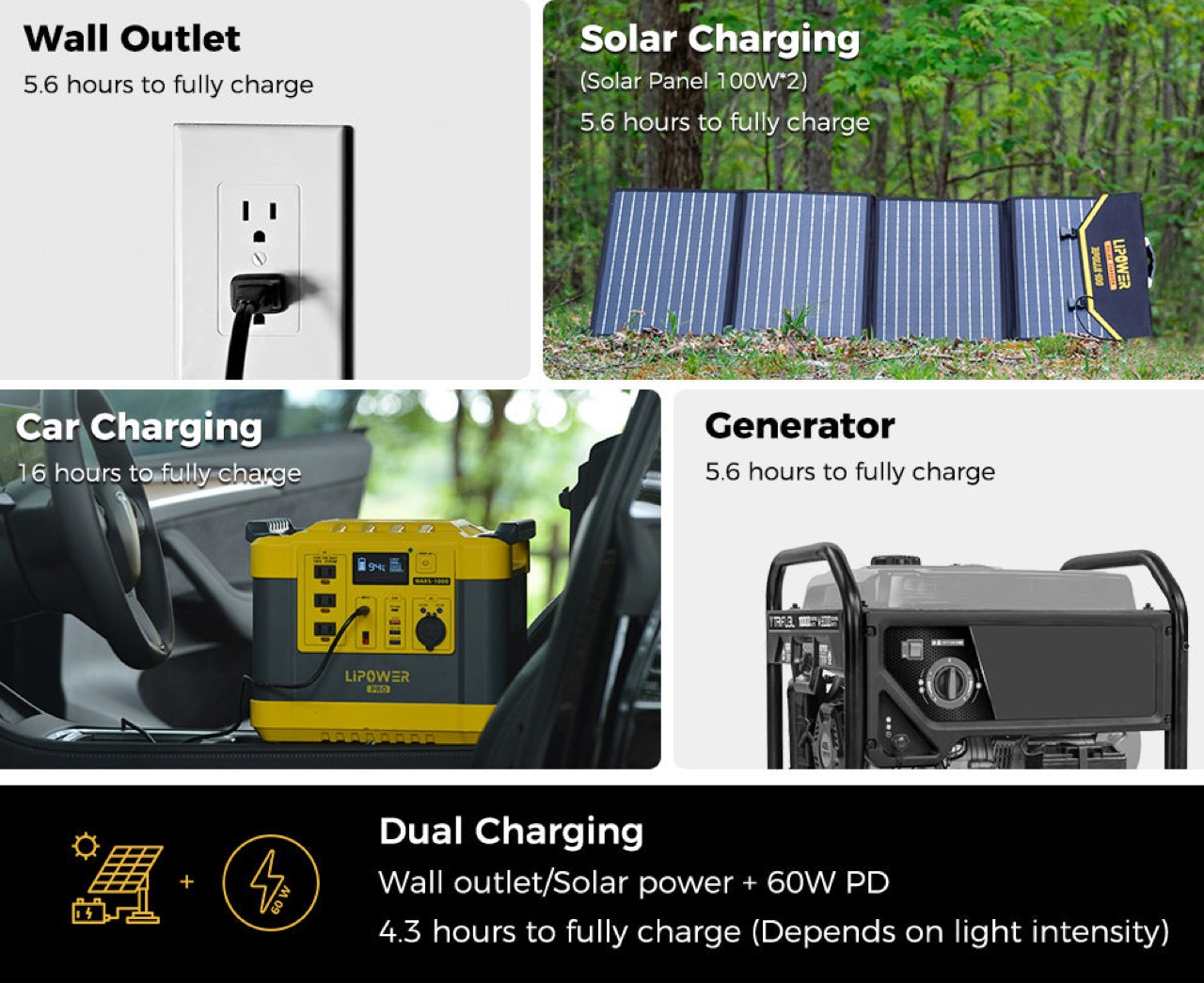 The LIPOWER MARS-1000 Pro is currently available at a discounted price of $849, or about $0.75 USD per Wh, which is incredibly reasonable even by today’s standards. Plug a set of solar panels in and you effectively turn your electricity bills to zero! I’d call that a good deal.

Innovative product designs to sanitize and kill viruses, ensuring your safety in the outside world!

Okay, so the world is slowly opening up, and we do find ourselves cautiously stepping out for work, to run errands, or to complete some…

The latest models from OTO Watches give time-telling a fresh new look with human elements that seem to tell a story in a fashionable way….

The SOLO is a unified laundry system for single folks. Besides being compact and wall mounted, the system cleans, irons, de-stains and refreshes clothes using…

Hey I’m Sam and I do design! I recently made a YouTube video demonstrating how to Render Realistically Really Rapidly! This process helps break down…