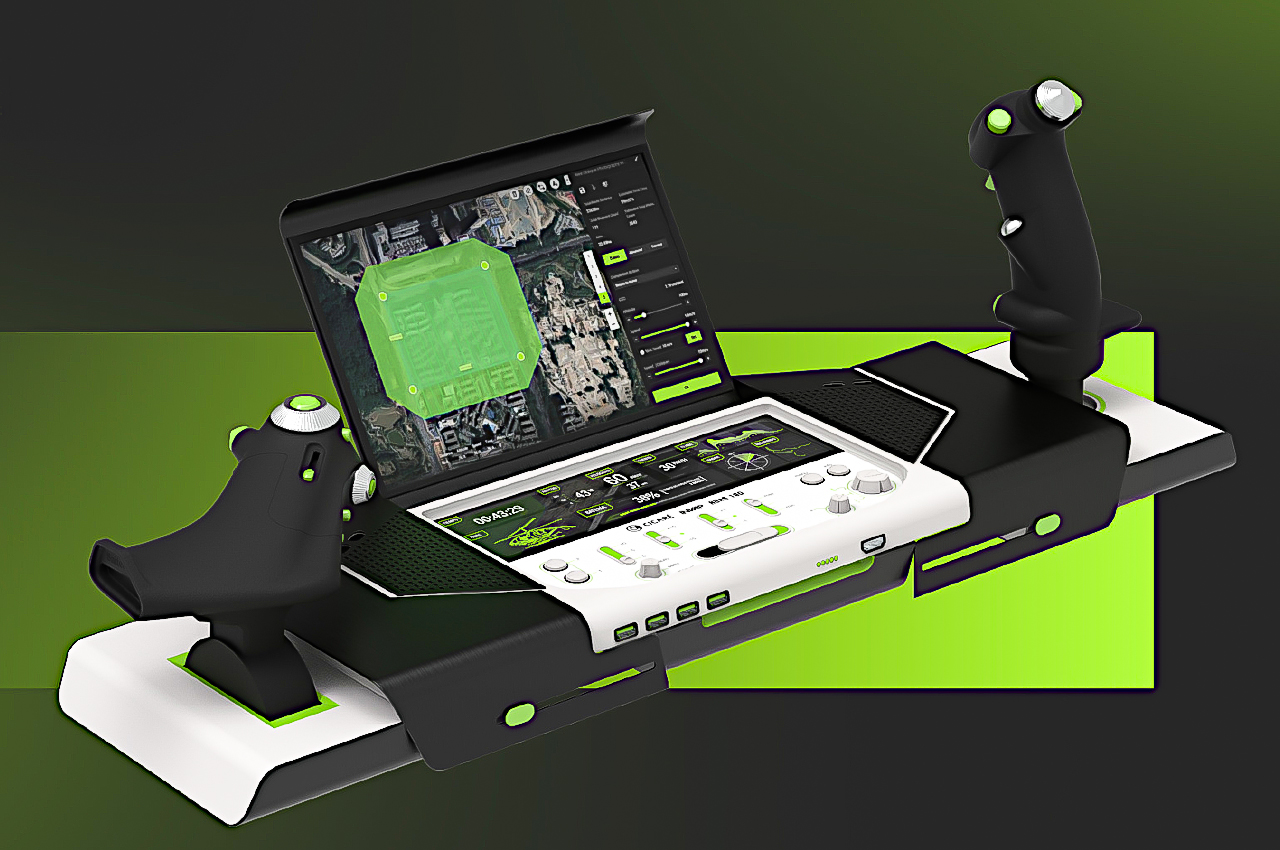 Commercial drones are a dime a dozen these days. Some are so small that they can fit on the palm of your hand, while others are large enough to deliver packages. One common characteristic that these drones have is that they are primarily controlled using something that resembles a gamepad. Some can even be controlled using just a smartphone. While these might be the simplest and most convenient way to use drones, they are also pretty boring and unimaginative. Without arbitrary restrictions, it might be possible to design a controller that exudes the same spirit of action and adventure that drones carry, like, for example, a portable battle station that turns you into the commander of your flying buddy. 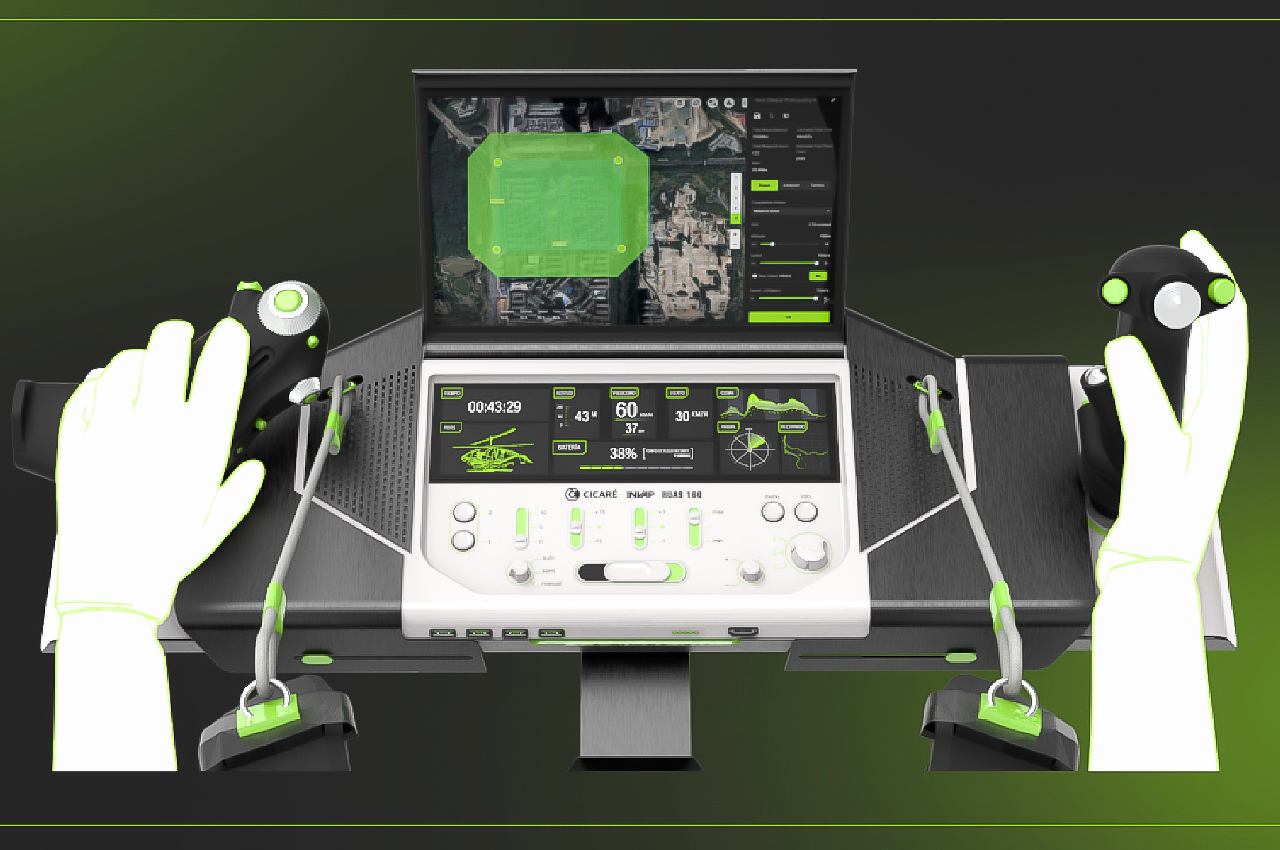 There’s nothing inherently wrong with using a game controller for a drone. It has a very familiar interface, at least for those who have ever played a video game on a console or PC, it is easy to make given how many production pipelines already manufacture these devices, and it has all the buttons and thumbsticks needed to control a drone. When used with a smartphone for displaying information and video from the drone’s cameras, it can be an all-in-one drone controller you can easily stash in a bag together with the drone.

That doesn’t mean, however, that is the only way to drive a drone, especially ones with more complex features. These might lean more towards the professional or even military type of drones, but even those are often controlled by something no more sophisticated than a gamepad. This drone controller concept, in contrast, pulls out all the stops and imagines a device that is almost straight out of an action flick. 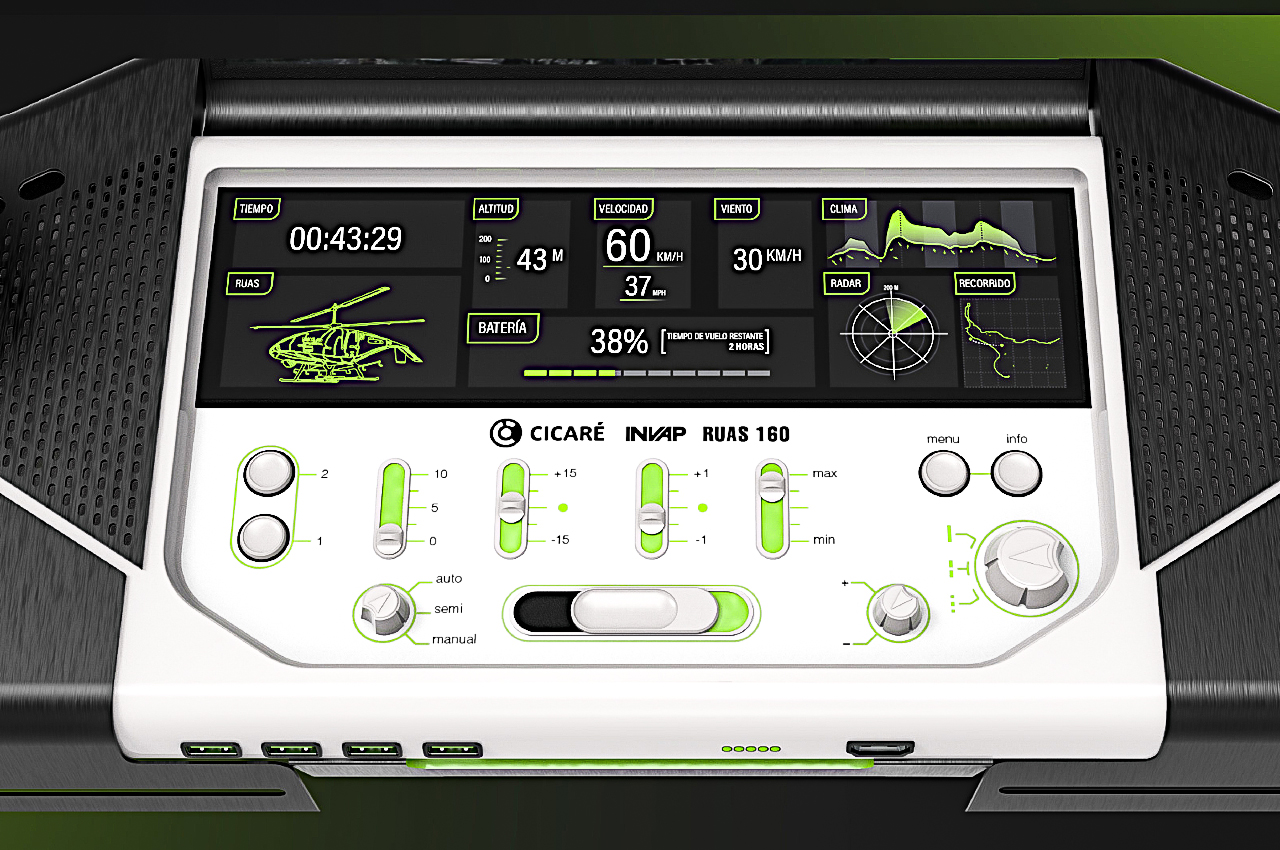 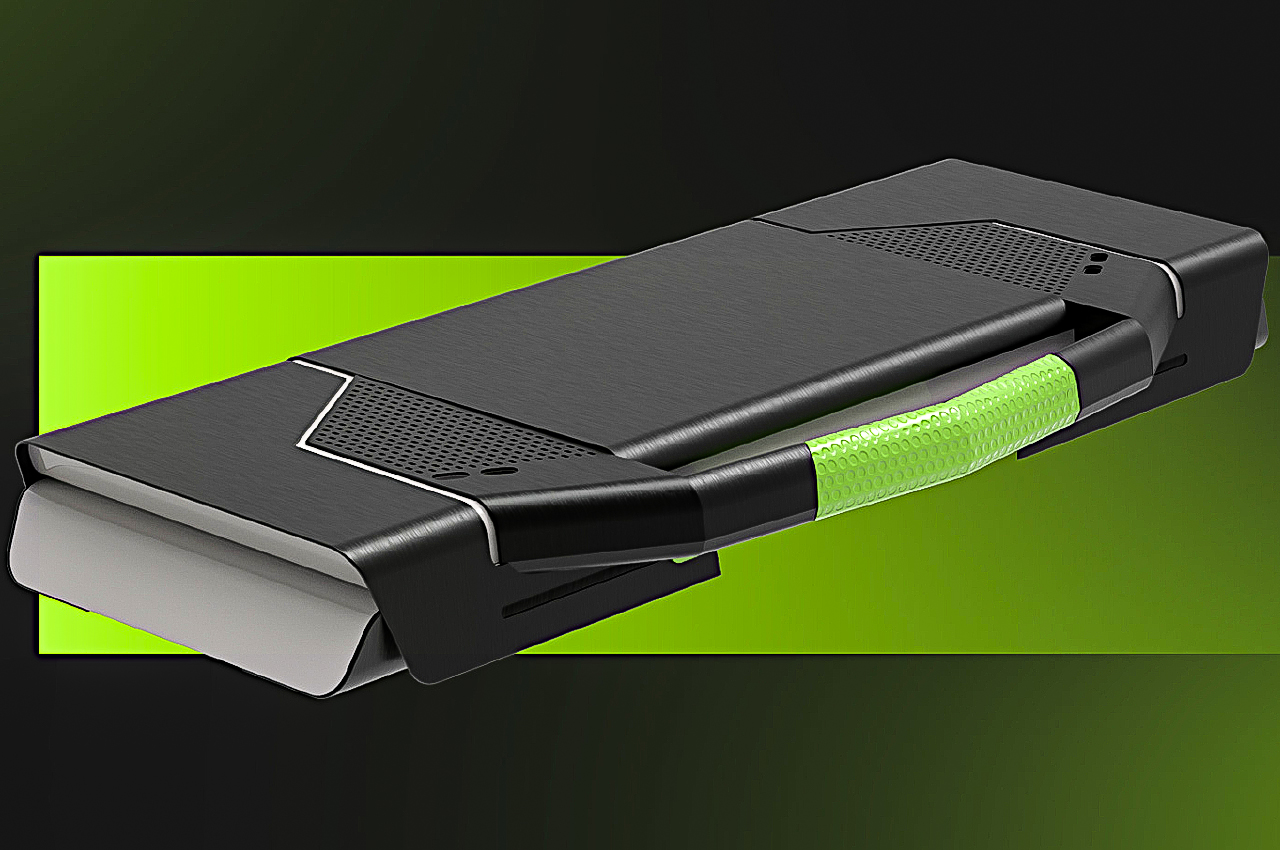 The controller looks more like a miniature command center, with a central console that displays the drone’s vision as well as its stats. There are buttons, knobs, and sliders that correspond to specific features present in a larger drone so that you won’t have to shuffle between screens to get to the setting that you need to change. There are also two different kinds of joysticks, one on each side, that offer precision control over the flying machine.

Admittedly, this kind of drone controller isn’t one that you’ll be able to easily put in your backpack, but the controller itself actually transforms into a portable case of its own. You do have to detach the joysticks first before the other pieces can slide in and fold down, and there are separate carrying pouches for those detachable joysticks. You can’t simply hold this controller in your hands either, and it’s meant to be strapped to your body when in use. 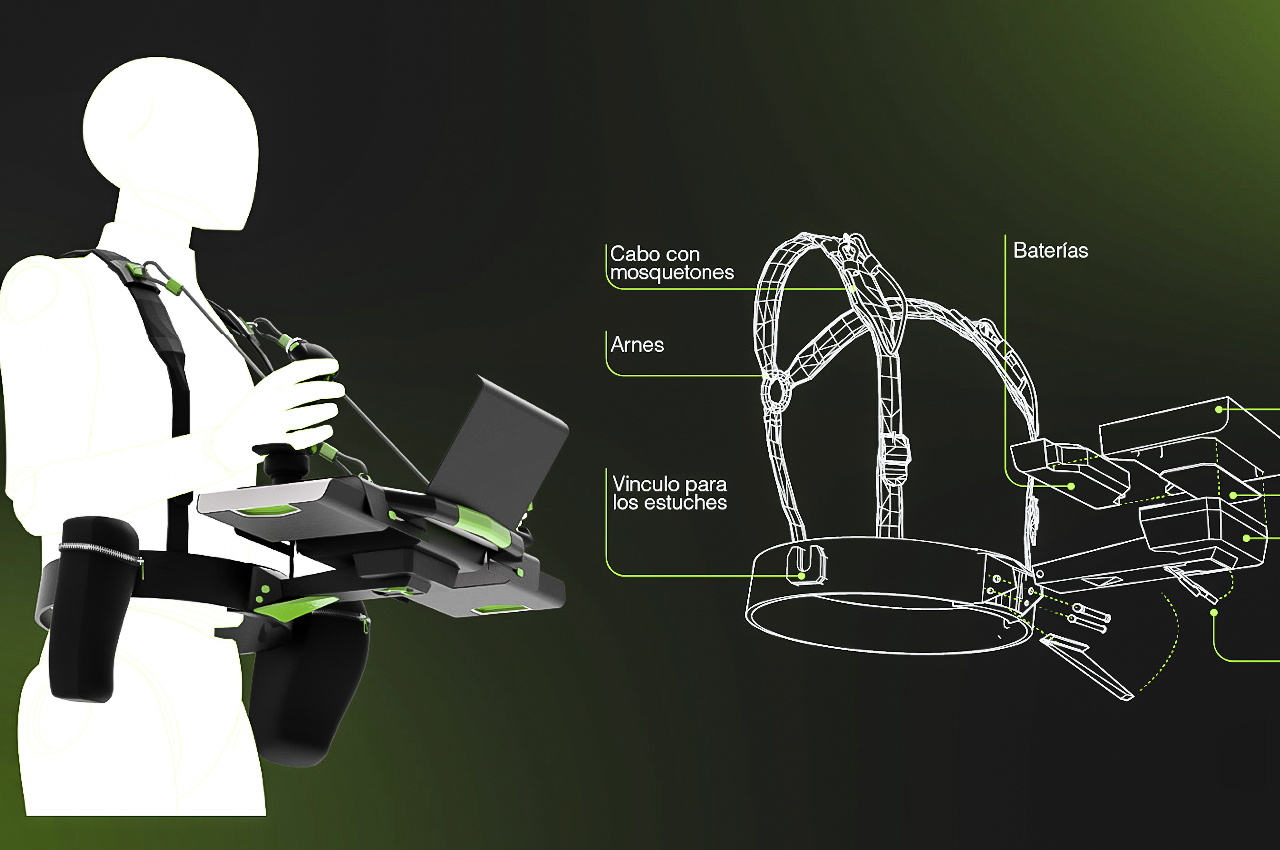 This drone controller concept is admittedly overkill for a toy, and its use is geared more towards sophisticated drones in applications like search and rescue or reconnaissance. Still, it’s a rather interesting design that would inject a bit of fun when using a drone, even if you’re just imagining yourself to be some action hero that’s about to encroach on enemy territory. 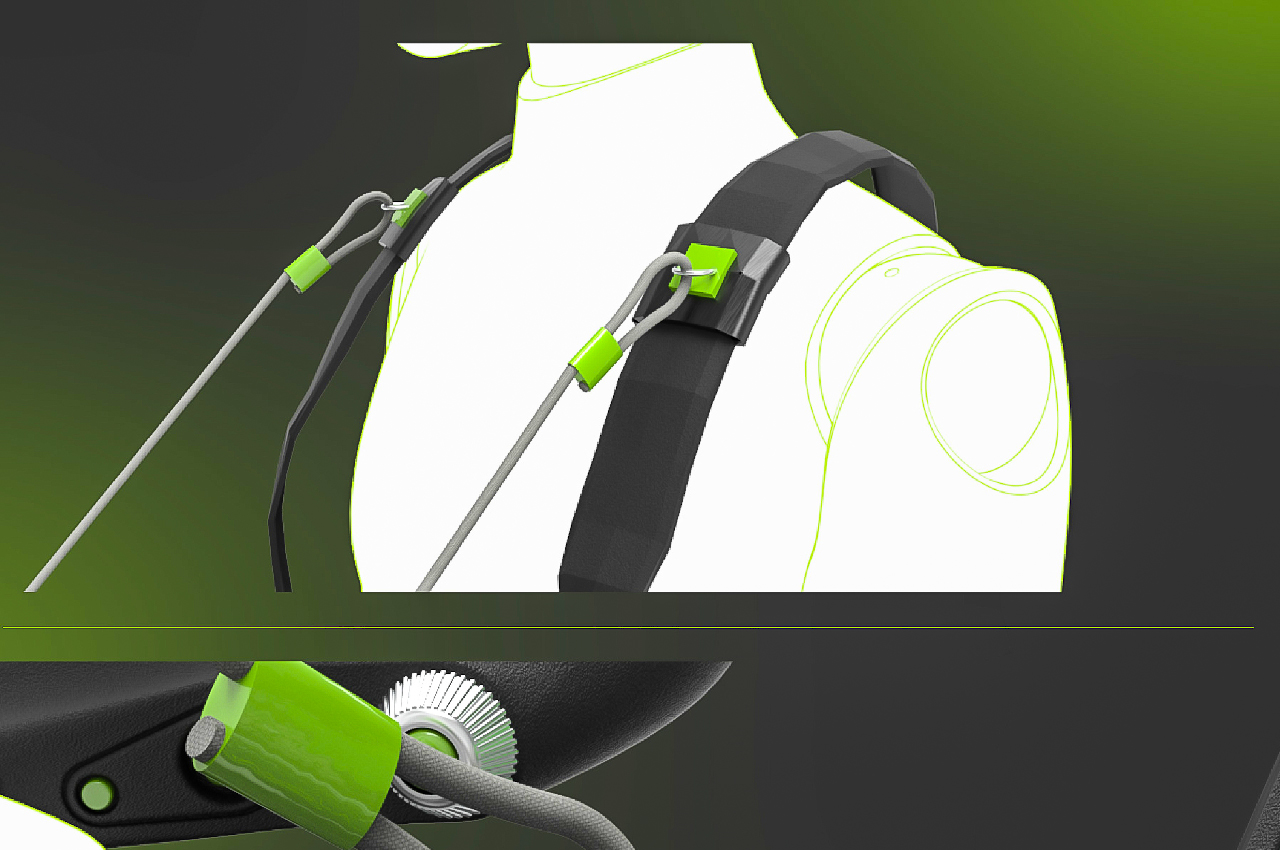 The minimalist (and somewhat perplexing) Less is More timepiece finds harmony between analog and digital; square and circle. The wearer reads the time similar to…

Because your iPhone isn’t a hi-fi audio device.

Now I’m a big advocate for anything audio. I love my phone, but if there’s one thing I could change, it’s the lack of attention…

Two Brix Are Better Than One

We here at Yanko have seen tons of concepts that attempt to bridge the idea of sharing not only content, but screen real estate with…

Smartphones are cool tech gadgets, but that doesn’t mean they can’t be breathtakingly beautiful as well. It has been a long time since smartphones crossed…