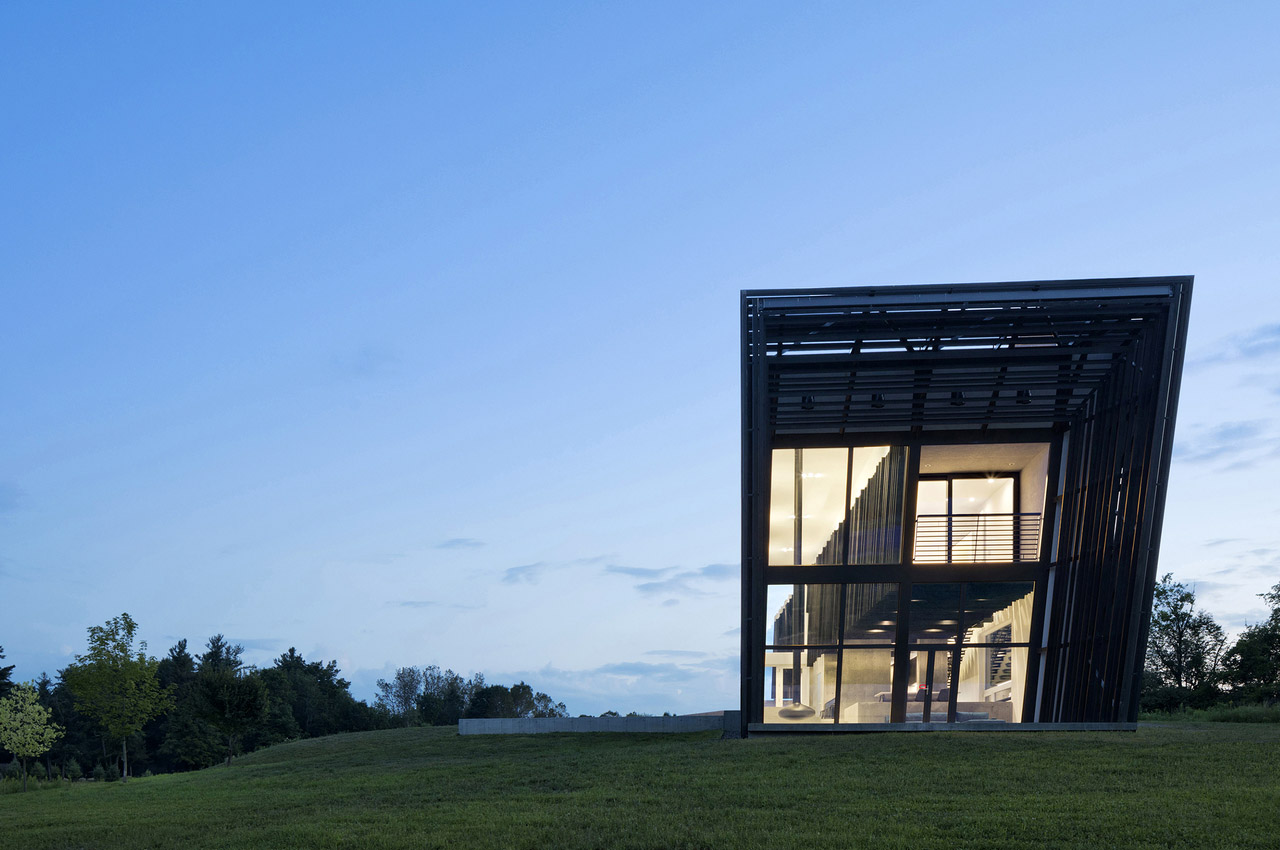 Called Sleeve House, this stunning vacation home in upstate New York, is an intriguing slanted home clad in charred wood, with rolling hills surrounding it. Designed by Actual/Office, the 2500-square foot home, occupies nearly 46 acres, and basically comprises of two elongated volumes – which seem to be sliding into one another. The smaller volume seems to be elevated.

“Oriented in relation to the sloping terrain and views of the mountain ranges, the house is conceived as two elongated volumes – a smaller one sleeved into a larger – sitting on a cast-in-place concrete base,” said the studio. 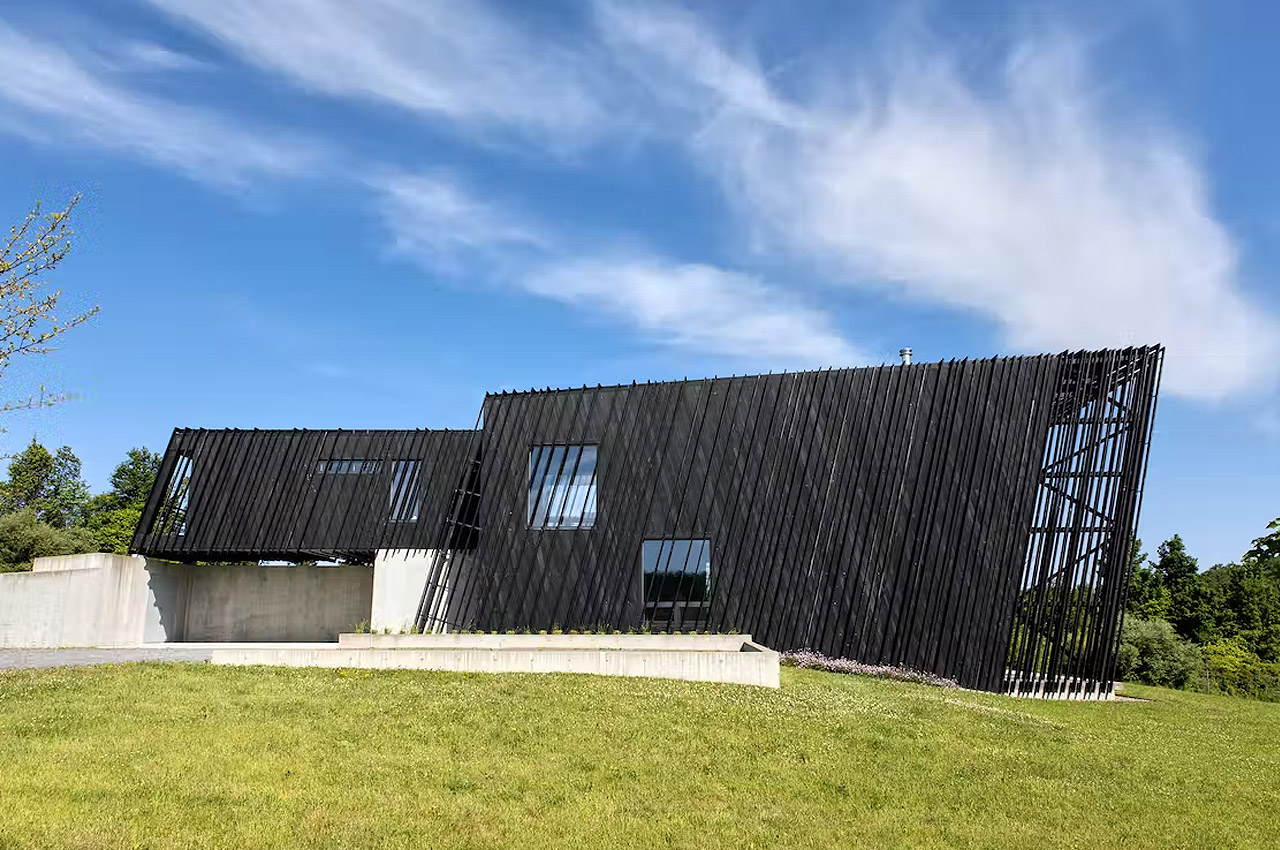 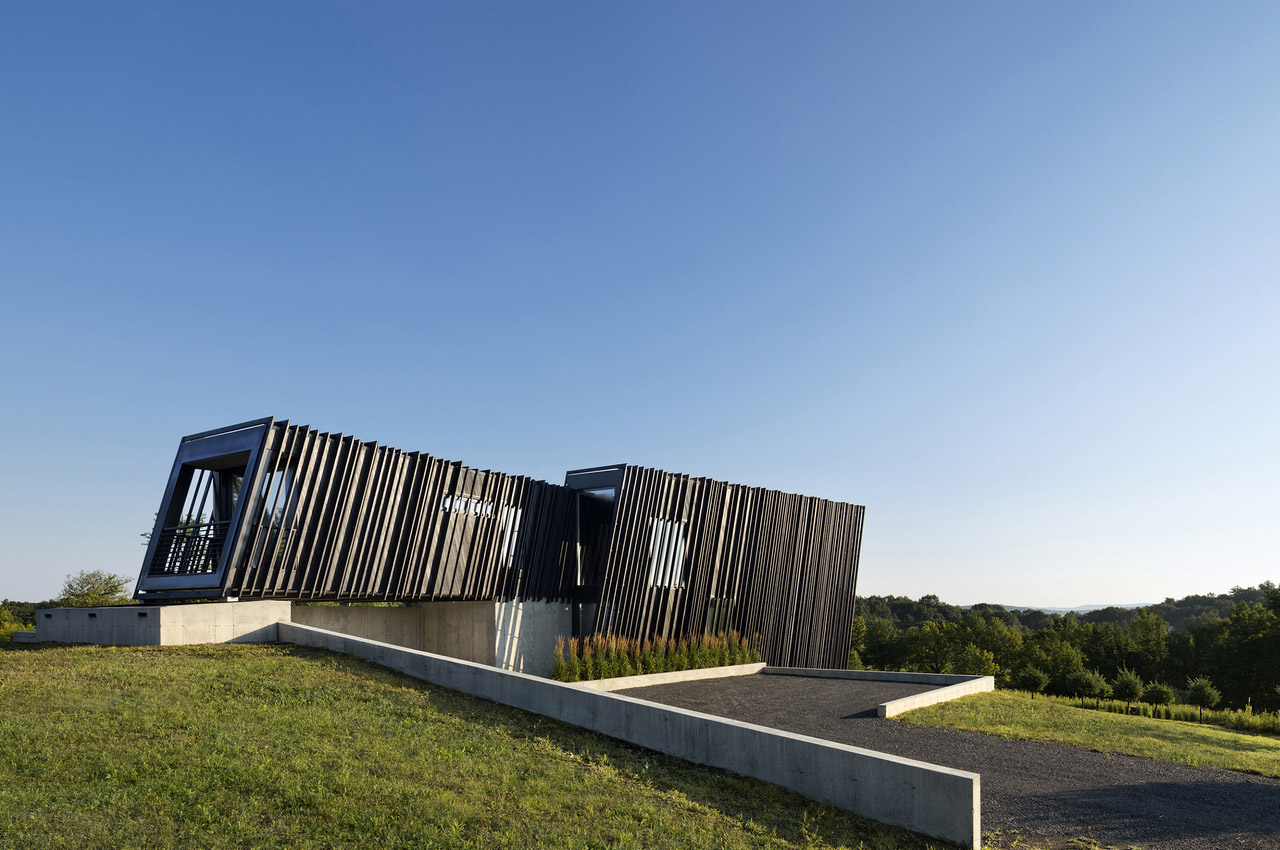 The home is nestled on a quaint sloped site, and is almost orthogonal in plan, with two stories placed deftly into its form. The exterior has been composed of charred wood and exposed concrete, which have also been artfully extended into the interior of the home. The wood was charred via a traditional Japanese technique, called shou sugi ban. The house was designed to create a striking contrast against the otherwise smooth and peaceful landscape surrounding it, but at the same time functioning as a comfortable and practical living space. 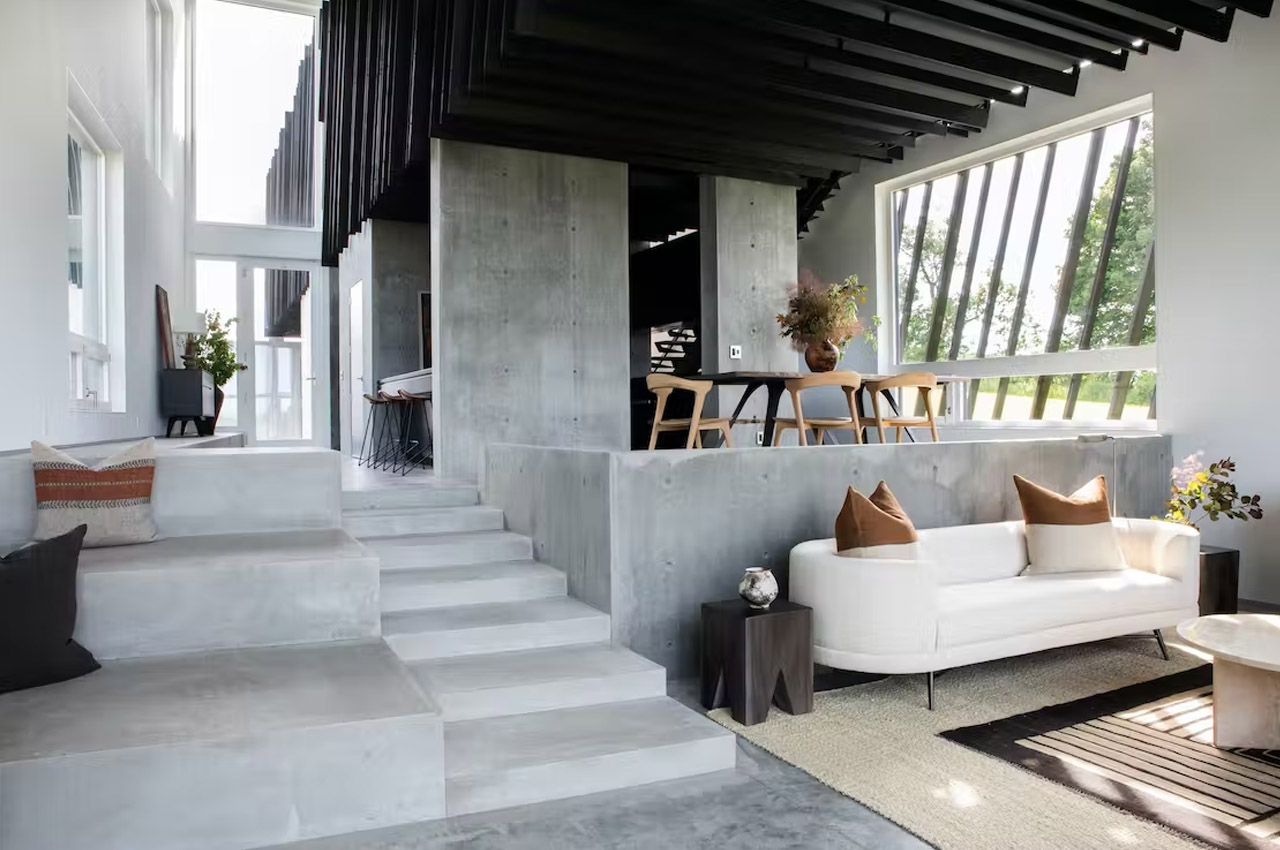 “Boards of varying thickness and depth are placed flat and on-end to give the facades depth, pattern, and texture,” the architects said. “The on-end boards run continuously as screens over windows on the long sides of the house to emphasize purity of the sleeved volumes. The short ends of both volumes are glass walls to maximize views of the surrounding landscape.” 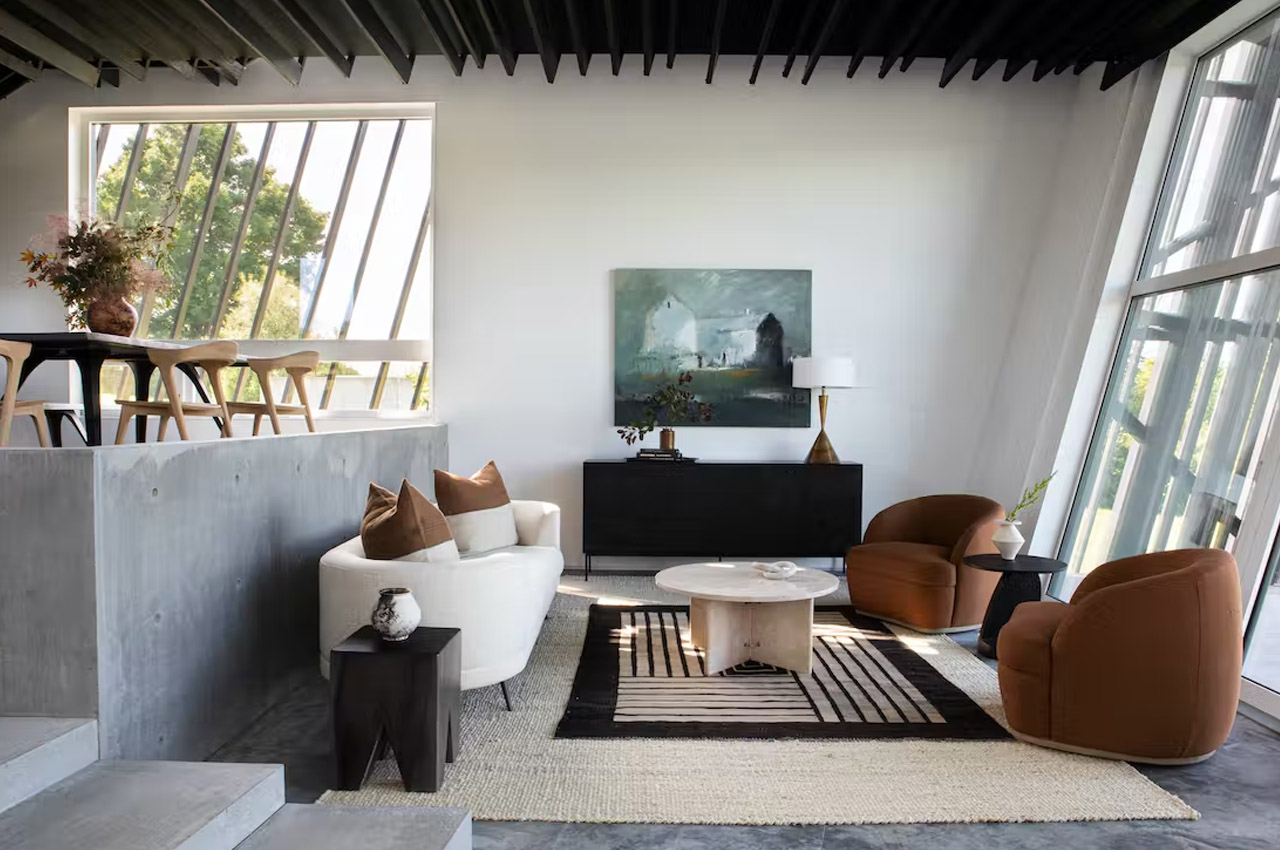 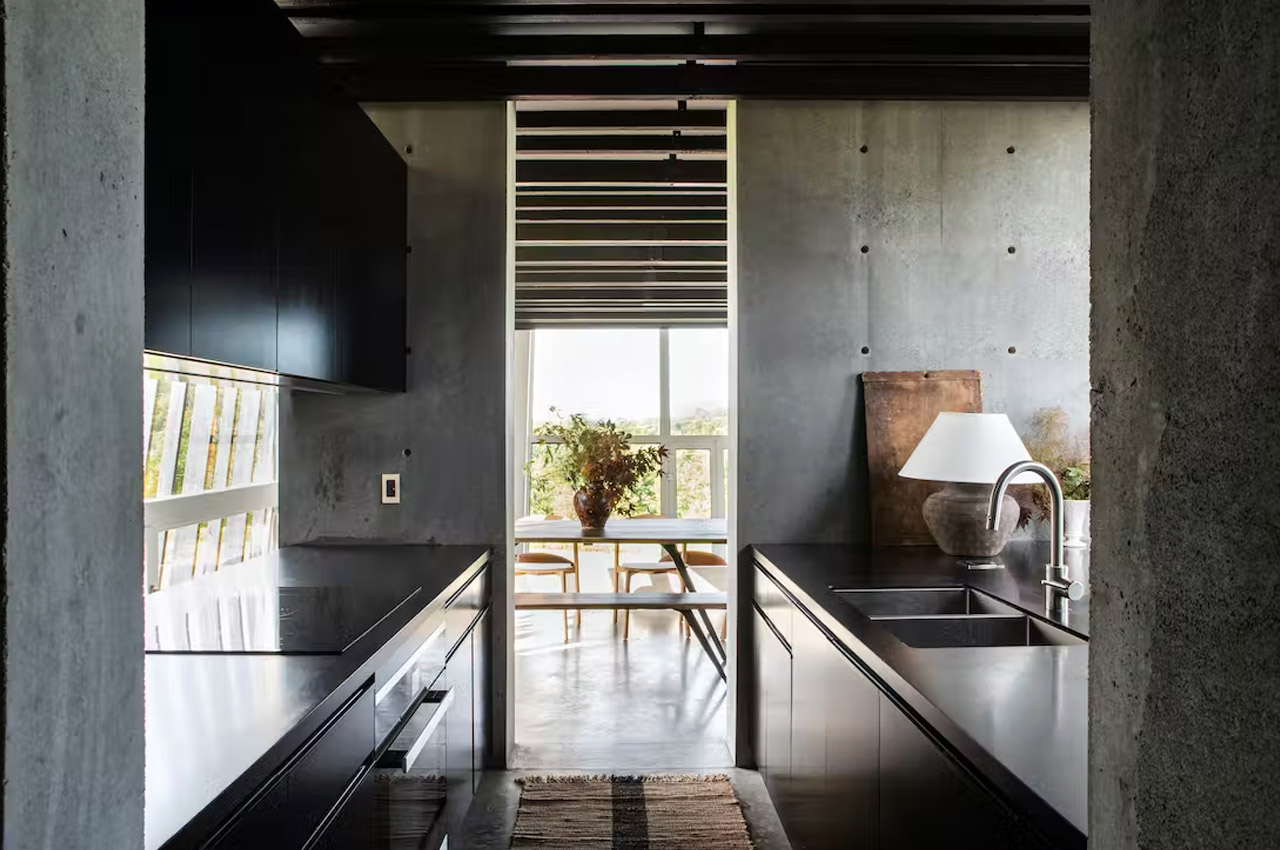 The expansive windows within the home allow generous streams of sunlight to enter. An entry gallery and a staircase have been positioned in between the volumes. There’s also an intriguing ceiling made of blackened wood which shelters the kitchen, living room, and dining area. All these amenities are situated within a split-level zone, alongside concrete stairs, partitions, and a sloping glass wall that provides incredible views of the surrounding hills. 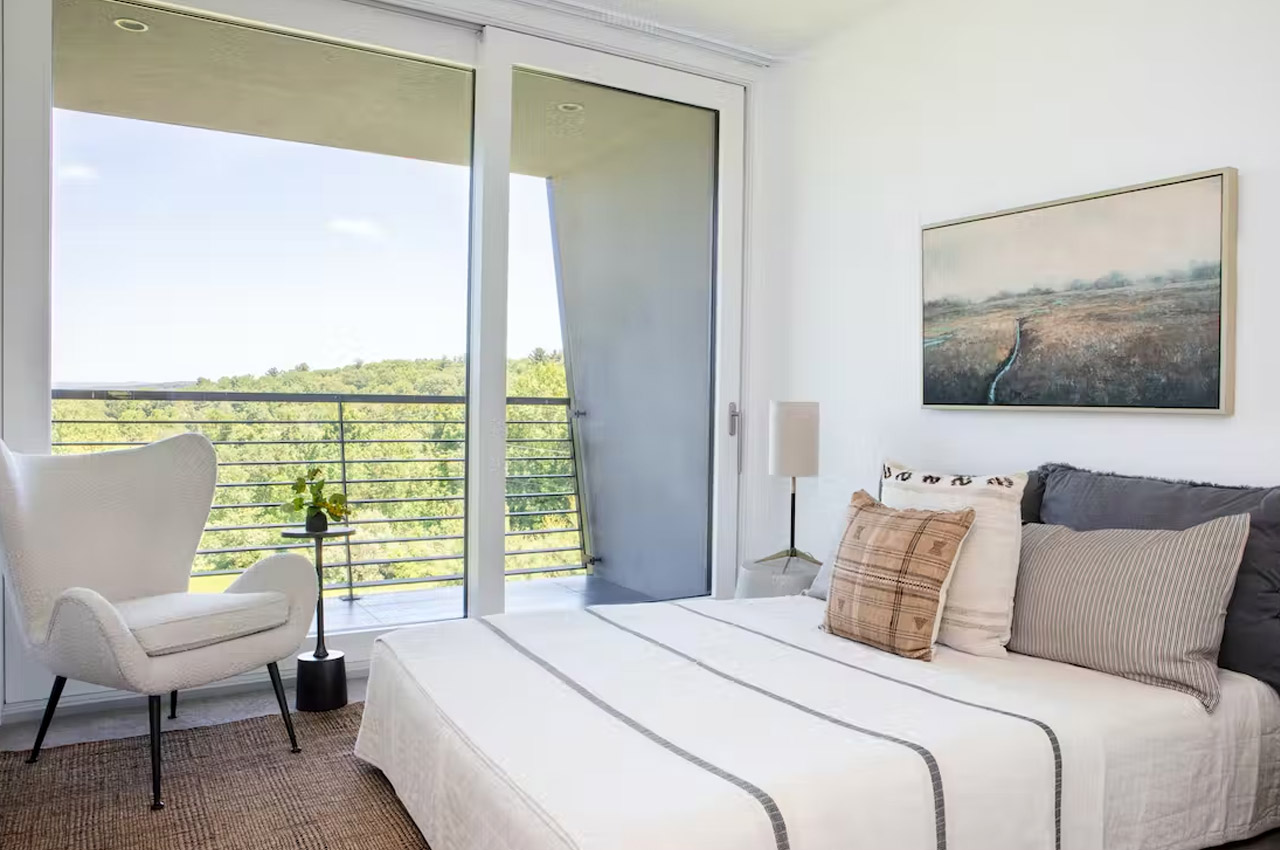 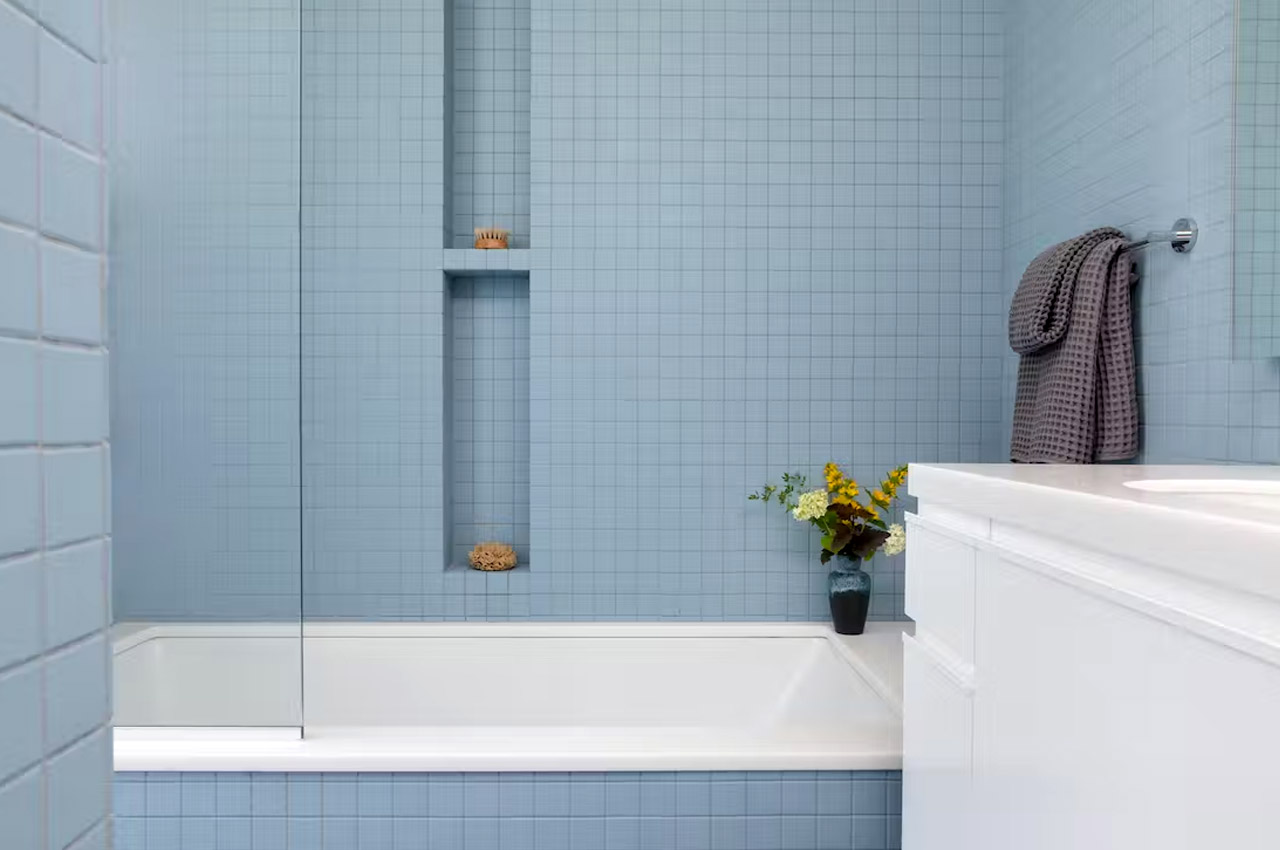 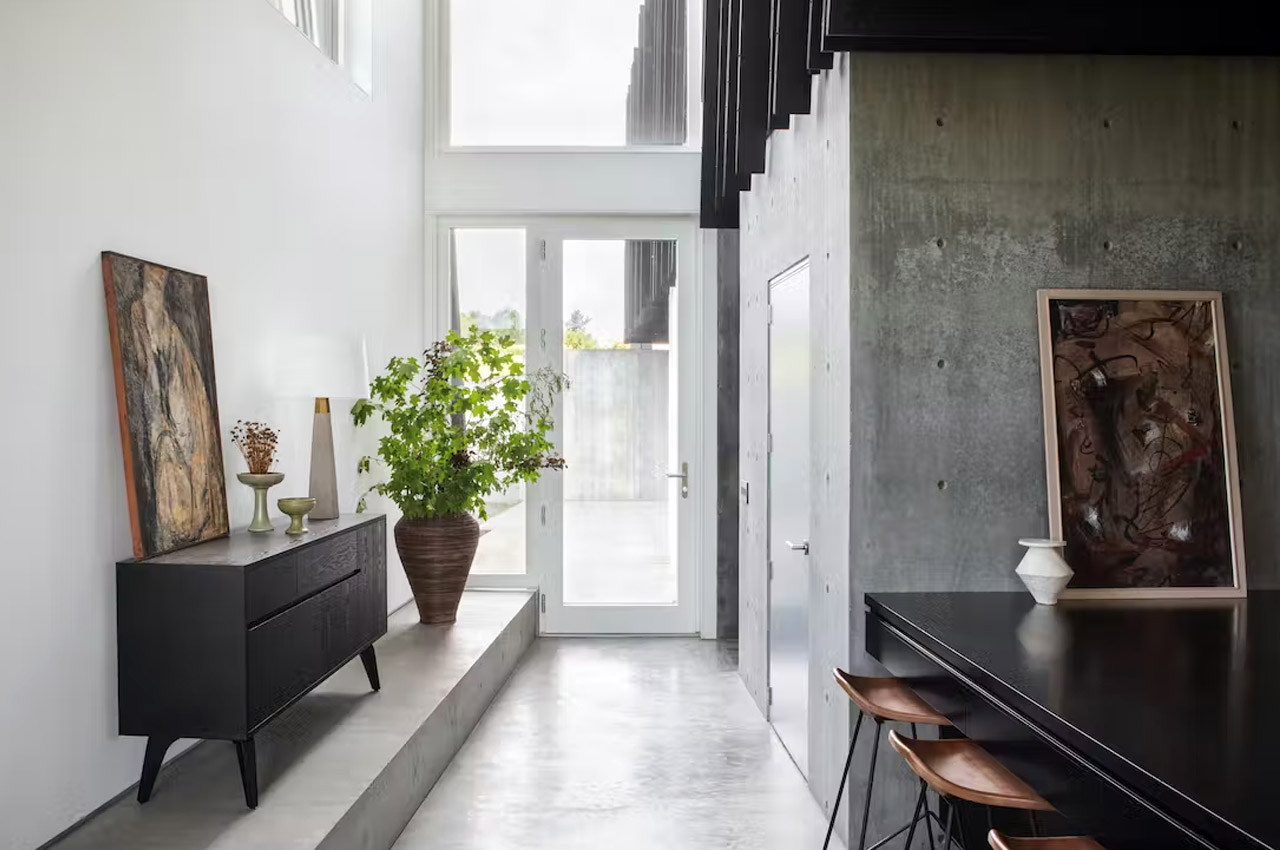 The home is also quite sustainable! It boasts a solar power system, triple-glazed windows, radiant heating, and a heat and energy recovery ventilation system. It was built to be as energy efficient as possible. 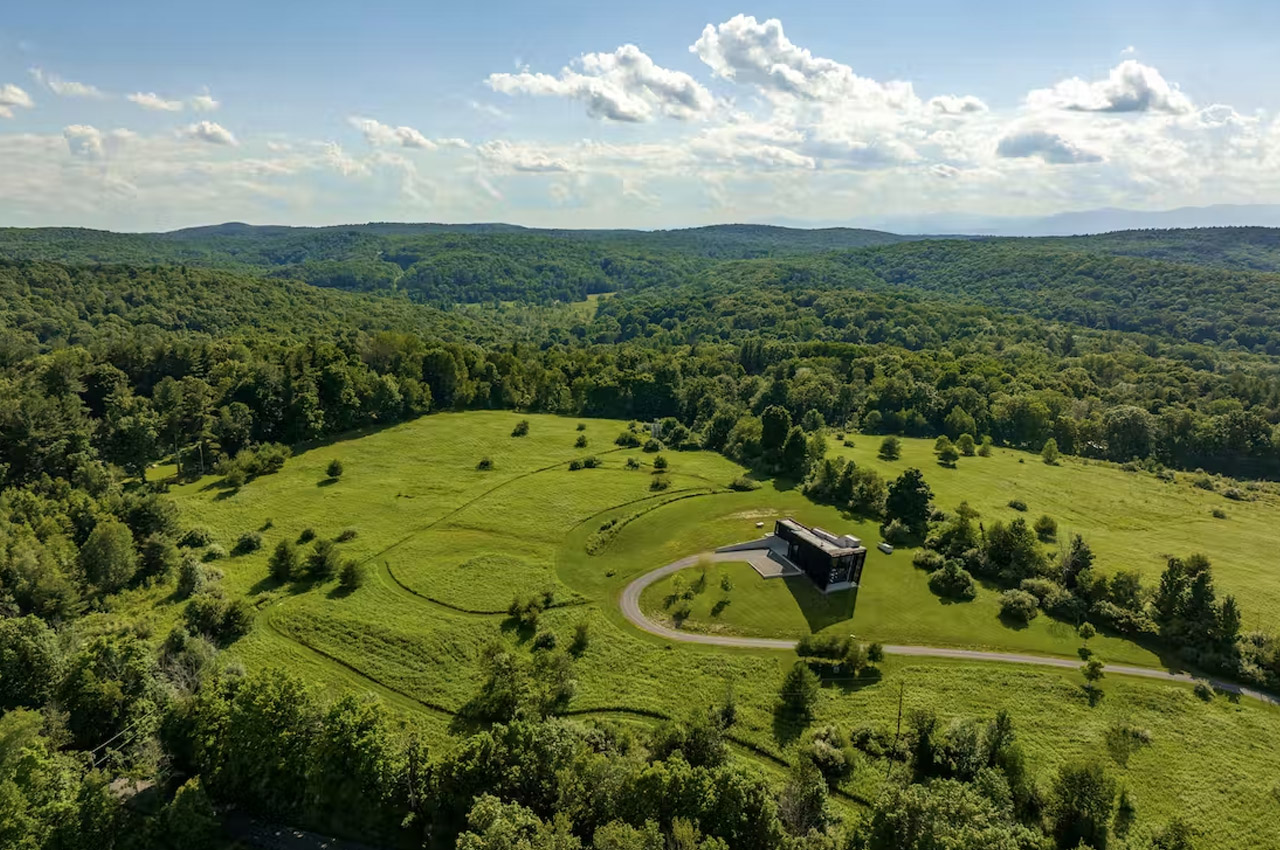 The Maku trailer is a lightweight, multi-use camper that’s currently being used as a mobile radio station to capture the sounds of nature throughout Japan….

Cabin Designs that merge with their surrounding forests to provide you the perfect escapism from city life!

Not all of us are lucky enough to live amongst nature, but everyone surely loves a getaway in the woods! Imagine yourself surrounded by lush…