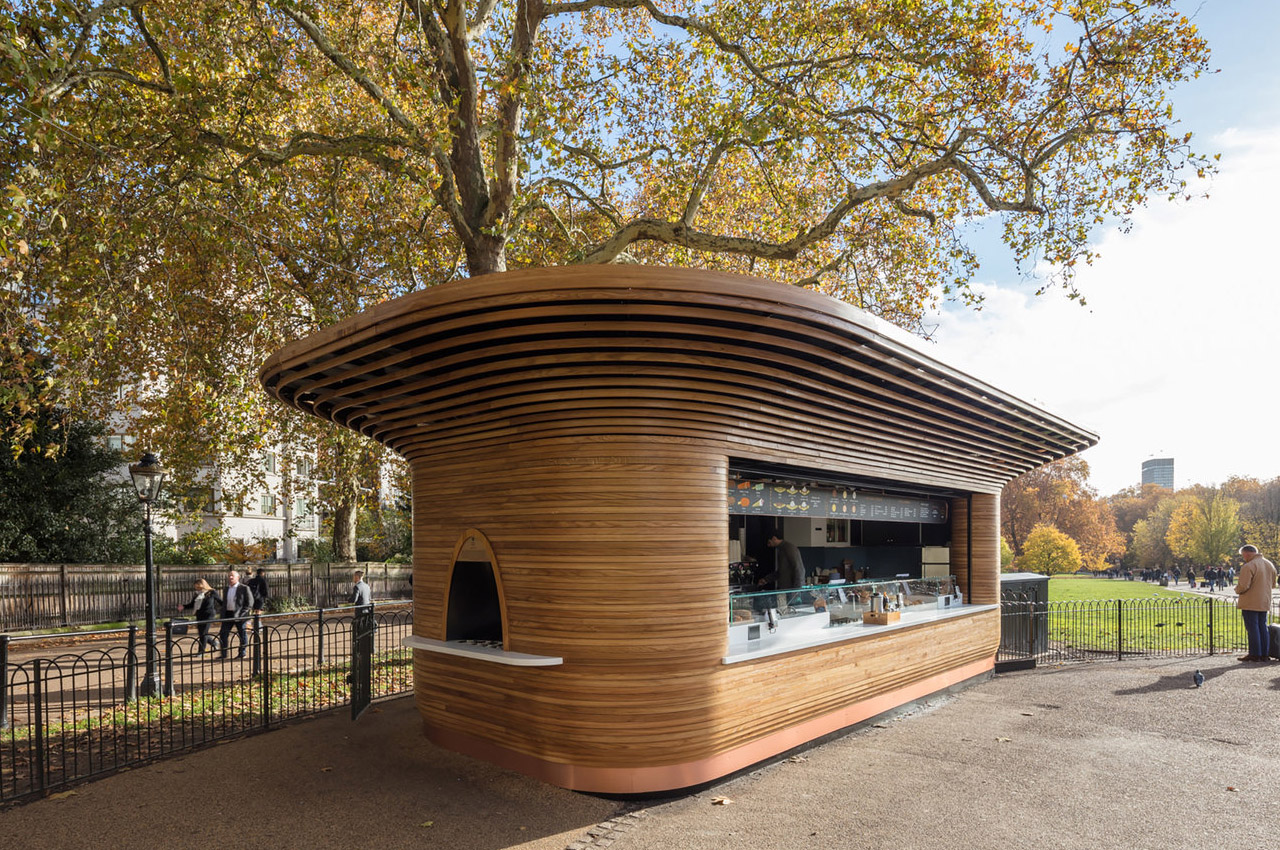 Artisan brand Colicci commissioned Mizzi Studio to create a family of nine refreshment kiosks, to replace the aging ones, across the Royal Parks in London. The initiative was a part of a major public realm enhancement project. The sustainable and minimal kiosks were handcrafted and placed in Hyde Park, Green Park, and St. James Park. They were designed to respond sympathetically to the Grade I listed landscape.

“Their organic-inspired volumes follow a continuous shape with varying degrees of curvature and differing cladding profiles, each providing contrasting textures. Overall, each design variation is informed by the architectural or organic elements that the kiosk shares its space with.”, said Jonathan Mizzi of Mizzi Studio. 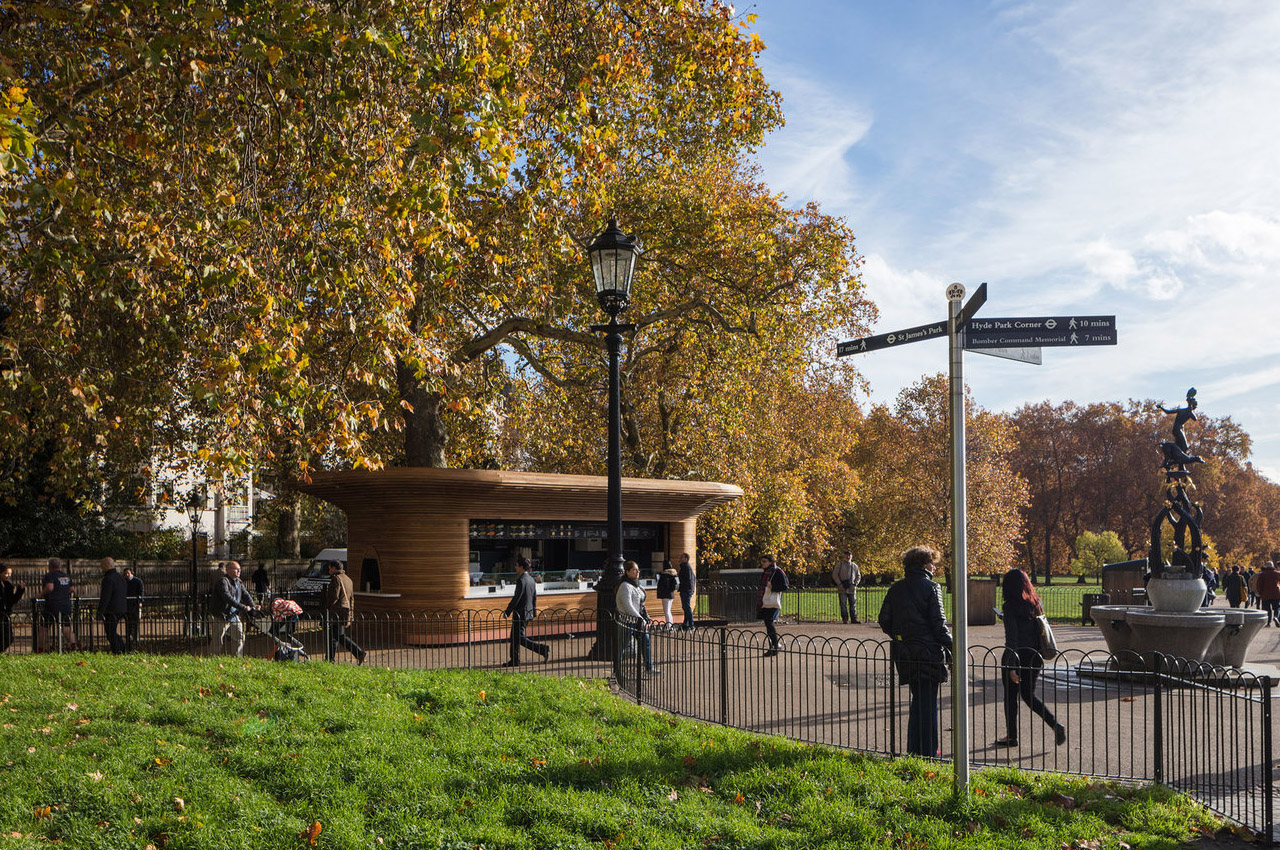 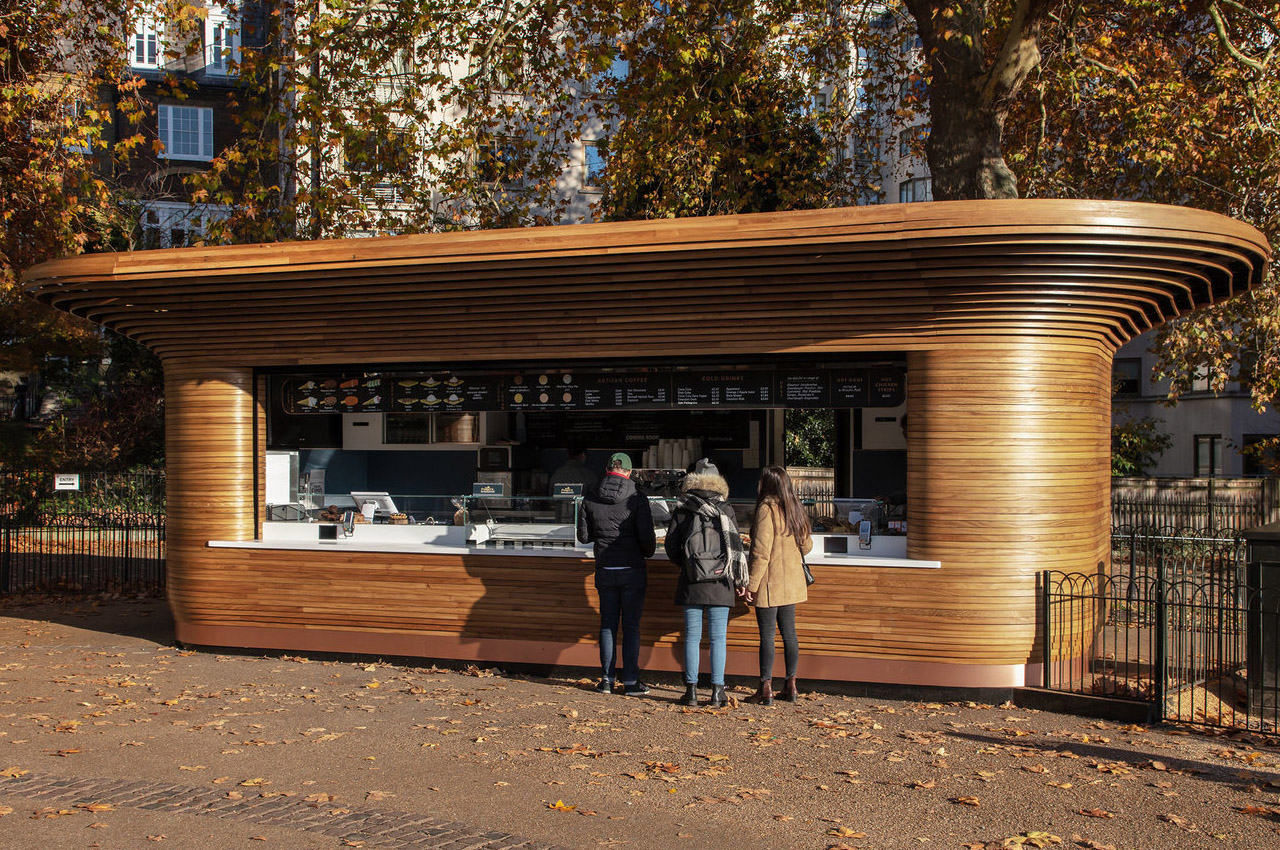 The kiosks are curvaceous structures with a graceful tree-inspired canopy. The canopies swell out like a tree’s crown, making them instantly recognizable, and almost impossible to ignore. The 360-degree entities follow a similar design language, creating a family of harmonious structures that are in sync. Despite the common aesthetics, each kiosk is also unique, individually tailored to each site’s history, demographic, and nuances. 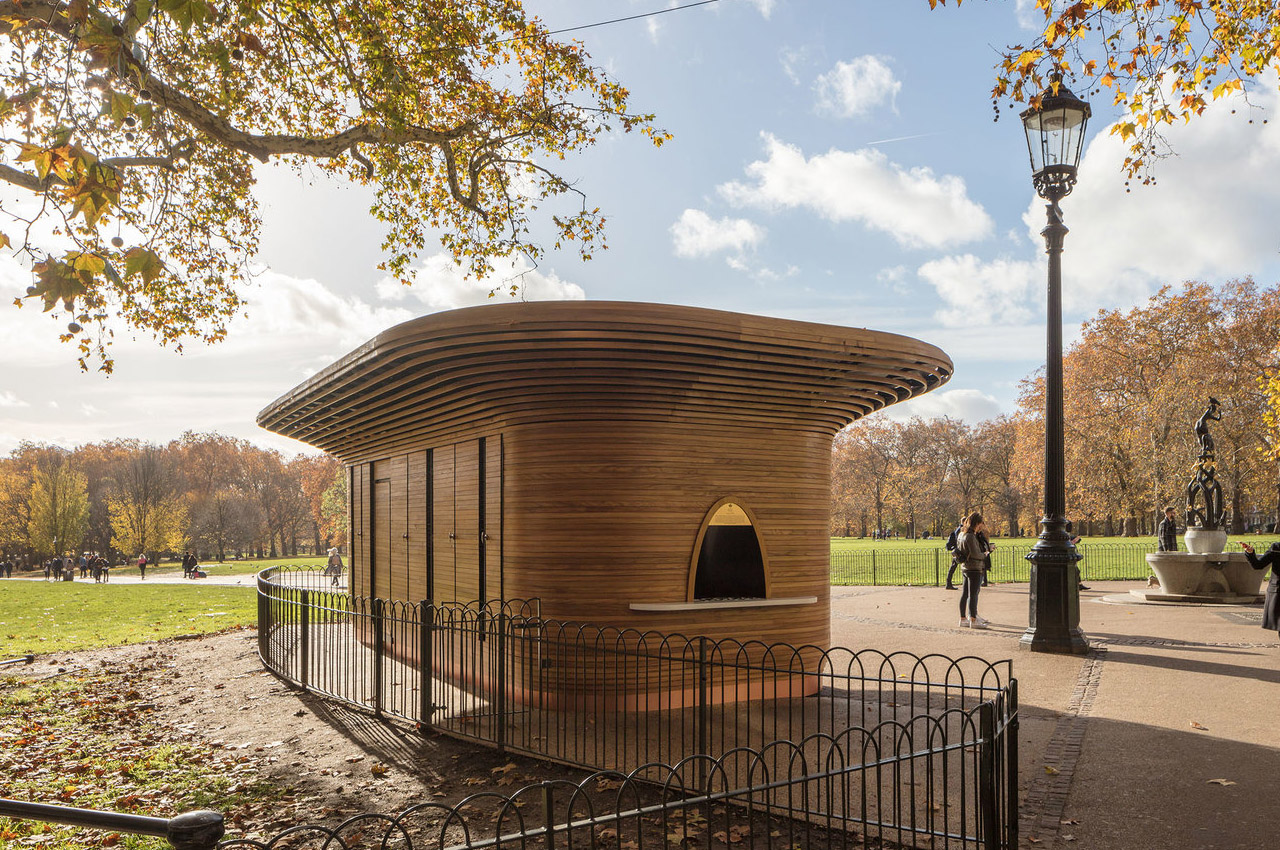 Eight of the kiosks have been crafted from sustainable wood – that is steam-bent English timber and were developed in collaboration with British designer Tom Raffield. But the ninth one, which is the flagship Horseshoe kiosk is clad in tubular brass and mimics the ornate metals of the Queen Victoria Memorial, which is located close by. 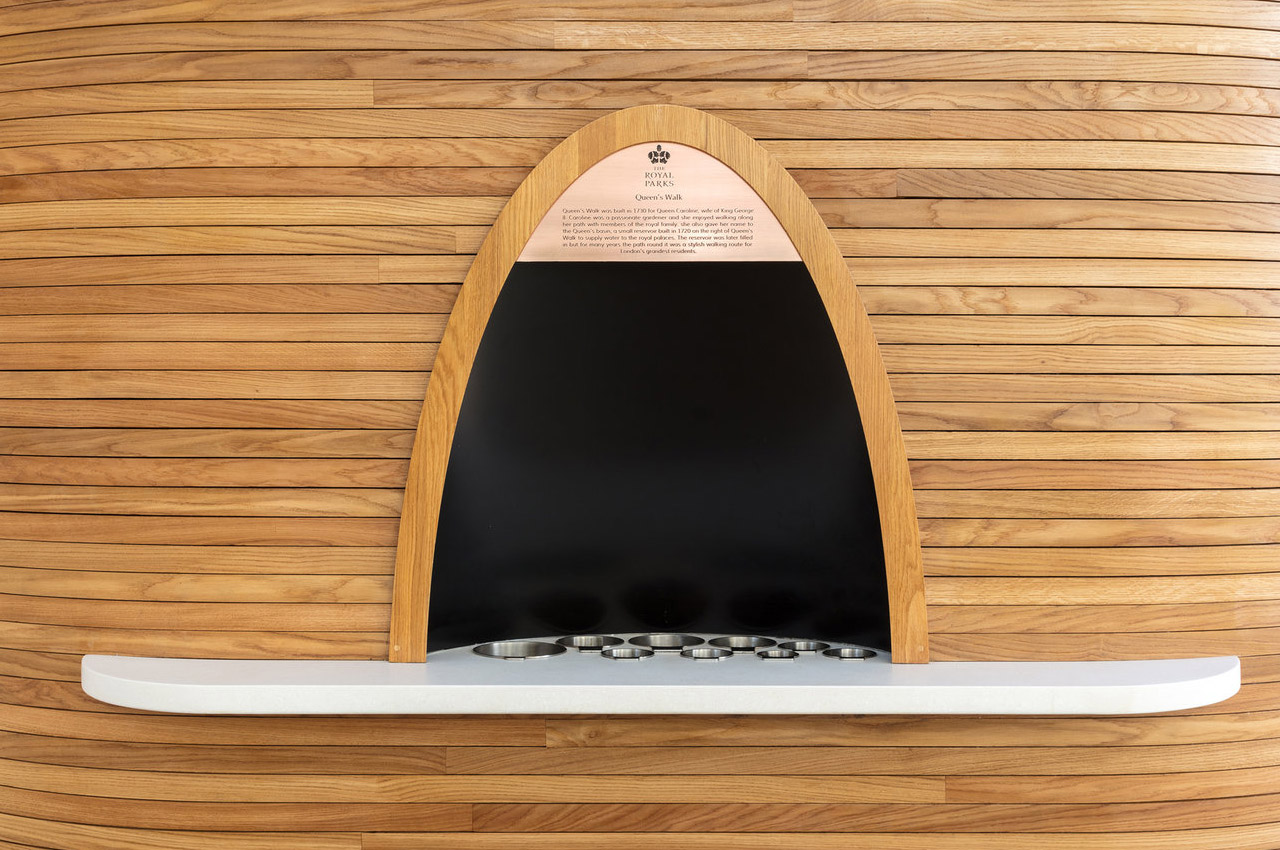 Besides wood, the other high-quality materials used in the construction of the kiosks were – oxidized copper, new copper, stainless steel, and brass. The smart use of space, energy efficiency, and excellent waste disposal were some great qualities that were integrated into the kiosks. A rear entrance ensures that the sides of the kiosks can be used for other purposes such as including integrated bins and condiment holders. 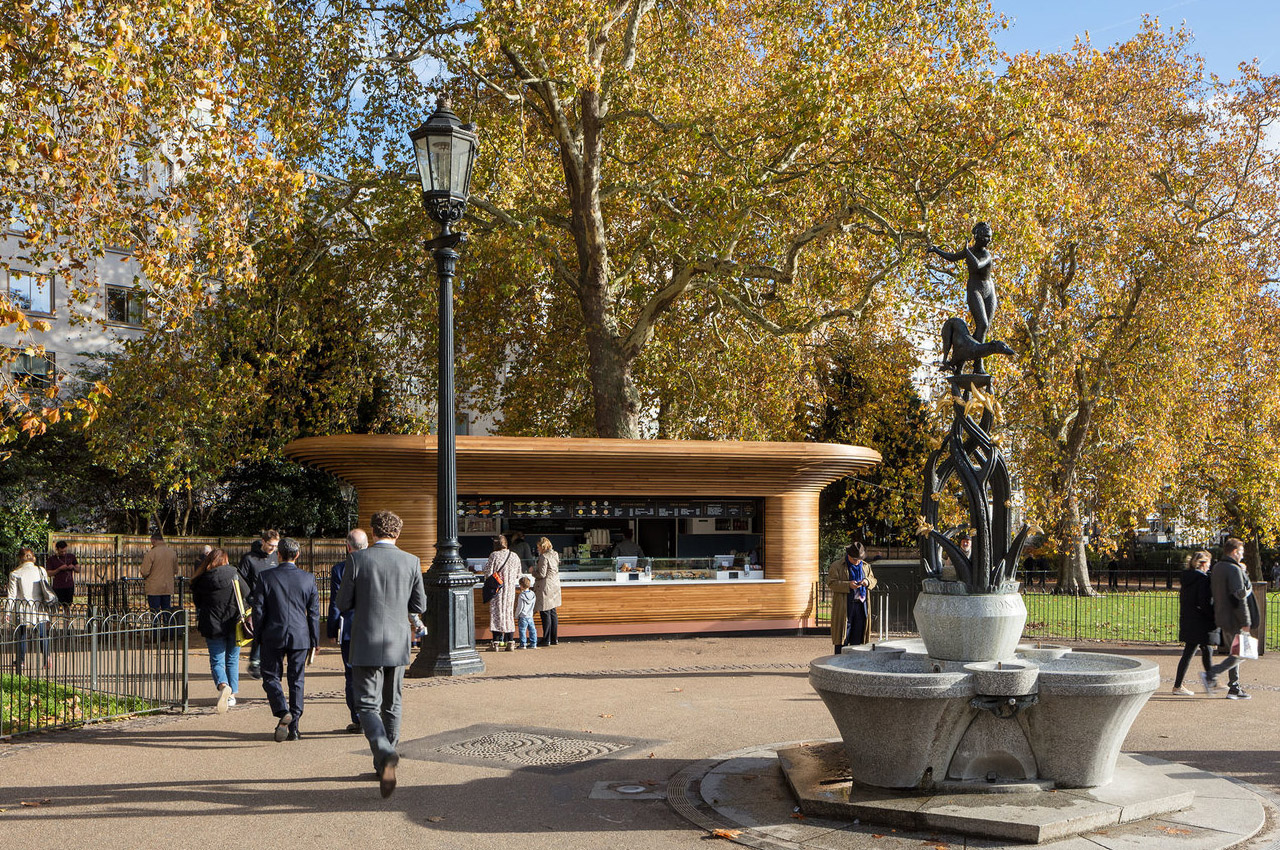 “We believe in the power of public space to bring people together and restore them both physically and emotionally. The aftermath of the pandemic became the context for the completion of the Royal Parks fleet, and therefore we saw this as a moment where architecture could help restore mental well-being, bring people together, and offer surveillance and support at a time when the city’s inhabitants felt most vulnerable.”, continued Jonathan Mizzi. 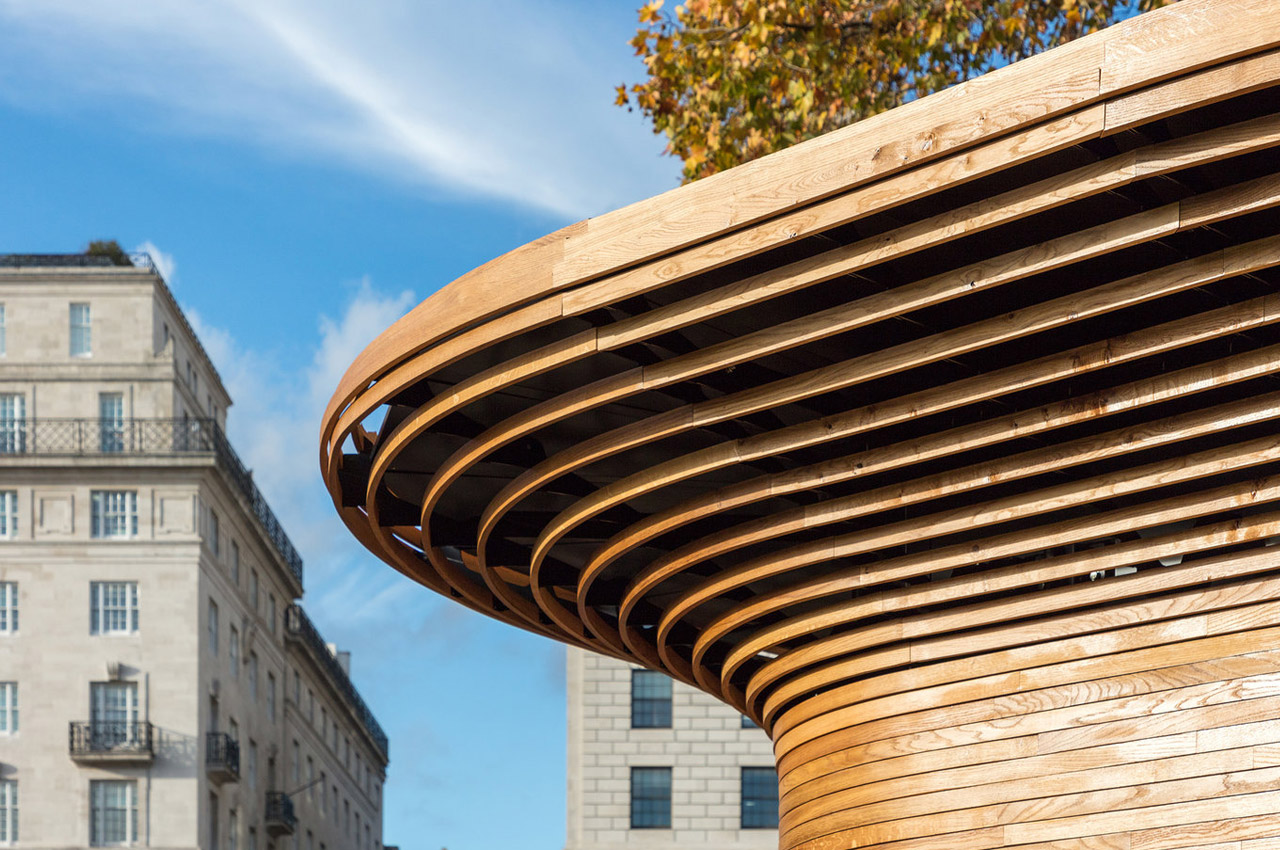 The kiosks were designed to be modular and freestanding structures that could be easily transported from one location to another. They serve as helpful beacons to navigate through the parks and aim to make the park-going experience an even simpler and effortless one. Mizzi Studio’s approach to building the kiosks was holistic and mindful – they did not want to deeply impact or disturb the landscape of the park, but still succeeded in constructing buildings that are functional, sustainable, and organic. 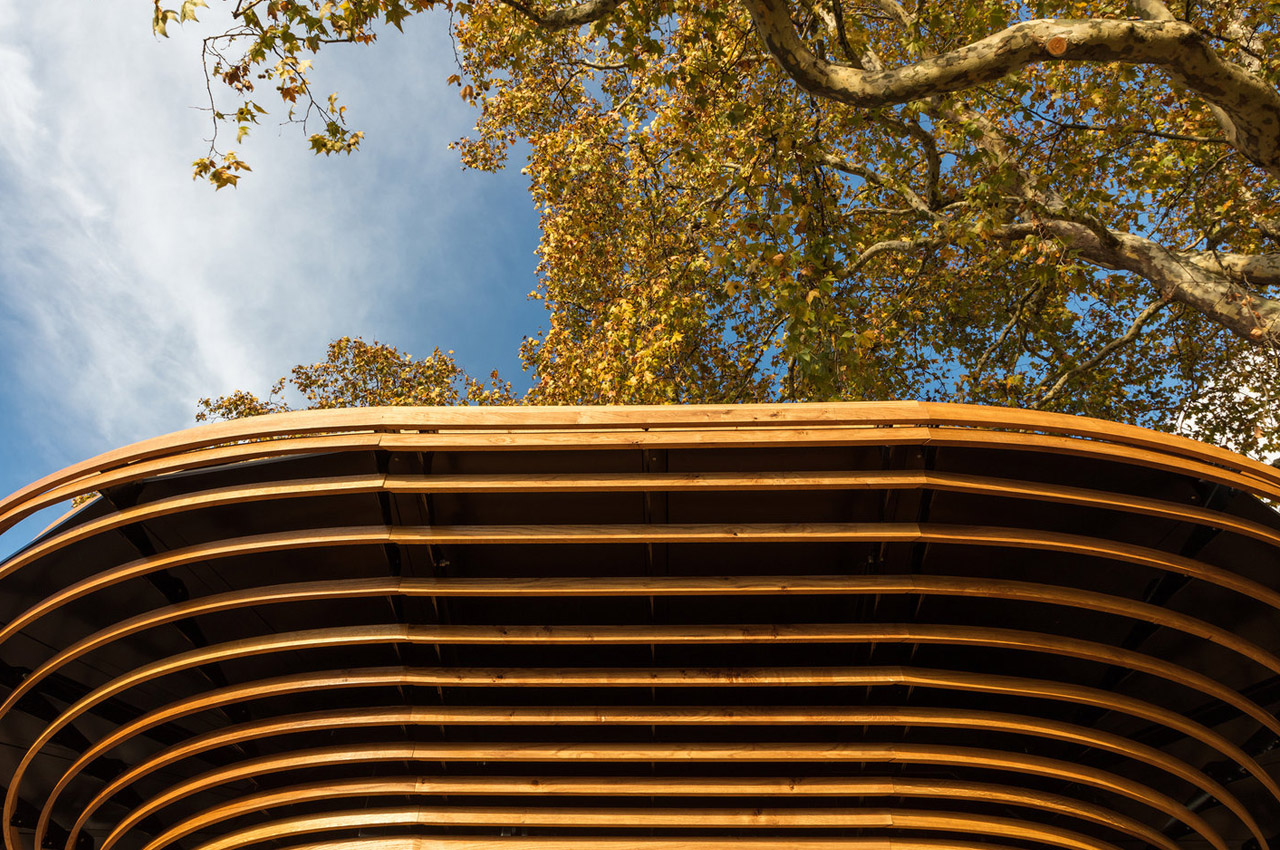 Working from home has tested our staying power regarding prying eyes and peering over our shoulders. Whether it’s a matter of peeling away from your…

That detergent bottle you threw into recycling could someday turn into furniture instead of ending up in a landfill, if The New Raw had its…