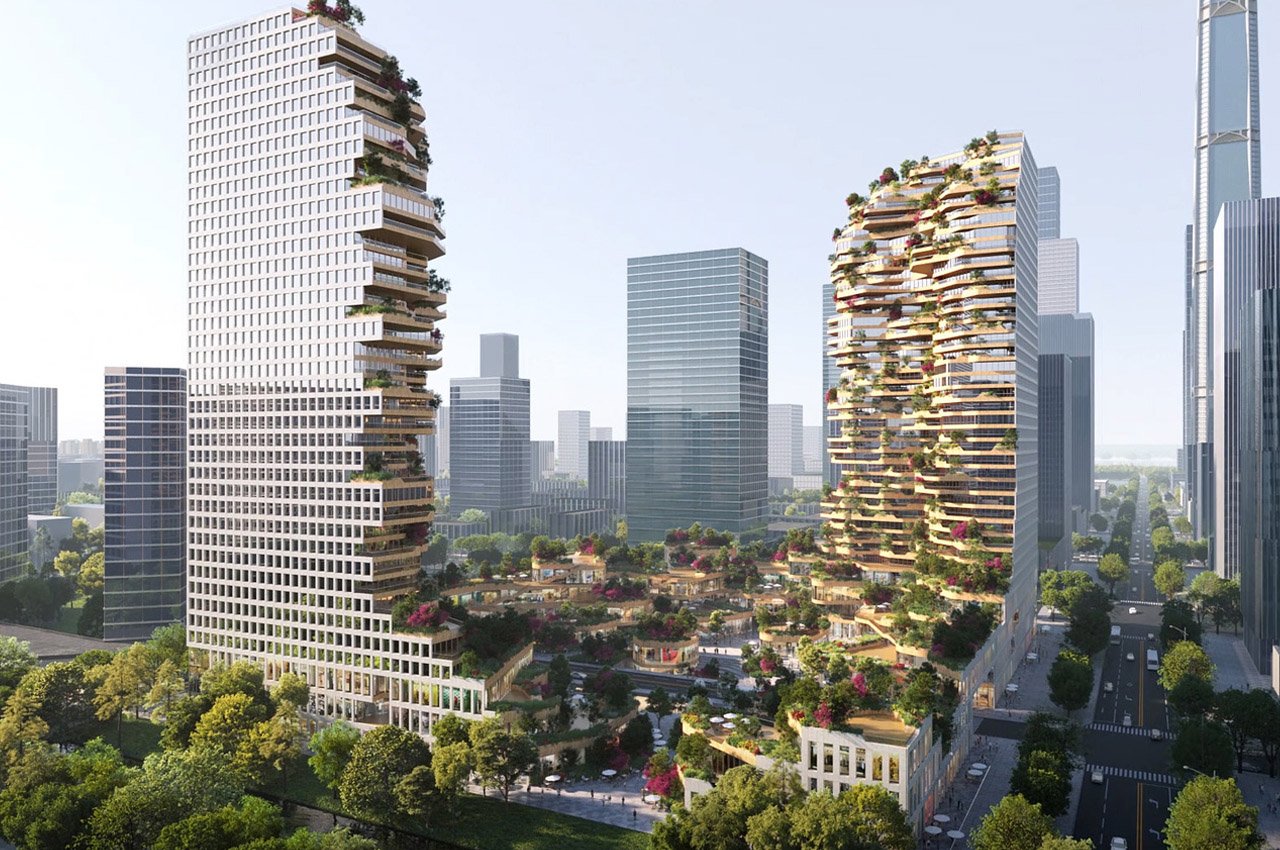 Dutch architecture studio MVRDV unveils its winning Oasis Towers development in Nanjing, China which is – a residential and commercial complex consisting of two L-shaped skyscrapers with cascading terraces! The skyscrapers feature an intriguing cliff-like facade and also face each other from the northern and southern corners. The 150m tall towers will be located at the edge of Jiangbei New Area Financial District. 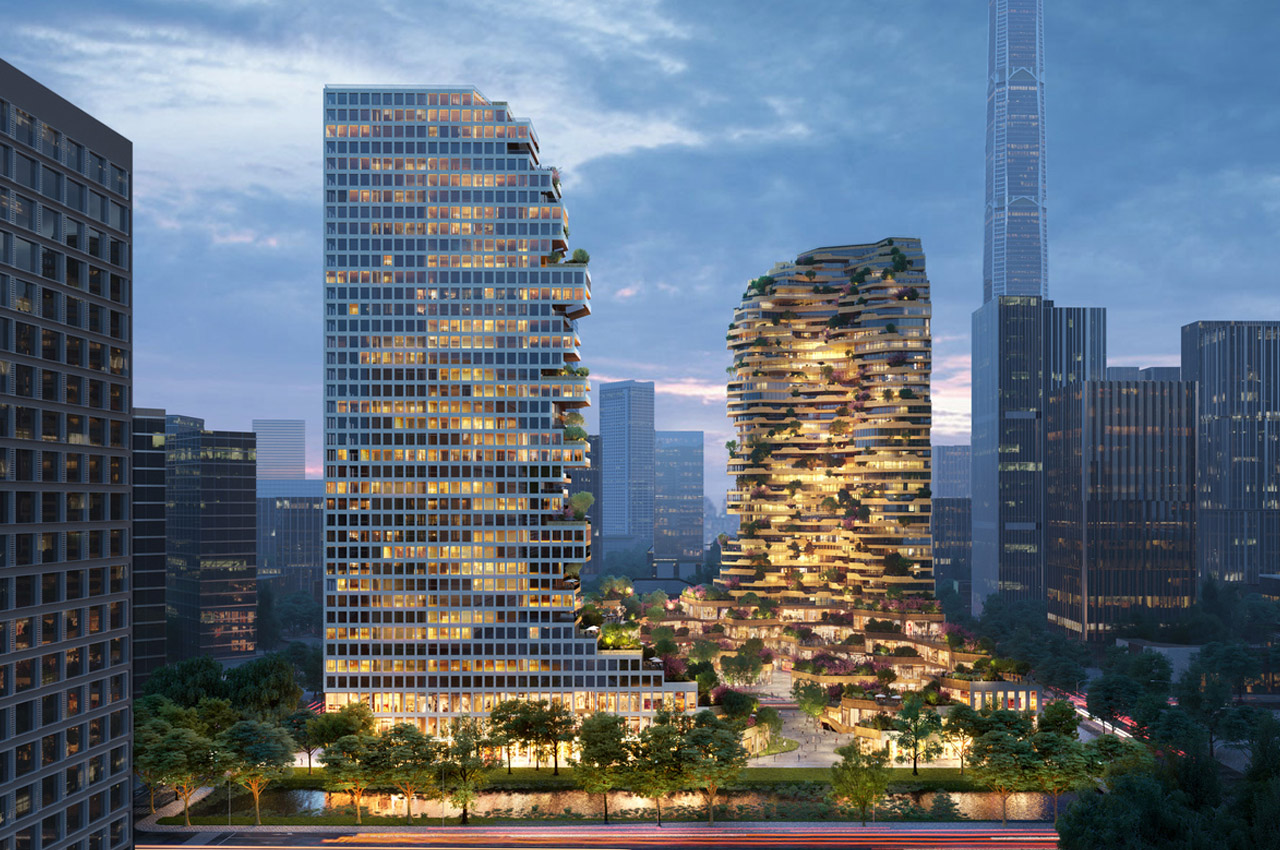 The most interesting highlight of the towers is the lush green ‘oasis’ situated at the center of the site. This green landscape slowly moves outwards, and harmoniously integrates with the cascading terraces. “The contemporary architecture of Nanjing takes its inspiration from nature in form and appearance. With Oasis Towers we wanted to push this trend to the max – not only emulating nature with curving, stratified ‘cliffs’ but also to literally incorporate nature into the design with the greenery and by tapping into natural processes” said MVRDV co-founder Winy Maas. 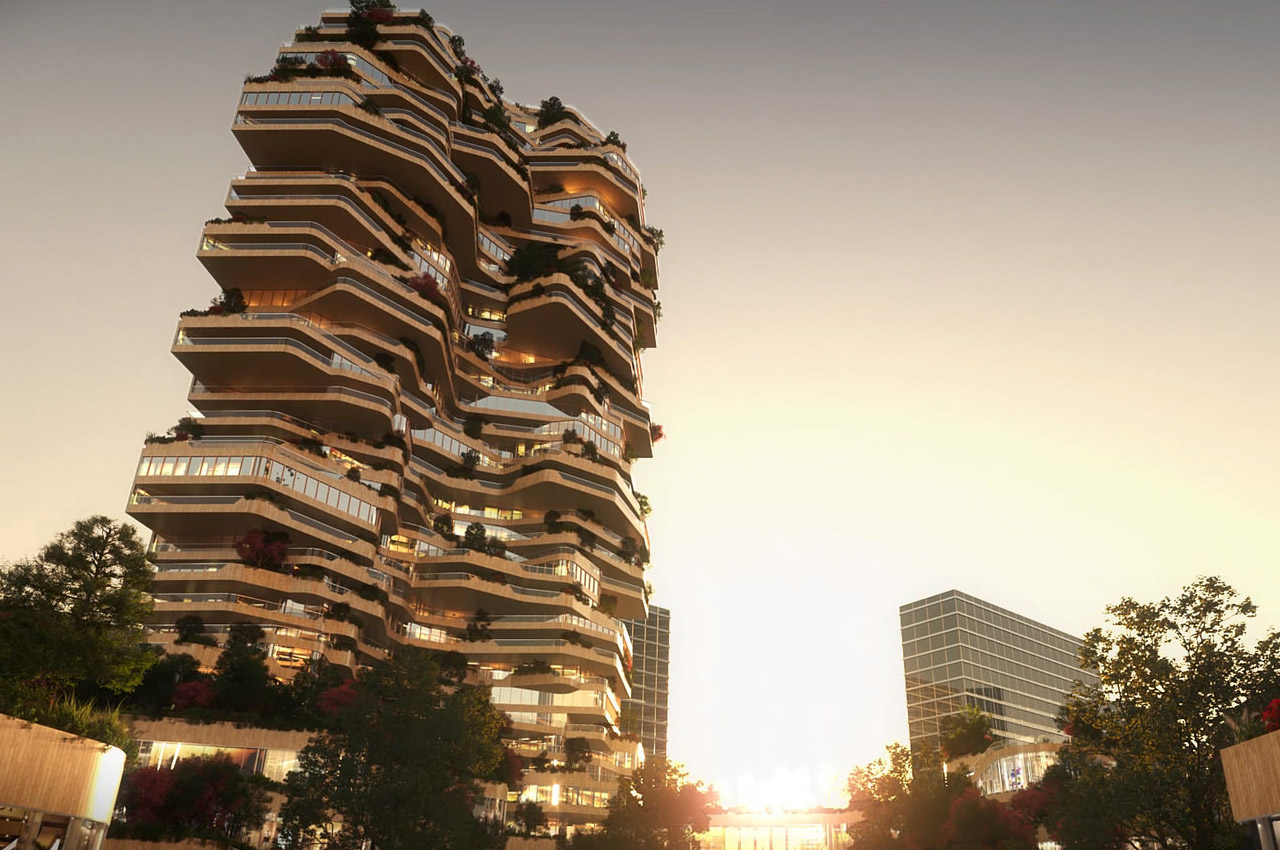 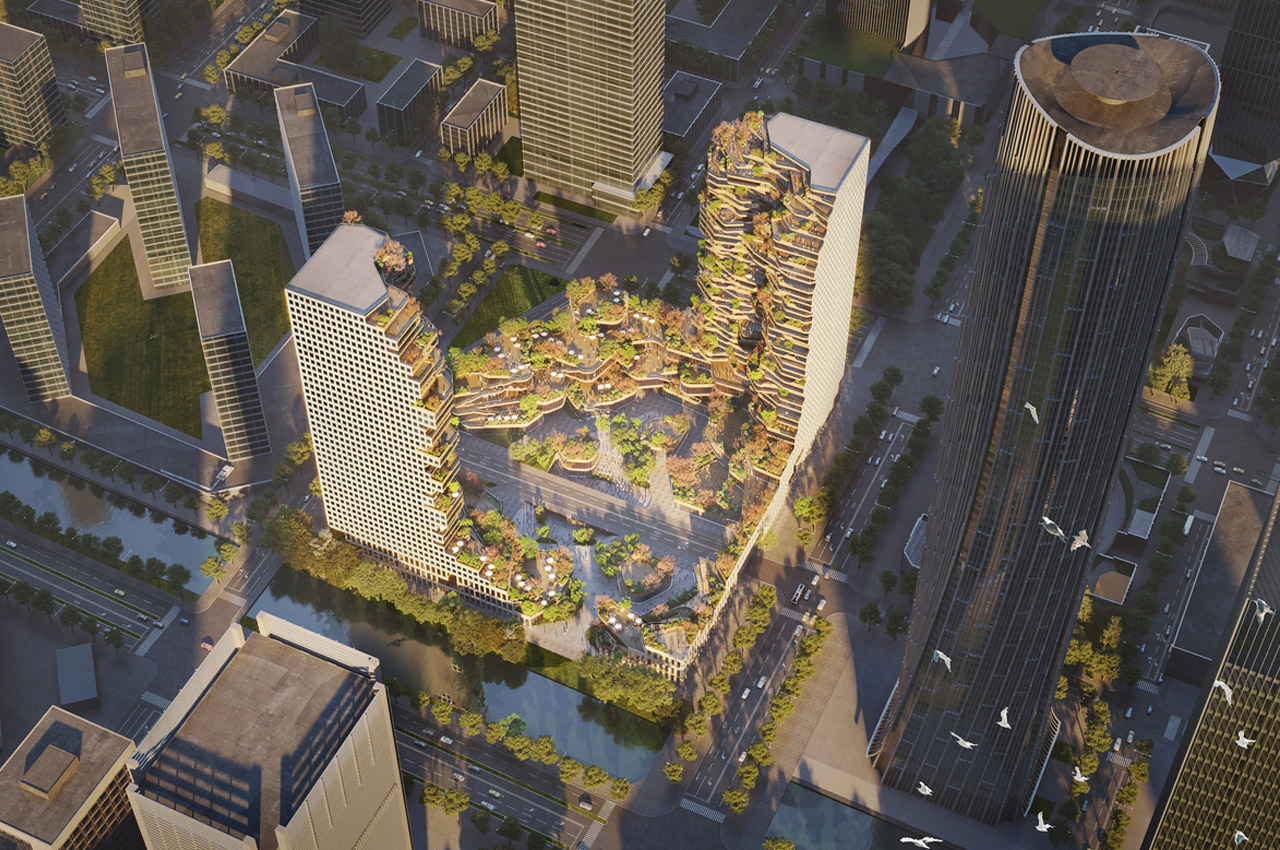 The exterior of the towers is basically a gridded facade, which is interestingly contrasted by the inner facade that comprises of cascading terraces that give the impression of a rippling waterfall. The terraces are clad with recycled bamboo, and will be covered in trees and other greenery, and will slowly go on to form a natural perimeter around the oasis, functioning as an elevated extension of it.

A 3-4 story podium creates a protective perimeter around the site, separating it from the surrounding area, and bringing MVRDV’s vision of  “a haven for residents in a dense and rapidly developing part of the city” to life. 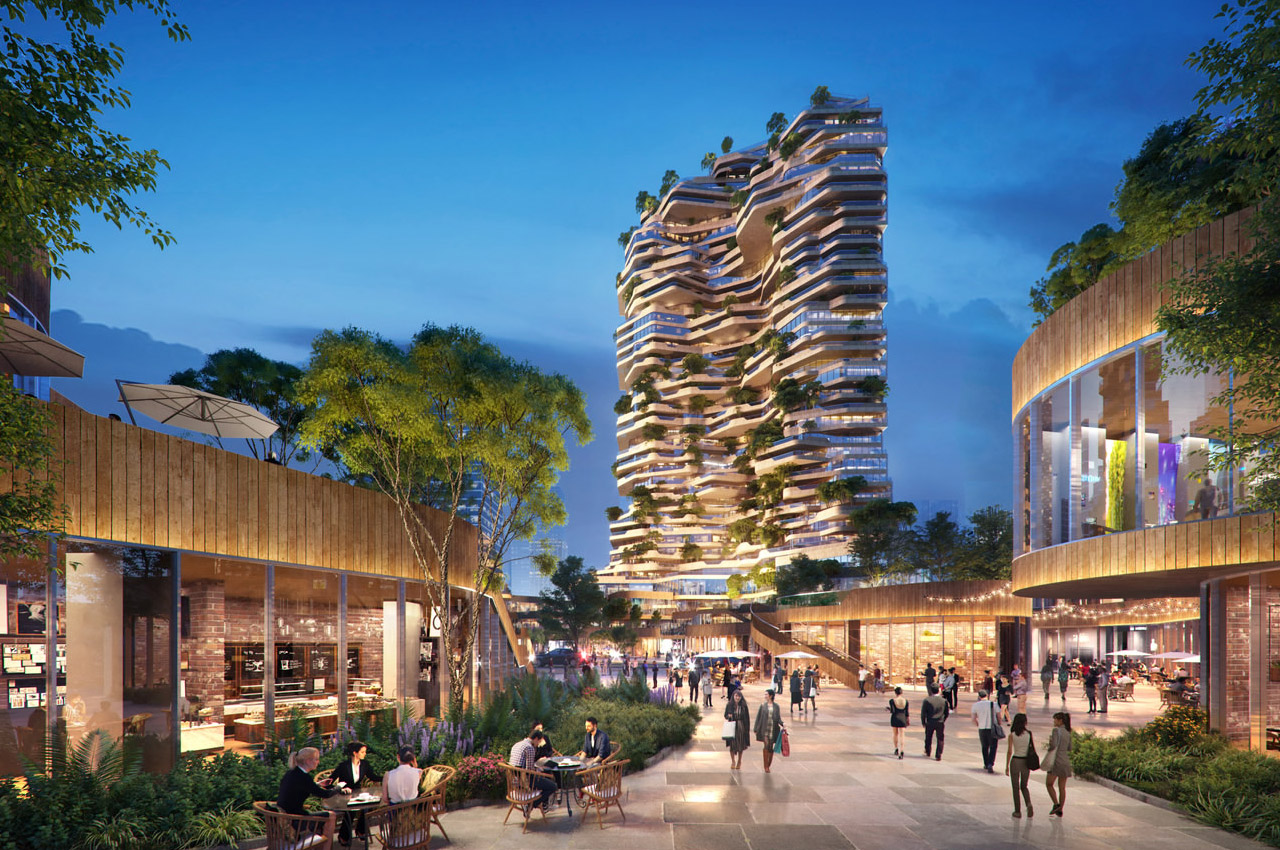 The oasis has been filled to the brim with trees and other greenery, and one can gaze at it from the shopping and commercial areas which are located from the ground floor to the third floor. This green space ensures privacy for the residents staying on the upper floors, ensuring the hustle and bustle of the shopping floors does not reach them. This sunken plaza connects both plots across the central road. It provides easy access to the metro station which is located beneath the towers. 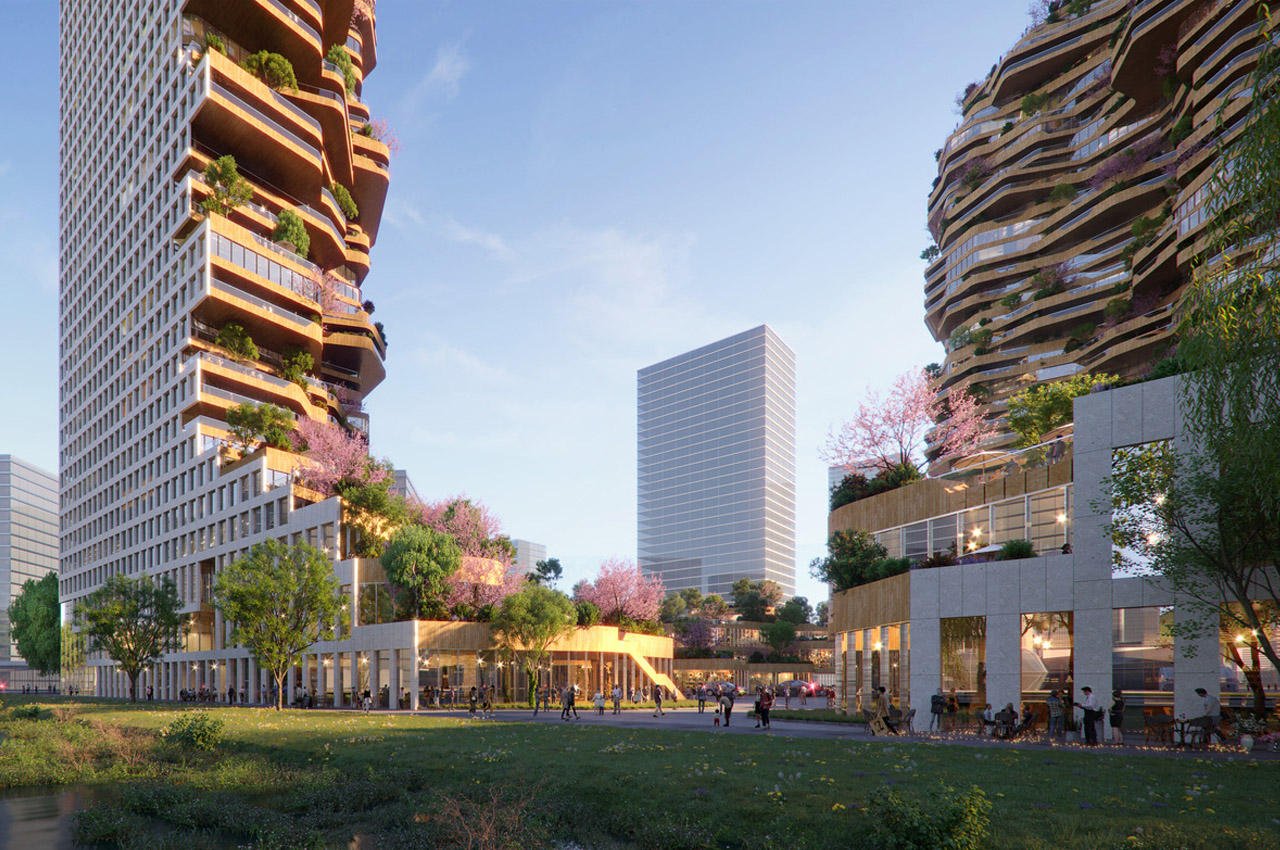 As green as Oasis Towers is, it’s also been jampacked with sustainability. The rooftops are non-accessible and have been planted with diverse species of plants to promote biodiversity. Rooftop reed beds have been installed as a greywater recycling system to filter and clean water. Also, a water-source heat pump is supported by an adjacent river to reduce energy consumption.

MVRDV’s sustainable and green vision for Oasis Towers is already giving us goosebumps, and we cannot wait to watch it come to life. 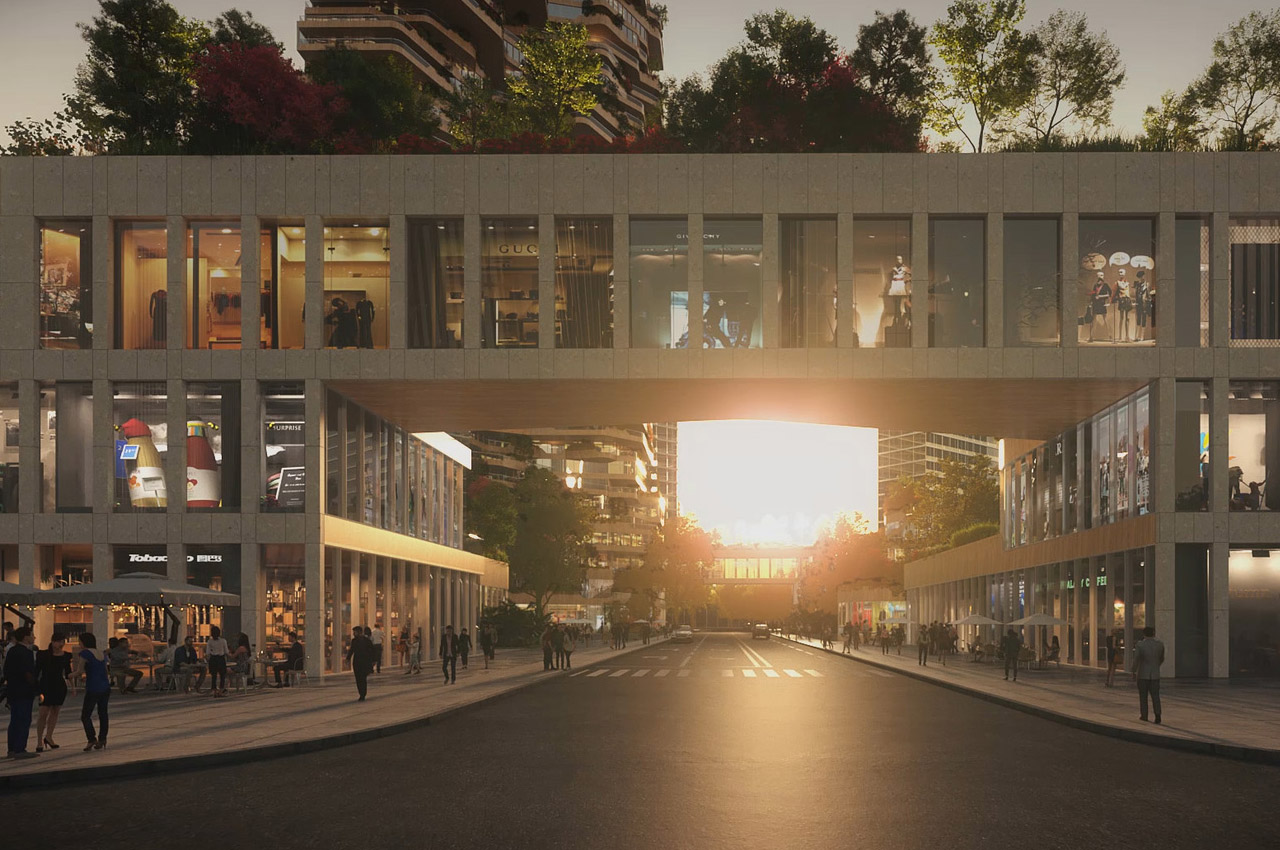 A Holiday from Reality

Sometimes, the traditional and the familiar can offer a calming refuge against a stressful storm of changes. The past two years have forced many changes…