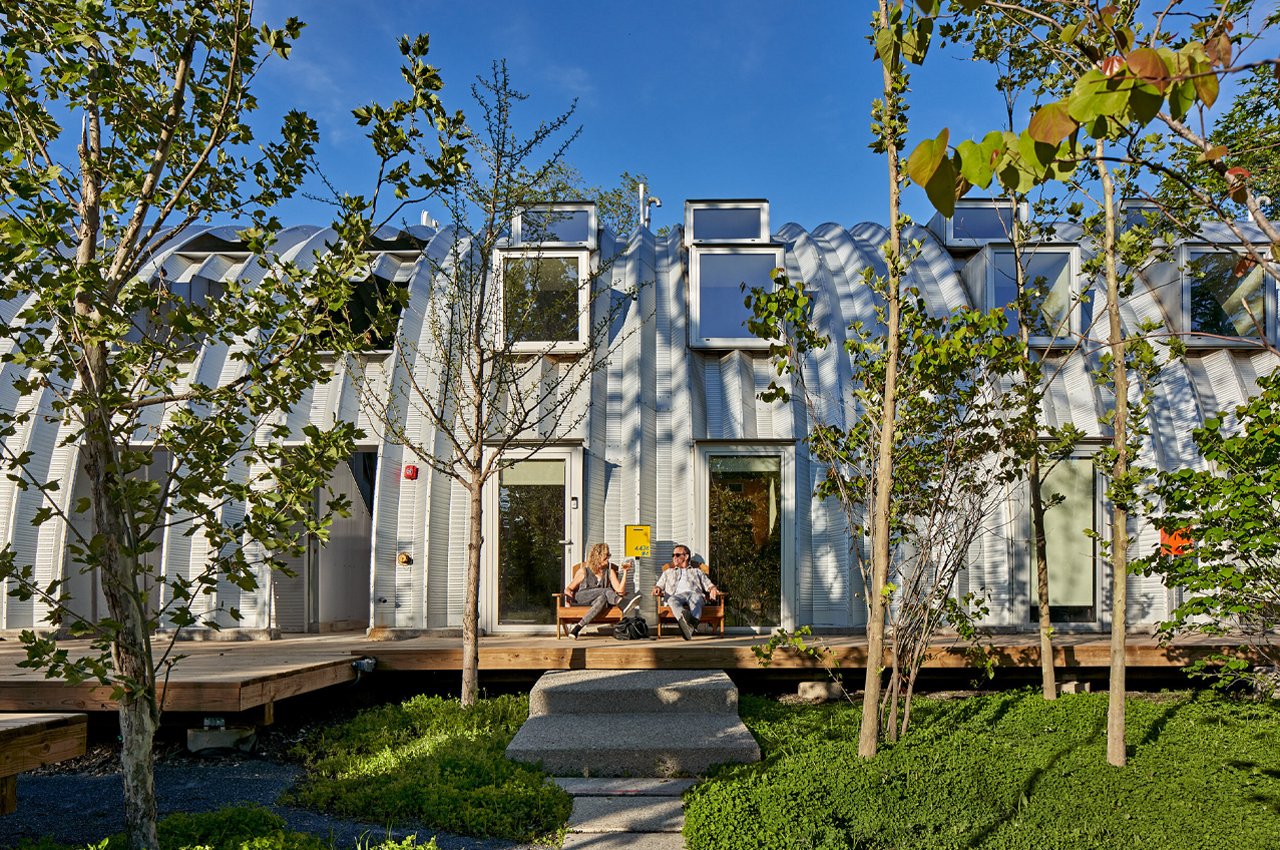 The Caterpillar is a 192-foot-long, 46-foot-wide modular residence designed and built from a Quonset hut that features a compact and inhabitable cube in the center of each unit for services such as a bathroom, shower, and kitchen.

In the United States, Quonset huts were introduced in the years following World War I. Based on the earlier Nissen hut, another type of prefabricated steel structure designed by the United Kingdom for military use, Quonset huts were designated for primary use by the U.S. Navy. Chosen for its lightweight profile, the Quonset Hut is an all-purpose building that can be shipped anywhere and assembled without skilled labor. 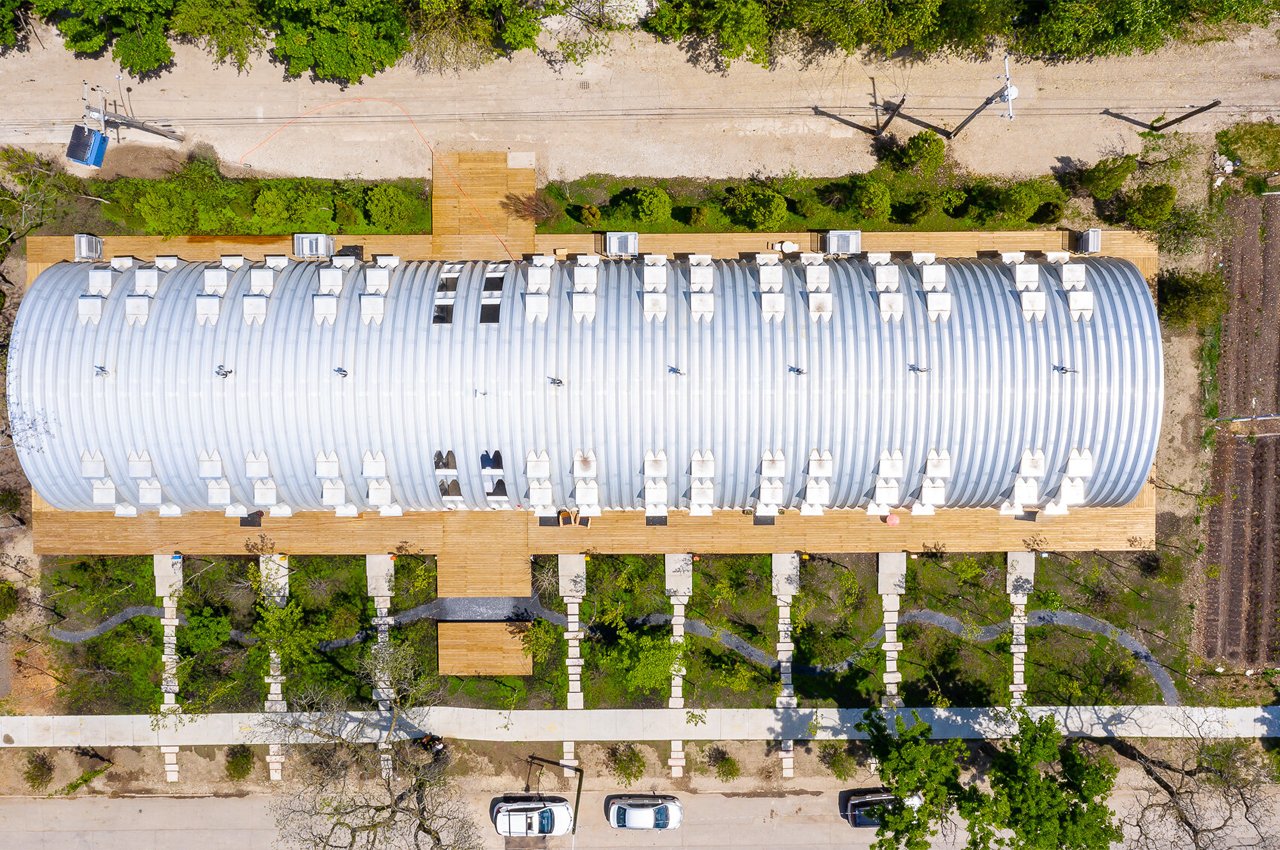 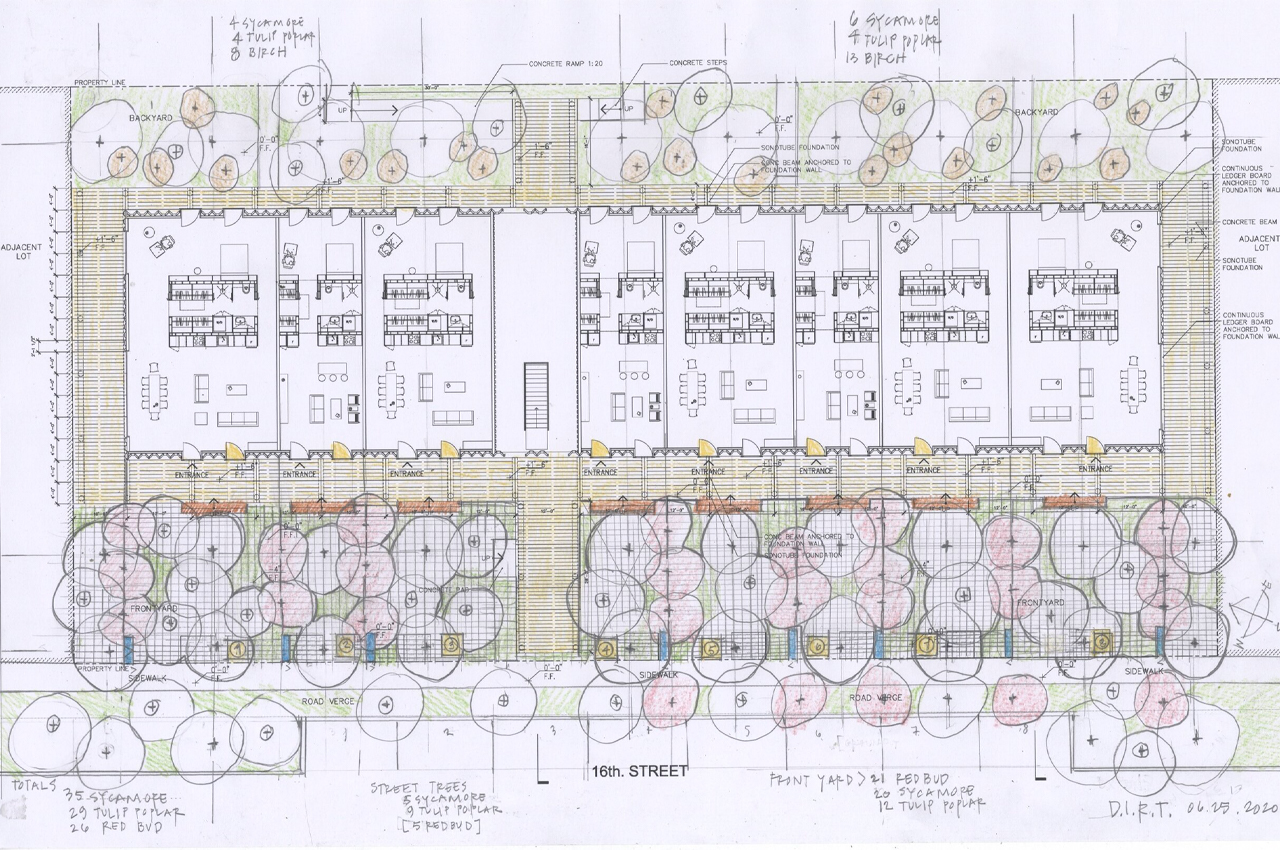 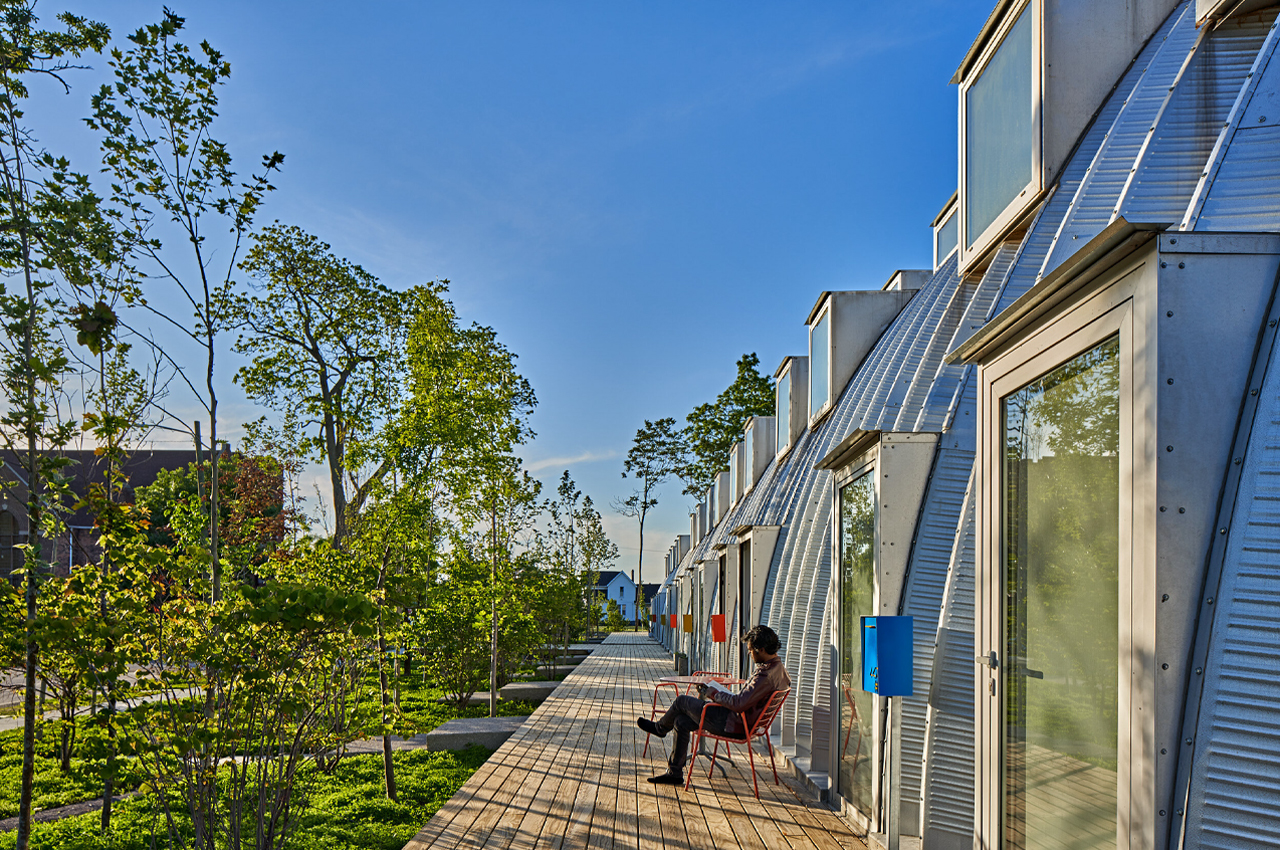 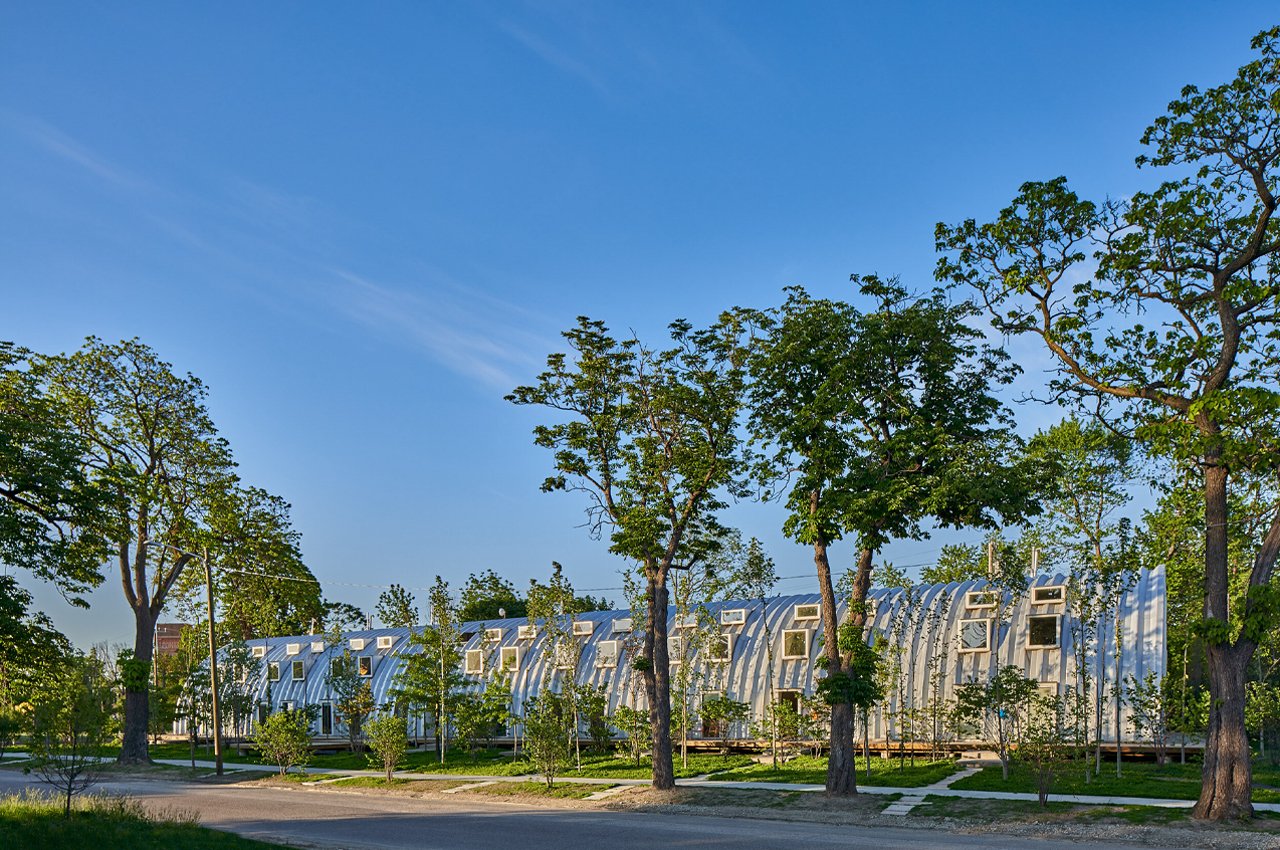 Following True North, the neighborhood’s first live-and-work communal space, the team of architects and developers hoped to merge that same sense of community into a single Quonset hut. Dividing the lengthy residential complex into eight units, each live-and-work space features 23-foot tall ceilings that are lined with clerestory windows and a ‘Jetsons’ style genesis chamber where residents can “transform from ‘just barely awake’ to ‘ready for action,’” as the architects describe. 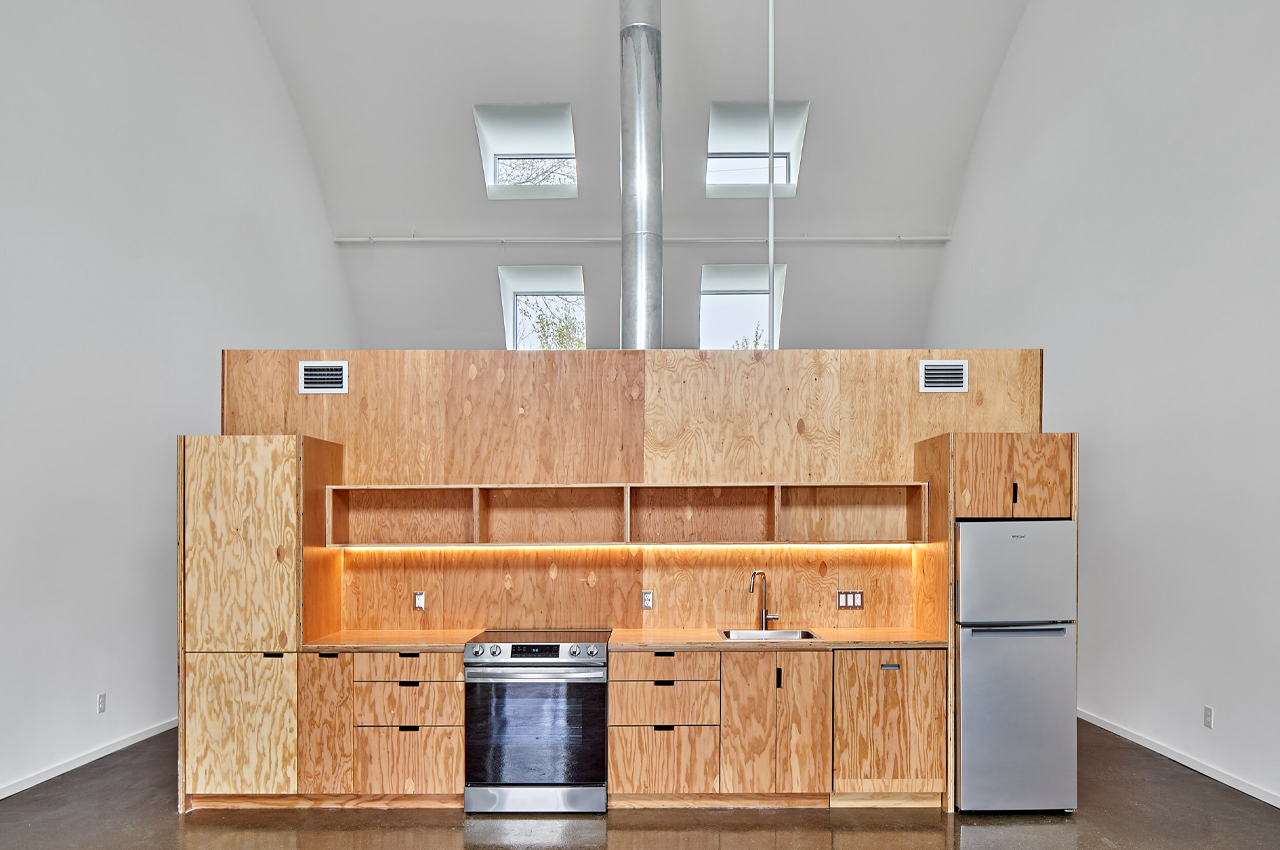 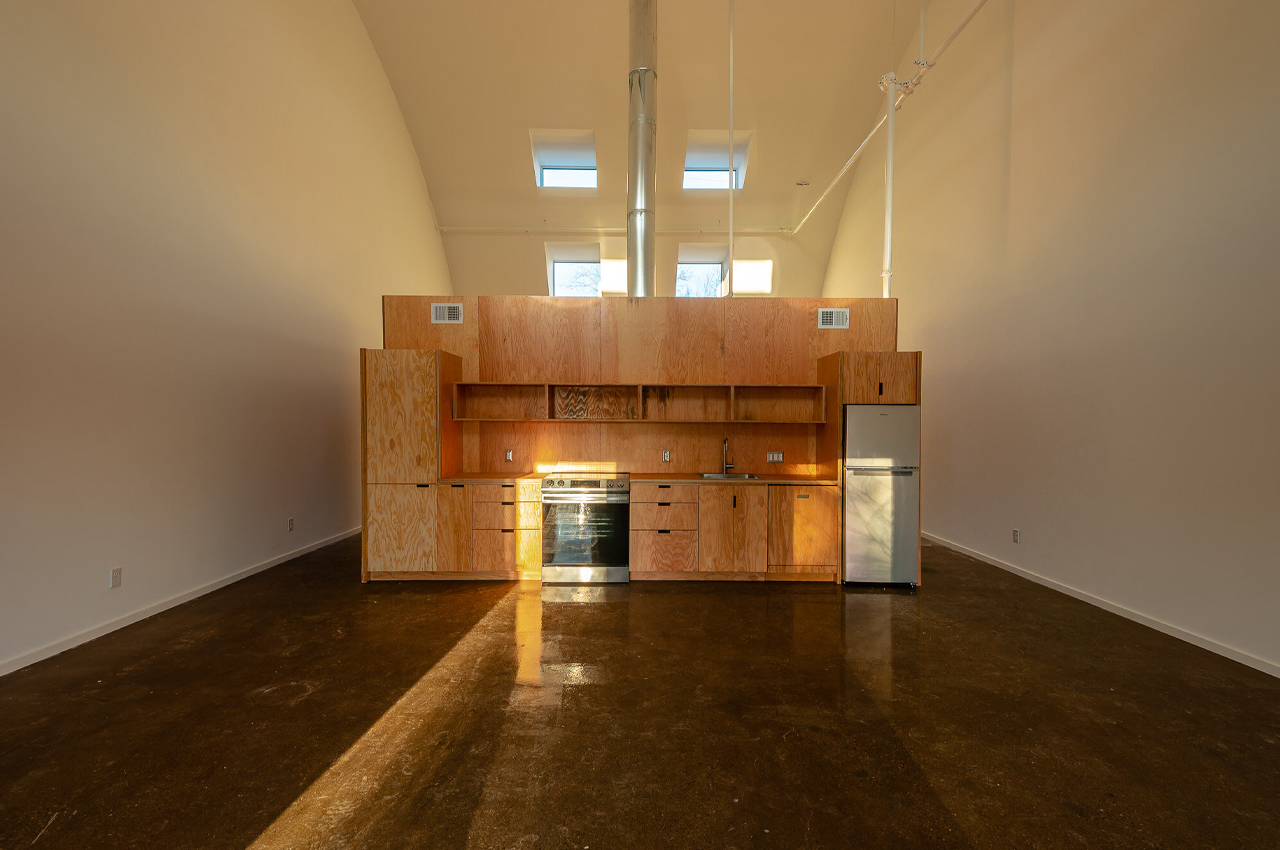 Constructed from unstained, polished wood, the genesis chamber is positioned neatly in the center of each unit and brings a railroad-style flow to each unit. Separating the bedroom from the kitchen and dining area, the genesis chamber contains all the services available to each unit, including the bathroom, shower, and kitchen. From the kitchen, residents pass through the bathroom to get to the main bedroom and vice versa. 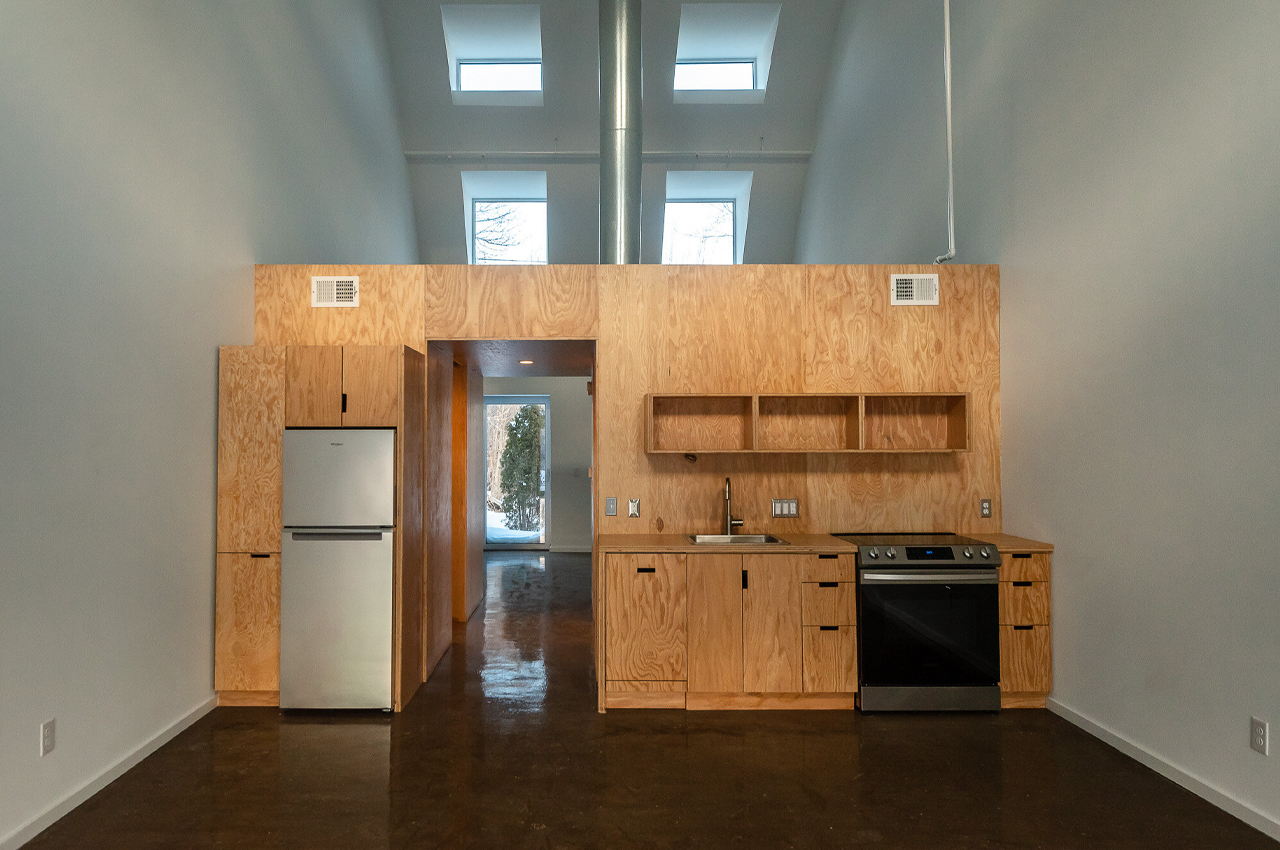 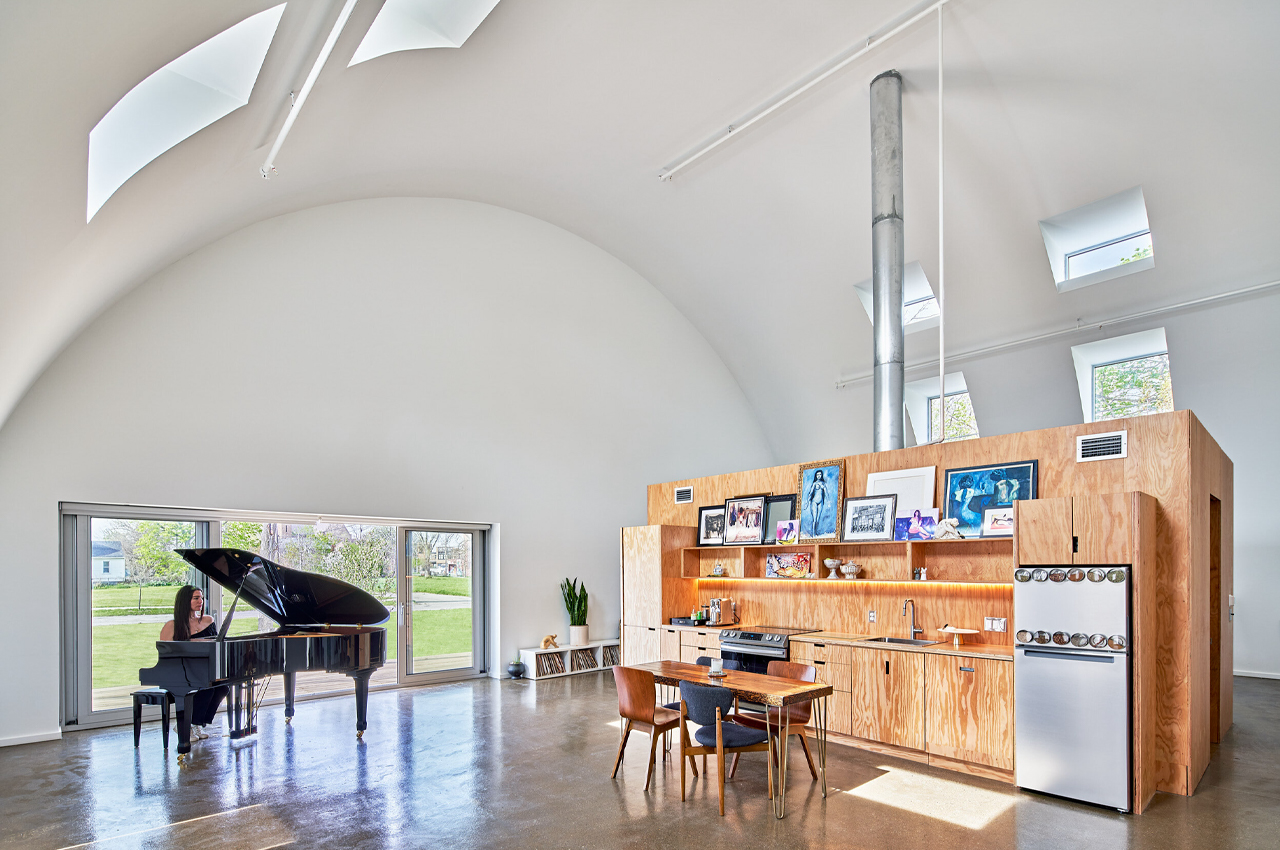 Finding inspiration everywhere from music notes on a piece of sheet music to a UFO crash landing in the forest, the team of architects behind Caterpillar set out to create a type of communal sanctuary in Core City’s urban woodland, where over 150 trees call home. 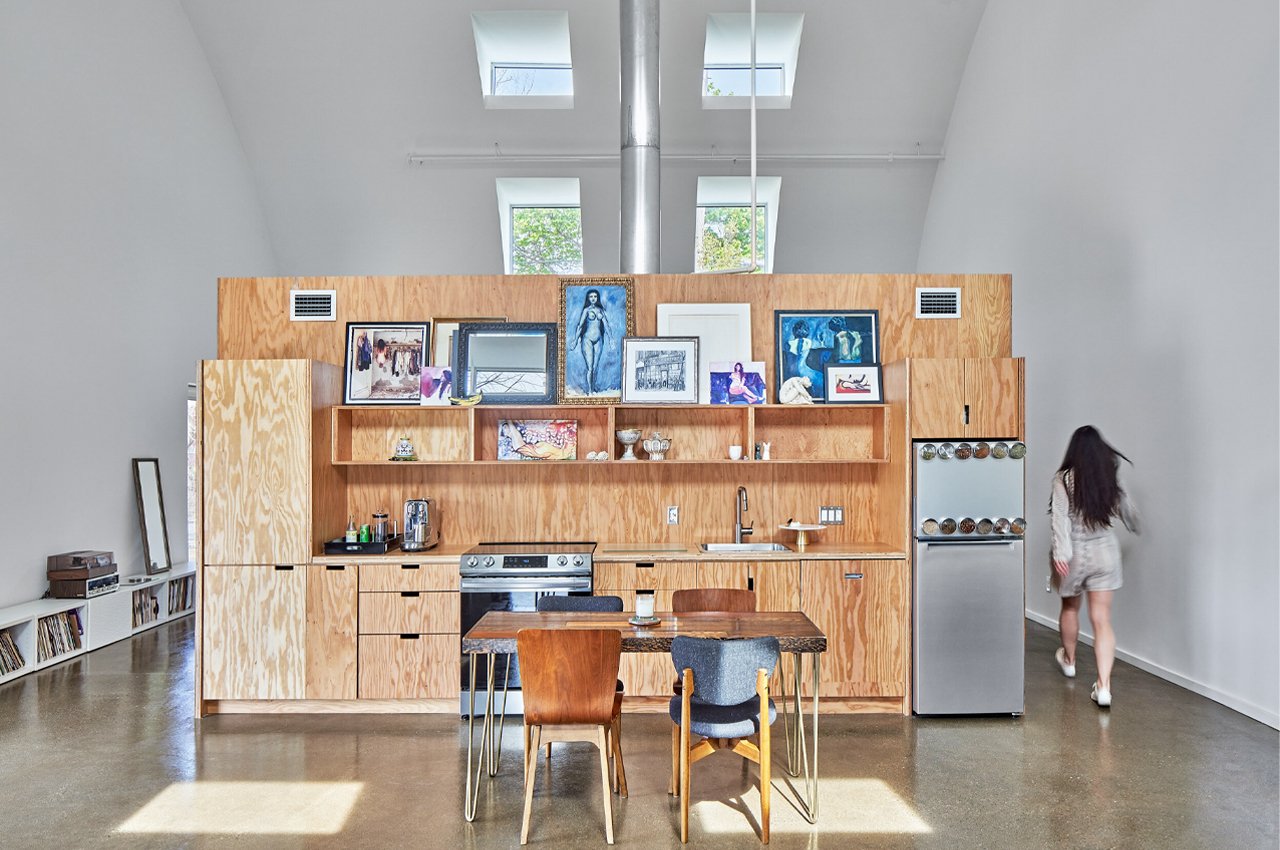 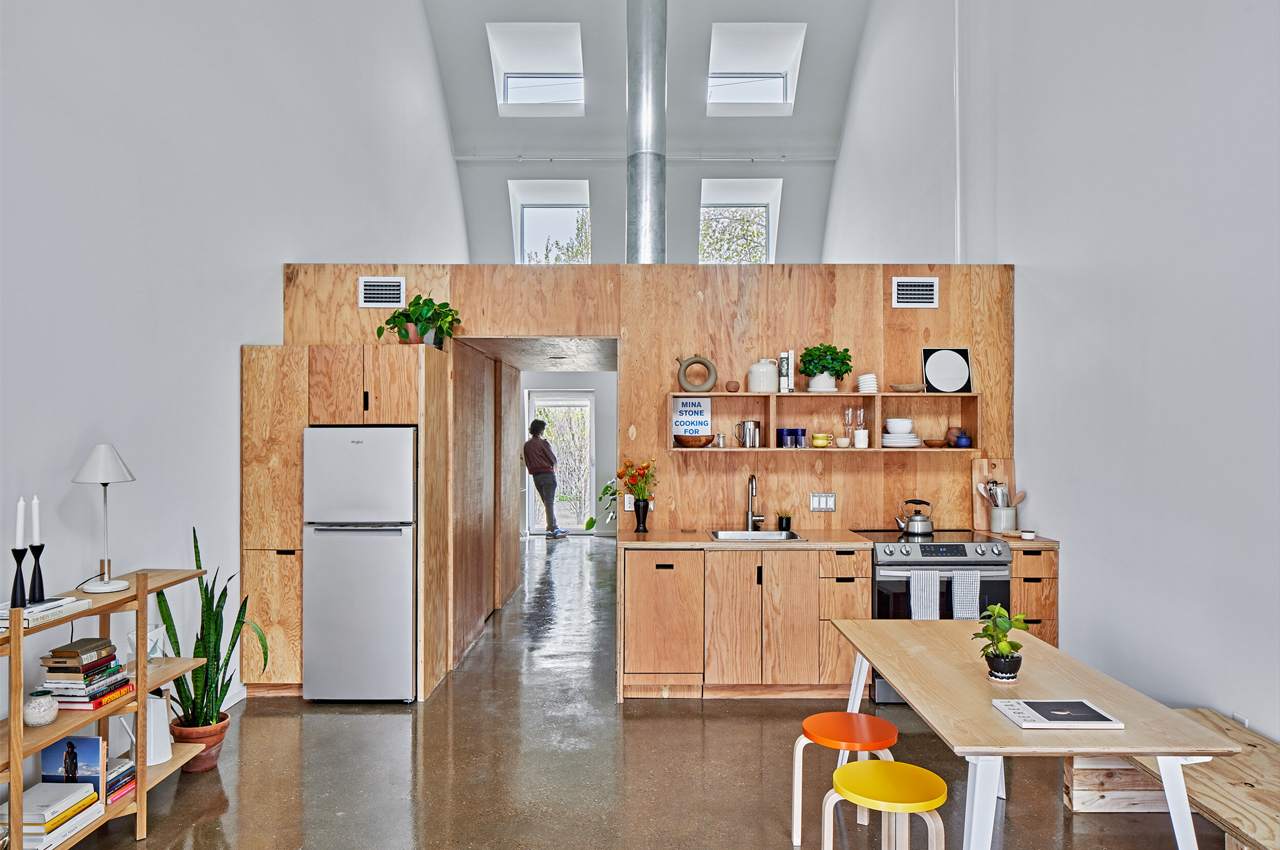 Caterpillar homes in on porch culture to outfit its exterior with the same sense of openness that floods the inside of each residential unit. From windows to doors, Caterpillar features 36 different openings that bring in pools of natural light indoors during the day and emanate a golden glow from the outside come dark. 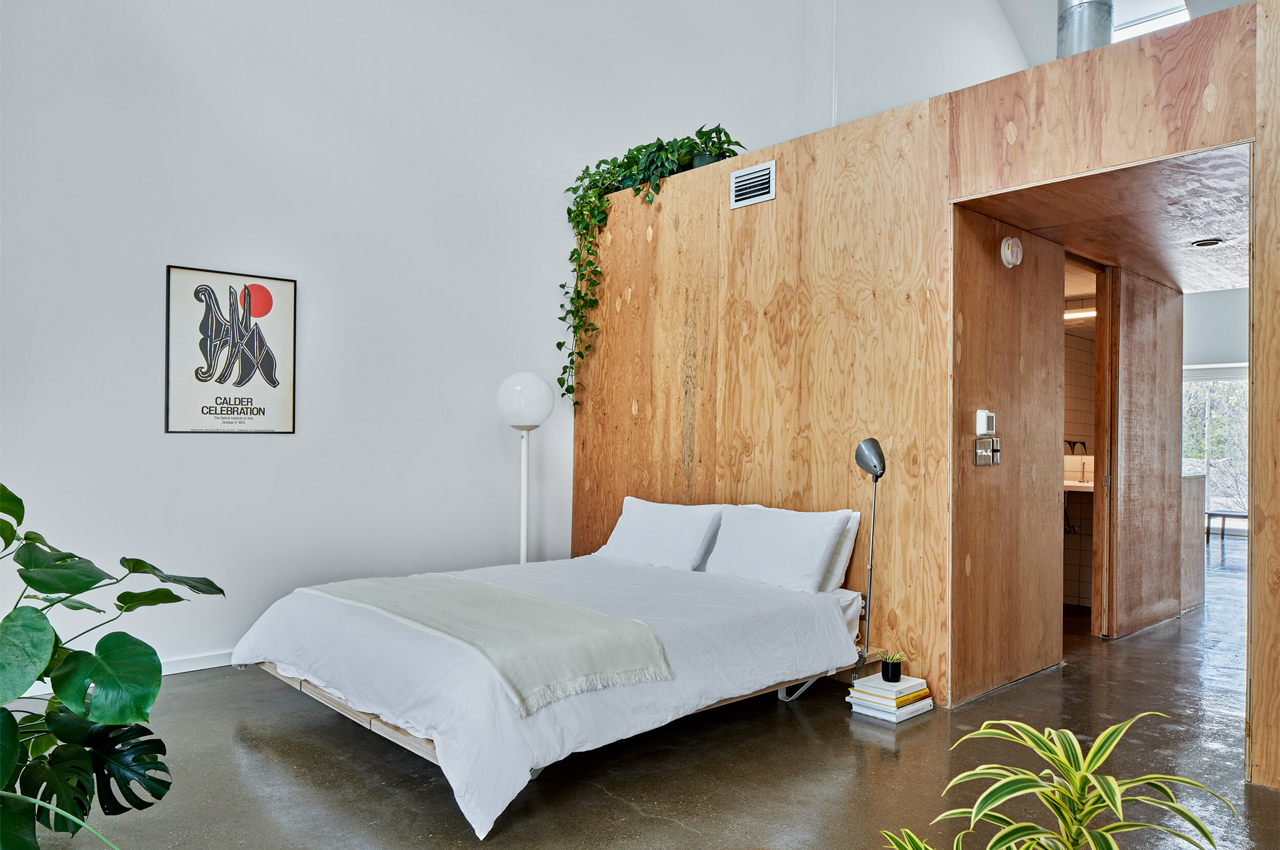 The inhabitable center cube outfits the home with services such as a bathroom, shower, and kitchen. 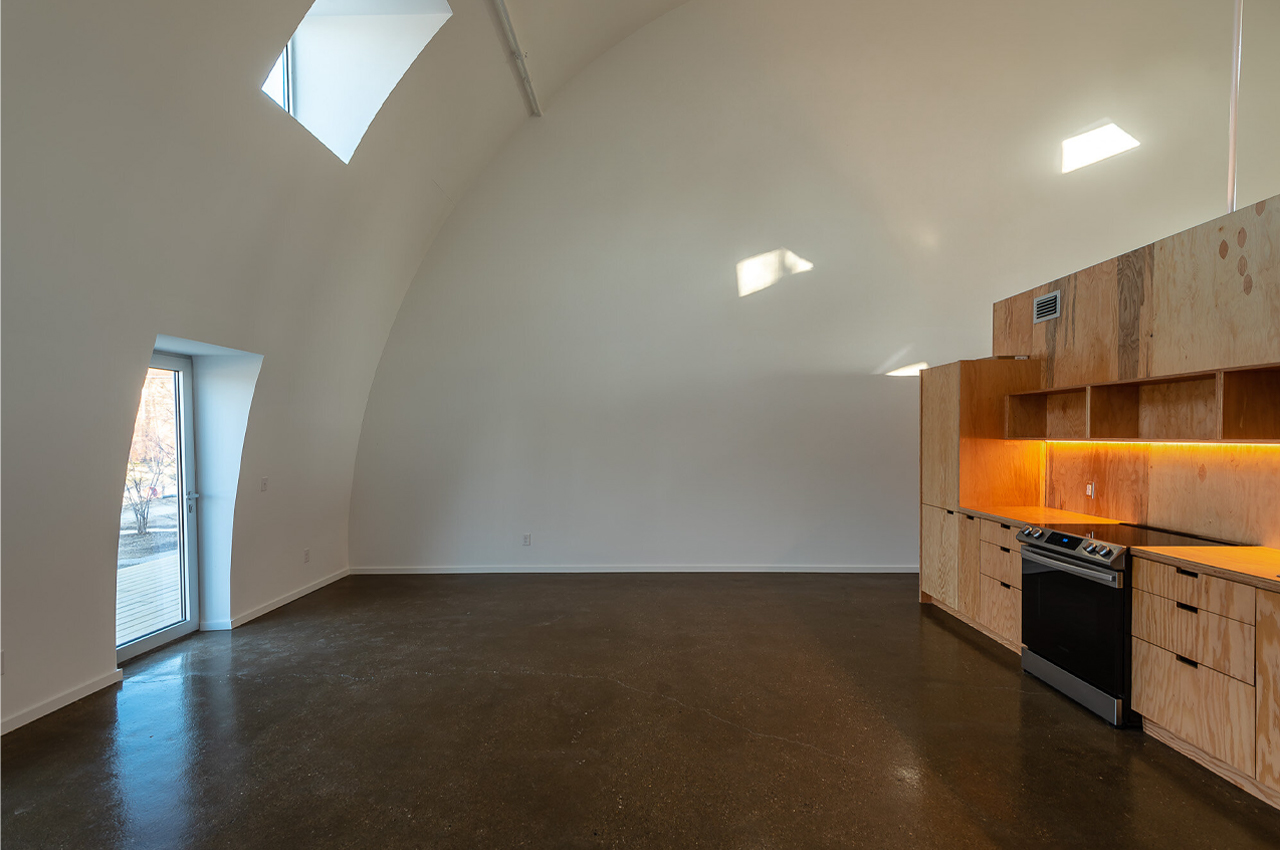 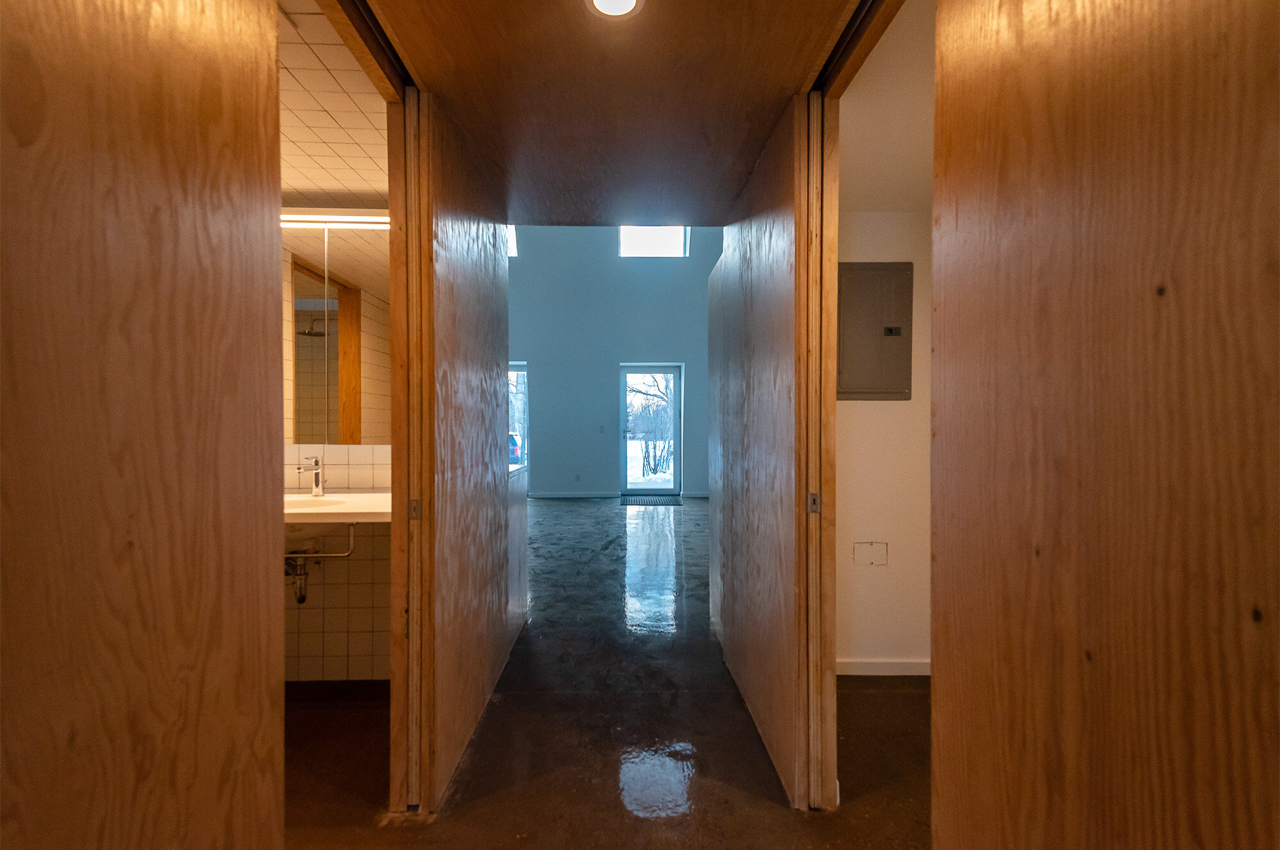 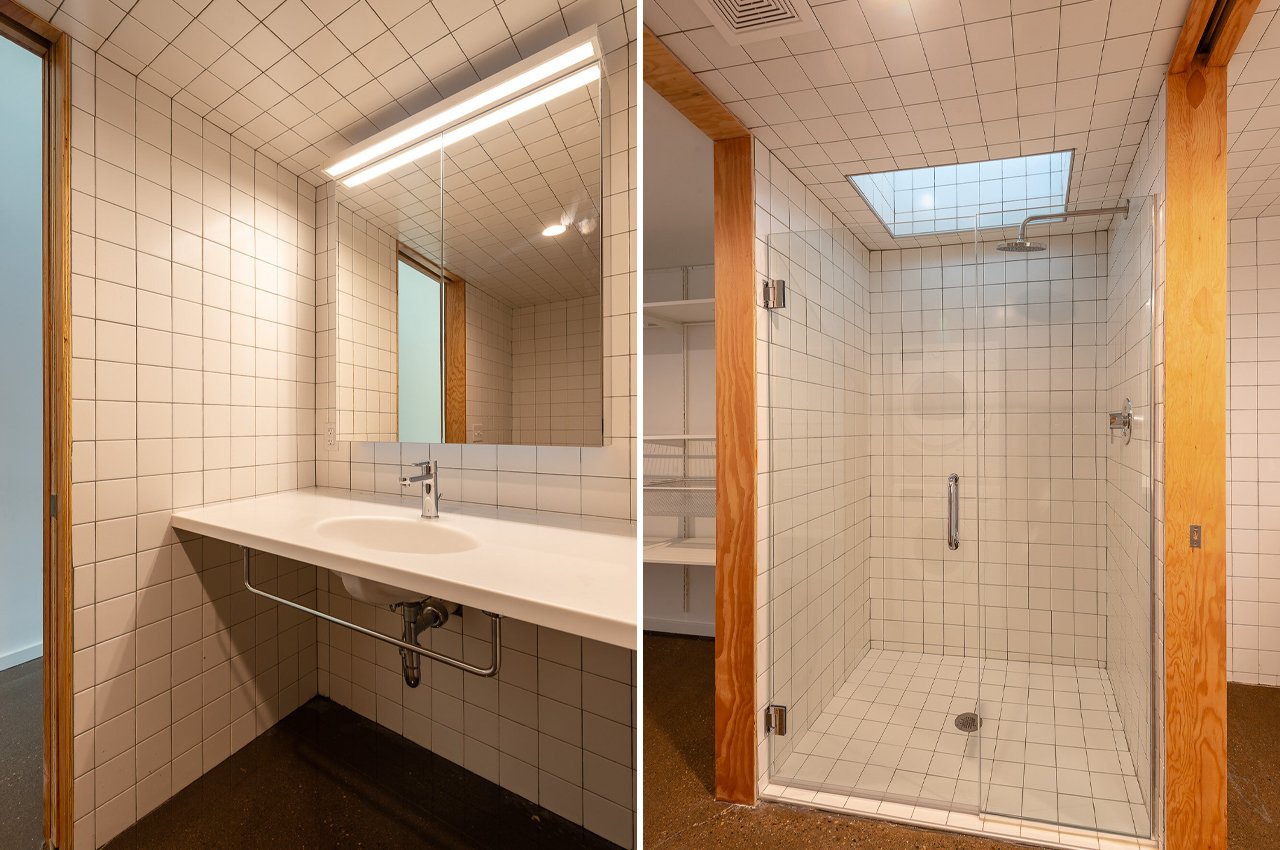 The bathroom takes on a minimalist personality to blend with the unit’s open layout. 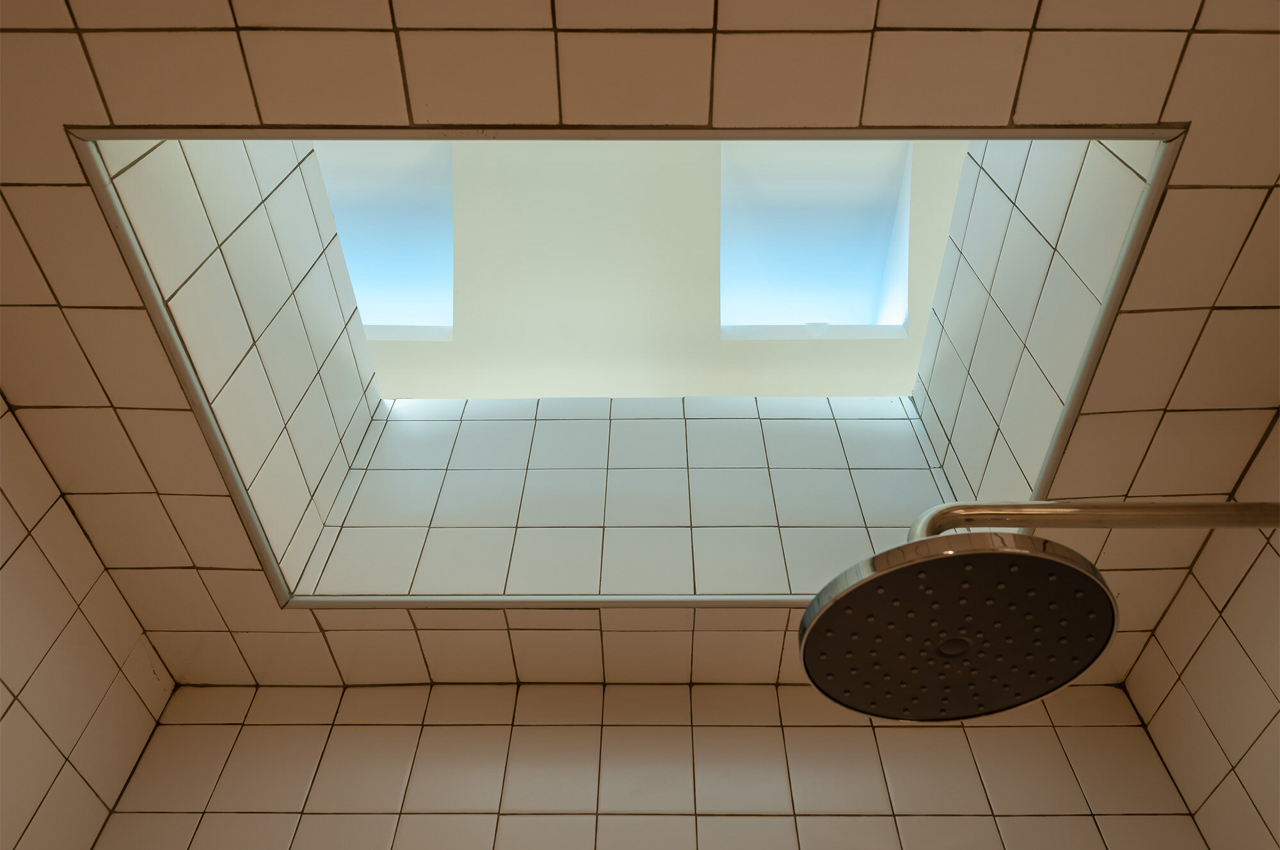 Skylights and clerestory windows bring in pools of natural light throughout each unit. 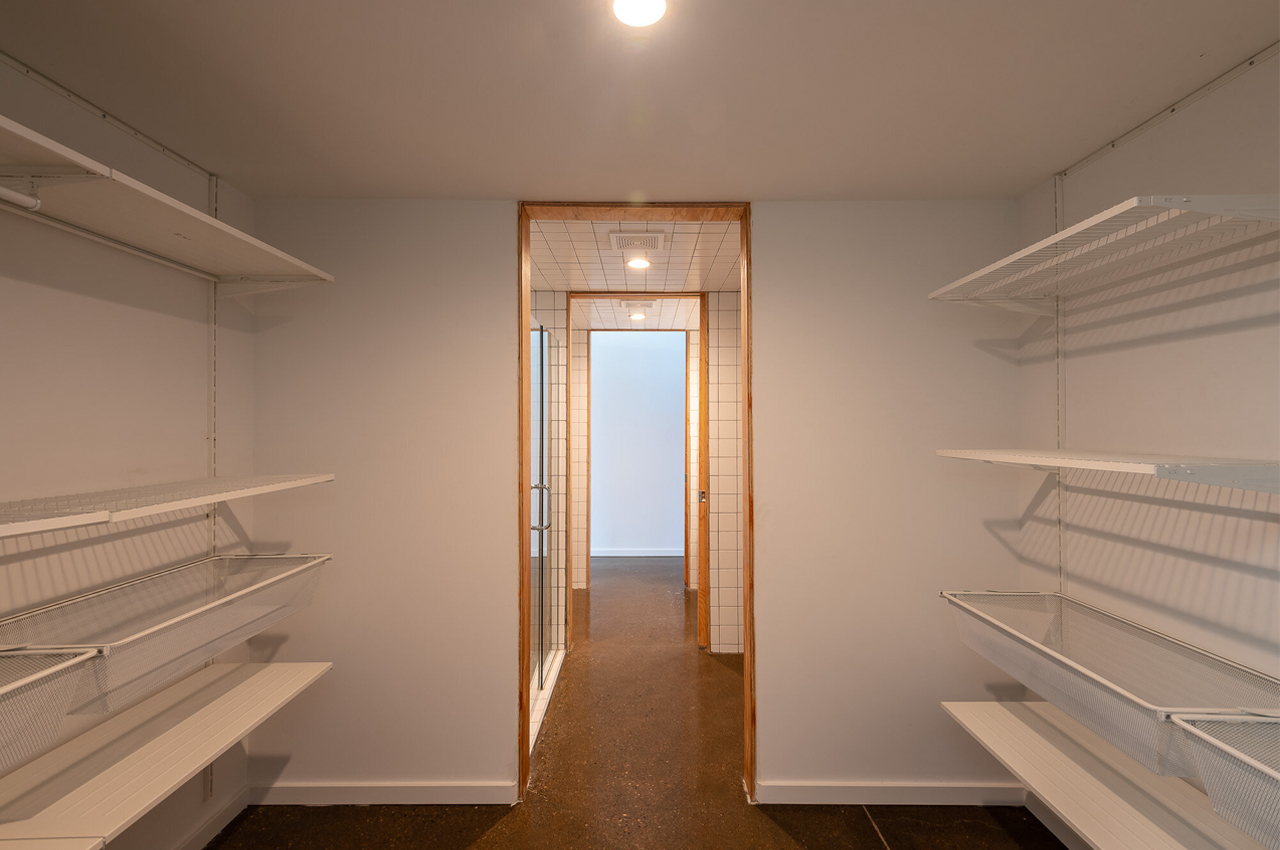 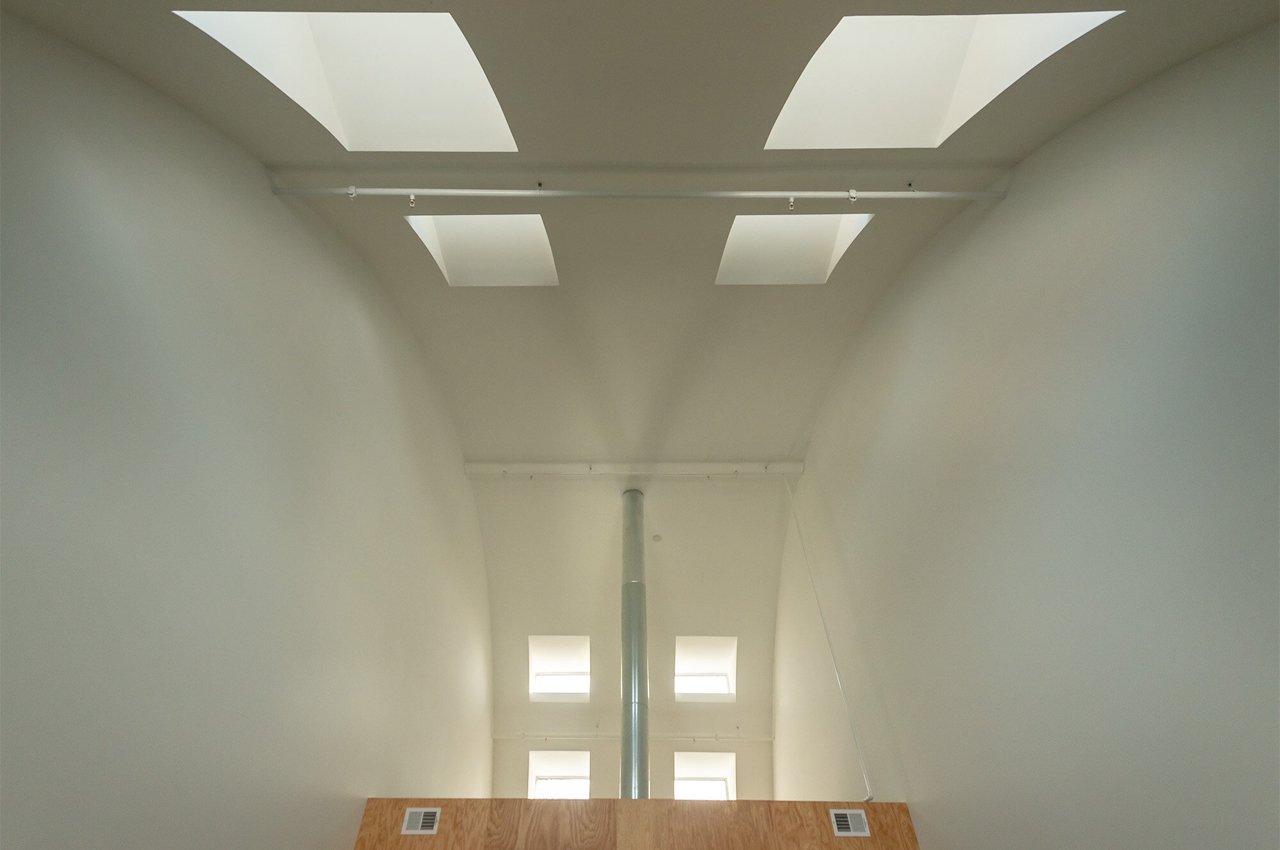 Each unit is split into its own half-circle splice with 36 different openings lining the facades of Caterpillar. 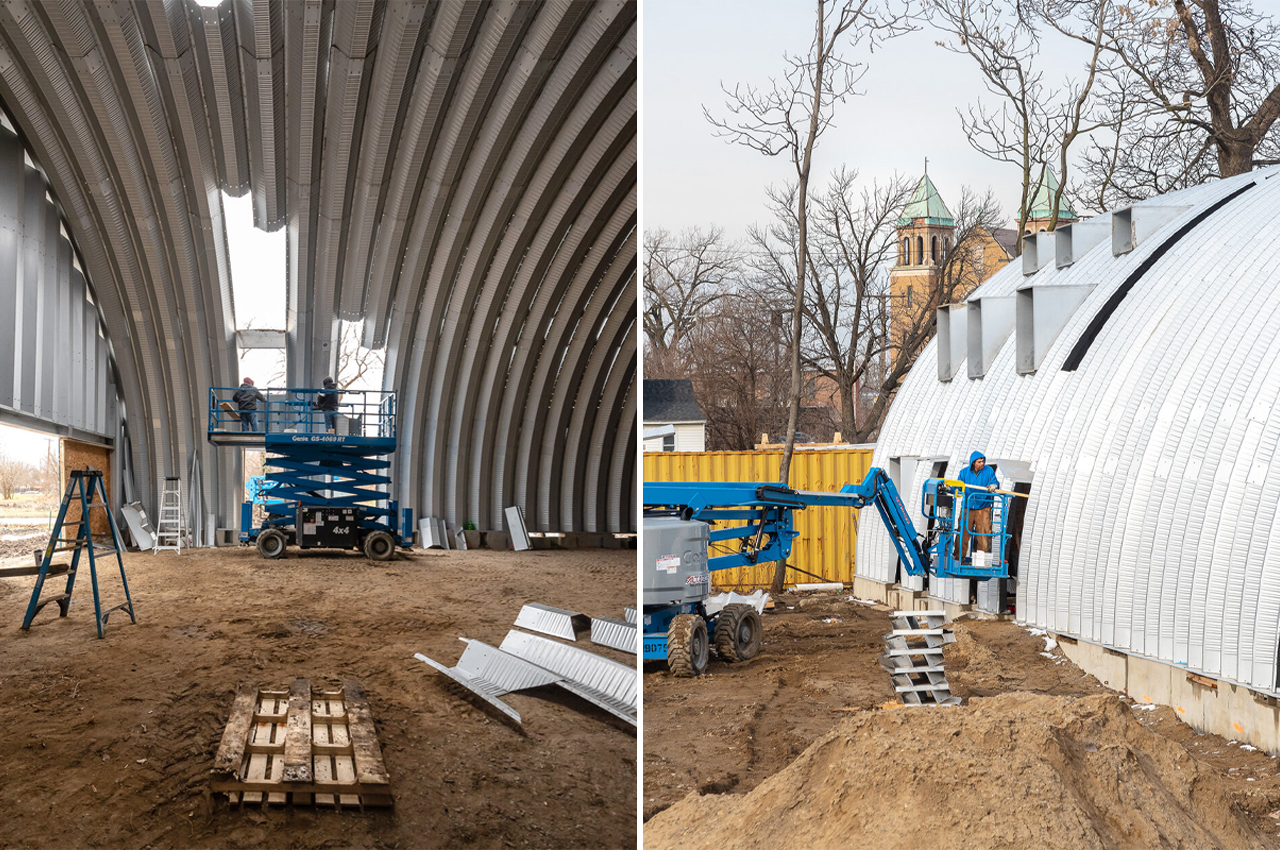 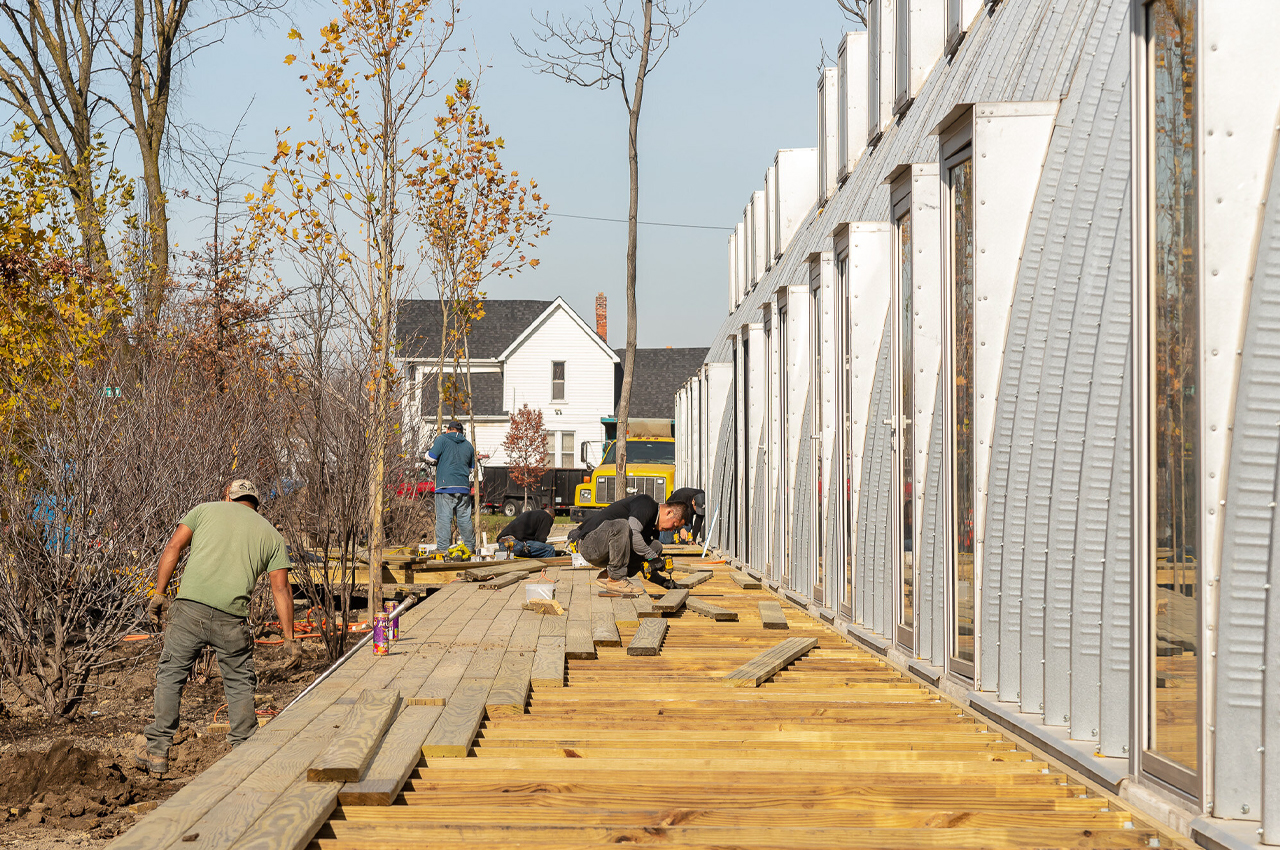 This 3D printed cabin was designed to give you an escape from the everyday urban lifestyle!

If you are looking for an unconventional staycation, this 3D-printed Urban Cabin could be it! It has transformed a former industrial area in Amsterdam from…

No more opening kitchen windows with this suspended light that doubles as an air purifier !

Well, time isn’t exactly linear… but neither is the Continue Time clock by Sander Mulder. Allowing time to traverse down a path and change angles…