It doesn’t have to be all fun and games in the Metaverse, especially when its best use cases are the ones that need a different reality the most.

Thanks to a few companies that have large marketing machines, the word “Metaverse” has become muddled in hype and controversy. While the current use of the coined word might be new to our ears, the technologies that empower it have been around for quite some time now. And they aren’t always used for games or entertainment, even if that is what everyone thinks these days. In fact, one of the most frequent early adopters of these technologies come from the medical field, which continuously tests new equipment, theories, and digital experiences to help improve lives. So while mainstream media, carmakers, and social networks continue to shine the light on new ways to experience different worlds, the Metaverse, its concepts, and its applications are already sneaking their way into medical and scientific institutions, ready to take healthcare to the next, augmented reality level. 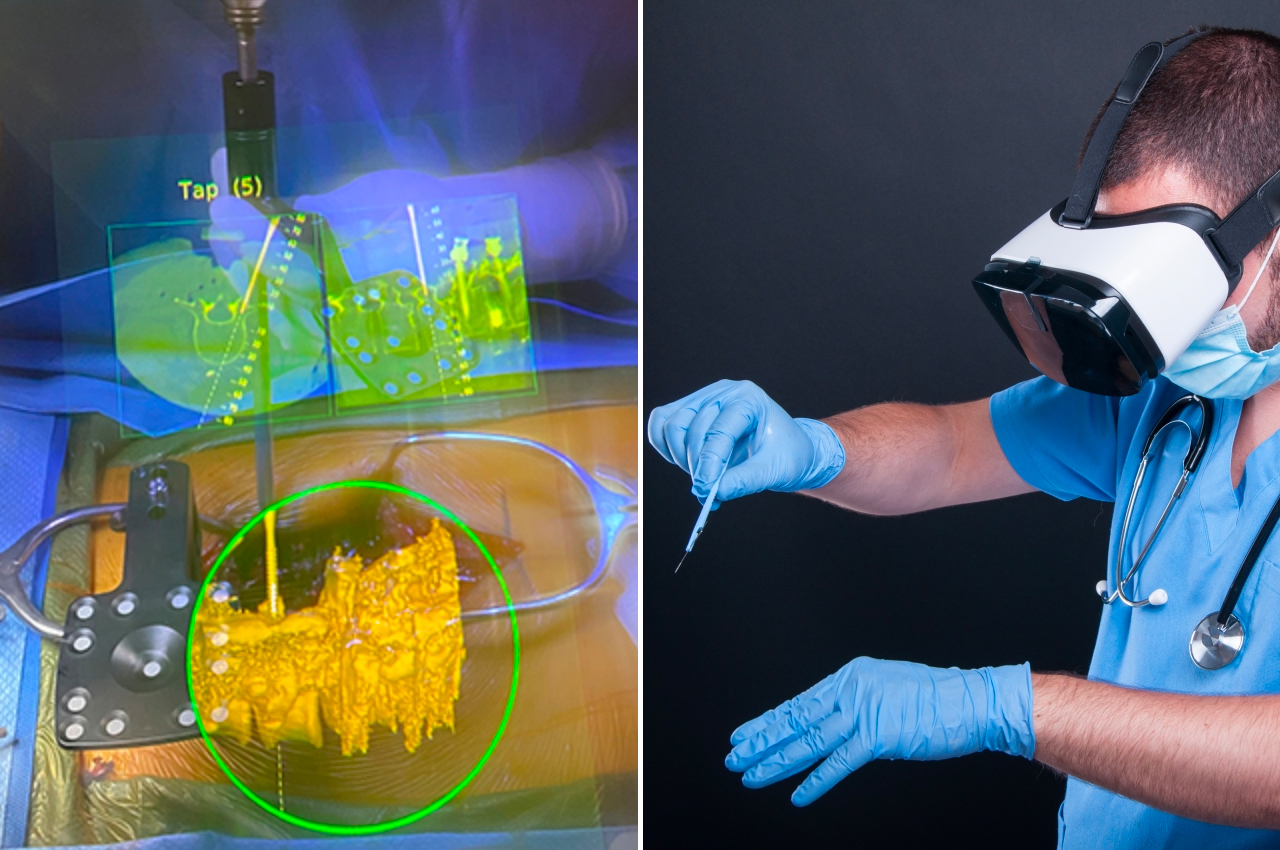 If you ask somebody about the Metaverse today, they will either look at you as if you were a crazy person because they have no idea what it means, or they will look at you as if you were a crazy person for glorifying games and virtual worlds like Second Life. Thanks to how it has been portrayed, especially by Meta, formerly Facebook, that has become the stigma that the term and the concept will carry for the next few years. At its most basic, however, the so-called Metaverse is really nothing but a combination of AI, AR, VR, blockchain, and related technologies that try to bind the digital and the physical world together into a more coherent whole. Sometimes, even something as simple as a virtual video call is already Metaverse-worthy, with or without the goggles. 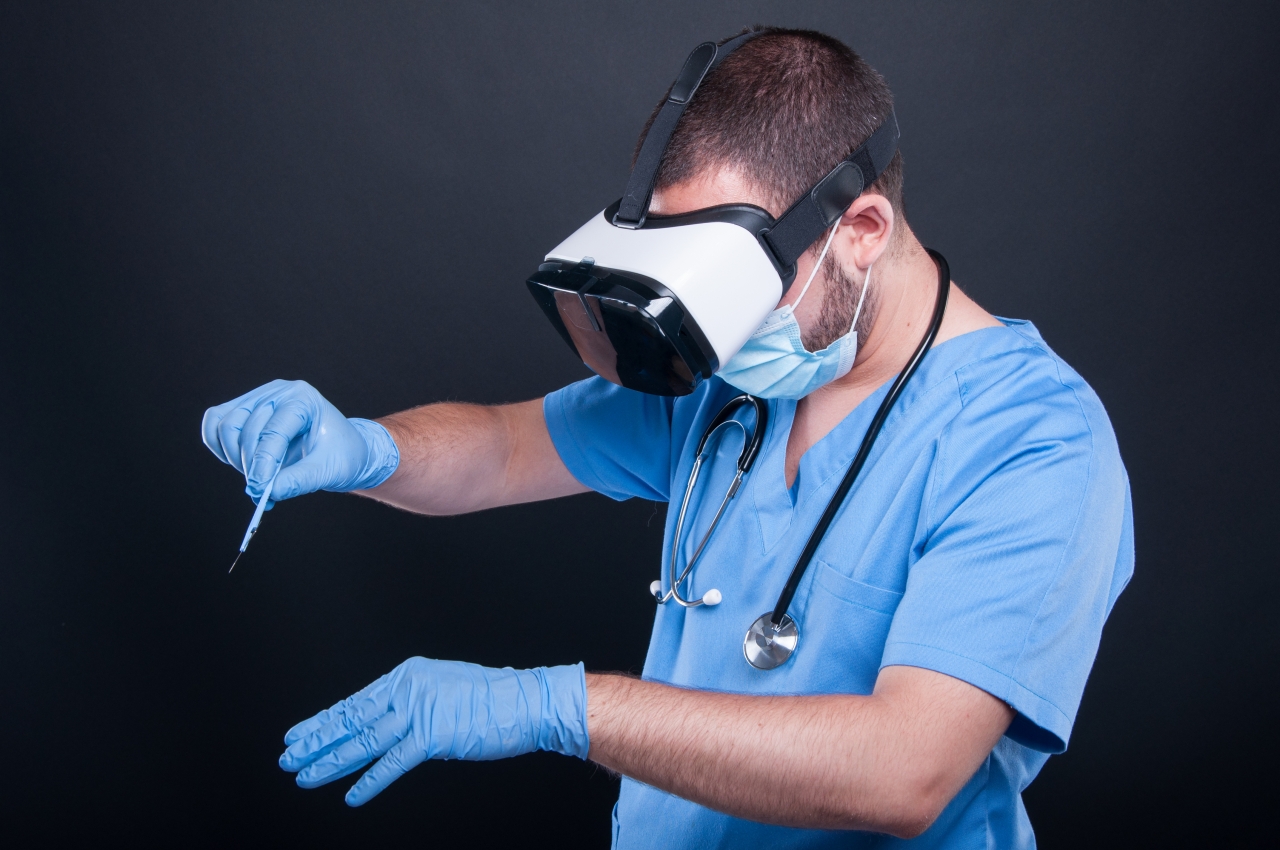 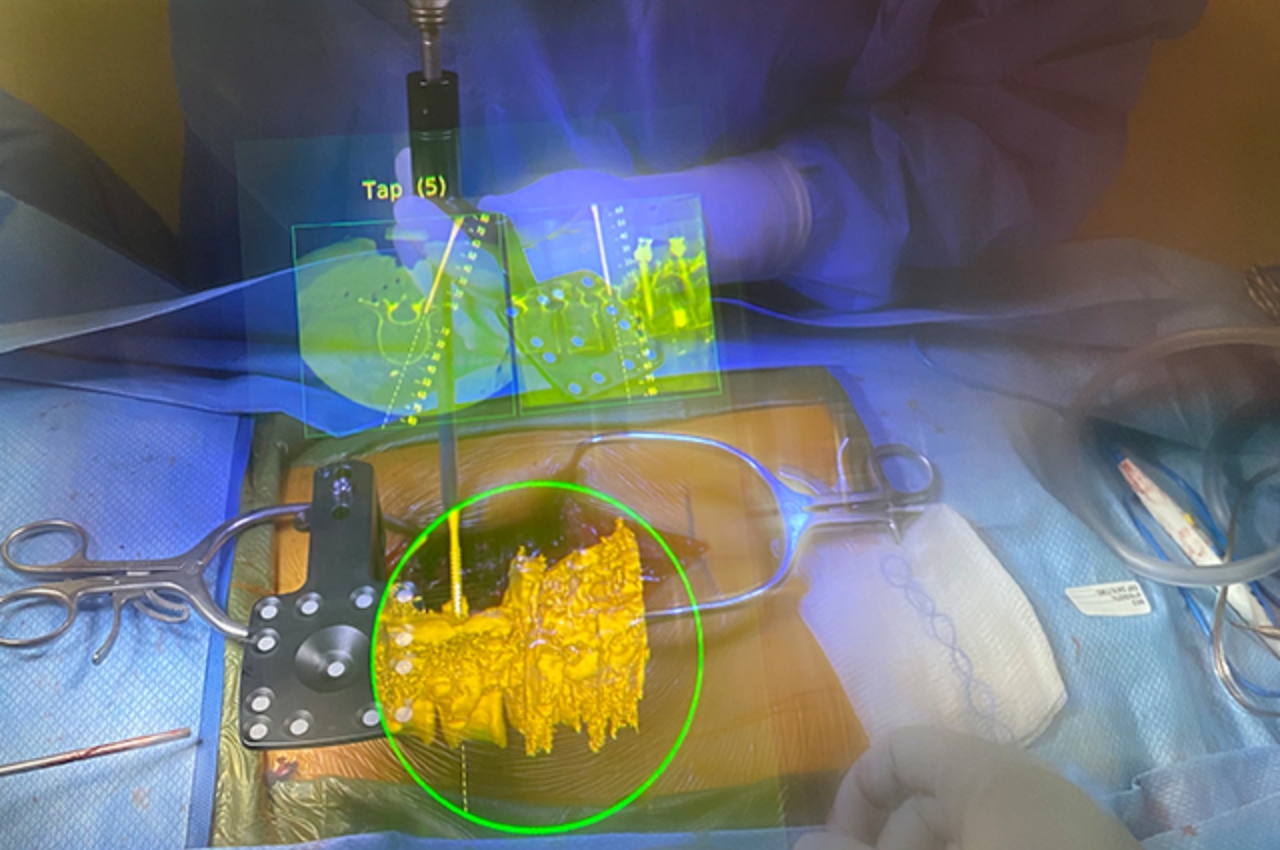 This kind of visual communication can be critical not just in keeping people socially close while physically apart but also in keeping the world turning even when locked indoors. The recent COVID-19 pandemic has forced many people to resort to video calls for work and even for doctor’s appointments. Telemedicine became a thing in the past two years, but things aren’t going to stop there. With the help of VR and AR applications, medical personnel and healthcare workers can extend their reach, even when the real thing isn’t in front of them.

No, this isn’t the frightening scenario of performing surgeries remotely (we’ll get to that later) but the simple case of training personnel or even informing patients through virtual channels. Although nothing really beats the real thing, there are some pieces of information, like learning how to operate machinery, that don’t really need in-person training most of the time. And if diagrams and charts are effective in educating patients about various diseases and medical conditions, imagine how a more interactive and lifelike demonstration in the Metaverse can be more effective. 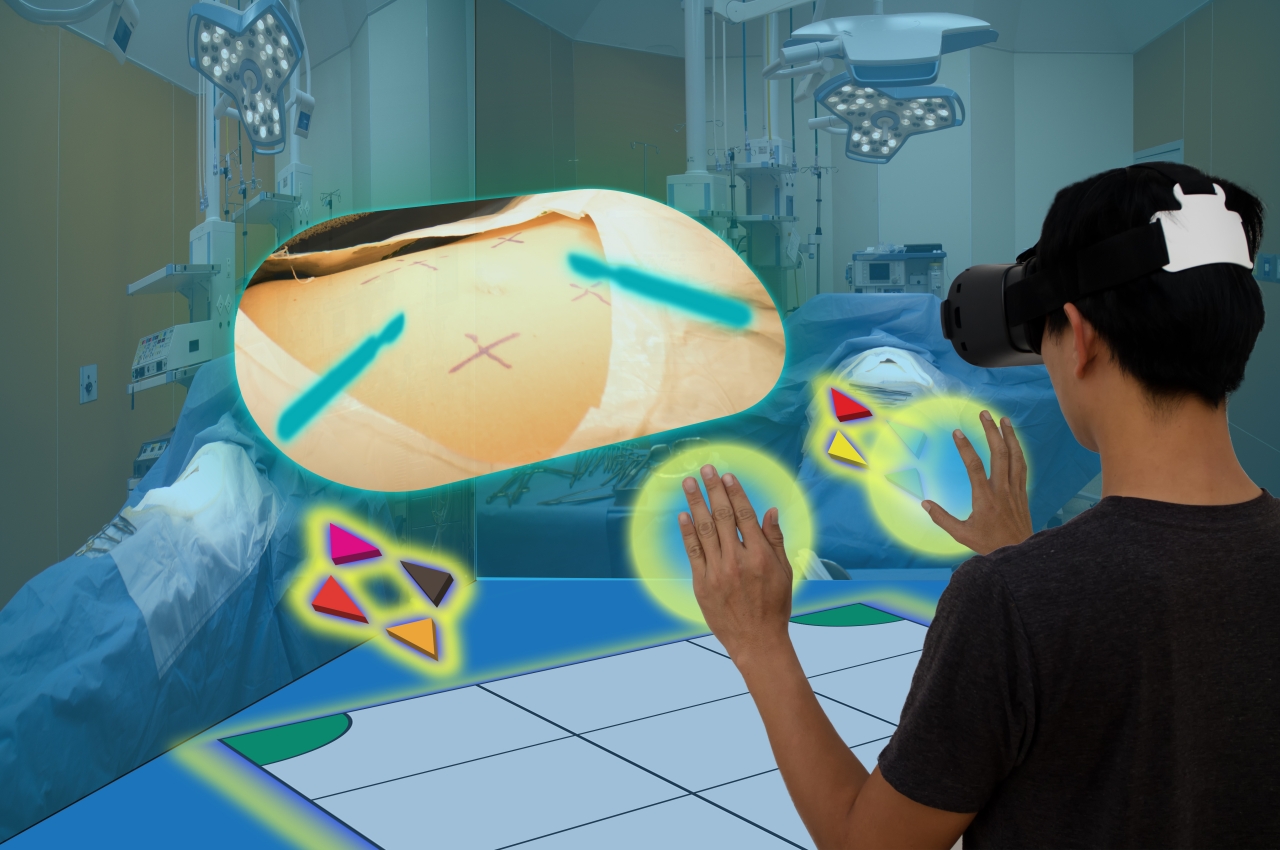 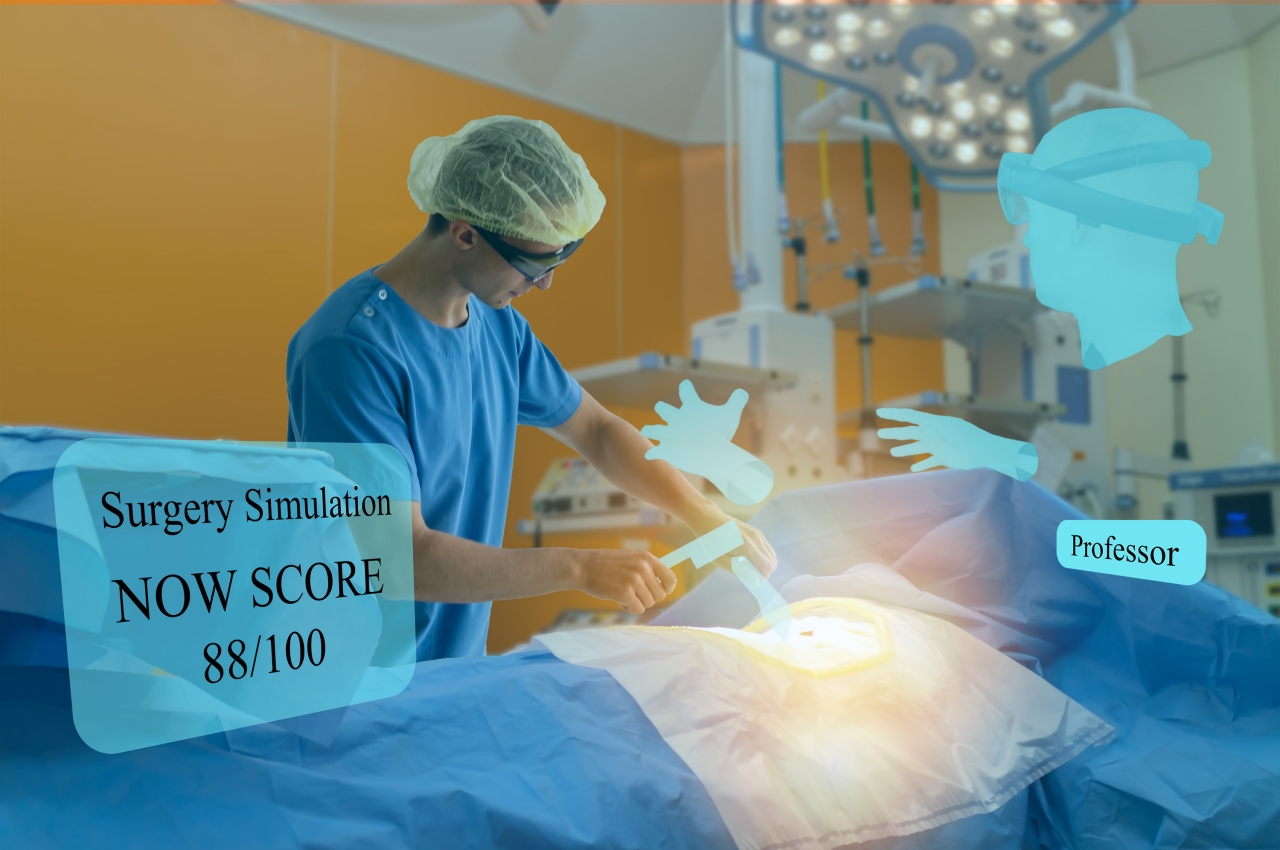 The phrase might conjure up horrific images, particularly of scenes from iconic horror films in the 80s, but digital twins are less frightening or even less dramatic than they sound. In essence, a digital twin is pretty much an exact replica of a physical thing, in this case, a person, based on real-world data. This replica can undergo hundreds of simulated changes in just minutes or even seconds that would normally take hundreds of years in real-time. 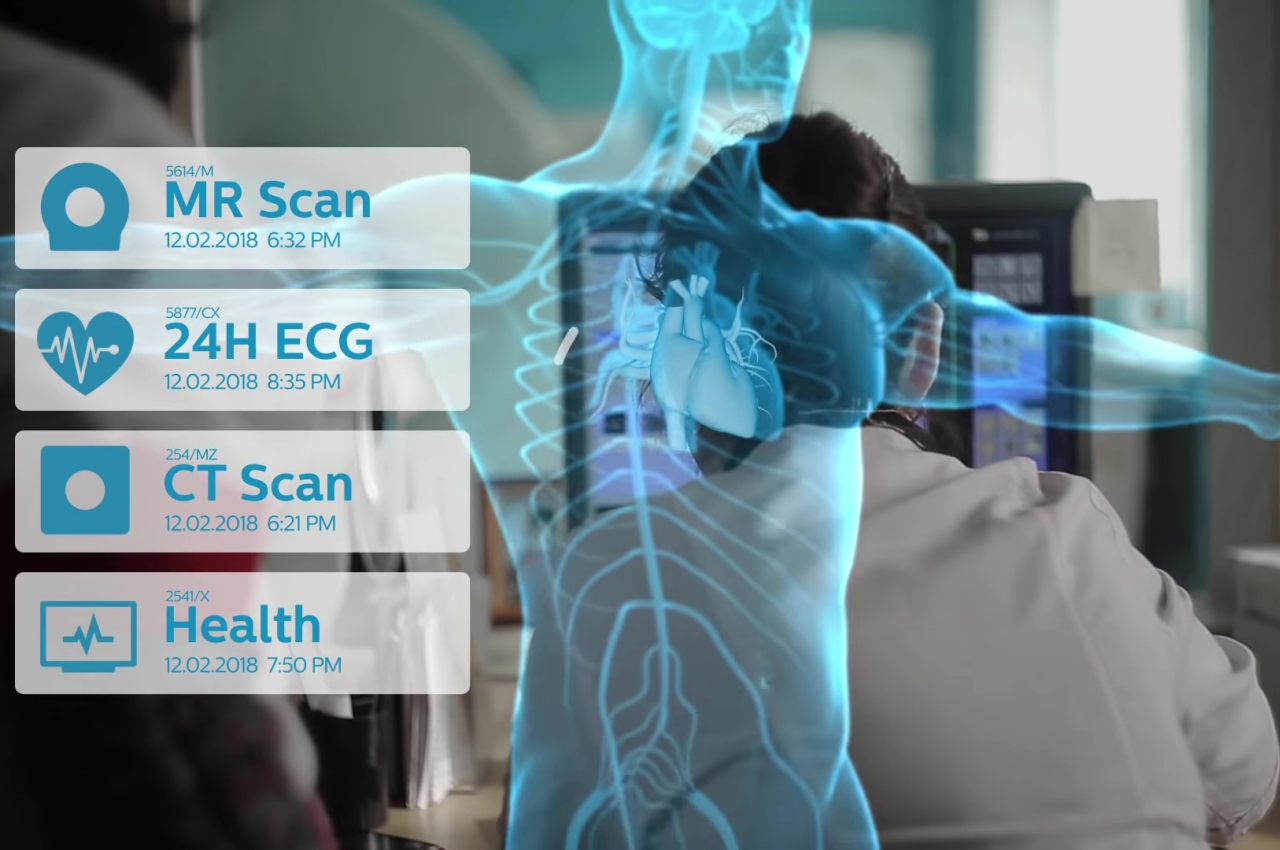 In this application, machine learning and AI take center stage over AR and VR, determining the possible results based on changing factors. To put it bluntly, a digital twin could be used as a virtual guinea pig, testing different medications and doses, different procedures, and different treatment options to see which ones will have the best possible outcome for a patient. All of these can happen in a matter of seconds, perhaps even while in the middle of an operation.

Digital twins can be used on more than just humans, of course. The same kind of high-speed trial and error can be applied to developing medicine, analyzing viruses, studying animals and plants, and anything else that can be solved with some simulations. Of course, looking at all these data as just figures and text would be boring and even painful, so 3D models can go a long way in visualizing and understanding the results of these simulations. Bonus points if you can view them in the Metaverse, too! 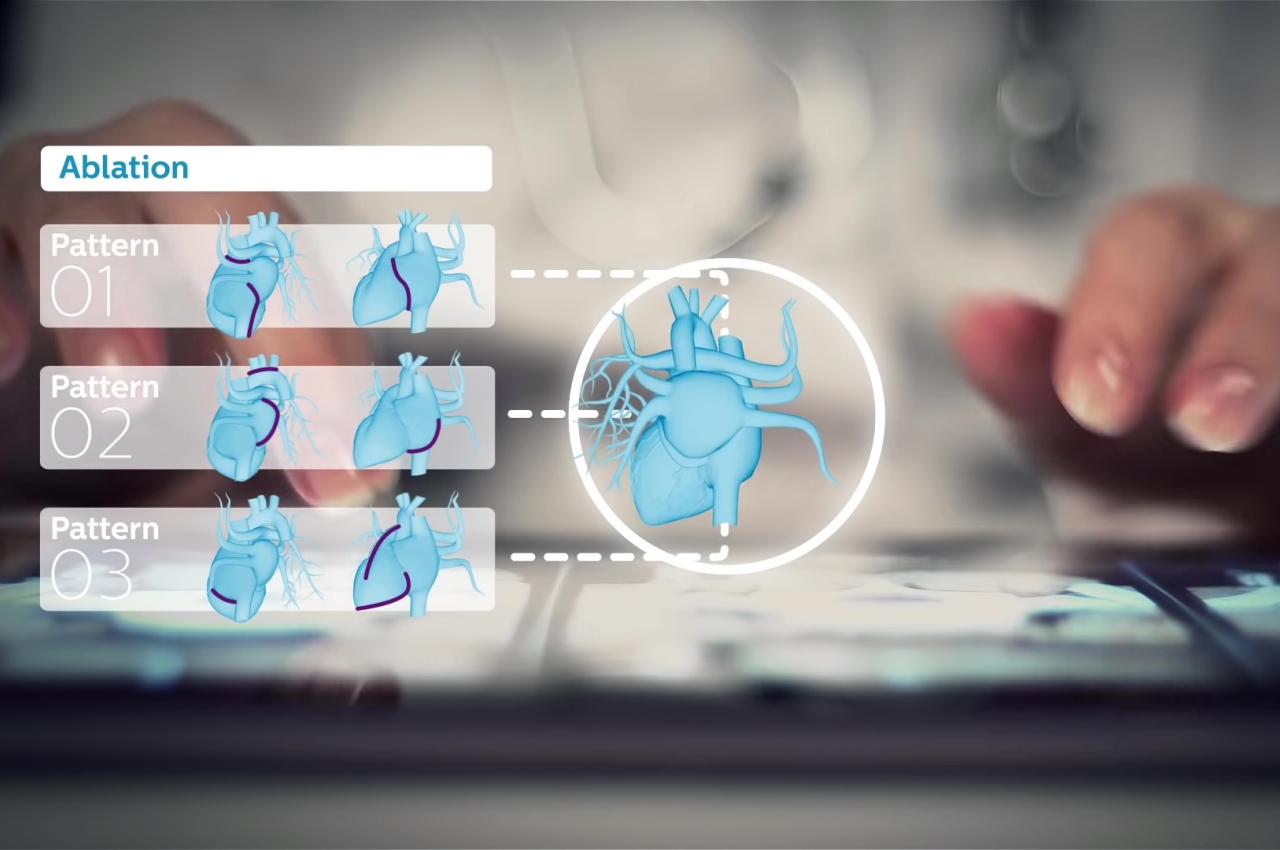 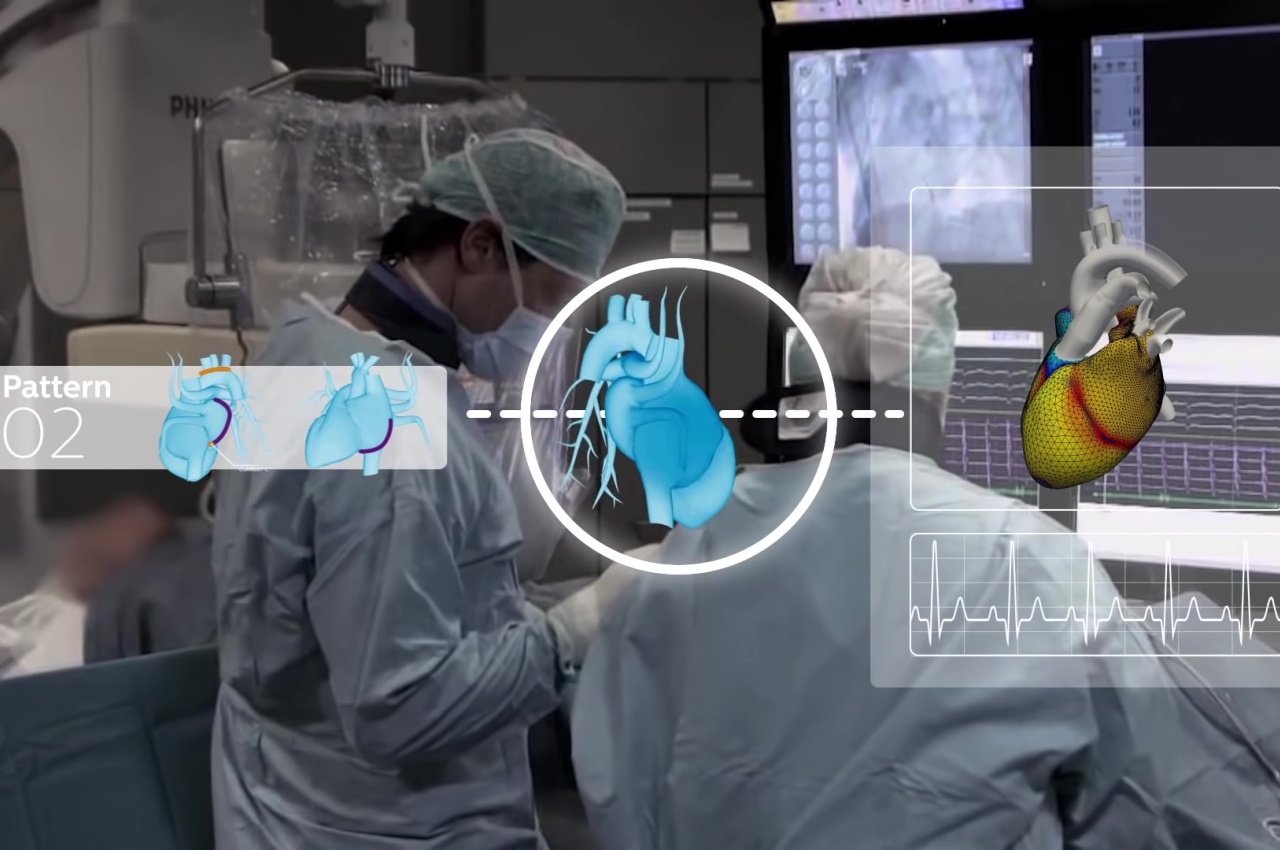 Thanks to Hollywood, many people probably imagine surgery in the world of AR and the Metaverse as involving doctors doing procedures miles or even countries away from the patient. While that could have life-saving benefits, we don’t really need to go that far yet to reap the benefits of the technology in the operating room. Simply being able to see more information than what’s physically in front of us goes a long way in improving our knowledge and understanding, which is really the heart of augmented reality, without the hype and sensationalism. 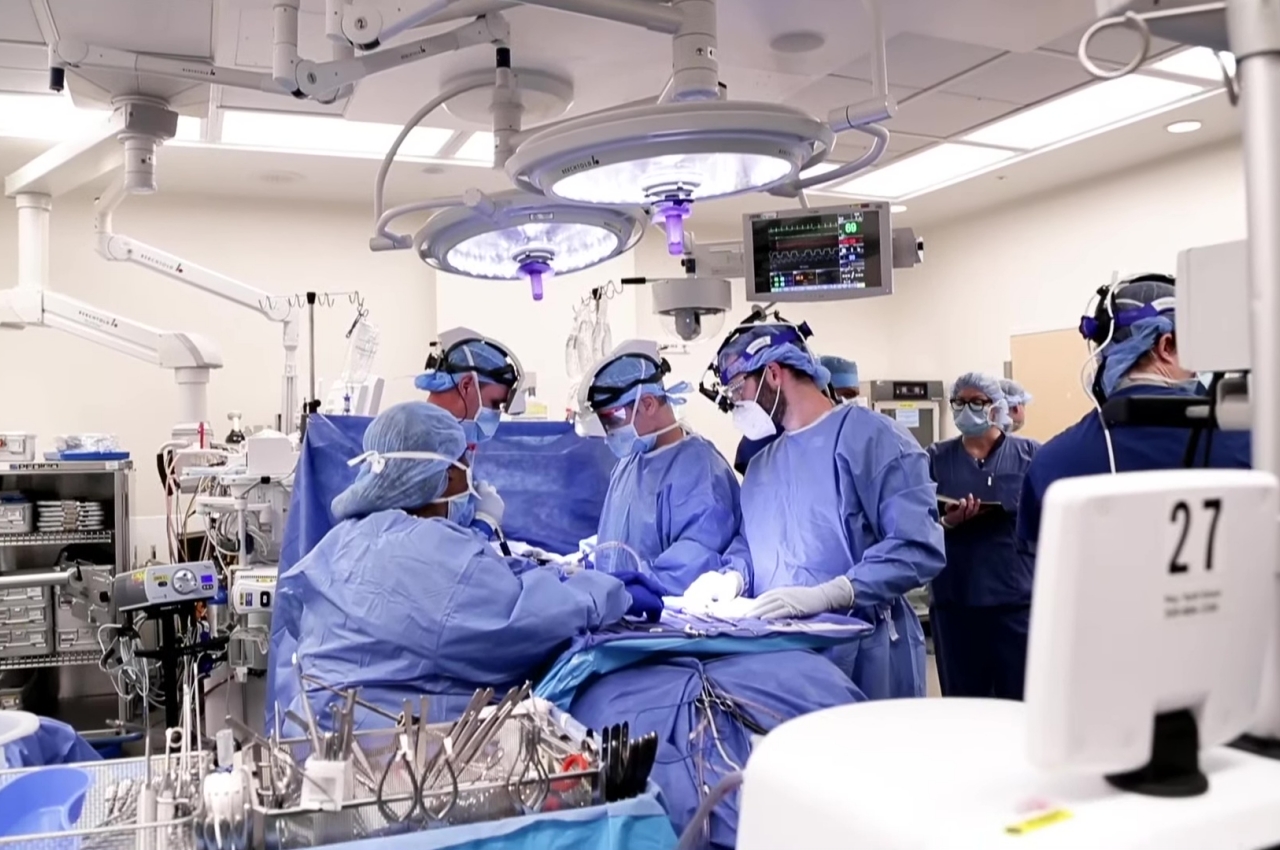 Doctors require a lot of imagination when working on patients, and not in the flights of fantasy kind of way. They might not have a clear view of what they’re operating on, or they have to work with microscopic materials that would be impossible to see with the naked eye. Although these professionals have been working like these for decades, that doesn’t mean things have to stay that way, especially if technology can help ease the burden.

AR-assisted surgeries have already been performed with much success, but you often don’t hear about those in contrast to news about this or that new Metaverse platform. Being able to see where to drill inside a bone or where to put a screw can make procedures faster and safer. Of course, you’ll need better AR glasses to make that happen because the current consumer models we have just won’t cut it on the operating table, pun intended. 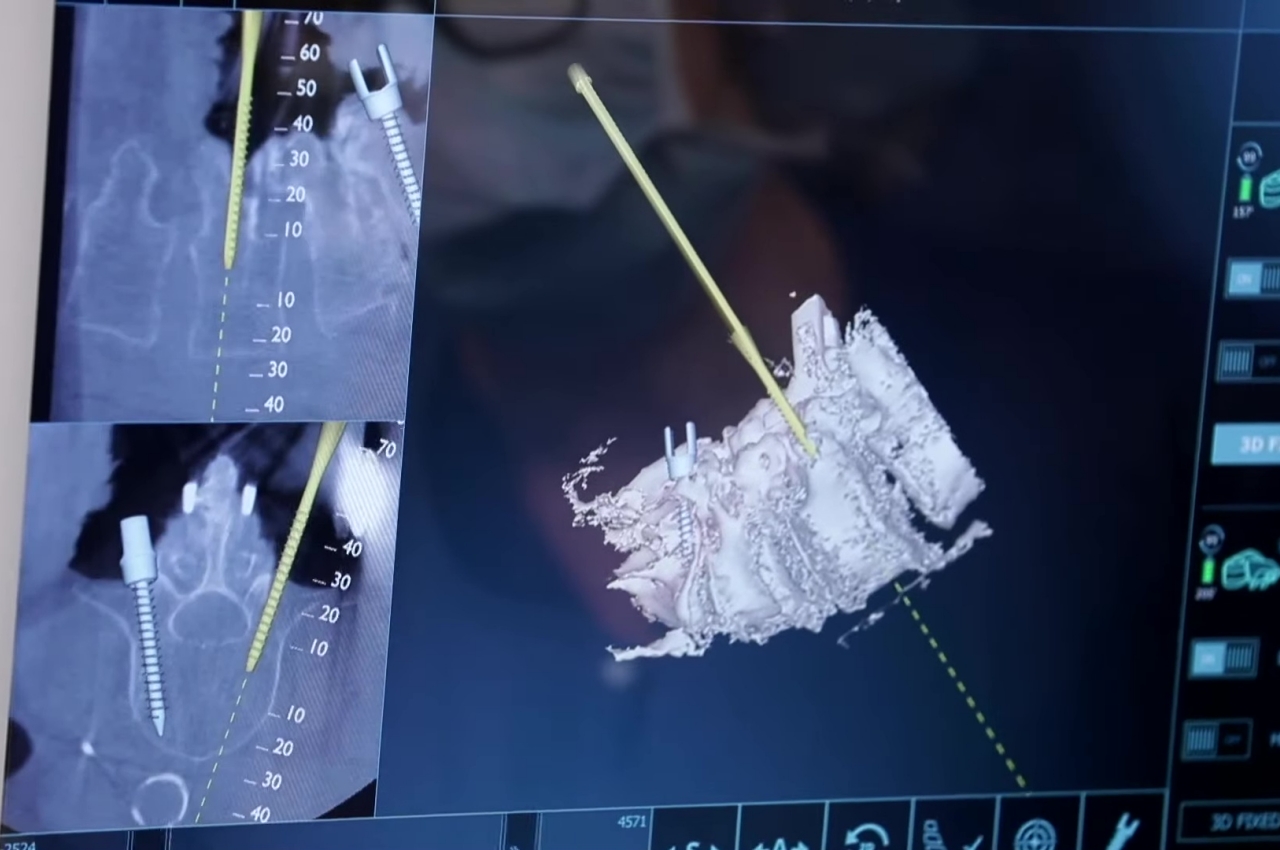 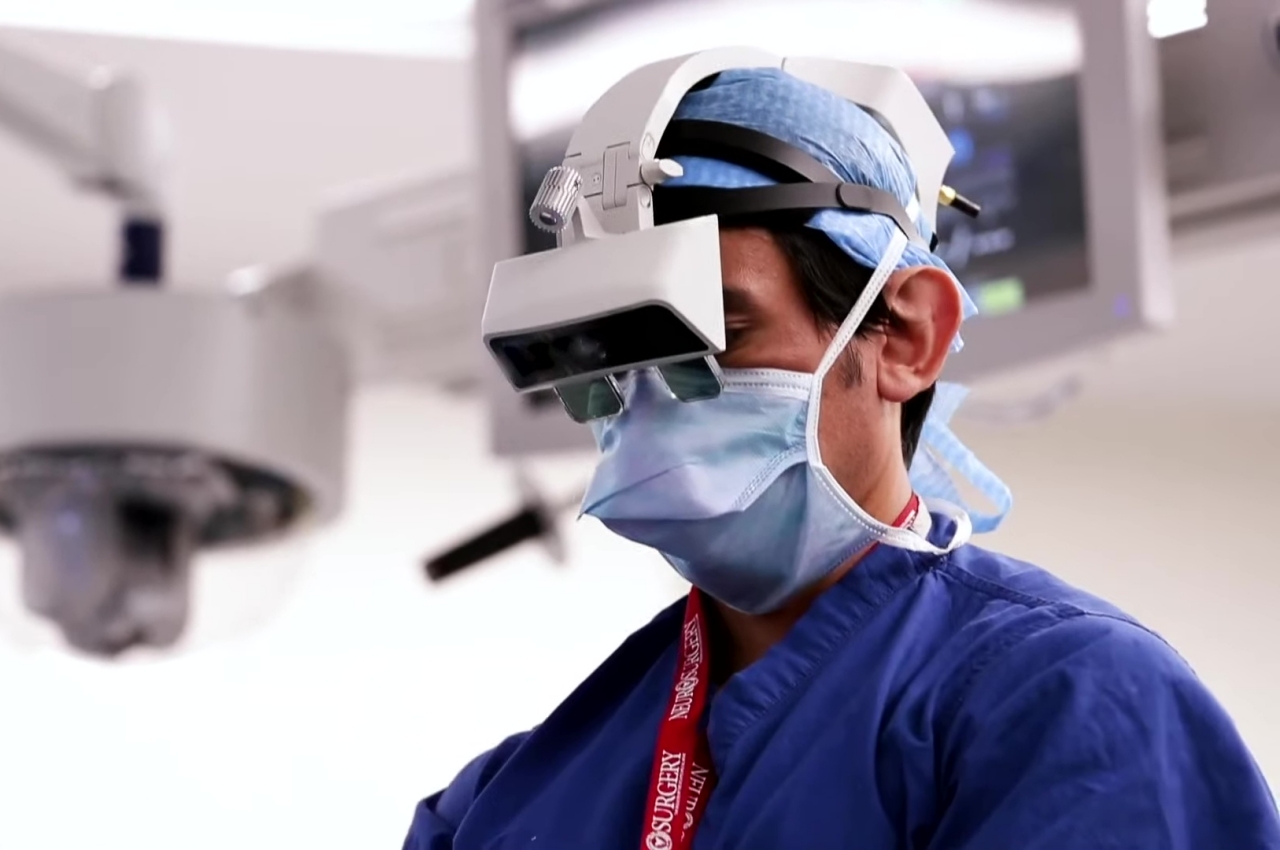 Not everything about the Metaverse has to be visible, or at least not in its real forms. Of course, the Metaverse can be reduced down to 1s and 0s, just like any computer program, but most people that experience it will be focused on digital artifacts like VR objects. One of the “non-visible” technologies that are being associated with the Metaverse is blockchain, and despite misconceptions, it actually has the potential to protect virtual people and data, including medical records. 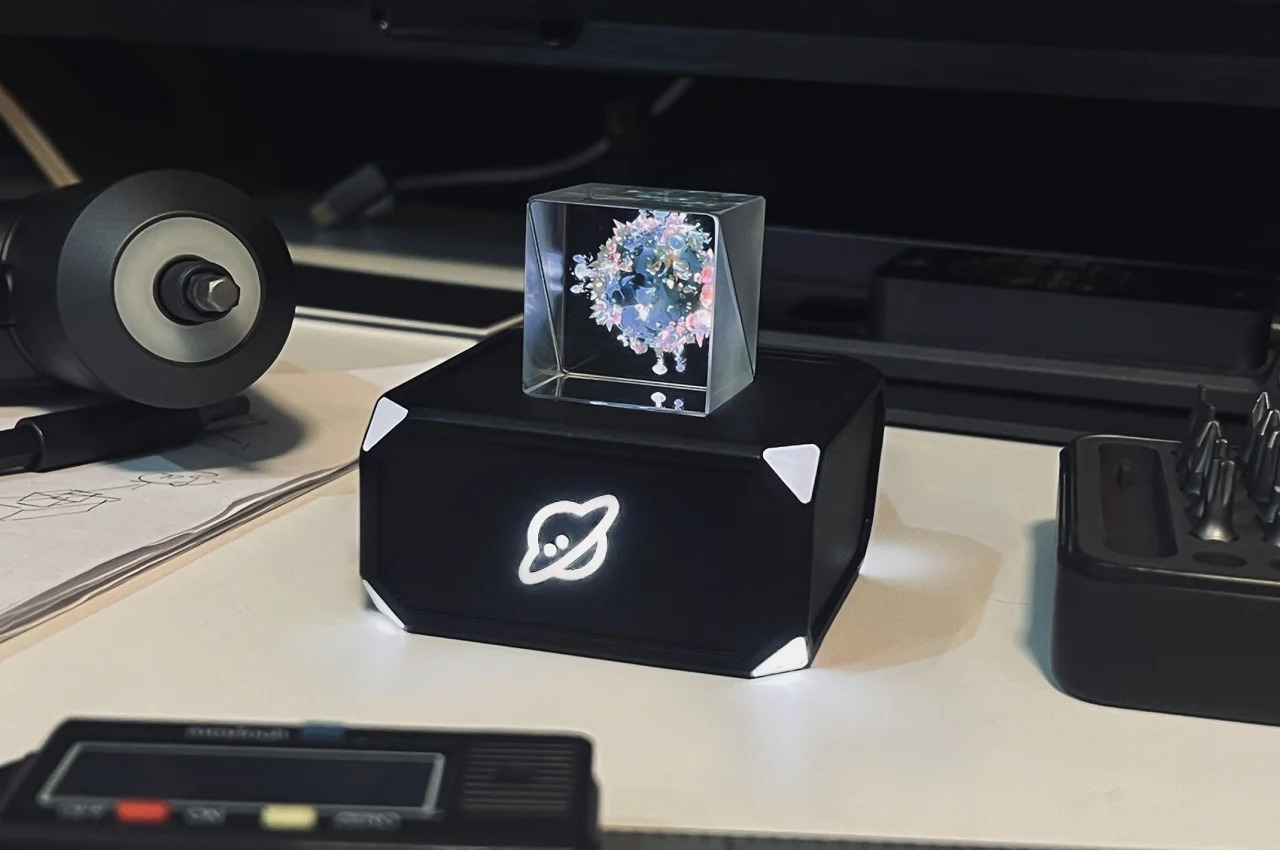 Blockchain has gotten a lot of flak because of its association with controversial applications like cryptocurrencies and, more recently, NFTs. Like any other tool, however, it is really agnostic. Blockchains are more concerned about keeping a record of transactions joined together by cryptography in a chain. Each node in a blockchain network contains a copy of that chain and is updated with new transactions all the time. The decentralized and cryptographic nature of blockchains makes them almost perfect for protecting data, such as sensitive medical records.

Of course, that’s the ideal scenario, but blockchains are so new to the hearing and minds of anyone outside the computing industry that its applications to things like financial and medical records are still blowing people’s, especially legislators’, minds. Given the highly sensitive nature of medical data, this might take a while before a stable and trustworthy blockchain system is accepted and put in place. 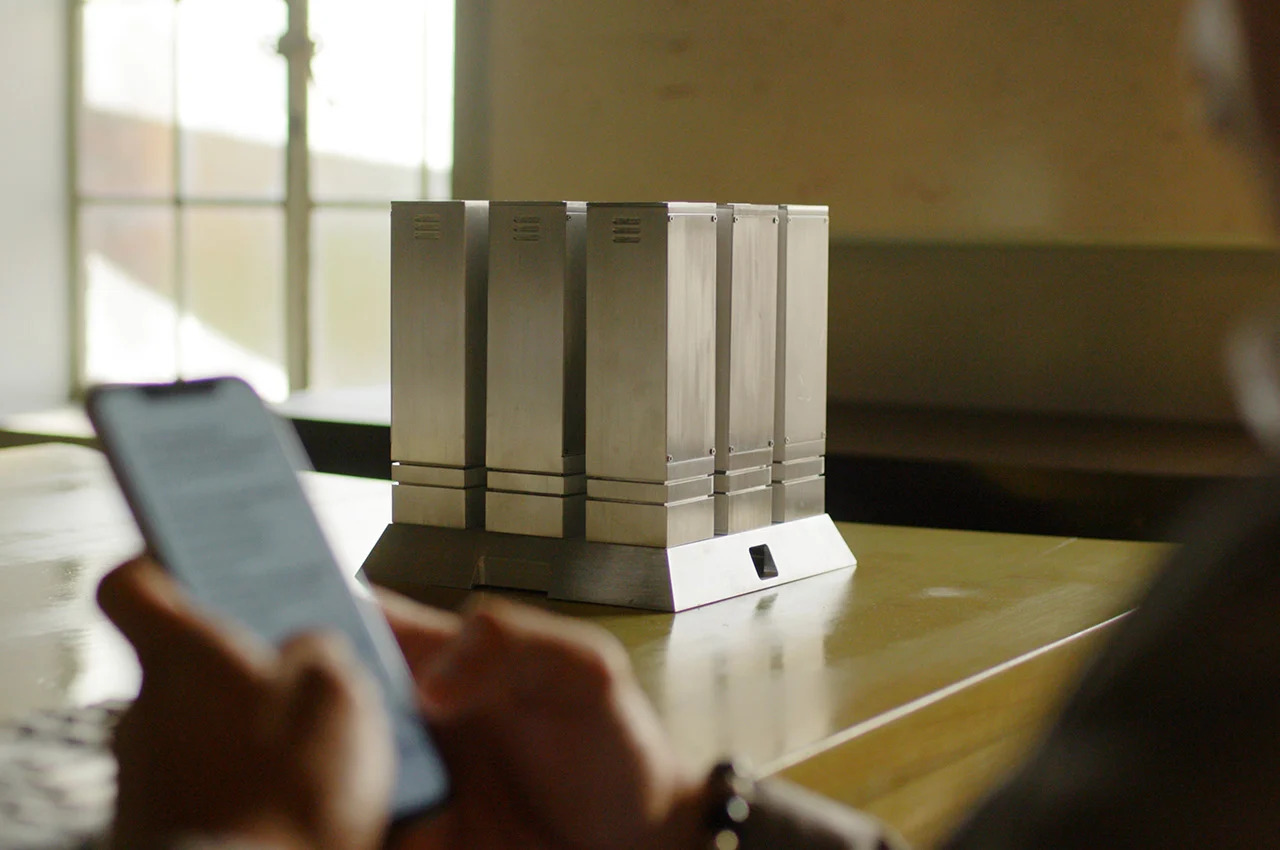 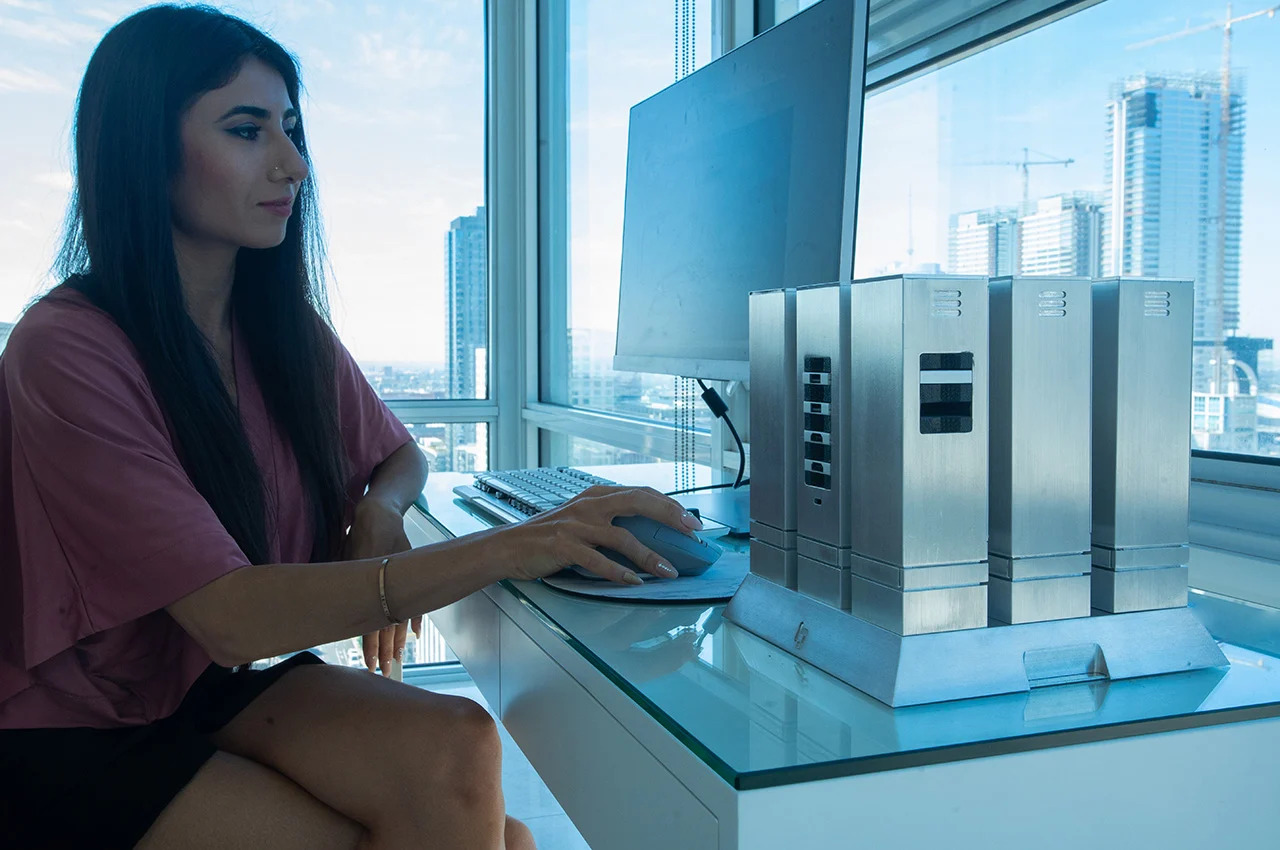 The Metaverse being about having fun and games isn’t necessarily a bad thing, especially when done in moderation. In fact, playing games isn’t a bad thing, despite the connotations and prejudices surrounding even just the word. People have learned long ago that games, or specifically gameful activities, can be beneficial to learning and adapting to new things. It can even help people cope with trauma or stress. 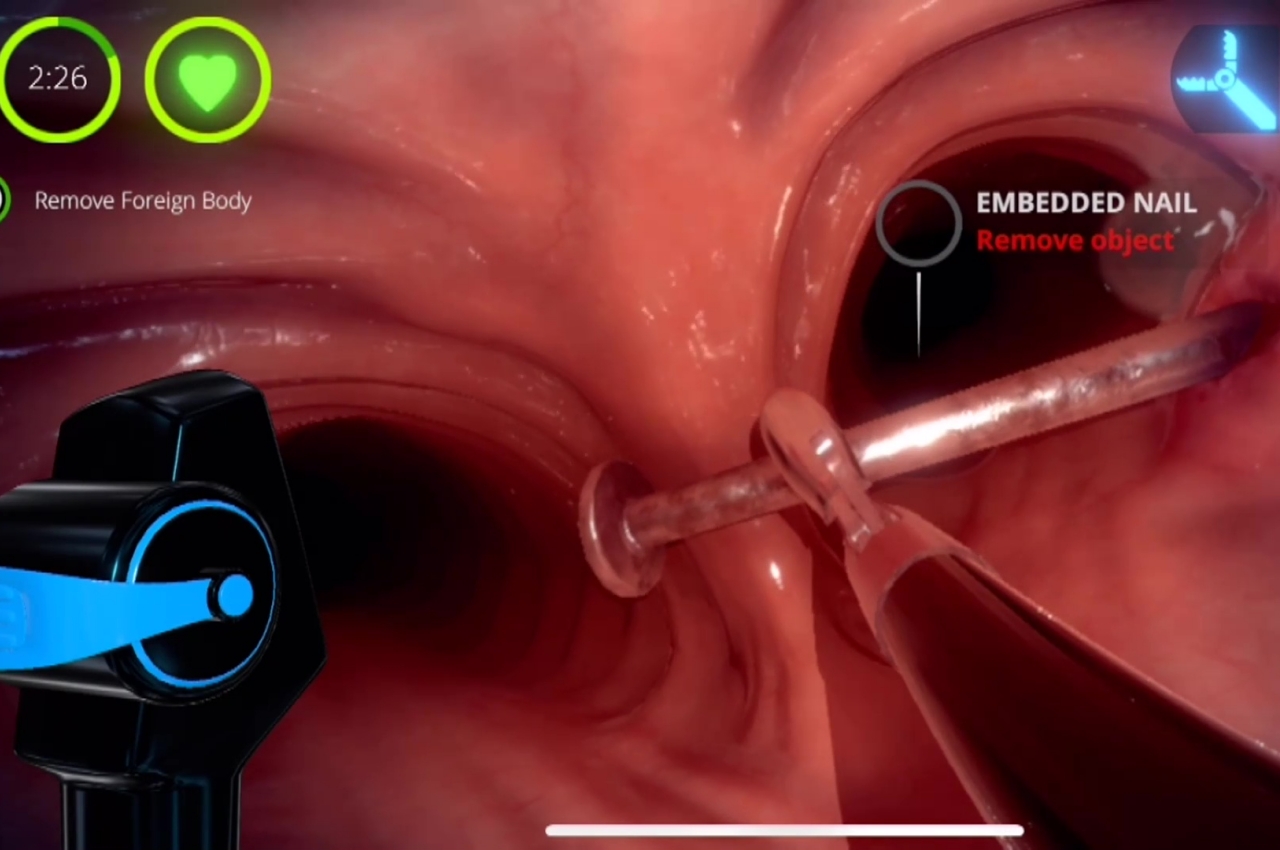 Gamification, or the application of game thinking and game mechanics to non-game activities, has been around for years now. From leaderboards to levels to high scores, these small things can give a sense of accomplishment that reinforces the new knowledge that we just gained. And since the very same technologies that are used to make games also make the Metaverse, the intersection of gamification and the Metaverse is pretty much in the bag.

NASA, for example, has enlisted a game developer that specializes in using games to train people, particularly doctors, in diagnosing and treating different conditions. The idea is to train astronauts to have enough medical knowledge in an emergency, in case it’s the onboard doctor that needs treatment. These educational tools have all the hallmarks of typical mobile games, except it trains you with serious, life-saving skills rather than just mashing the screen to get kills. 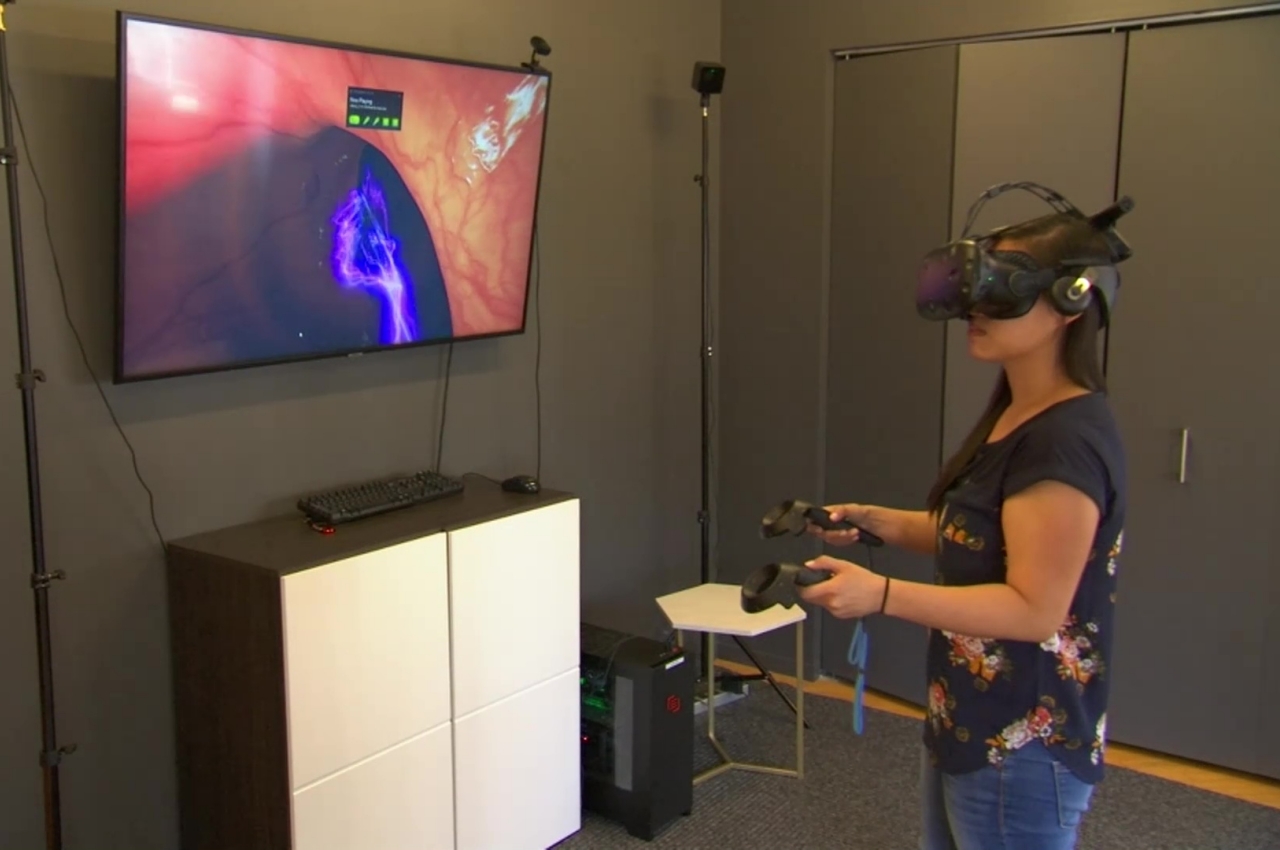 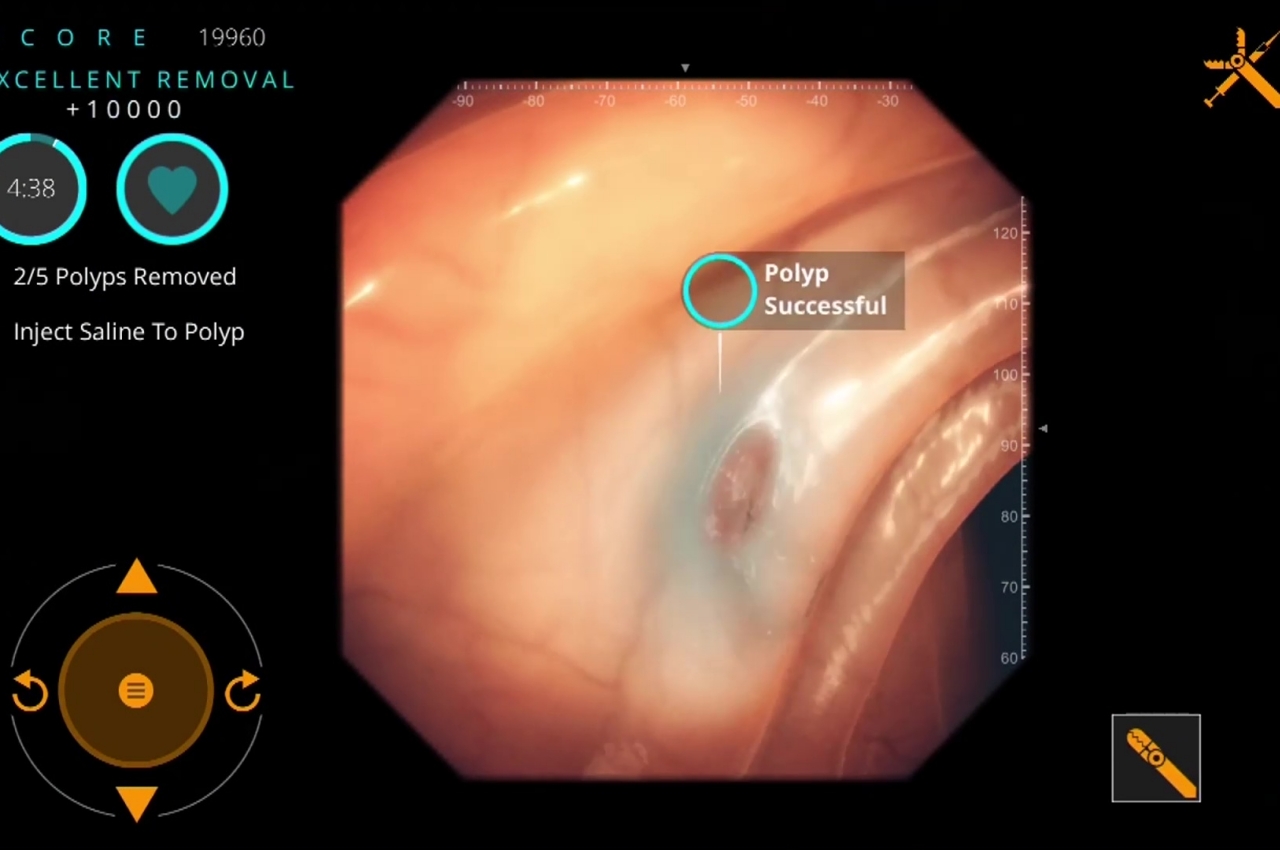 The Metaverse might sound new, but it’s actually built on old technology. AR and VR have been around for decades, but it’s only now that they’re becoming more commercially available. Blockchain technologies are finally becoming more comprehensible even to lawmakers. The psychology of games has been lurking in plain sight in productivity tools and educational materials. You just never considered them to be formal games.

The hype around the Metaverse might have many people rolling their eyes, but all that focus has some benefits. It puts a spotlight on what the Metaverse can actually do, even separate from all the social and entertainment aspects. It brings to light how these technologies have actually been working in the background in different fields, including medicine, and how the Metaverse can be used not only to improve lives but also to save them.

You’ve got all this scrap paper. You’ve got so much of it. What should you do with it? Reuse it. Reuse it until it glows…

The Sound of Bamboo

Bears like it so why not humans? This bamboo inspired stereo looks good (ignore the pink) and thru the natural acoustics of cylindrical objects, sounds…

They say big things come in small packages! And I could not agree more. Sometimes the most inconsequential-looking products can be packed with a whole…

To Relax, Climb A Wall

Now that’s some sound advice! Most often folks depend on power-naps, yoga and stretching to combat stress in office. Here’s a look at an innovative…