Building on the same ethos as Bitcoin and Web3 is, Box wants to do to storage what Cryptocurrency did to banking – break the chain of command. Instead of the status quo, where Apple, Amazon, Google, and Microsoft make you pay subscription fees to store your data on their servers, Box has a better alternative. Buy and run your own server and store data on it… but it goes one step ahead. Any extra storage you don’t use gets leased out to someone else, and you earn revenue for it. 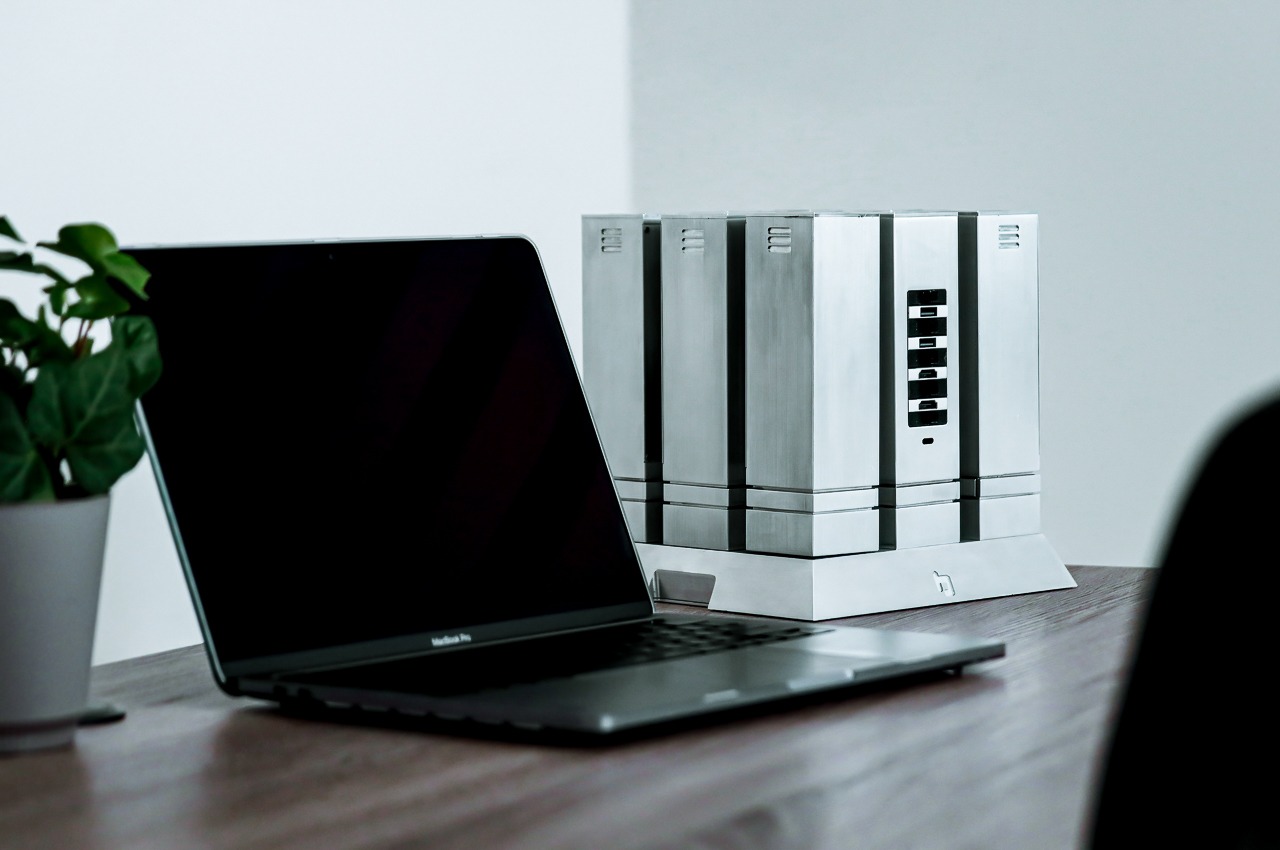 Data stored on the Box is a lot like how information is encrypted on the blockchain. Your Box works in tandem with other Boxes scattered around the globe. Your data is encrypted and scattered across these Boxes in a way that only you can access them, making it practically impossible to hack. Simultaneously, your Box participates in this ‘boxchain’ of sorts, hosting multiple fragments of other people’s data and paying you for it. 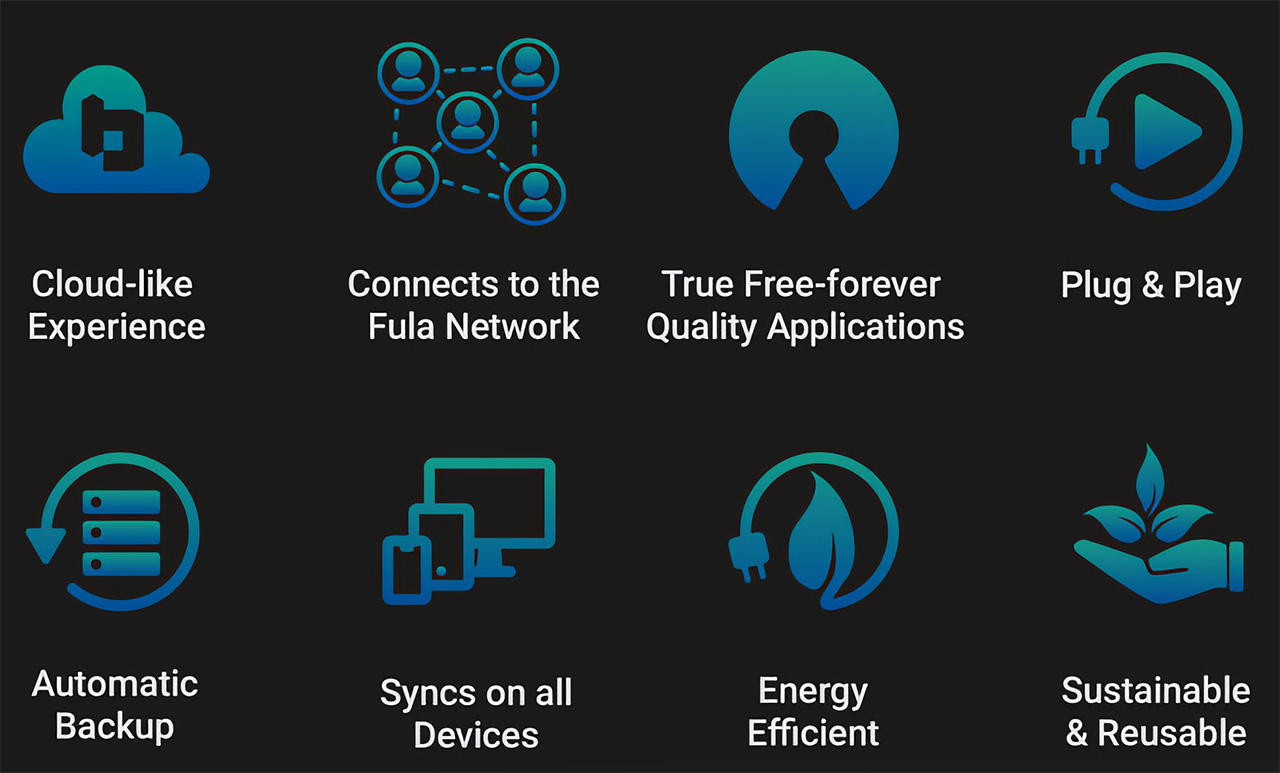 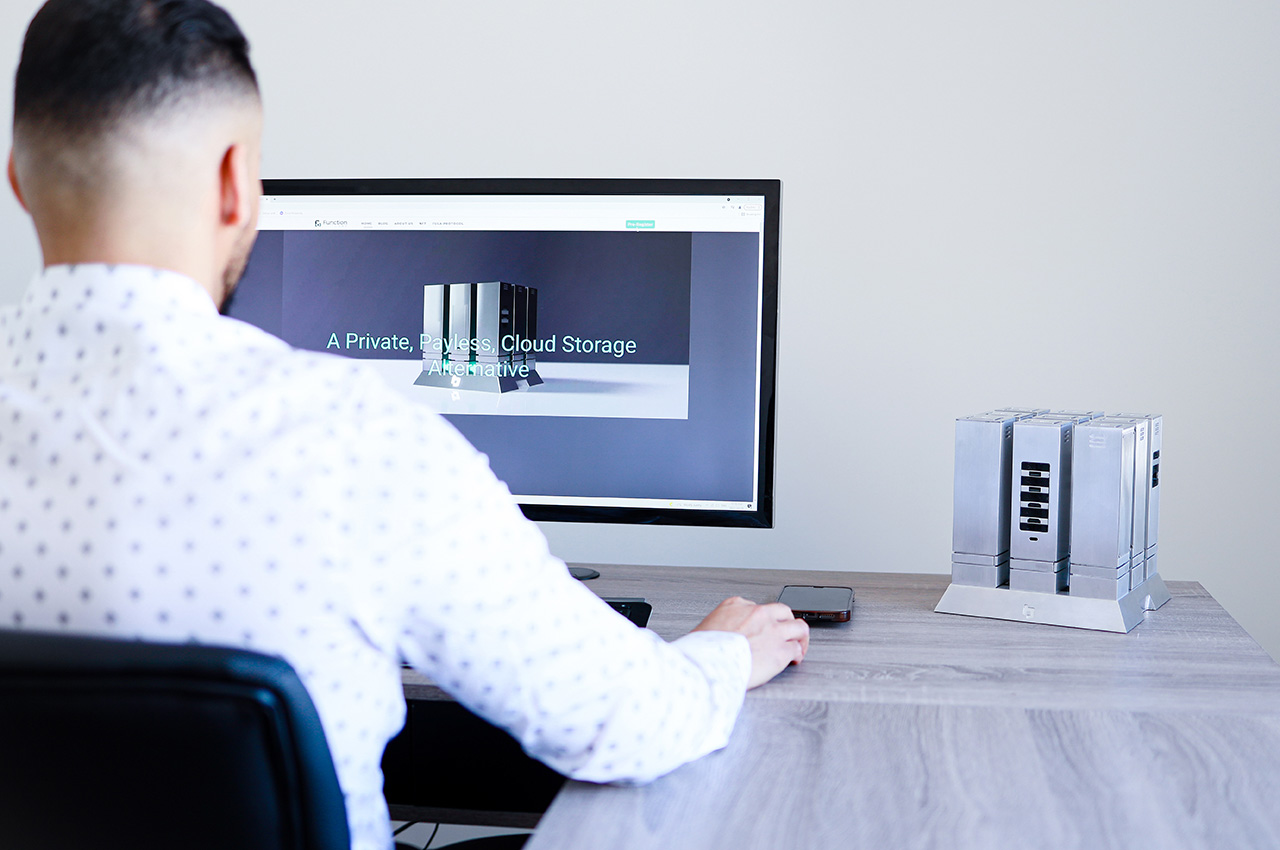 What Box proposes is pretty unique, at least on paper. Instead of allowing big companies to store your data (and create profiles that they can sell to advertisers or governments), Box decentralizes it all, allowing people to store each other’s data. As simple as that was to explain, Box’s hardware reinforces that simplicity with an intuitive design that’s literally shaped like a box. Looking almost like a Rubik’s Cube from its top view, Box comes with a platform that lets you plug as many as 9 towers into it. A base-level Box offers one terabyte of cloud storage, and to expand it, all you do is either add towers to the platform or plug framework expansion cards into the towers to upgrade their capacity. 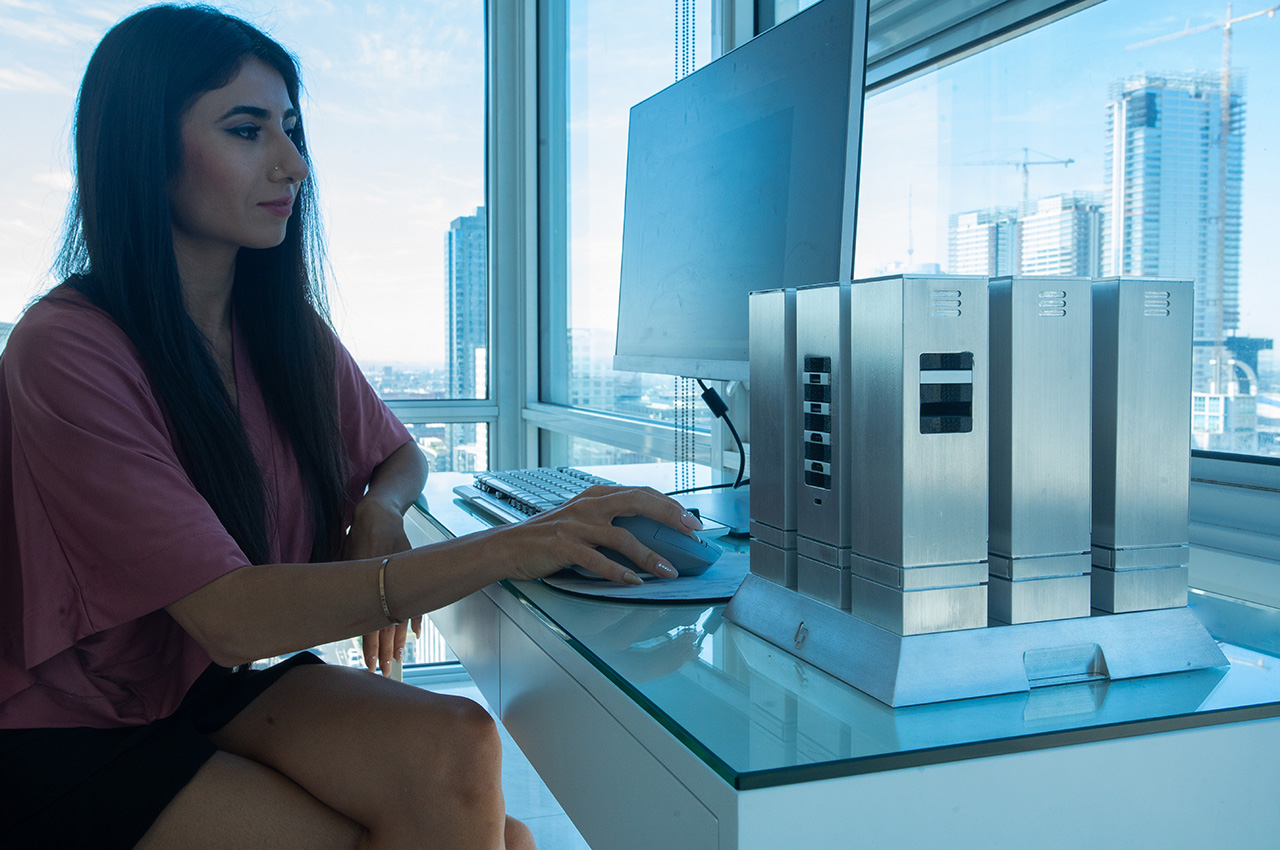 Box is stationary hardware that sits on your desk, syncs with your devices and provides all the advantages you’ve come to expect from cloud services.

Once assembled and switched on, your Box connects with other Boxes to form the secure, people-owned FULA network. Fula (short for Functionland) is a Blockchain-attached Storage Network developed by the folks at Box. It helps securely encrypt and scramble your data in a way that isn’t accessible to anyone else, and any storage you’re not using gets rented out to other people on the FULA network, allowing you to earn $FULA tokens in the process. It’s worth noting that your Box isn’t mining coins, it’s just issuing rewards based on its signature Proof-of-Resource (PoR) consensus. $FULA tokens have an intrinsic value that rises and falls over time too, just like any currency, and can be sold on compatible exchanges.

Fotos is a polished, forever-free app that provides swift, seamless, easy access to and sharing of your photos from anywhere, across any device.

All that jargon aside, at its core, Box really acts as your own personal cloud storage in a way that’s cheaper and more secure than the ones currently being offered by giants like Amazon, Apple, Microsoft, and Google. For starters, Box doesn’t levy a subscription price – all you really pay once for is the hardware and Box makes their money off the FULA network while simultaneously allowing you to cash in too by leasing your extra storage to other people. On launch, Box will come with its own photo storage and backup app called Fotos (which they say is free to use forever), and the company is encouraging developers and designers to make an ecosystem of apps for its users, promising rewards for them too. 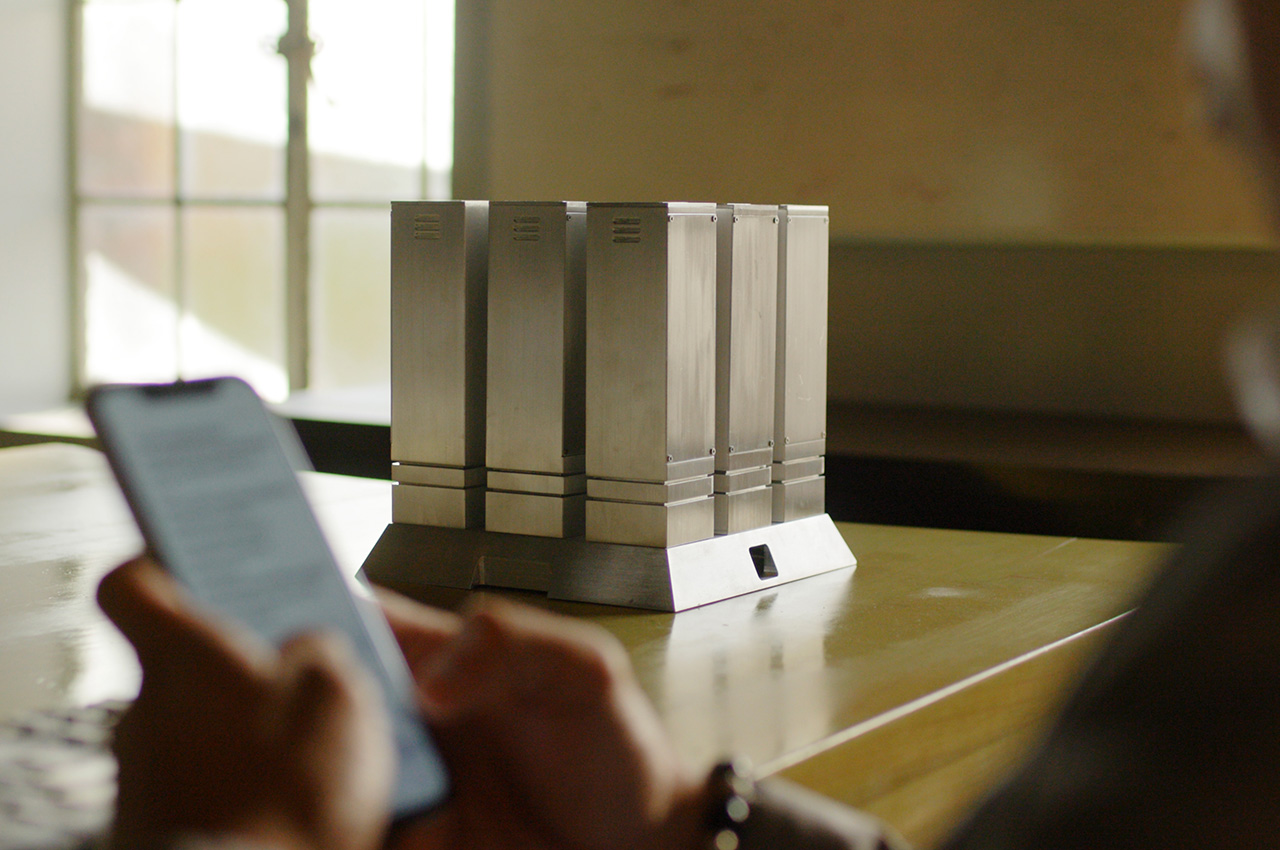 When you start using Box, you start saving as much as $24+ per month, and earning $FULA tokens too.

Box’s hardware and software are both open-source, to that end… and for people worrying about the gas bills and electricity costs for blockchain-based data storage, Box’s makers say that the device is built on an energy-efficient framework, with electricity bills coming to a projected $15 per year. 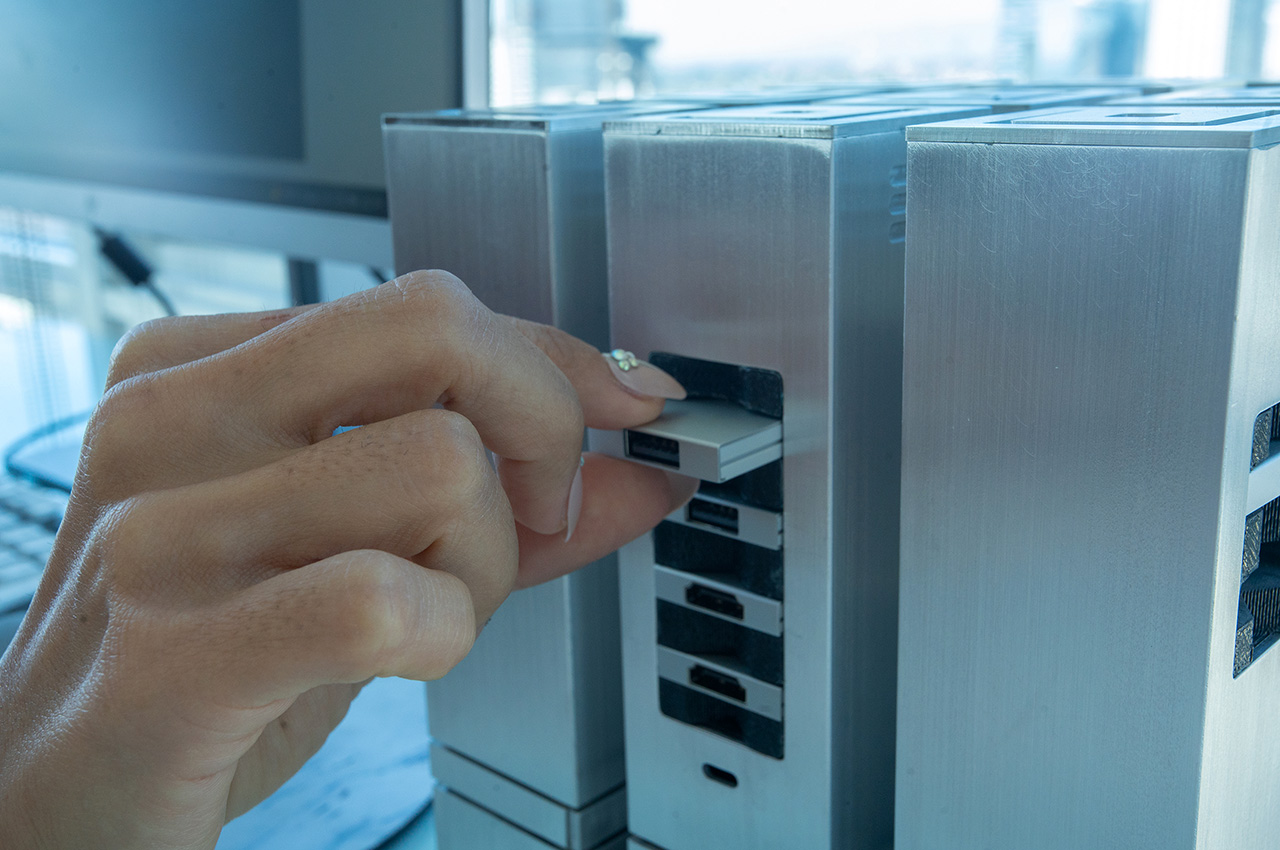 Box is powered by Raspberry Pi 4, which consists of a high-performance 64-bit quad-core processor. It offers up to 8 GB of RAM, dual-band 2.4/5.0 GHz wireless LAN, Bluetooth 5.0, Gigabit Ethernet, and USB 3.0. Box has multiple, expandable USB3 ports that serve to extend Box’s functions with more towers, or to enable it to act as a docking station.

So, is it worth investing in something like the Box? Well, it really makes sense for people who understand the technology to be early adopters first. Like with every nascent technology, this will help work out any potential kinks and allow other consumers to eventually come on board. As its community grows, Box’s network will become more reliable and more secure. Financially though, it’s really a no-brainer. On the one hand, you’ve got companies like Amazon, Google, and Apple charging an average of $200 USD per household per year for cloud storage (while simultaneously benefitting from your data). 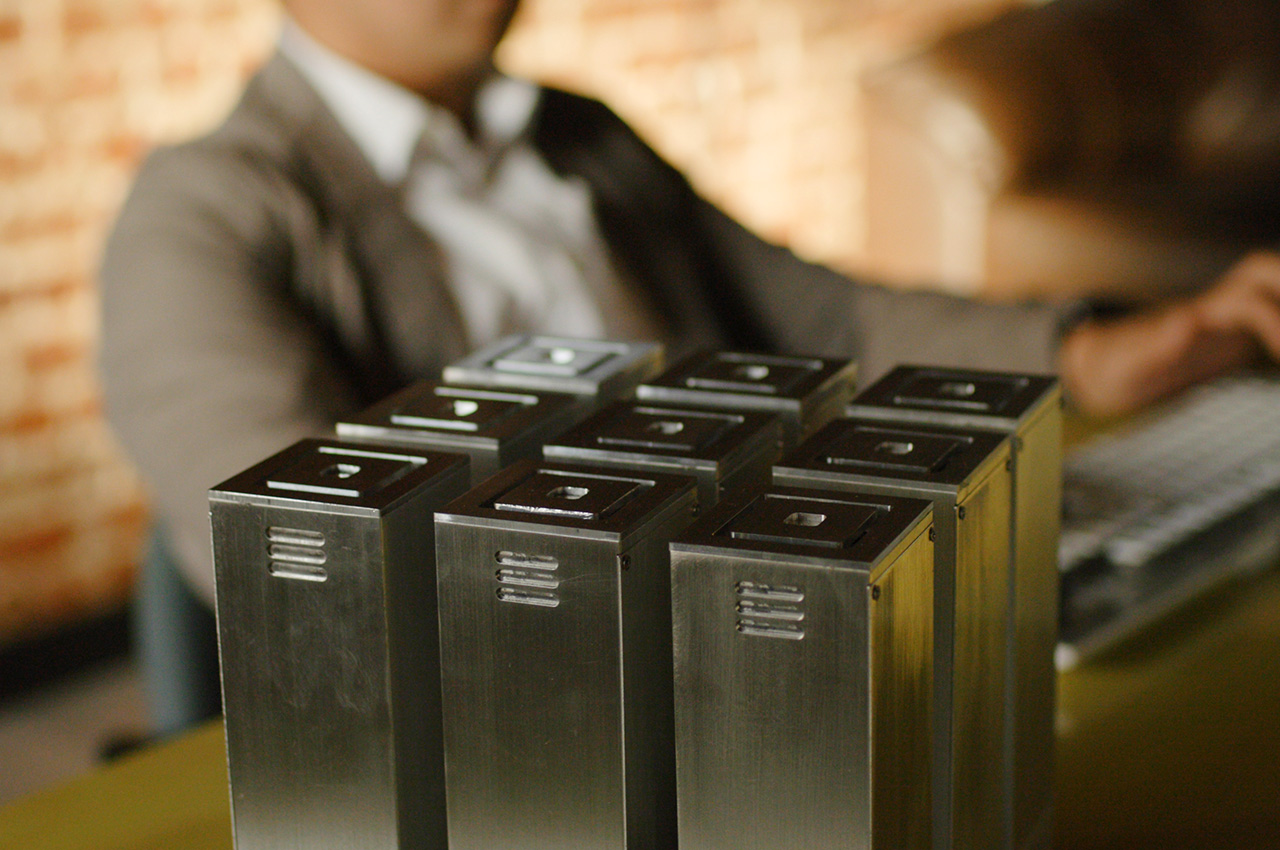 Box, on the other hand, is just $299 for its Lite version, which is a single tower that provides a terabyte of storage. For that price, you own the cloud drive in perpetuity, and can expand as and when you choose. Moreover, you even stand to make money from your Box by renting out the storage to other people. Why pay for cloud storage when your cloud storage could pay you, eh?

The Betula Chair is one that you’d almost rather stare at than sit in! Modern yet raw, monocoque yet structurally complex, it’s an example of…

A Candle Warmer That’s Housed Within a Beautiful Design

The warm, gentle and atmosphere creating glow of a candle is often found within the domestic environment, and when paired with a sweet or seasonal…

INU is stylish, state-of-the-art personal transportation that aims to make commuting within the city a cinch! Green and portable, it’s a fantastic option as a…