At a time when lights and sounds have become sources of distraction and overwhelm, this mood lamp and speaker in one sets the tone for a more peaceful atmosphere.

There is no shortage of smart speakers and smart lamps in the market today. You might even see a few that combine both functions in one body. This fusion of technologies to create a single multi-functional product can help save up on space and money, but sometimes the combination creates disharmony instead. Our senses are already inundated by the sights and sounds of modern life, including those coming from these smart appliances. Fortunately, there are designers and products that were made to go against the trend, like this beautiful Nordic-inspired lamp and speaker combo that tries to spread feelings of calm and peace instead. 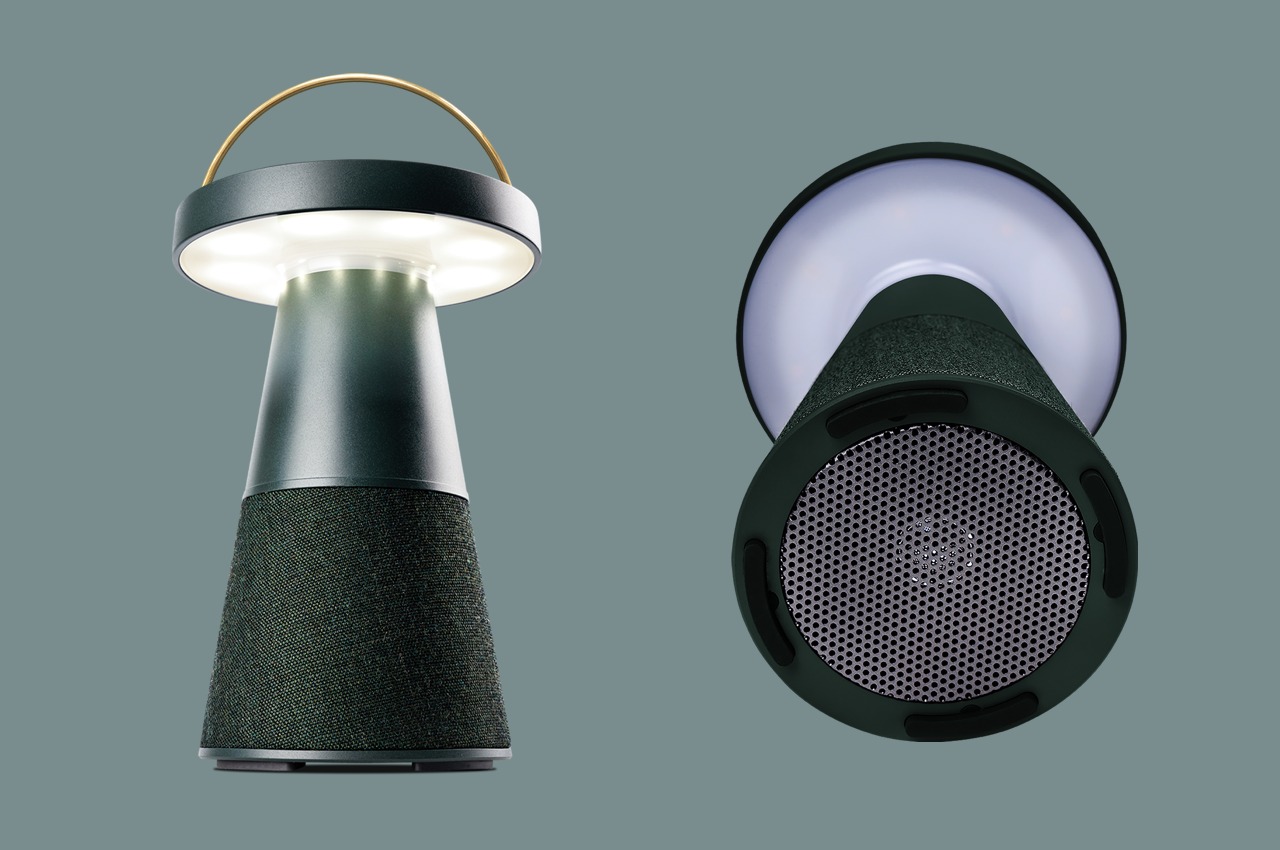 Everything about the WELLE portable lamp speaker (W201T) was envisioned and designed to convey a sense of harmony and mellowness. That character goes beyond the obvious appearance of the product, which clearly takes its cues from the minimalist movement as well as Nordic design languages. The absence of extraneous visual elements, out-of-place lines, and distracting colors help make the WELLE speaker lamp look more pleasing to the eyes. The very form of the device, a cone for the speaker with a disc on top for the LED lamp, is designed to draw your attention to the lamp and its mellowing light. 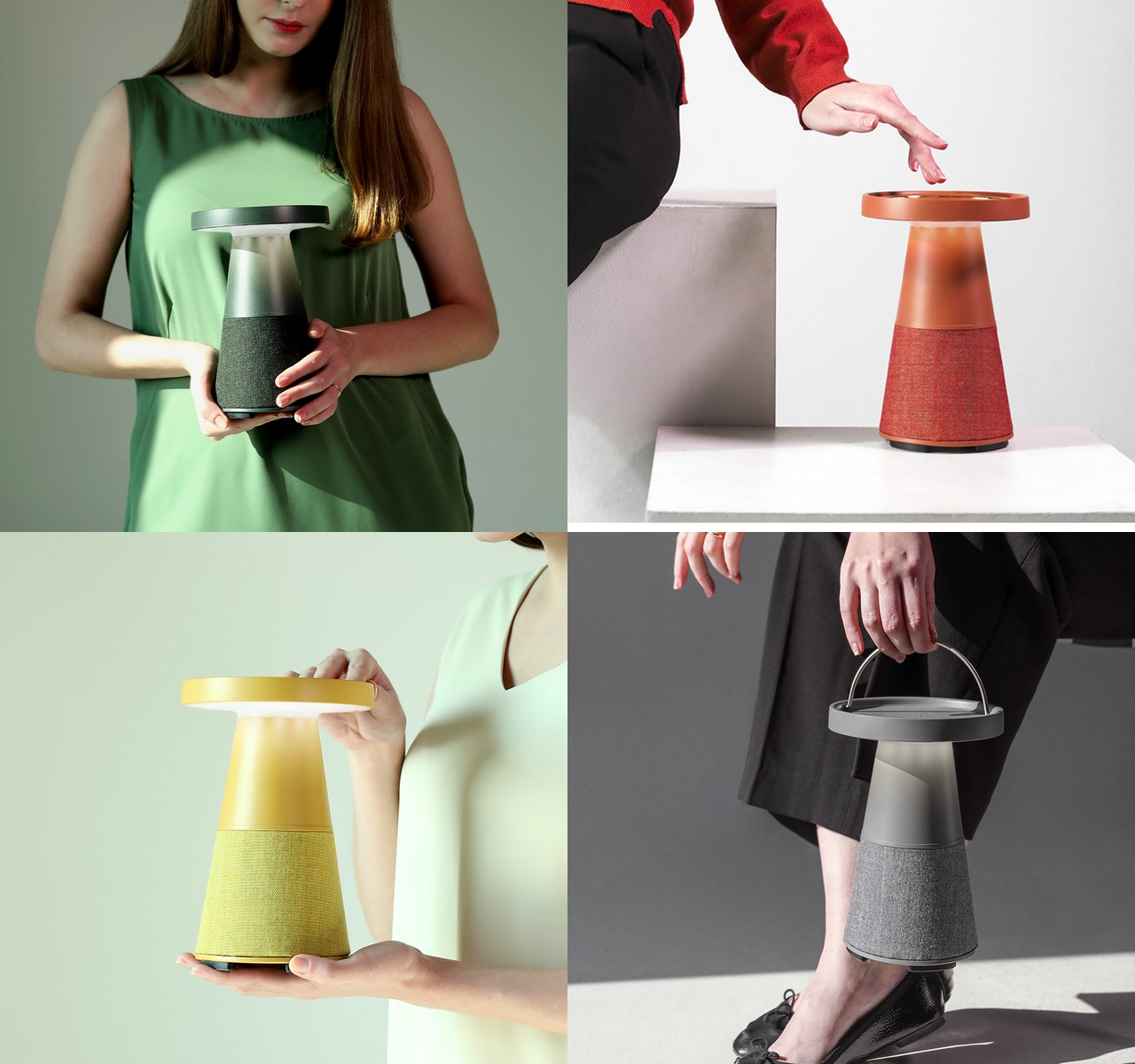 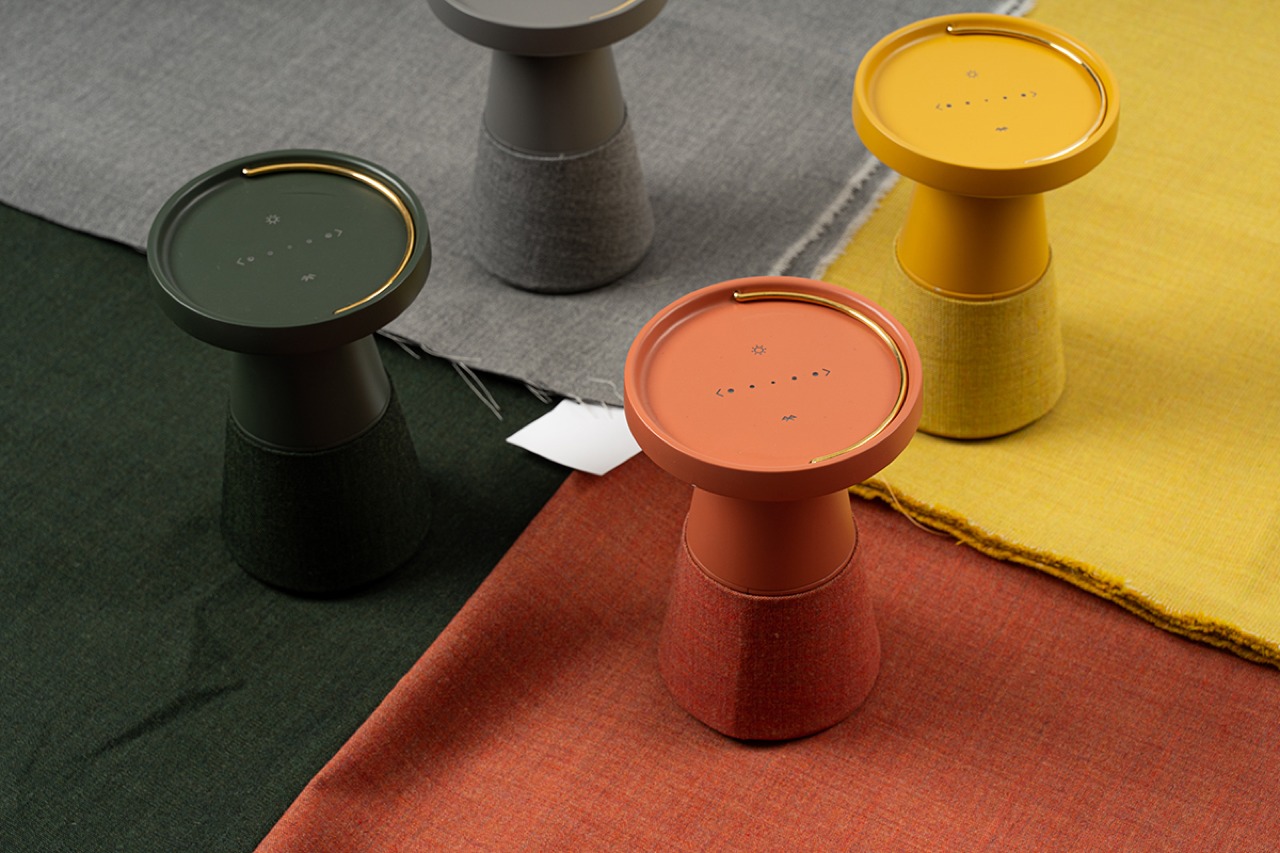 Even the colors chosen for the speaker lamp aren’t your regular hues. They’re meant to remind people of more calming and subdued tones, like the lushness of Forest Green, the warmth of Brick Red, the mellowness of Moonlight Yellow, and the neutrality of Modern Gray. The speaker area of the lamp uses eco-friendly premium textile from the famed Kvadrat, so your mind can also be at ease that the materials used here aren’t harming the environment.

Despite the almost laid-back appearance of the WELLE W201T, it hides a powerful speaker that lets you enjoy your tunes, be it a relaxing classical or a heart-thumping EDM. A down-firing woofer pushes low tones and bass down to the surface, making it bounce back to create a fuller soundstage. Two twitter units on each side of the cone produce a 360-degree surround sound experience. The speaker utilizes high-end audio components from Waversa System, which not only tuned the device for room surround sound but also lent its patented noise isolation technology to weed out static noise from your music.

Lightweight at 660g despite the 12-hour 2,000 mAh rechargeable battery inside, the WELLE portable speaker lamp lets you set up your preferred mood any time, anywhere. The folding handle makes it easy to carry the lamp around or hang it from a hook while still keeping its compact form when not in use. A beautiful piece of technology that looks great, whether on a table or hanging from a tree branch, WELLE lets you create your own oasis of peace and calm in the middle of the disruptions of the world around us.

Grrrr.. there’s nothing more annoying than calling a customer service number only to wait on hold before being transferred to a robot that can barely…

MUV / Rethinking the Mobile Retail Experience from Radlab on Vimeo. Old-school vending pushcarts are literally getting PUSHED out of retail areas by new businesses!…

Still hiding your cash inside your shoes at the beach? This 100% waterproof wallet can go surfing with you!

https://www.kickstarter.com/projects/ronanfinnegan/submerge-the-waterproof-wallet-cardholder What’s your accepted method of protecting your belongings when you go to the beach? Do you hide stuff in your sneakers, ask a friend…