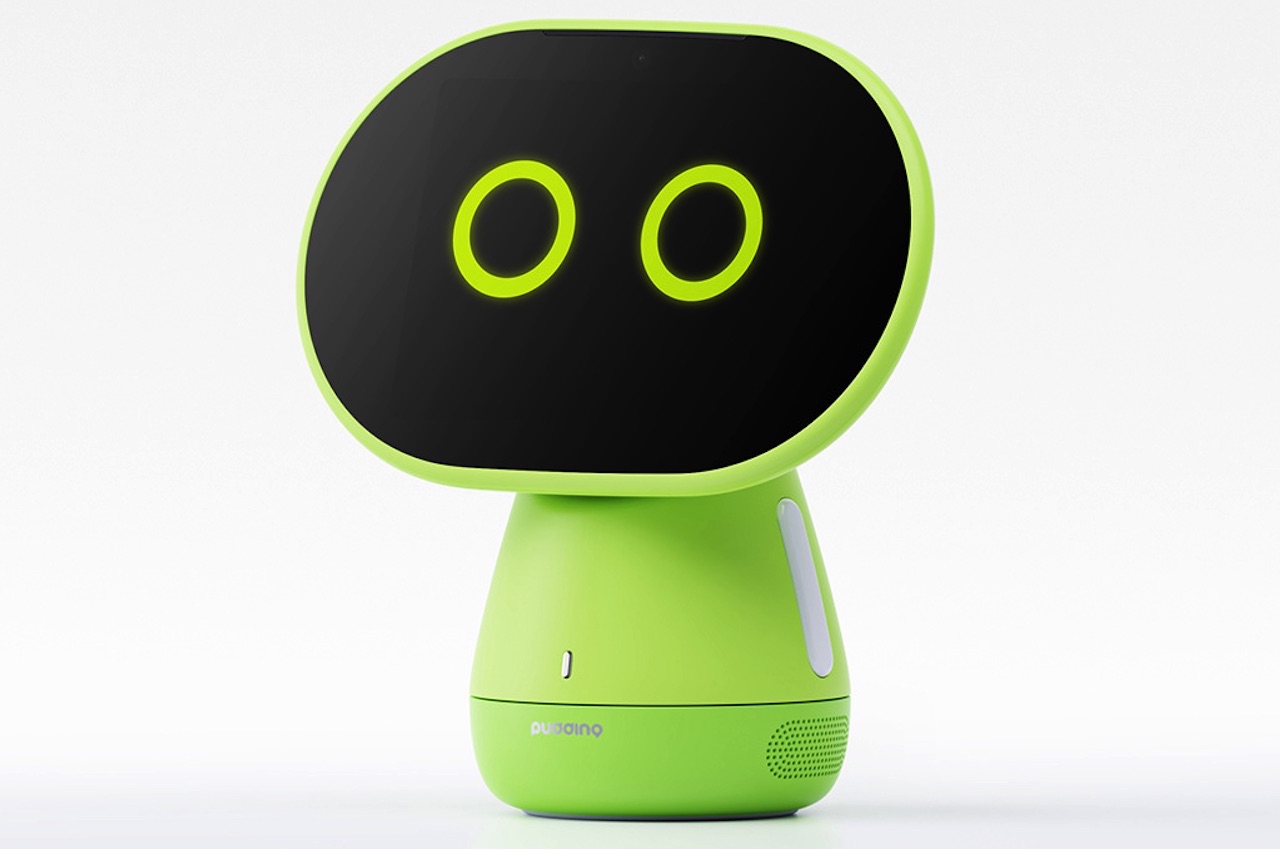 A future with robots as trusty companions may happen. It’s already happening these days as we are more glued to the mobile screen and computers than ever. It seems to be inevitable as technology advances and as society evolves. We’re not sure if we’ll ever live until that Terminator-like era but robots, no matter what form, may someday rule the world.

It doesn’t mean we’ll go on hating robots. We love robots and related technologies as they’ve become really useful. We just need to draw the line and put boundaries on what such machines can do. The Pudding Beansprout Robot is a concept device meant for kids. It’s a smart robot that can help children learn English at home. 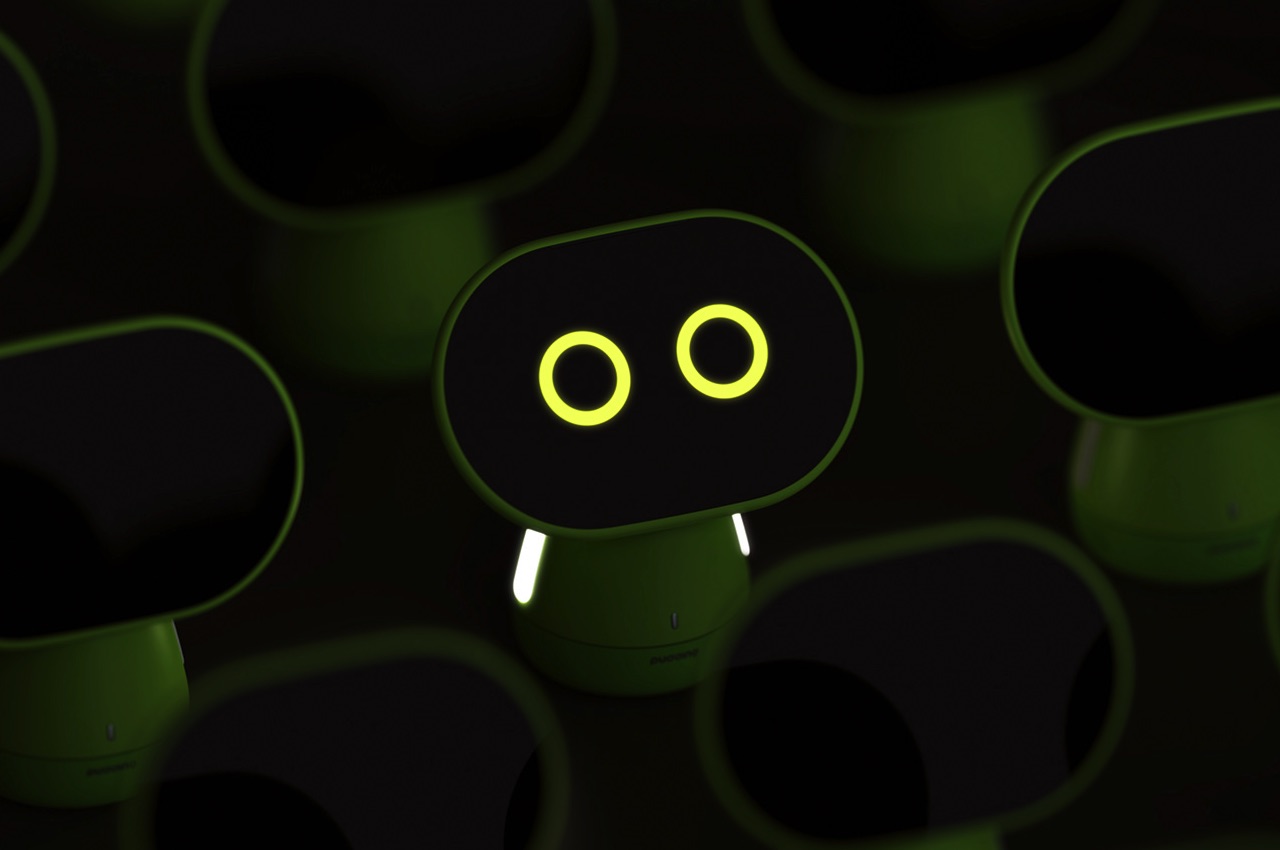 The robot can be a learning partner for a child who wants to learn English. The Beansprout device can teach the language efficiently and systematically. It can also deliver a lot of information, lessons, and facts that will help in any kid’s education. 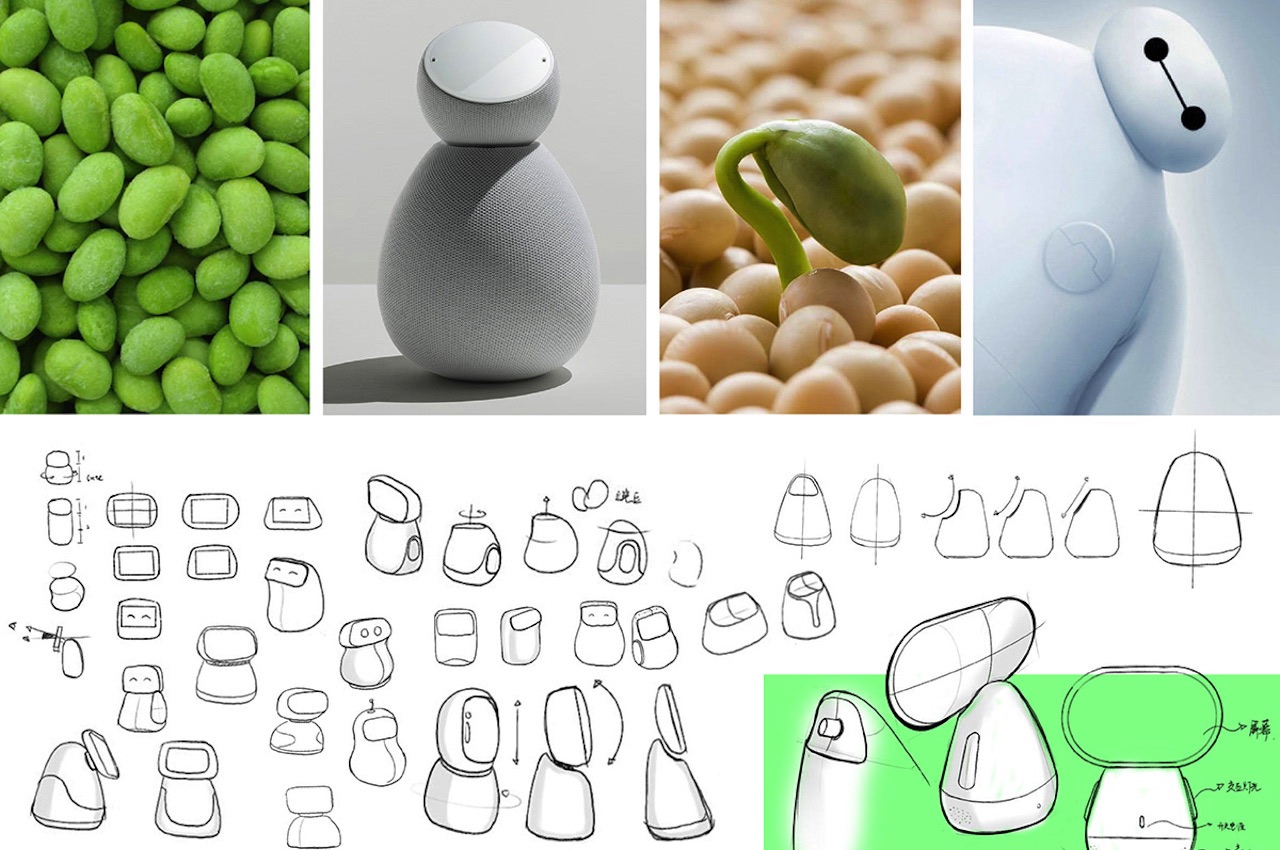 The cute light green robot features a chubby body. It will remind you of Big Hero 6’s Baymax because it’s one of the inspirations apart from a beansprout. It looks like a toy so children will be attracted to it. Its head can do a 300° rotation angle so it can turn different ways. It offers a more immersive English education to the children the whole day so learning is truly fun. 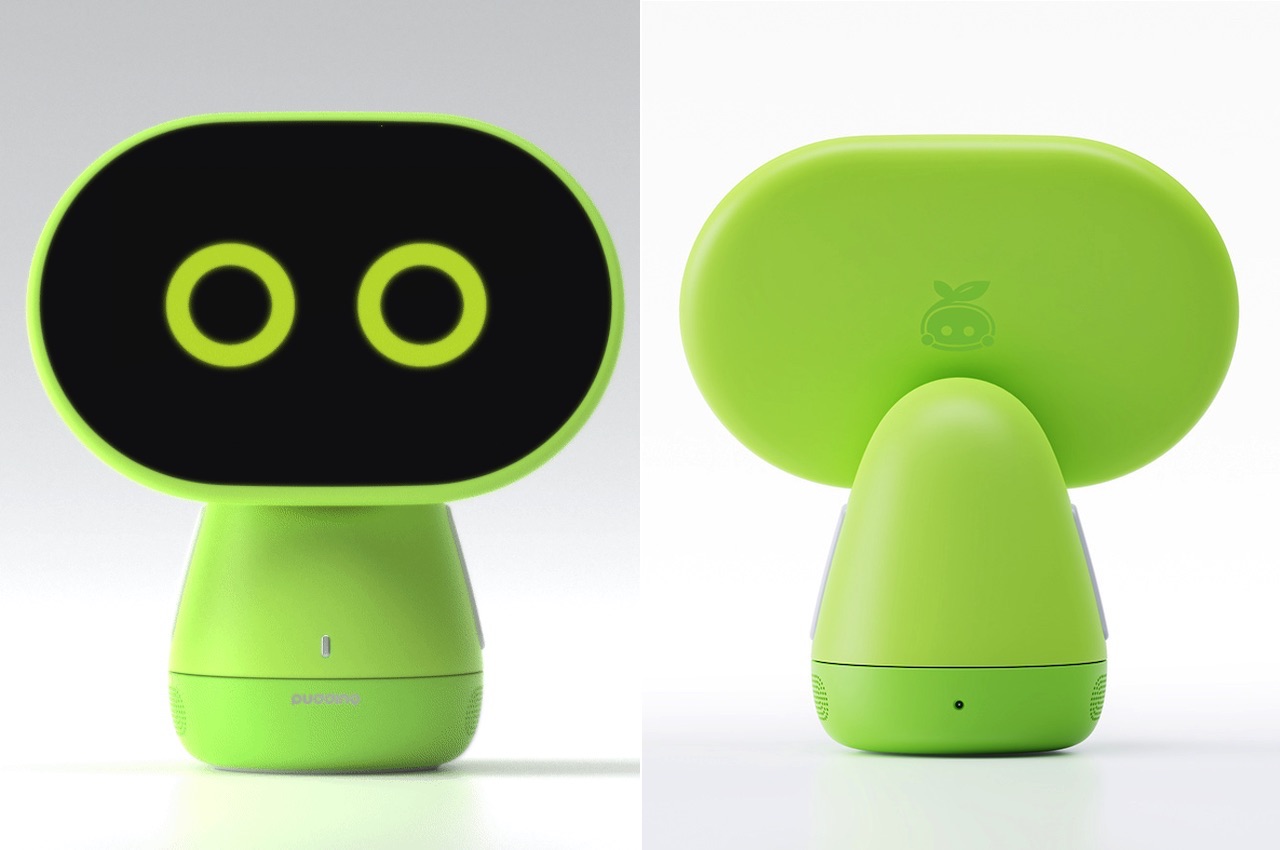 The industrial design of the robot may be similar to other robots for kids but this one is more intelligent. It’s mainly to teach English to children who want to learn. It takes advantage of AI technology as it “talks” to the kids just like a teacher would. With the robot, the children can know the correct pronunciation of words and learn spoken English in the most authentic way. 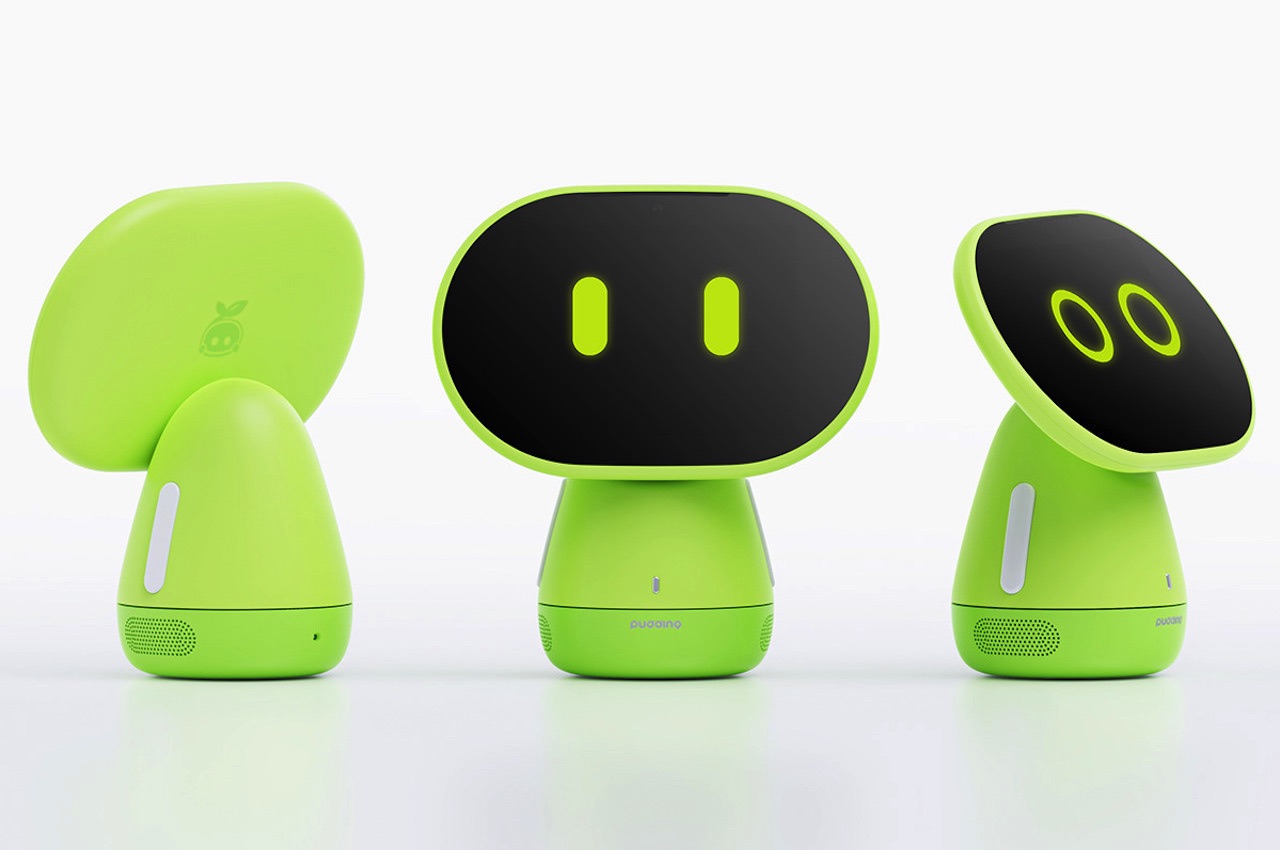 Kids can listen to the robot. Just don’t expect the robot to do things for you because its features and functions are limited. The Pudding Beansprout Robot comes with an LCD screen with a camera and a speaker on the body. Its eyes light up in robot mode so the screen looks like a face. 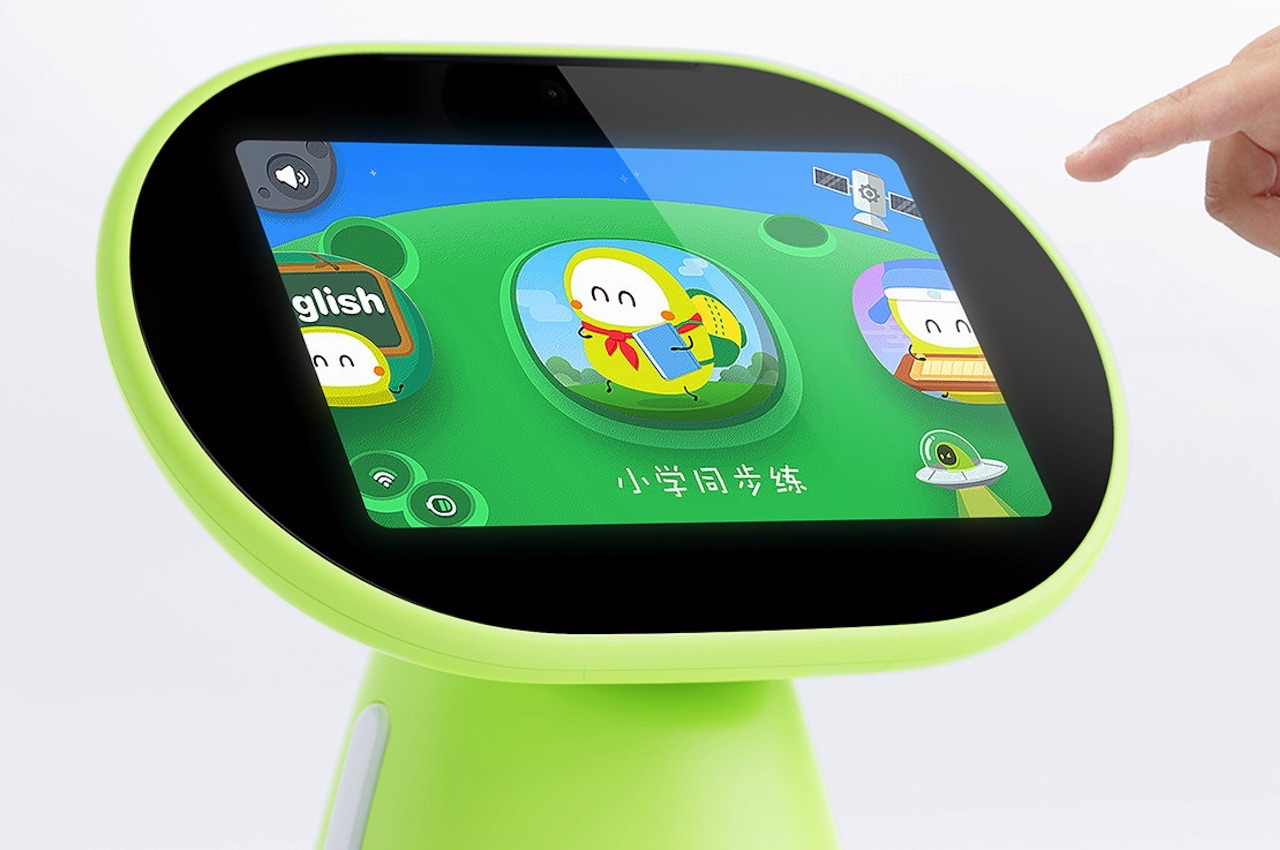 The Pudding Beansprout Robot was designed by Shenzhen-based group inDare Innovation. It’s the same group that worked on the EtsMe personal and private cloud storage tool from last year. The company has a number of other innovative projects that have the potential to go really big and the Pudding Beansprout Robot is just one. It can deliver a pure English conversation environment with the children at home. Learning shouldn’t stop at school so this kid-friendly robot will be more than useful. 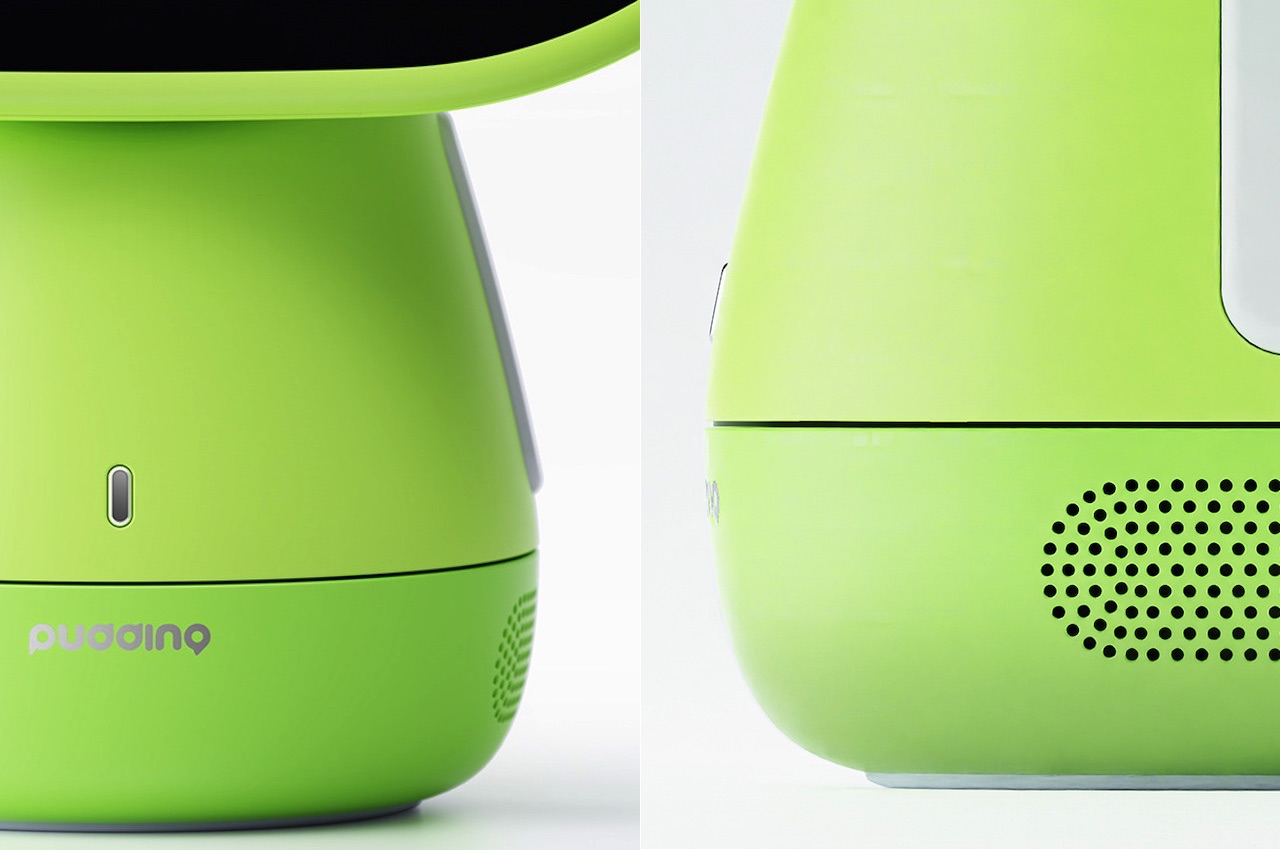 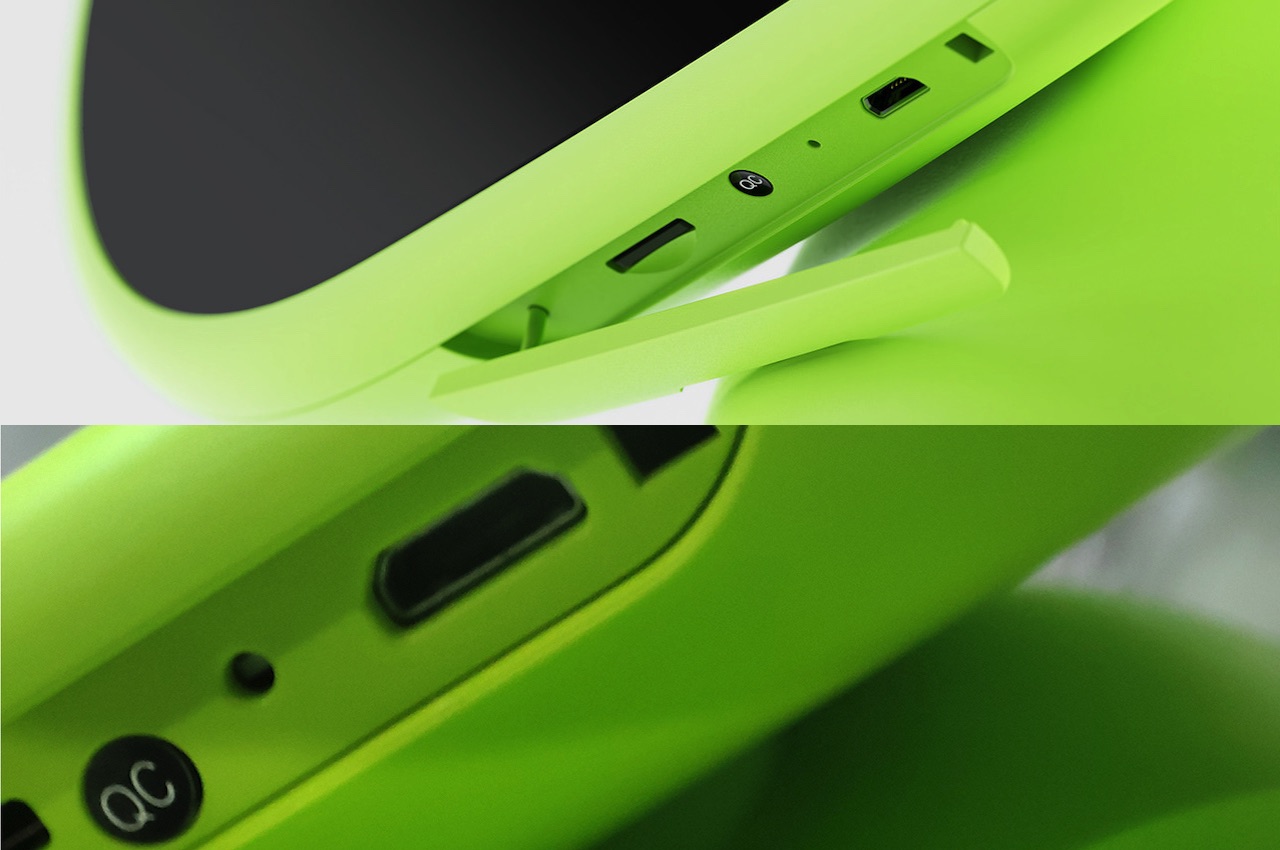 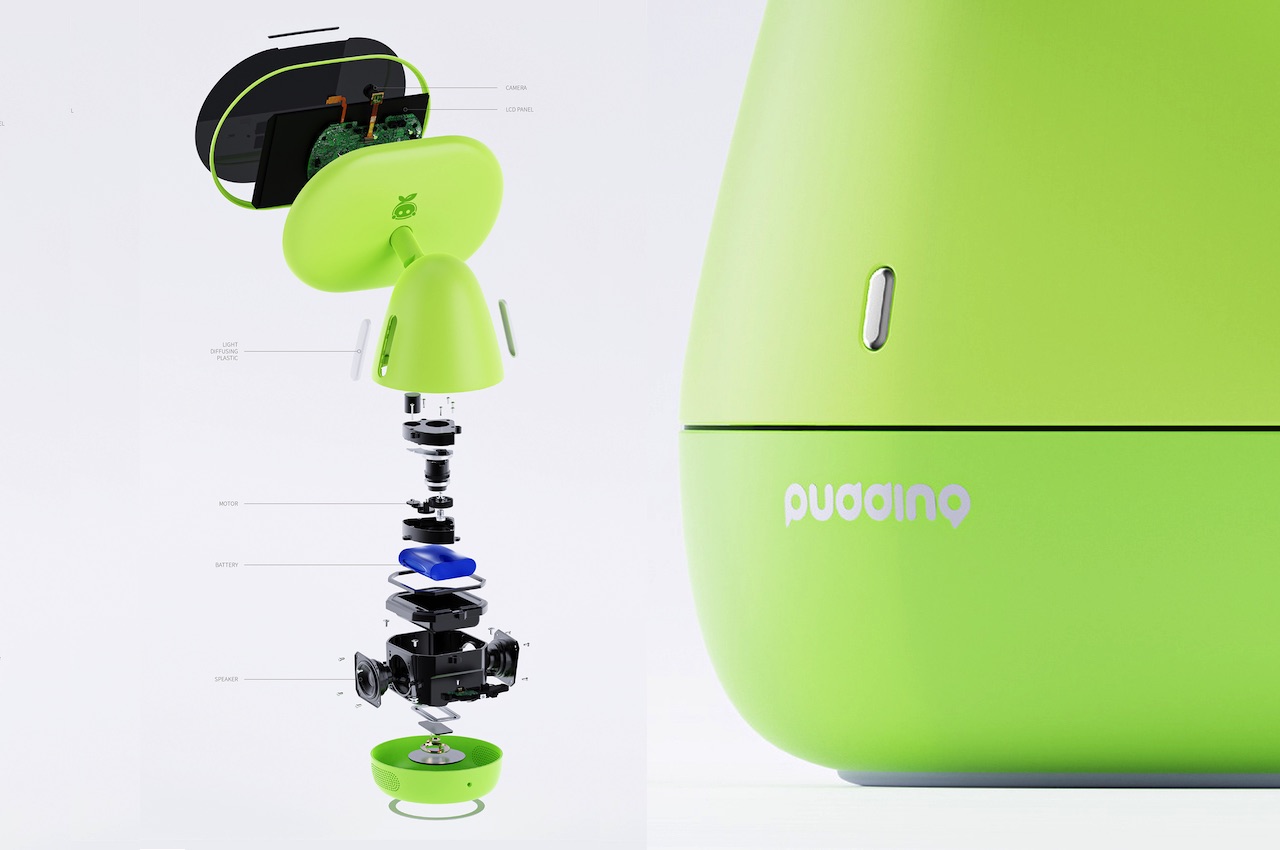 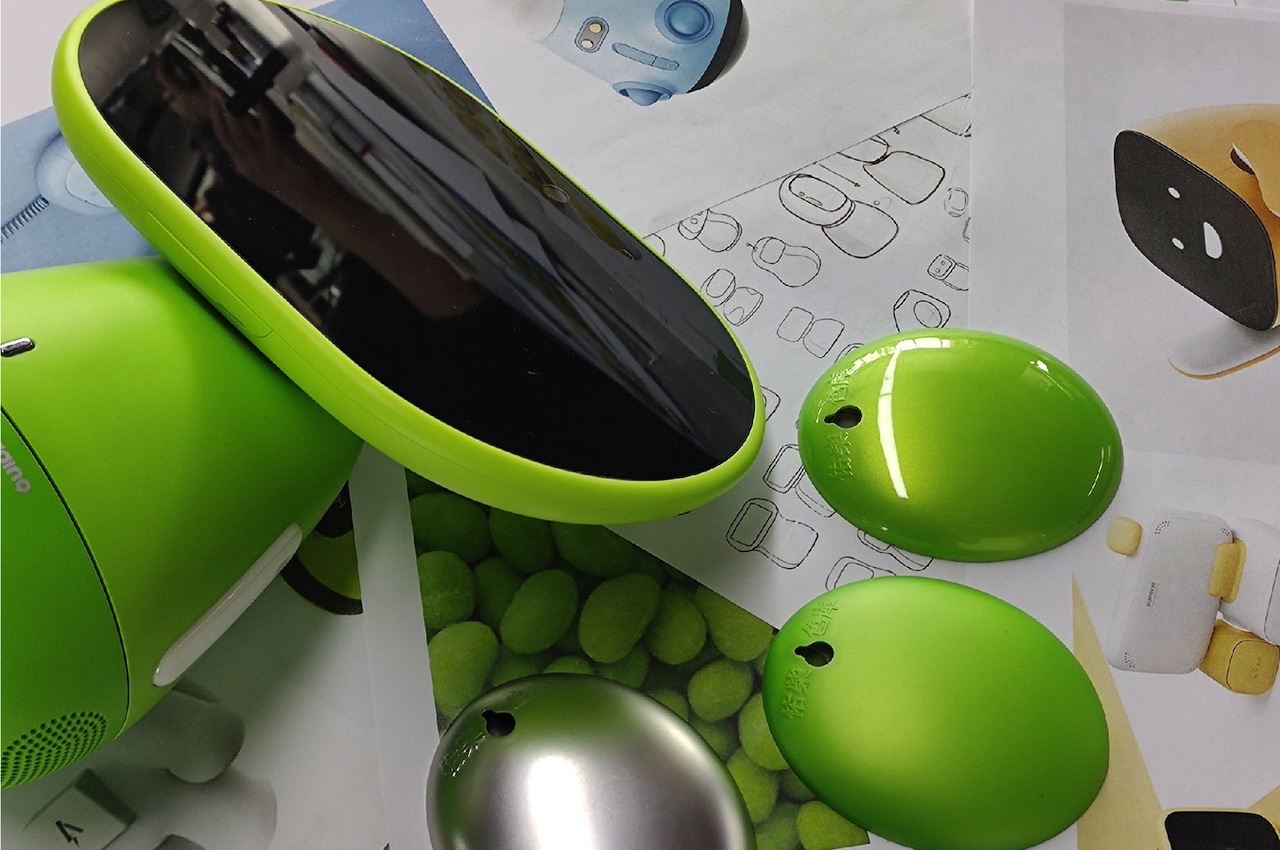 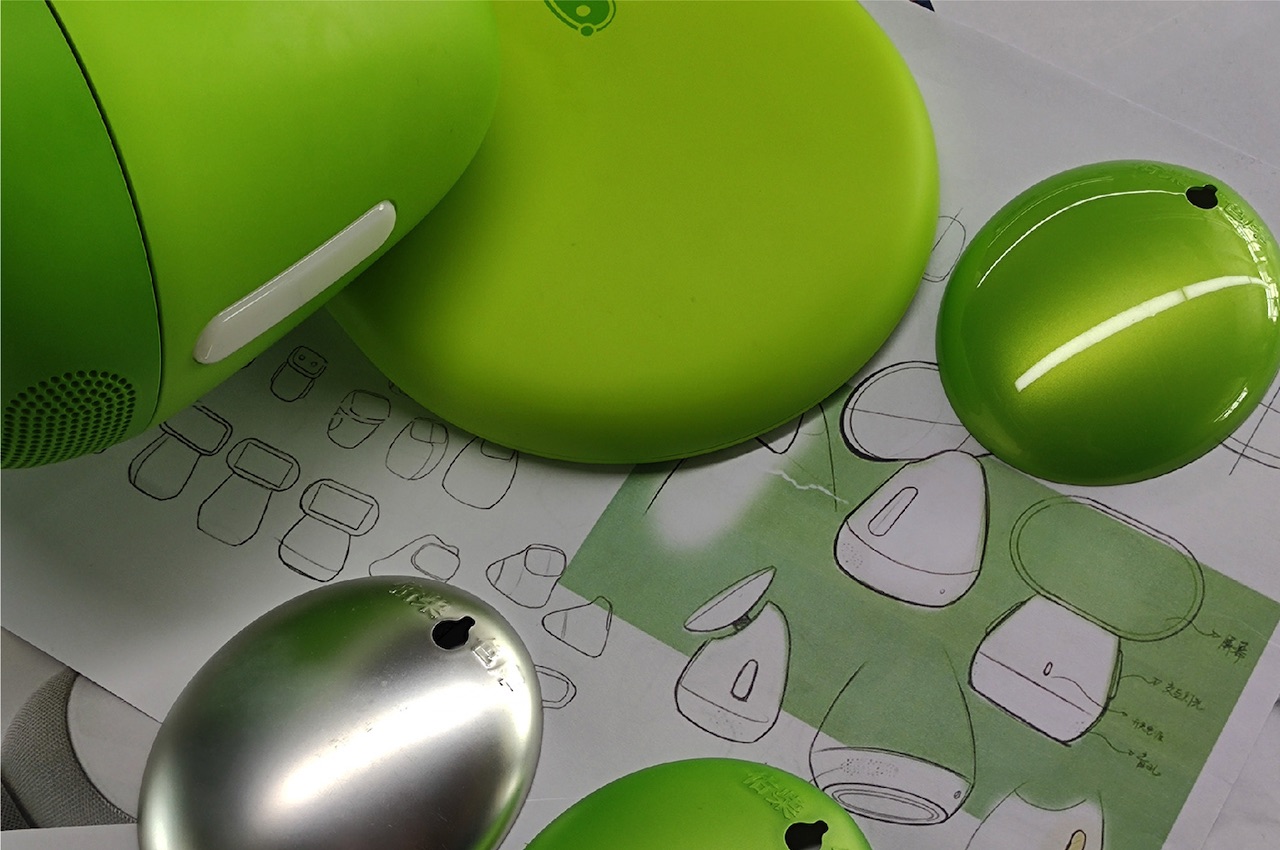 Alarm clock concept adds light and color to your bedside

A lot of people use their smartphones or devices as their alarm clock. But for those that would like to keep their digital devices away…

Half a pedal, twice the distance

You know how when you first learned to cycle, you had your mother or father give you a gentle push from the back as you…

Audio speakers were once considered luxury items, so people treated them with affection and care. And when their precious speakers broke, they often took them…

Turn your clothes into health trackers

It seems like only yesterday the hype of fitness wearables was the talk of the town. It wasn’t long until that hype died down and…