Private audio, but without placing headphones/earphones against your ears – that’s the claim the Noveto N1 makes. Think back to the time when you had your headphones on at home and someone rang the doorbell or called out your name, and you had no idea because, well, you had headphones on. Unveiled at CES 2022, the N1’s technology aims at circumventing that problem, although its underlying tech is capable of doing a lot more. If you were lured into this article by the words “invisible headphones”, let’s cover that bit first. 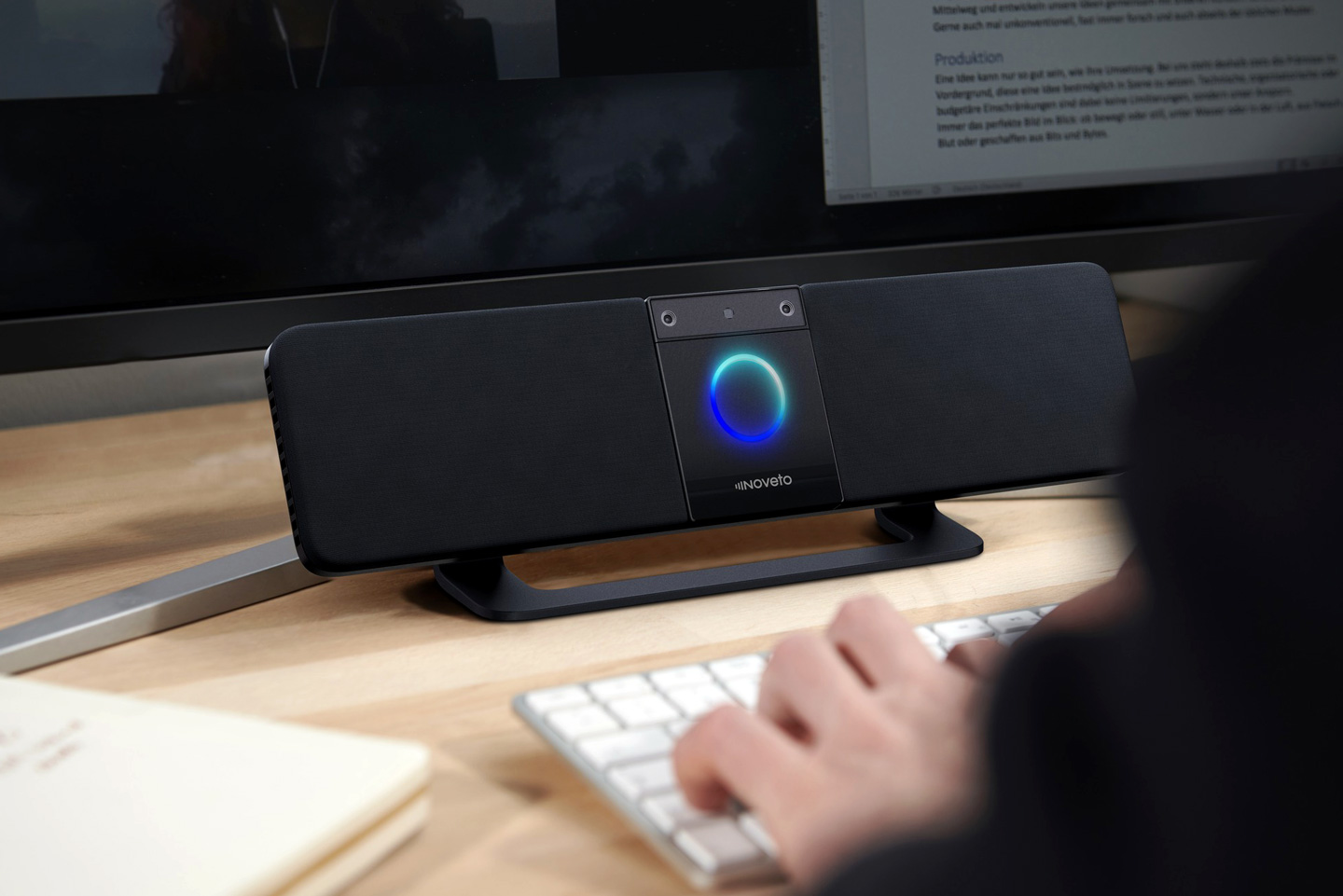 Purely technically speaking, headphones are just small speakers that sit near your ear, only allowing YOU to hear the audio. They ‘physically’ block outside sound (or sometimes even cancel it using inverse frequencies), so you can hear this audio better. What the Noveto N1 does is different. Rather than pressing speakers against each ear, the N1 sits on your desk and ‘beams’ audio towards your ear just like a regular Bluetooth speaker… but what it also does is make sure the audio doesn’t go anywhere beyond your ear. It doesn’t travel sideways to someone sitting beside you, doesn’t travel behind your ear either to your partner standing right behind you. It just travels exactly to both your ears, creating ‘invisible pockets of sound’, or invisible headphones. Someone standing 3 feet away from you can barely hear what you’re listening to; but you can hear everything else, including your doorbell, your phone, or a family member yelling to let you know lunch is ready. The N1 is a speaker system, but a private one… and that’s a pretty remarkable technological feat. 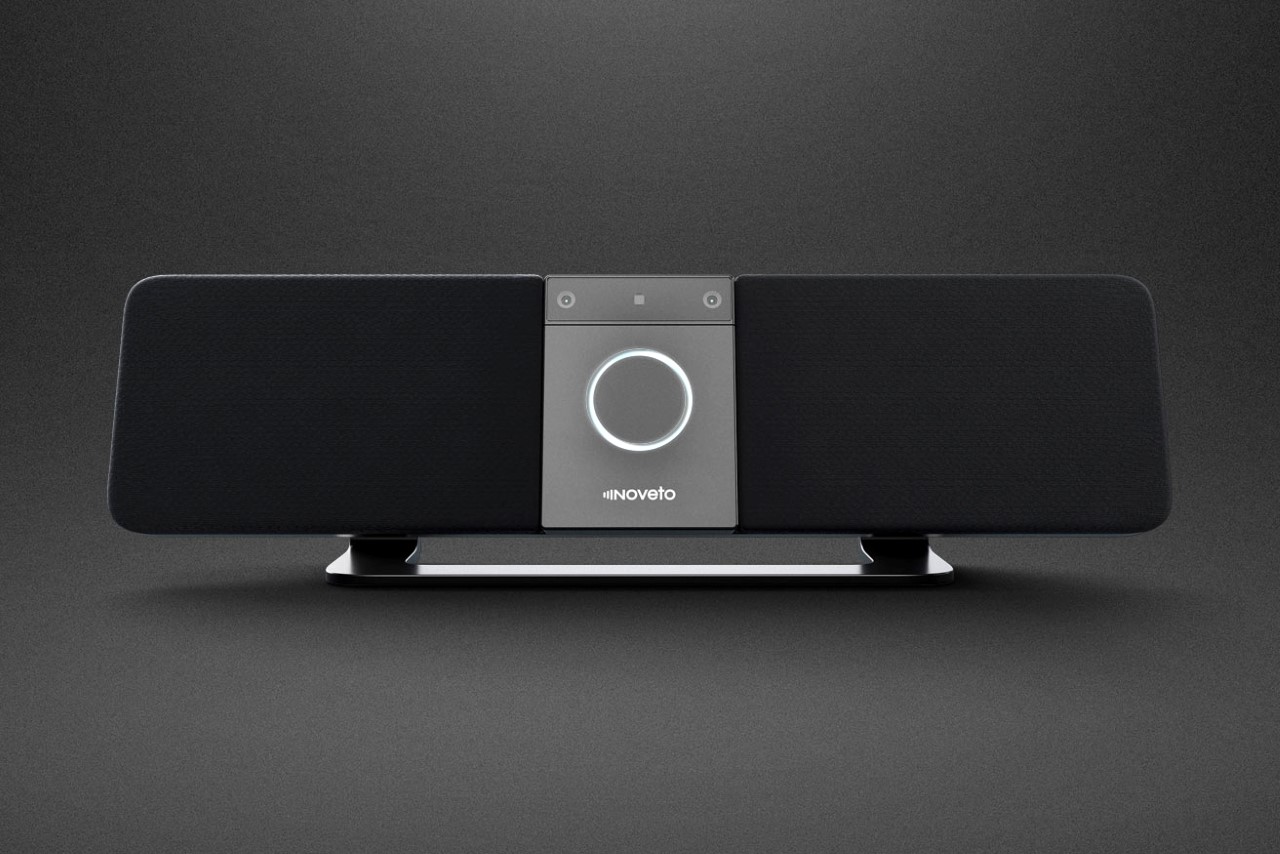 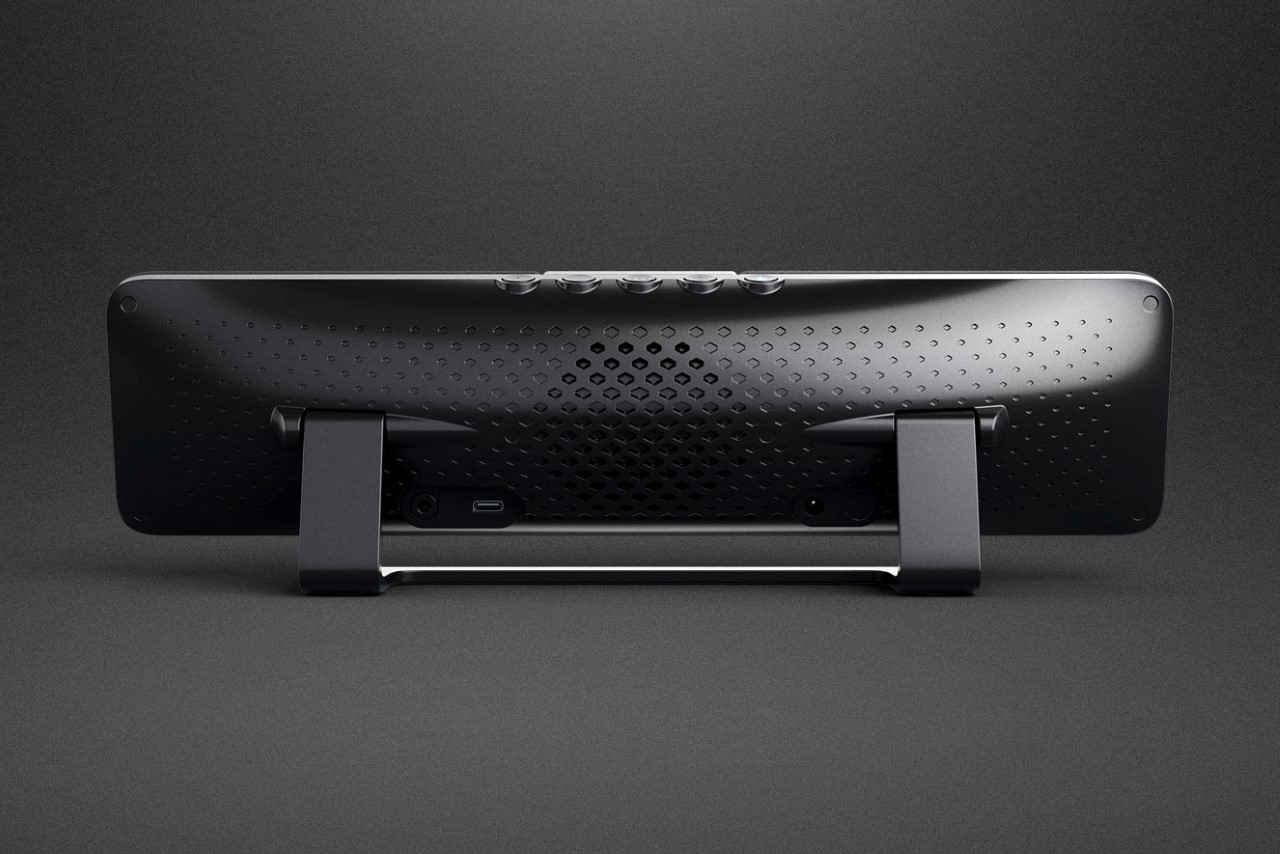 If you’re a bit of an audio junkie like I am (or even if you’re not), what the N1 really nails is ‘acoustic attenuation’. Now that’s a fancy term for making audio soft, but here’s what it means – The N1 can project sound waves at a certain amplitude or loudness, but it can also decide how loud the audio remains over a certain distance. By doing this, it can make the sound waves traveling to your ear loud, but make them soft the minute they cross your ear. Mounted on the top of the N1 are two cameras that track your face, locating the placement of your ears. It doesn’t matter if you have long hair, a thick beard, glasses, or even a face mask… the device can beam audio to your ears in real-time. This is vastly different from a set of headphones, because you’re not really wearing any headphones on your head, and you can still hear the world around you… and it’s vastly different from a speaker because A. It provides a private audio experience and B. It still delivers stereo sound, ensuring the left and right audio channels reach your left and right ears. 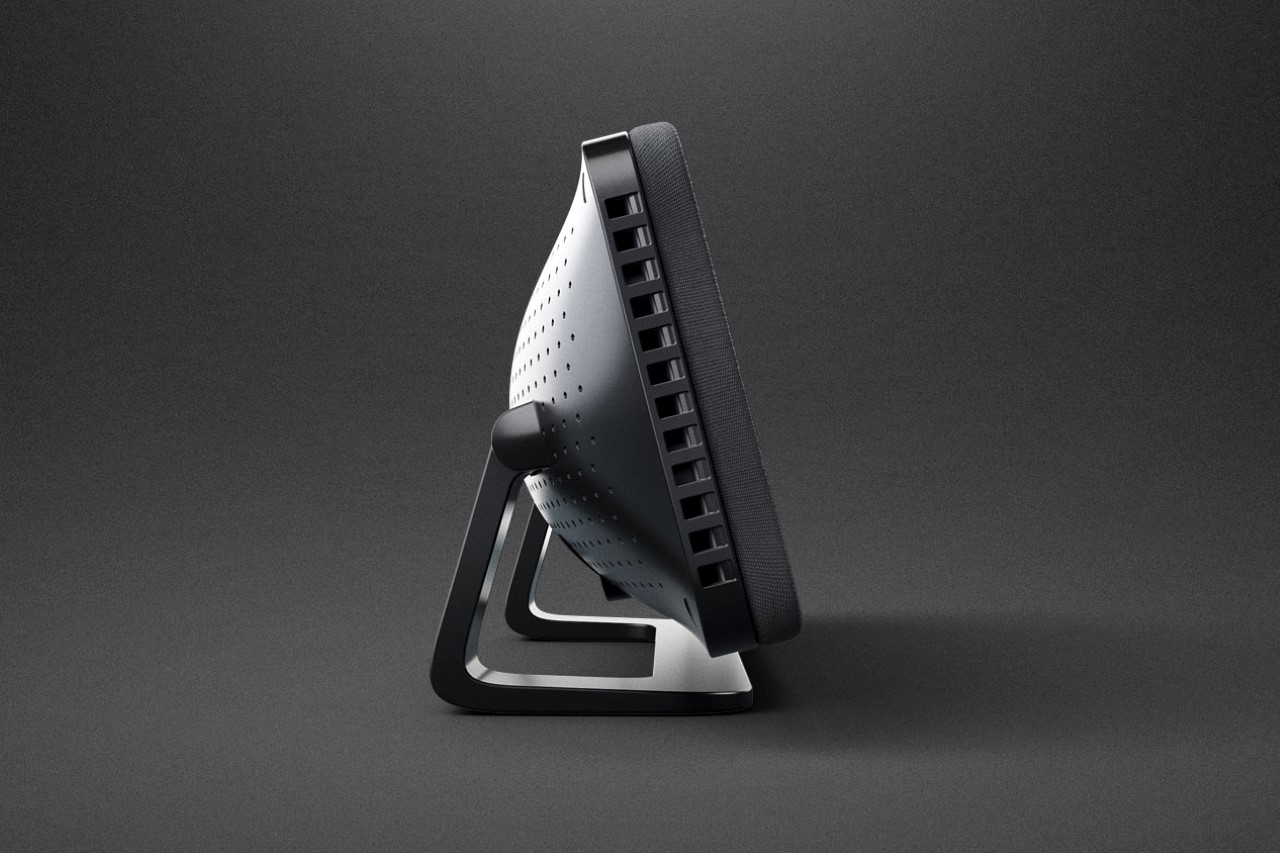 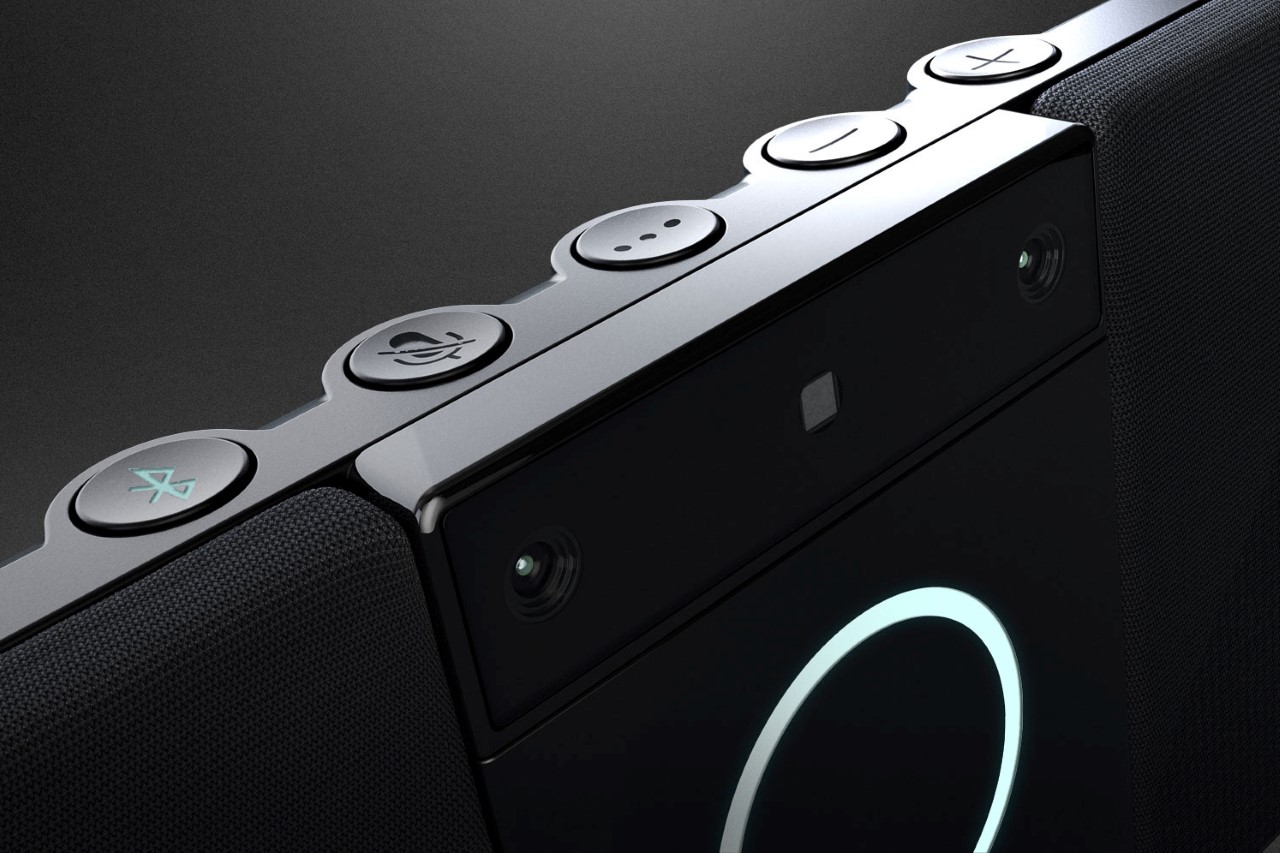 Does it really mean that people around you can’t listen to your audio? Well, it’s difficult to say, but at certain volumes, you can practically ensure complete privacy. For example, if you’re listening to a TED Talk at a regular volume, chances are nobody around you will hear a single thing. However, if you’re blasting Adele’s latest chart-topper at max volume, people around you may be able to get a general sense that there’s music being heard, but with not much clarity. Noveto claims the N1 can reduce audio by up to 90% for someone who’s located just 1 meter (3.3 feet) away from the listener. Frankly, headphones work the same way too, as audio can sometimes leak out of them during playback. Especially if they’re what are called ‘open back headphones’. 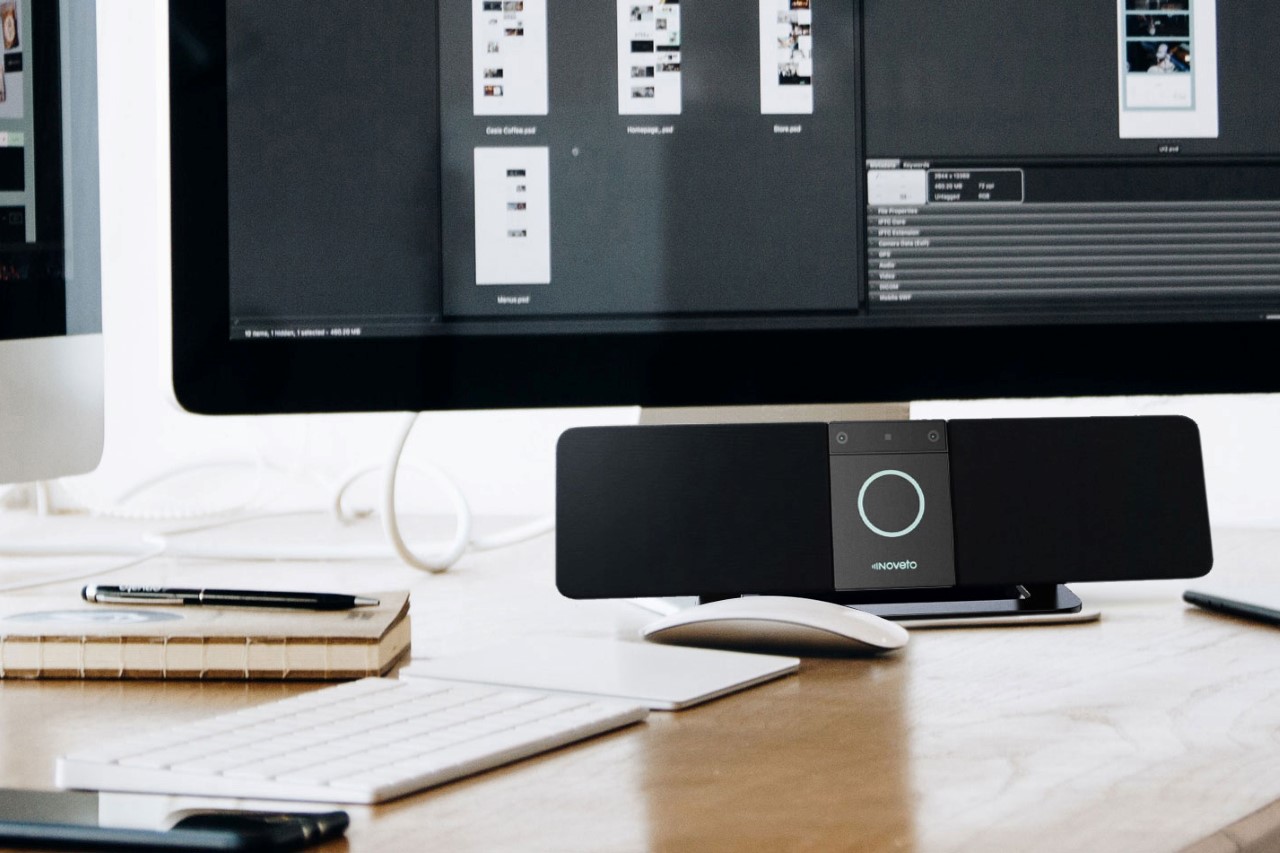 The secret sauce lies in a bunch of clever hardware and software integrations. The Noveto N1 uses a proprietary array of transducers that are capable of this acoustic attenuation, along with a facial tracking camera module, and a powerful chip that does the heavy-lifting, allowing the sound to move with your head as you move around. The technology is incredibly new, and has tonnes of applications, from allowing you to listen to the TV or play a game without disturbing others, you could even video-conference privately, without having headphones resting against your head or worrying about your AirPods batteries dying out. The N1 could be used in cars too, or even at museums/art galleries, playing specific sounds near exhibits just for the people standing in front of it. There’s even potential for it to be used in airports or railway stations, providing announcements and updates just to specific seating areas or passengers.

This isn’t Noveto’s first rodeo, however. The company debuted the Soundbeamer 1.0 on Kickstarter last year, with units shipping to backers practically any day now. While the Soundbeamer 1.0 was just a primer on what the technology is capable of, Noveto’s perfected the art of headphone-building with the N1, which now comes with built-in Alexa and AirPlay for a smarter, more useful experience, and a nifty little LED ring around the front that brings all your N1 and Alexa interactions to life. Noveto also mentions that the N1 has built-in face ID, although whether it just detects faces or can recognize different people and control functionality accordingly is still unclear. Ideally, you don’t want your kids or partner snooping in on your confidential work meetings, right?! The N1 was just announced at CES 2022 and as of writing this, Noveto hasn’t really provided any information on its release date or price yet… but if history is any indication, it probably won’t come cheap, given that the Soundbeamer 1.0 went for roughly $800 on Kickstarter. 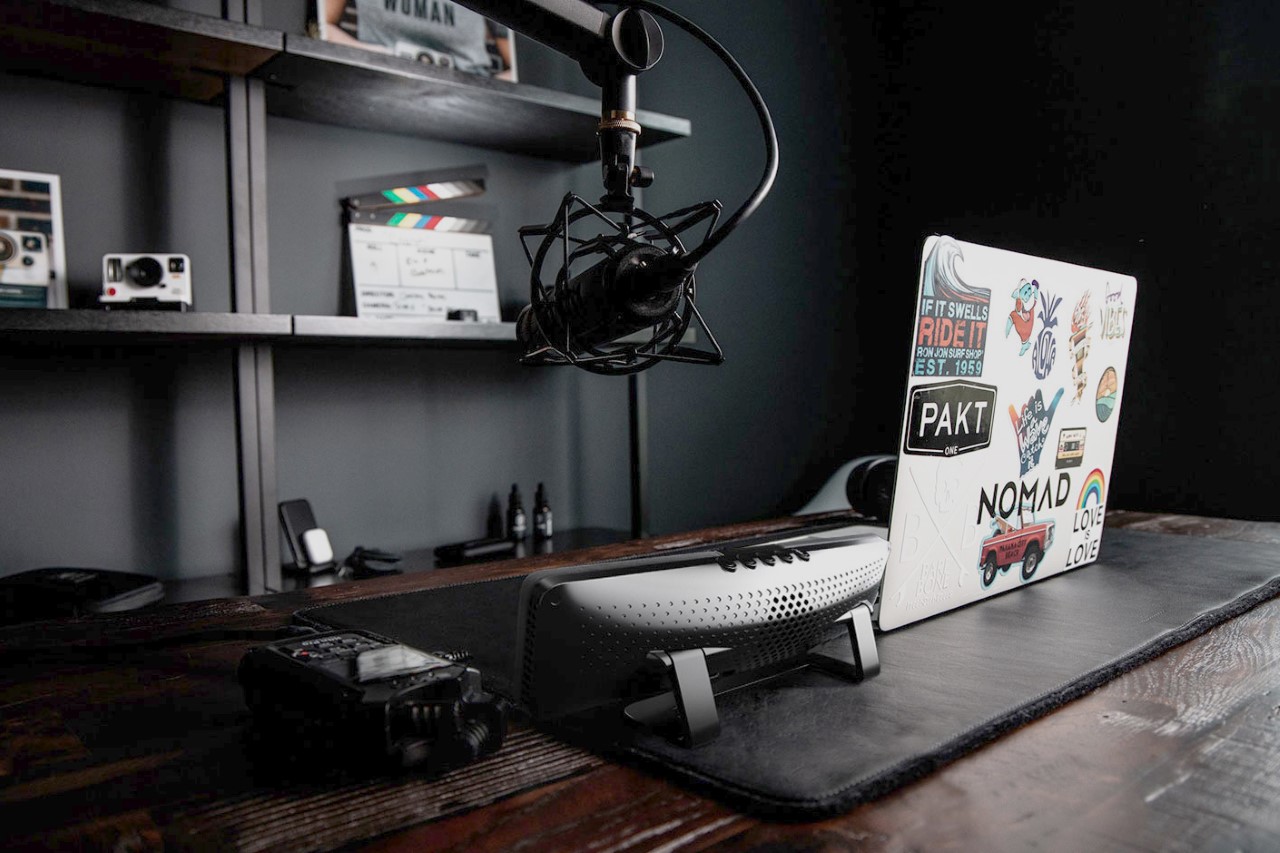 Glocke is a unique cradle for an MP3 player and is inspired by the Korean Buddhist Bell. The bell works on the principle of resonance…

The Karaoke machine we deserve

The Singman has a lot of potential as a complete home entertainment unit in itself, but let’s focus on what it’s actually meant to do….

This one modular speaker splits up into five wireless speakers to deliver surround sound!

I love an innovative speaker design, and I’m always thoroughly surprised by what the human mind can come up with. Chalking my intrigue a couple…