PIC is a photo organizing scheme that includes a circular remote and projector for users to easily manage and upkeep their numerous digital photos.

As our memories grow, our photo albums do too. We take photos almost every single day to preserve memories of all sorts. From camping trips to weddings, our photo albums are stocked full of visual recordings that remind us of time spent with friends and connecting to nature. 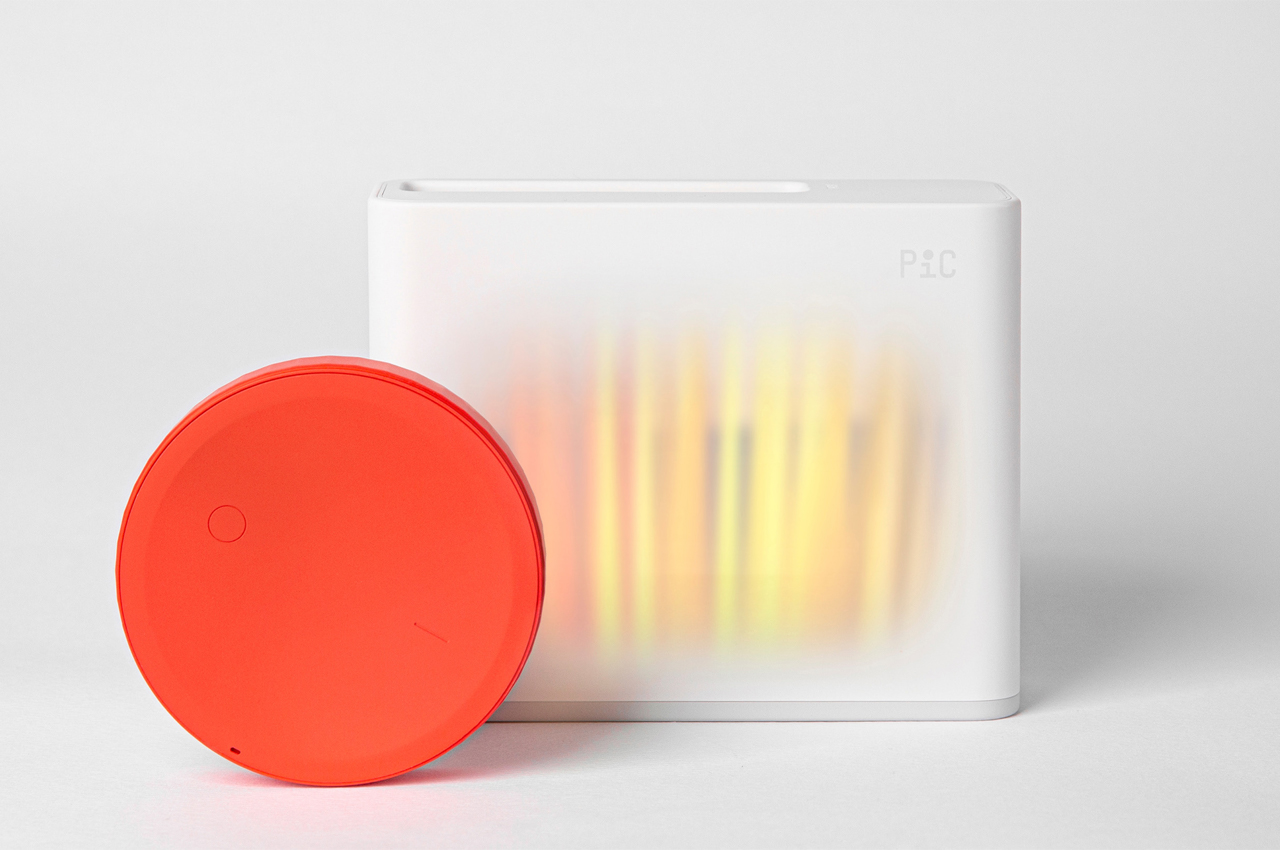 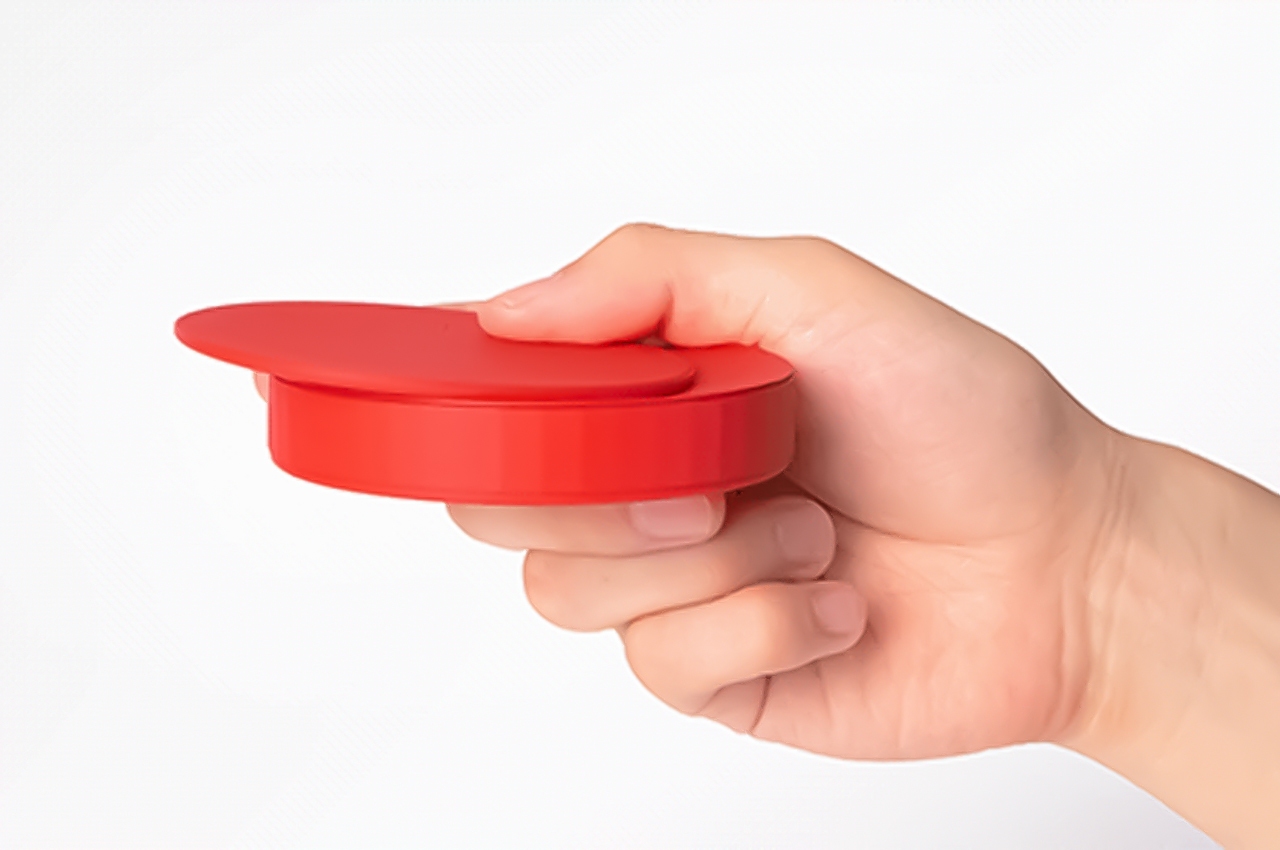 While taking photos has never been more convenient, our photo albums are nightmares to scroll through and locate specific photos we’d like to look back on. PIC, a new way of organizing photos, is a physical and digital photo organizer designed by a team of designers for Samsung Design Membership. 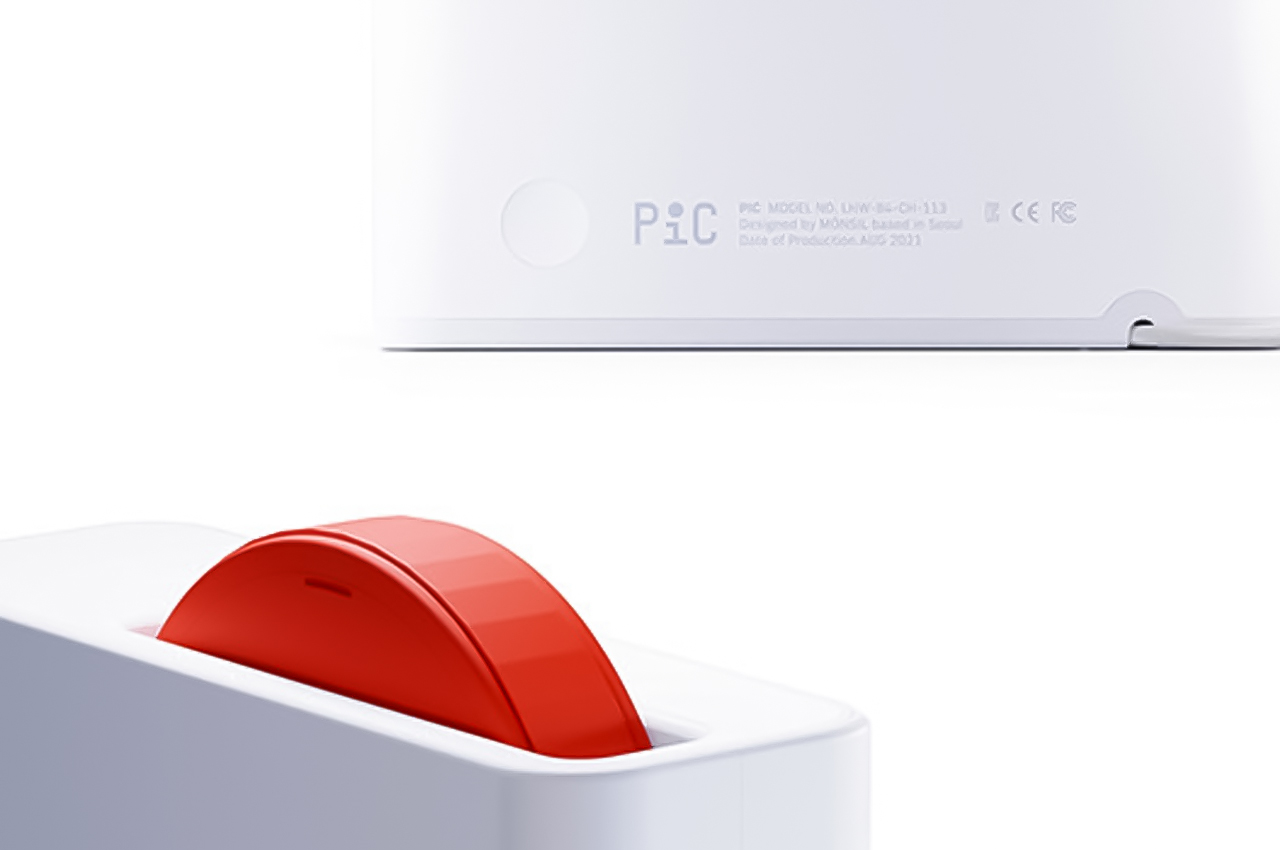 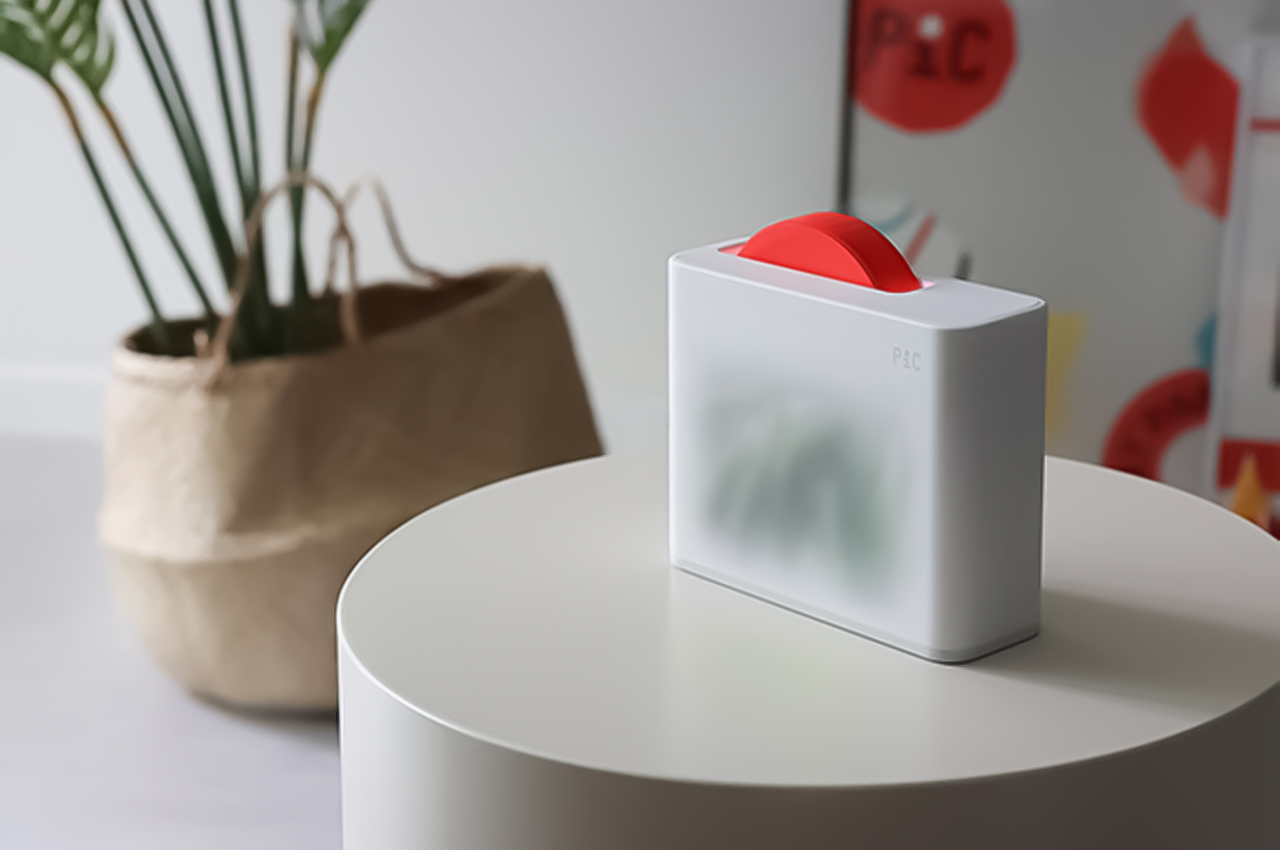 Broken down into three steps, PIC helps users organize all of their memories and their corresponding photos through a guided step-by-step process. Physically, PIC appears like an external hard drive, with a translucent, dual-toned body that looks right at home on the coffee table or windowsill. Comprised of two parts, the round remote is PIC’s main controller. 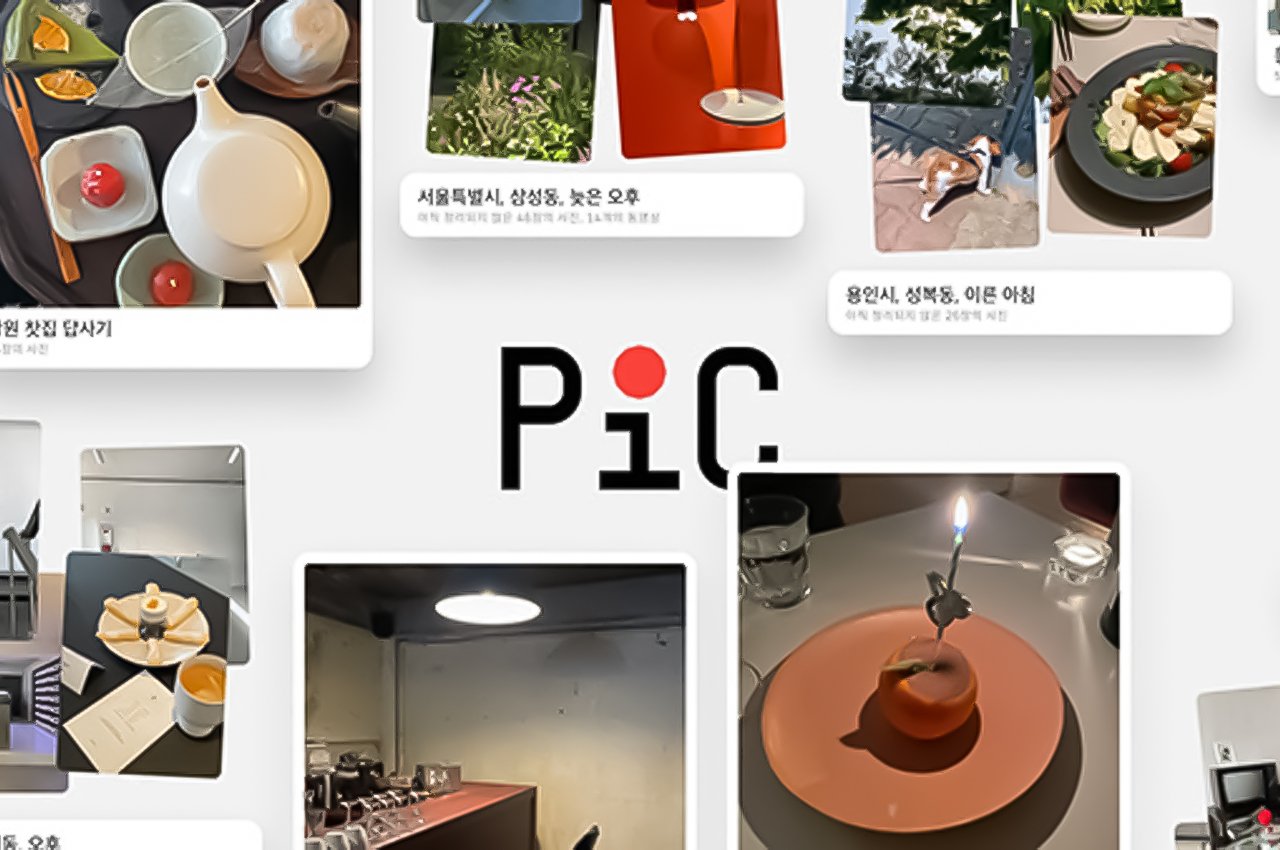 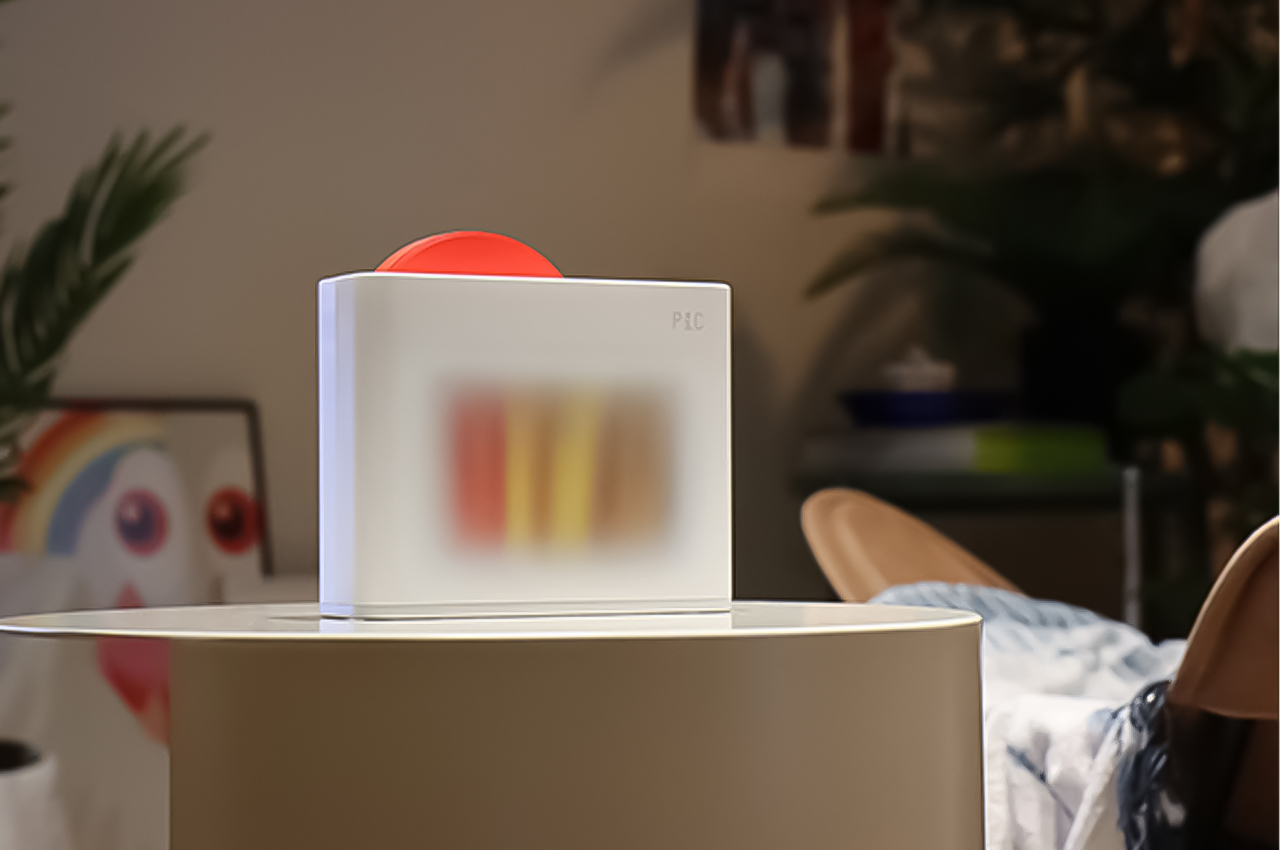 Moving onto the organization scheme developed by the team of designers, PIC first asks users to delete unwanted photographs. Using the round clicker, users can project their photo albums on any external projector to enlargen their photos and determine which photos they’d like to keep with ease. On both sides of the PIC remote, a circular icon represents keeping the photo in question, while a dashed line can be clicked when the user would like to delete a photo. 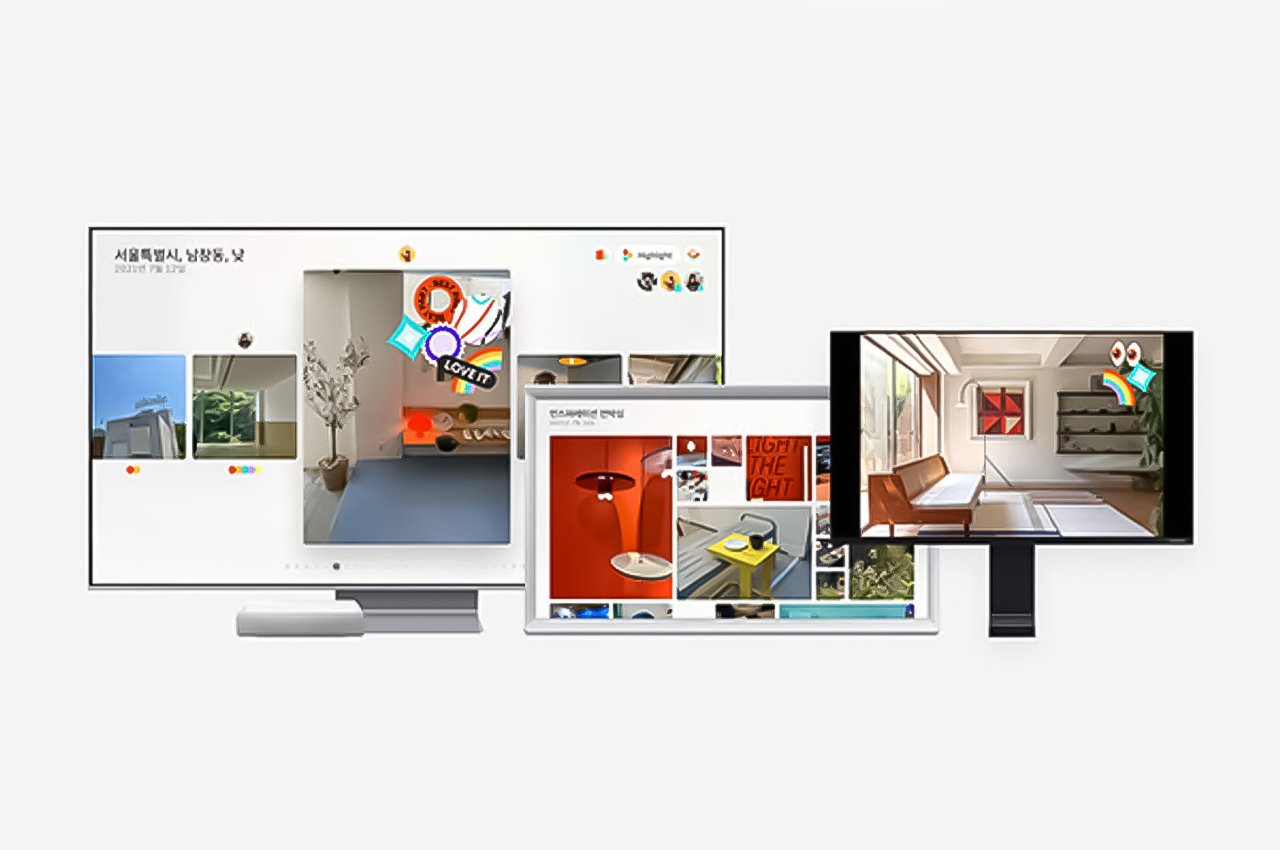 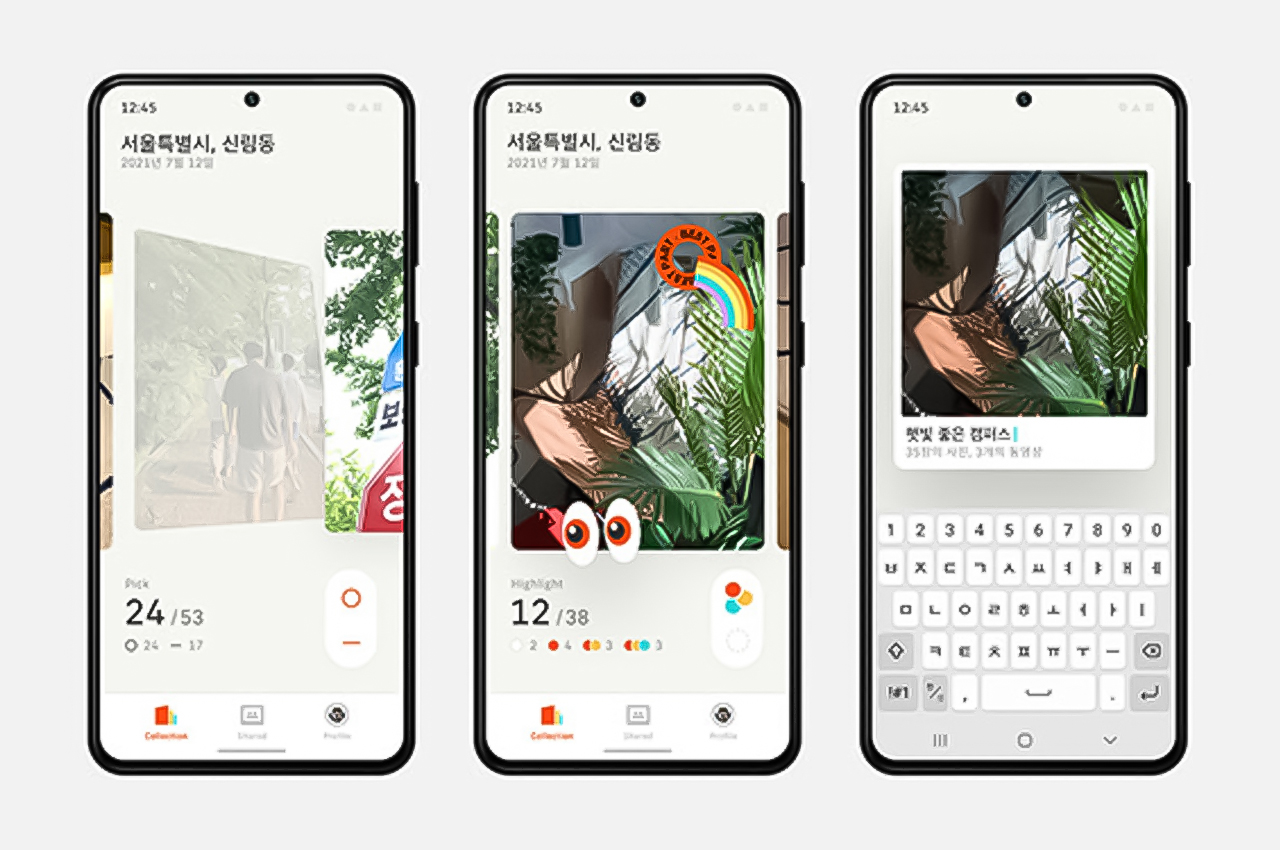 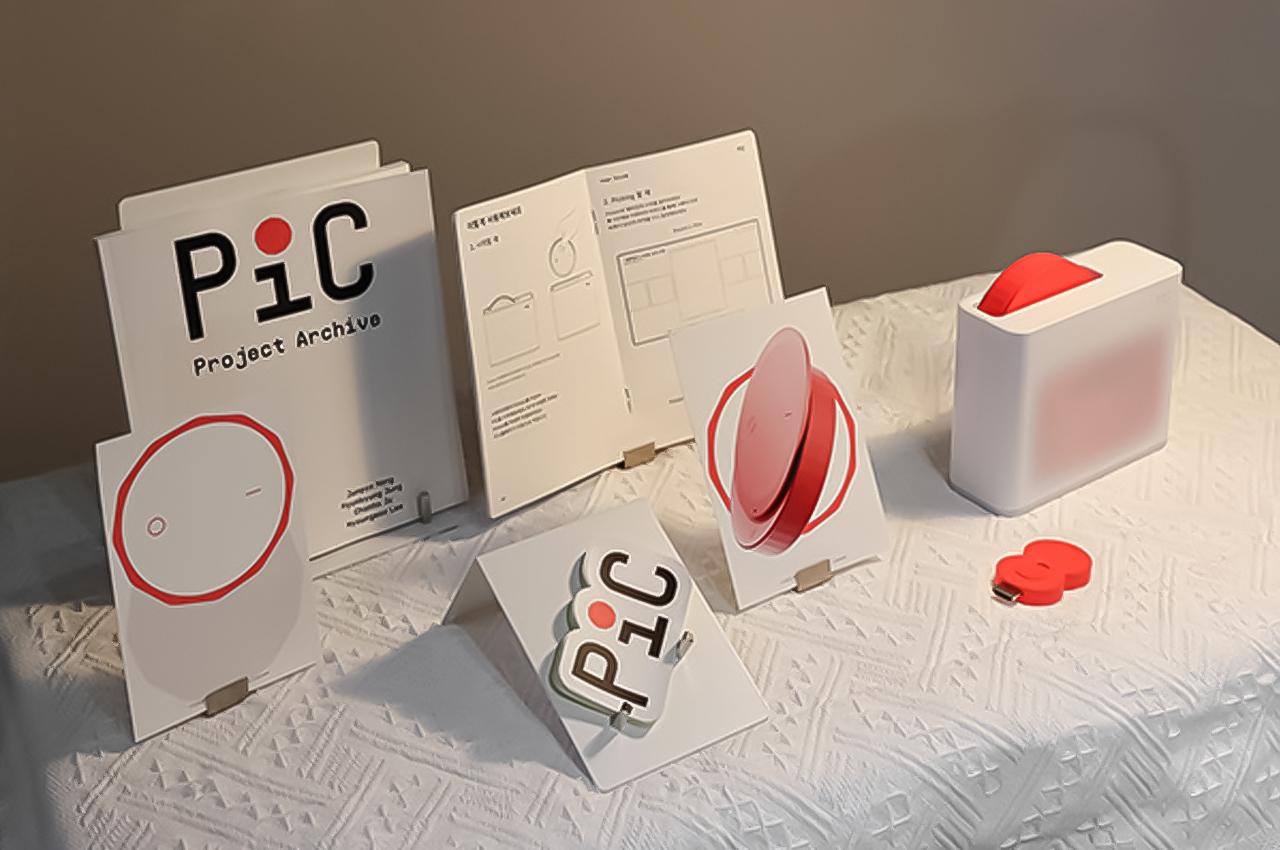 Finally, during the cover stage, users can choose a cover image for the photo album that’s most indicative of the memory formed by the photo album. Meaning, if one photo triggers your memory of other photographs taken in the same place or at the same time, then that photo will represent the entire album, leading you to all of the photos you decided to keep during the first organizational stage. 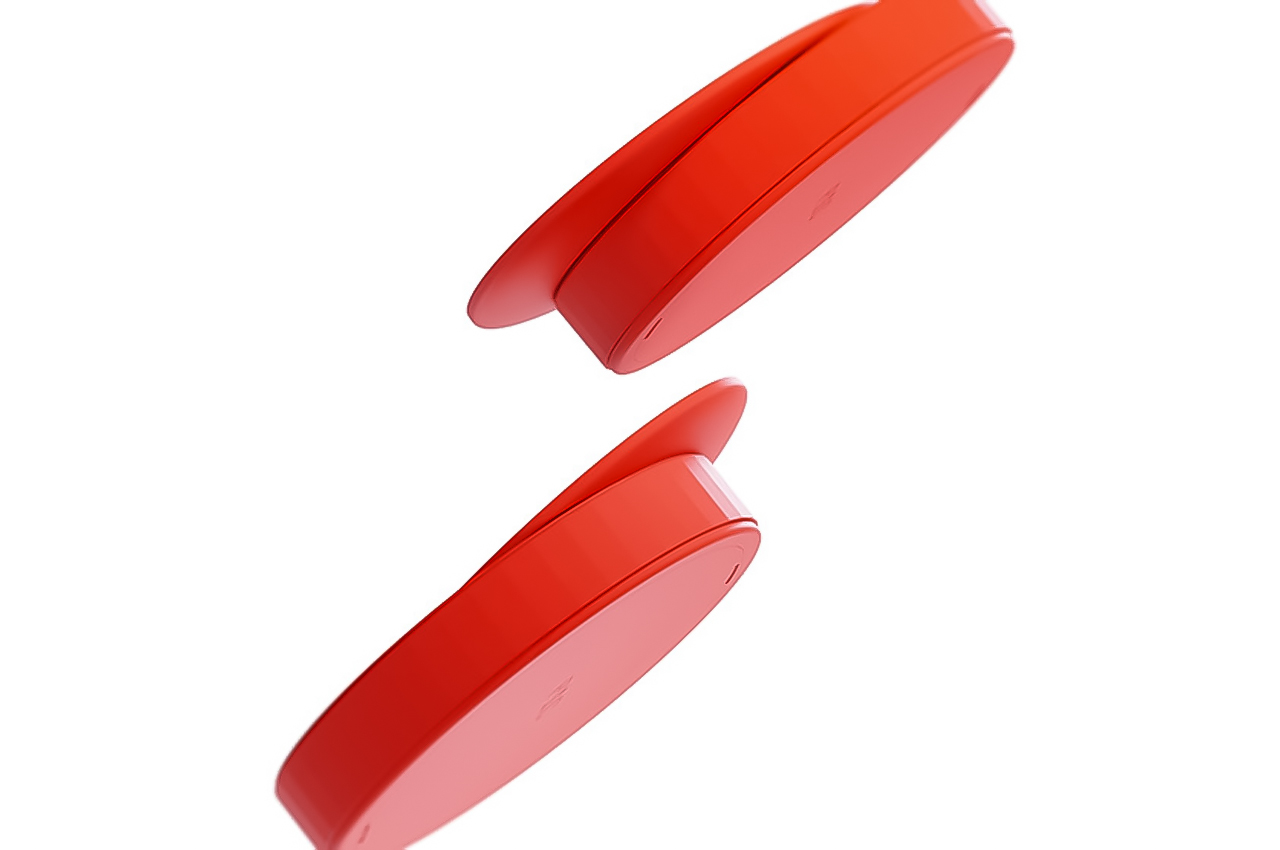 The remote clicker makes it easier than ever to sort through your photo albums.

Defined by a translucent case and minimalist design, PIC looks right at home in any modern living room. 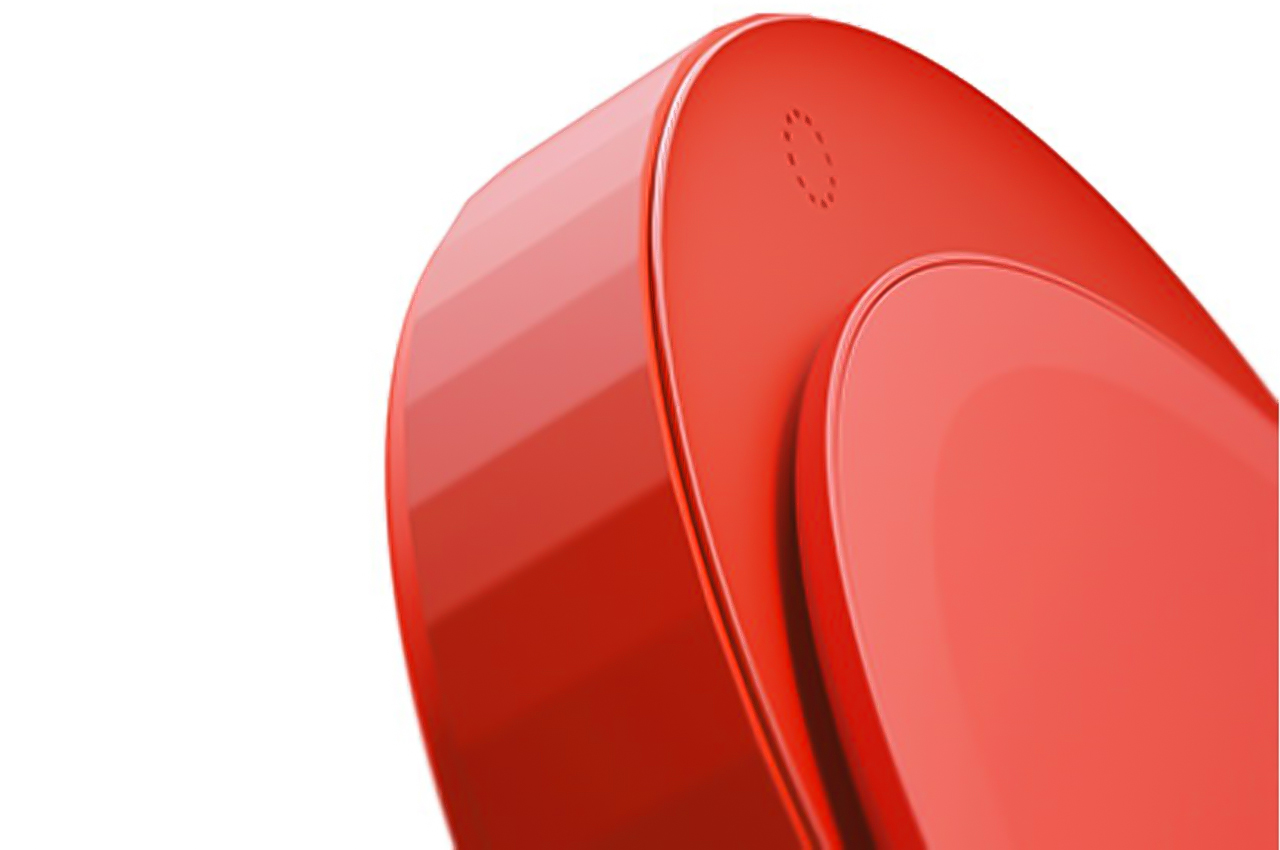 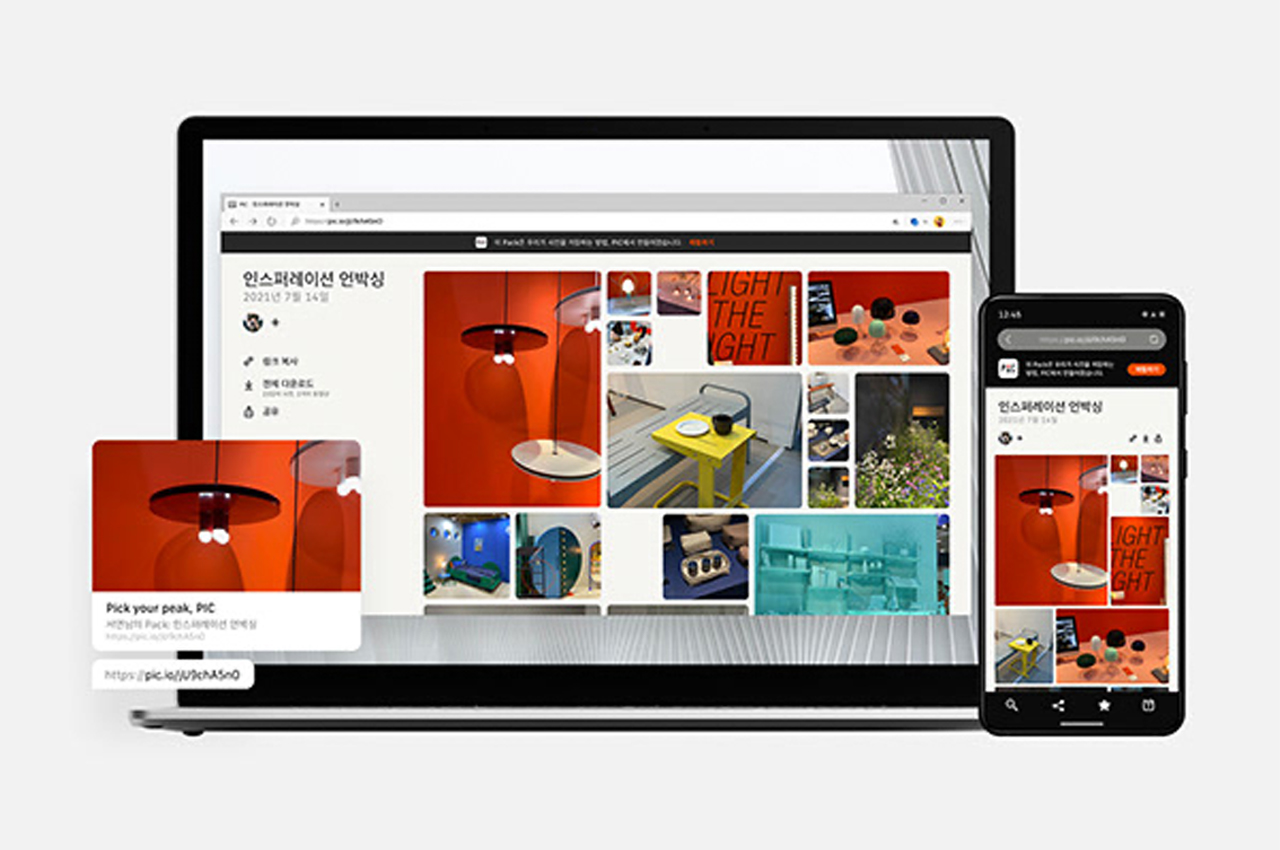 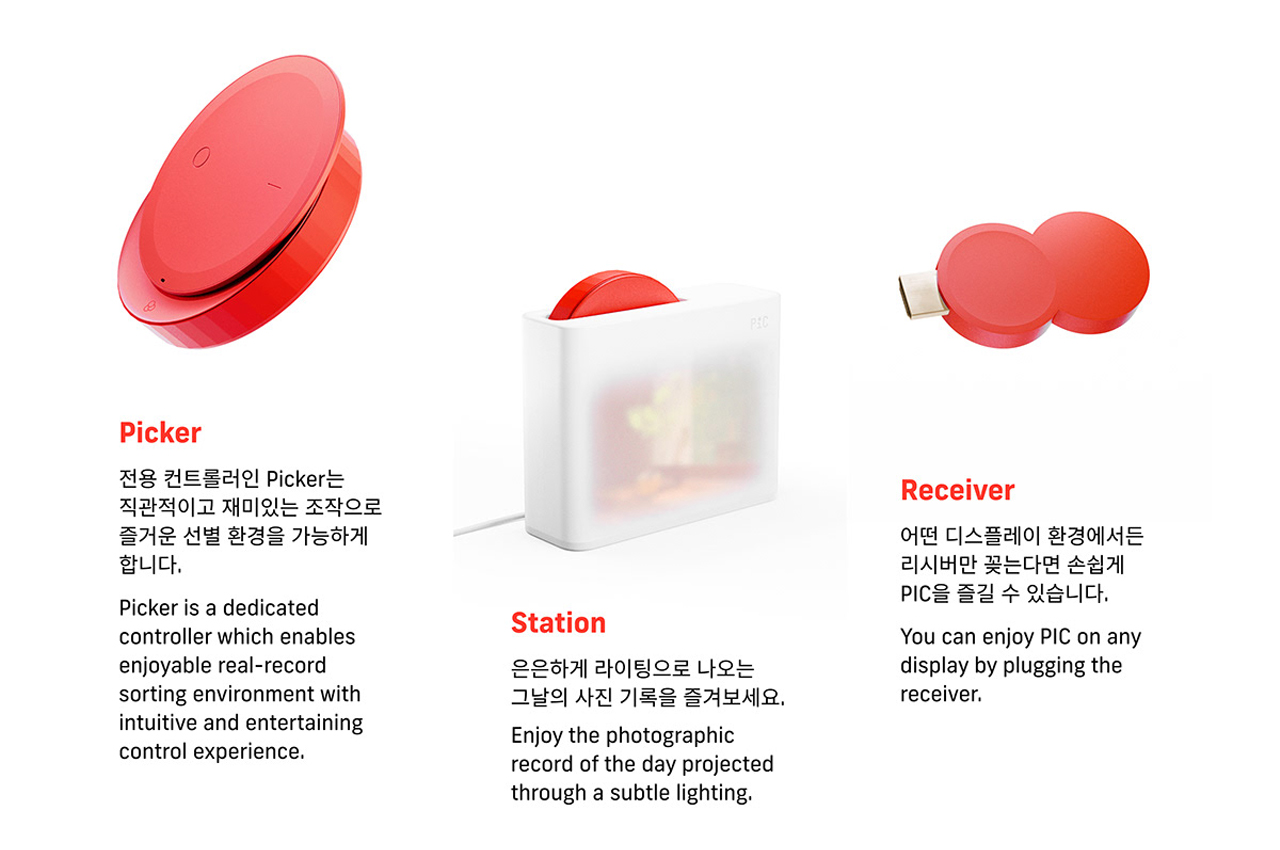 PIC is comprised of a remote clicker, projector, and USB port. 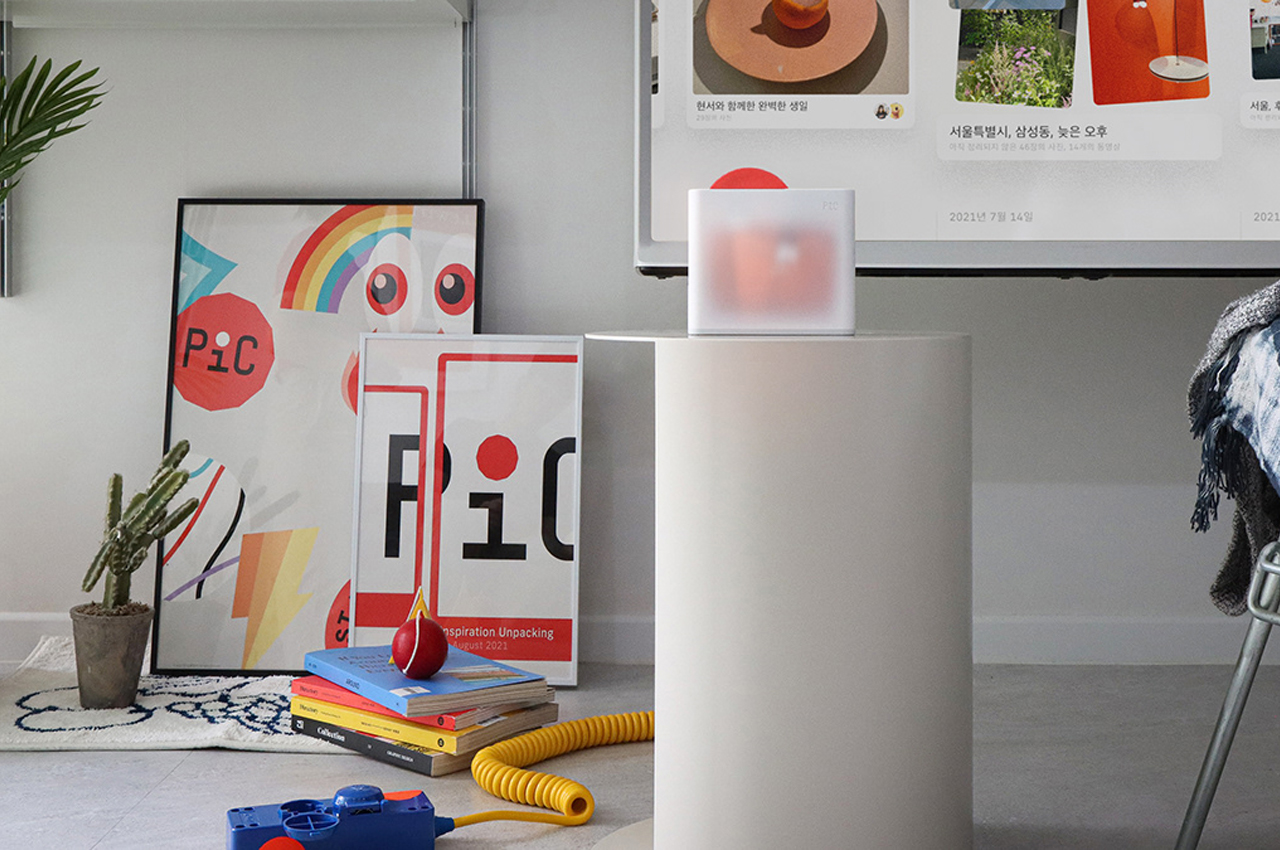 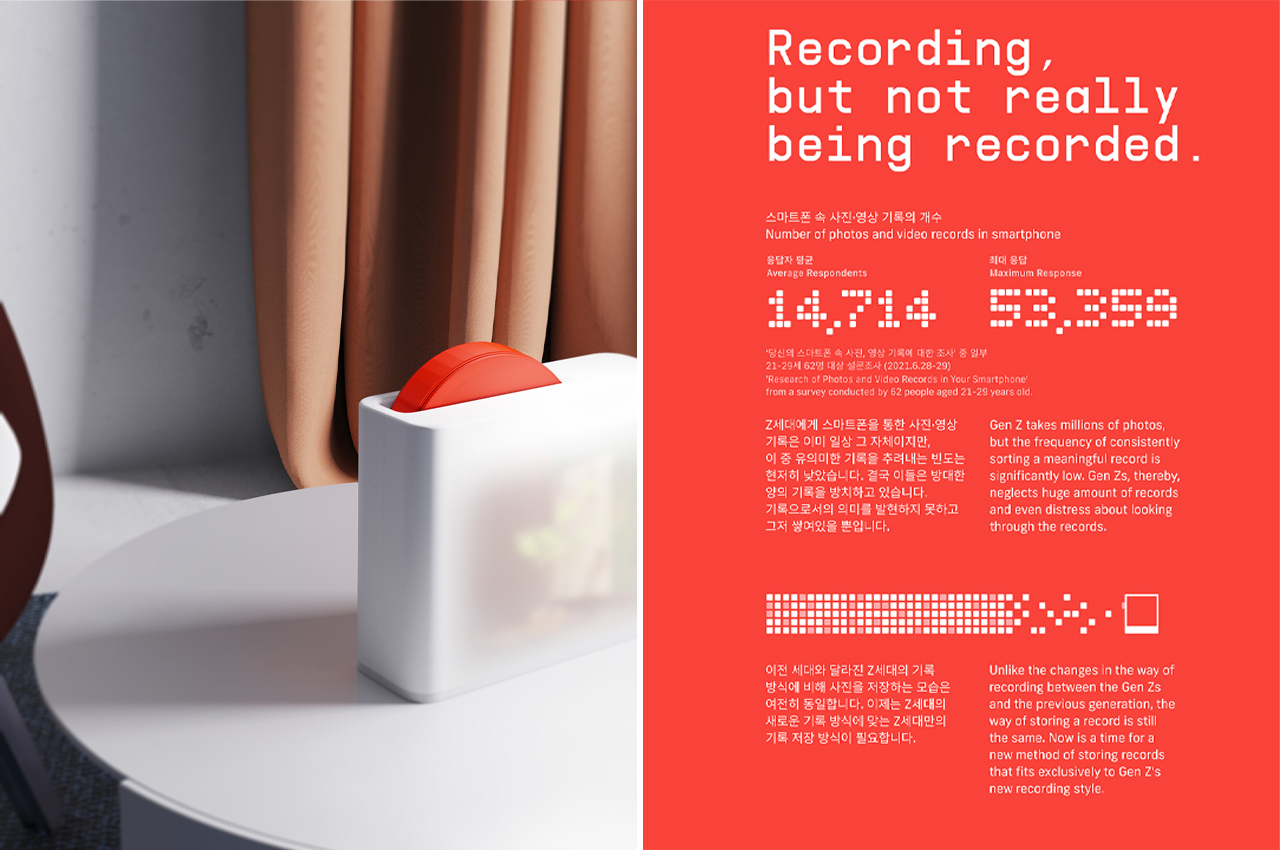 PIC takes users through a step-by-step process of organizing their photos. 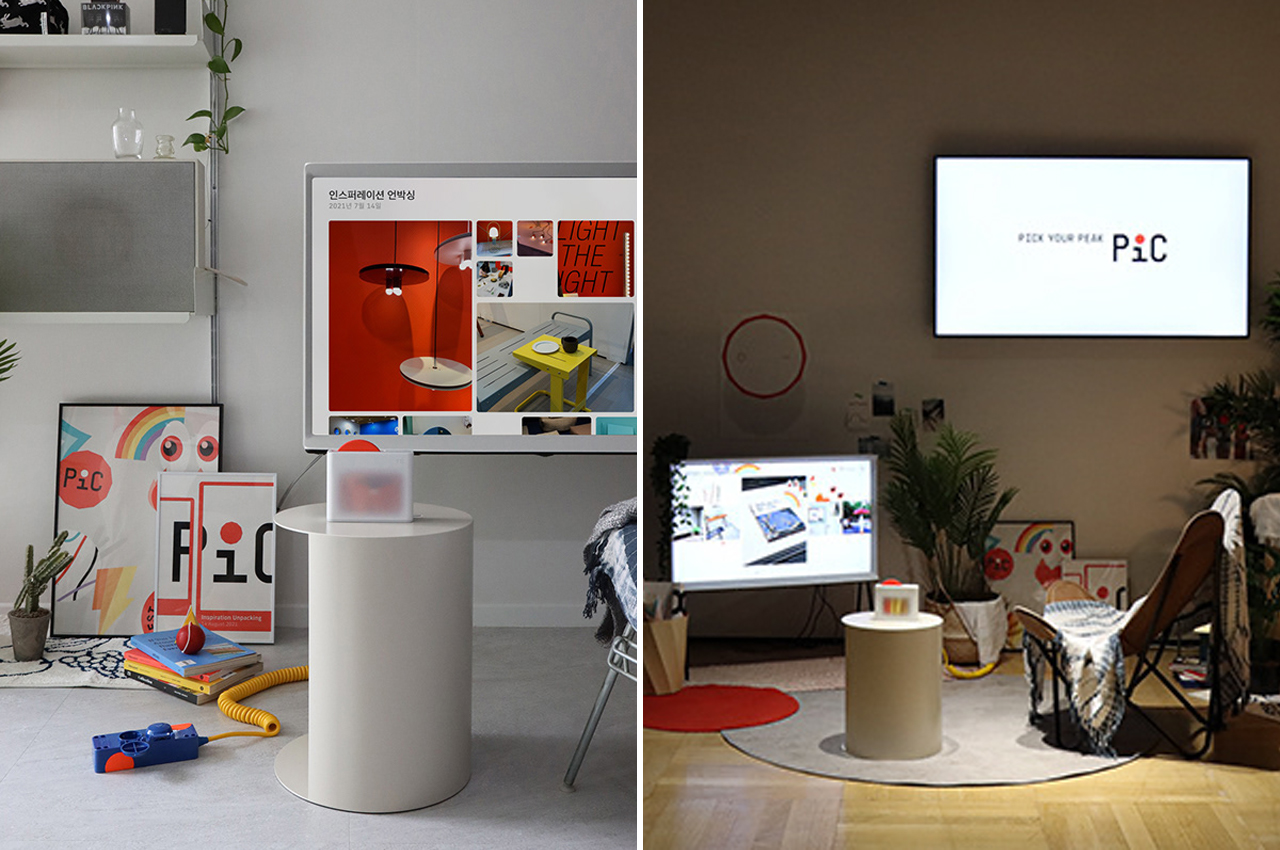 A built-in projector allows users to see their photos on the big screen. 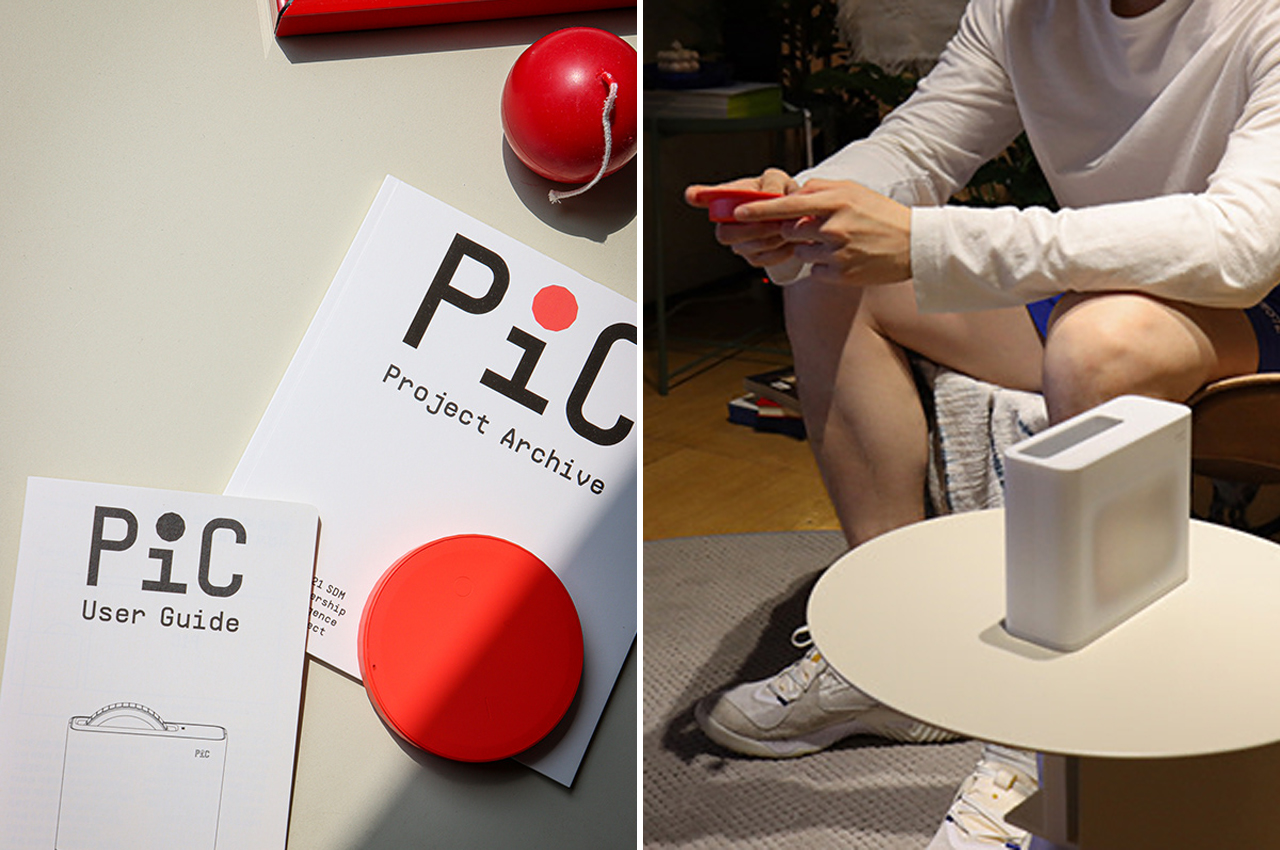 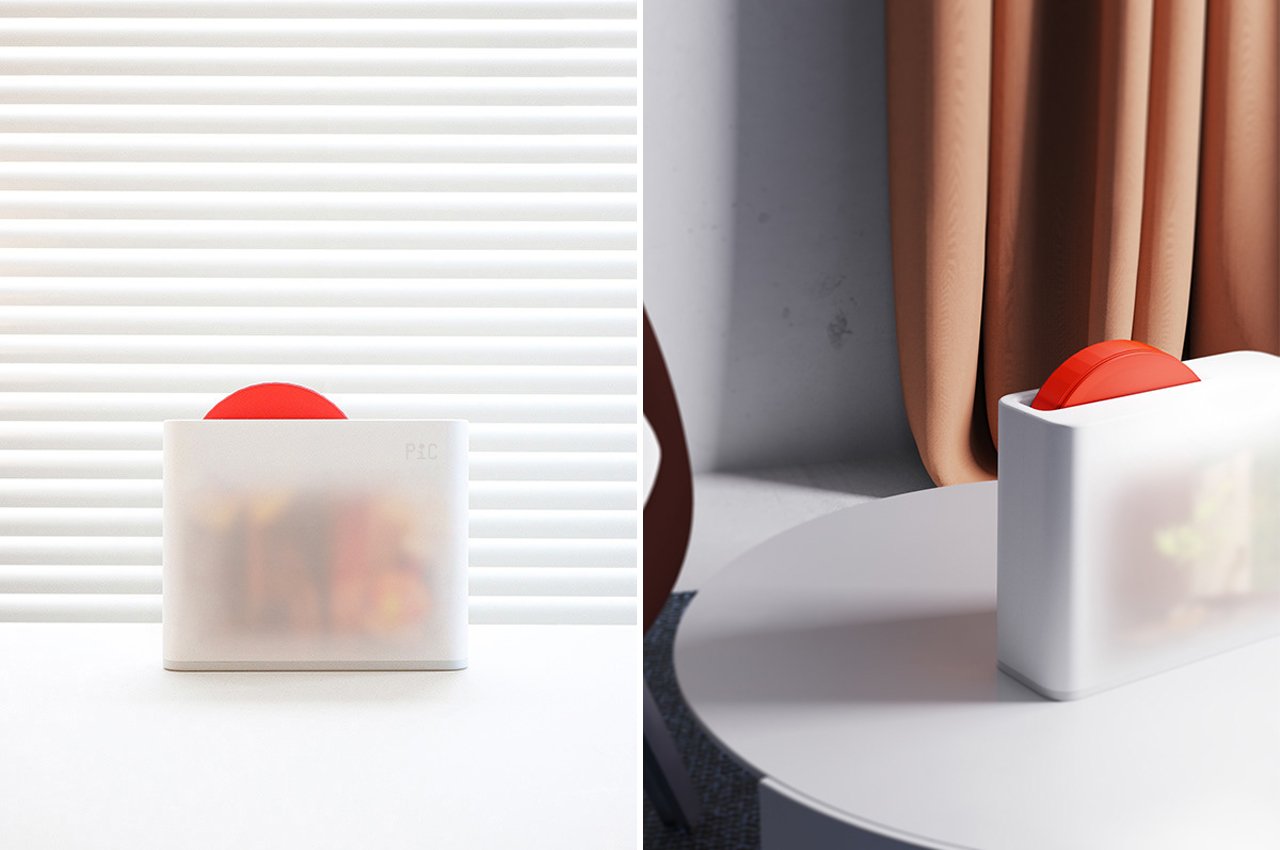 PIC takes on a similar build to old-school projectors.

For those suffering from diabetes, checking blood glucose levels up to 10 times a day can be daunting. The painful finger pricking can be especially…

The “8” Challenges the Modern Handheld Communication Device Community… or Does it?

With the Weird on the rise, is there any room for flip phones and extra-small touchscreens? Kyung-Ryul Lim + Miyeon Kim have designed the “8,”…

Life is often about asking the right questions. Our first impression of a designer is gathered from their portfolio. While their work may appeal to us,…