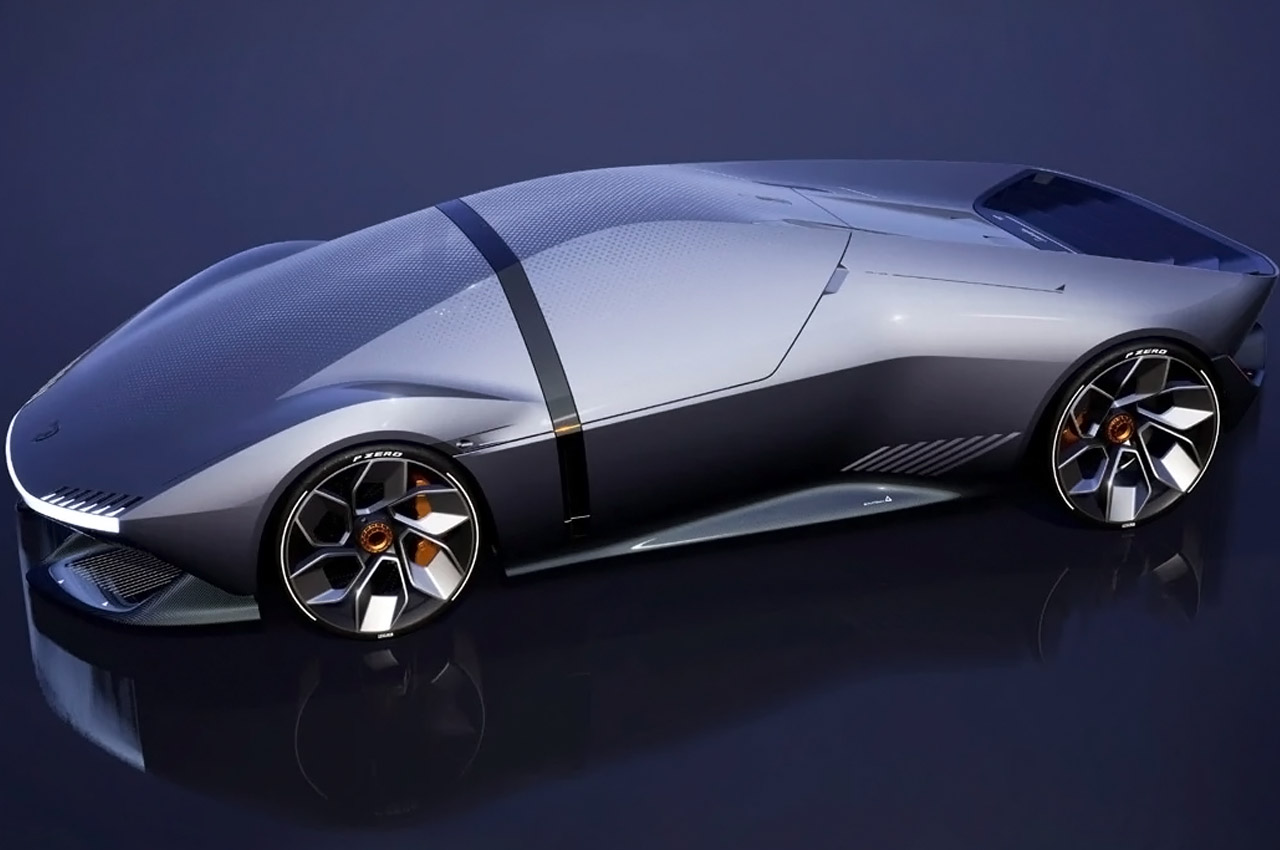 We’ve been seeing an influx of some cutthroat and drool-worthy automotive designs at Yanko Design. But a genre that really and truly piqued my interest was – sustainable and eco-friendly automotives! In a world, where the pandemic transformed our way of life and truly instilled the importance of living consciously and carefully within us, it’s time that we apply the same principles to Automotives. In fact, half of the world’s air pollution comes from passenger vehicles! Hence, we curated a collection of automotives that check all the boxes when it comes to being environment-friendly! Each automotive is innovative, bringing to us something we had never seen nor experienced before. Amped with killer speed, dashing good looks, impenetrable safety standards, and a non-threatening attitude to Mother Earth – every automotive we have featured has broken some design barrier for us, and hopefully, they will do the same for you as well. From a sustainable Lamborghini of the future to a DIY sustainable café racer-inspired e-bike – each of these designs is mercilessly pushing the boundaries of the automotive industry while managing to be a boon to the environment! 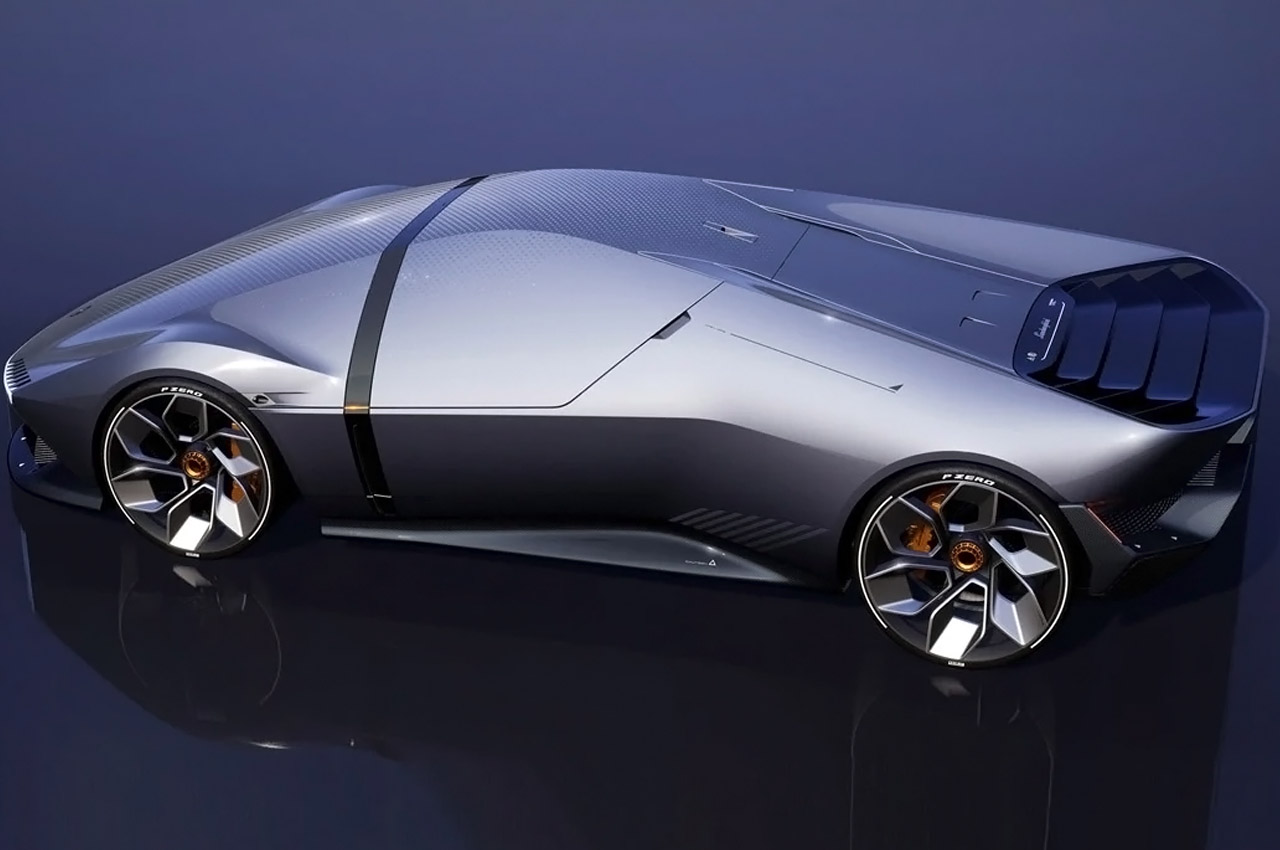 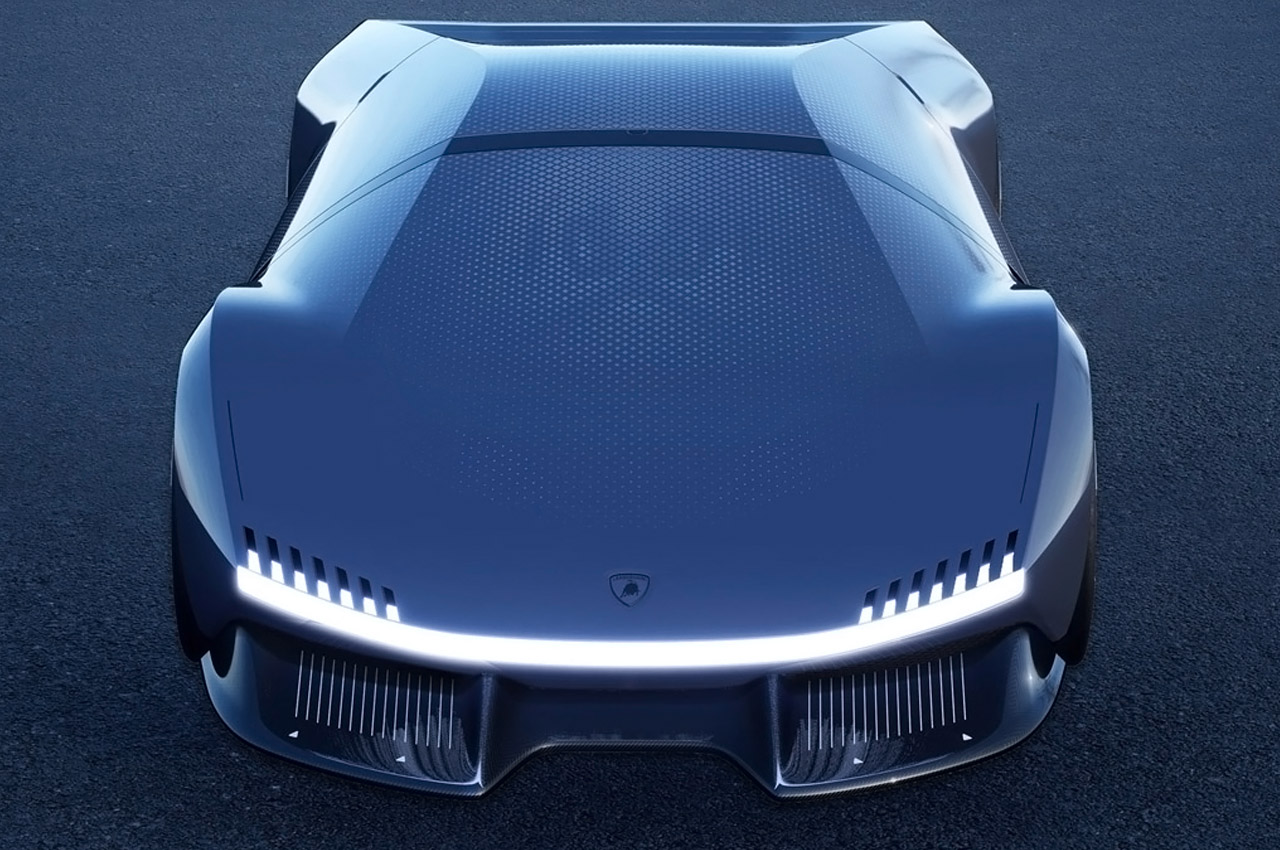 This sports car will be a fully electric vehicle with the battery pack right in the middle of the chassis under the interior cabin, and to keep the overall weight down a carbon fiber frame is used. On the inside, this electric Lamborghini gets the single-seater configuration – just like the ones on the fighter jet planes or racing prototypes. The steering on this concept gets a futuristic vibe with its dynamic shape, and the HUD is integrated right behind it. The paddle shifters look so inviting – I virtually want to try them out. To charge up the powerful ride, all one has to do is plug in the charging hose into the retracting portal located at this Lamborghini concept’s front left-hand side – just behind the front wheel. Like some other concepts or even prototype vehicles having an all-glass windshield that runs to the rear, this one has a body-colored perforated film. How that’s going to affect the visibility is anybody’s guess. 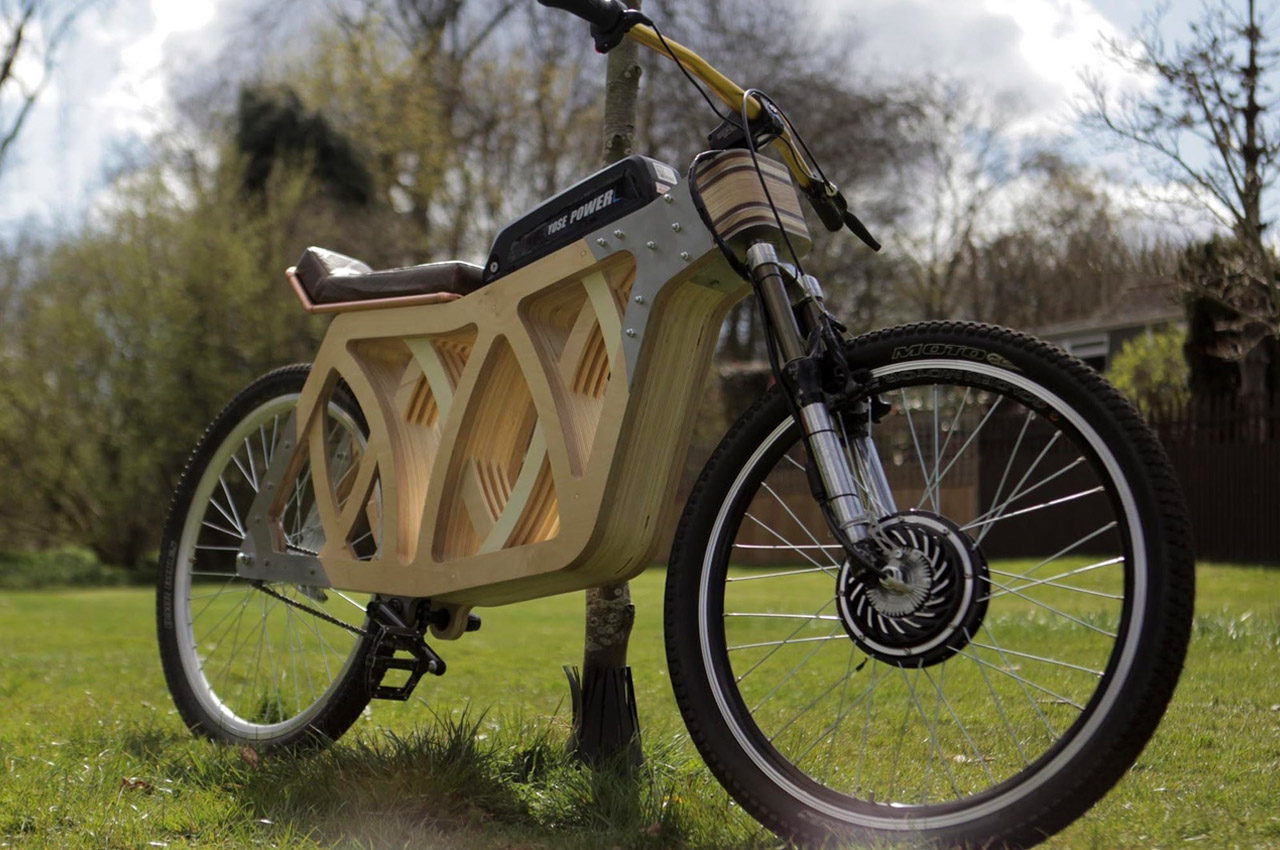 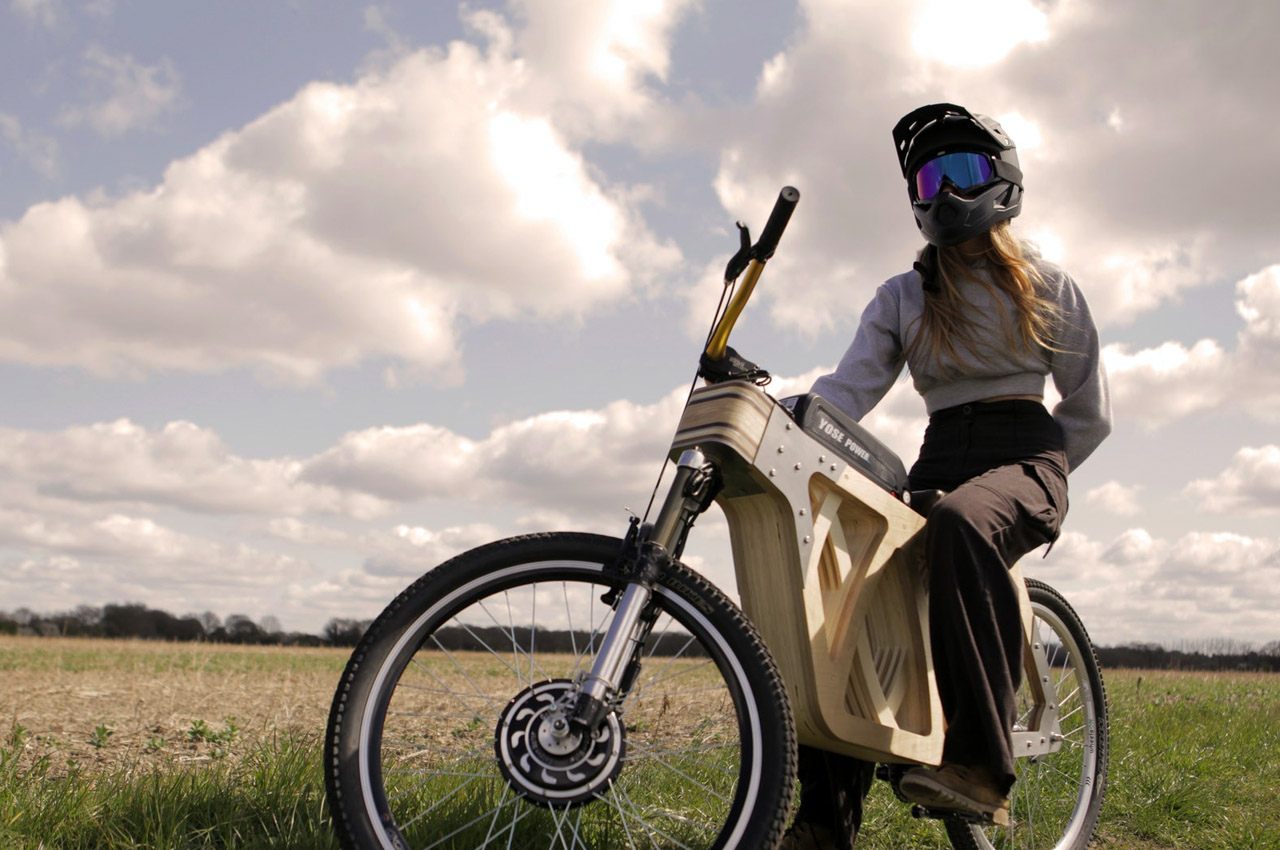 Inspired by the iconic café racers and scrambler motorcycles of the cycle, paired up with her own desire to own an e-bike, professional model maker and woodworker Evie Bee designed Electraply. Electraply is a wooden e-bike that was created out of Evie’s passion for sustainable design and an urge to combine modern manufacturing methods with traditional construction techniques. She implemented these ideologies throughout the entire design and construction process. And it really comes through in the final product! A vintage motorcycle aesthetic and sustainable design met to give birth to Electraply, which as its name implies, is made primarily from plywood. Layers of sustainably sourced poplar ply and birch ply were used to build the bike. 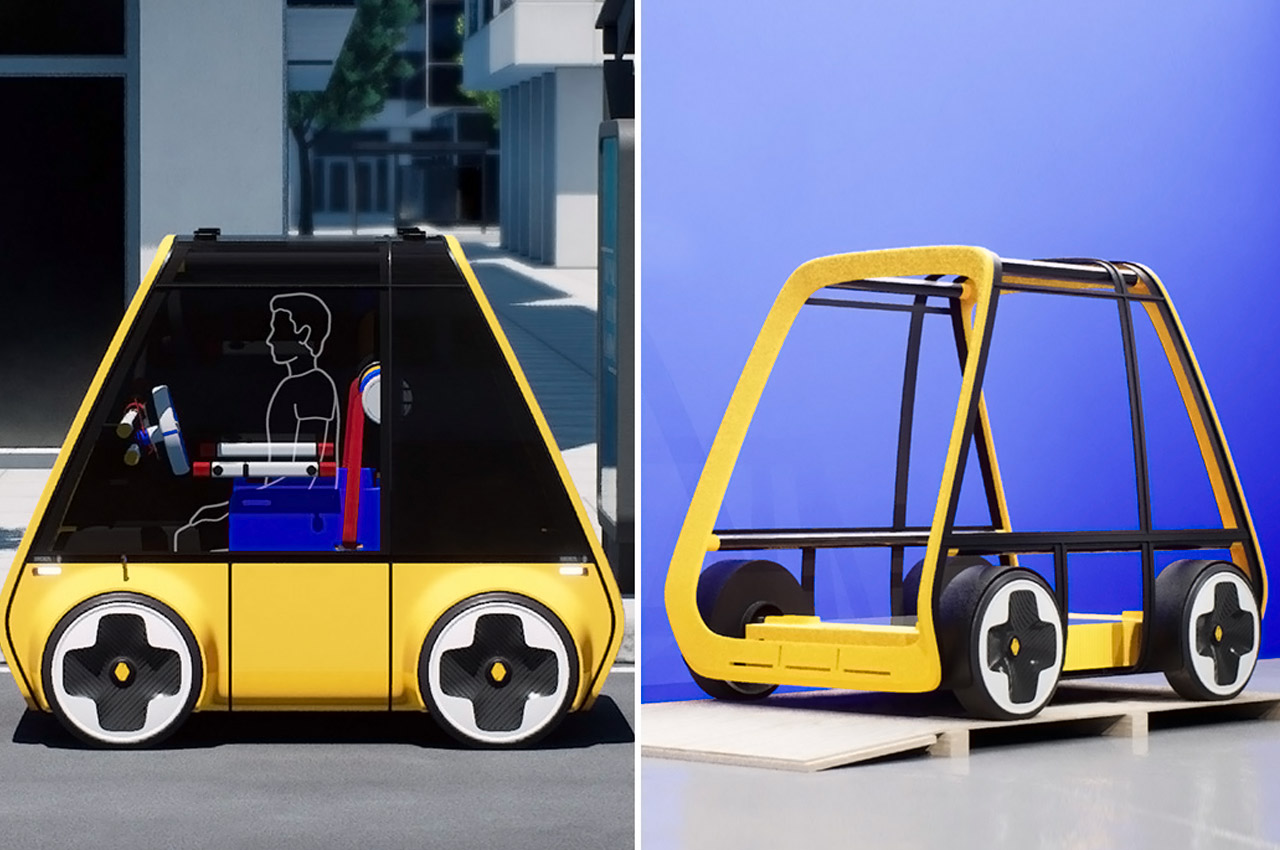 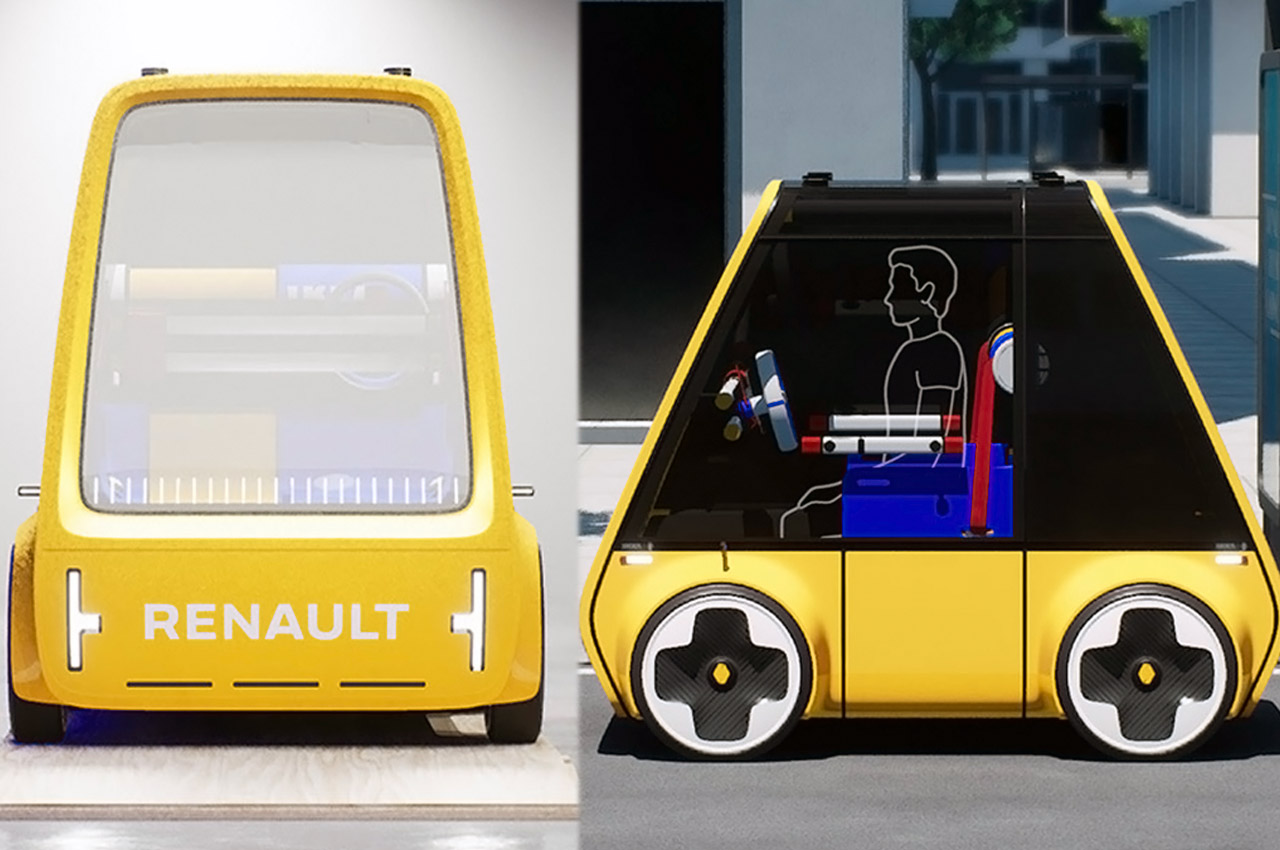 While this vehicle looks pint-sized, its efficient design makes optimum use of every inch out there. The car ships right out of reusable crates to cut on transportation costs, and once it reaches the destination, the containers are reused to ship back broken furniture. Just like IKEA, Höga can be assembled by one person in few hours thanks to its simple LEGO-like attachable frame elements in a perfectly symmetrical design. There are 374 total parts and 114 individual parts (sounds like a lot, but this is a car we are talking about!), which can be put together piece by piece to create the Höga. The skateboard platform of the vehicle houses the four individually moving wheels, which can move in any direction for maneuvering in tight spaces. Höga’s A-frame design comes with roll cage bars and body panel gaps to prioritize the safety of a vehicle so small in size. 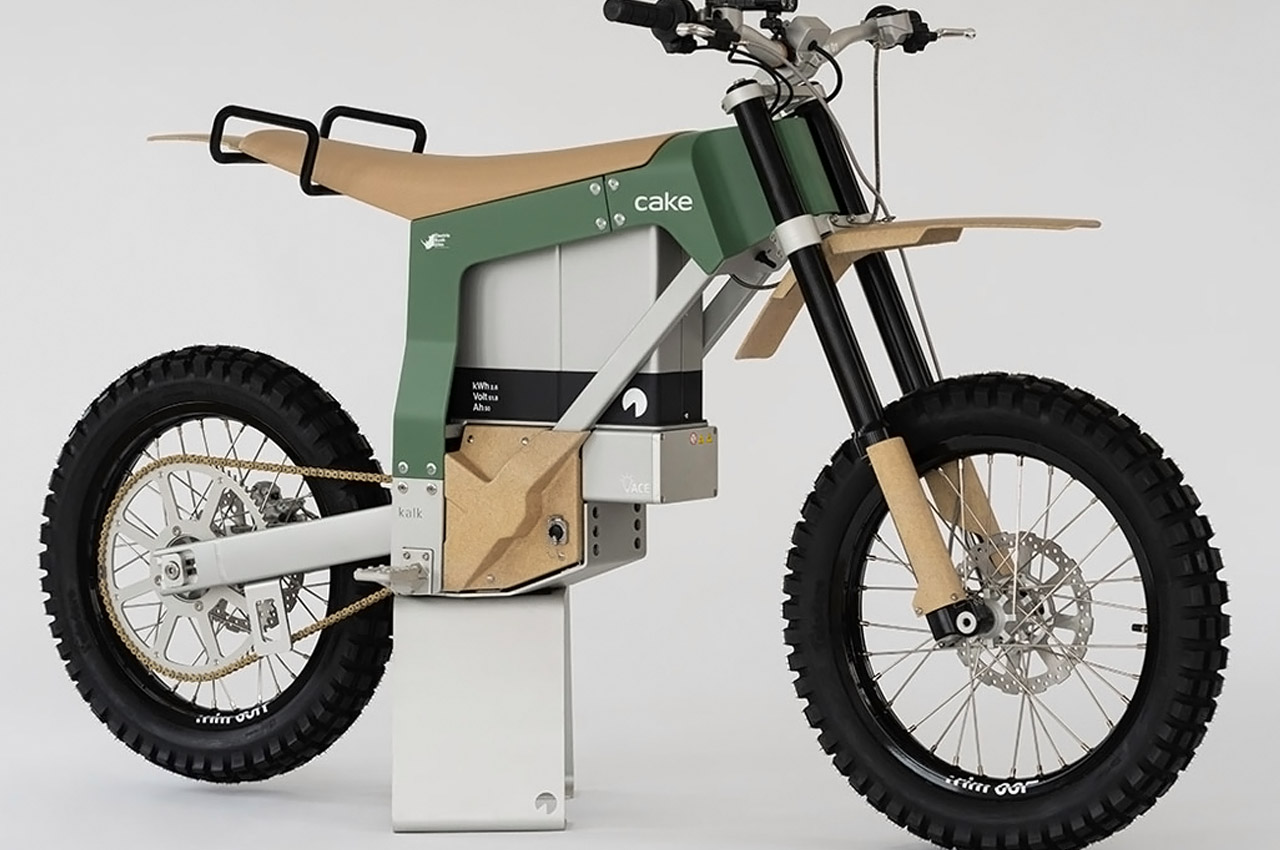 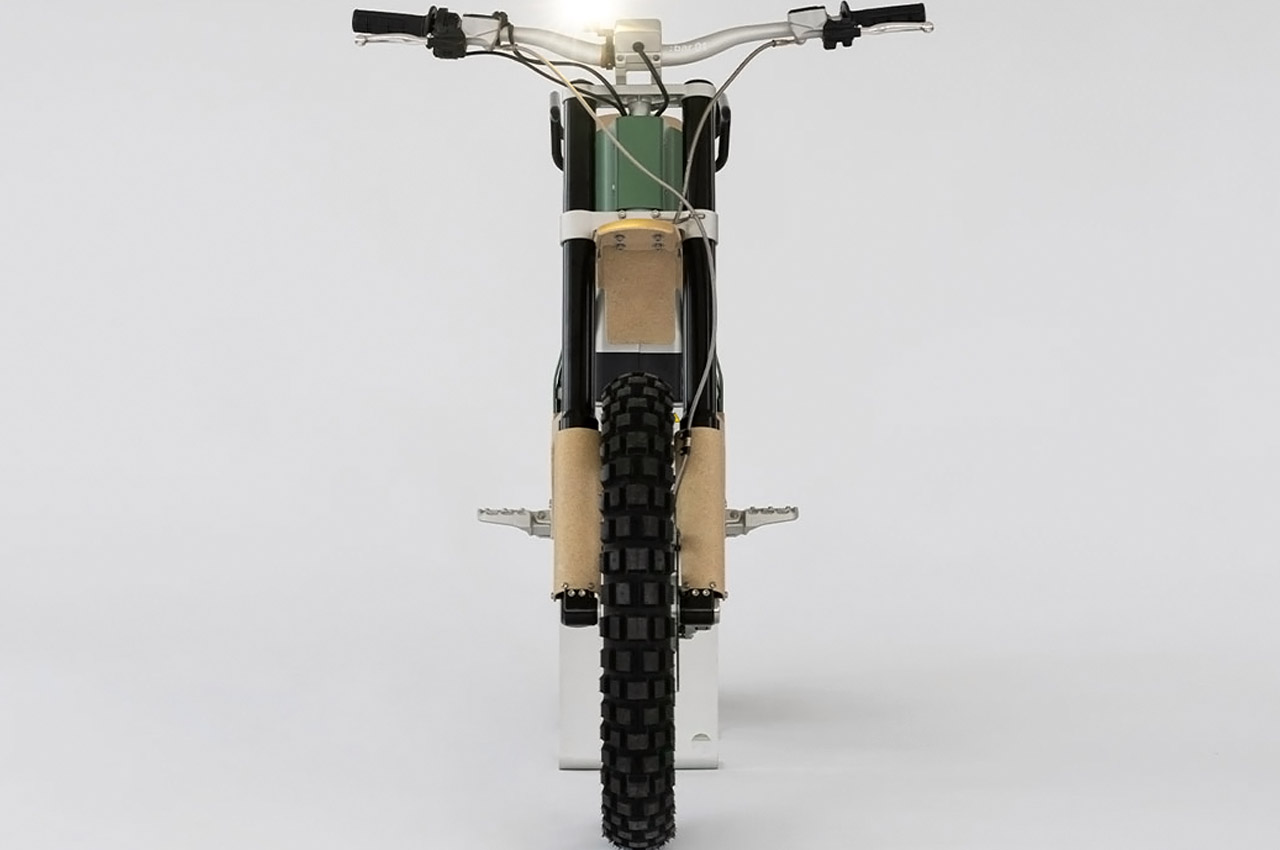 CAKE has been on a quest to develop sustainable electric bikes with its first custom-built electric off-road motorbike introduced in 2018. Then the Swedish marque again surprised motorheads with the funky modular bike dubbed Ösa which could be personalized depending on the specific needs. Now CAKE wants to protect the African wildlife from the impending threat of poachers. They call this new version the Kalk AP (for anti-poaching), and it’s solar-powered for good measure. The clean energy-powered drivetrain means less noise which in turn means minimal disturbance for the native wild animals in their habitat, and also a means not to alert the poachers on the prowl. The bike doesn’t need to be hooked to the electrical grid for a charge, adding to its versatility in operation sans any time delays. This two-wheeler is based on the original Kalk bike that created quite a buzz when CAKE burst into the scene. The African terrain is quite harsh for vehicle components, hence, the Kalk AP bike has been modified to deal with extreme temperatures, and the mechanical parts and electrical components are sealed to ward off dust damage. 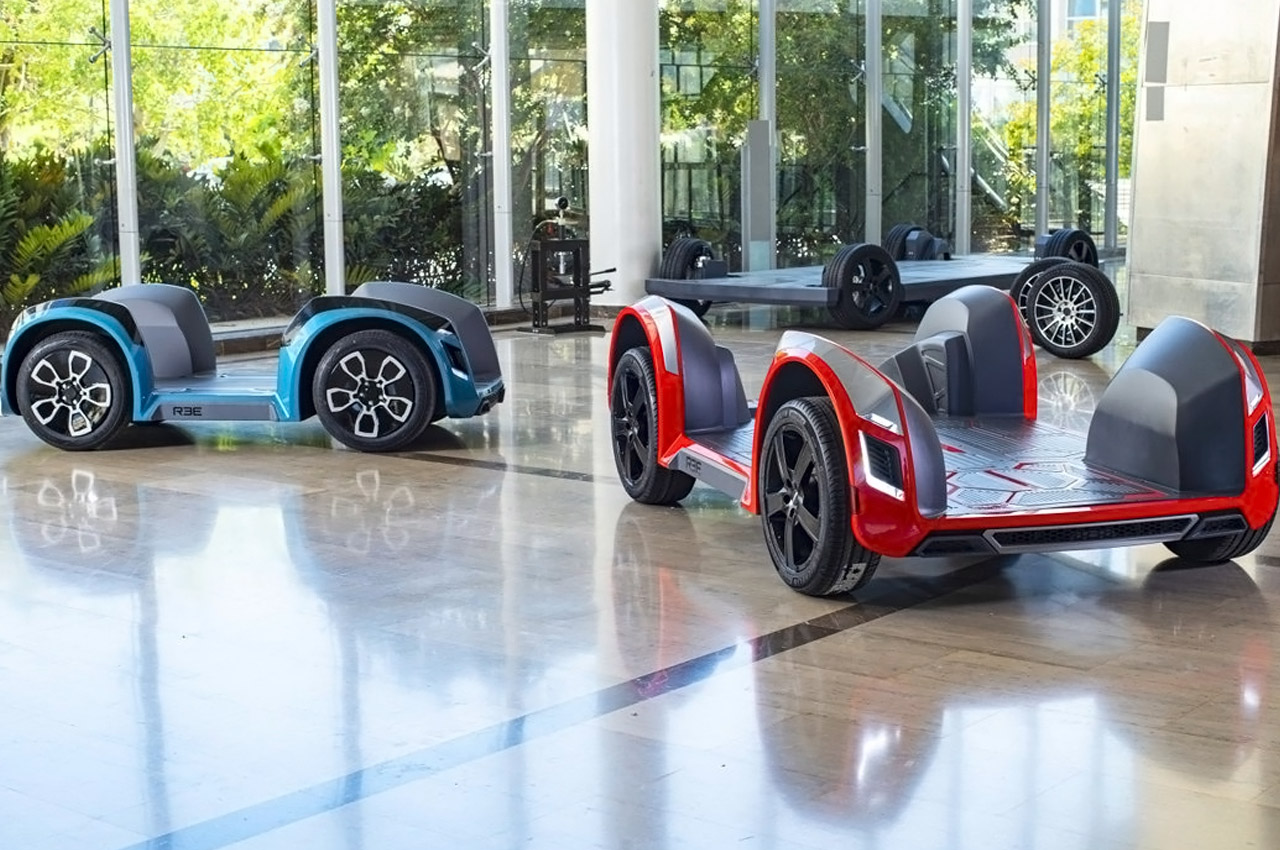 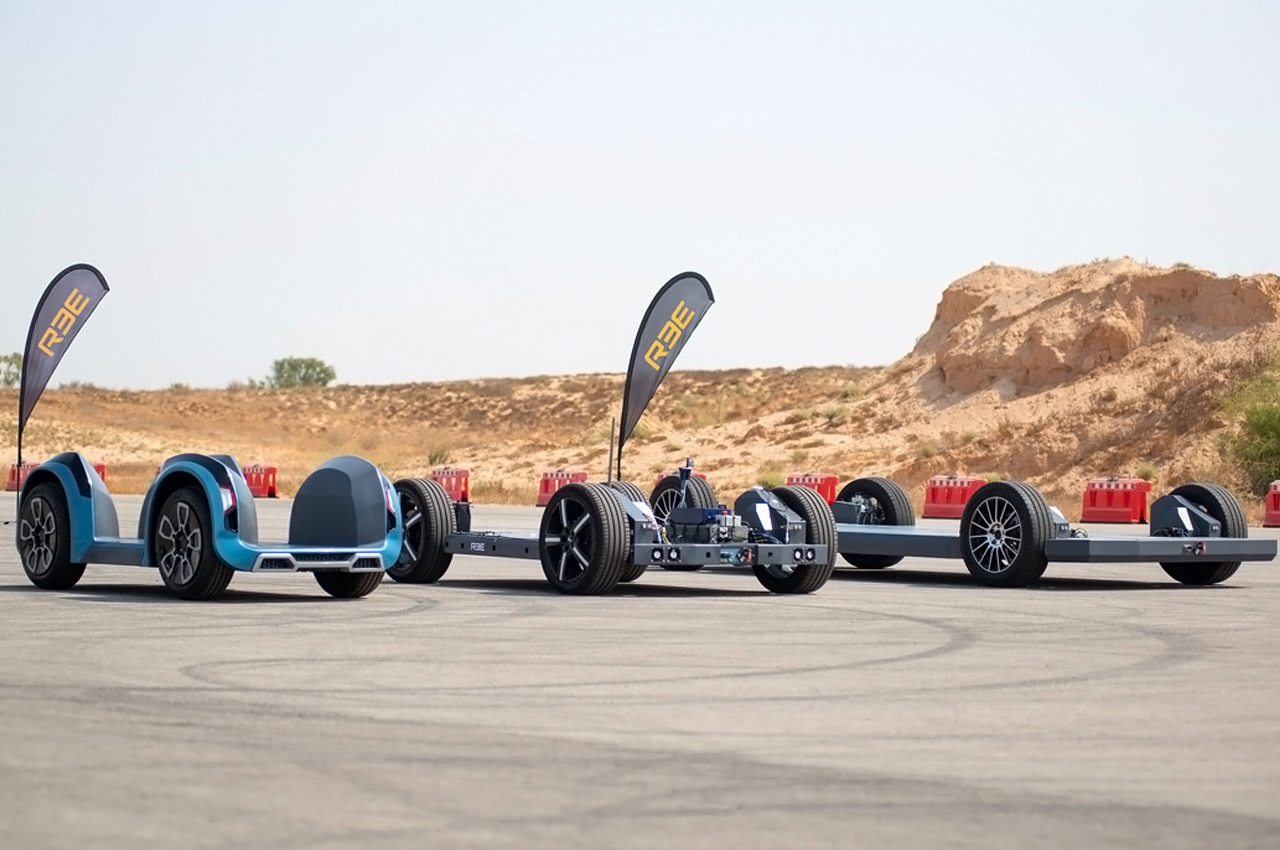 The visionary minds at the core of REE have developed a flexible platform that acts as a base for placing any vehicle body design on top. The highly advanced chassis is more than just a base with the X-by-Wire technology doing everything from steering, braking, and even driving. The modular platform also integrates the drivetrain, powertrain, suspension, and steering components into the arch of the wheel – making it a good option for automotive manufacturers. This opens up avenues for easy manufacturing of sports cars, off-roaders, delivery pods, lorries, and any configuration of vehicle you can think of. These components can be tweaked easily for any type of driving setup – a robust chassis for a 4WD with good suspension and loads of torque or maybe a two-wheel-drive warehouse bot with normal suspension and four-wheel steering. 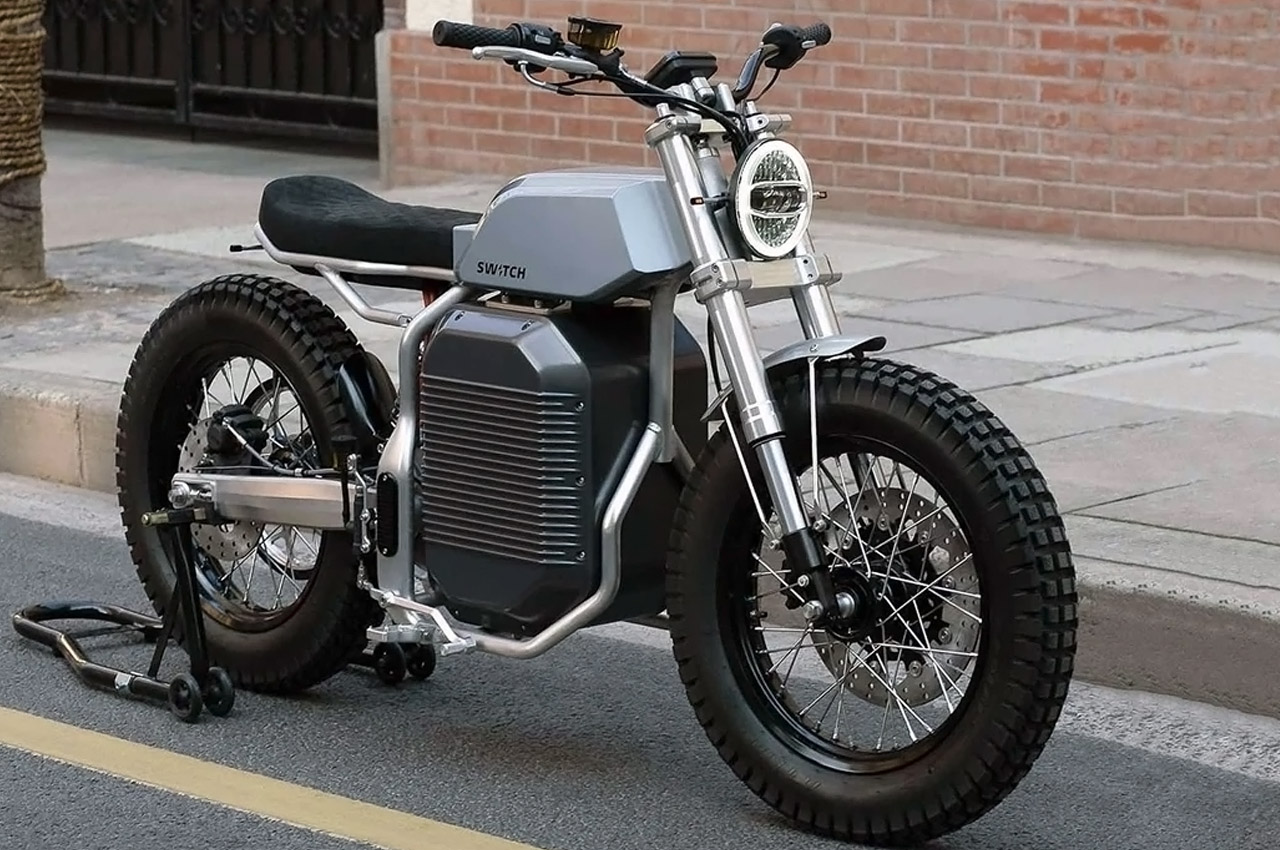 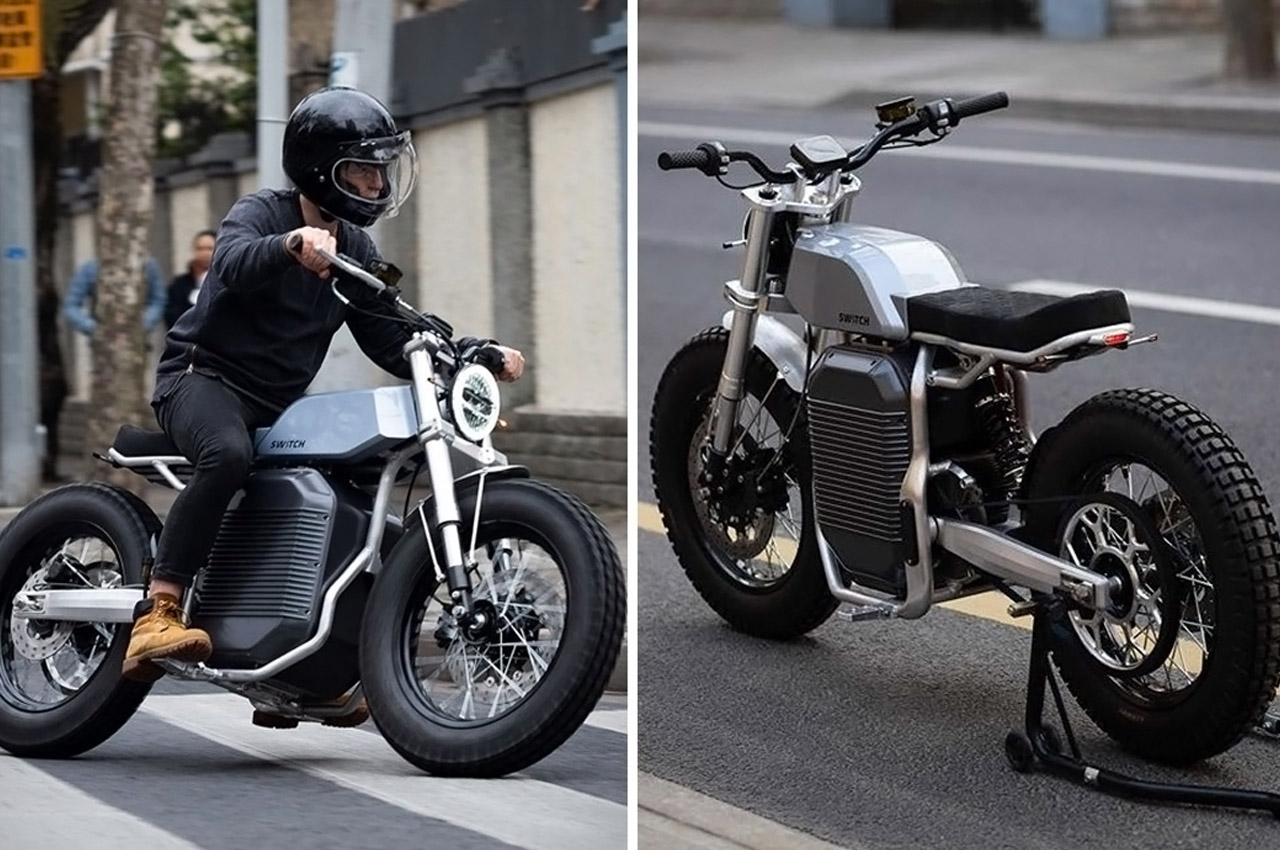 Switch Motorcycles is a new electric bike company and they have just unveiled the eScrambler which is their very first product and we have to say, it’s quite impressive! To share some context, we expect nothing short of this from custom motorcycle veteran Matthew Waddick who teamed up with designer Michel Riis (former Yamaha Japan Advanced Labs Industrial Designer and past Danish Flat Track champion!) The first thing you’ll notice is that it has a sturdy, angular build, almost like the flat trackers and classic bikes of the ’70s or even the Tesla Cybertruck, making it stand apart from the usual slimmer electric bikes. To complete its big-guy aesthetic, it has 18-inch wheels wrapped in chunky tires, KTM forks, and a central mono-shock. Being a vehicle in 2020, it has all the tech you’d want in a bike – a digital display, cruise control, a battery level indicator, integrated GPS tracking, three power modes, and in-built Wi-Fi which truly sets it apart. 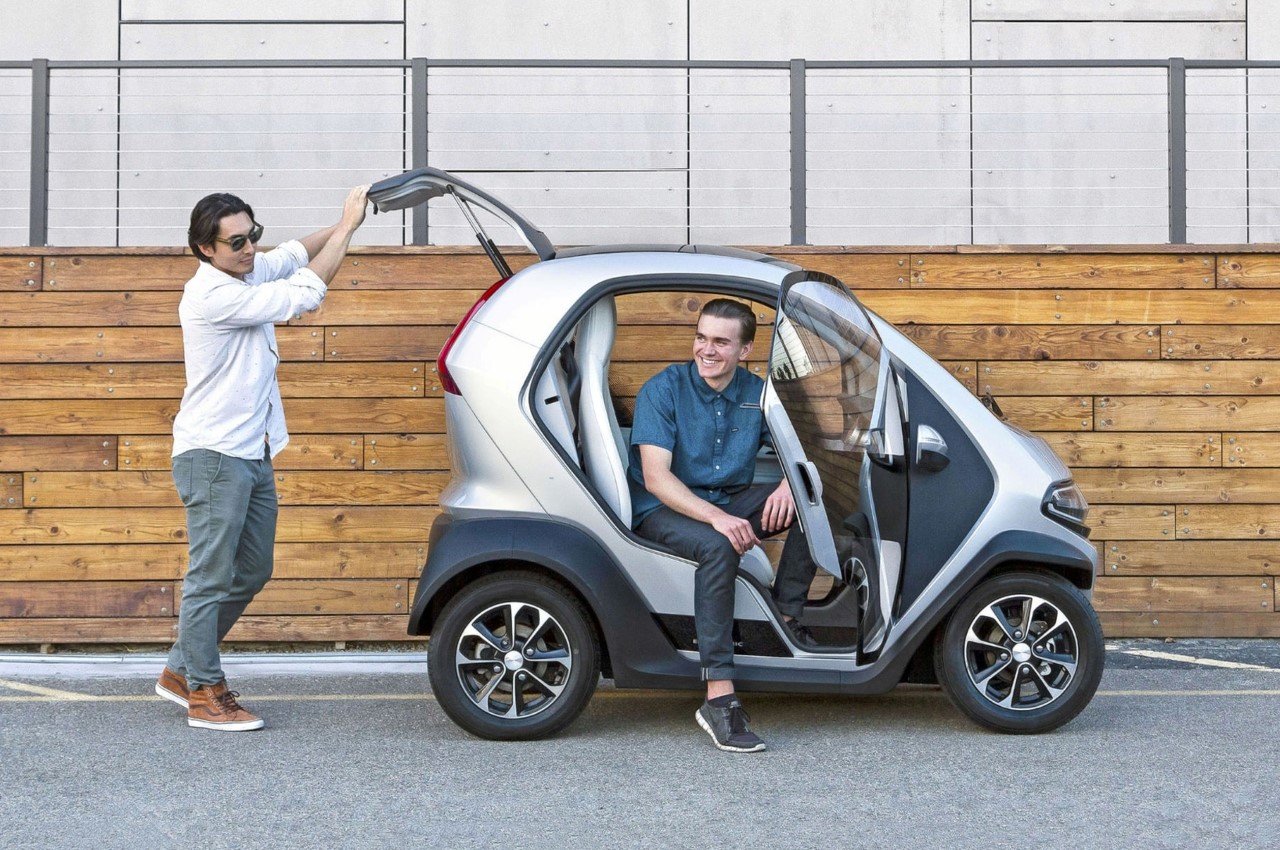 Eli reimagines the personal vehicles of the future by creating compact, efficient, clean, and affordable micro-EVs. The first is Eli’s line of automobiles, the Eli ZERO is half the cost, half the size, and 3–10 times more energy-efficient than conventional compact cars. In fact, its makers even go so far as to call it the “iPad of Cars”, comparing cars to laptops, while positioning the Eli ZERO as something that’s just as advanced and capable, in a ridiculously compact form factor! “It communicates a new vision of mobility and urban lifestyle that is friendlier, more engaging, less intrusive, and more sustainable”, say the designers at the LA-based Eli Electric Vehicles. 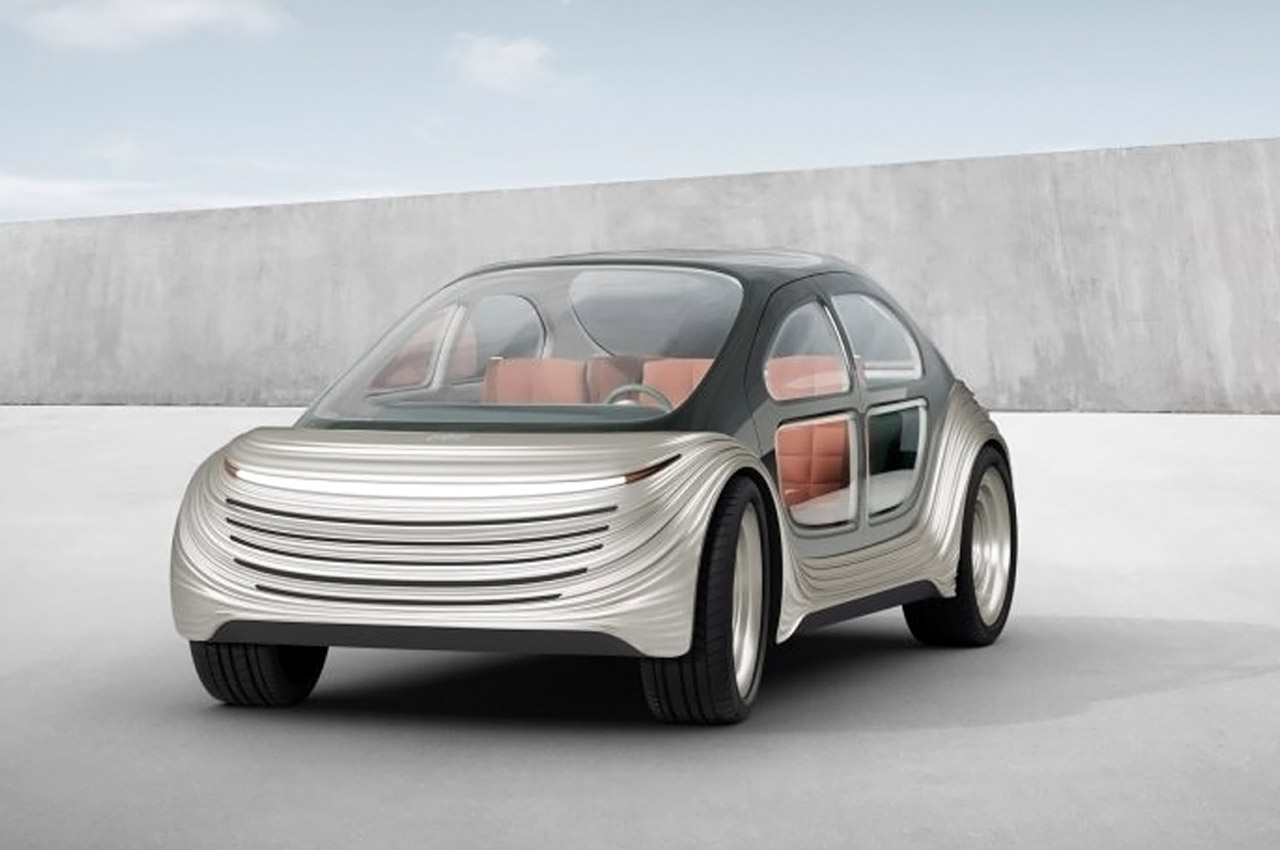 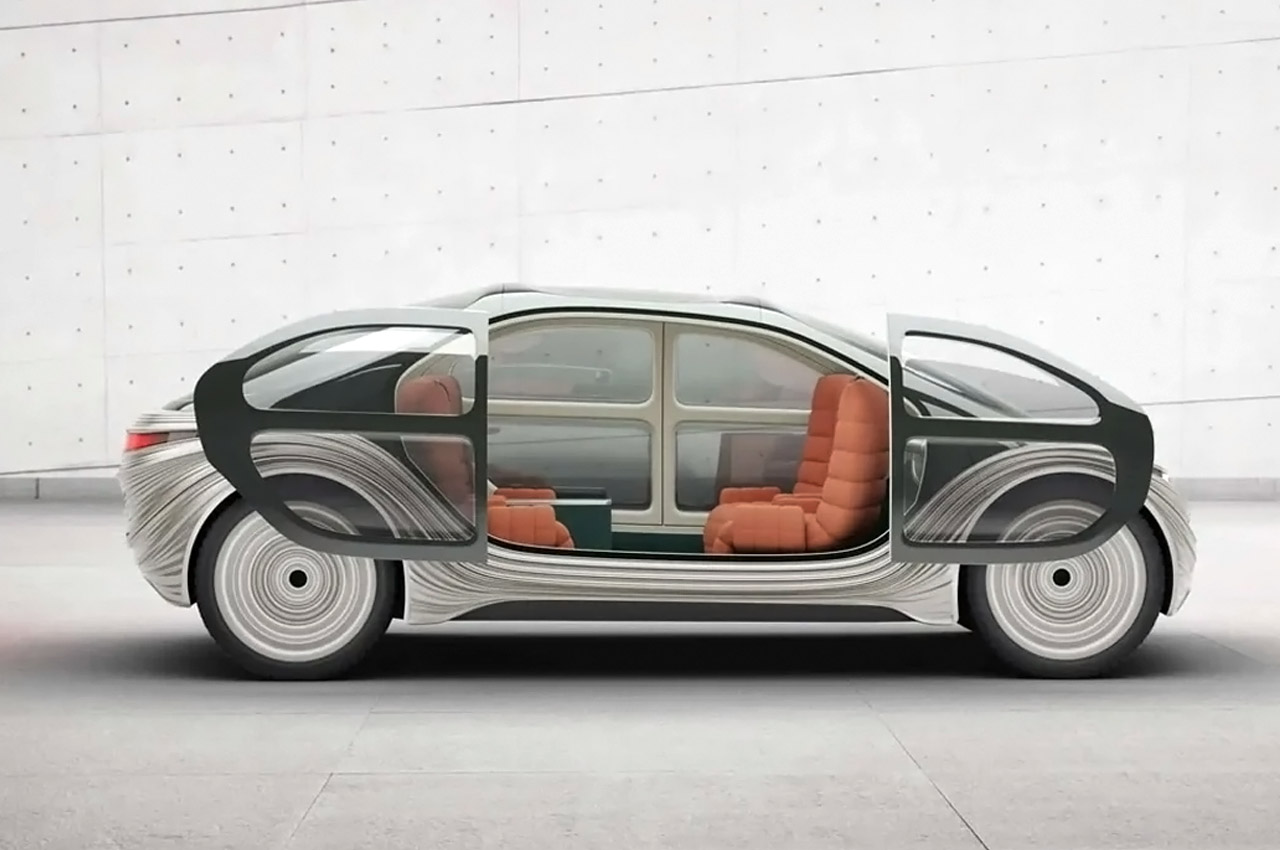 Airo comes complete with a state-of-the-art HEPA filtering system that removes fine particles from the air it drives through, edging the electric car’s green initiative even further. HEPA filters, or high-efficiency particulate air filters, are mechanical air filters that remove fine air particles measuring 0.3-microns in diameter. Airo’s HEPA filter is located in the vehicle’s undercarriage, where pollution from the air passes through and filters out, leaving the air around Airo that much cleaner. In addition to its embedded air-filtering system, Airo’s interior has a versatile configuration that can be altered to form multi-functional spaces specifically designed for today’s progression toward a mobile lifestyle. 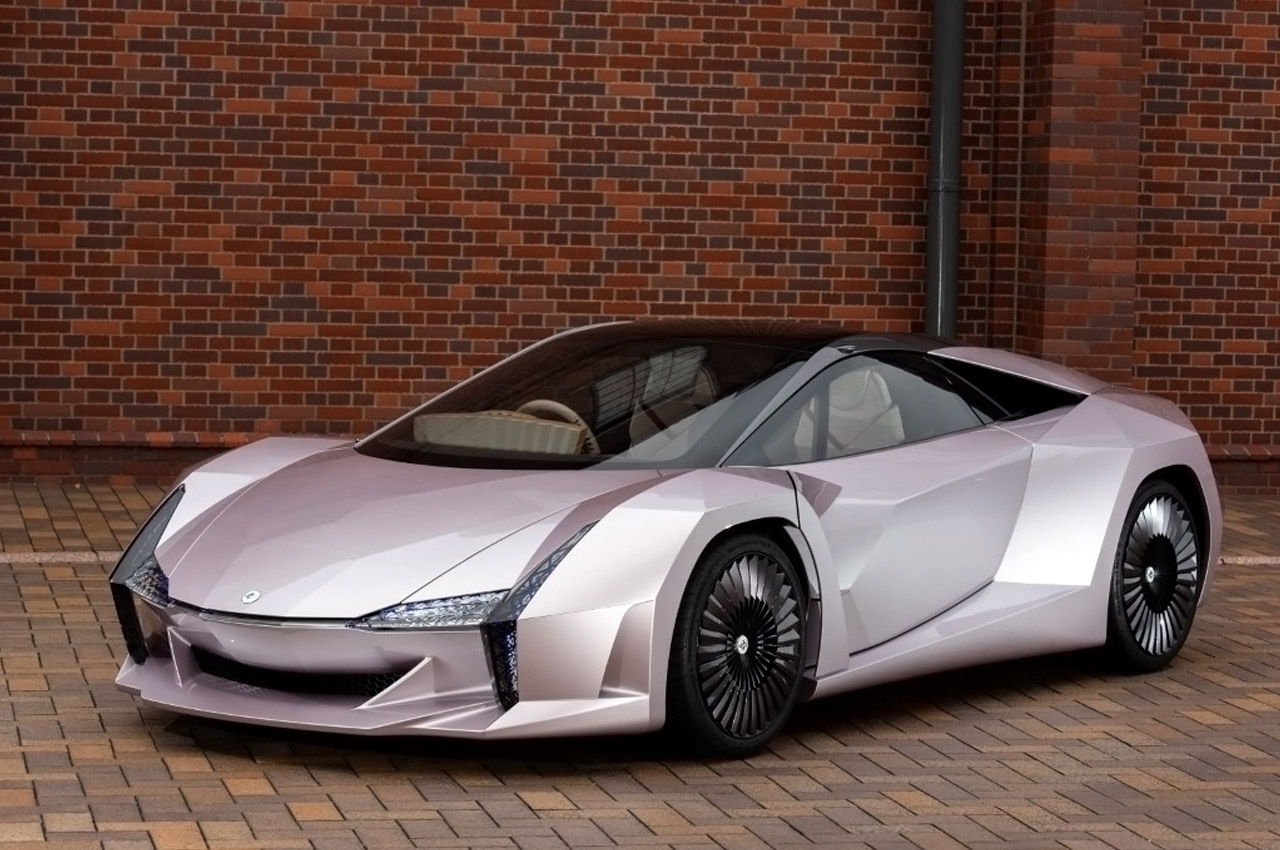 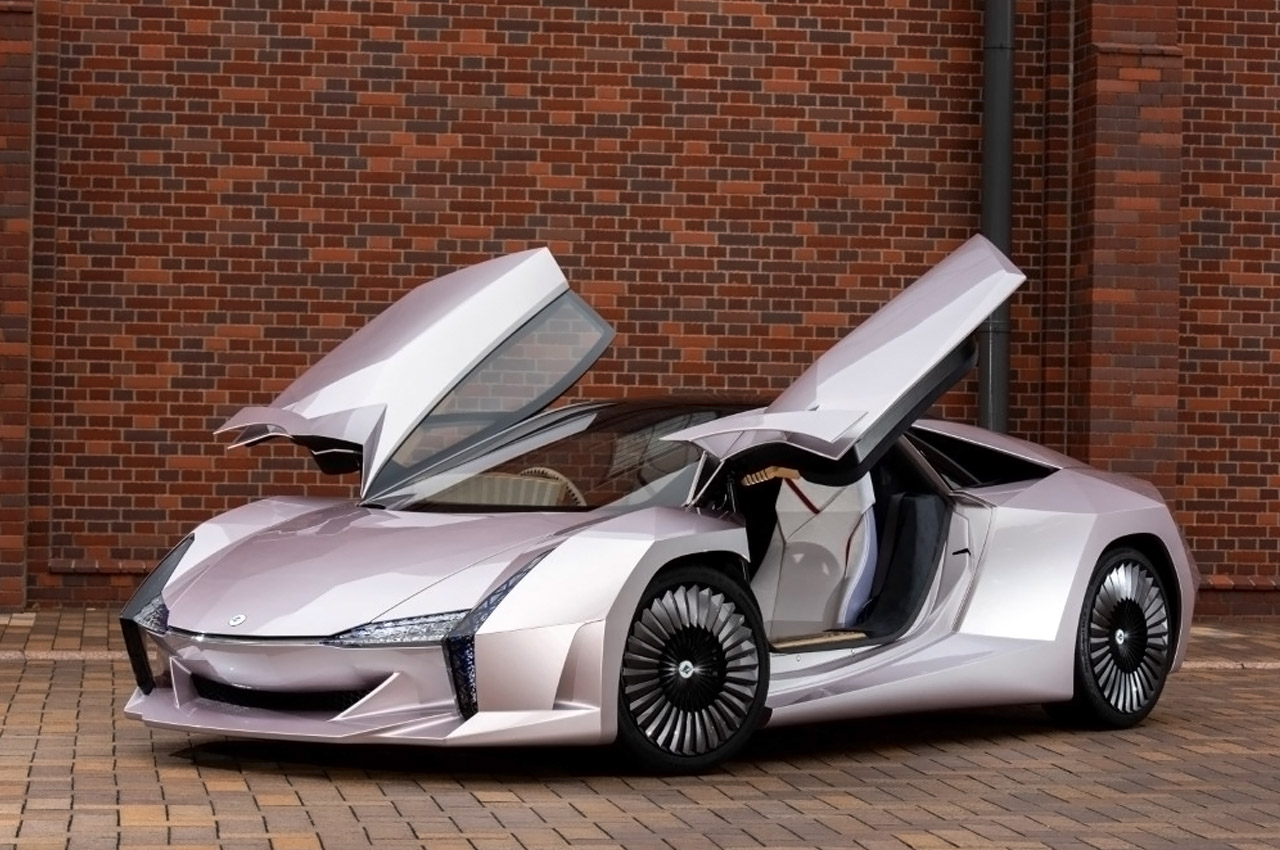 A consortium headed by the Kyoto University and supported by the Ministry of the Environment in Japan has developed the NCV, or the Nanocellulose Vehicle, which features a body made from cellulose nanofiber, or CNF. What’s remarkable about CNF is that it’s derived from wood-pulp, which can be grown, unlike metal which can only be recycled. The beauty of CNF as a material is that it’s 80% lighter than steel but 5 times stronger. It’s derived from wood pulp, a raw material produced using forestry and agricultural waste, essentially turning refuse into an incredibly capable material that can replace metal, plastic, and glass. The Nanocellulose Vehicle is a case study for the CNF material. Scientists claim that the use of CNF in car production can result in a stronger but lighter car, also making it more CO2-efficient. 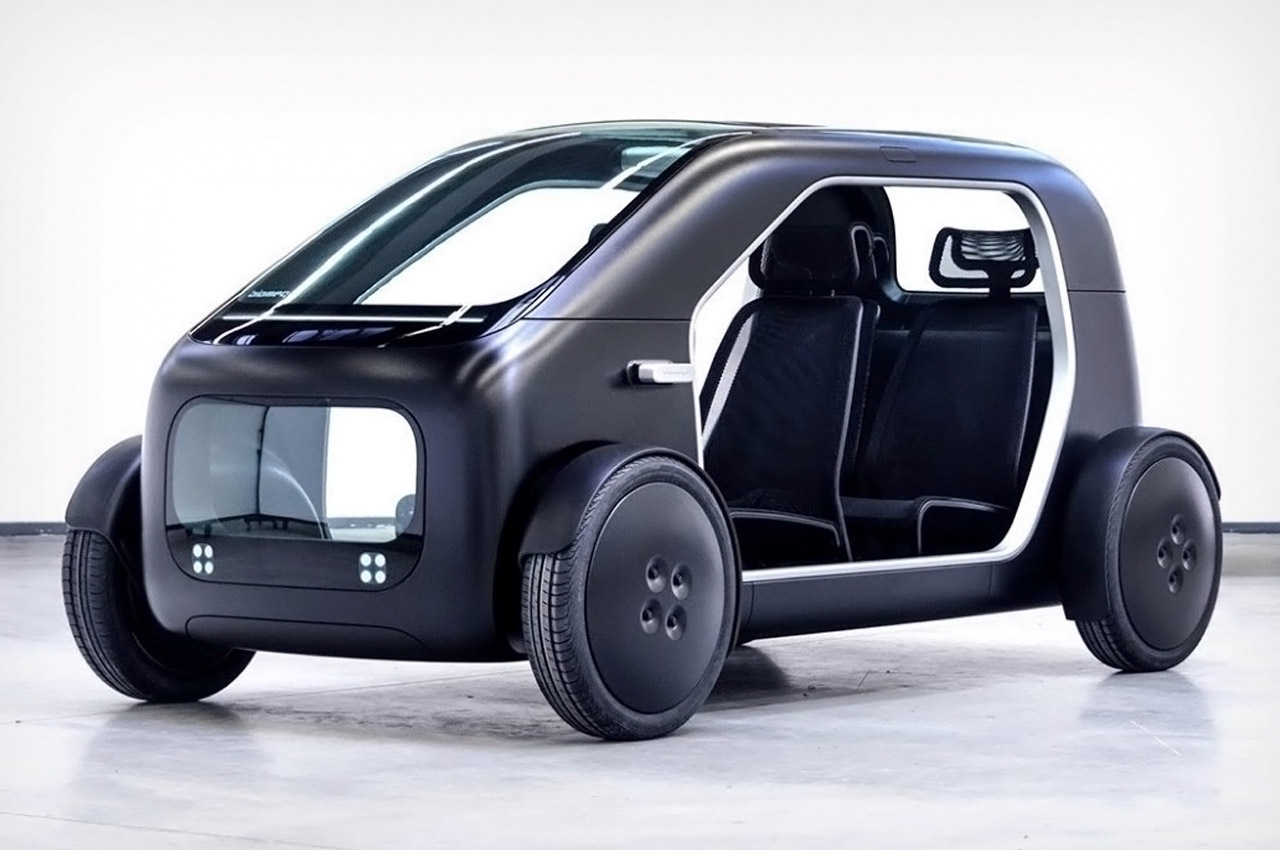 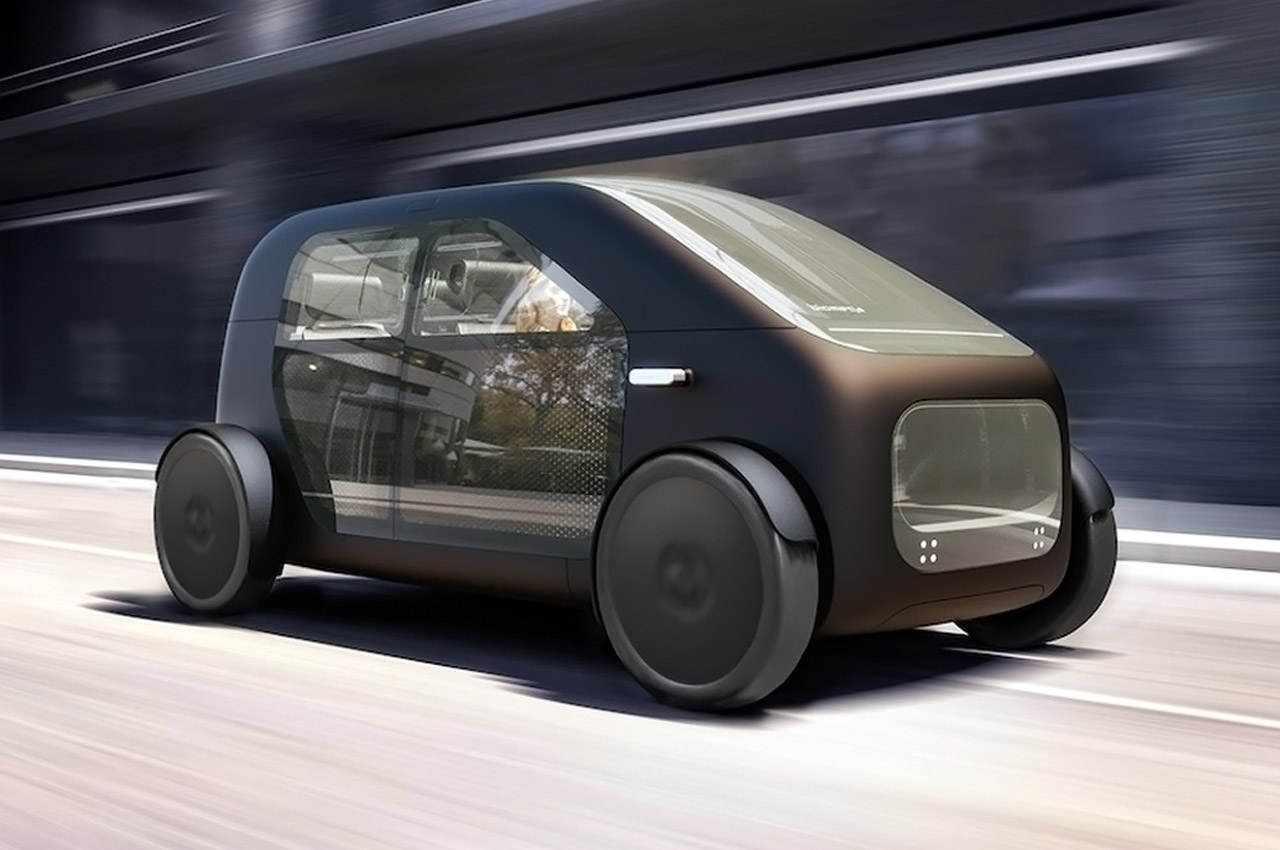 The SIN CUV (crossover utility vehicle) seats four passengers, giving them ample leg-room, and comes with a very generous maximum range of 160km, enough to cover a city from end to end twice. The entire car weighs a mere 950 kilograms (with the battery itself weighing 200 kilos). The 20kWh battery comes in two parts, with one larger battery pack permanently fixed within the car and another second detachable battery pack that can be swapped or charged separately. The SIN CUV’s efficiency also comes from its four-wheel drive, with each wheel having its own 15 kW in-hub motor for 160 Nm of torque, and a zero to 100 km/h time of 13 seconds, and a top speed of 130 km/h.

With the world turning topsy turvy since the pandemic hit us, living in a sustainable, conscious, and smart manner has never been more imperative. Our homes…

The Ferrari Millenio, as the name might allude, is a futuristic super-car concept that features a complex combination of materials and technologies that we can…

Remember that whole fad when pagers, mobile phones, and even computers (cough -iMac) were transparent revealing their innards? What if we applied that idea to…

Looking like a giant child’s toy, Rinspeed’s latest foray into conceptual design is all about the material in this case clear plastic. eXasis’ is deliberately…