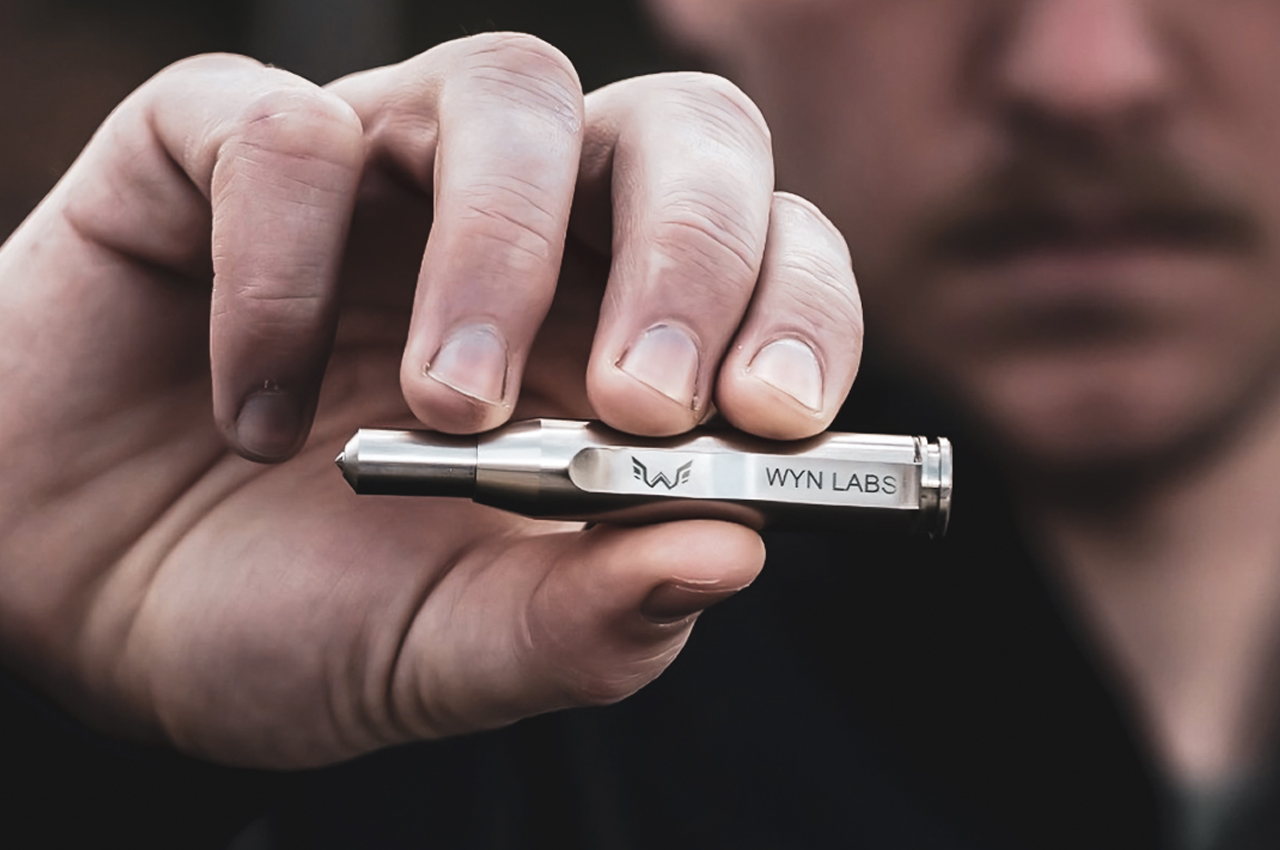 Our personal cars are honestly very important! We need them to commute from one place to another, and in traveling to and fro different locations, I’m pretty sure we end up spending a substantial amount of our day in them. Hence, maintaining the health and safety of our car is quite crucial. But no matter how much care we take of our beloved cars, there’s always a risk of our car breaking down or encountering some issue or the other. In such scenarios, it’s critical to have a handy collection of tools that can come to our rescue. From EDCs to nifty accessories, these products will support your car in the best way possible. From a tiny EDC tool that helps you escape during in-car emergencies to an emergency light that can save your life-these nifty, portable, and highly functional designs will help you escape the trickiest emergency warning situations safely! 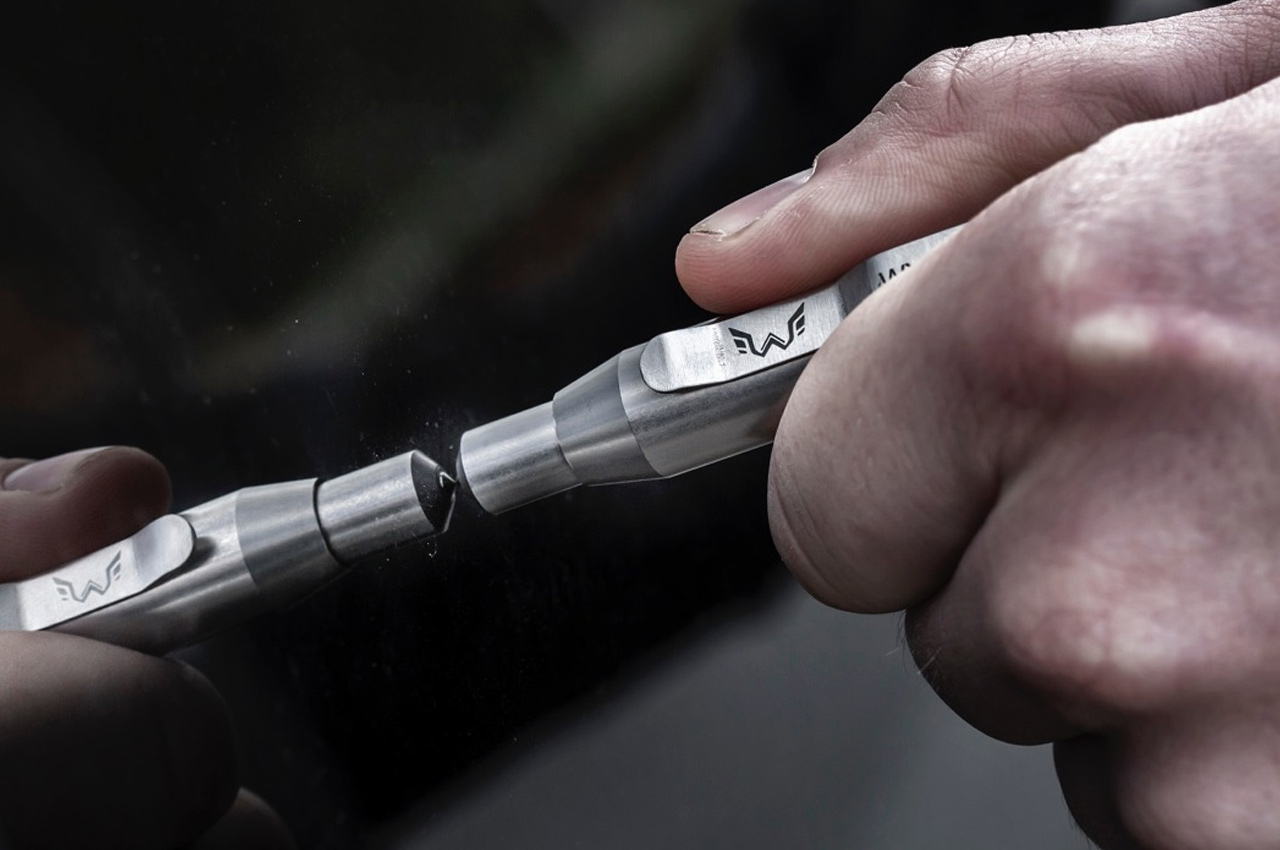 The WYN Bullet  is one of those rare examples of EDC that was designed to save lives. Smaller than your finger, the WYN Bullet is a spring-loaded glass-shattering tool that helps you make a quick escape/rescue by instantly breaking a car’s toughened glass. Whether you’re inside your car trying to get out, or outside the car trying to save someone on the inside, the WYN Bullet’s one-push system can instantly shatter toughened glass panels, giving you swift entry into a locked car in emergencies . Toughened glass is exceptionally difficult to break through, by design. 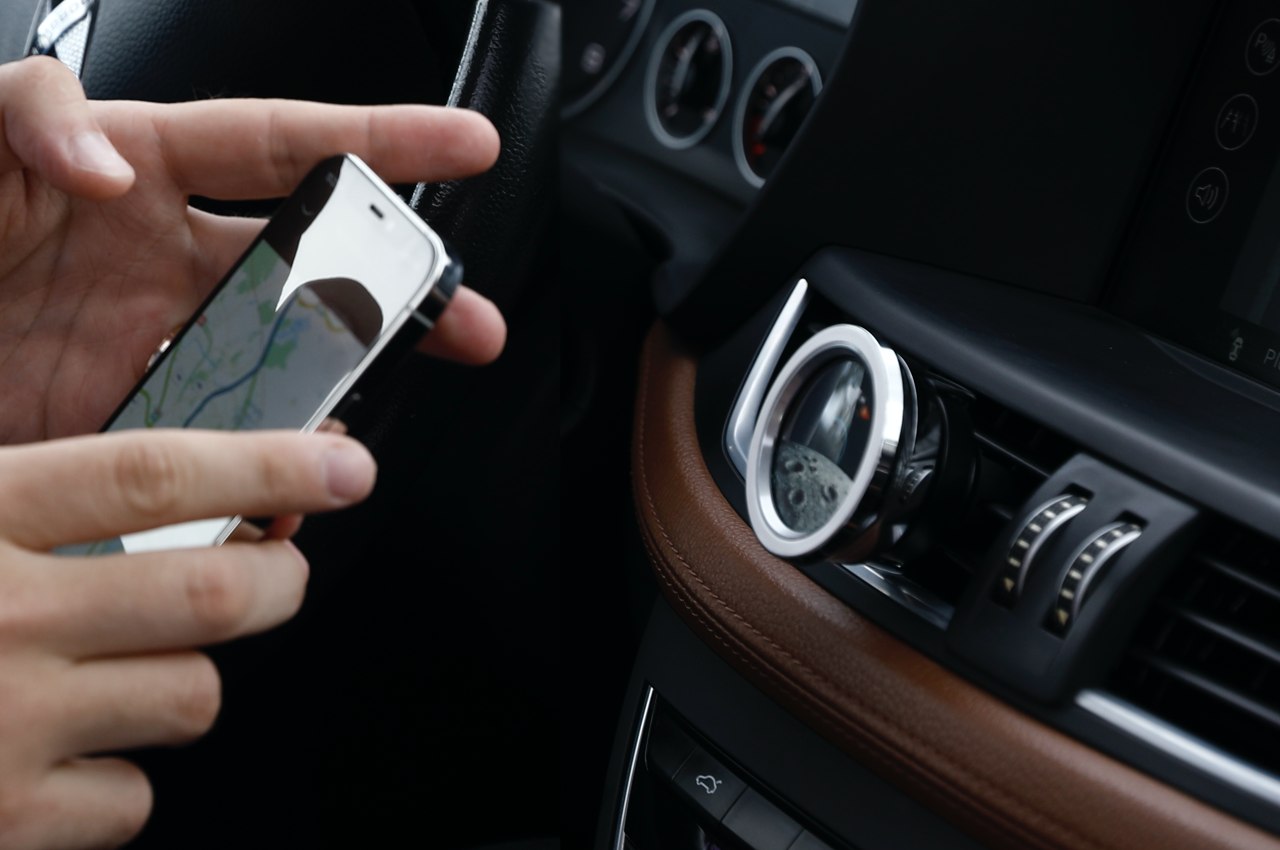 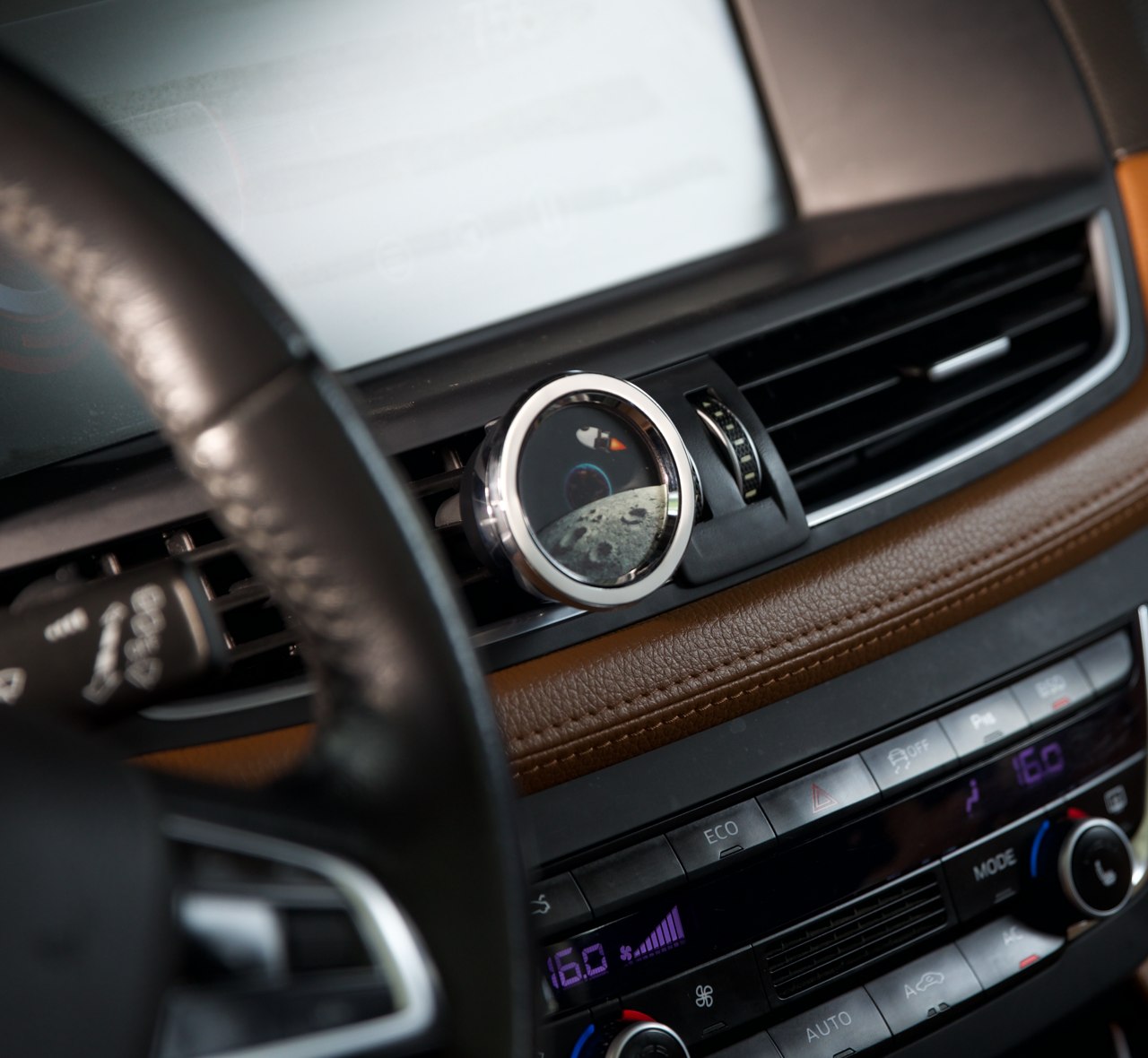 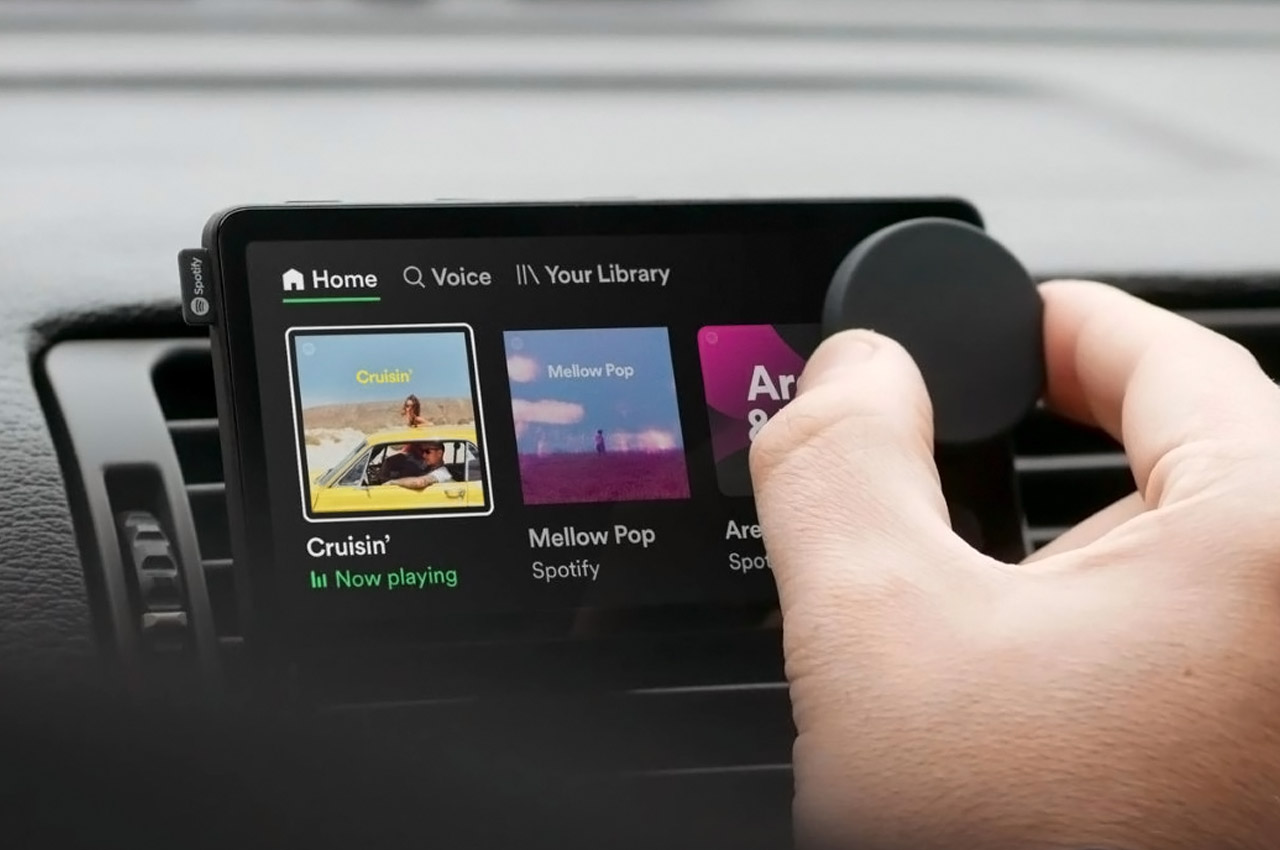 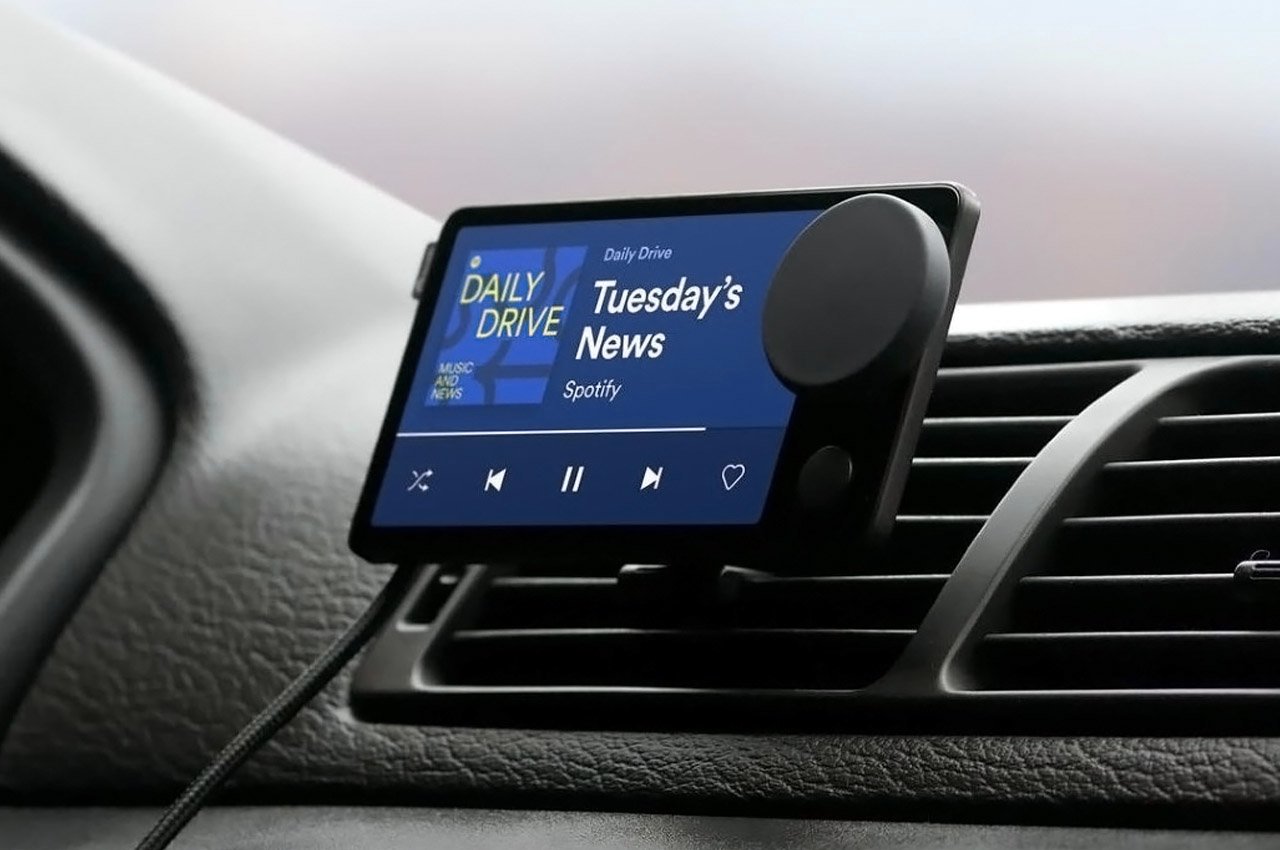 Issued as a limited release, Spotify’s Car Thing provides a bridge between your car’s speaker system and your favorite online streaming service. Available for free to a select group of applicants (you can sign up on Spotify’s Car Thing microsite), the Car Thing is a nifty little dashboard that brings Spotify to life in your automobile. It runs a version of the streaming company’s Car View, a simple interface that’s easy to use and navigate while driving, and while the device DOES have a touchscreen, it comes with physical dials and buttons that you can instinctively operate with your hand as you keep your eyes on the road. The Spotify Car Thing is built to be compatible with vehicles regardless of make or model and displays a home screen with a touch-sensitive navigation dial slightly overlapping the screen to make the device look visually dramatic. 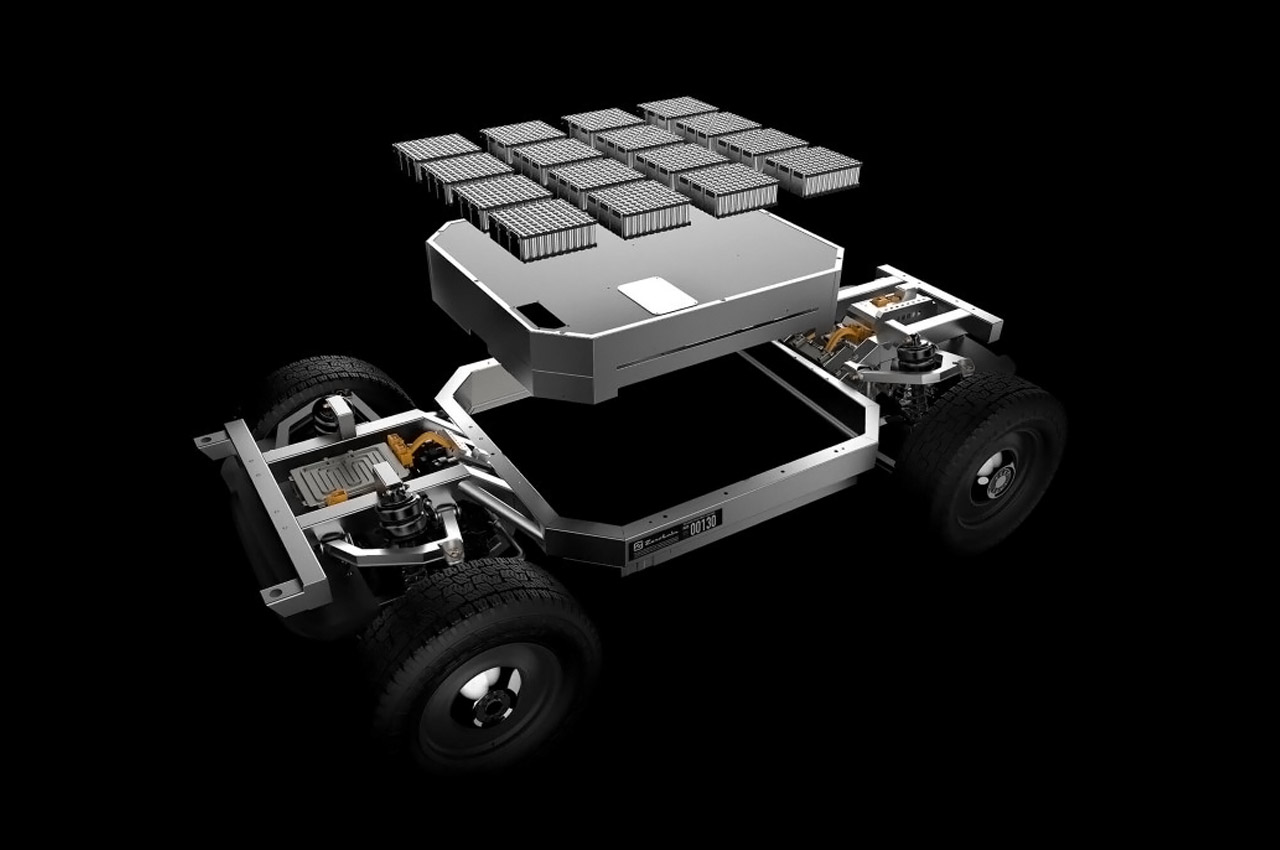 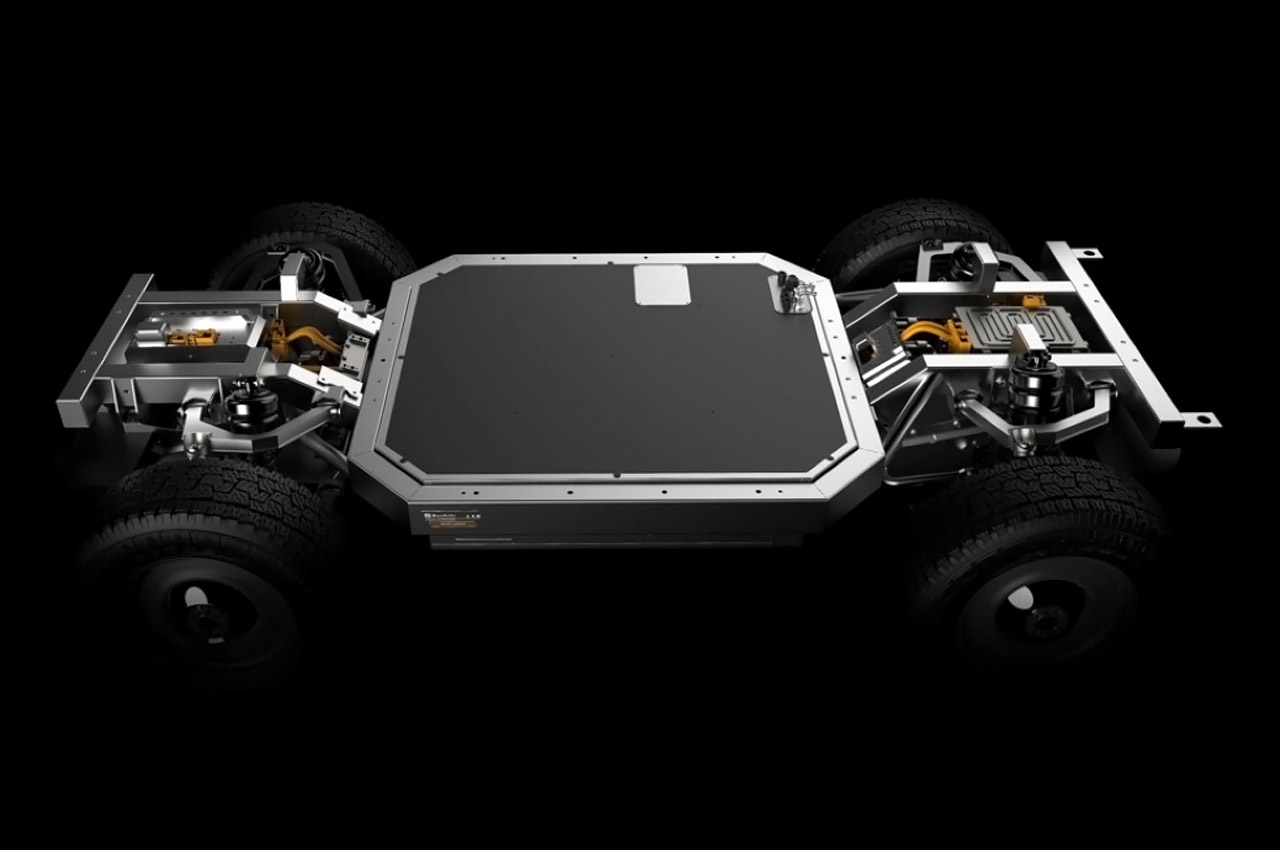 Designed to be universal and customizable, the Zero Labs Platform is an electric base that can fit under the body of virtually any existing car, turning it instantly electric. Think of Zero Labs’ Platform as basically an electric skateboard. It comes with a base fitted with all the electrical components, a battery, and four wheels. Designed with an adjustable wheelbase and ride height, independent front and rear suspension, modular battery system, a 600HP dual-motor drive, regenerative breaking, the Platform can be customized to fit under any car. The car would need to be prepared for this transition, by ditching everything under the hood and hooking the steering controls and dashboard to the new electric drivetrain. The car would then be mounted onto its new platform and lo and behold, you’ve got yourself an old dog with new tricks… or as Zero Labs like to call it, “the Past, powered by the Future”. 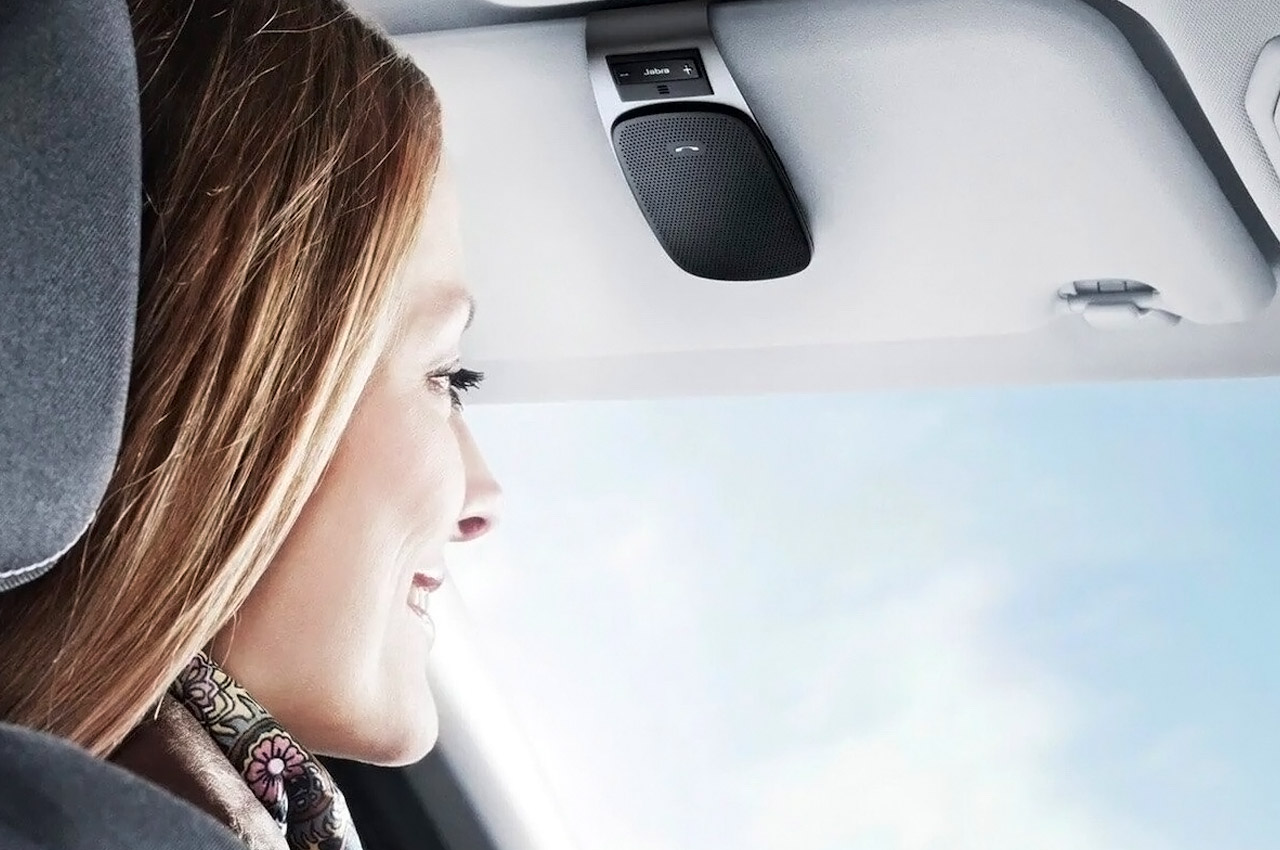 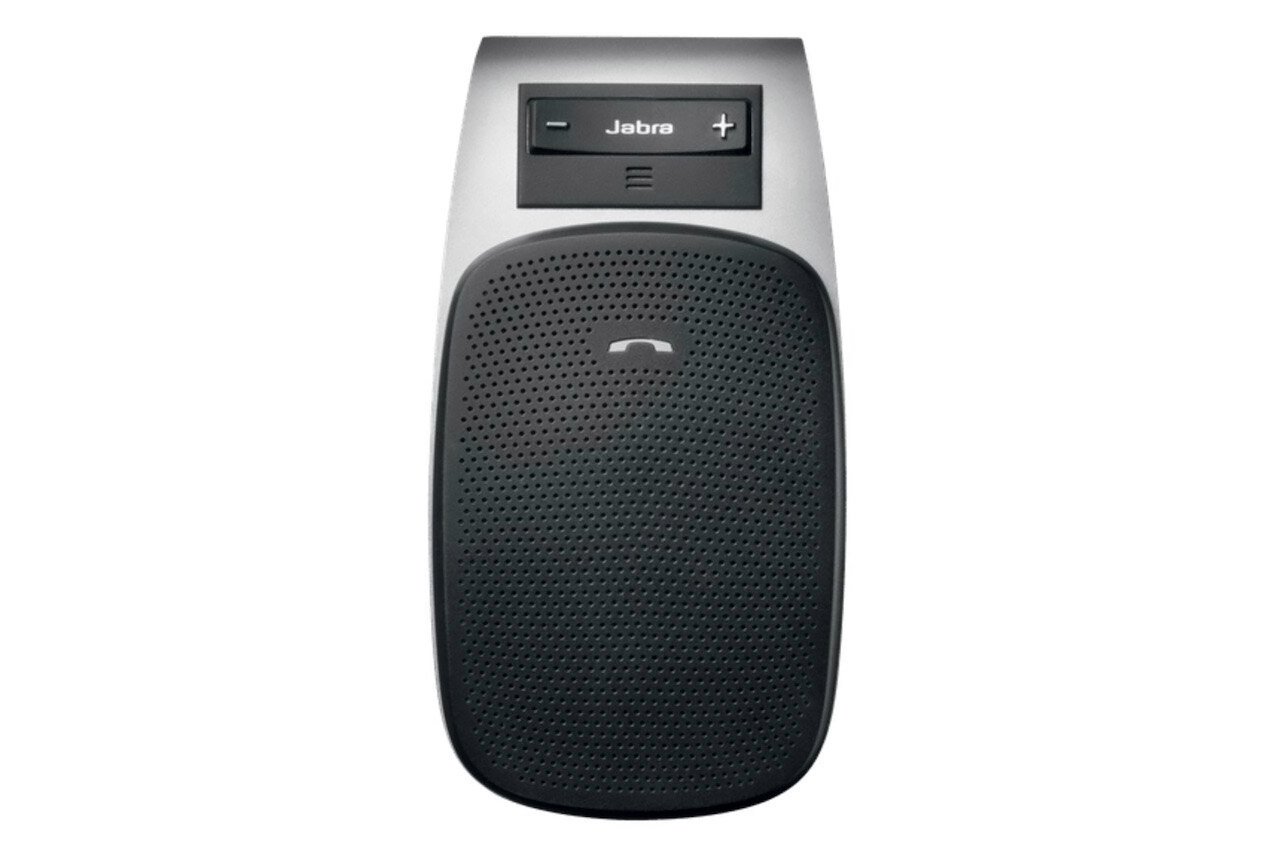 The Jabra Drive in-car speaker blocks out all the other sounds on the road! It comes amped with noise-cancellation technology that eliminates disturbing noises from the road. Installing the speaker in your car is super simple and easy. There are voice-guided instructions to help you connect the device to your car! Moreover, you even get verbal reminders when the battery is low. You can use the Jabra Drive to make calls, stream music, and play GPS instructions as well. 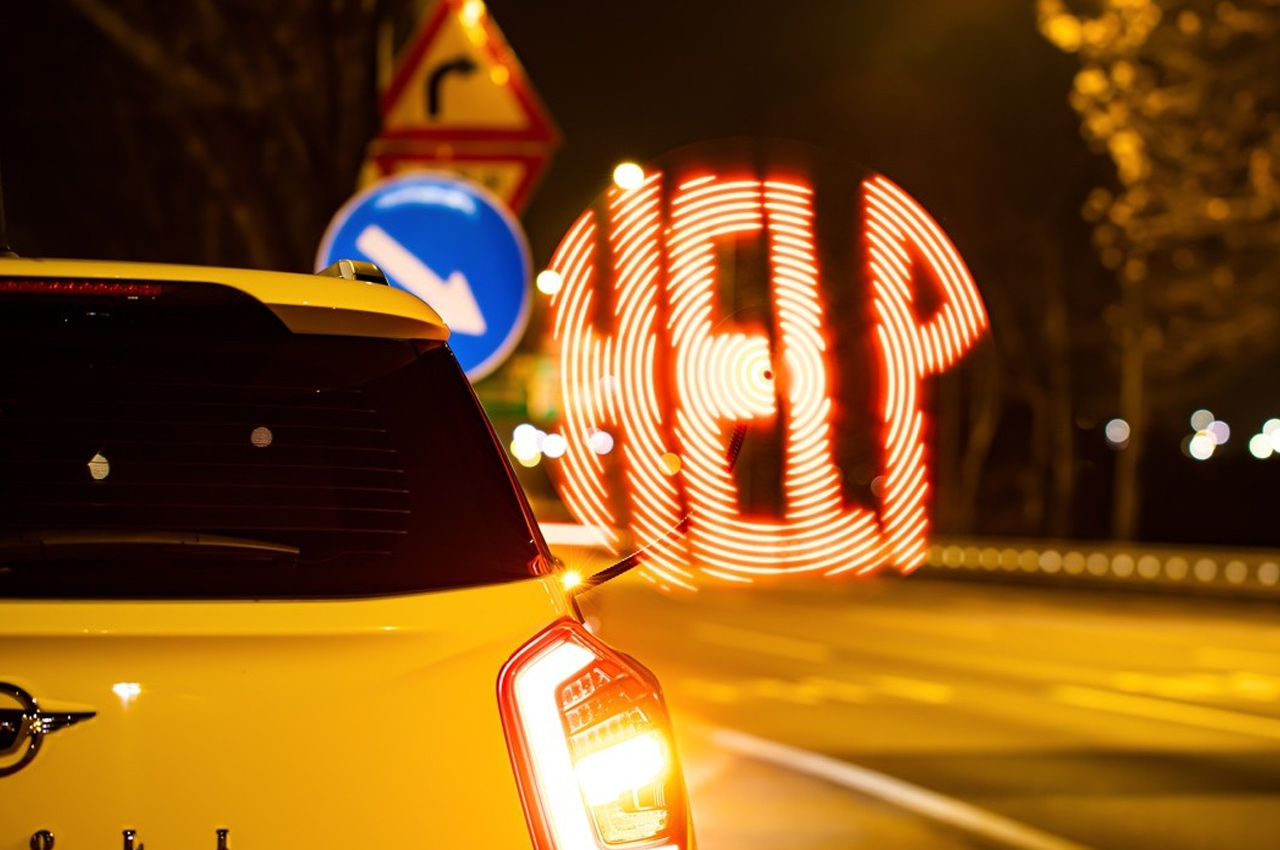 Kono Corporation’s solution to the problem is a simple coupling of two words. Increased visibility. The S.Light, which should be as much of a standard carry-on accessory as a car-jack or lug-wrench, is a signaling beacon that allows drivers to know that there’s a broken-down vehicle ahead, from as far as 200 yards away, giving them enough time to react by either change lanes and avoiding a collision, or pulling up near you to help you out. The S.Light, which stands for Safe-Secure-Signal is a portable, flexible signboard that uses a rotating LED display for high visibility at night, and a collapsible reflector panel during the day. The emergency signboard comes with a strong, magnetic base and a flexible goose-neck upon which lies the rotating LED module. 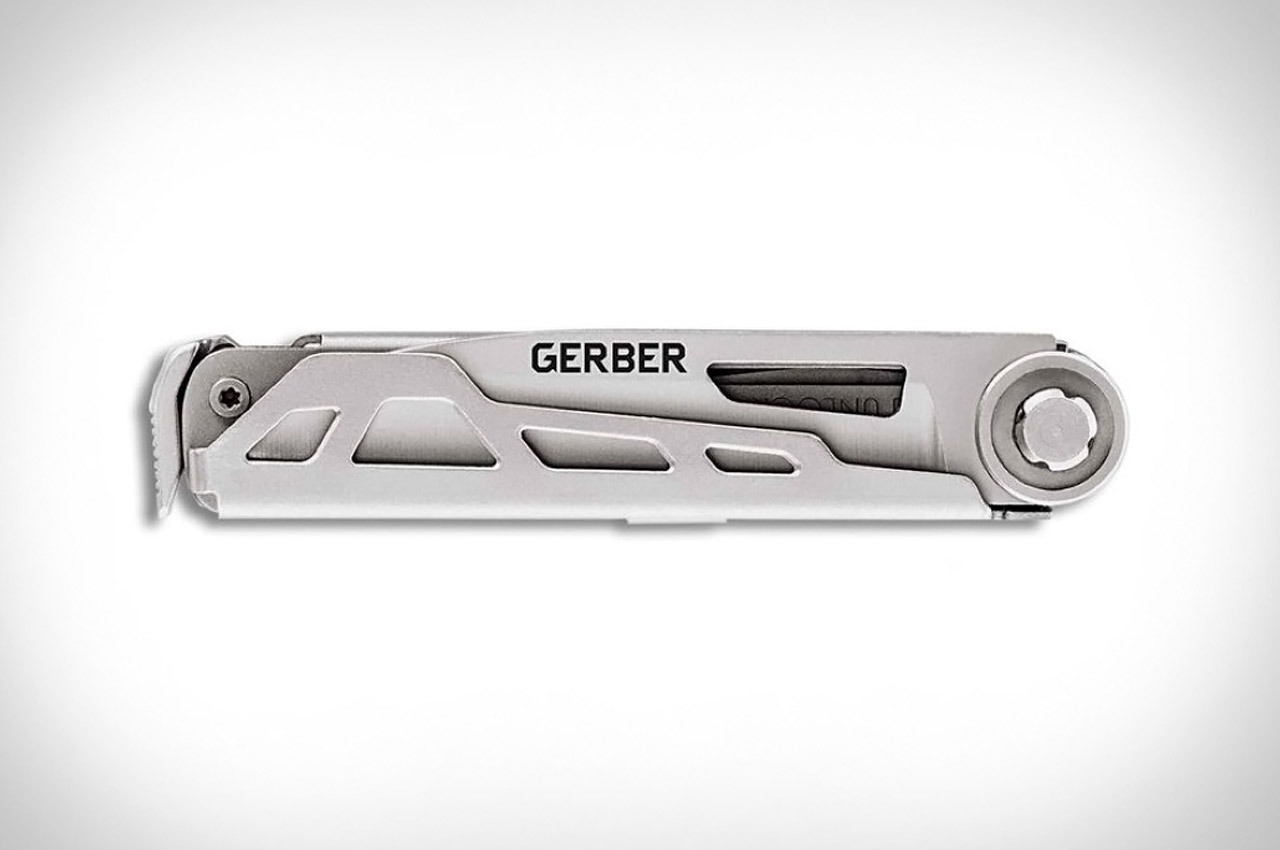 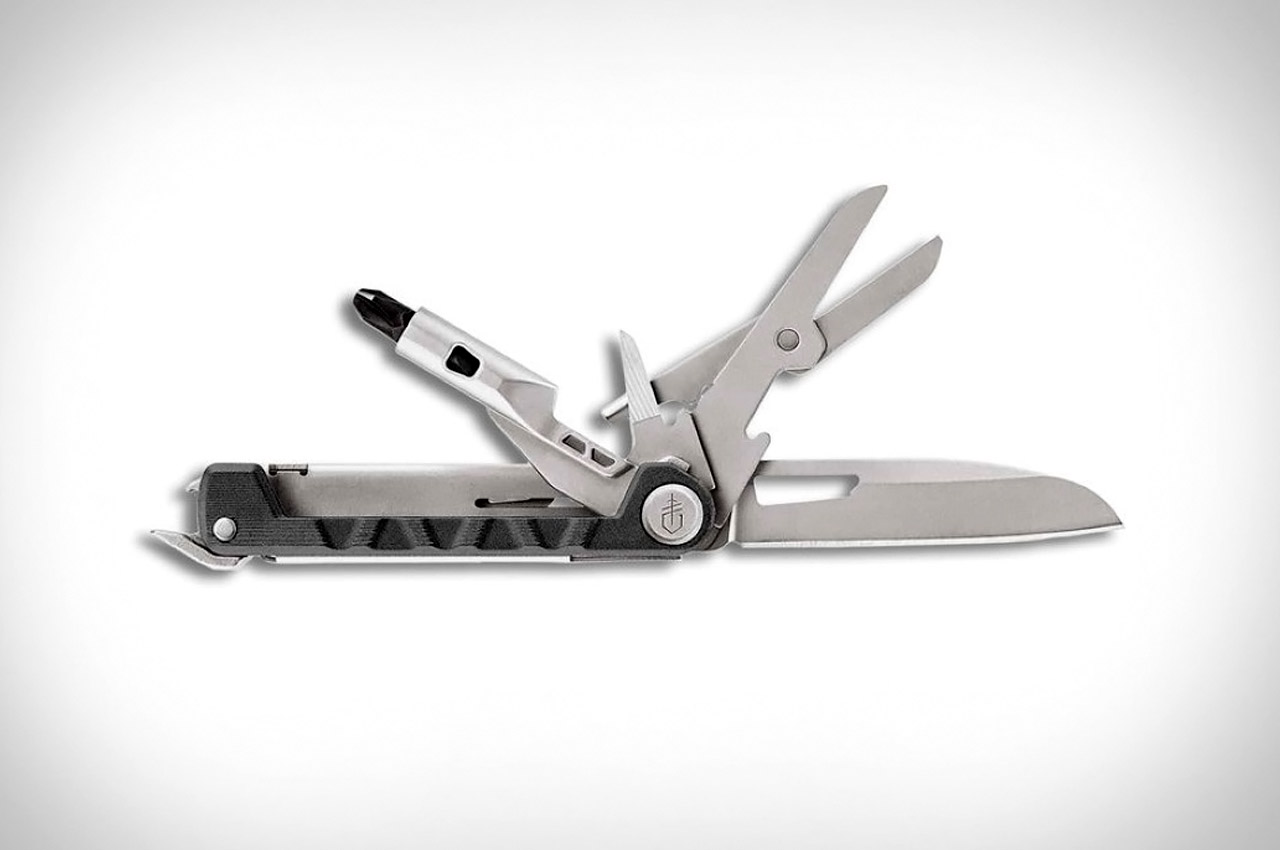 A tiny, versatile multitool, the Gerber Armbar Drive packs 7 tools into its small, slick frame. The Armbar Drive’s frame integrates a prybar and bottle opener into its design, while the fold-out tools include a full-size plain-edge knife, an awl for making or enlarging holes, a scissor for cutting, and a 2.5” long screwdriver with a 2-sided bit that you can flip and use based on your need. Pretty useful for a multitool that ultimately folds down to the size of your index finger. The Armbar Drive even has a sister variant, the Armbar Cork, which features a corkscrew with a lever arm along with a can/package opener… but given that I haven’t seen a bottle of alcohol in over a month now, I’ll leave that be. 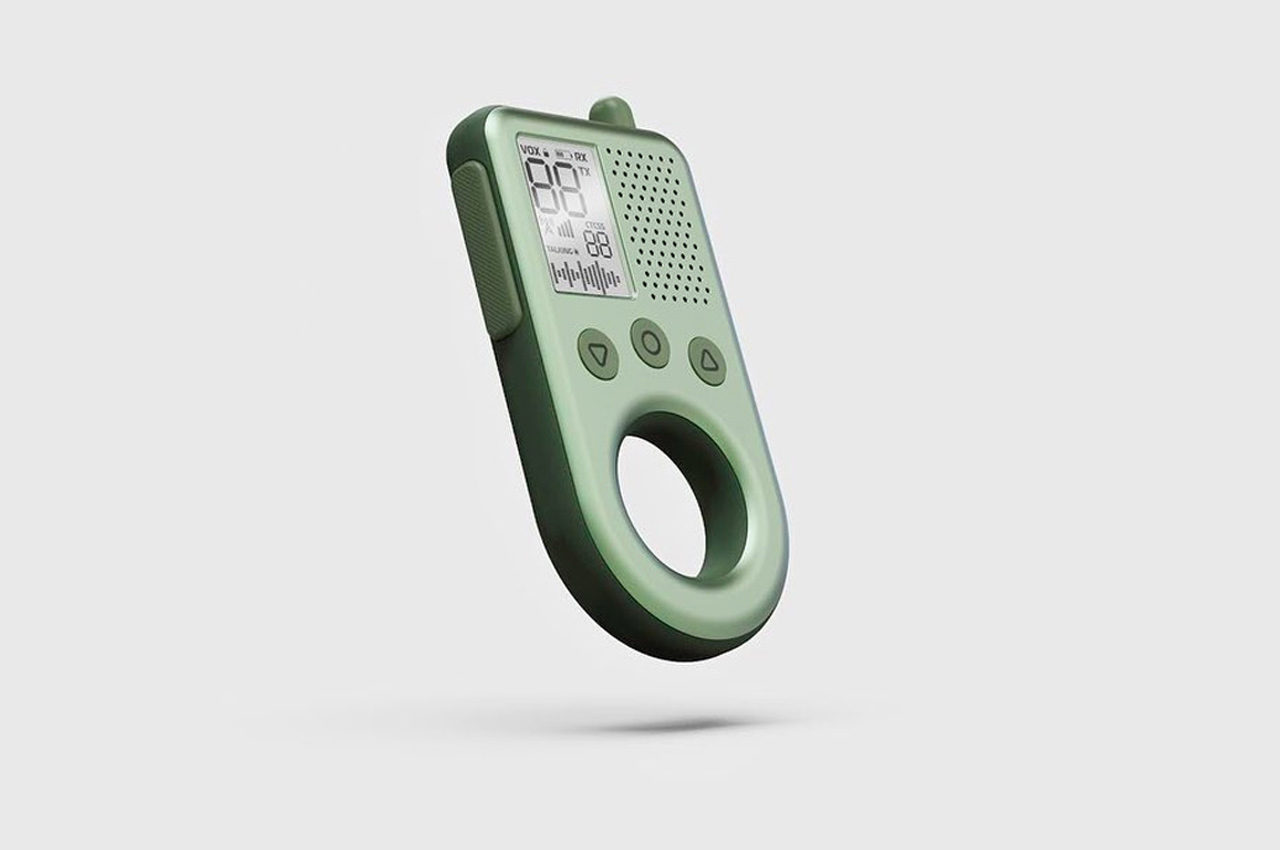 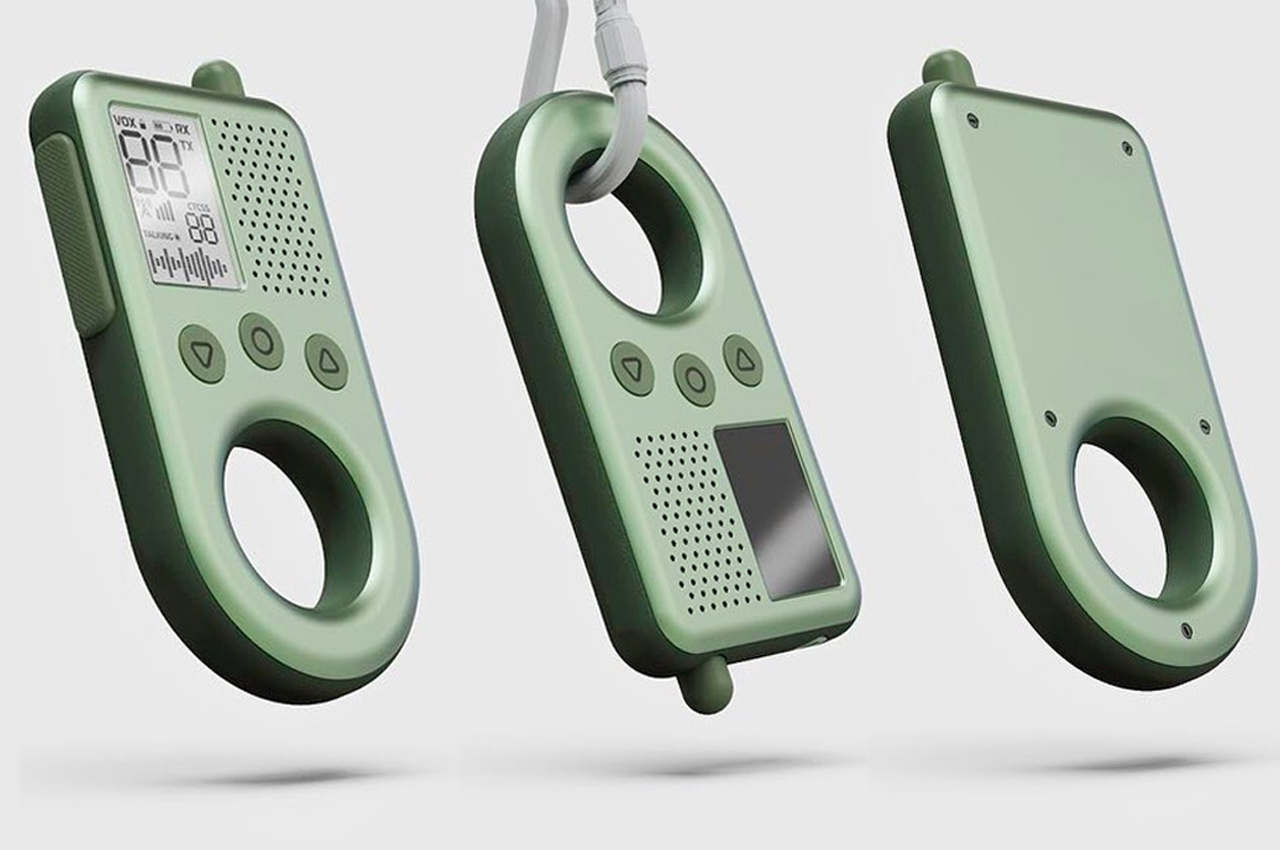 The primary responsibility of a walkie-talkie is to be a portable communication device. “Designed to be carried at any time, in many different ways,” this walkie-talkie can be used in any industry or organization where instantaneous communication between peers is required, and phone signals are unreliable. These would generally include security services, transportation industry, construction sites, manufacturing, and warehouse facilities amid a few other sectors. The fact is that walkie-talkies are easy to use and have grown beyond commercial use into the lives of the masses. Smaller versions are especially very popular among kids. As a more innovative way – to highlight its transport – Franco Calegari has designed a walkie-talkie with the bottom half of the device cut out into a hollow ring, which can be used to attach a carabiner or in a range of other ways. 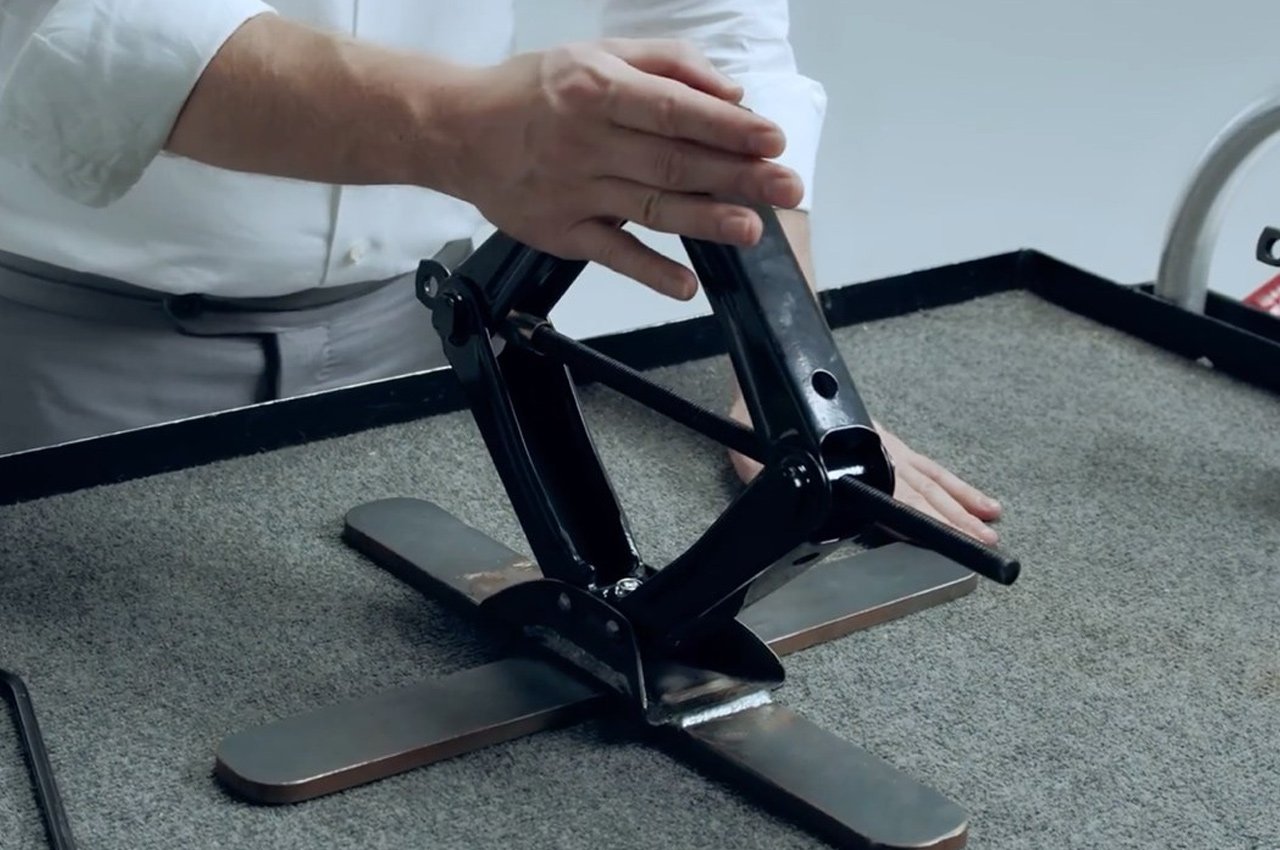 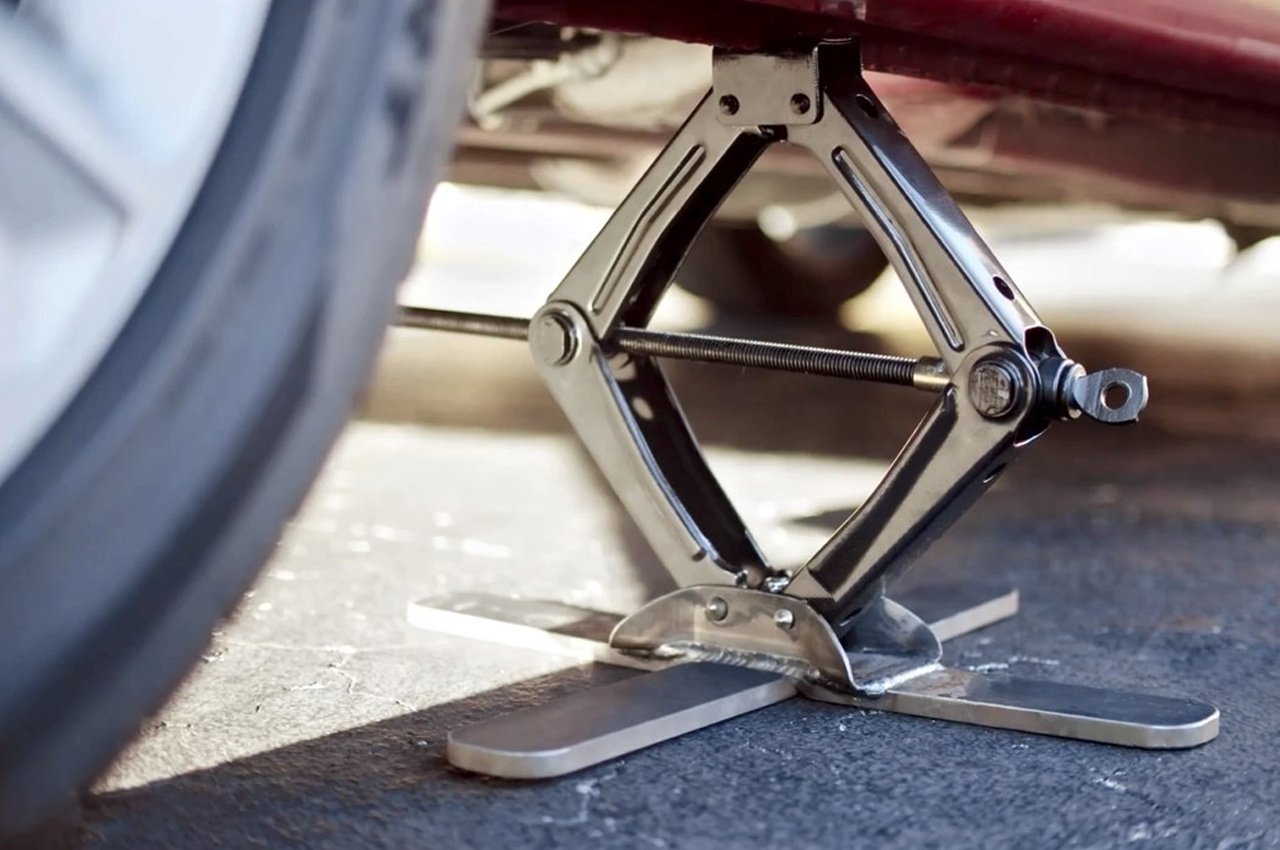 With a newly detailed base that features a wide cross-shaped design, increasing its stability, the CrossJack is the same old jack in a slightly new but noticeably safer design, thanks to its stable base. The CrossJack’s design prompts one to wonder why car-jacks don’t already have wide bases. Its redesign is simple but effective. A collapsible set of plates sit at the bottom of the CrossJack that opens up into a wide cross, giving the jack a spaced-apart, four-point base. This wider footprint prevents the car from being accidentally knocked off the jack and landing on the ground, injuring anyone who may be working on it. The CrossJack’s tweaked design sports a base that’s nearly half an inch thick, and made of stainless steel, giving it a rugged sturdiness that makes the jack safer than most. When you’re done, the jack folds up to occupy exactly the same amount of space as any regular jack would. 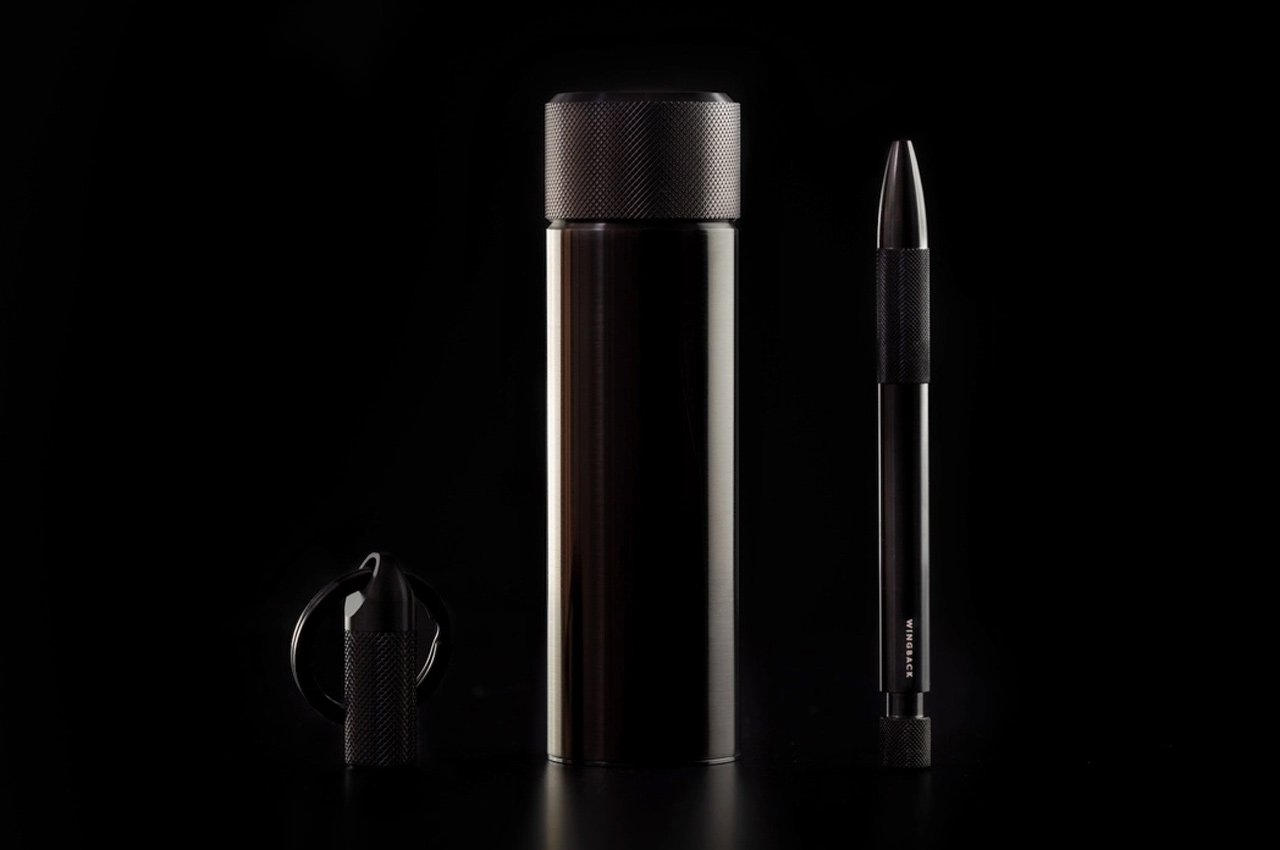 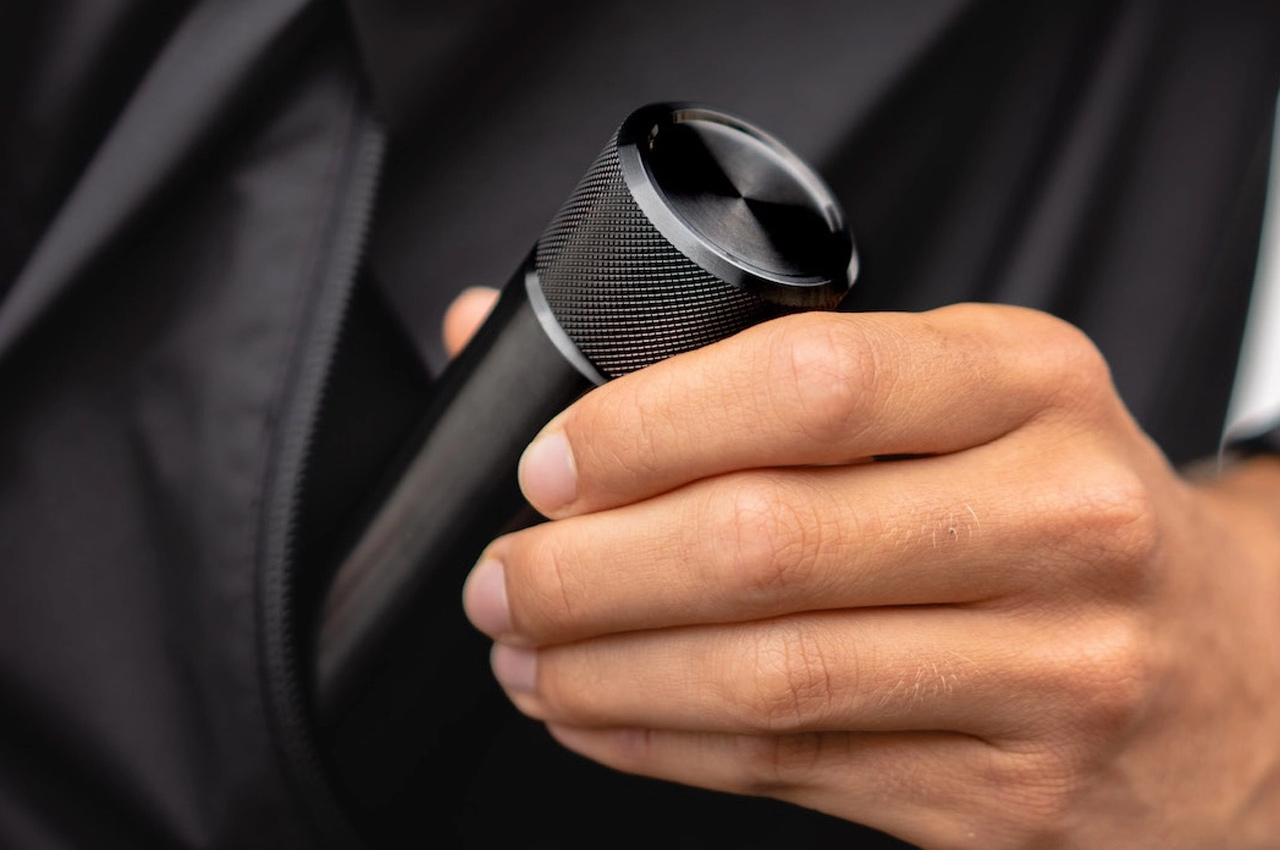 3.5 times harder than titanium, the strongest metal known to mankind, Tungsten Carbide is akin to black gold in the EDC world. Give any gear a coating of Tungsten Carbide and it shines black like obsidian rock, with a unique metallic luster that’s glimmery in a subtle way… but more importantly, it makes them practically invincible, resisting any sort of external wear and tear. Pair it with Wingback’s series of exquisitely designed EDC and you’ve got the ideal combination of aesthetics and performance. Designed by Alasdair MacLaine, Wingback’s Black Steel collection sports three minimal-yet-functional products that are bound to be an unwavering part of your everyday carry. A bullet-sized Key Cache helps you store emergency money on your keychain, while a mechanical pen with its comfortable broad design promises to be the last pen you’ll ever want to use. Lastly, MacLaine’s 100ml hip-flask comes with the same cylindrical lathe-manufactured design as the other products in the series.

Turn your wired Bose headphones into a truly wireless headset!

The first Facebook Phone opened up a whole lot of questions and the primary one was, why the hell is it blue! To set the…

The ACUWAKE is a pair of socks that buzzes you awake in a gentle fashion. Essentially the socks come fitted with micro vibrators, which massage…