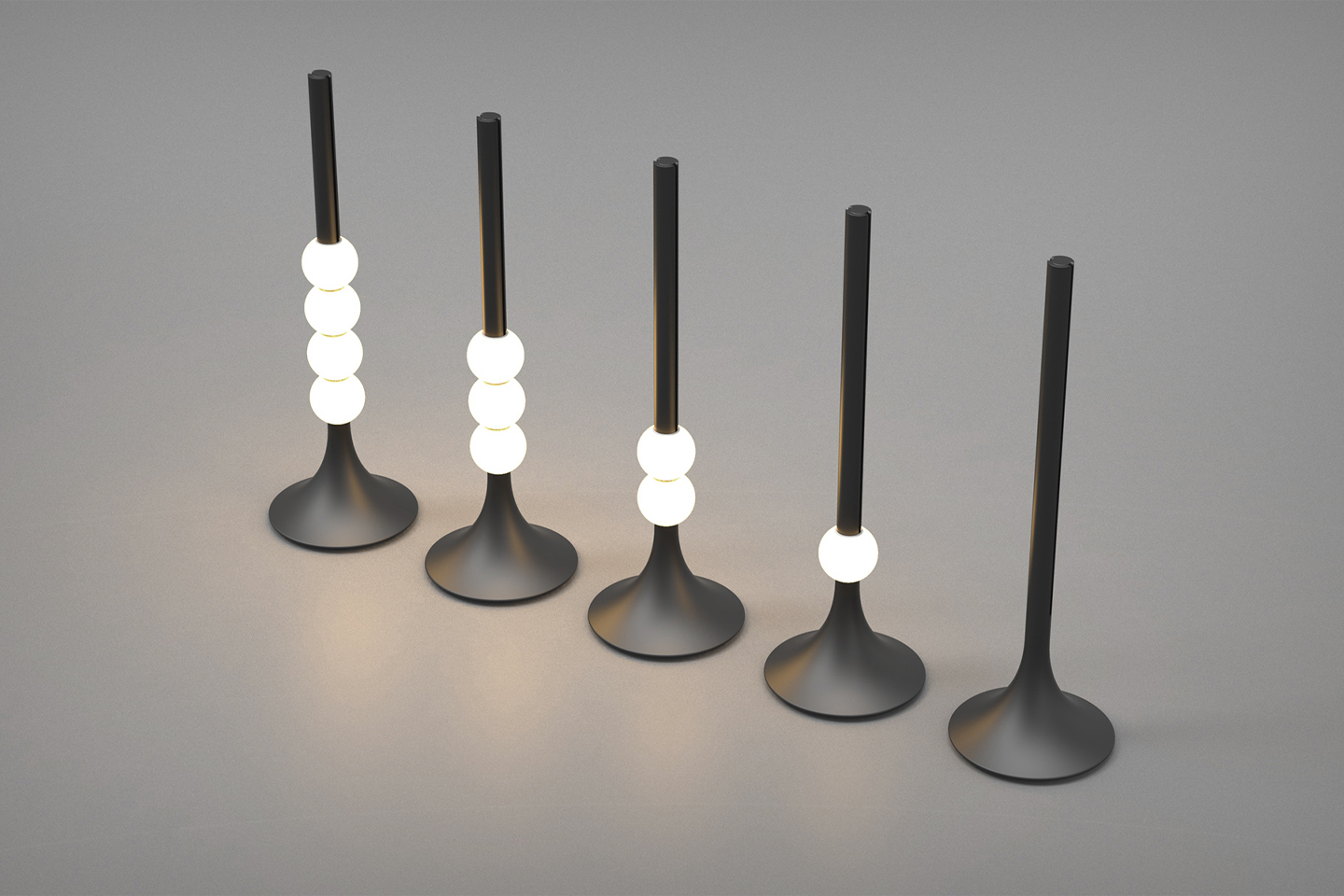 Abaculux is a modular light fixture inspired by the abacus, an ancient counting tool used for centuries, allowing users to add and subtract as many light bulbs necessary to achieve that prime lighting.

The abacus is an ancient counting frame tool that can aid in addition, multiplication, subtraction, and division. While they have been used for centuries, abacuses are still made today, often with a bamboo frame and sliding wires stocked with counting beads. Taking inspiration from the ancient mathematical tool, designer Pranjal Uday developed Abaculux, a modular light fixture that takes the same shape as an abacus, allowing users to add and subtract light bulbs however they choose. 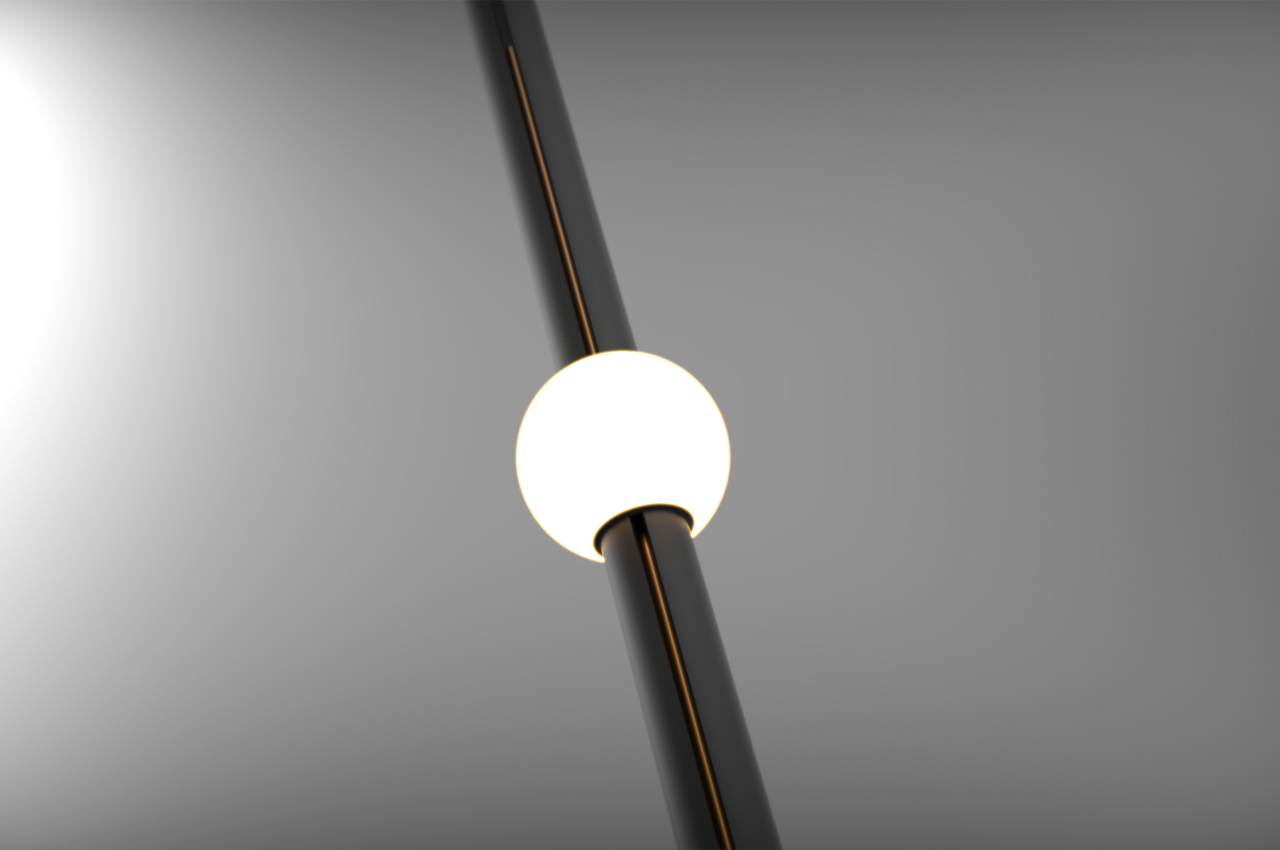 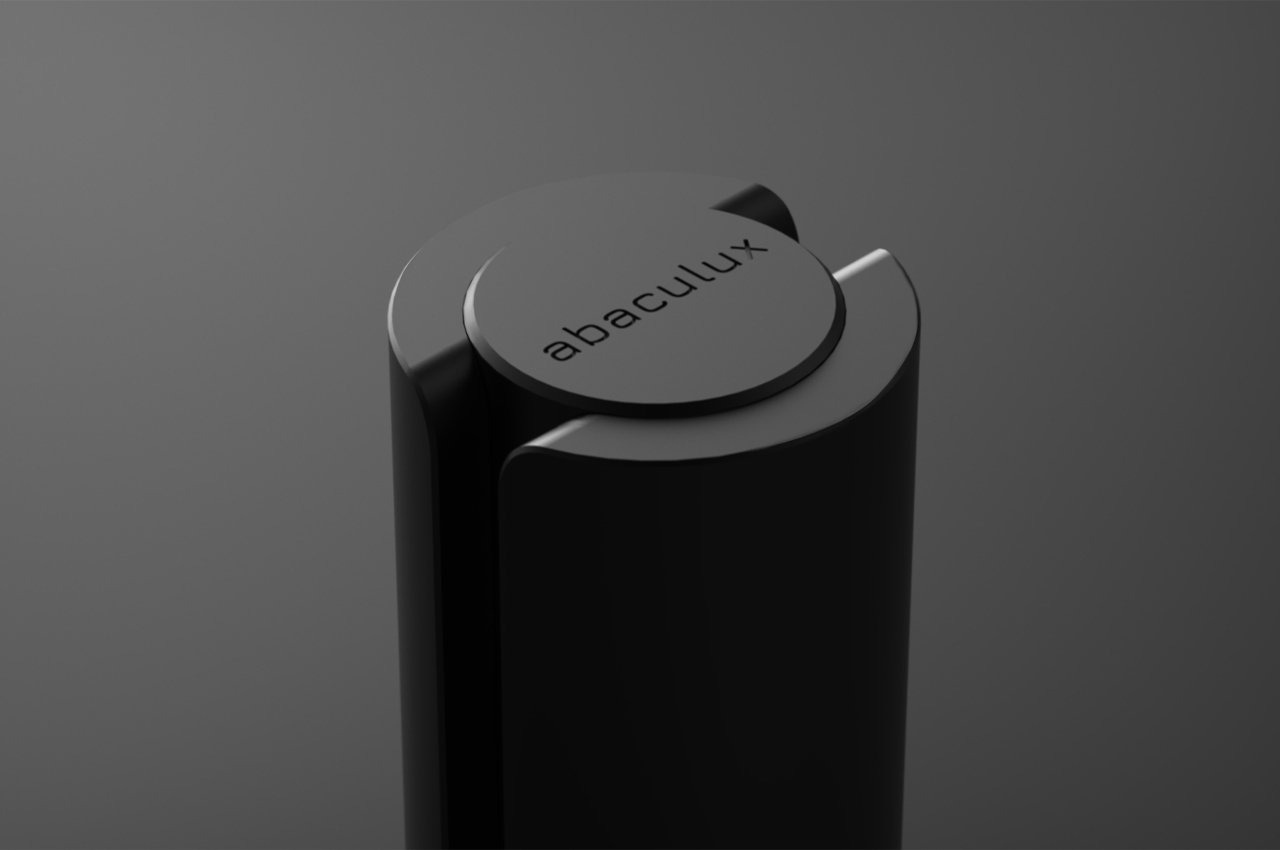 The Abaculux is a minimalist light fixture, rising as a single standing rod with a collection of golden light bulbs lining it up and down. Outfitted with a flared trumpet base, Abaculux is bottom-heavy with a steady build that manages to carry multiple light bulbs at once. Uday created Abaculux in part to make the energy consumption of light more apparent by revealing to users how much light they use in a visual presentation they can actually count.

When users want to add a bulb to the electrical rod, they can be slid down and onto the dock where they light up once connected to the pole’s conduction terminals. Following the same method, users can add or subtract however many light bulbs necessary for their preferred lighting. The lightbulbs can also be configured in varying layouts, allowing users to bunch the bulbs at the bottom or appear more spread out over the pole. 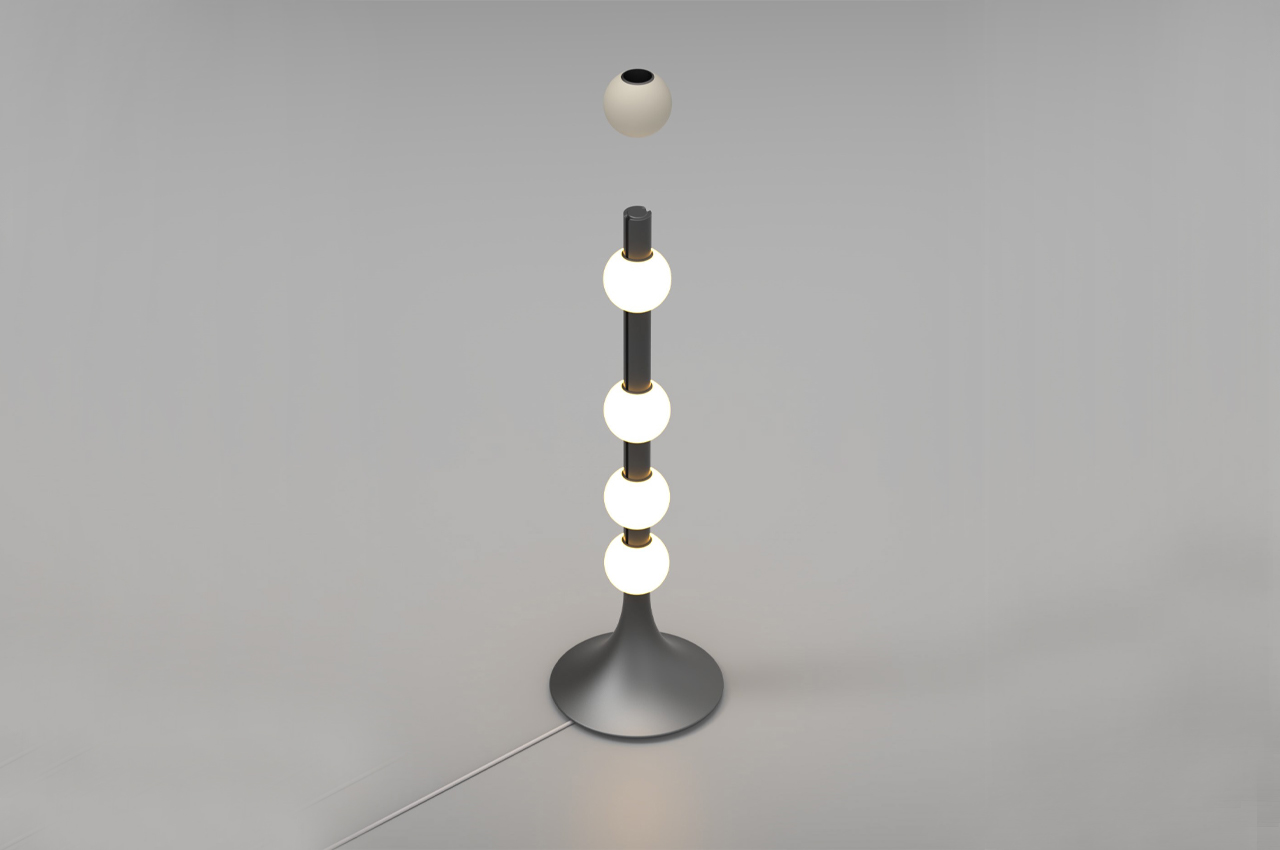 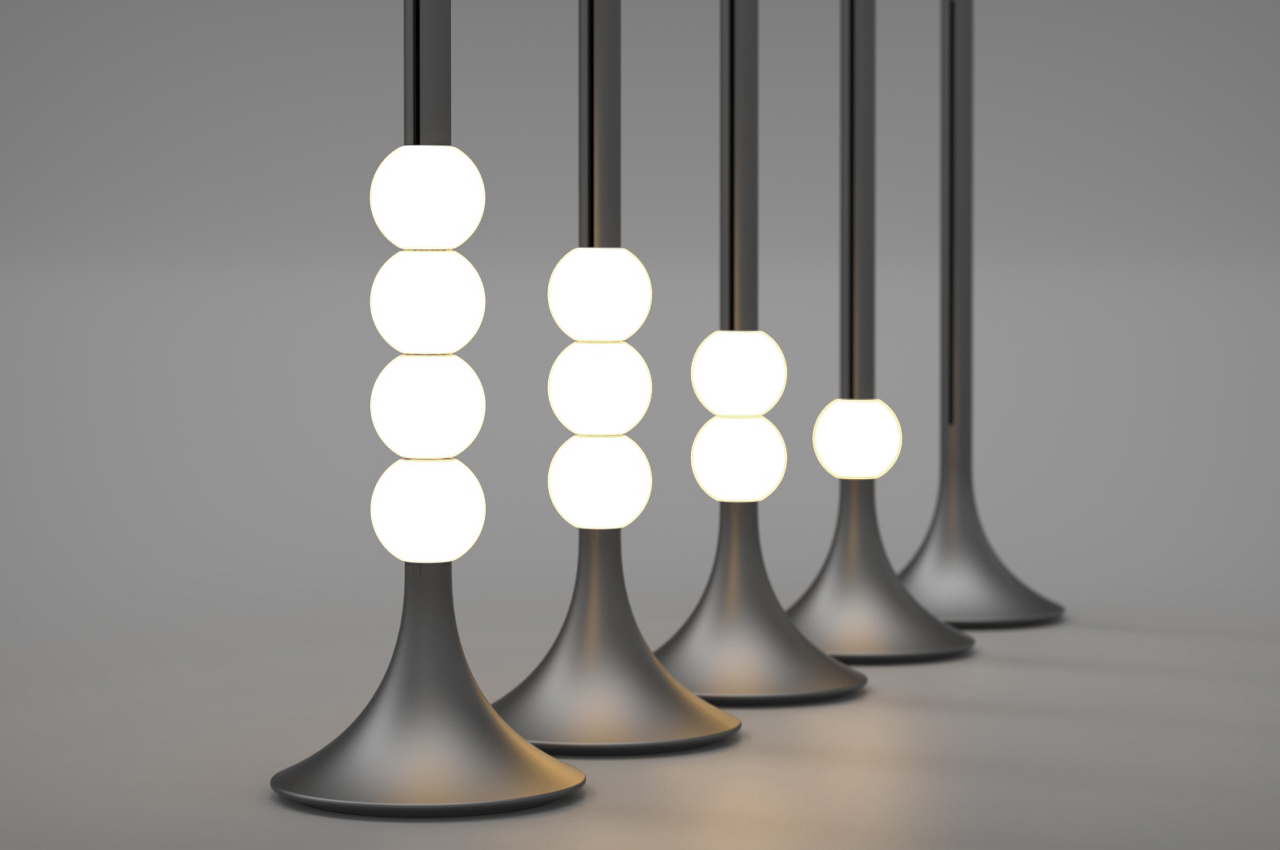 Designed for users to witness how much energy they consume when using light fixtures like lamps and LEDs, Pranjal Uday’s Abaculux is a clever reinterpretation of the ancient counting tool we’ve relied on for accurate measurement for centuries. Inspired by the abacus’s shape and design, Abaculux is familiar in appearance but unconventional in design, enhancing its ergonomic build and savvy look. 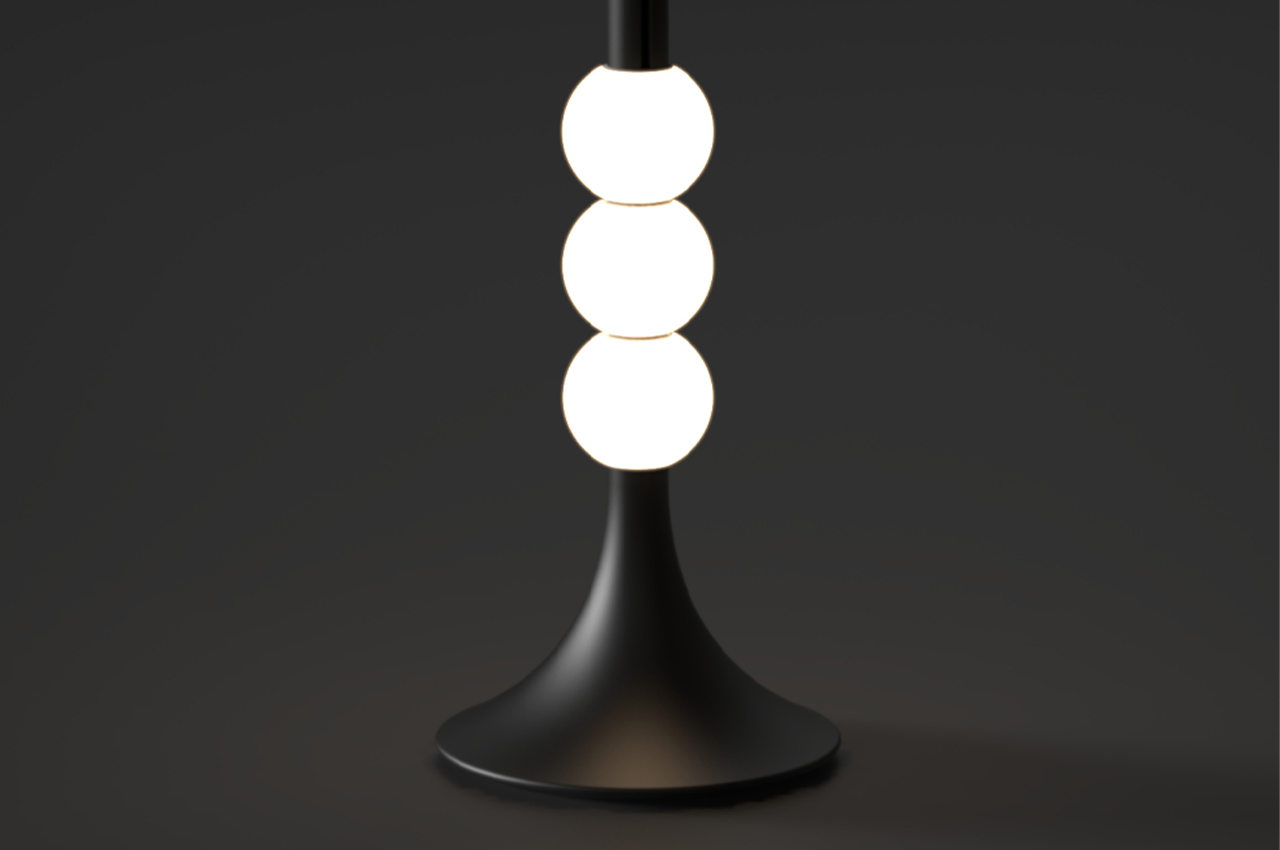 Users can either let the light bulbs bunch up at the pole’s bottom or leave them to spread out. 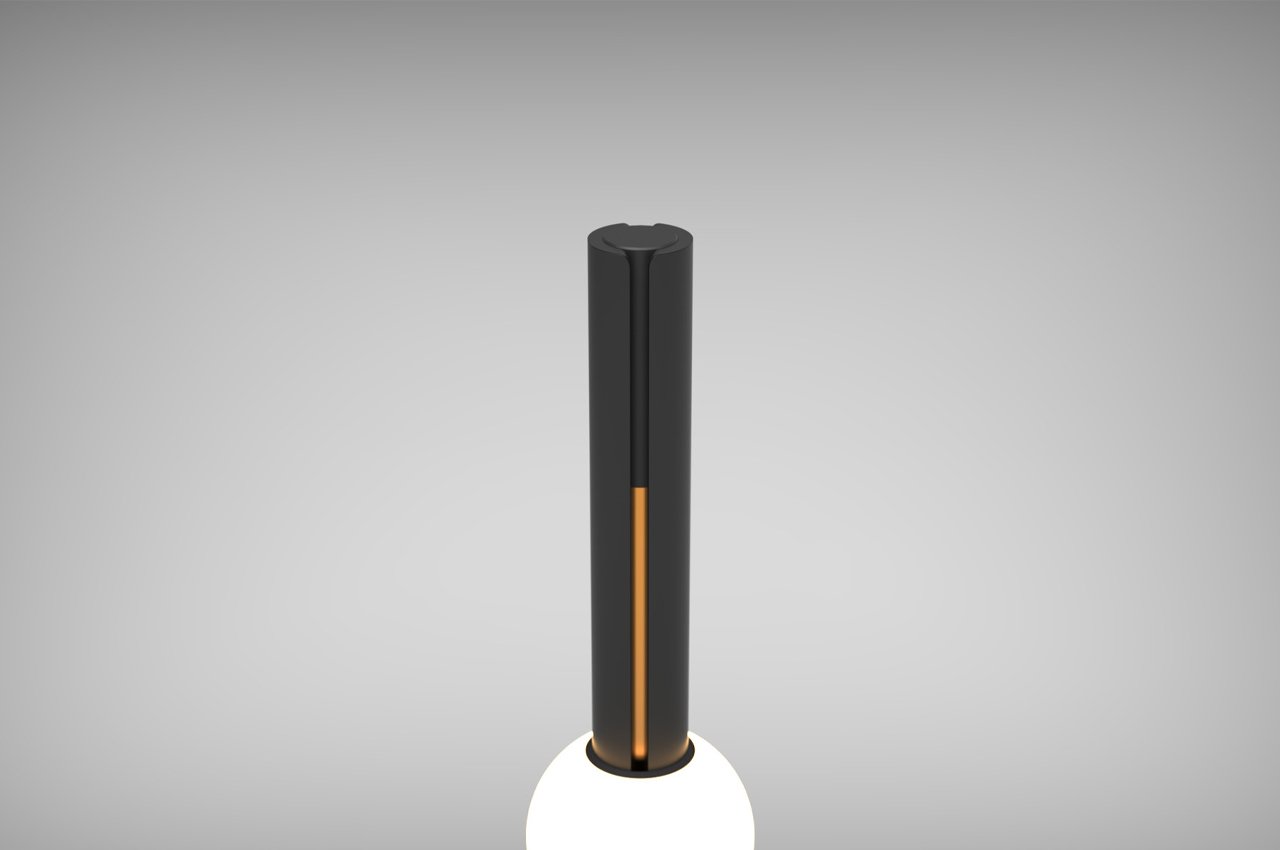 The conduction terminal gives light to each bulb when connected.

These two family homes are connected by trees in the concrete alleys of Cipulir, South Jakarta

Flowering above the terracotta and metallic roofs of Cipulir, South Jakarta, two trees emerge from concrete. On a 70-m2 plot of land, wedged between the…

One thing that still amazes me about product design is that sometimes a good product can be painfully simple, yet strikingly alluring. The Little Bishop…

Furniture designed with hidden details that put your IKEA furniture to shame: part 3

IKEA has become a staple of our modern furniture scene. So well have they mixed mass-produced convenience with cheaper prices, we have almost forgotten what…

A Light That Has Personality!

We love a product that has a bit of personality about it, and every so often we come across one that we just can’t resist…