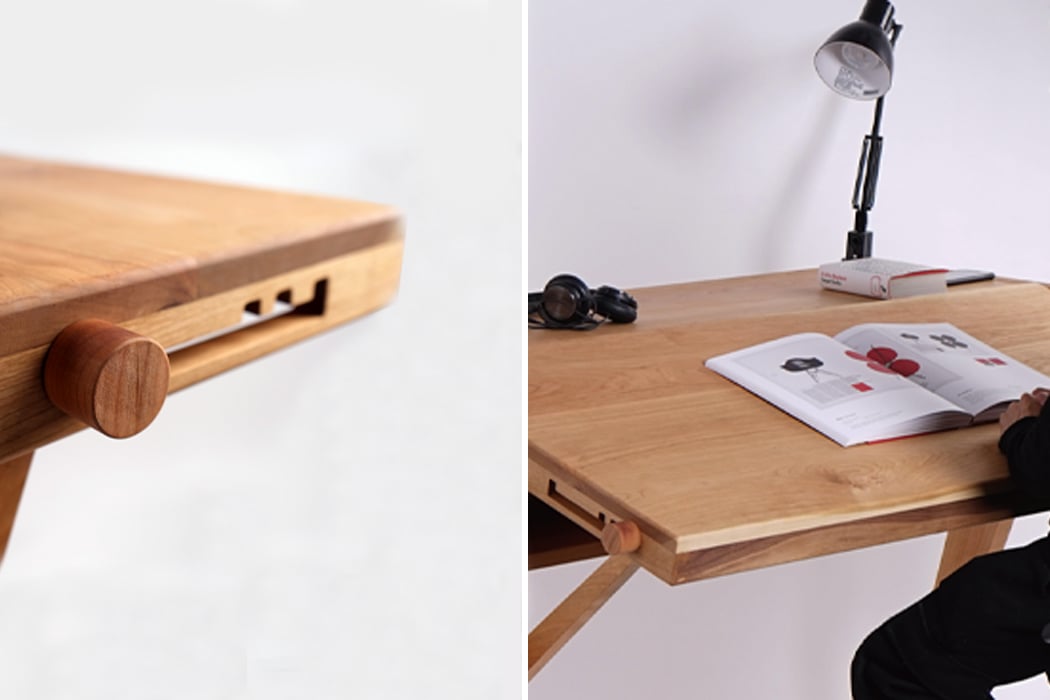 Artists spend a lot of time at their desks. It’s where all the magic happens. When they fail to provide what we need them for, it can get…frustrating. Sometimes it has to do with the height of the desk– the legs might be too short, resulting in using your spine to bend over the desktop just to get the final touches of a project done. Or, it could have to do with the angle of the desk– if it were just angled slightly lower, maybe the final draft would have already been completed. Recognizing the multiple issues that arise with artists, specifically designers, and their desks, Long Chan constructed Lift, a desk that can adjust to meet your needs.

From the right angle, Lift almost appears like a heavy-duty, oversized wooden TV tray table, but looking at it head-on, it’s rectified as the designer’s workstation. While my days spent eating chicken noodle soup on a TV tray table while watching Cartoon Network are over, Lift utilizes a sliding mechanism that echoes the same one as the iconic living room staple from yesteryear. In order to assume different shapes, Lift depends on two sliding wooden pegs on both sides. The sliding wooden pegs on Lift’s front legs lower the desk’s working space to assume the shape of a traditional writing desk, with additional storage space is made available in the process, similar to that of a traditional secretary desk. Then, the other sliding wooden peg, placed along the side of the desktop, adjusts the desktop to form a drawing workstation, which sets the working space of the desk at an angle.

Being a designer himself, Long Chan felt inspired to create Lift for those fussy scenarios where a traditional writing desk just doesn’t cater to all the needs of a designer. Speaking to this, Chan says, “When the designer needs [to work in] digital…mode, he can move the height to 85cm by rotating the axis on both sides. When the designer needs to take a rest or stand, he can adjust to 110cm height. Of course, users can adjust the angle of the table while sitting, so they can draw easily and not be bothered by the problem of incorrect perspective.” 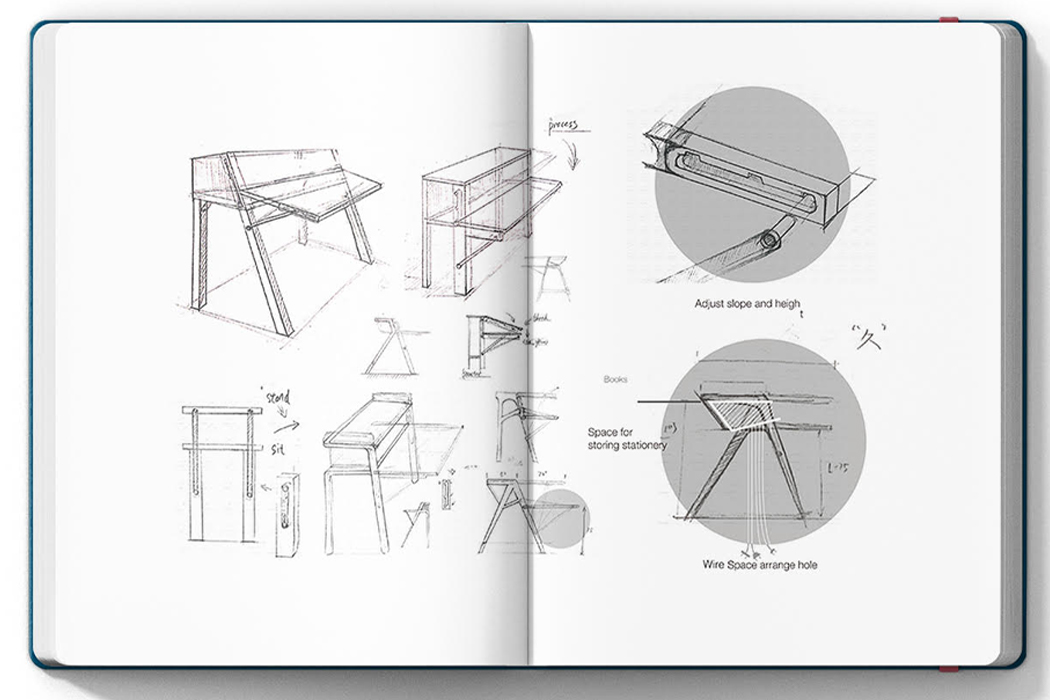 With deep cabinets like that of a secretary desk, Lift provides ample space for both working and storage. 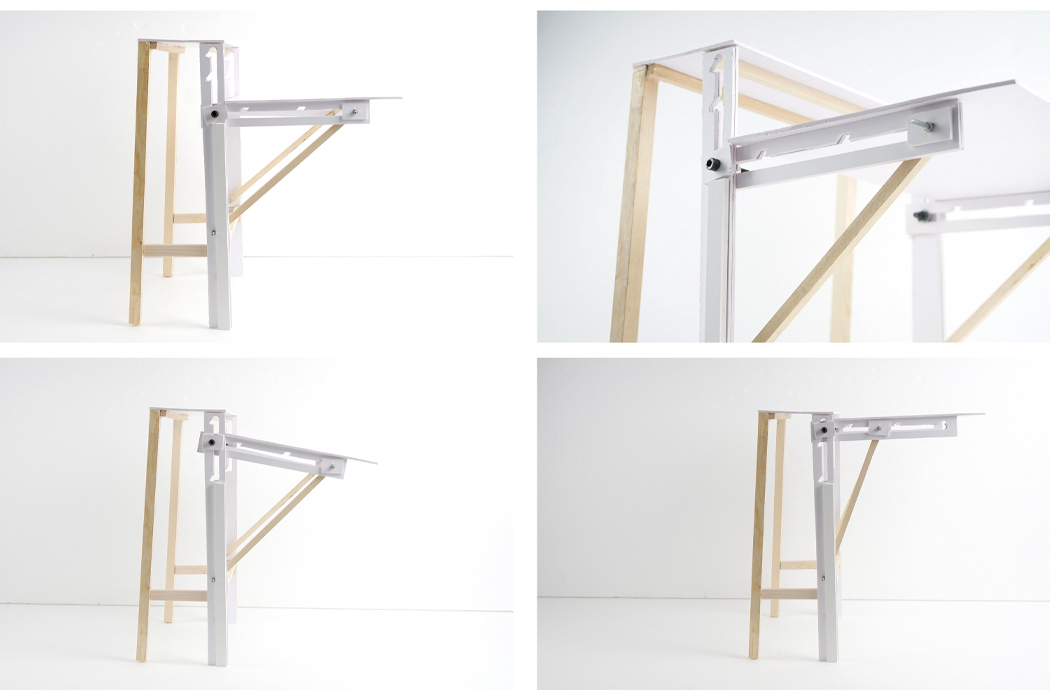 Lift’s prototype shows the four different positions it can assume. 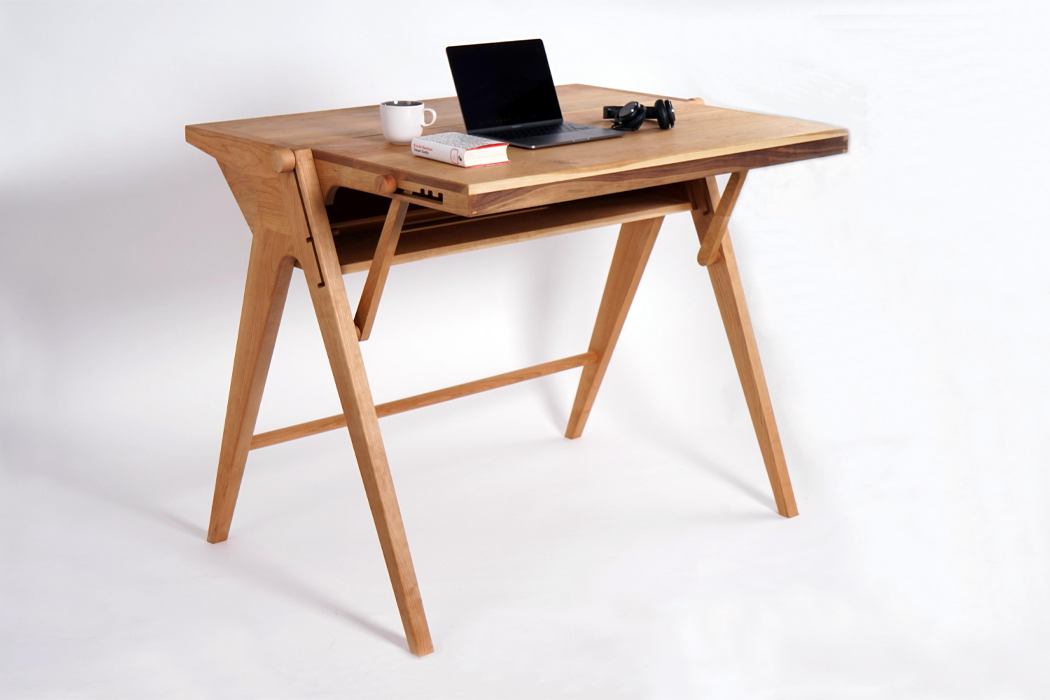 Lift’s form as a writing desk. 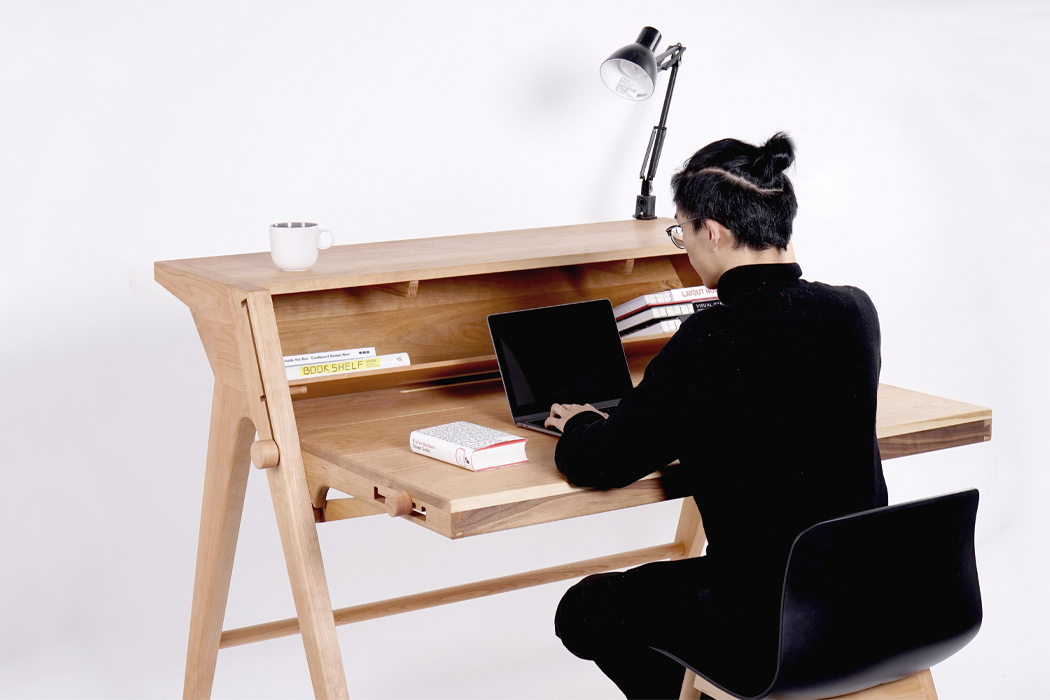 When the leg’s sliding wooden peg is activated, Lift takes the shape of a traditional secretary’s desk. 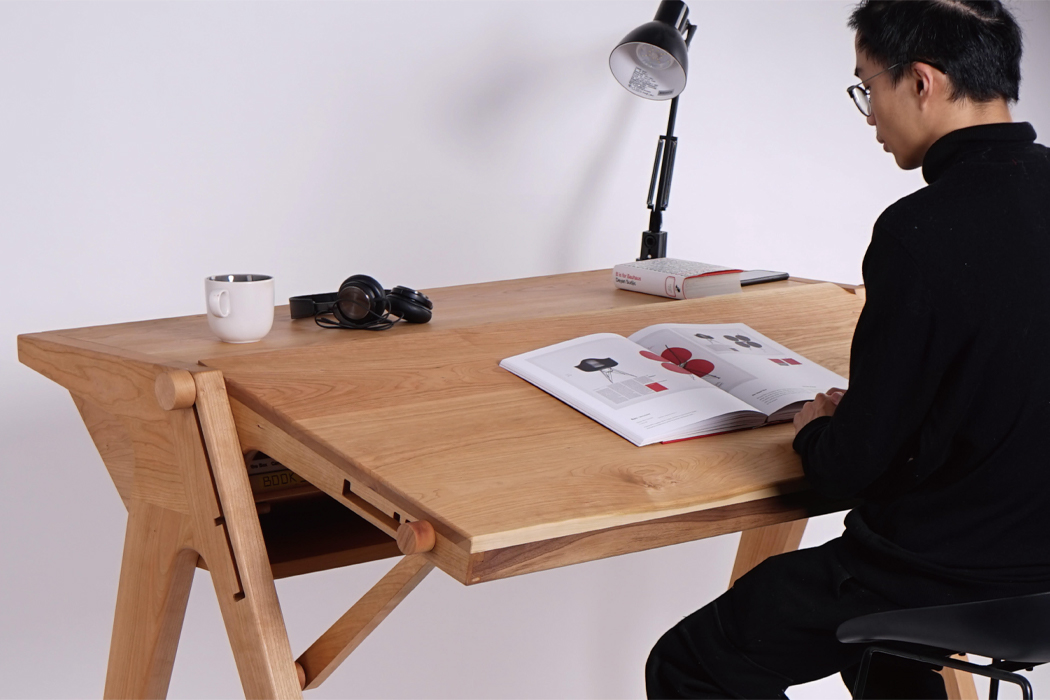 Or, adjust the angle slightly to read or draw without having to compromise your line of sight. 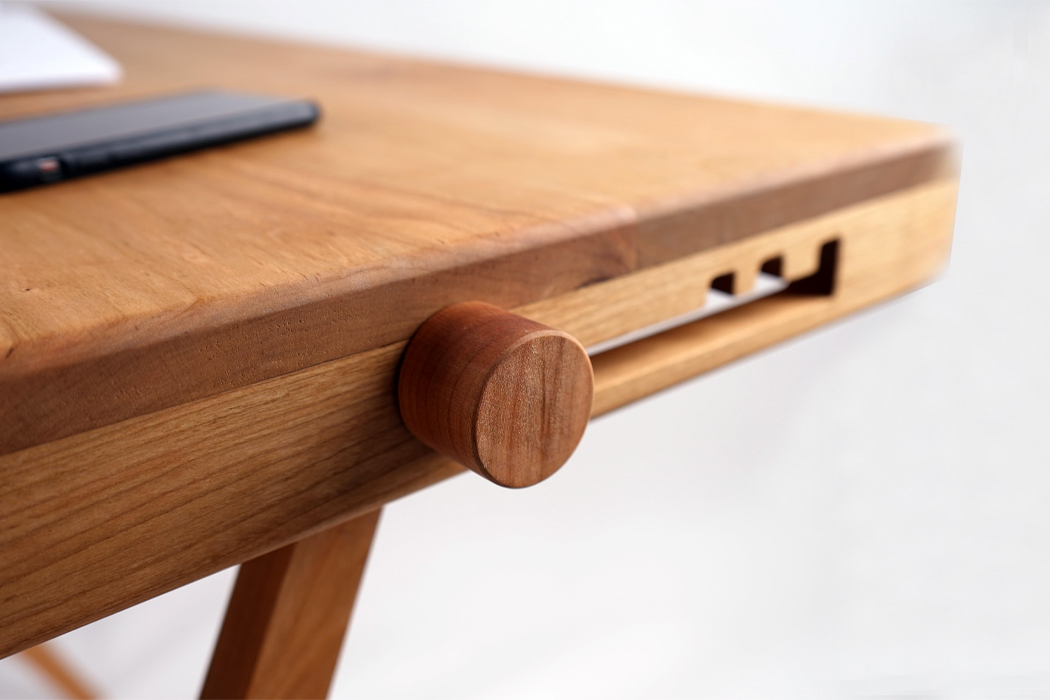 Lift’s versatility depends on the four wooden pegs that frame it.

This device is an Oxygen farm

This one’s going to blow your mind away. Do you know which plant’s responsible for 70-80% of the oxygen you breathe? It’s just one species….

You can’t teach an old dog new tricks. So what do you do? Design a new dog! In comes the LUMINOSE Lamp, created by Márton…