Imagine not being bound to a 2-dimensional board or gaming surface. Imagine taking your video-game’s 3D space and bringing it into the real life to have a player-versus-player board-game. That’s sort of what Gridopolis is trying to create, a game where you compete against one another, much like traditional board games, but not on a 2D surface. Gridopolis lets you build, customize, and reiterate your gaming surface in 3D! You can create a board that’s as complex or as easy to play on as you wish, and the game even allows you to customize your board as you go, like Minecraft in real life, building newer levels and portals along the way!

Gridopolis was envisioned and created by Dave Schultze, an award-winning designer who believed board games had a tendency to become restrictive, repetitive, and just feel boring. With a dynamic gaming surface that exists in 3 dimensions, Gridopolis embraces adventure and encourages the unthinkable, prompting you to exercise your creativity to build a multi-level gaming surface. Depending on the game-length and complexity, you get to build a board that’s either conforming or completely haphazard… and rather than be restricted to the board you’ve built, Gridopolis even lets you expand your board’s design as you go, adding multiple twists to the game by allowing you to strategize your victory!

Gridopolis, in every way, is the antithesis of board games (probably because there’s no flat board to begin with). A combination of building, playing, and overall strategy, Gridopolis even has flexible rules. The box set comes with a set of gaming guidelines, but Schultze encourages people to develop their own rules and strategies. Whether you want to play variations of chess, draughts, ludo, or backgammon, with two, three, even four players, Gridopolis provides you with the framework and ability to build your own board, and design your own game. Heck, you could even play your own variation of PUBG or Fortnite if you wished. In the box, you can find the board construction kit, consisting of posts, links, and landing pads, as well as player pieces (along with some special pieces that help unlock powers).

A winner of two gold awards in the 2018 International Design Awards, Gridopolis is board gaming that’s literally out of the box. You can do much more with it rather than just moving forwards, backwards, and sideways. With Gridopolis, you can also jump up, down, and even teleport… all while playing the game of your choice, or a new game every time! Trust me, you’re not going back to playing boring old 2D board games! 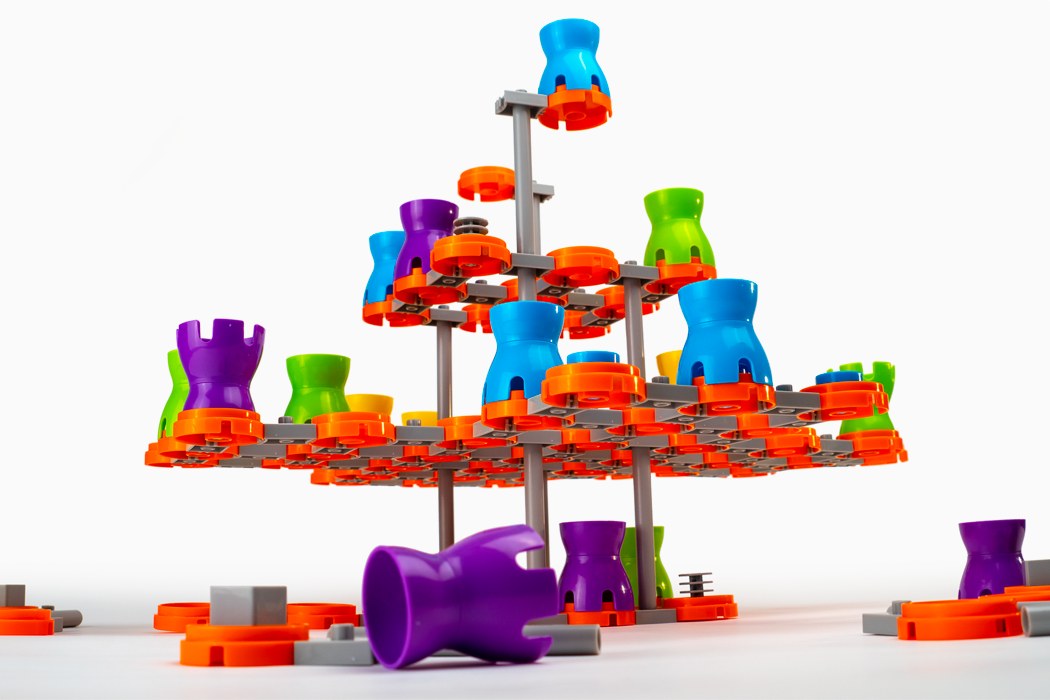 Gridopolis is a multiplayer award-winning 3D strategy game and that is ALSO a flexible and extendable game system. With two years of research and development so far, the game has already been tested and played by industry professionals, reviewers, parents, gamers, and lots of enthusiastic kids. 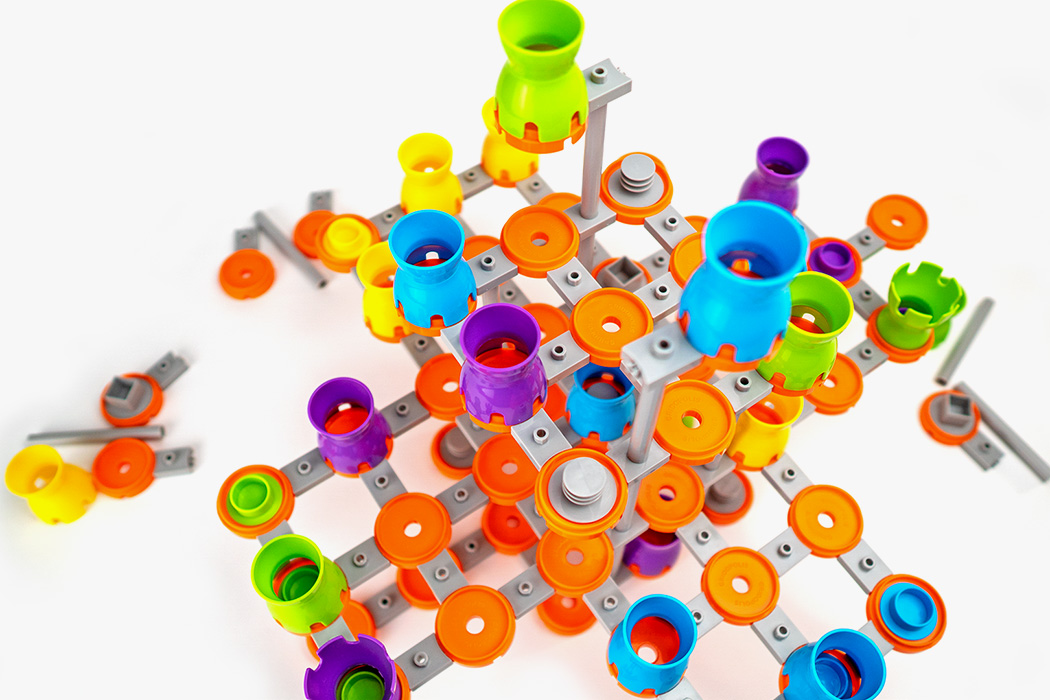 It use rules you probably already know from classic games like checkers, chess, and even tic-tac-toe. Except it’s now playing in three dimensions! In those other games, you might have one or two possible moves with each piece. In Gridopolis, you can easily have more than ten places to move! 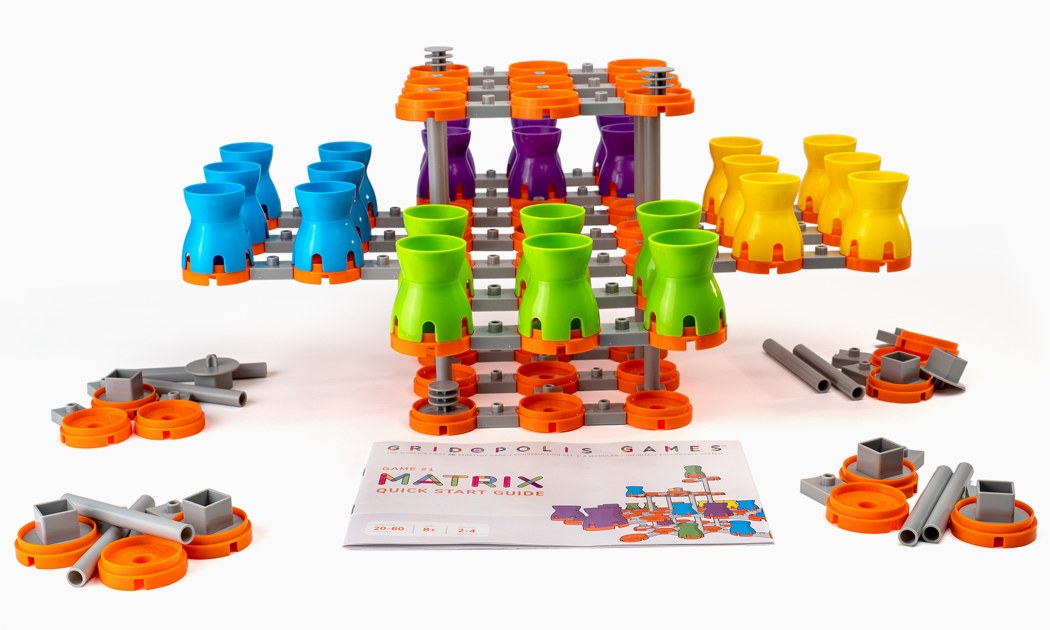 The System is Modular

There are only seven total parts. Just three are needed to build your 3D board, known as the ‘grid-set.’ You then play in three dimensions. This ability is a major innovation in tabletop games. 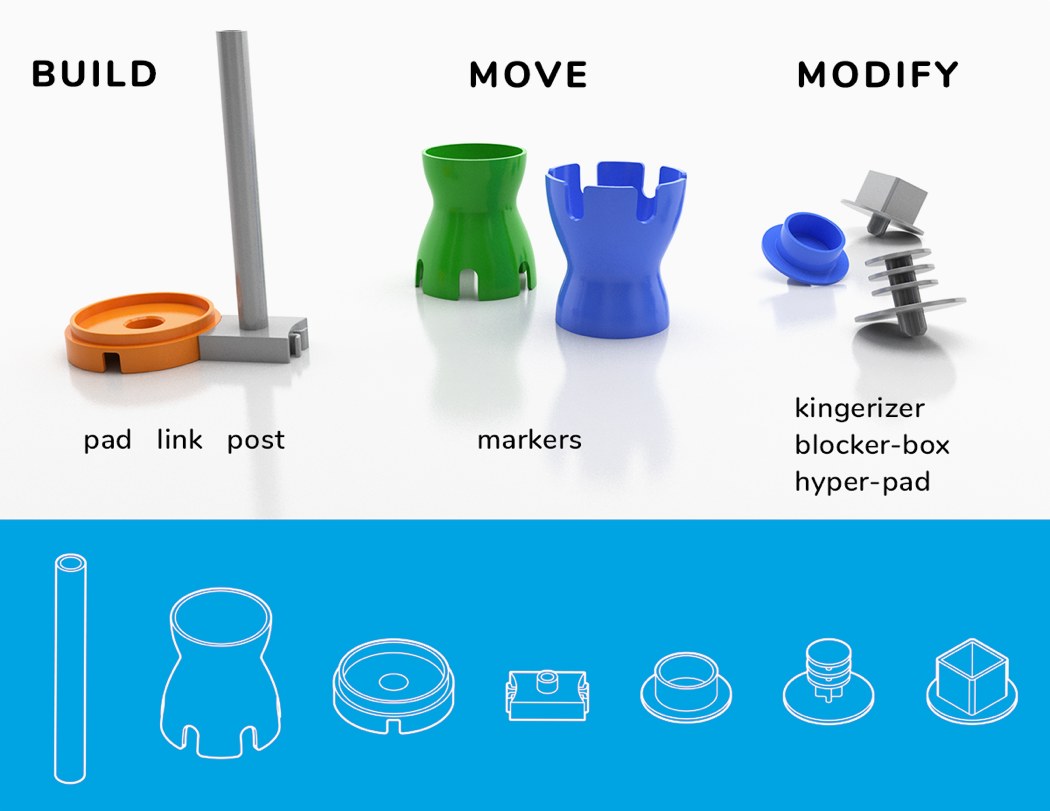 The Game is Dynamic

Each player gets extra parts at the beginning of a game. During the game, you can either move or build. That means the grid-set expands (and contracts) during gameplay! The grid-set you start with is not the grid-set you end up with. It’s another innovation. 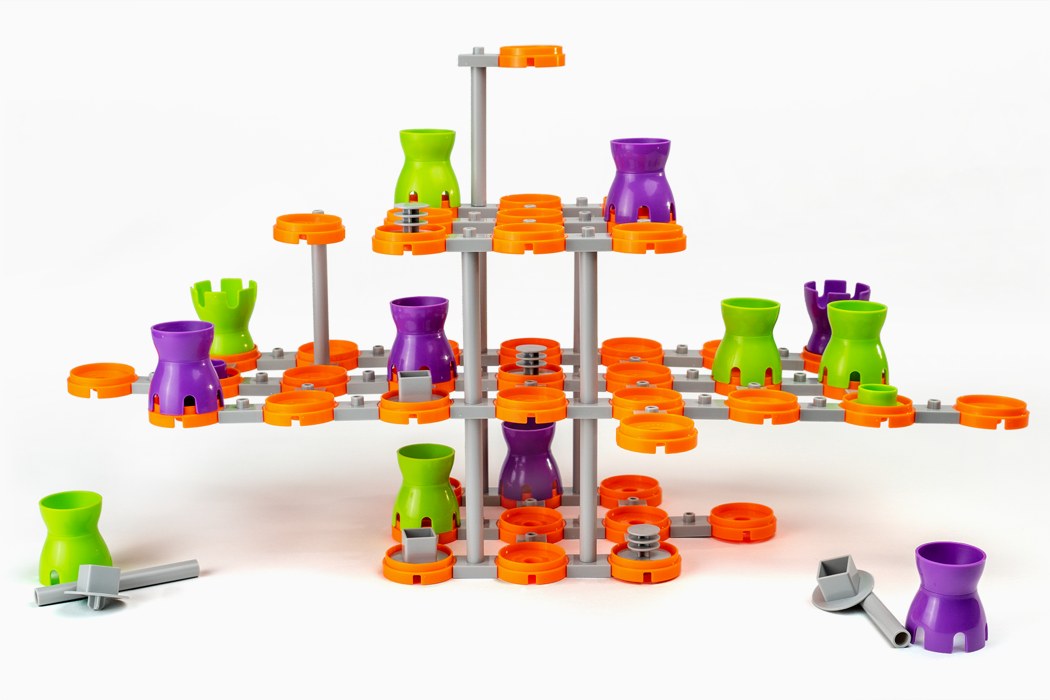 Building your Grid-Set is fast and easy. It takes no more than ten minutes the first time. Future games will take even less time because you can keep most of the parts connected when stored. 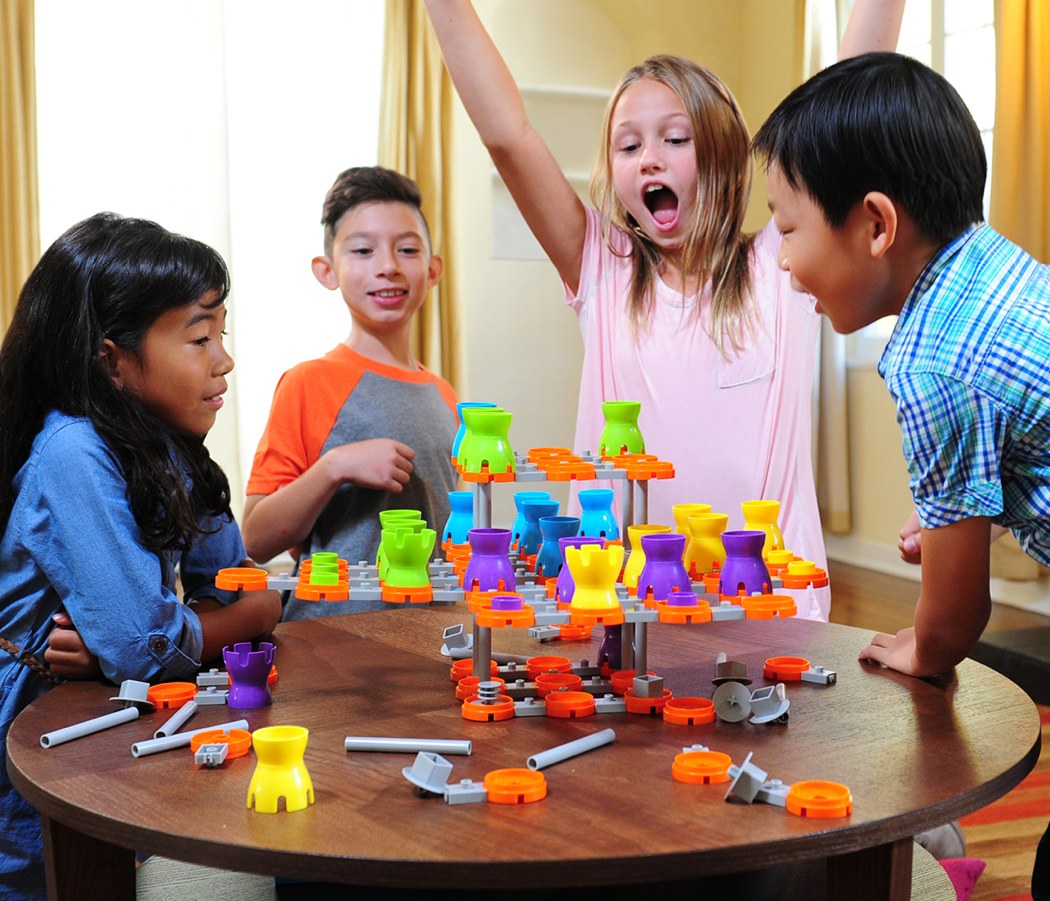 They have received some amazing reviews. Here are a few highlights:

– Blogcritics says “Gridopolis takes space-age play to the table. It’s a 3D game that feels like something people should have been playing for centuries.”

– Unfiltered Gamer says “The game has great potential for children and their families! What a cool concept.”

– Tabletop Family says “I’m always looking for clever ways to introduce various concepts and keep my kids engaged in their education. From the first time I played Gridopolis, I was flooded with ideas for how it could be used in our homeschool or even the traditional classroom setting.”

The objective is to eliminate your opponents’ player markers. You do this by jumping over them. Easy! You can attack from above, below, and at crazy angles. You can also play a timed game by tracking points.

Each set comes with 217 total pieces. That’s enough for two, three, or four players. But, there are only seven unique parts in the entire Gridopolis system. This makes things easy to learn ─ and fun to play.

They developed Gridopolis to include education and learning from the very beginning. The challenge was to make it as educational as it was innovative and fun. 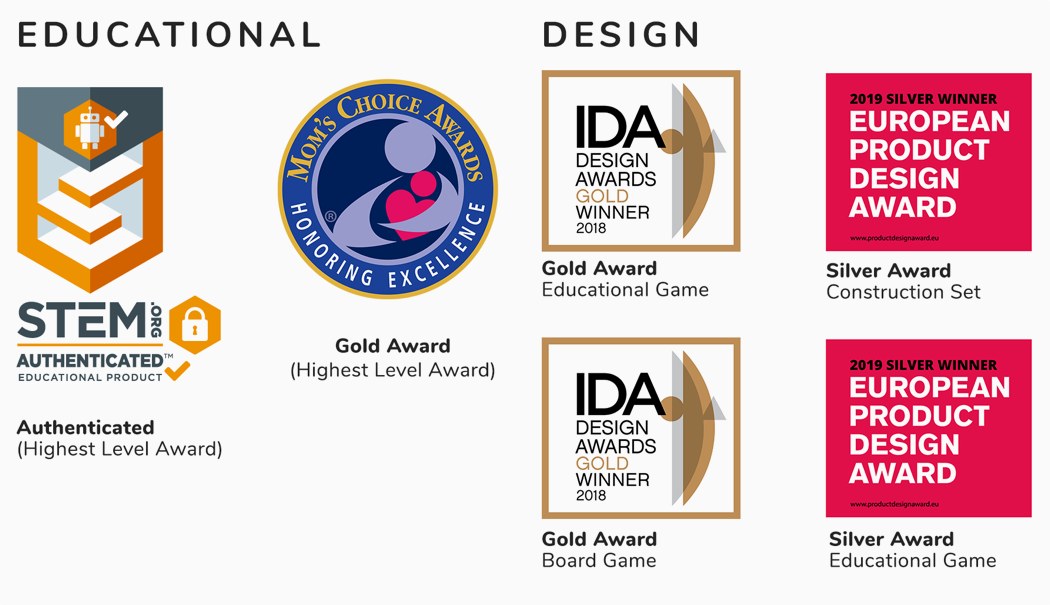 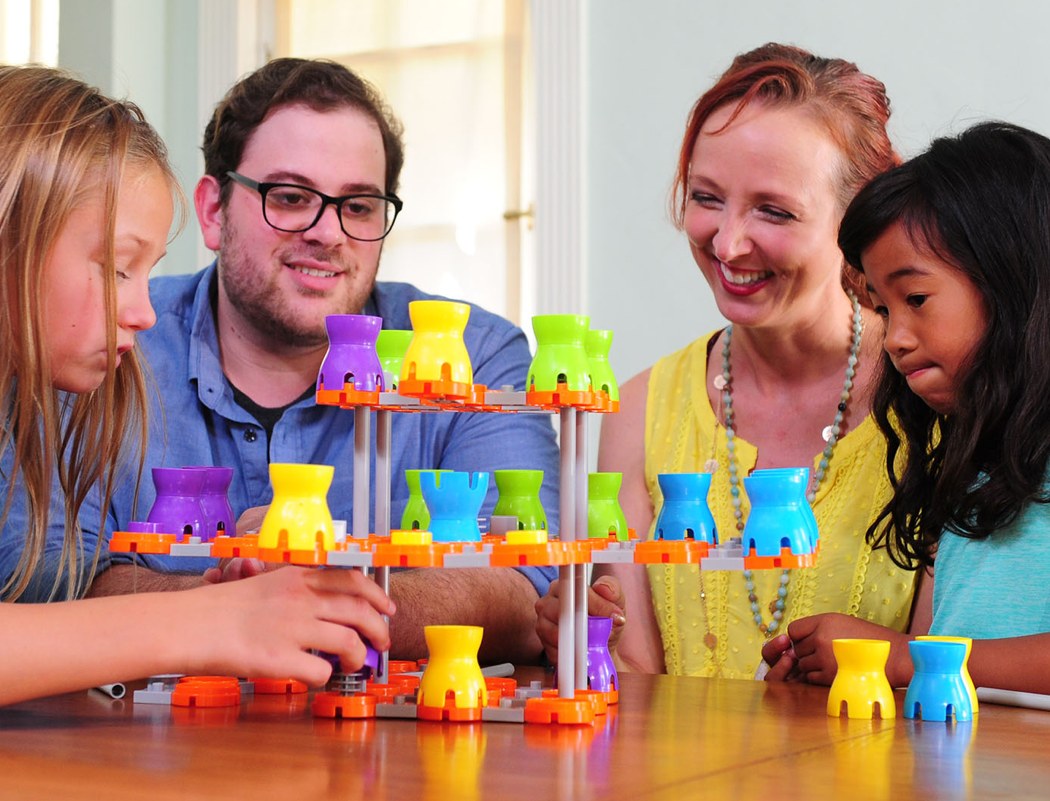 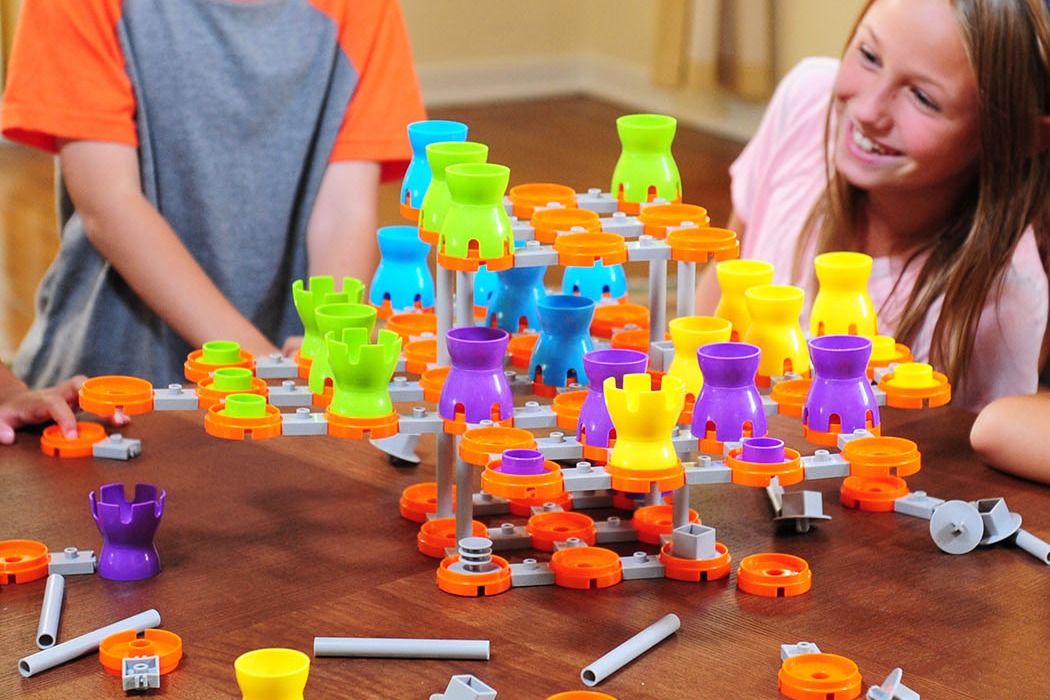 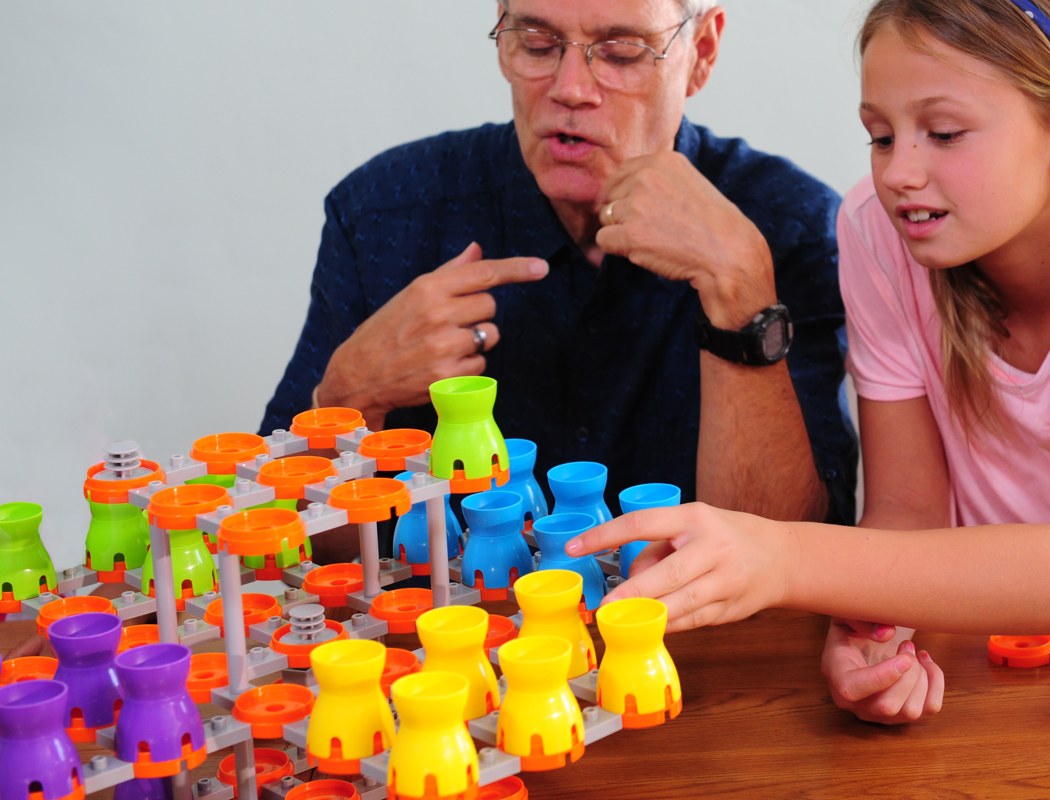 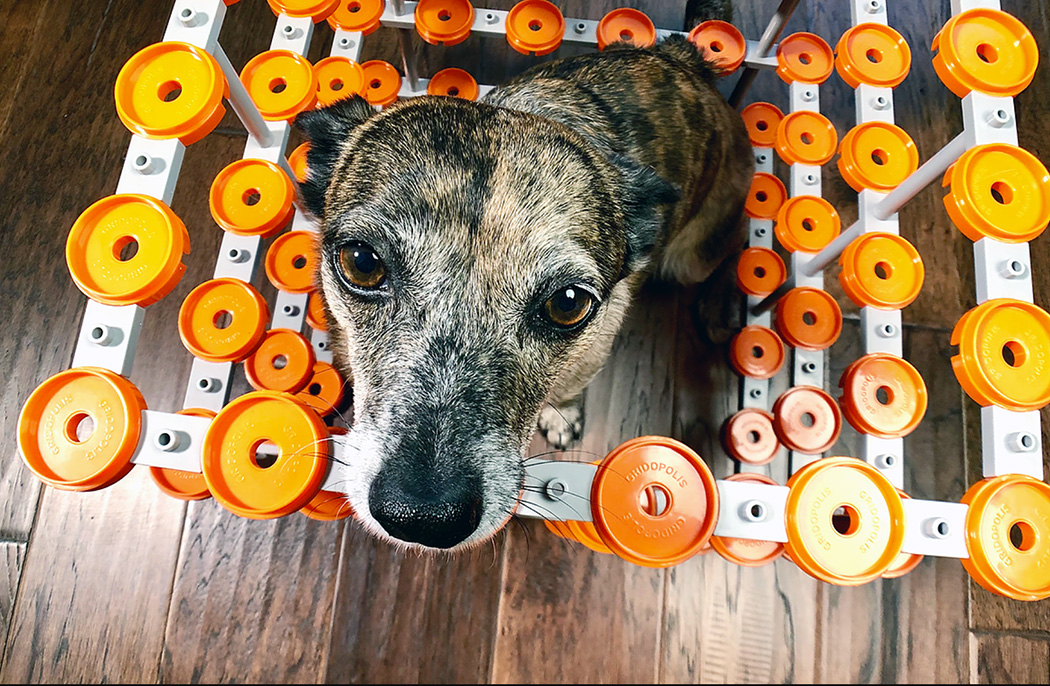 Gaming accessories designed to give you the ultimate immersive and gamestagram setup!

Being a gamer, one thing is true – the immersive experience provided by having a great setup amplifies the entire game and makes you really…

Now THIS is a proper armchair. Designer Jonas Lindvall had softness in mind when he crafted this lightweight stackable. The seat, back, and armrest are…

There are just two trivial things that Apple refuses to do – 1. Put a calculator app on the iPad, and 2. Put a camera…