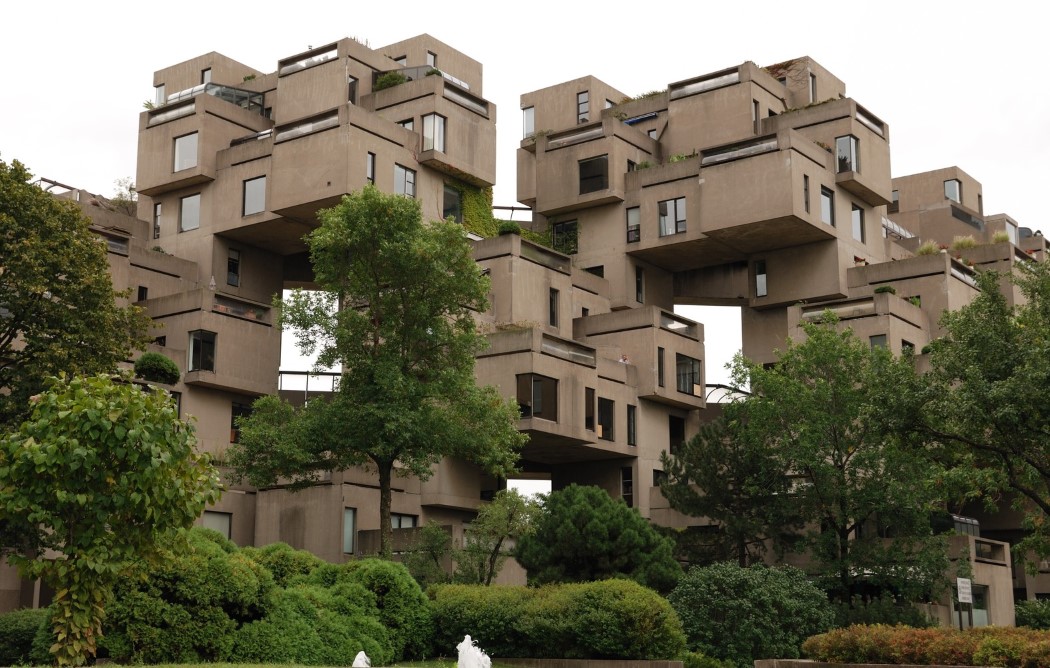 This Brutalist building looks like an urban Brazilian favela with the way it spreads all over the place creating a 3D landscape of buildings. Designed by renowned Israeli/Canadian Architect Moshe Safdie, the Habitat 67 is now considered one of Montreal’s finest pieces of architecture, and a Canadian National Heritage Site… not to mention a source of inspiration to architects world over.

The habitat comprises 158 homes stacked above one another, forming a 12-storey complex located beside the Saint Lawrence River in the center of the city. Each home has its own rooftop garden, as a result of the way the concrete boxes are arranged. To allow the prefabricated construction process to take place on site, a factory was set up adjacent to the site to produce the concrete modules, which were then connected by high-tension rods, steel cables and welding. The building was debuted at the Montreal World Expo back in 1967, commissioned by the Canadian government. According to Safdie, many of the original occupants continue to live in the building, and the architect also owns a private residence there.

From 1st June to 13th August, the Habitat 67 will be part of a special exhibition titled “The Shape Of Things To Come”, hosted by the Université du Québec à Montréal (UQAM) Centre de Design. The exhibition in Montreal aims to trace the trajectory of Safdie’s work and analyze the design principles implemented in the Habitat 67 project (his very first) and his works thereafter. As part of the opening of the exhibition, the University will host a free Moshe Safdie lecture on May 31, 2017, 5:30 pm, at the Salle Pierre-Mercure of Centre Pierre-Péladeau, Montreal, Quebec. 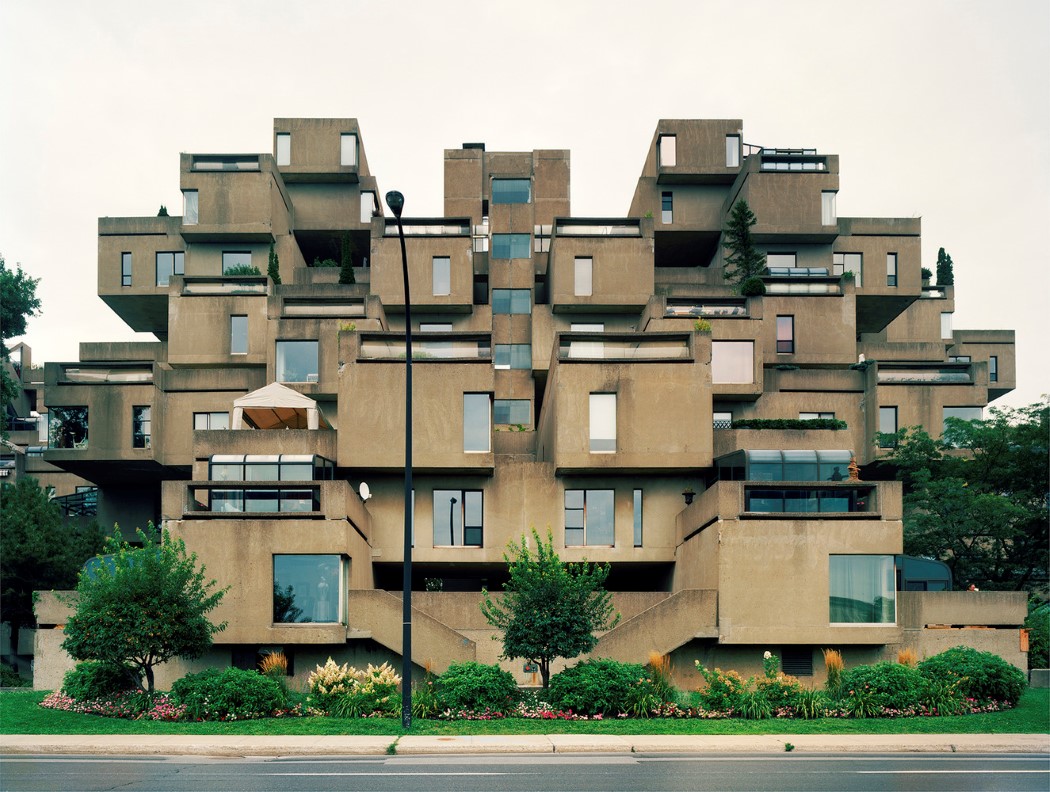 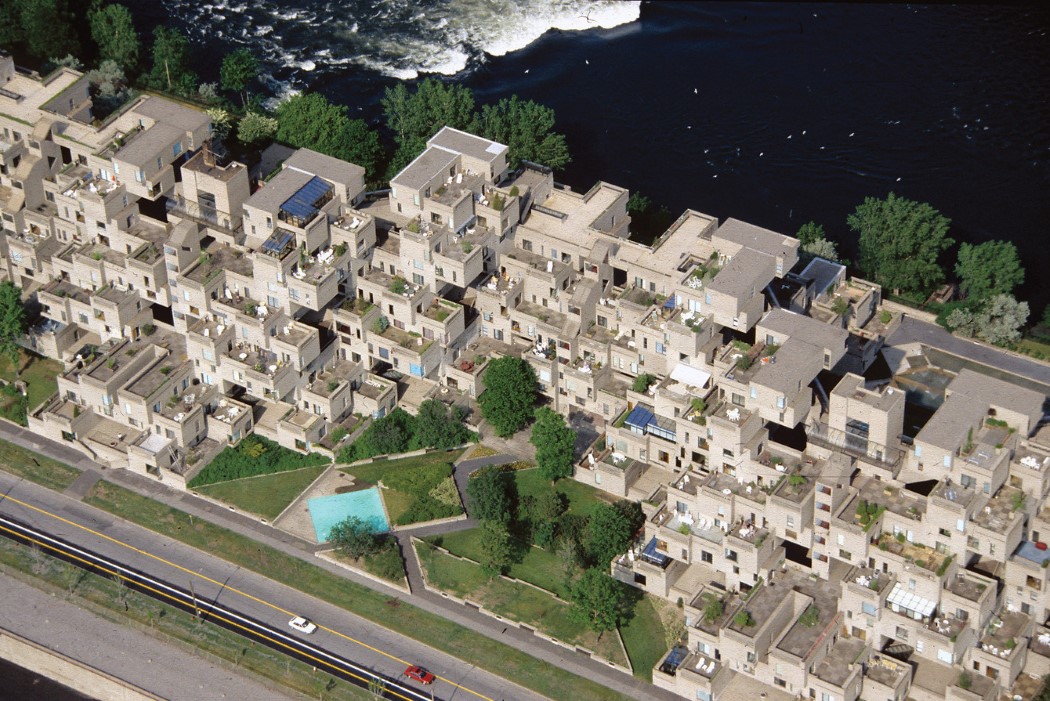 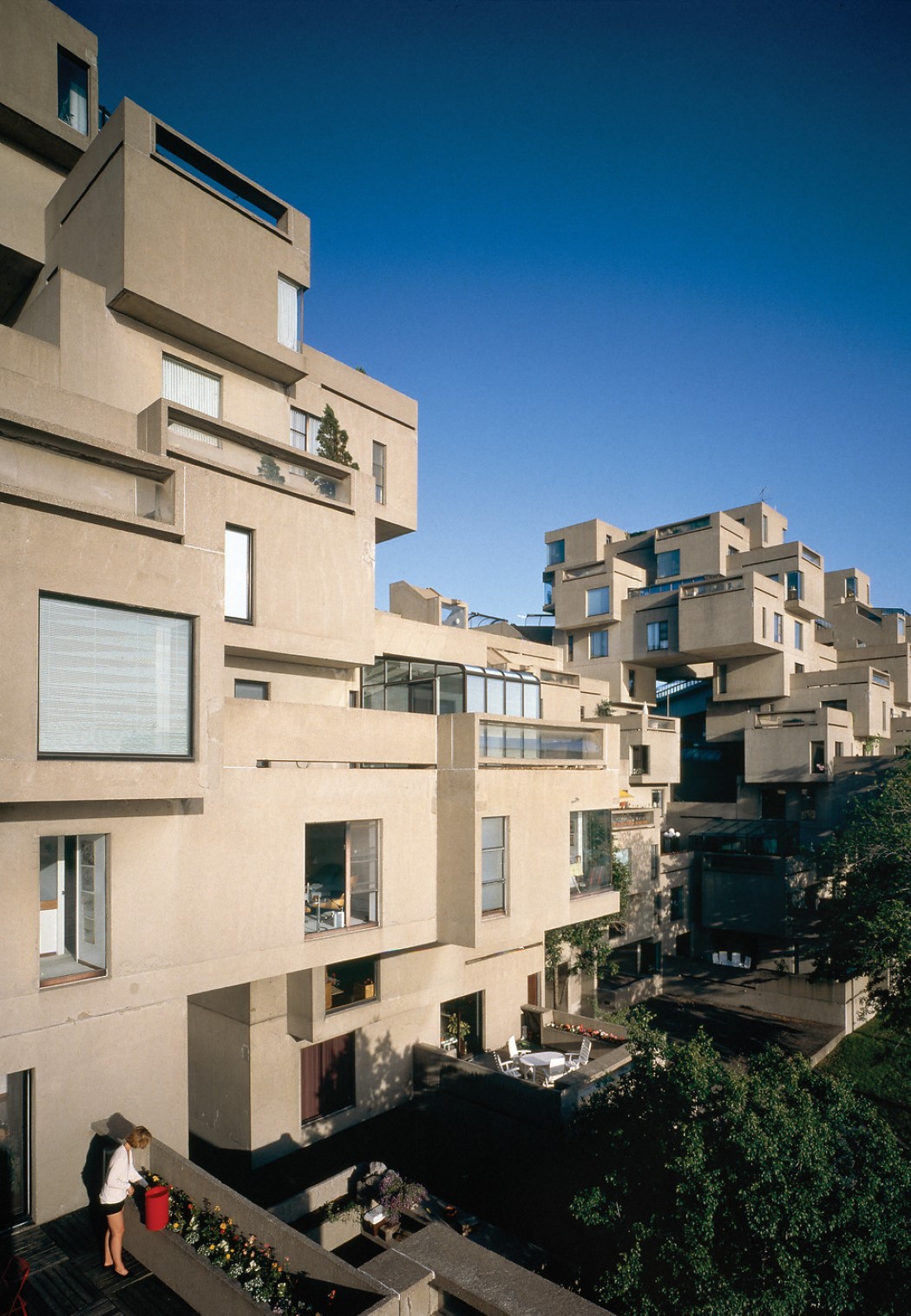 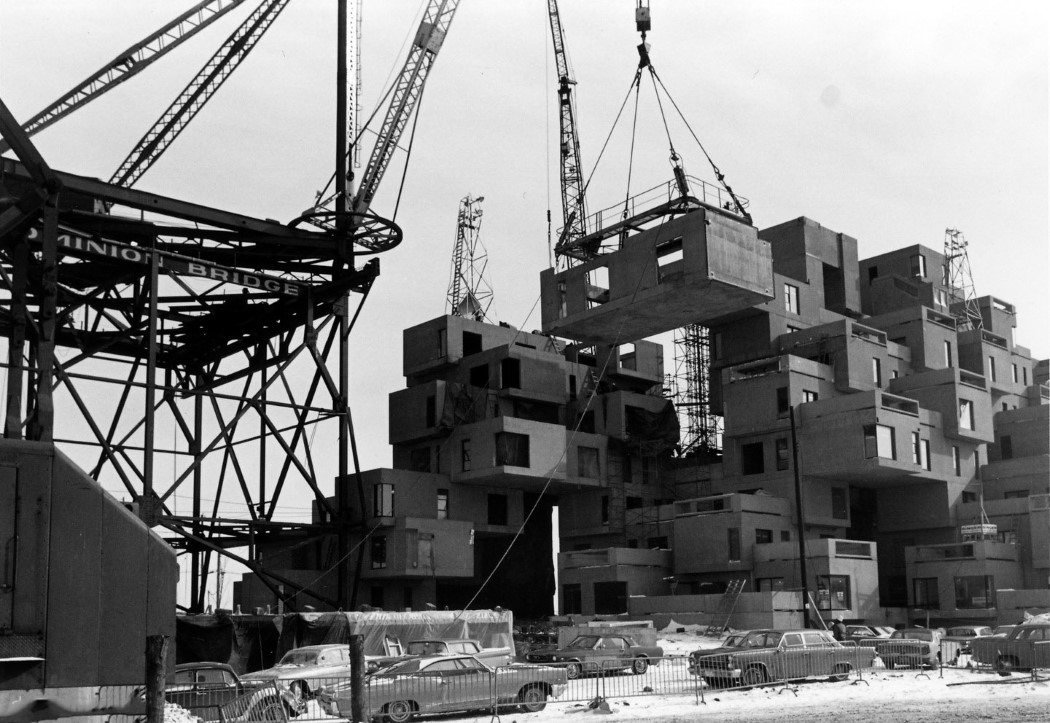 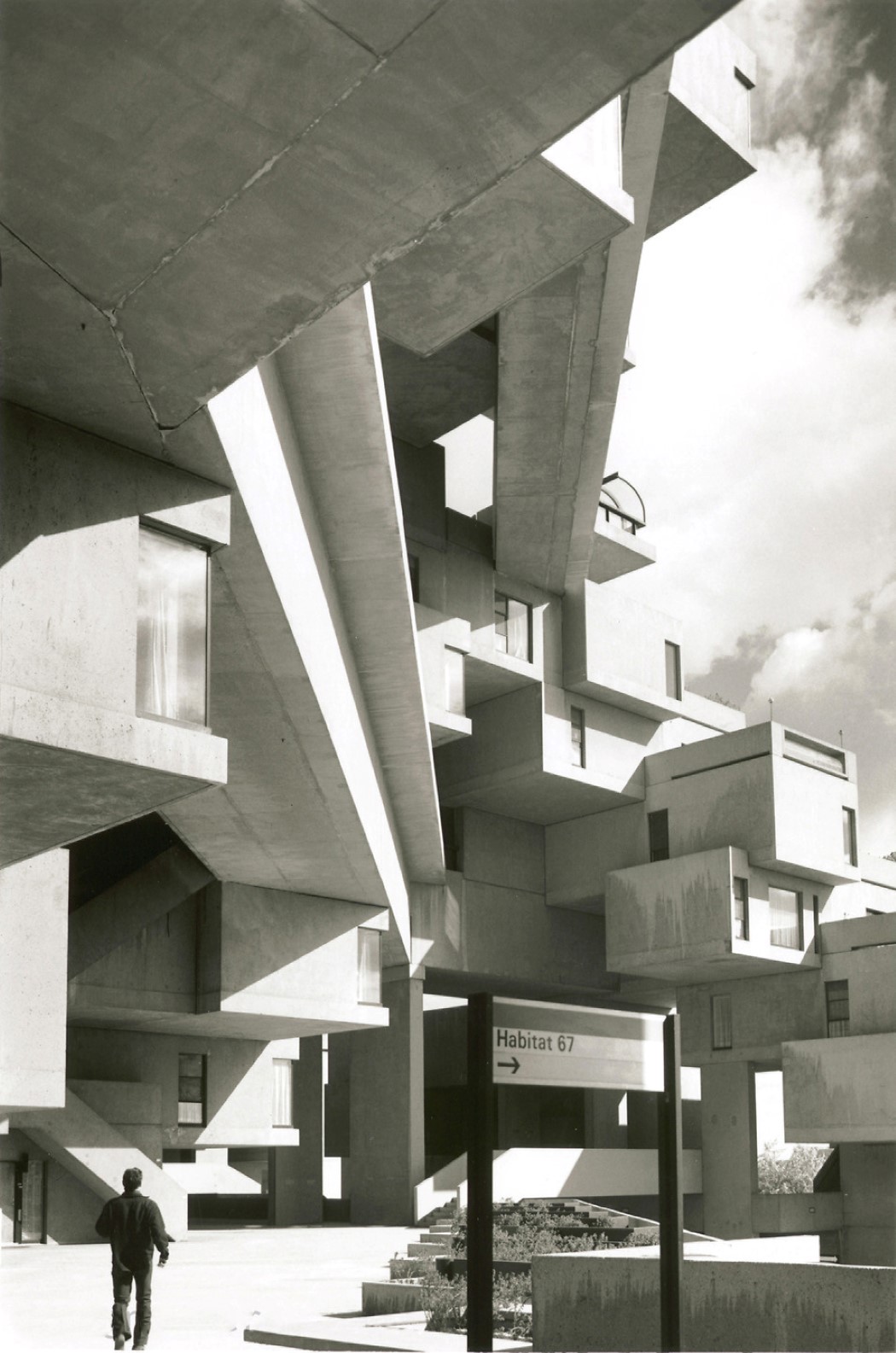 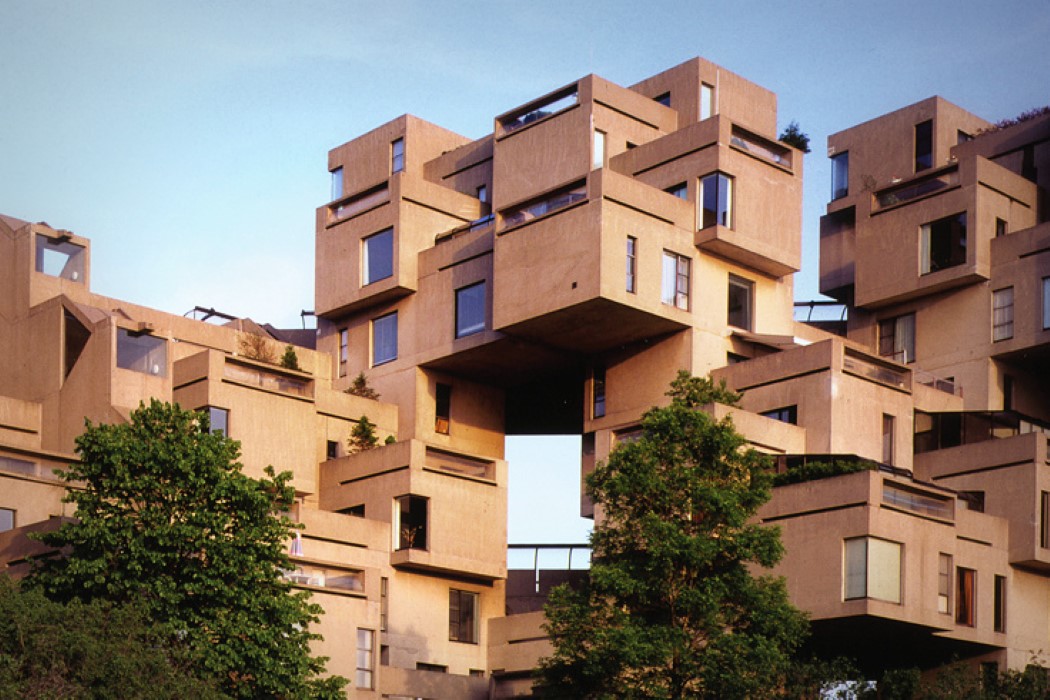 In 868, Floke Vilgerdsson went sailing from Norway to find what we presently call Iceland, along with his grandfather, three daughters, mother, and wife. Today,…

Guardian of the Amazon

The Rainforest Guardian Skyscraper rises above the canopy line to keep protective watch of the Amazon. The designs consists of a water tower, forest fire…

Most people would probably answer “a mansion” when you ask them what is their dream house. While a huge house with many opulent rooms would…