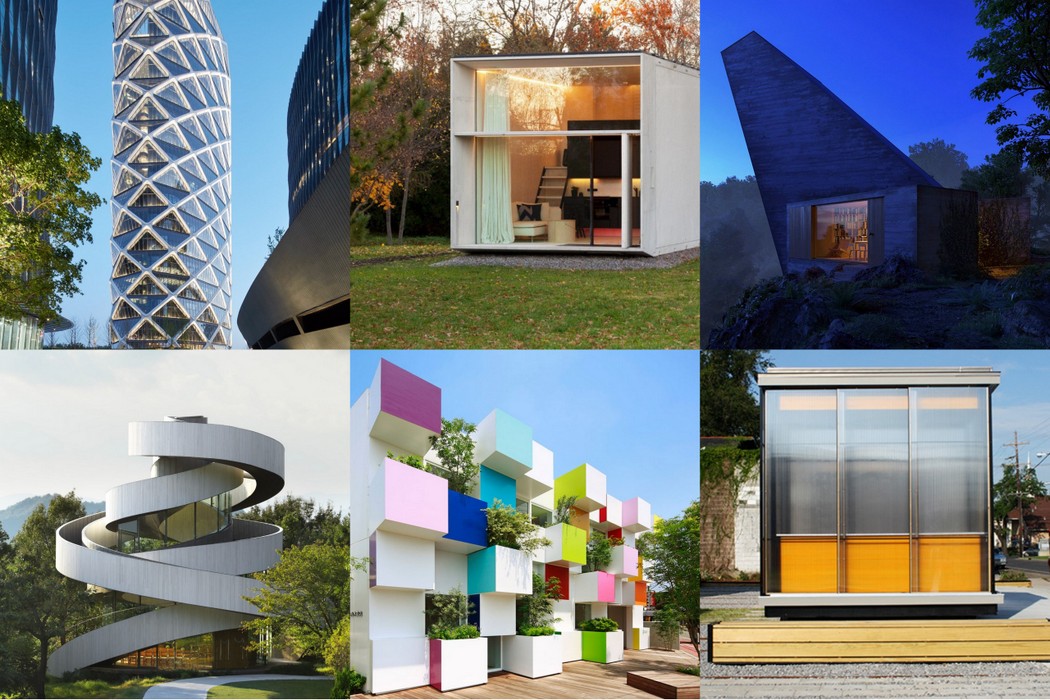 This is our fourth installment in the series, which means we’ve done this for a whole month! This week we’ve been bestowed with some truly amazing pieces of architectural work as Architizer’s A+ Awards come to a wrap. Alongside some of our favorite picks from everywhere, we’ll also showcase a few YD favorites from the A+ Awards this year!

1. It may interest you to know that one of the most prolific architects of our time, Moshe Safdie, responsible for the Habitat 67 (which we covered earlier this week), and the Holocaust Museum… is on Behance! Yes, his works are up on the portfolio site, and this one’s picked right from there. Known to work extensively with exposed concrete, Safdie Architects designed the National Gallery of Canada using the Brutalist style he’s well known for. He also makes extensive use of glass to make sure the building achieves two things. That it makes maximum use of natural light during the day, and looks like an absolute lit-up jewel at night! 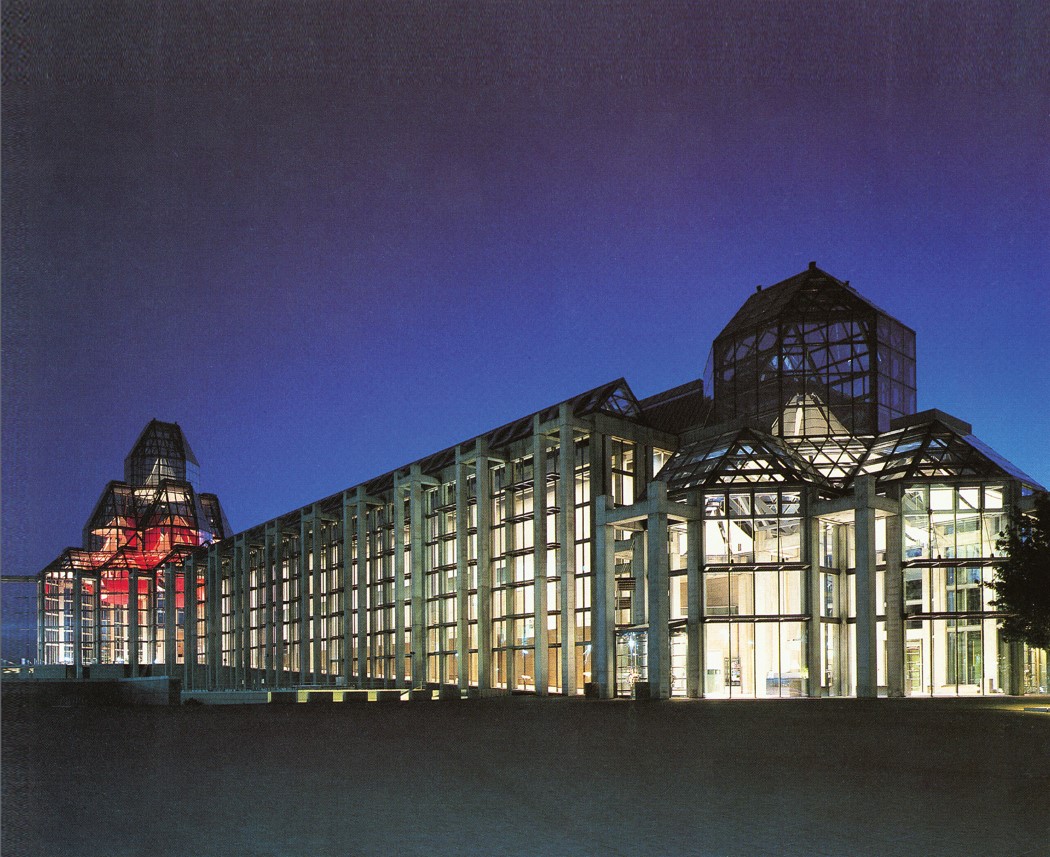 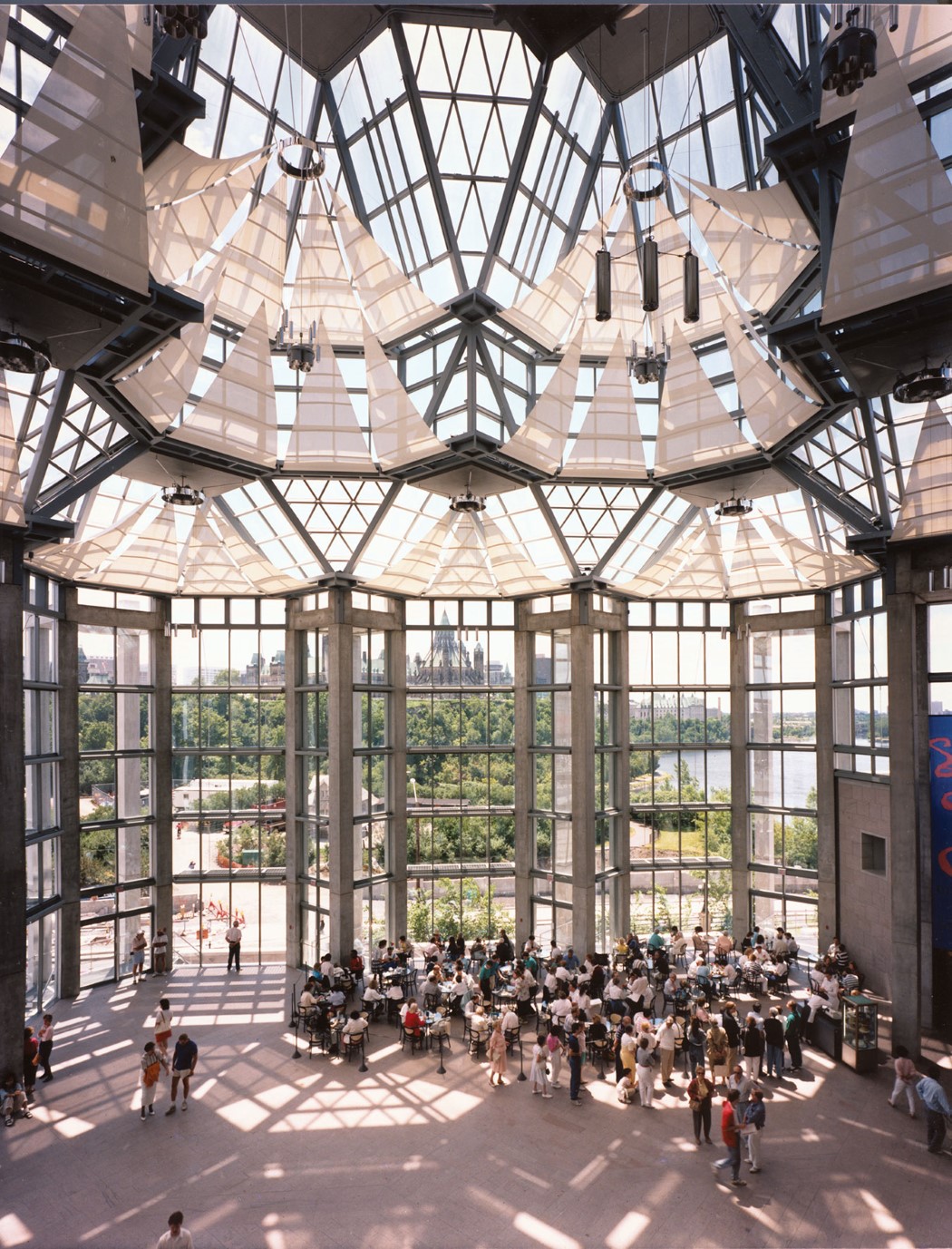 2. From the grand works of Safdie, to the quaint prefab homes by Kodasema. This tiny 25 square-meter apartment has everything you need and comes fully ready to live in. It also boasts of an additional feature. It can be completely disassembled, transported, and reassembled elsewhere in a day! Read our cover on the Kodasema here. 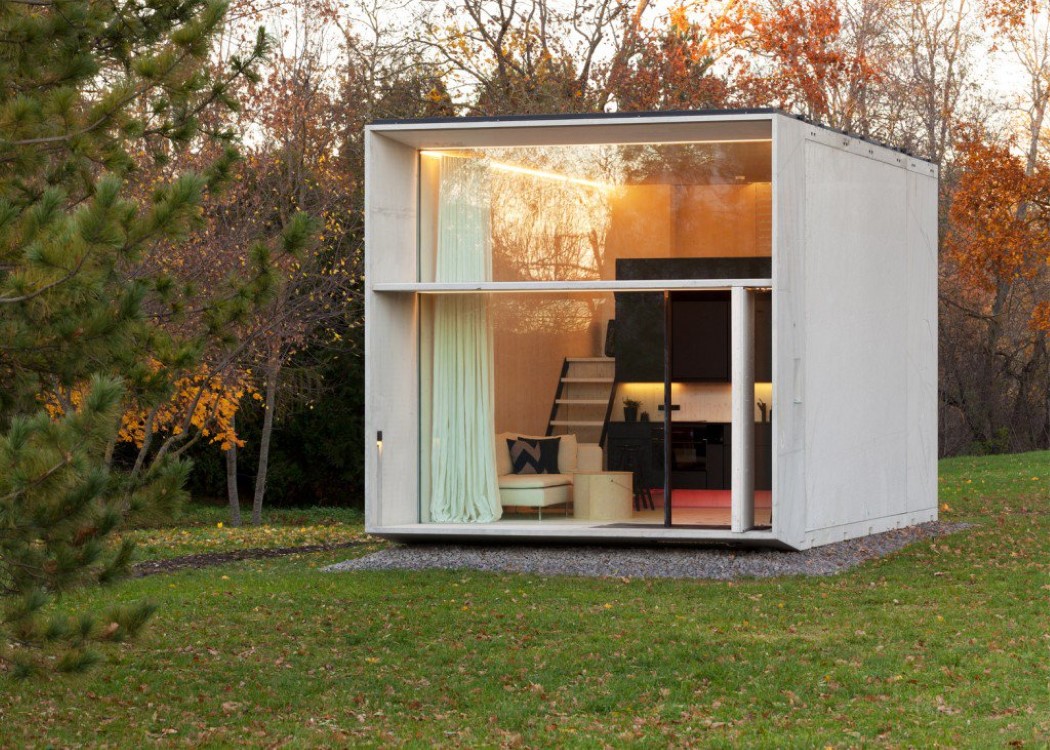 3. Designer Dennis Palmadessa partnered with Neighborhood Services of New Orleans and the Make it Right Foundation to create these pre-fab single-room shops for local vendors. Sliding doors and privacy glasses make sure that vendors get a good deal of space, along with privacy, to conduct their daily business. Titled the URBANbuild-8, they exist as prototypes for future intervention in New Orleans. 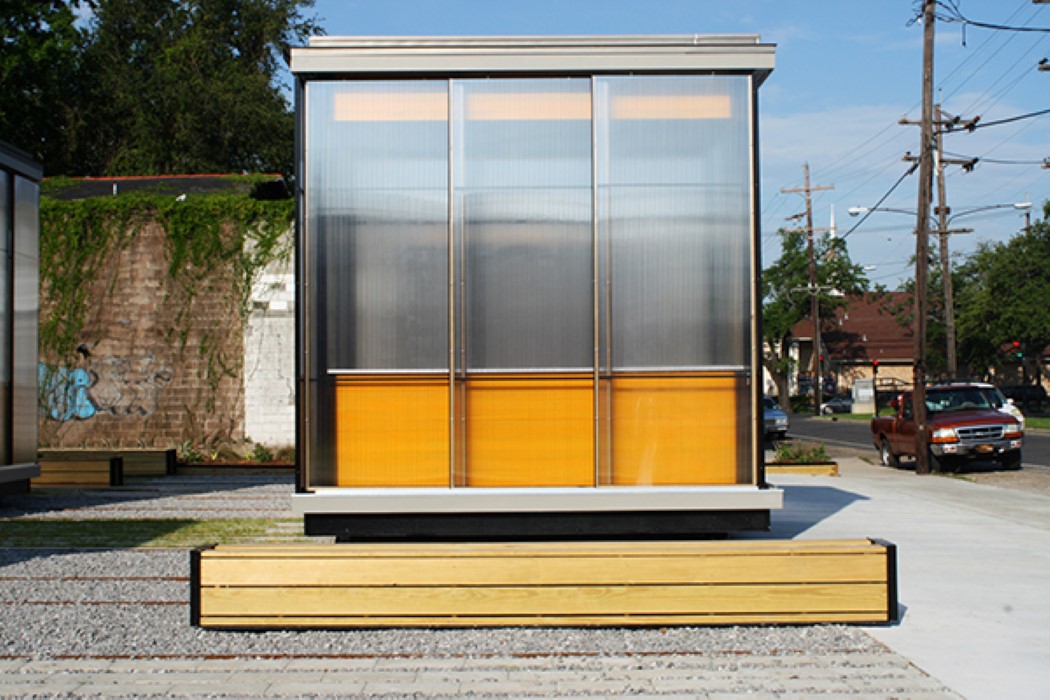 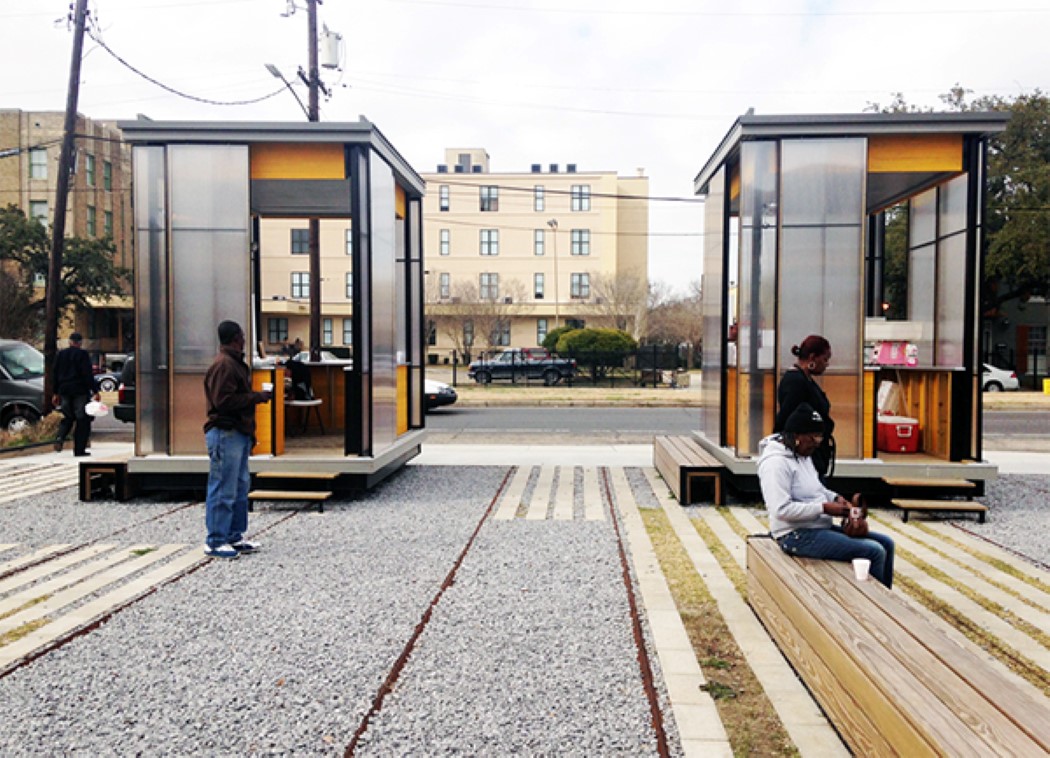 4. We thought the Aurlios Chapel had to be one for the Architreasure books. Designed by Metro Cúbico Digital, this abstracted version of what traditional chapels look like is sure an eye-catcher. Iconic on the outside and hallowed on the inside, the steeple design actually channels the sunlight to shine as a glorious beam, making the altar look divine! 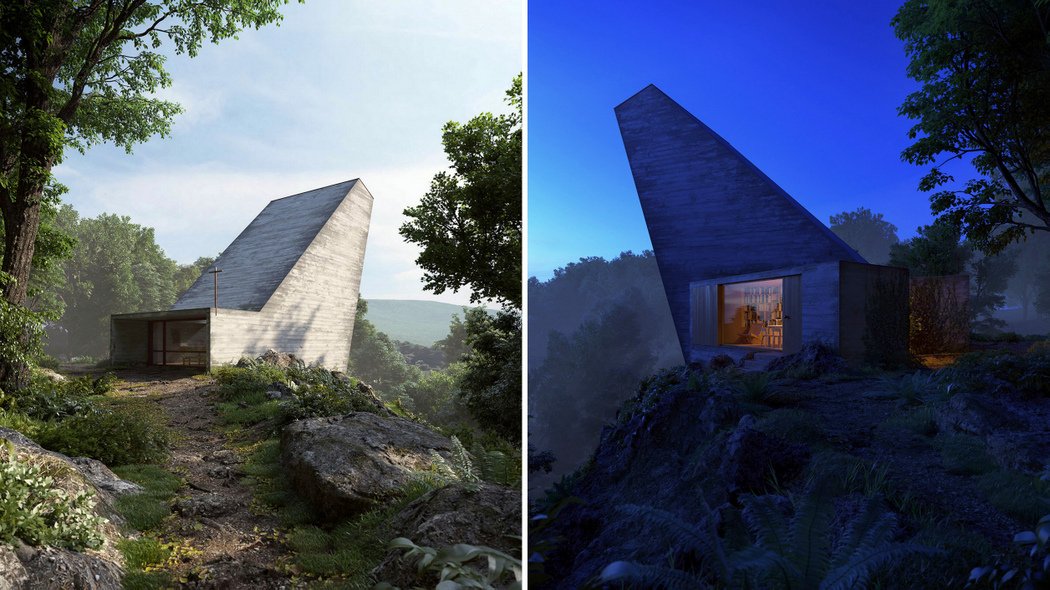 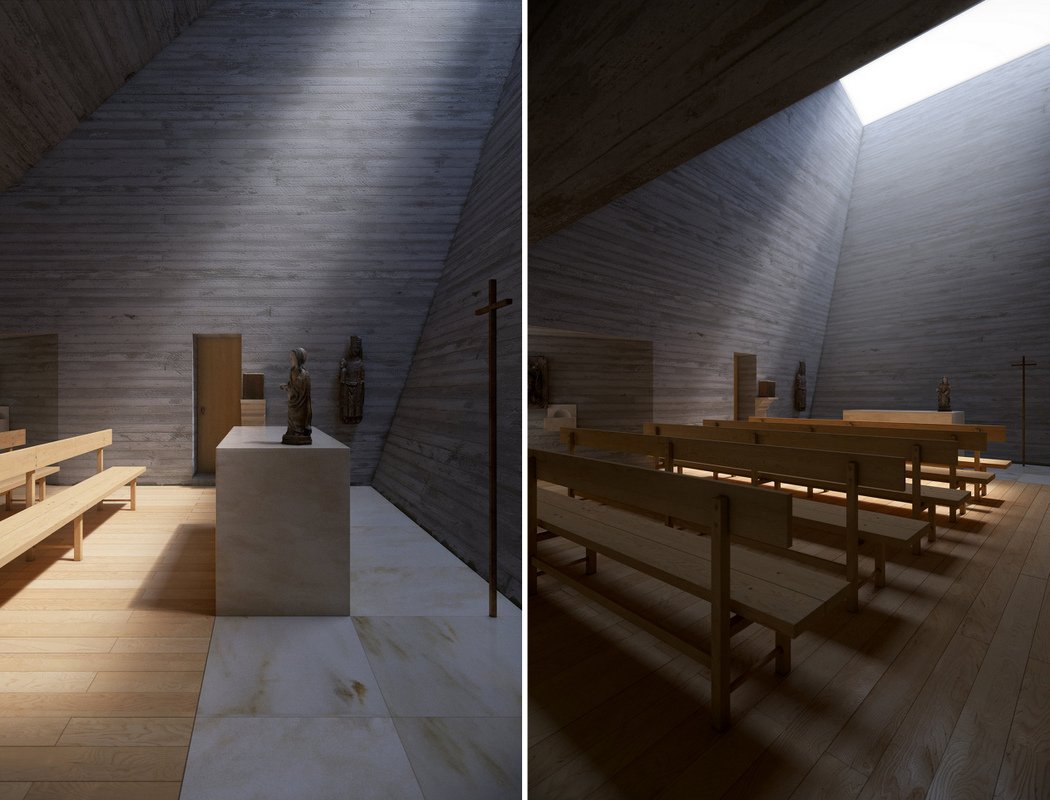 5. We kick off our A+ Award fave list with the Bahá’í Temple of South America by Hariri Pontarini Architects. Known for being a very neutral and accommodating religion, Bahá’í temples act as places of spirituality rather than propagating religious beliefs. Designed for everyone, religious or athiest, from all cultures and walks of life, the temple takes the shape of a closed flower bud emanating from the earth. The use of light as a sign of life and natural spirit looks brilliant as rays emanate from within the ‘folds’ of the bud after sunset. 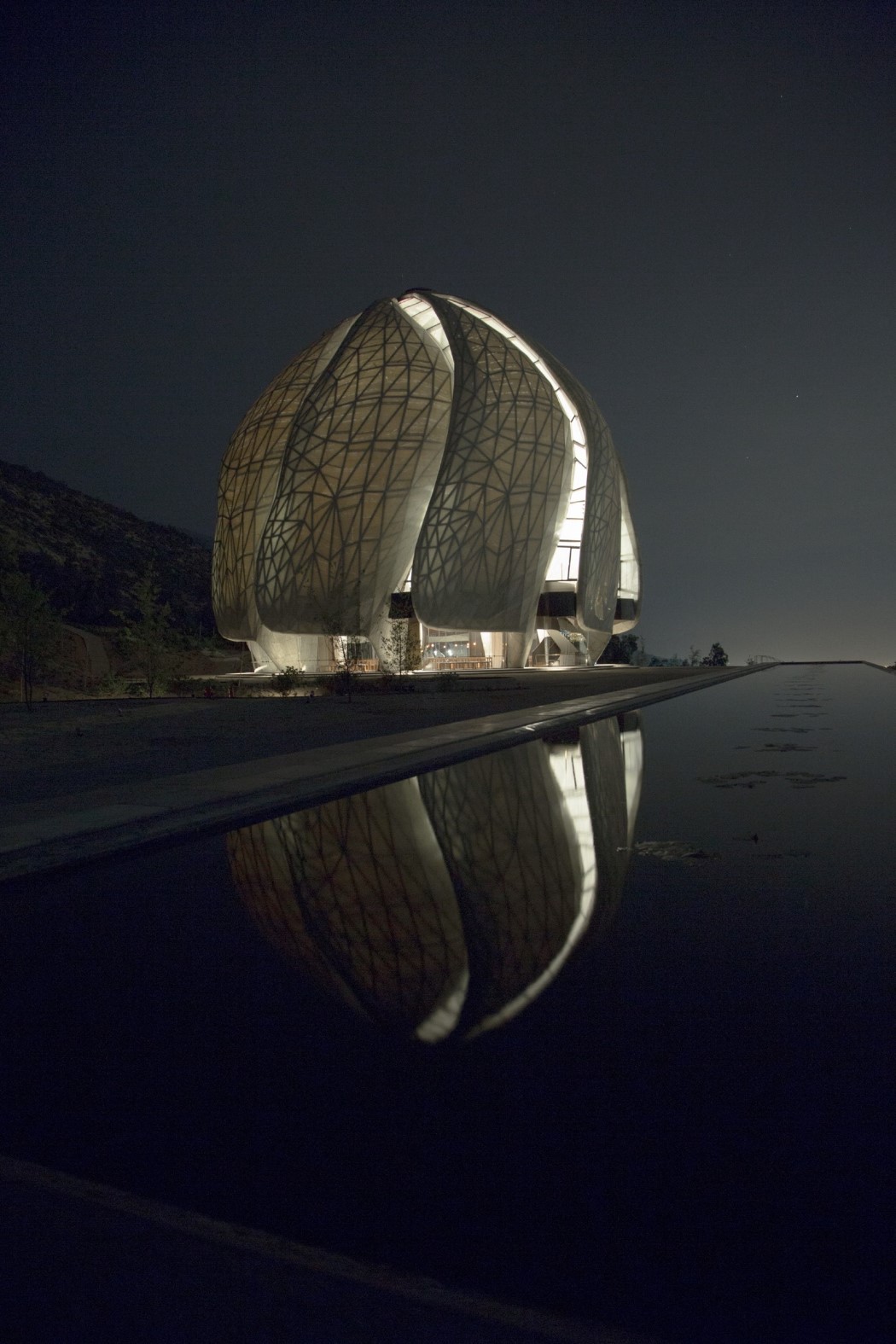 6. The Poly International Plaza by Skidmore, Owings & Merrill LLP (SOM) is a definite visual and structural all rounder, the geometric pattern isn’t just overwhelmingly iconic but serves as a smart support system for the floors above and below along with extended free voids, forming expanded shared meeting rooms & rather admirable curved staircases on the inside. In addition to the way the building looks, it also has a direct view of Beijing during the day & functionally helps in cutting down energy consumption due to indoor insulation. 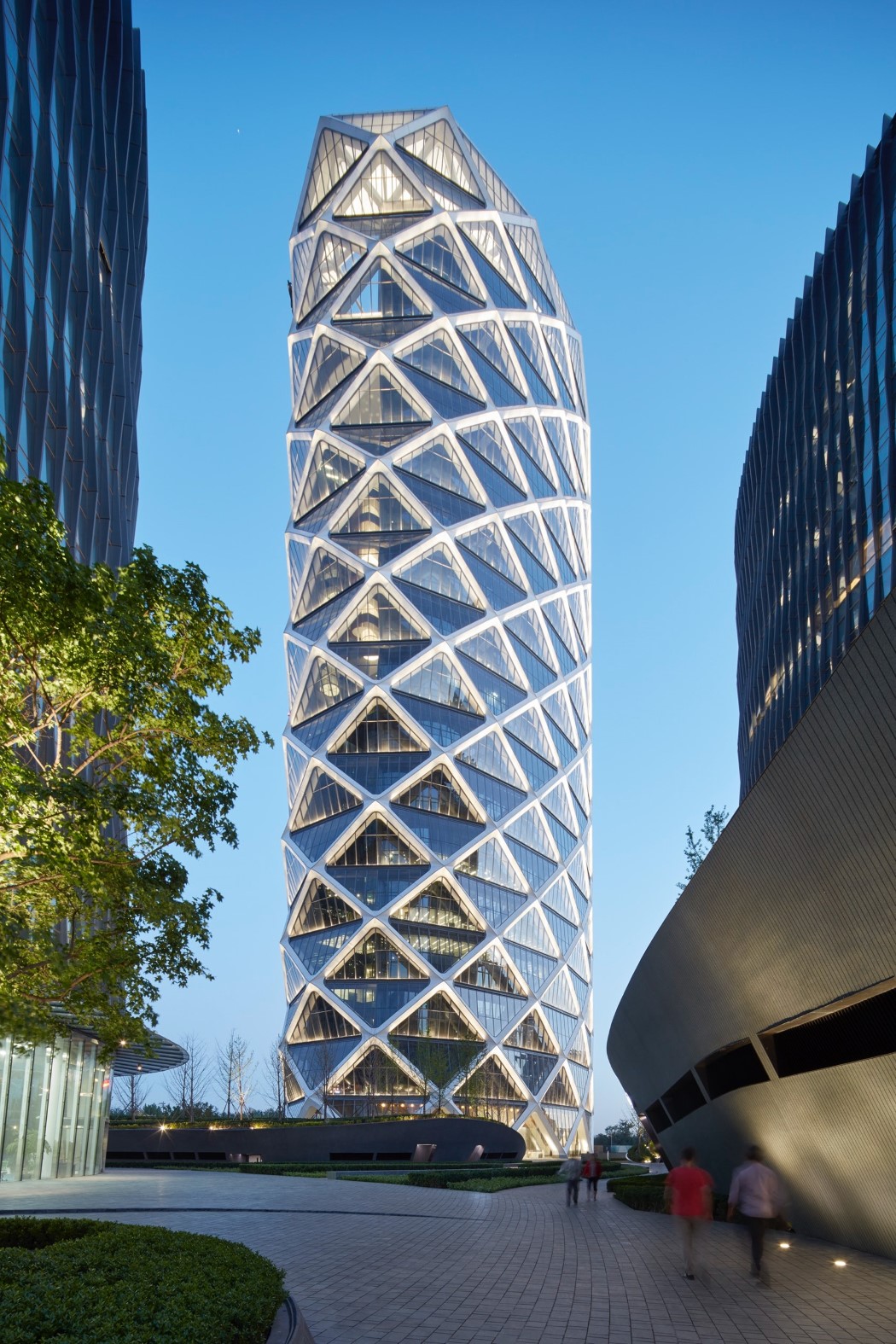 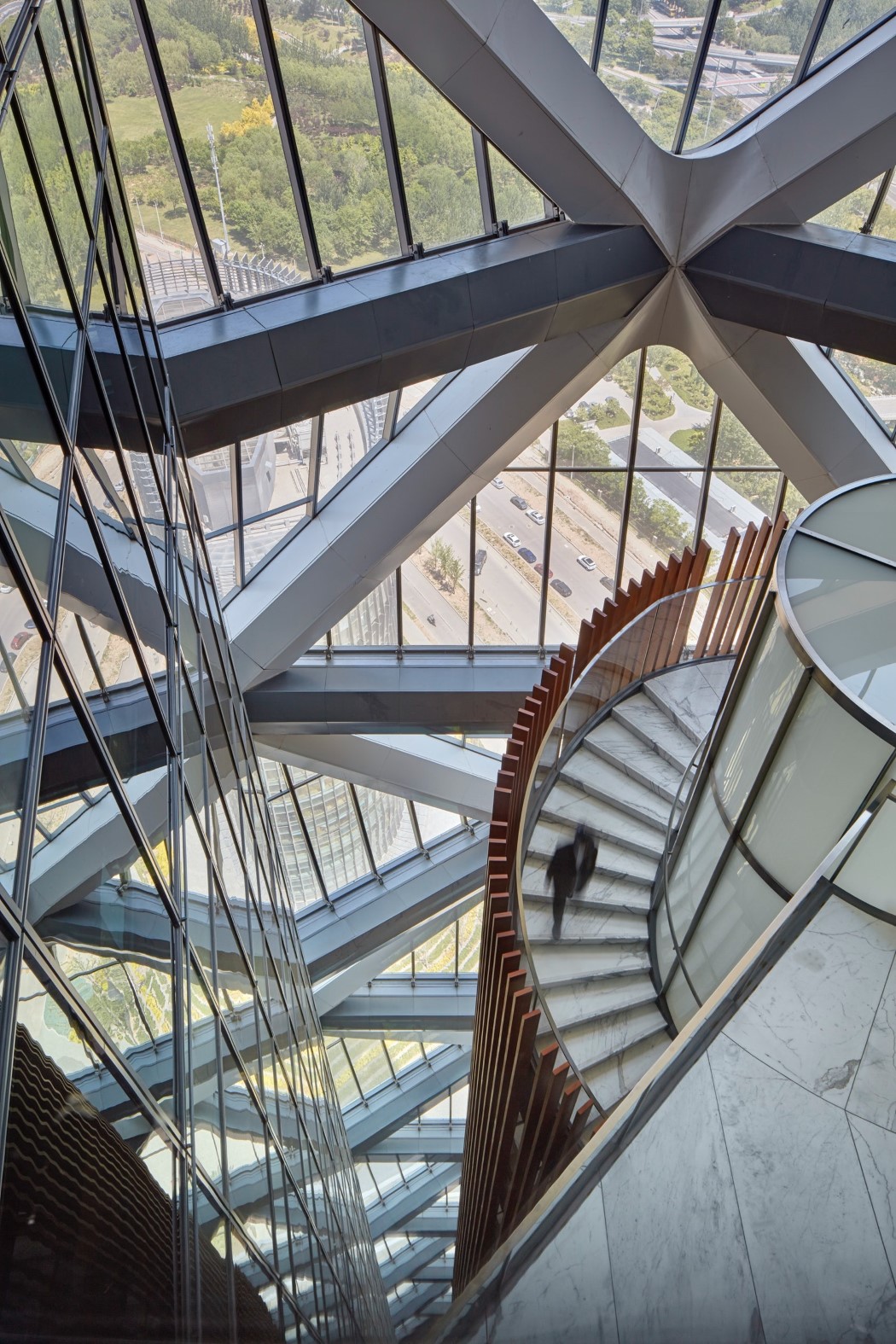 7. This temporary installation should just get points for its brilliant initiative! Designed by Atelier Kastelic Buffey, this community driven lending library titled Story Pod allows people to step into the pod and subsequently into a world of their own imagination when they pick up a book to read. Situated right in the historic downtown core of Newmarket, Ontario, the pod’s design attracts passersby from afar, and once up close, who can truly resist the temptation to step inside and read a good book!? 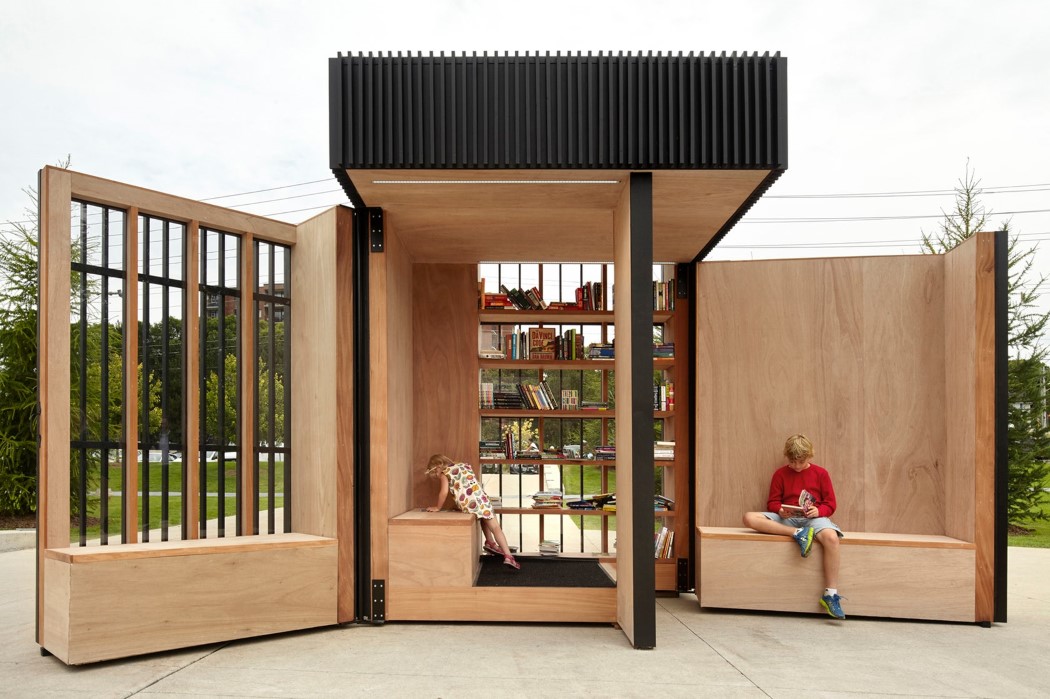 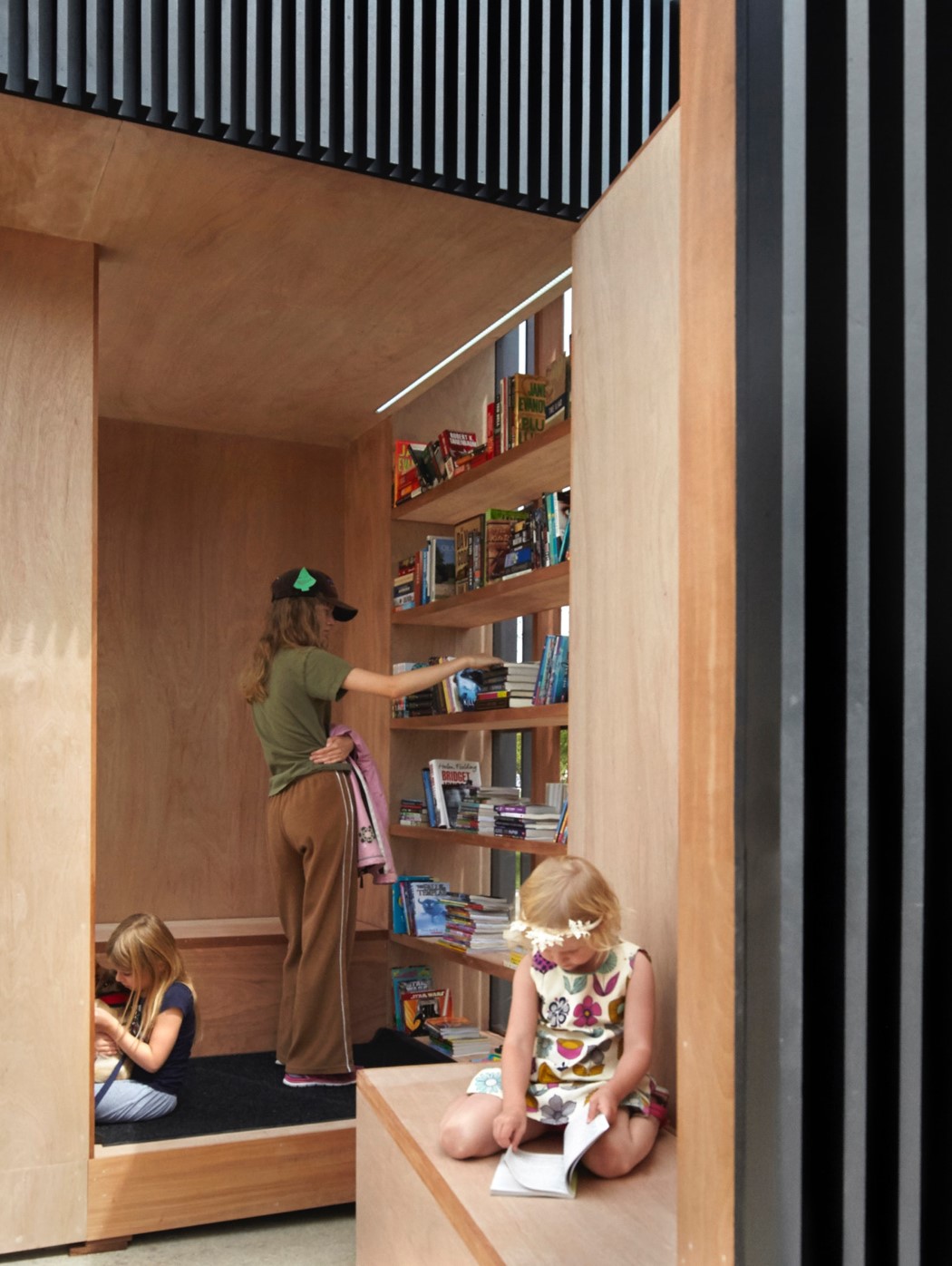 8. Surrounded by the most advanced looking fruit packaging warehouses lies a man-made specially curated environmental courtyard known as the Washington Fruit Company. The space is not just cost efficient courtesy design and material selection, but also a controlled set up for perfect natural lighting. Designed to reflect modernity, yet take inspiration from an aging barn that the client had expressed as a favorite, this Graham Baba designed warehouse certainly breaks stereotypes of warehouses looking ‘boring’ and un-designed! 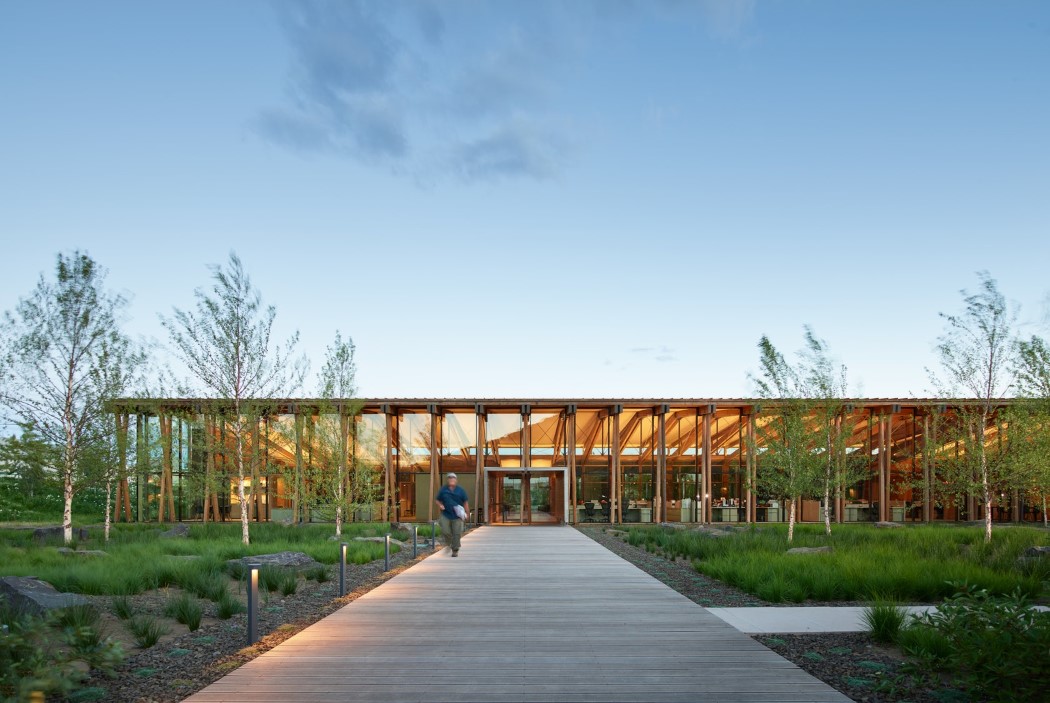 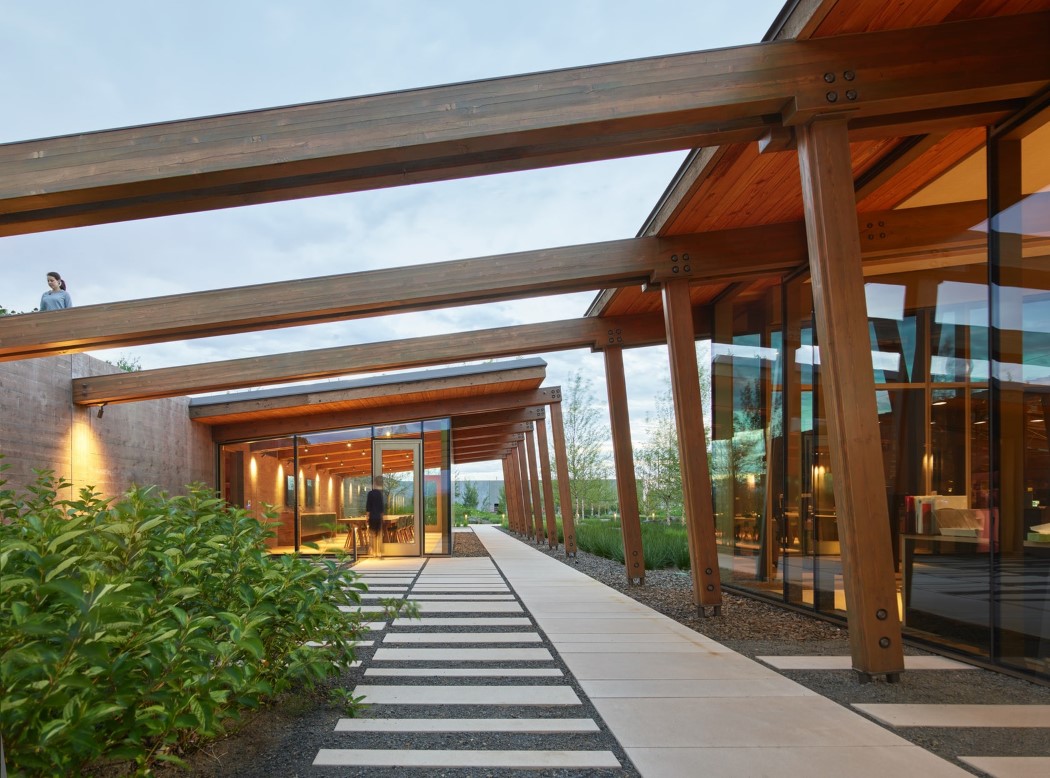 9. If a warehouse can be made to look warm and friendly, so can a bank! The Sugamo Shinkin Bank / Nakaaoki Branch, by Emmanuelle Moureaux Architecture + Design completely diverts from the stern/no-nonsense aesthetic avatars of banking buildings. Designed to look fun, vibrant, and inviting, the bank branch makes use of a 3D front facade that looks different from each angle, and memorable for sure! 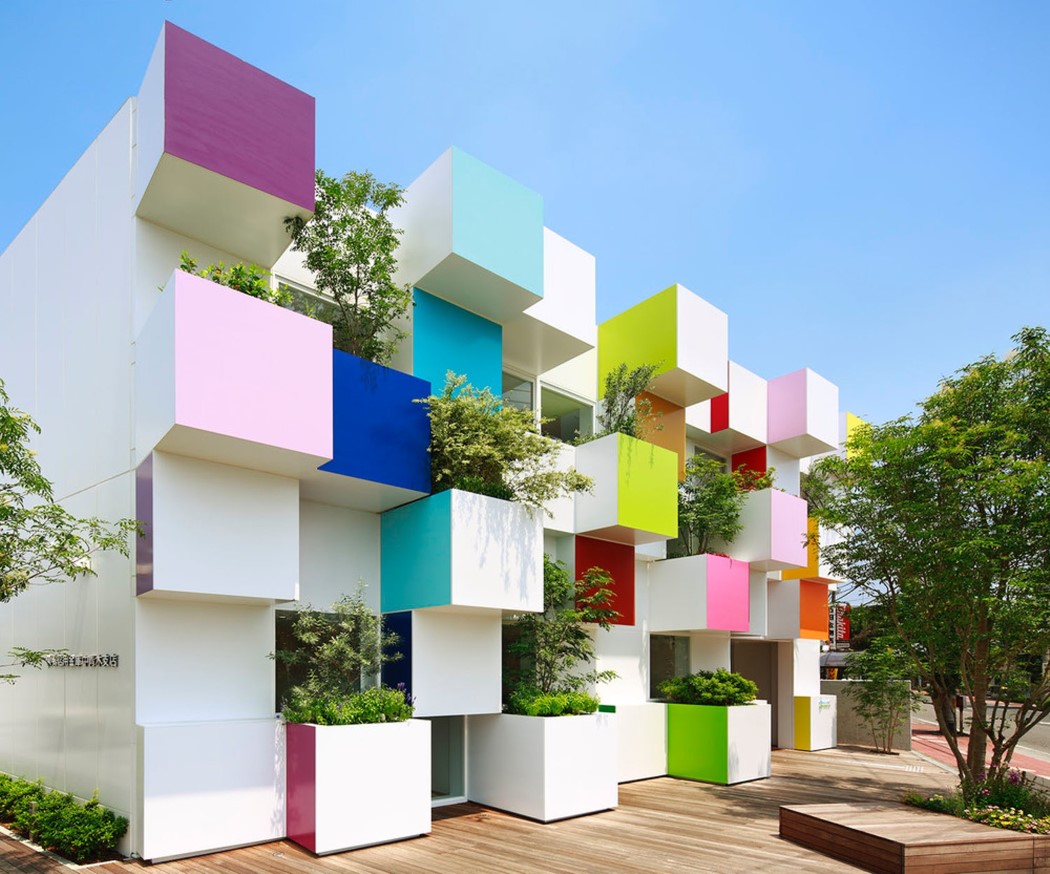 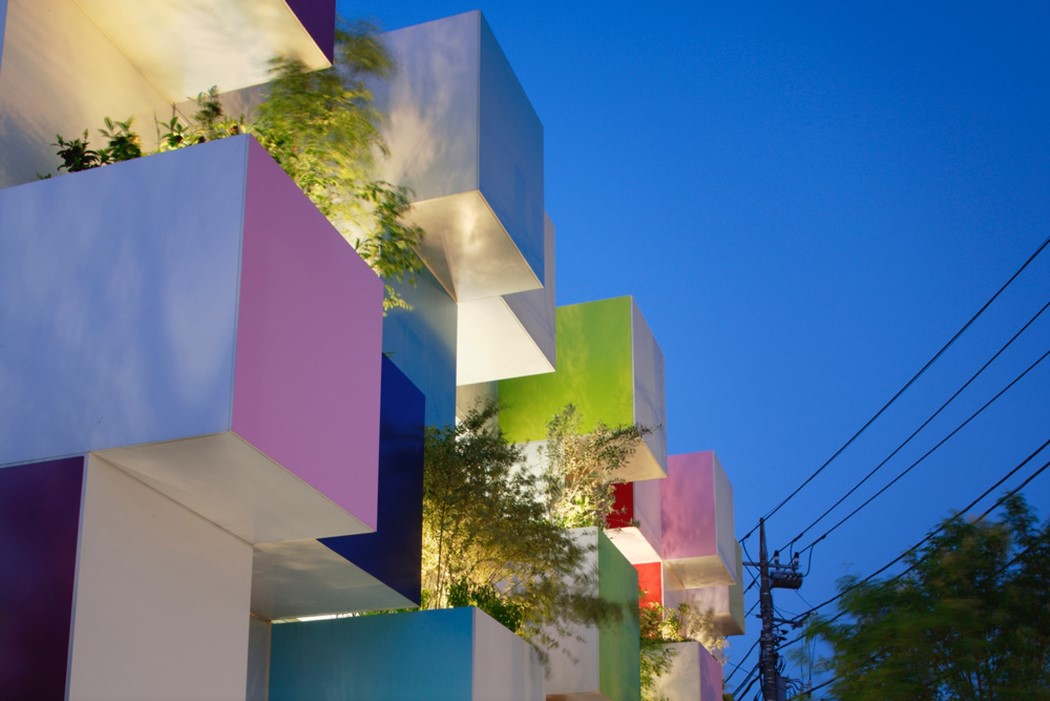 10. We decided to end on a high note with a design that has a hypnotic, helical, organic charm that fondly reminds us of the Guggenheim Museum. The Ribbon Chapel by Hiroshi Nakamura & NAP stands proudly enjoying a panoramic view of Seto Inland Sea in Onomichi, Hiroshima. Used mainly for weddings, the chapel’s construction is visually dominated by the two ribbon-like spiral staircases/aisles, with glass panels filling in the gaps, creating the chapel’s hall-space on the inside. The two aisles/pathways are designed so that the bride and the groom can walk up to the top of the chapel, and descend downwards into the hall together united as one. What a lovely way to use architecture to guide human movement, that too with such meaningful and visual grace! 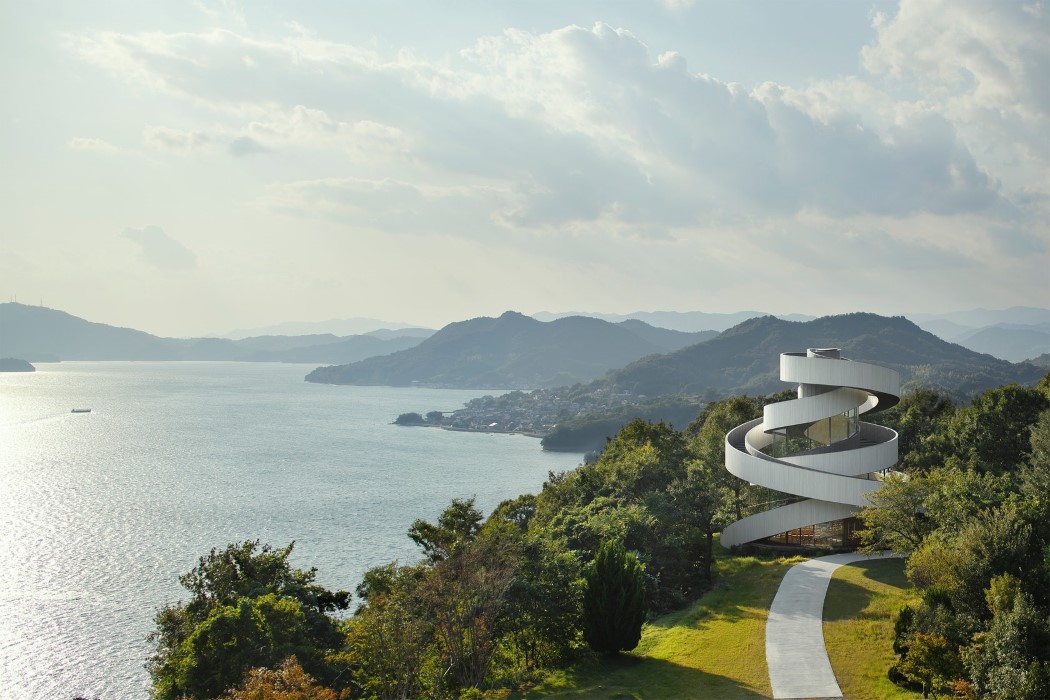 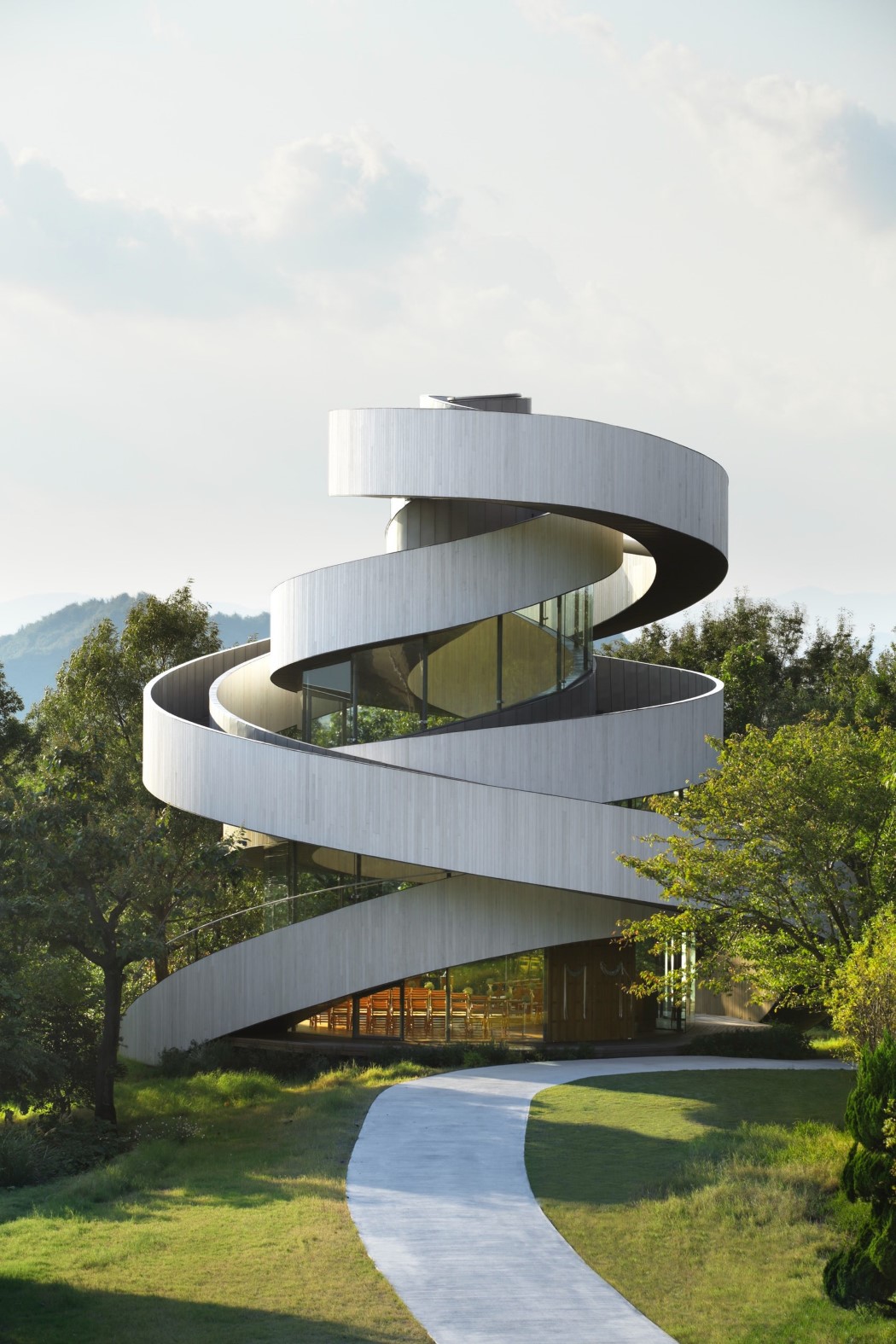 We all know the movie Birdbox and we associate it with a stressful situation, I mean it was definitely didn’t fit in the comedy genre,…

In recent months, cafes and outdoor workspaces have limited their public amenities to avoid crowding. No more WiFi, the bathrooms are always locked, and time…