This machine has an AMAZING NAME. It is designed by Chris Rogers and it goes by the name “Mega Hurtz Tactical Robot.” It can turn on a dime, you control it by remote and can use it in tangent with a virtual reality headset, and yes, it can tow a Hummer. This machine can smash through a concrete wall, fire 20 pepperballs per second with its installed turret mounted non-lethal automatic weapon, and weighs around 280 pounds. This machine can totally do anything you want, including running right over your foot!

The weapon you see on top of this machine might be non-lethal now, but once this child of potential death is seen by the US army, military, airforce, navy, secret service, not-so-secret service, and magic devision, you’re going to see some serious flesh ripping.

That weapon installed NOW on the vehicle is a 20RPS Modified Mil-Sim Paintball Gun/Assault Rifle with a Wireless Infra-Red Night Vision Barrel-Mounted Camera, connected to a remotely controlled Pan/Tilt Turret. It rocks. Below that are 14 inch Bar-Lug Trencher tires attached to a fulltime 4-wheel-drive system with rugged high-torque electric motors. It’s a beast. A complete beast.

This project is aimed at Law Enforcement SWAT Teams, Search and Rescue, First Responders, and Security Companies “to take personnel out of the line of fire and out of harms way.” Very neat. Anyone see the cartoon series Gundam Wing? They explore a future (for a while during the series) where war is fought using remotely controlled air-fighters. Turns out humans can beat them, just so long as their bots are faster. How about that? 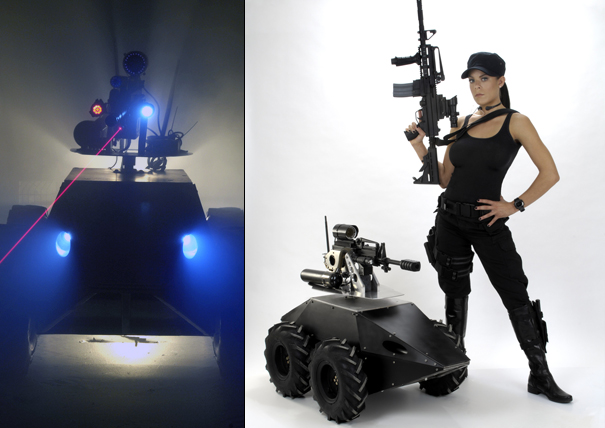 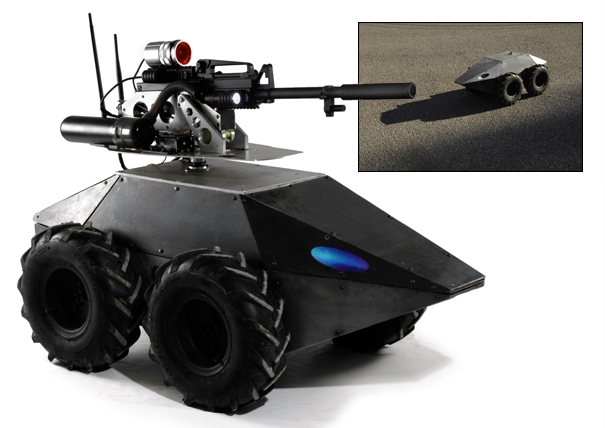 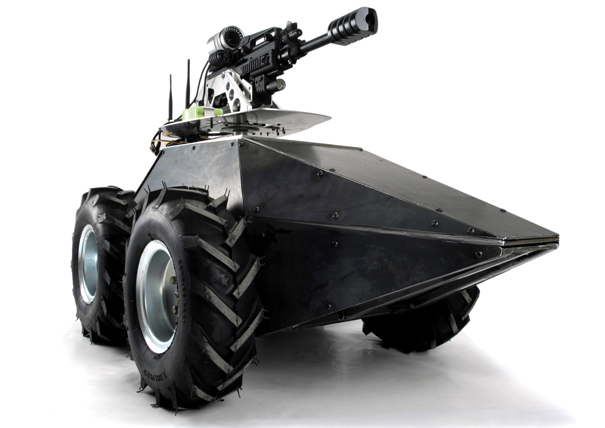 Nothing will put a stop to your day of running around the city faster than a dying phone battery! CityCharge gives users who are on-the-go…

Have you ever run from a fire extinguisher? I haven’t. They don’t scare me. But they scare you. They seem so important, so untouchable. Why…

The retro phone gets a modern day office redesign that Michael Scott won’t throw away!

Do you still have your phonebook? You will need it with this redesign of the classic retro office phone by Martin Poon! We use retro…