Drammen is a city and municipality in Norway (look it up!) which is along the 1,890 km (1,174 mi) long European Route E18. The city of Drammen has been, of recent years, a relatively popular place for the cars; its city center having been burdened by heavy traffic until the installation of the E18 bridge. Designer Fredrik Haukeland plans to capitalize on this situation with an intuitive I.D. project: “a leisure park for car fanatics.”

Ask Haukeland more about the car culture of the land in your comments if you’re interested. I myself haven’t been to Drammen myself in many years.* This mammoth project would be a wonderful addition though, I must say. Haukeland speaks of a car island that’s entered from the highway. On one end, an “el-car factory,” and on the other, a junk yard for parts. Also included is a customizing service with a test track.

A giant transporter (a conveyer belt?!) links each of these places so that the people and the parts they pick up can move back and forth. On this; the fully interactive car island. Not to be mistaken for Monster Island. Or Monsta Island, for that matter; while we’re at it.

*I have just been informed that I have NEVER actually been to Drammen in my life, and that I should stop lying about the places I have been in the world. List coming soon. lol. 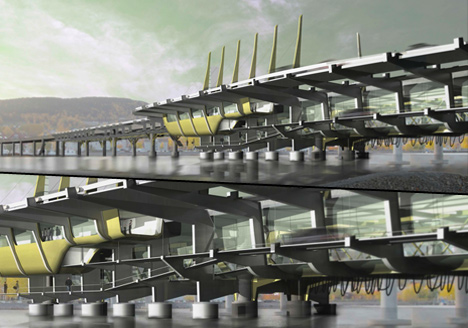 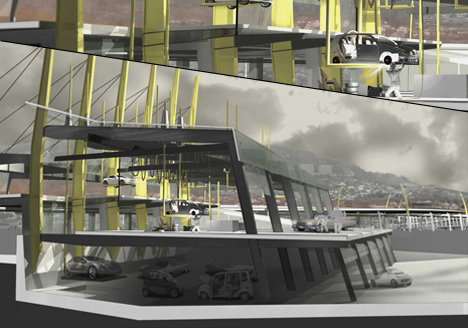 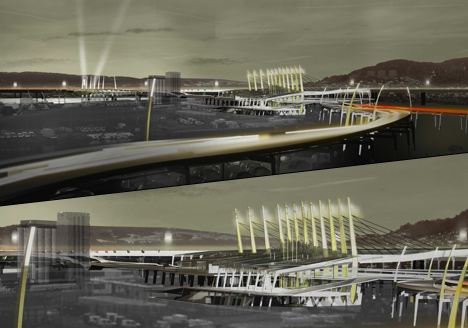 Oscar Viñals’ “FF” Flash Falcon is based in a deep study of today’s and upcoming technologies and future theoretical advances. This airplane’s design is the…

Known for creating 3D visualizations of architectural residences that shake up the thrillseeker in each of us, graphic designer Thilina Liyanage has conceptualized a subdued…