Those fun loving Greeks are at it again. First there was naked wrestling with invading Persians, now the Greek design team known as “GREECE IS FOR LOVERS” brings us this “Tougher Than Leather” skateboard design. Looking right at home riding rails along the Parthenon or down to your local gyro stand, this leather urban luge was originally designed for the “7ply Project” exhibition, organised by Propaganda Rolling Co, in May 2008. And yes, I realize those are Roman numerals and not Greek numbers up there but as the old saying goes: “IT’S ALL GREEK TO ME….” (rimshot).

Designer: Greece Is For Lovers Studio 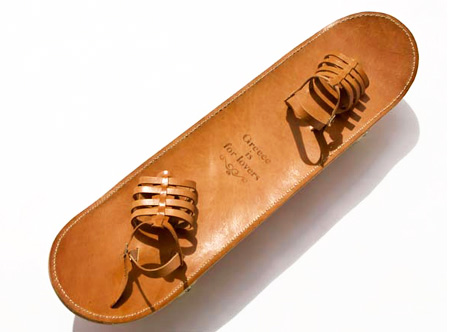 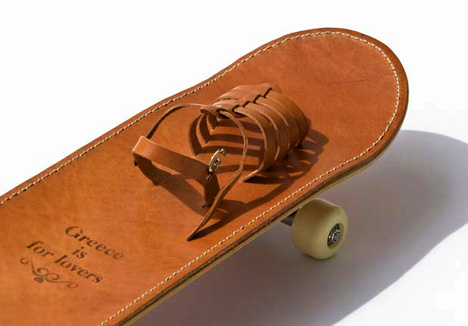 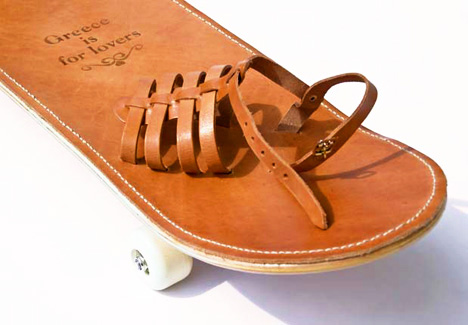 Mega Block Motorcyclin’ on Down the Line

If you like the creative process, you will love to see this video of a car sketch speed rendered in just 5 minutes using only…

If you’ve never heard of Renard (French for fox), that’s probably because you’re probably under the age of 90! A couple of designers and racing…

We’re still eagerly waiting for the Tesla Roadster to show up as Elon Musk has promised over a period of the last five years. More…