A national runner-up at this year’s James Dyson Award, DISPERSEED hopes to bring floral diversity and a thriving ecosystem back to forests that have been devastated by fires. The 3D-printed seed ball invites animals and birds to come and feed on it, allowing the seeds to fall out onto the forest floor.

While man-made climate change has certainly caused its share of problems, forest fires aren’t exactly new to this world. In fact, over millions of years, certain plant species have even adapted to fires. Dubbed as ‘pyrophytic’ plants, these species are uniquely built to survive forest fires. This survival tactic, however, causes major imbalance to a forest’s natural diversity. With each subsequent fire, healthy plants are lost in the flames while resilient pyrophytic species end up taking their space. This affects a forest’s ecosystem, while also making it prone to more fires because pyrophytic trees are often drier than others (making them easy to ignite). While avoiding/preventing forest fires is an incredibly challenging task, a bunch of industrial designers at the Valencia Polytechnic University have a solution for helping bring floral diversity back to forests. Meet DISPERSEED, a nature-inspired seed ball that helps repopulate once-thriving forests. 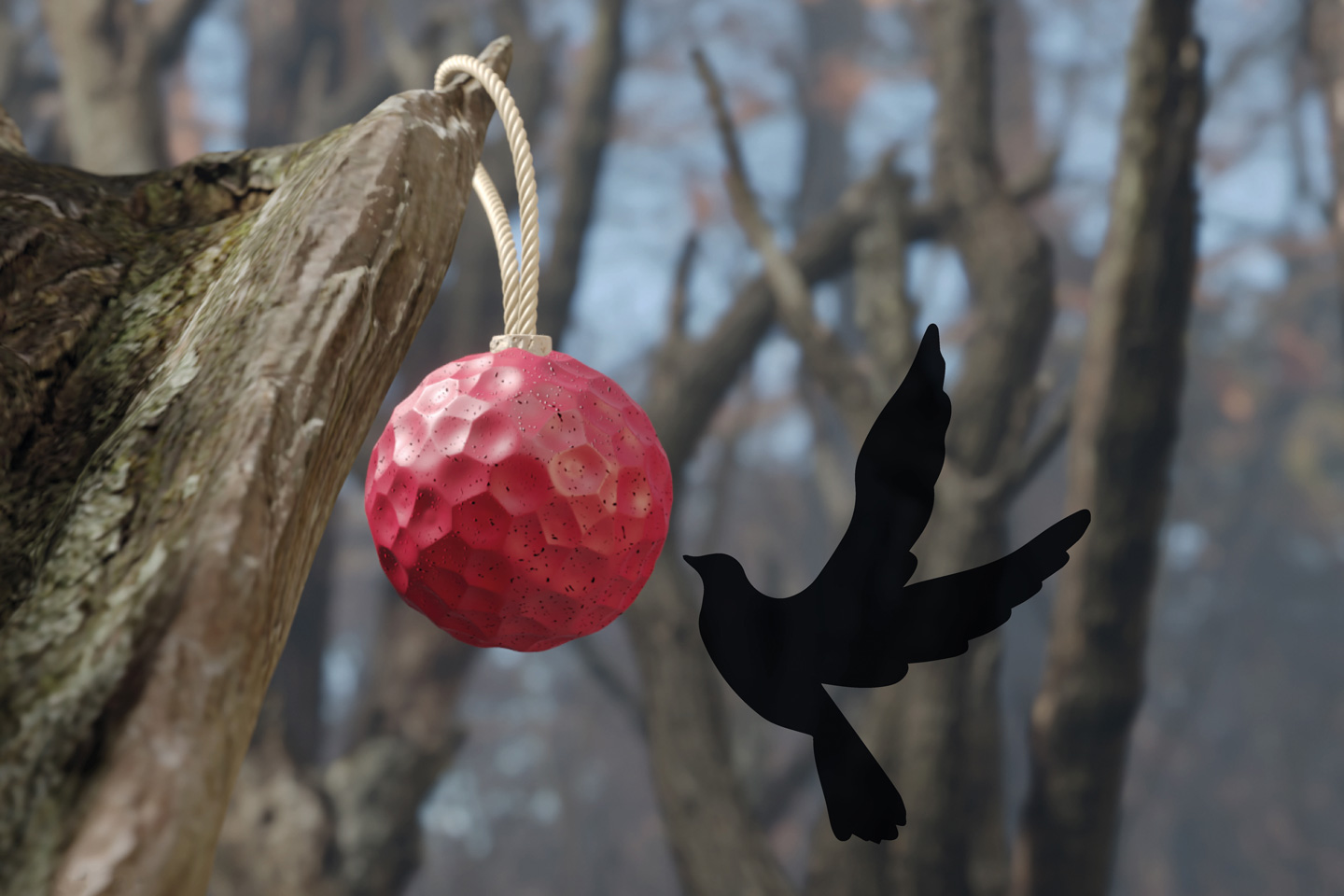 Inspired by the shape of pollen (as a hat tip to pollen’s ability to travel far and wide to pollinate flowers), DISPERSEED is a bright red bauble of sorts that you can hang around a fire-ravaged forest. The ball, 3D-printed from an edible dough, is filled with seeds that either fall to the floor, or are ingested by small animals and birds, who carry the seed far and wide, helping propagate the seeds.

The seeds are designed to catch the eye. Their bright-red color and fruit-like size attract birds and animals that try to peck or burrow at it. Seeds suspended inside the ball are ingested by these animals, and it passes through their digestive tract, finally reaching the soil after the animal expels them. Within the animal’s digestive tract, the seeds lose their outer coating, making it easy for them to germinate (a process known as endozoochory). The seeds then help sprout more plants that allow a forest to recover after a fire, and the DISPERSEED itself biodegrades into the earth, given the fact that it’s made entirely from natural materials. 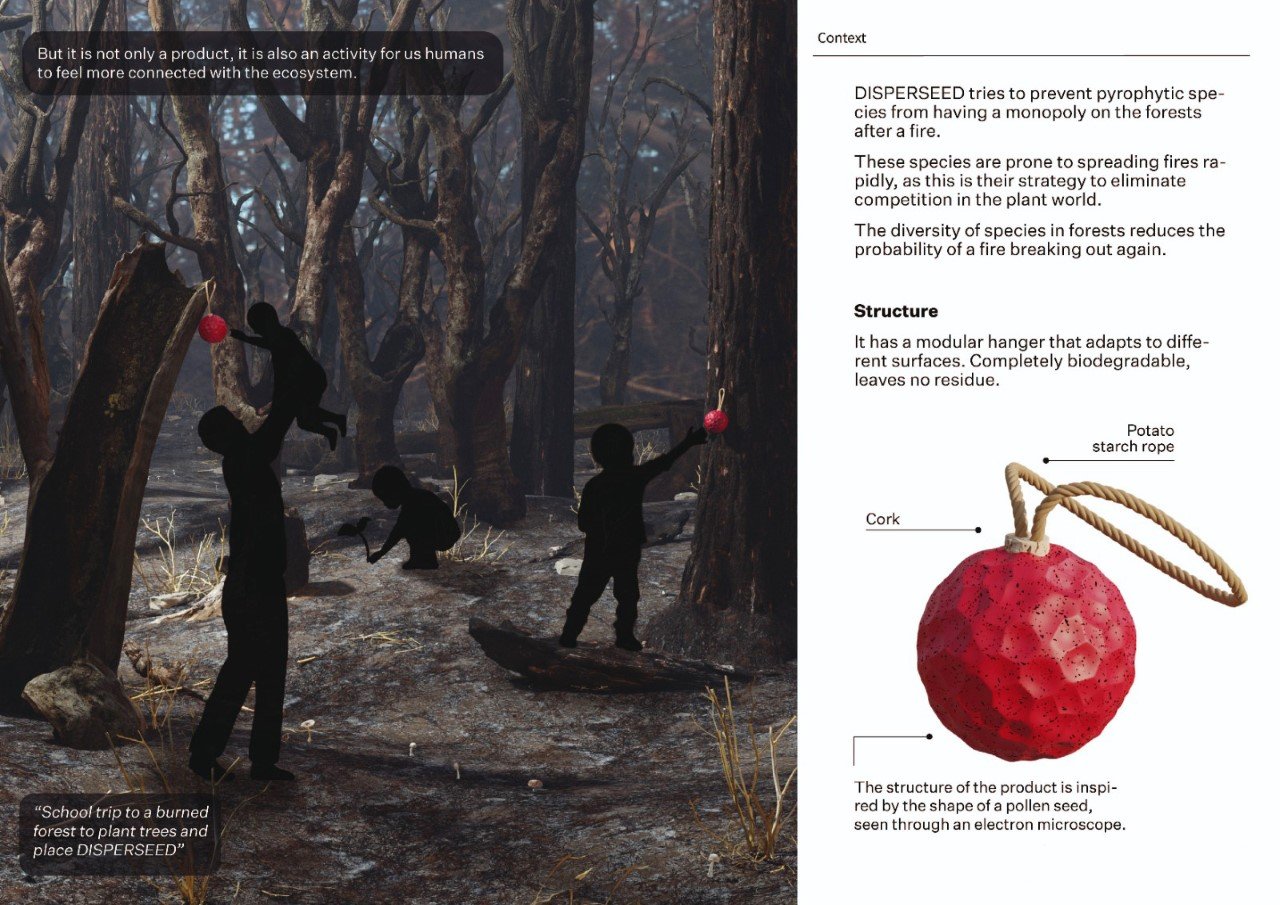 “In Spain it is unusual to have a summer in which there are no wildfires”, say the designers behind the DISPERSEED. “We have decided to design a product that favors the diversity of non-pyrophytic species in Mediterranean forest areas. This product allows for creating healthier and more sustainable forests that have greater resistance to these types of disasters.” 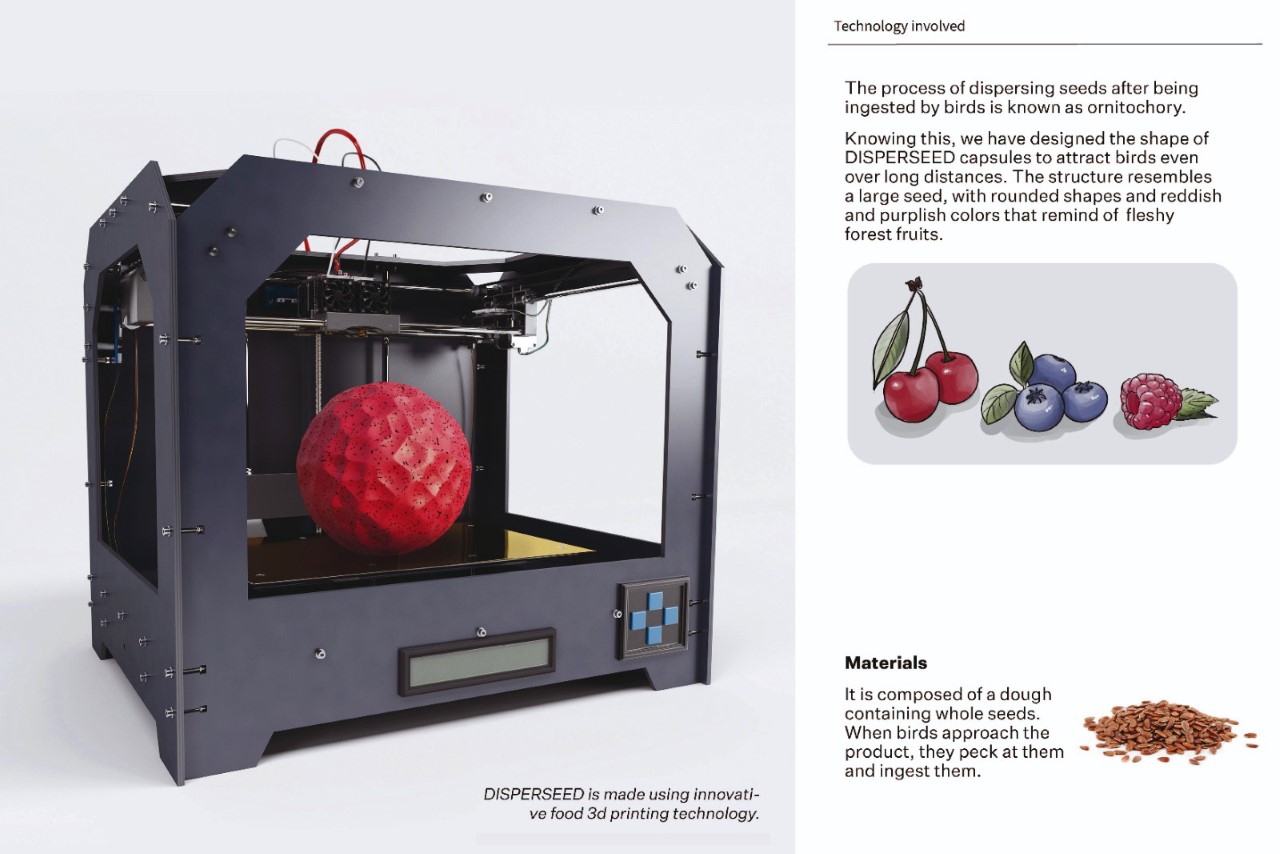 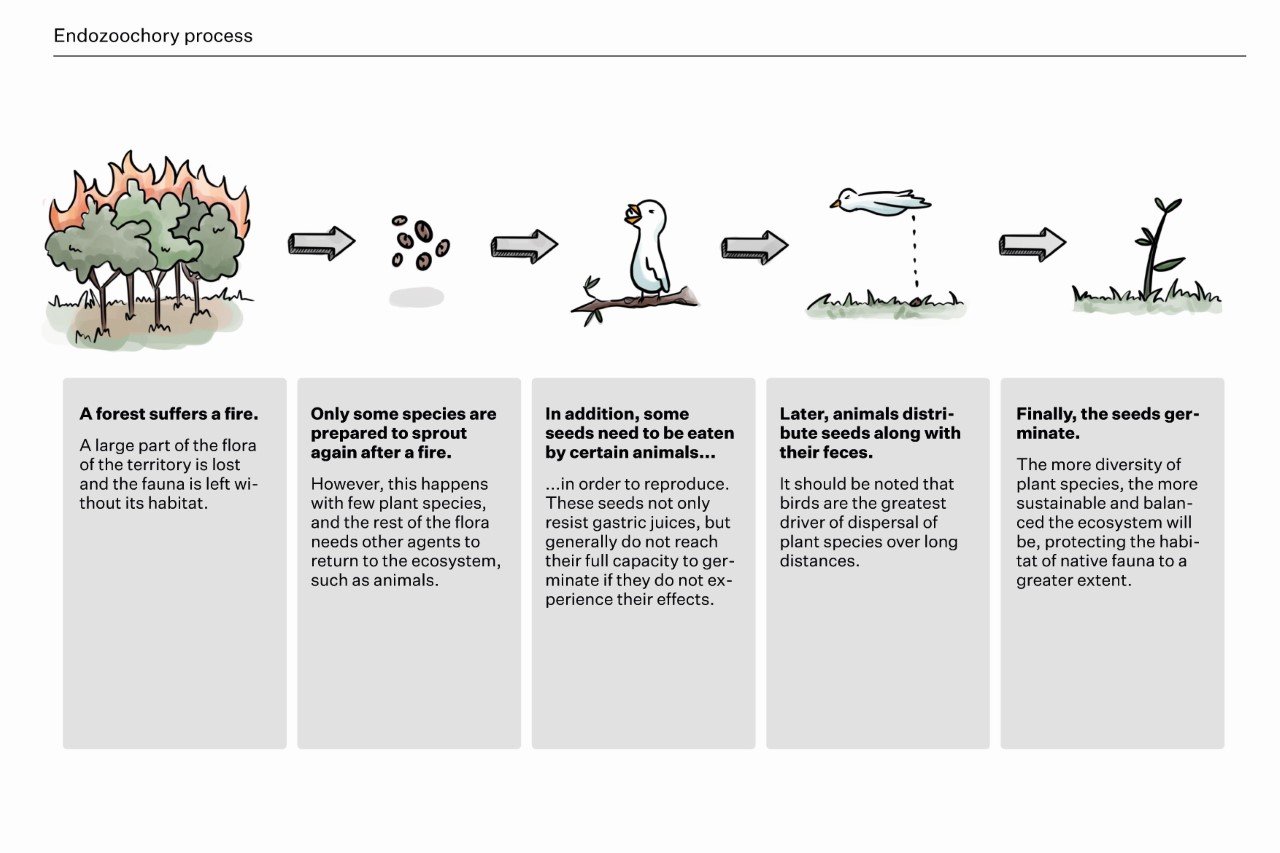 “Our future plans include aspects such as implementing the prototype in burned forests in the Mediterranean area and continuing with the research of materials using 3D printing technology”, the designers mention in their pitch to the James Dyson Award program. “It could also be extended to unburned areas to build up diversity and prevent future fires. Another great idea would be adapting it for professional use in the forestry field in order to multiply its uses.” 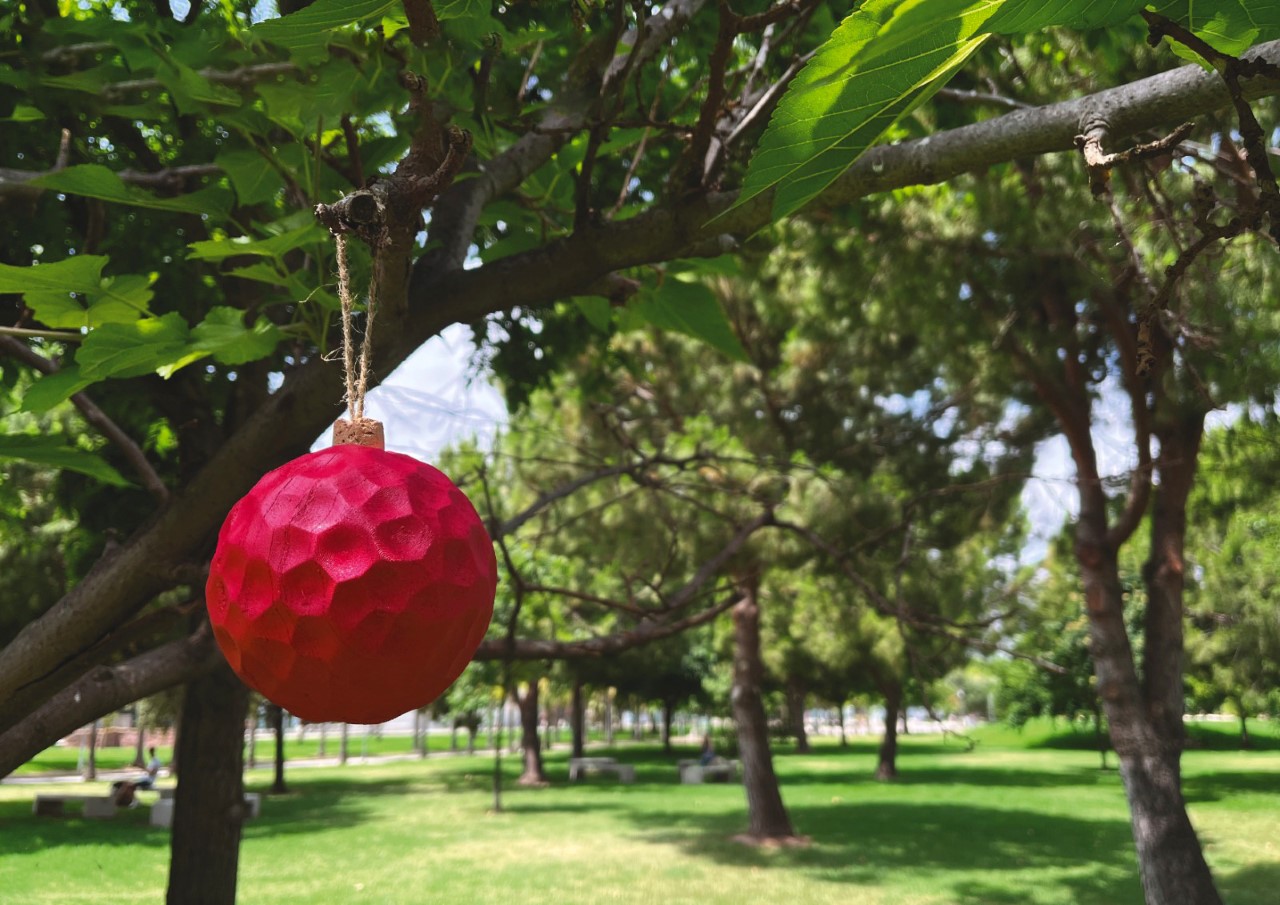 Commissioned by the city of New York, the NYC Bike Helmet is designed with every rider, every season and a greener environment in mind. The…

Story Of The 90 Degree Charge

Plug on your gadget and hit the switch on…gadget recharges but you switch it off at your convenience; Waste of electricity. Let’s change this scene…

This infinity track topped school is a vertical forest that reduces air pollution!

It is 2020 and we have to get with the green program. Indian architecture studio Nudes, known for its unconventional innovative creations, has designed a…