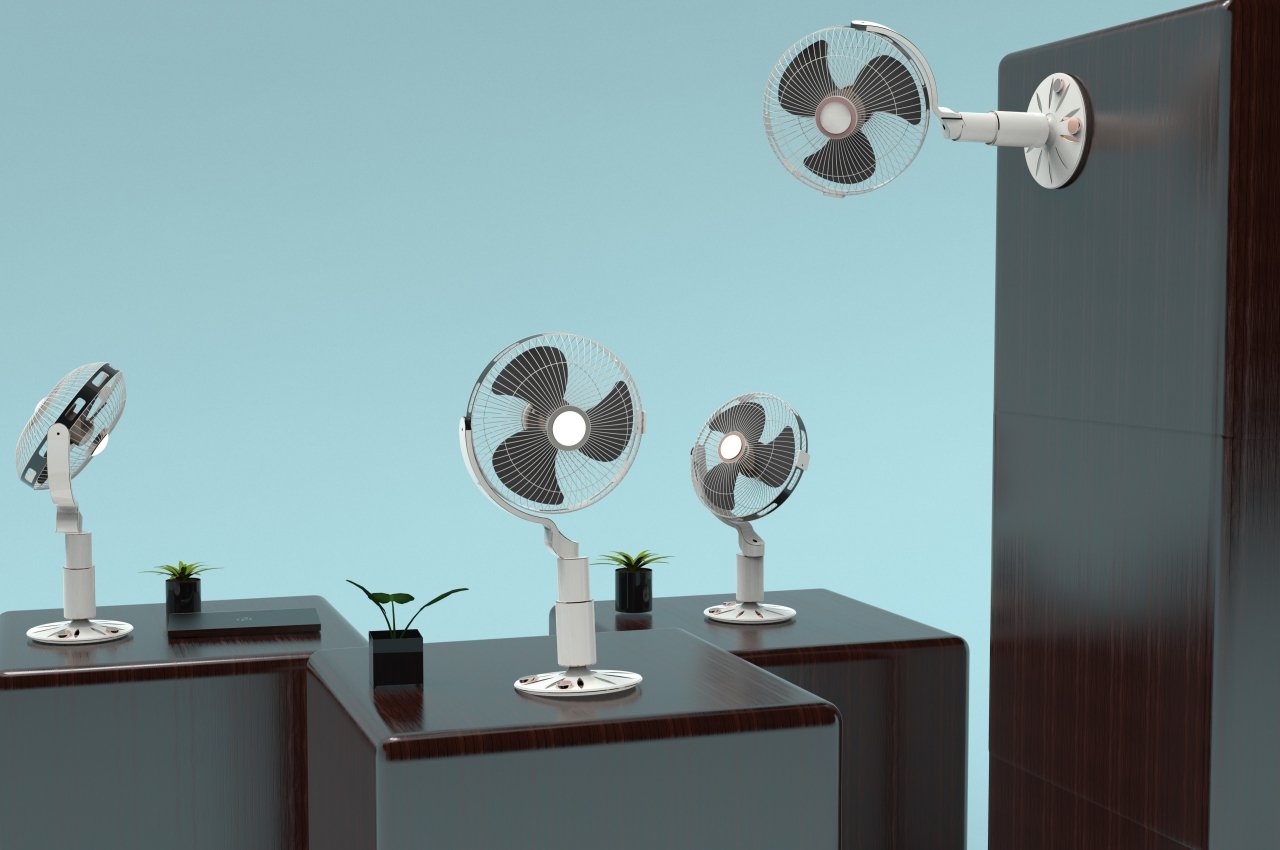 We’d all love to have as much space as we need, but the reality is that physical space will always be limited. We might have a large desk or shelf, for example, to fit all our stationery and stuff, but that also means less floor space for other things. Many people try to be smart by buying multi-functional products or modular furniture that can be arranged and used as needed. Sometimes, the combinations make sense, but other times you can also be left scratching your head. This desk fan, for example, looks almost ordinary, that is until you flip the switch on to shed some light on matters, literally. 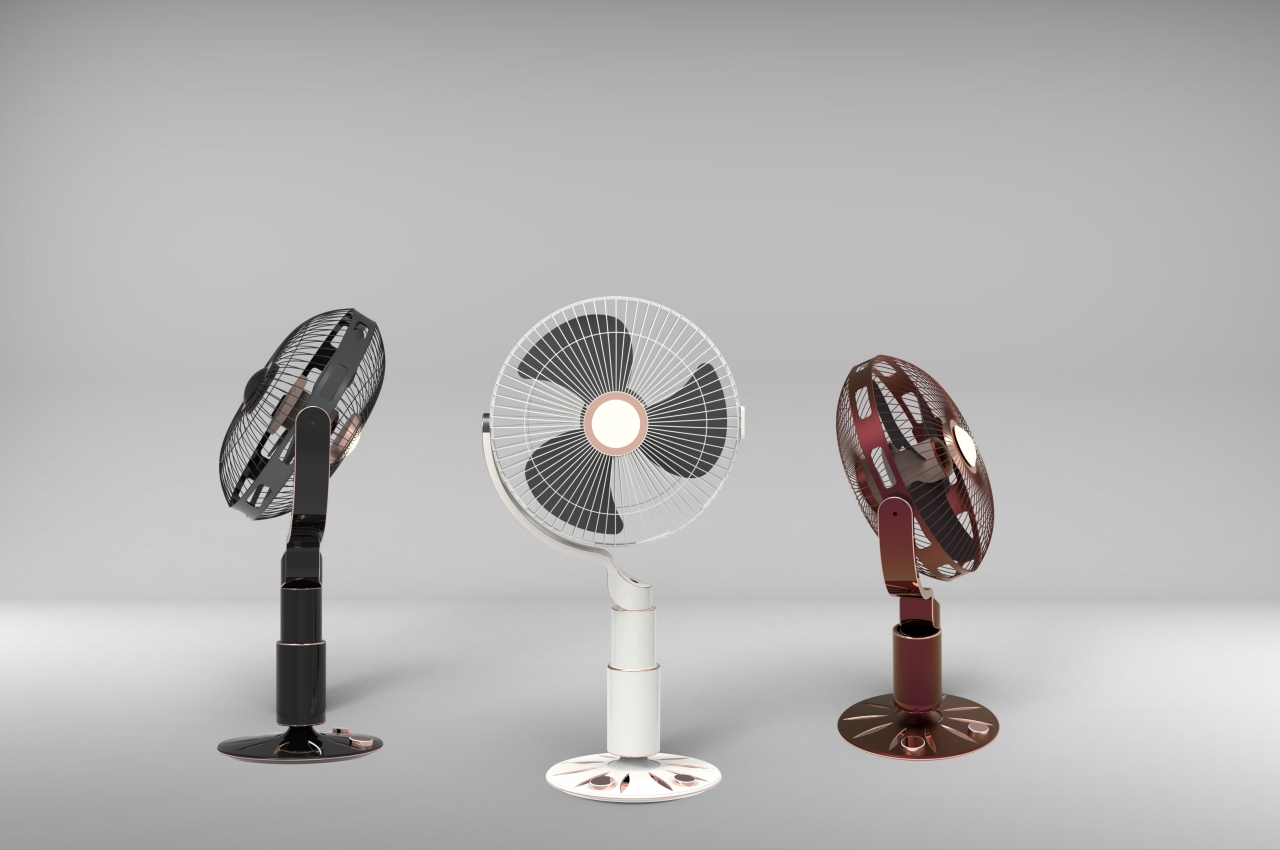 Almost everyone needs a kind of lamp at some point. Some like a directional light on their desk, while others might prefer lamps that hang from a higher angle. Admittedly, not everyone needs an electric fan, especially in countries where it’s almost always cold most of the year or where people depend on air conditioning most of the time. Then again, with the recent abnormal heat waves across many countries, having a fan ready might not be such a bad idea. 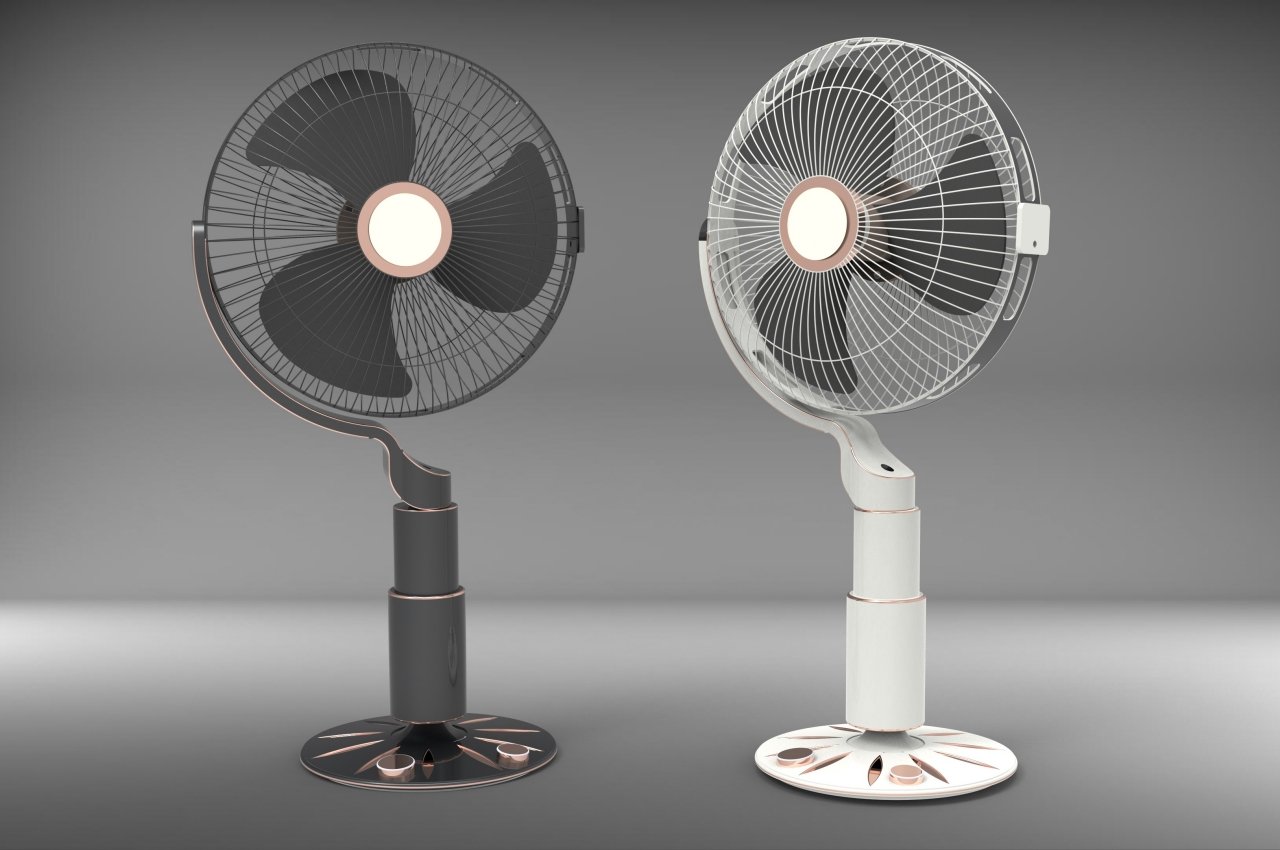 That is perhaps part of the inspiration behind the Blazo appliance concept. At first glance, it looks like an electric fan attached to a camera gimbal. The design for this unconventional arm and stand was apparently an educational globe. The Blazo’s fan can swivel up and down 360 degrees, and it can also rotate 360 degrees so that no direction is left unreached. That does mean that the lamp can also point in the same direction, though you’ll probably want to keep the fan steady in that case unless you were aiming for a makeshift light show. 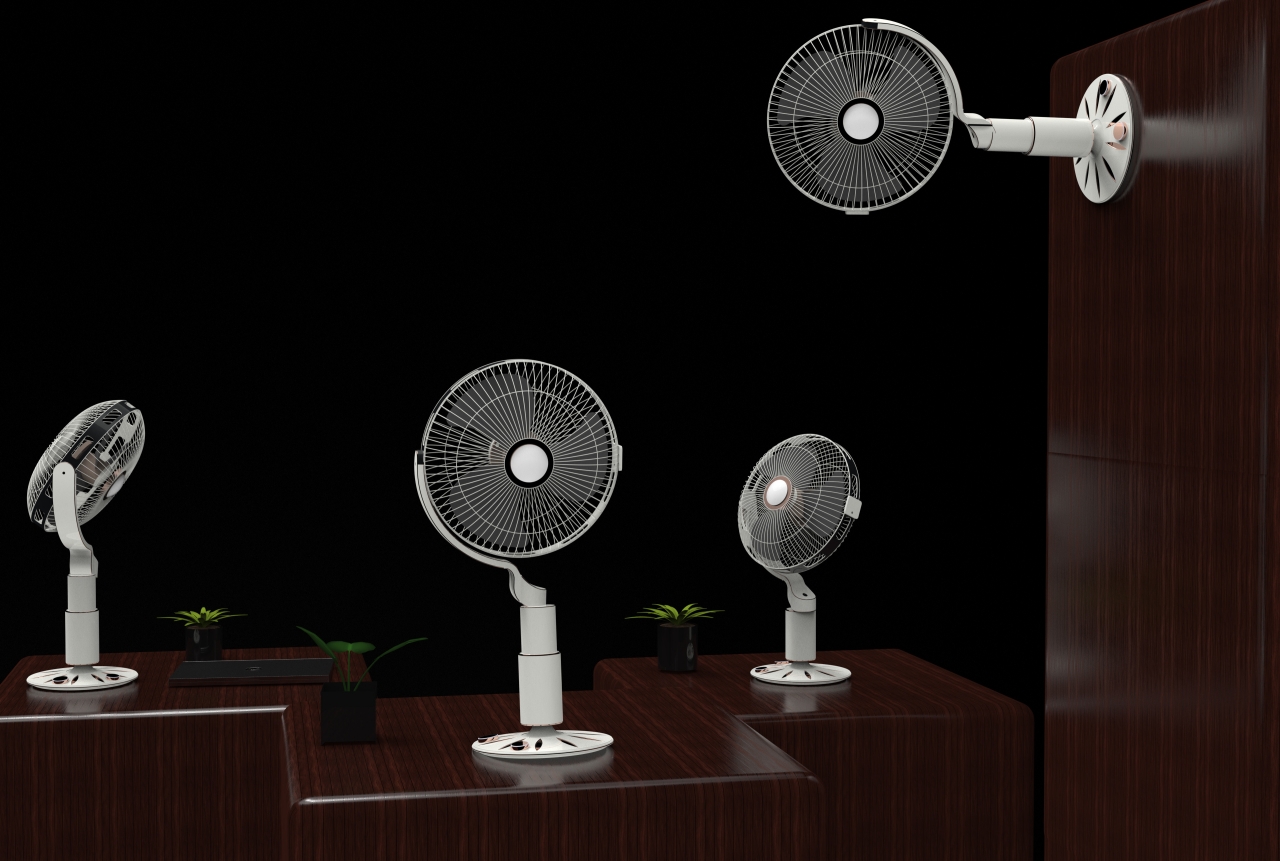 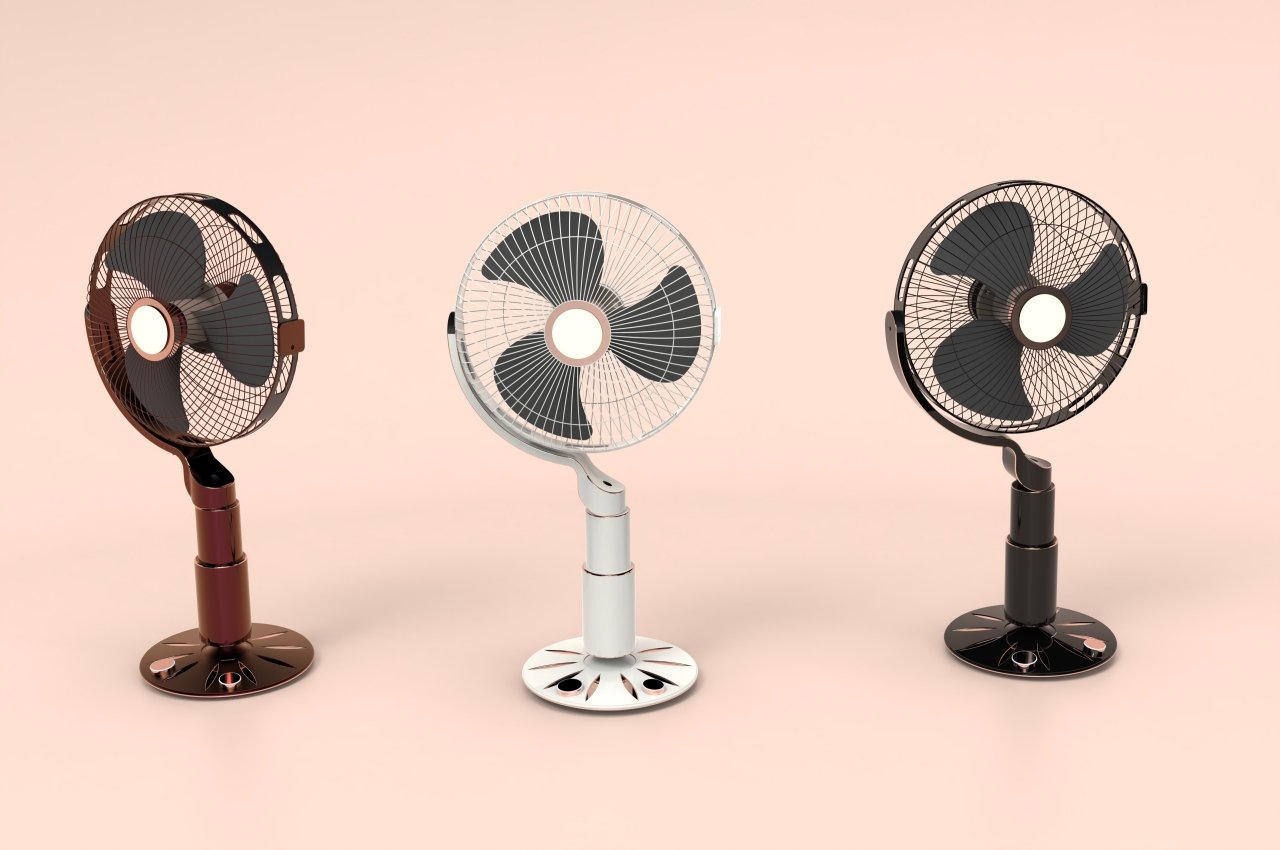 The LED light has different brightness levels so that you can use the same lamp as a desk lamp, a night lamp, or anything in between. Blazo runs on a rechargeable battery, and using the lamp alone can make it last for 8 hours. Both fan and lamp working together would cut that time down to just three or four hours, though the design doesn’t mention how long the fan would last on its own. 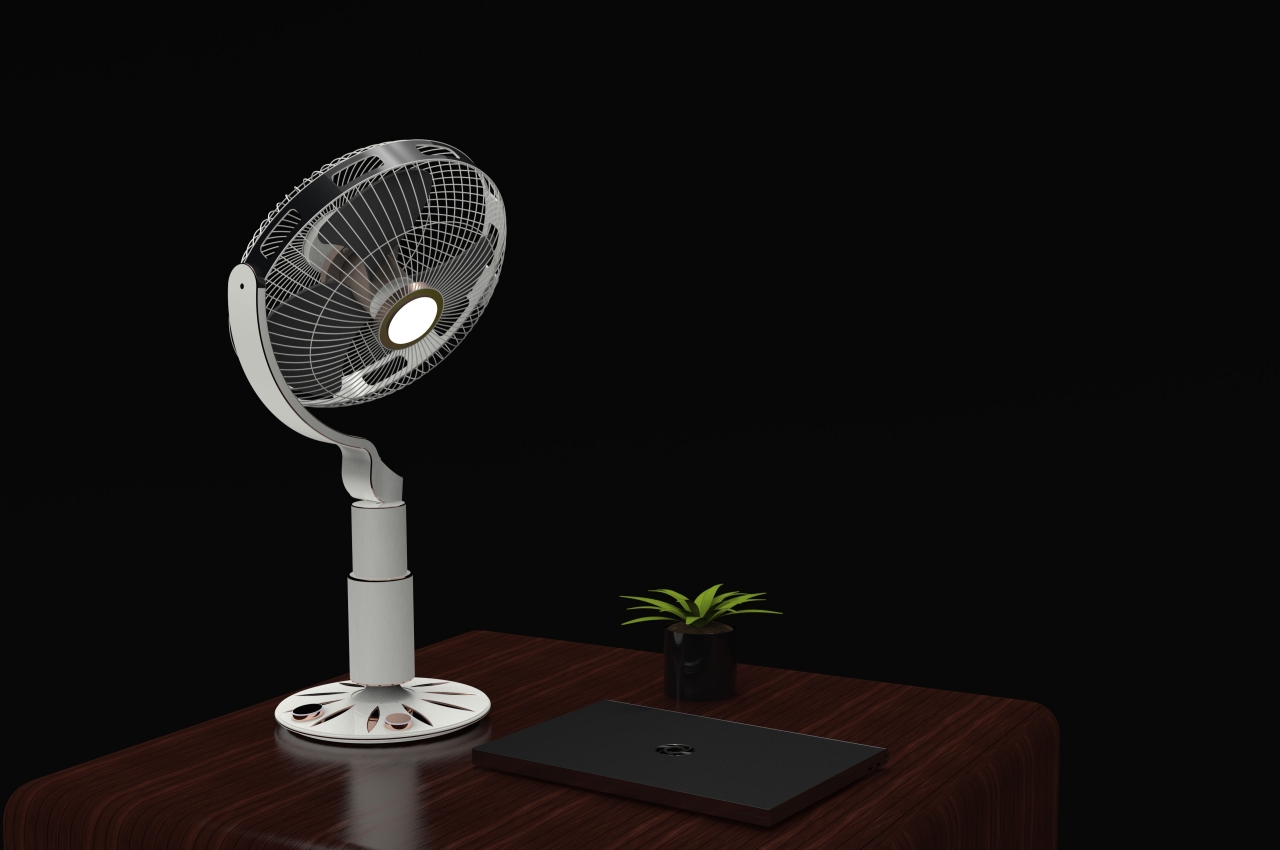 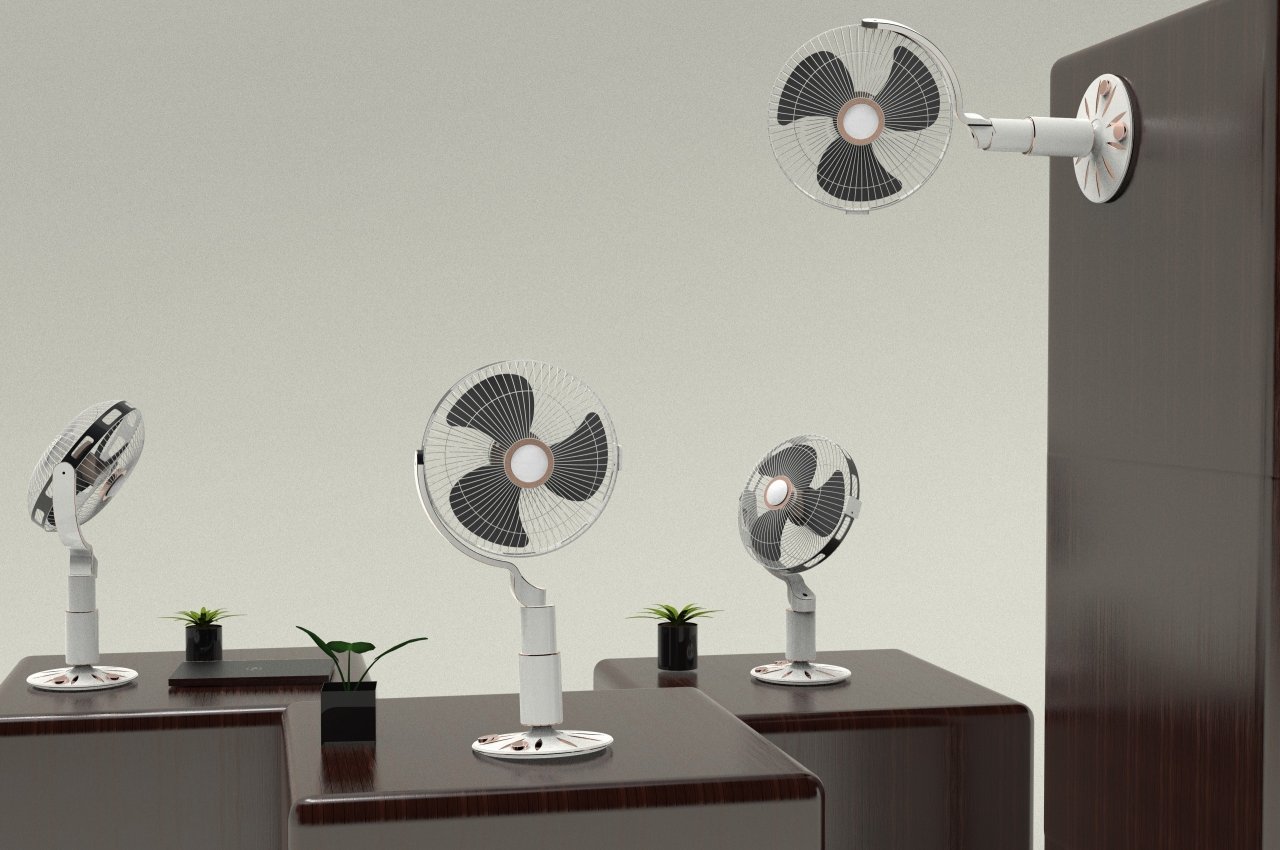 Blazo is flexible not only in direction and purpose but also in its position. Although the most basic configuration would have it standing on a desk, it can also be mounted on a wall if you prefer an overhead spotlight of sorts. The stand is telescopic, so it can be adjusted to your preferred height, though it doesn’t seem to get high enough for a conventional stand fan. 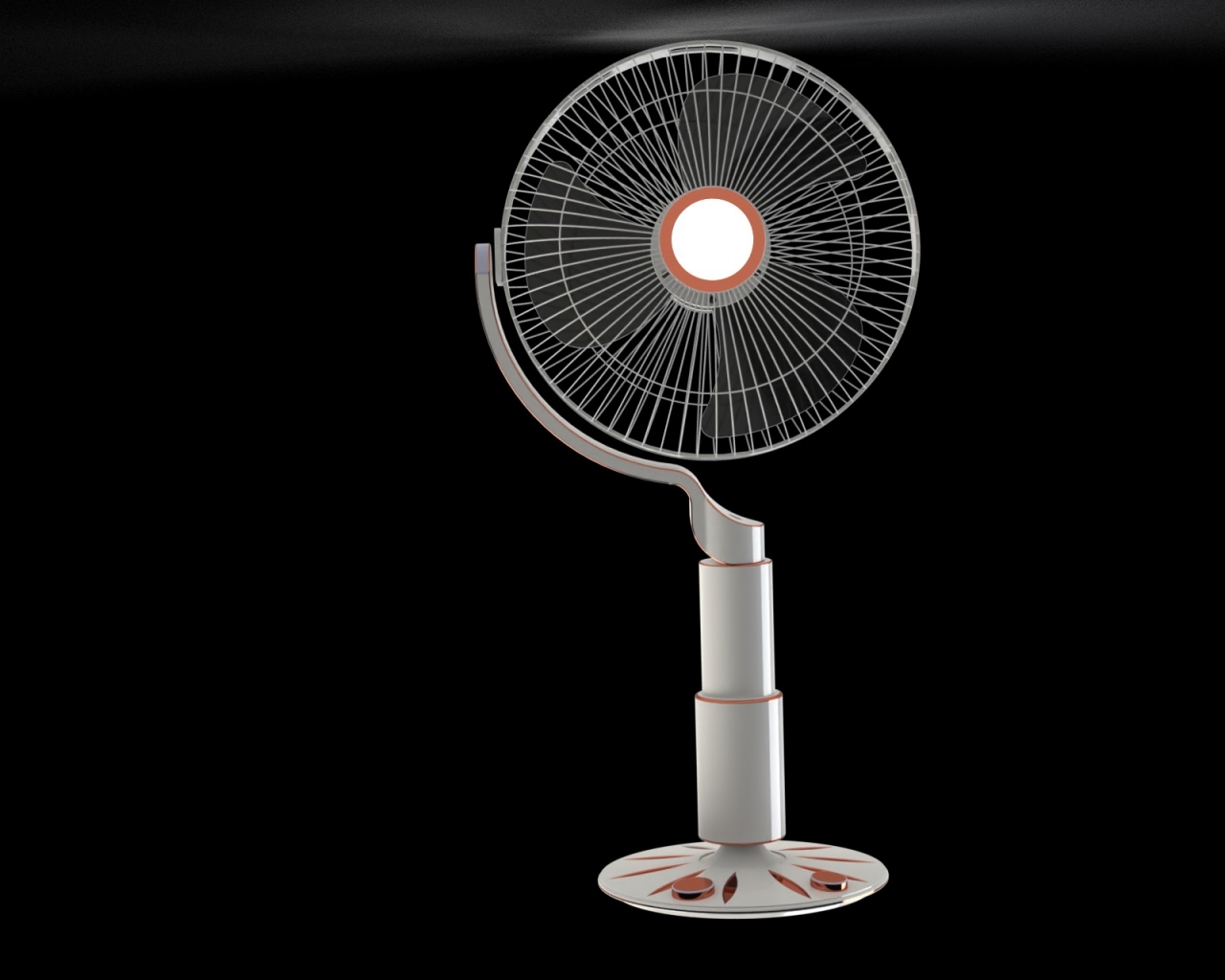 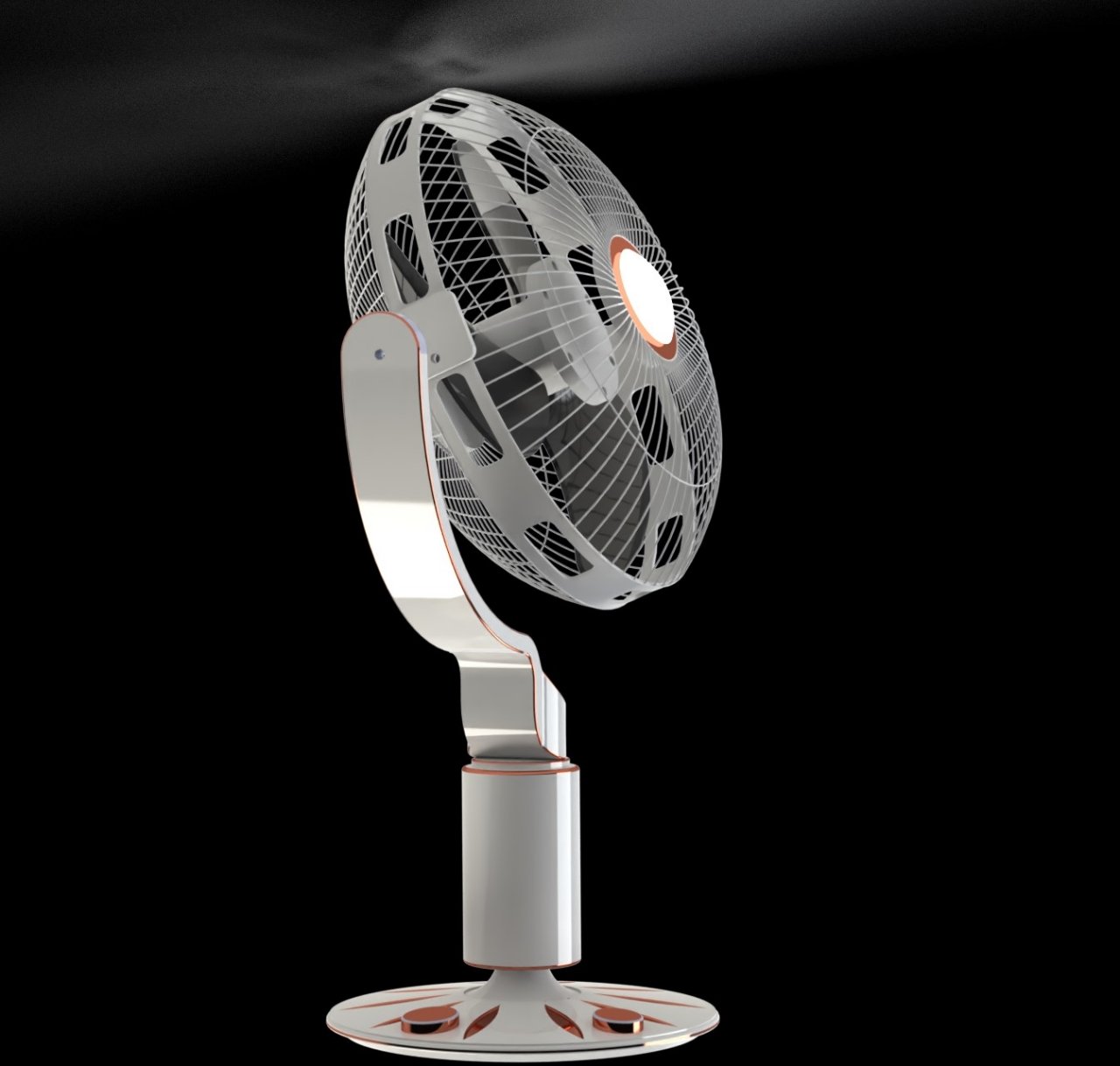 While the multi-functional design does look refined and useful, it does raise the question of who’d need to have an electric fan and lamp at the same time. Most people will probably just one function or another at a time and not simultaneously, since having a fan on a desk so close to your face can actually be a bit uncomfortable. Still, there could be other instances where a ceiling fan with a spotlight or a night lamp with a fan could warrant such a space-saving design, but one might have to stretch the imagination a bit to make a solid case for it. 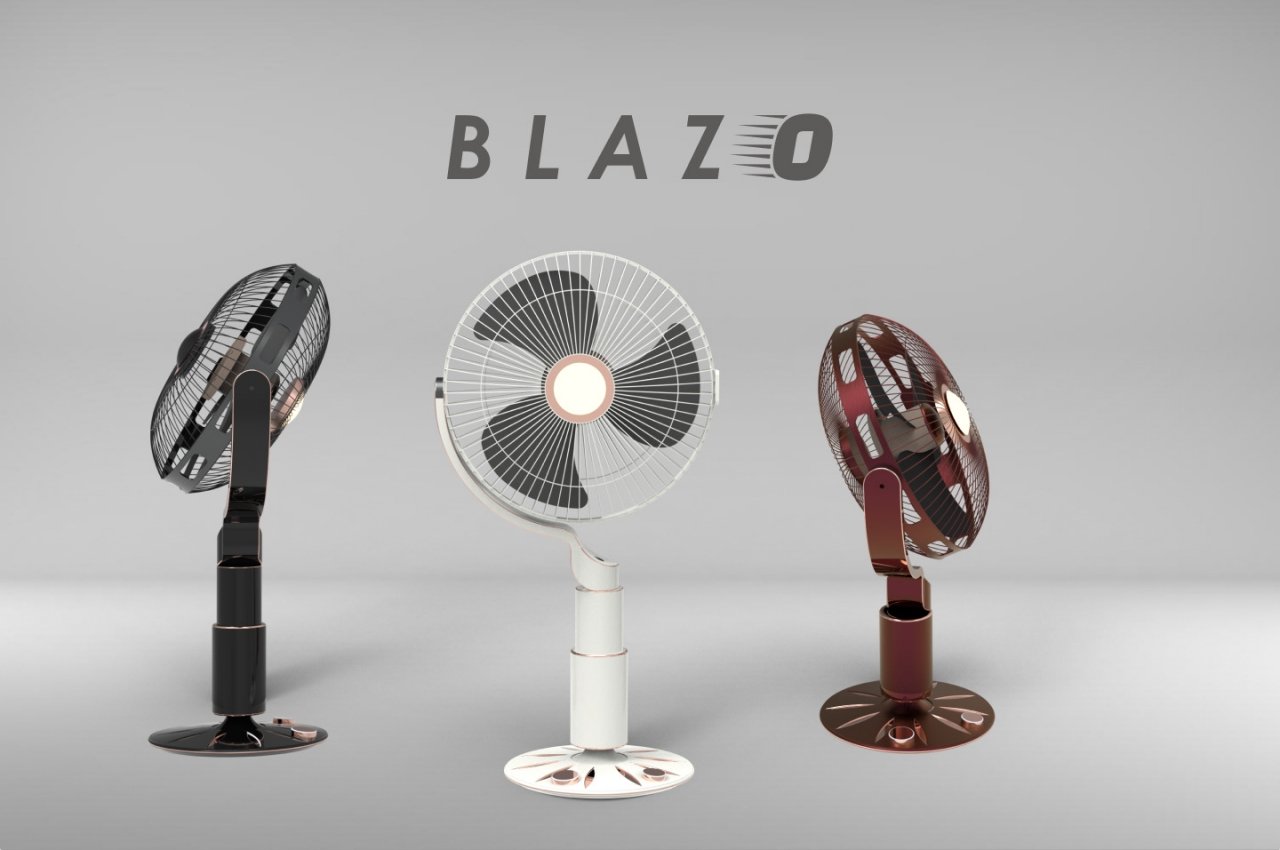 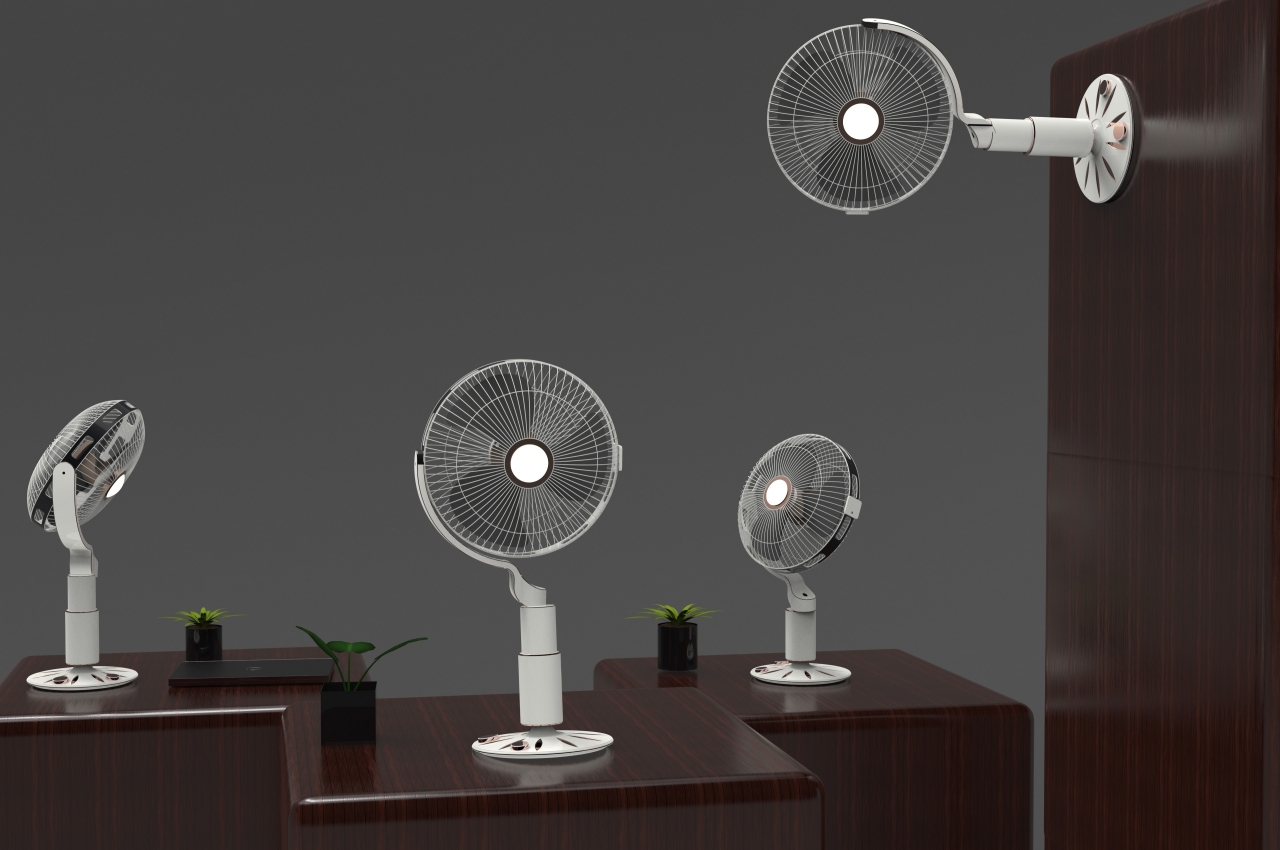 Now here’s a cool digital faucet that can perk up the ambience of your bathroom with its color coordinated flow. Casually called the Digital Faucet,…

Spike-busters and power strips usually sport their set number of sockets regardless the shape of the plugs to be used. Unless you go in for…

This Microsoft concept keyboard packs a tablet, touchpad and charger!

Nowadays work follows you everywhere! And with the help of innovative technology and smart devices, getting your work done anywhere anytime has become no issue…