Portable chargers or power banks are a dime a dozen these days, including the new breed that sports wireless charging capabilities. They might come in all shapes and sizes, but one thing that most have in common is that they look no better than plastic bricks inside your bag. Some even weigh like bricks, too. Granted, some people couldn’t care less about how their portable batteries look, but that is a frame of thinking that takes for granted the importance of a well-designed and well-made product. It also presumes that you can’t have both functionality and aesthetics in the same thing, which couldn’t be farther from the truth. That is what makes the NOA Daytripper stand out, not just for its dashing good looks but also for being a witness in the marriage of beauty and technology. 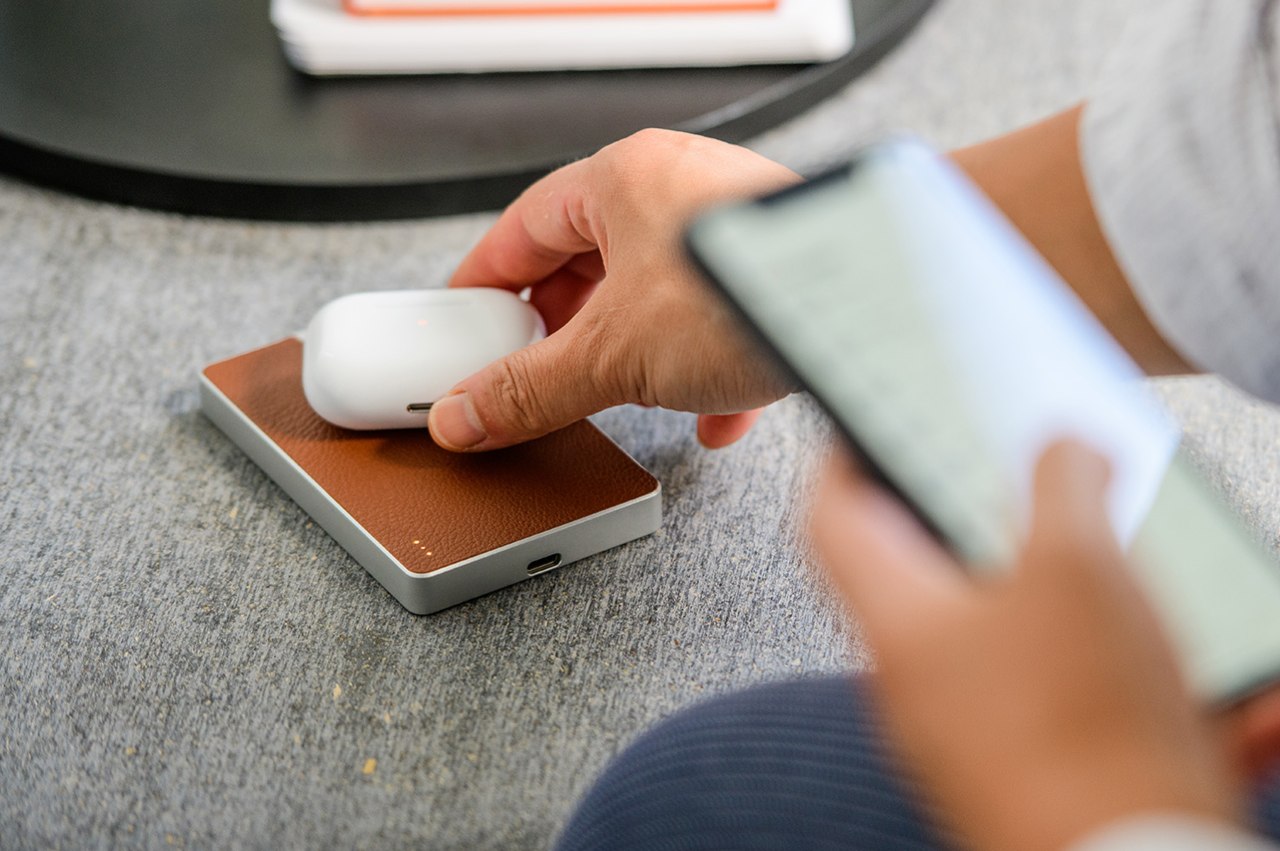 A lot of people don’t give a second thought to the tools that they use. Some might even scoff at those who fuss over beautiful stationery or stunning apparel. Sadly, this betrays a mindset that equates design with superficial qualities or even vanity, that something that looks good is immediately less functional compared to plain-looking tools. Worse, it also views tools and products as short-lived objects that you simply throw away without a second thought, adding to the world’s growing landfill and pollution problem. 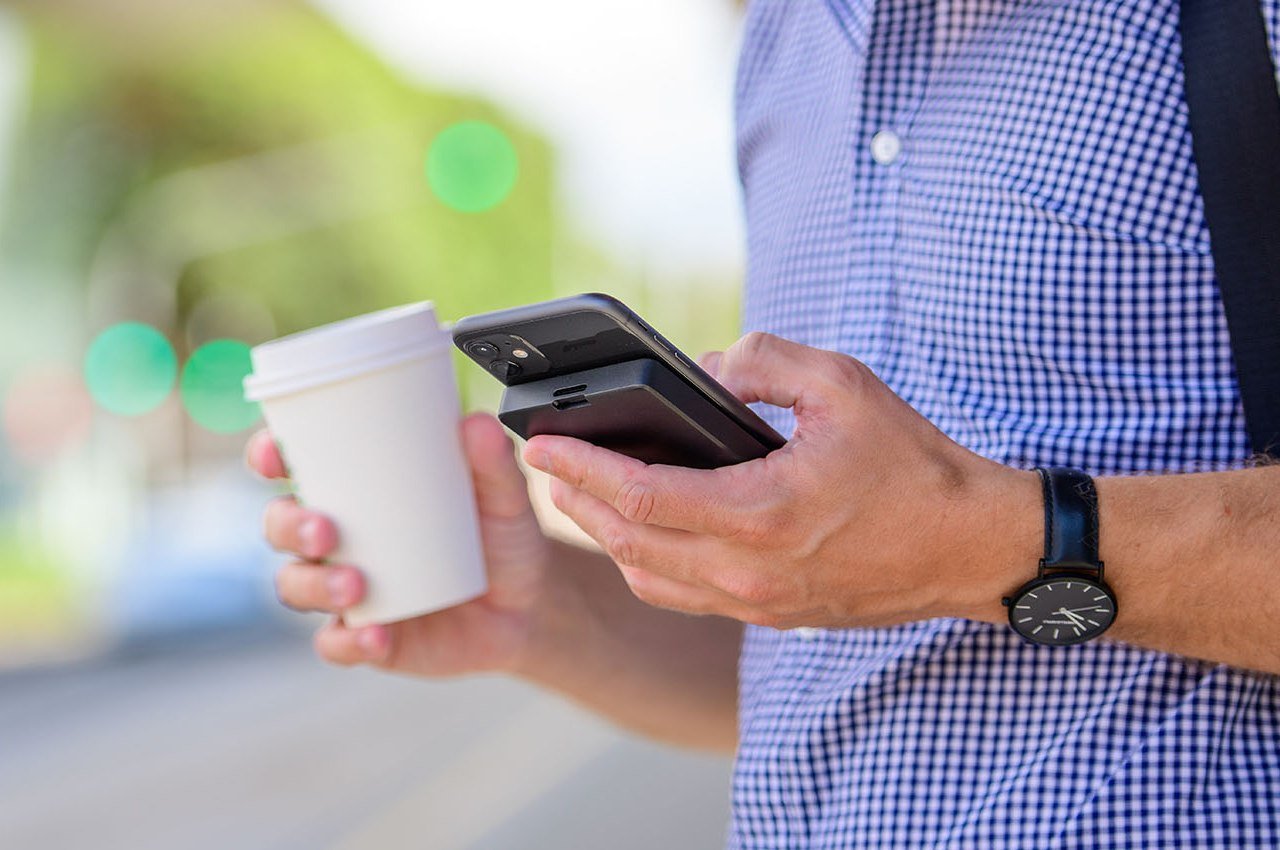 The Daytripper stands in defiance of that way of thinking by delivering a portable wireless charger that will make you feel good about owning such a stylish accessory. The 5,000 mAh battery inside is, of course, critical to its function, but it almost plays second fiddle to the overall design of the power bank. Make no mistake, it will get the job done without breaking a sweat, whether you need to charge a phone wirelessly or with a cable. You can even do both at the same time or charge both the power bank and your phone with one cable if you’re pressed for time.

Charging Configurations – Charge however you like. Base to base, perpendicular, or on an angle.

Charge 2 Devices at the Same Time – 2-way USB-C port can be used to charge another device.

Charge while Recharging – Simply plug Daytripper in and place your phone or device on top, and both will be ready to go for the next day. 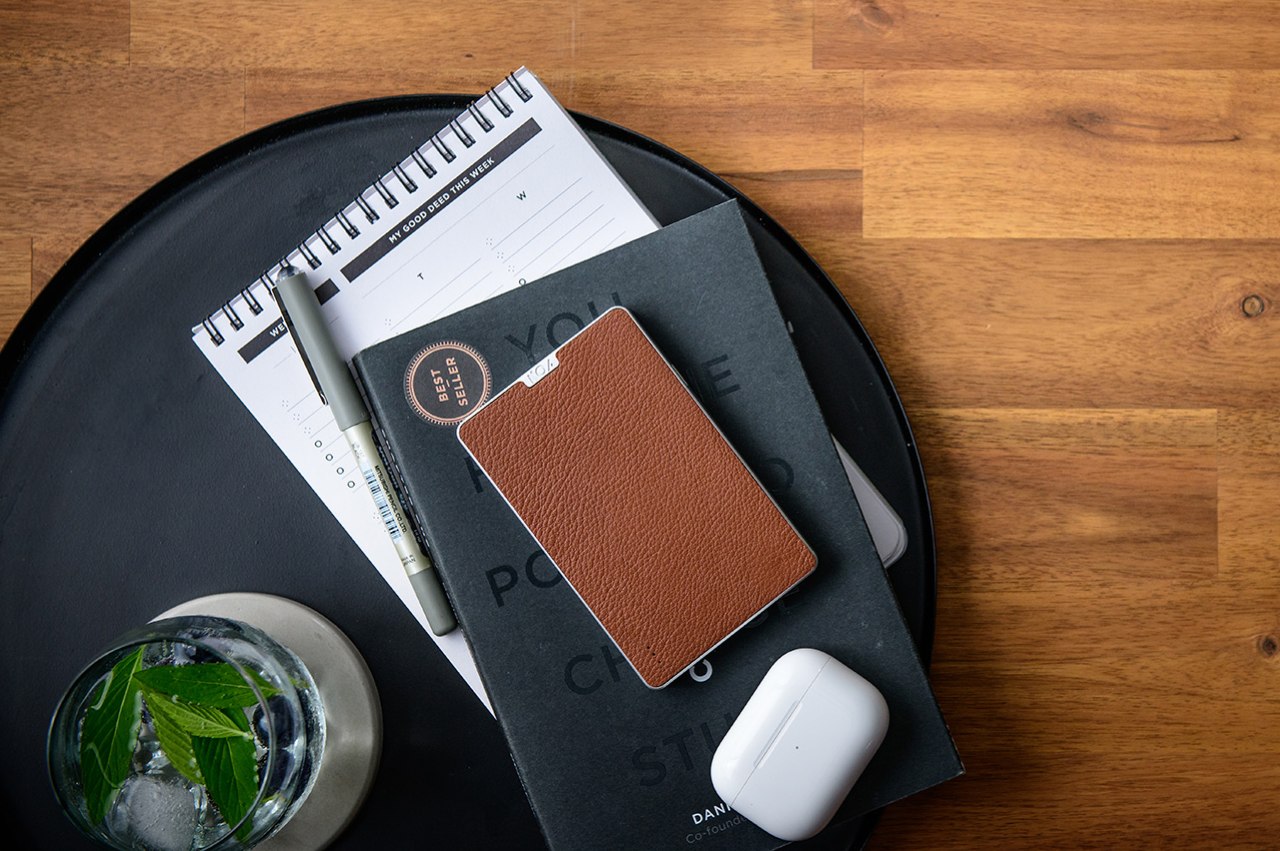 It’s hard to deny that the portable wireless charger’s appearance is also an important part of its appeal, but its beauty isn’t only skin deep. The Daytripper doesn’t just use materials that look good and feel good in your hand; its creators also chose those materials for their longevity and sustainability. In a small way, it is yet another example of how function and form go hand in hand. 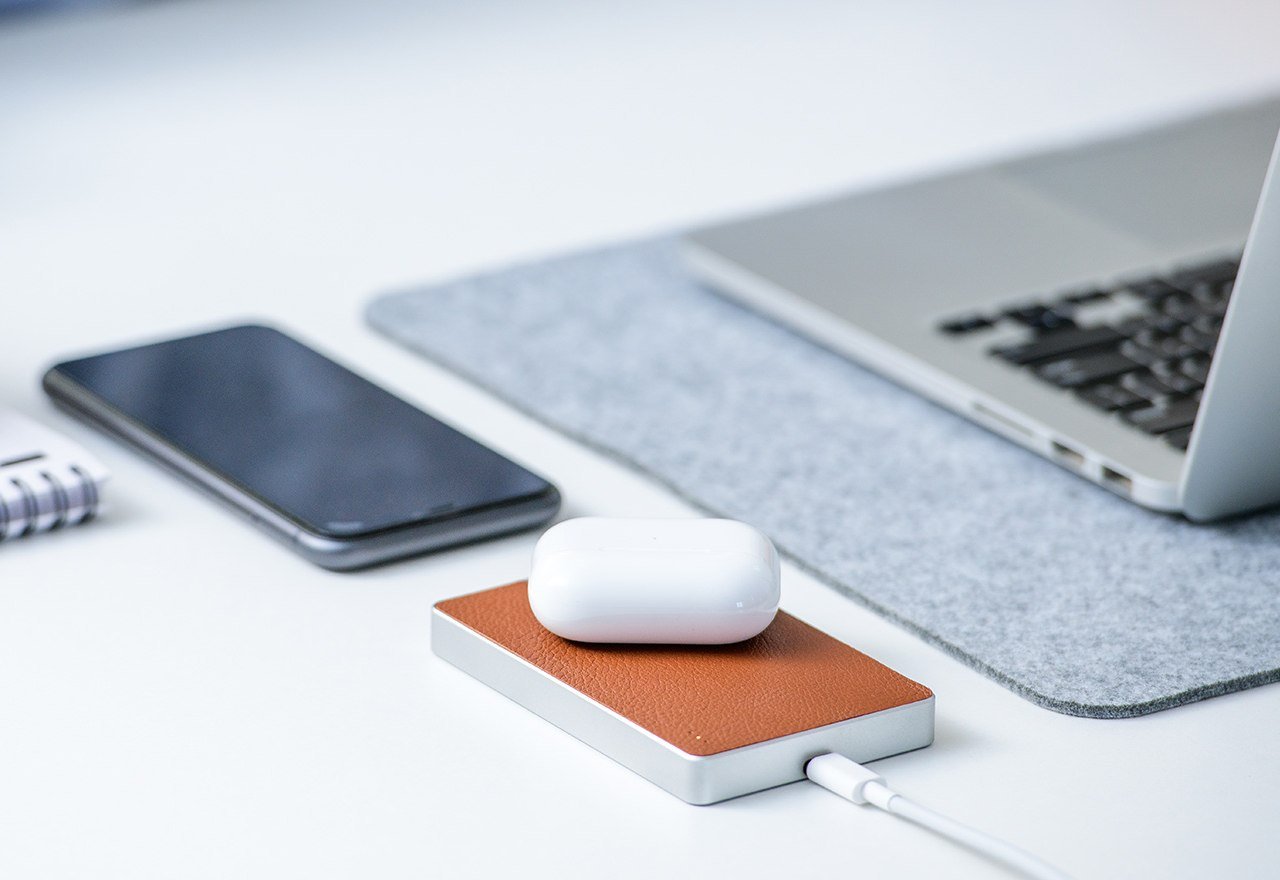 The body, for example, is made from a single block of aluminum, reducing waste and providing durability to the power bank. The genuine leather that serves as the charging pad not only protects our device from scratches but also develops a unique patina over time to add to the charger’s timeless beauty. Even the ABS core structure underneath the leather that provides the rigidity it needs can be separated from the rest of the body to be recycled when its end of life finally does arrive. 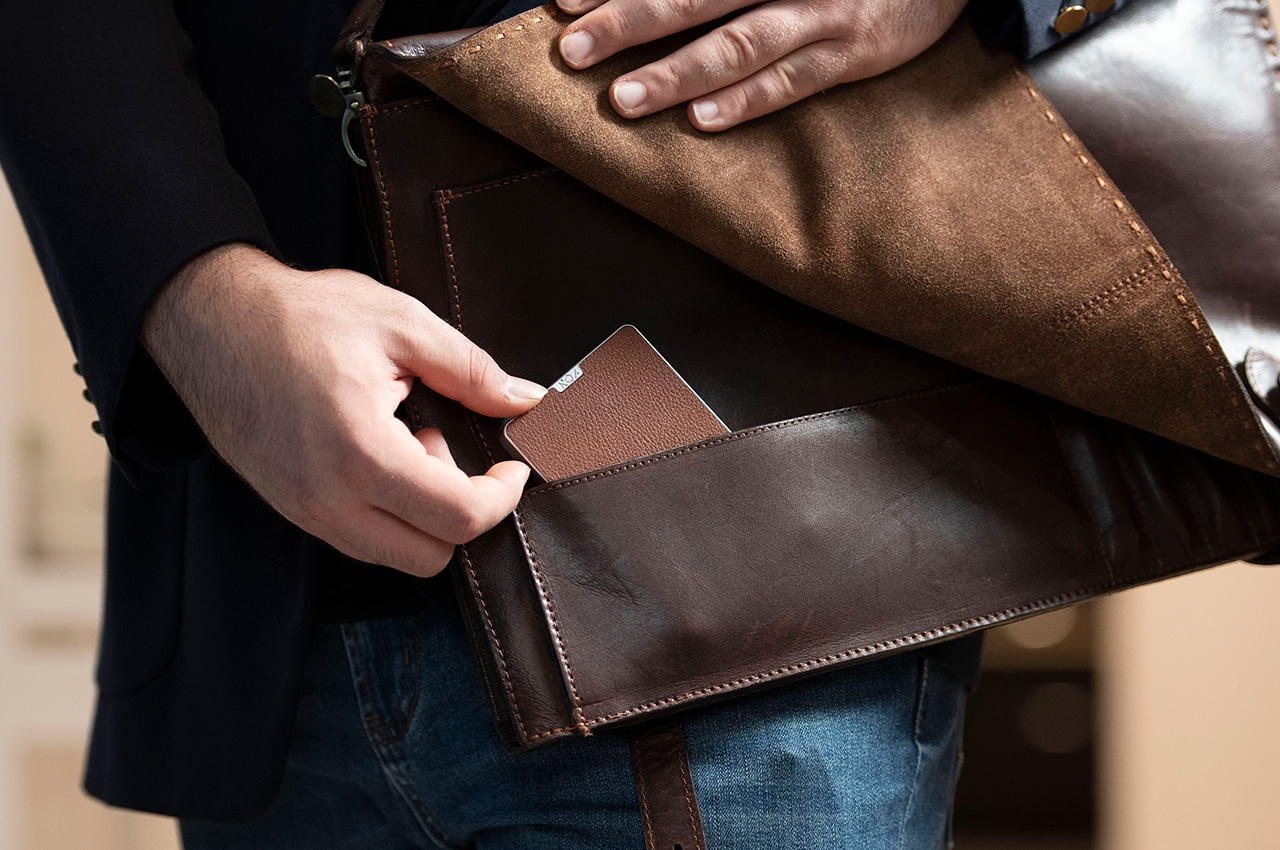 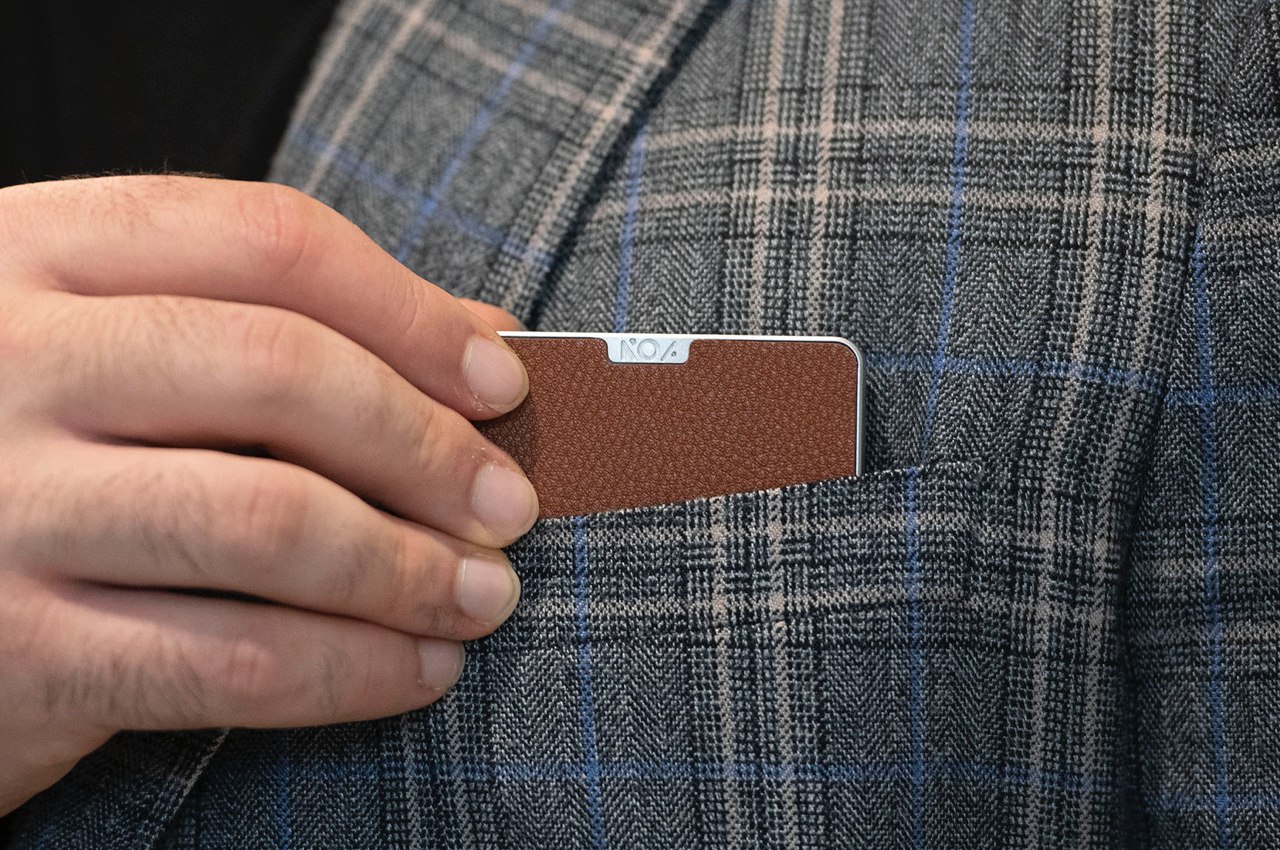 Versatile, functional, and beautiful, the NOA Daytripper portable wireless charger embodies what a well-designed piece of technology can be like. Its durable and natural materials encourage you to develop a personal attachment to the product, giving it more attention and more care than you would a regular power bank. And because it is designed to last and to be kept for far longer than its peers, it won’t be finding its way to a landfill any time soon.

https://www.kickstarter.com/projects/jewelice/jewel-ice-make-the-perfect-ice-period I never really thought of ice as much more than an element to chill a drink, but that’s all changed now that I’ve laid…

Did you ever imagine an electric scooter made out of wood? I didn’t but it feels like something Geppetto would make if he was in…